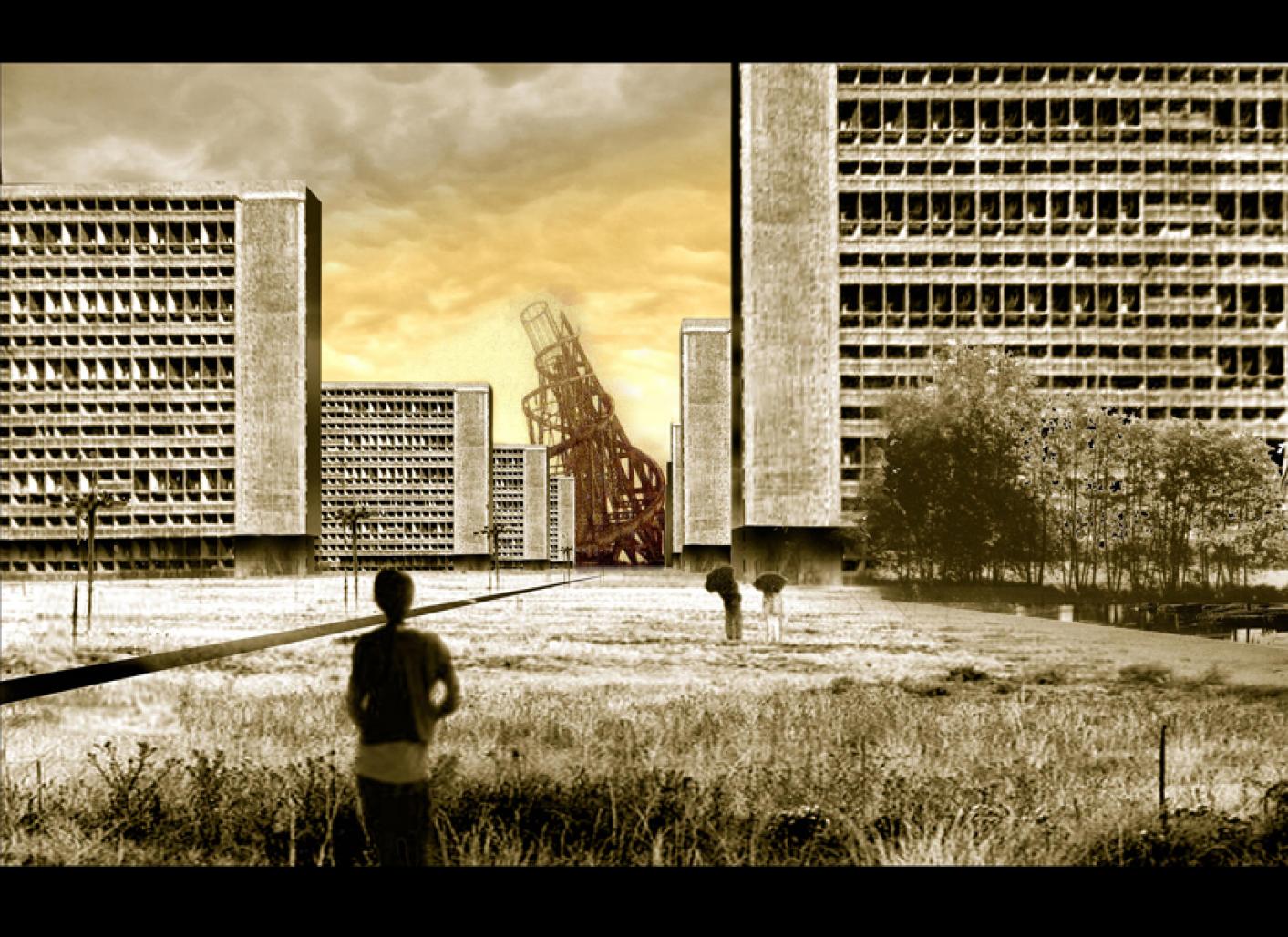 "The slow but inexorable march of history reserves for architecture a sequence of alternate phases, each lasting about thirty years, at the start of which each generation takes up a critical attitude towards the previous one. Contemporary architectural culture is now in this transitional phase: today’s paradigms will gradually lose their importance, disappear or be replaced by what we today considerer as values opposed to the established values of these years. It is to be hoped that architecture will reacquire a radical formal identity. There is no doubt that this phase will peter out once its paradigms are exhausted, but during its development architecture will return to the centre of interest of the discipline.
Architecture in the service of society and its policies will also affirm it’s absolute character as a material entity.
The contemporary debate over themes such as urban analyses, strategies, diagrams, etc. Is a useful line research, but one that we consider secondary. Architecture is critical – in its intrinsic, formal nature – at a time when its reflects on and consciously revises its instruments and procedures: nothing can explain the nature and significance of architecture better than architecture itself. Architecture is ‘matter’ and architects have to work witch the vocabulary and syntax of matter.
It is within these general considerations that we intend to construct the design work. The principal objective of the work will be the design and project of an architectural object not just relevant to the set topic but one that expresses the architect’s position towards the fundamental themes of the composition, design and construction of architecture. At best, the designs produced by our office should also formulate, in a clear and rigorous manner and trough the exclusive use of architectural language, new paradigms in which a radical renewal of the discipline can be glimpsed.
This formulation will be achieved by devising a Manifesto: a new paradigm is impossible without a careful construction of the iconographic and representative apparatus of the project.
The design will thus be understood as a fundamental instrument to express radically and polemically the deeper meaning of architectural practice."

The central Veneto area, lying approximately between Padua, Treviso, Castelfranco and Mestre, has one of the most unusual settlement systems of northern Italy.
This project starts from the view that the phenomena of urban sprawl should be stemmed, as the sprawl gives rise to a great number of problem, among which we might mention the excessive proliferation of infrastructures, with costs for the government that are unsustainable in the long run and break the delicate environmental balance of the system created by roman agriculture colonization.

The new city is set in the area of Camposanpiero and adopts the principle of the Roman grid as a strategy for protecting the area while making it denser.
The project’s objective is to propose a new from of urban living that brings together the advantages of community life with careful use and improvement of the existing environmental system, while rebuilding the almost completely obliterated relationship between the people and the farmed fields.
The essential idea is to build at the edges of the Roman century, leaving the interior unaltered and maximizing the contrast between density and empty space.
The presence of existing settlements, particularly along the east-west line along the centuries’ horizontal axes inspired taking the free sides of the centuries on the north-south line as the primary direction of new construction.
The height of the buildings makes it possible to concentrate a large number of inhabitants along the succession of canals and boulevards and lets one orient oneself in the area.
The proposed buildings are intended as stan

Absolute Architecture. City vs Sprawl - by LOKOMOTIV.archs office in Italy won the WA Award Cycle 4. Please find below the WA Award poster for this project.