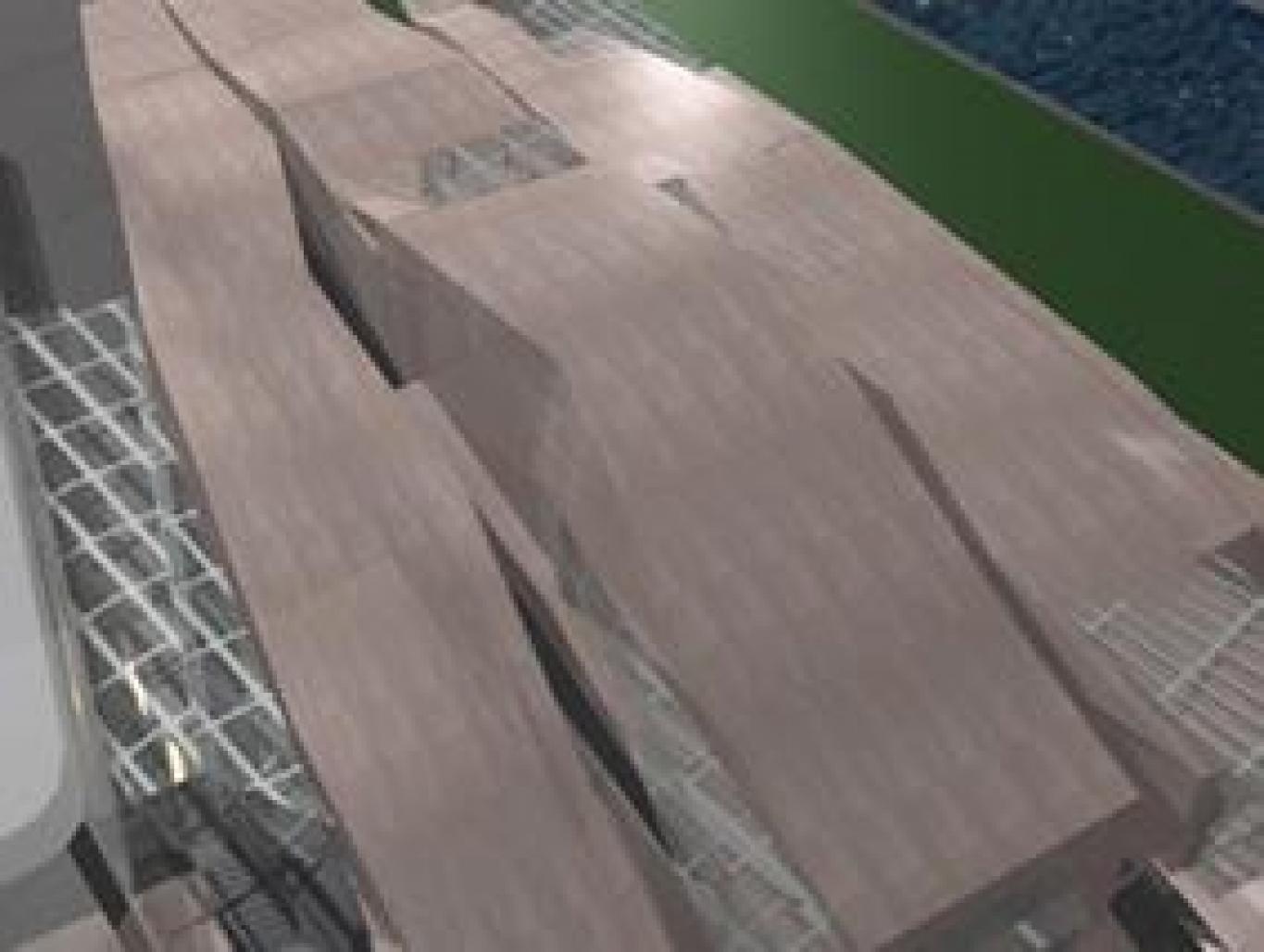 Analyzing the characters of the location of the extension of the Kulturemagazinet we immediately pointed out, beside the historic and cultural architectural presence, the outstanding potential of the natural environment and the bay. This has been our first thought and the main input in order to start and conceive the project for the new Art Center. We wanted to put in communication as much as possible the cultural center, the existing one and the new extension, to the natural environment of the sea. Connecting at the same time the natural environment and the historical tissue of the city in an integrated urban system. For this reason the project is oriented and open, as much as possible, to the sea, connected to the historical part of the city and is giving the side to the river with a long facade designing a new riverfront and defining the urban spaces around the building. Architecturally speaking the new art center is organized in an articulated building mainly the result of by the intersection of 3 volumes, growing from the growing and ending facing the bay. The 3 volumes contain the main theaters, open towards the sea, and join themselves in a common space connecting the different activities of the center, such as the spaces dedicated to the dance and drama rooms, the workshops, the foyers, the bars and restaurant, the offices, the exhibition spaces and all the other facilities. The common space is furthermore connected to the Kulturmagazinet through a light glass volume that wraps part of the north façade of it. The building, articulated but architecturally consistent is also a panoramic pedestrian sloping path allowing the people to access directly the theaters and to enjoy the views over the city and the sea. The new Art Center is thought as an articulated system geometric opaque volumes intersecting with glass volumes visually opening themselves to the outside in the areas of the theaters and the offices and where it is necessary in order to guaranty light, view and air to the interior spaces. The geometric volumes are white stone wrapped steel structures presenting themselves as pure shapes, consistent in every part, including the horizontal and walkable surfaces of the square facing the east façade of the Kulturemagazinet and the panoramic slope.