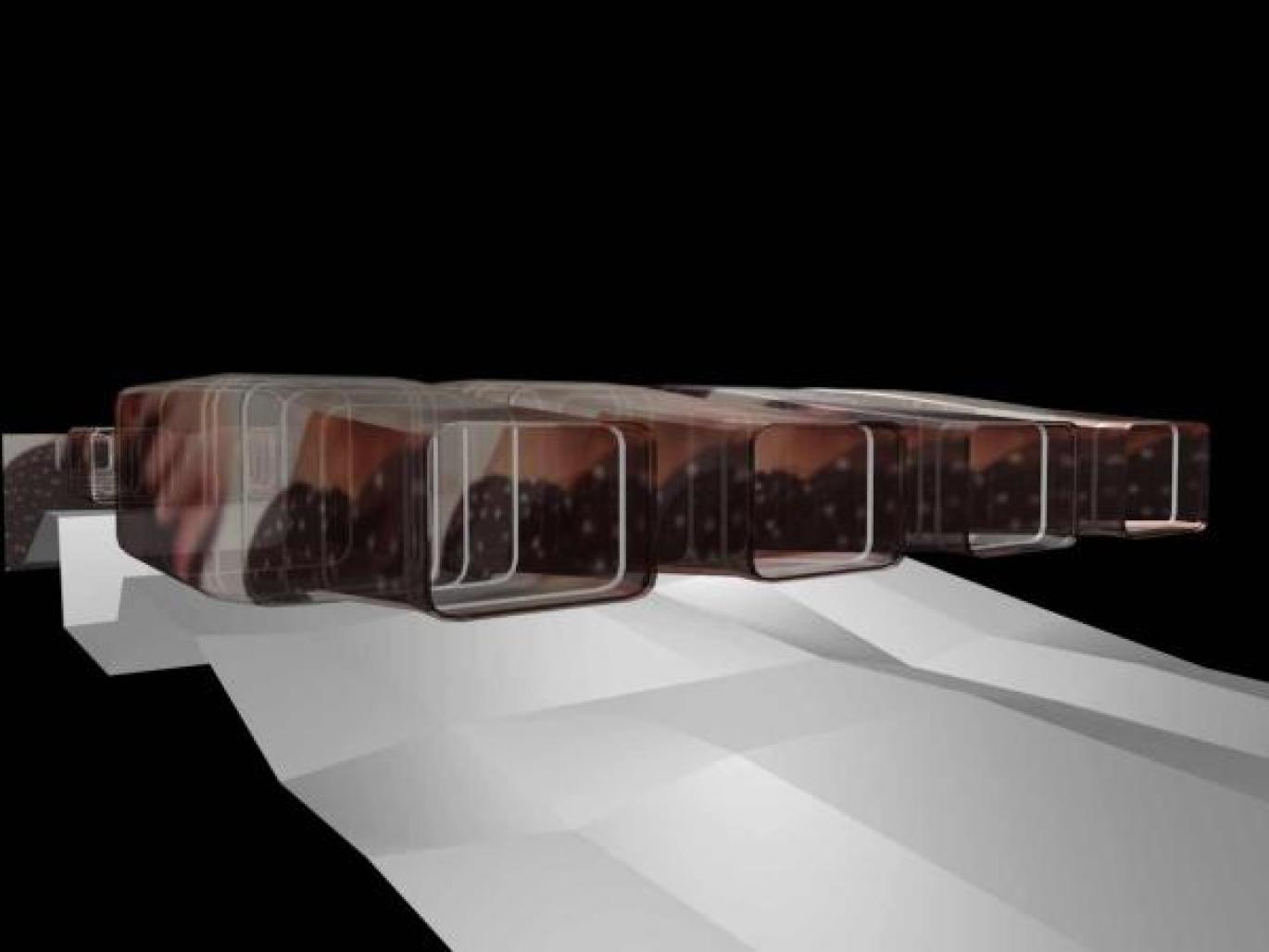 This was a proposal for an Installation to be built in Milano, Bicocca area.
The project, developed in collaboration with Limiteazero, consisted in a visual and audio perception open space; physically a sequence of videos and sounds were broadcasted by a series of big sculptural binoculars.
The visitors were supposed to become involved in a suggestive atmosphere in contraposition with the urban environment with its lights and noise.
The Binoculars themselves, built with semi transparent and translucent material and lighted from inside by the video projections were changing their appearance even from outside, defining a continuously mutating environment.
The visual and sound system were controlled by a computer software, functioning independently or according with the flux and the quantity of the visitors.
The installation, even if has been thought for a specific location, could be easily mounted and dismounted and travel to a new place and even multiplied adding new binoculars.