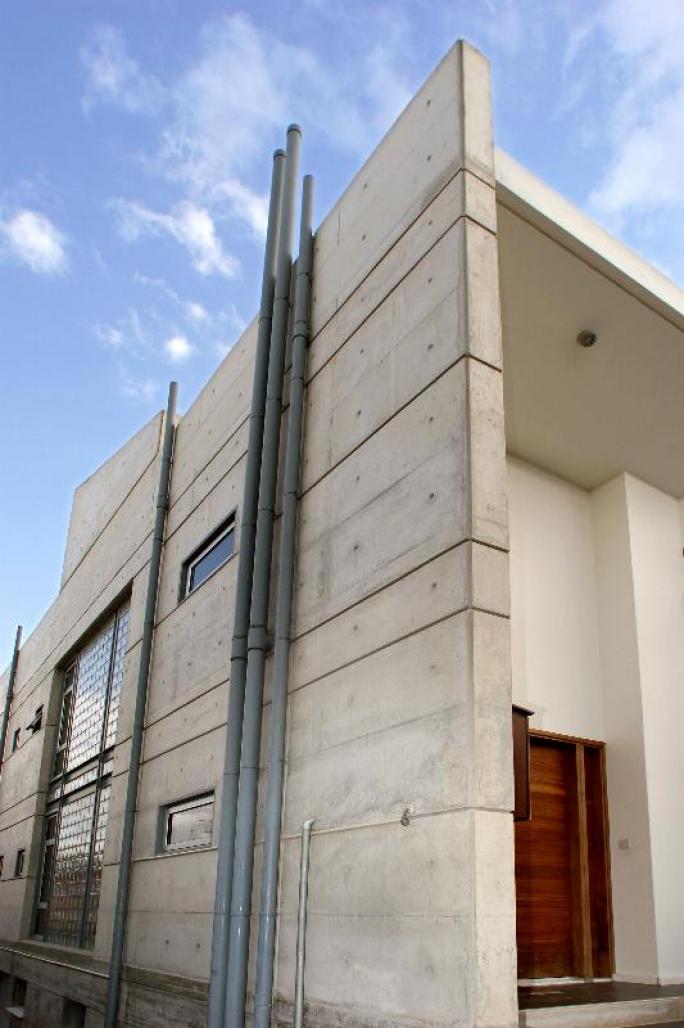 The search of the unexpected led us to the interjection of central void, that as a mediating space of circulation and light to organize the residence in two regions and through which “you pass opposite”.

It is there where the interior is diffused to the outside, and the reverse, so that the blind north-east limit of the building is being pierced.

The circulations, horizontal and vertical, become centrally in the heart of the composition and while they organize the spaces in geometrical apposition they function as the sovereign elements of the whole composition.

The intense bent of the plot dictated the base of the building in which the vertical surface of concrete is been structured, so that the dialogue of the volumes are been fixed on it. The roof of the building unifies the volumes in one and smoothes out their movements maintaining the scale of the work.