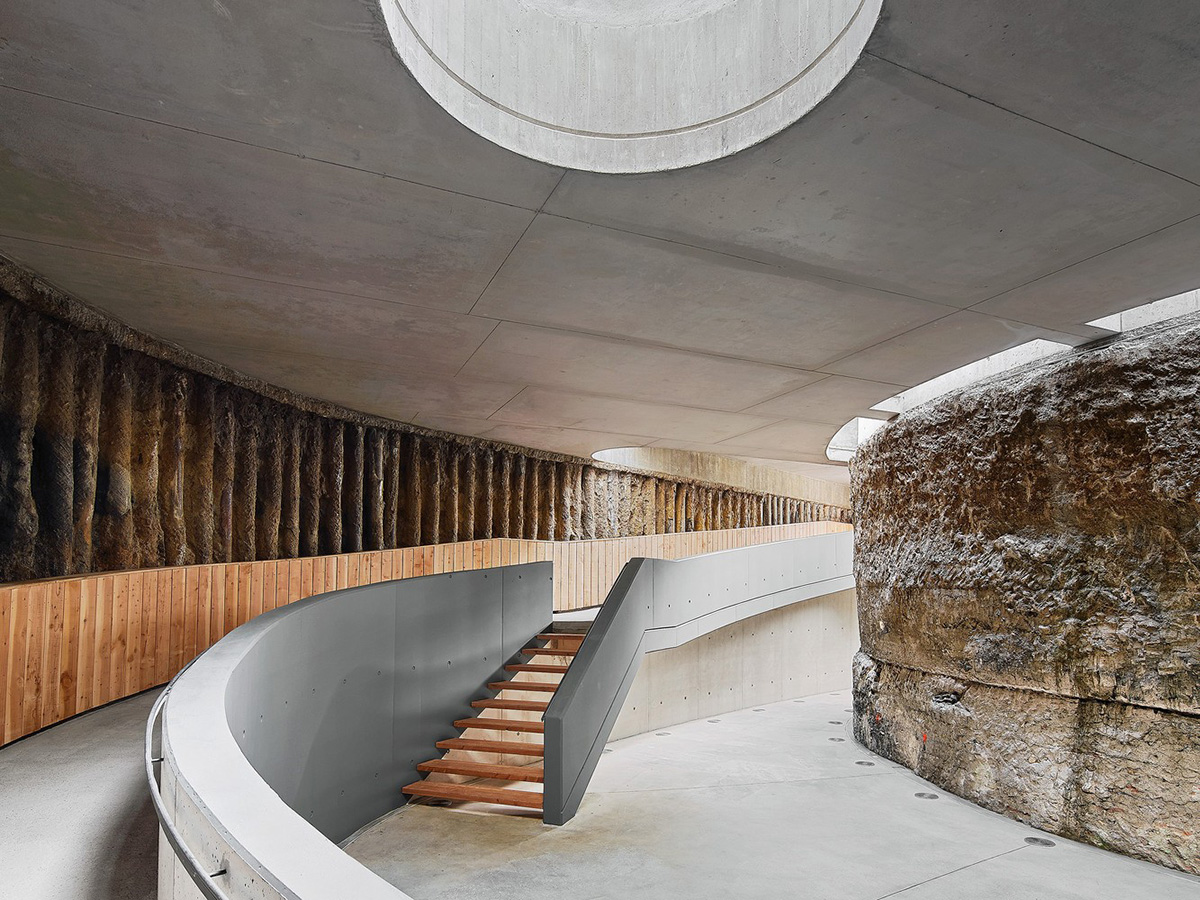 Barcelona-based architecture practice TwoBo Arquitectura together with Luis Twose Arquitecto have restored the Aigua de Vilajuïga complex with vaulted bricks and exposed concrete, which aimed to bring light into the space that had never seen for years.

Located in Vilajuïga, Spain, the newly renovated 2,000-square-metre complex introduces a new subterranean world with its flowing spaces and new materiality that complements each other with its historic presence. 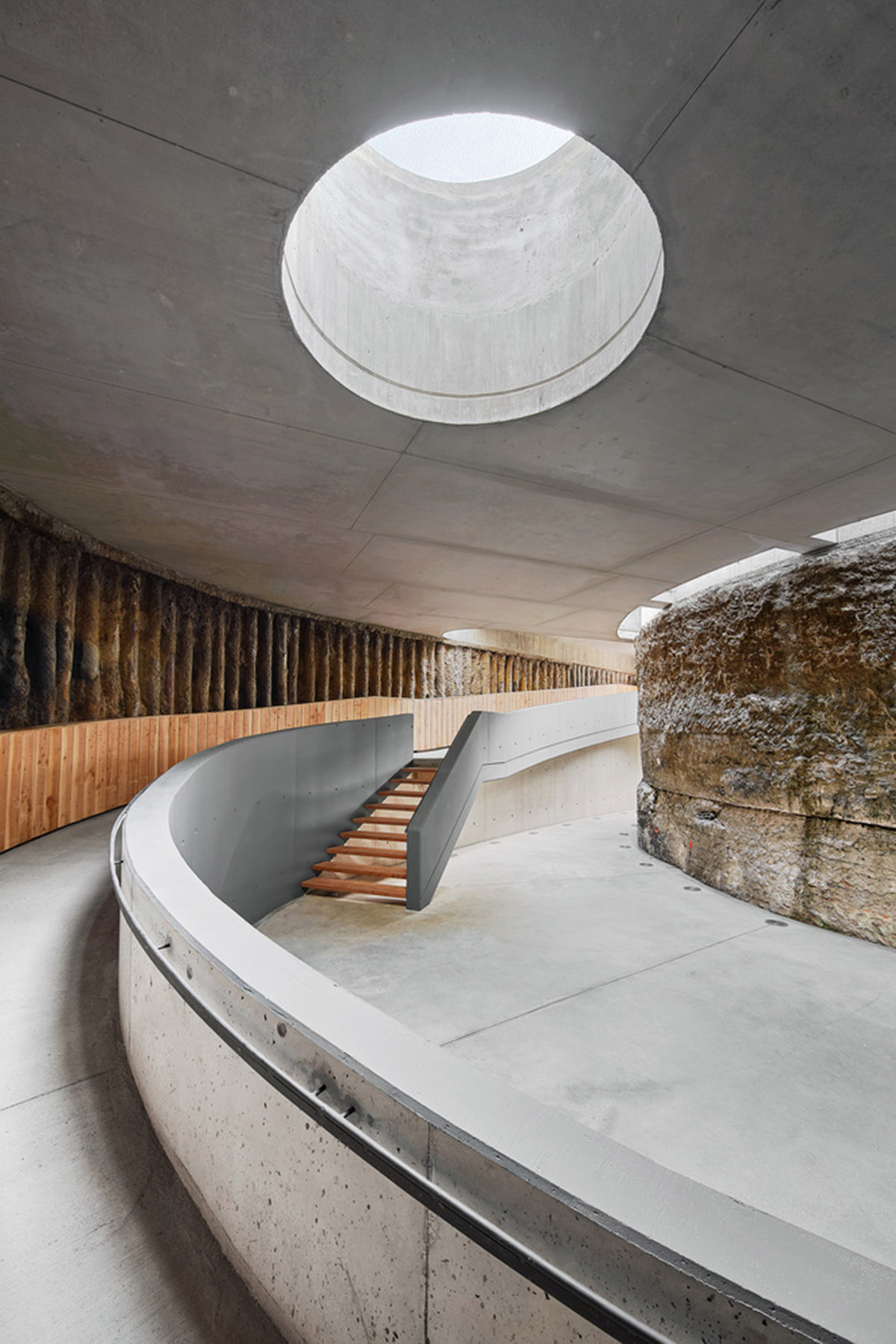 The complex could only be understood with the essence and presence of the water flowing underneath the complex for years.

As the studio explained, an underground aquifer of carbonated water has flown continually since 1904. The architects stated that "the wells and the buildings scattered in the area are the tip of a world that has never seen the light of day." 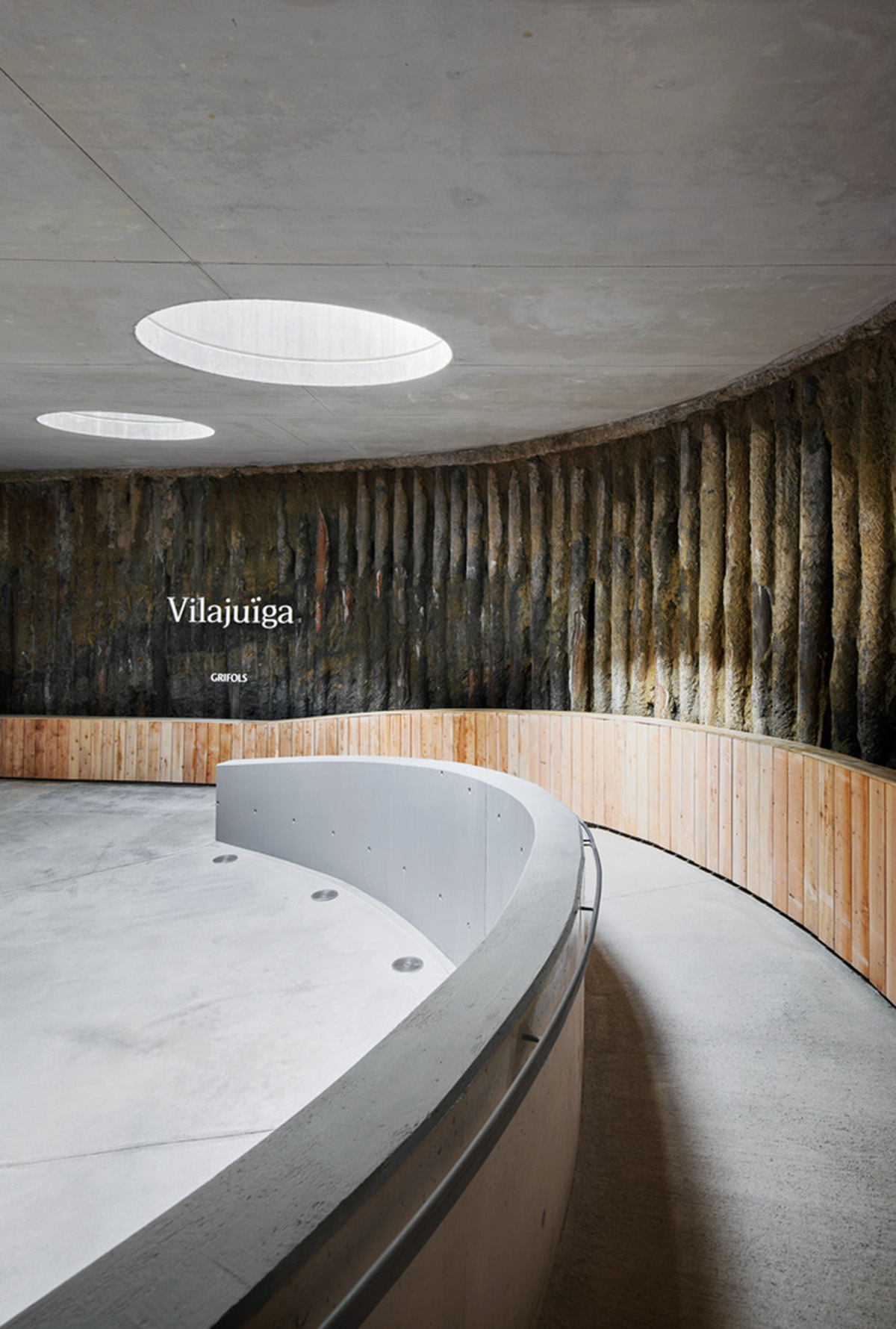 The architect's aim was to bring a light to this underground space, while providing a continuous movement for people who visit this space. 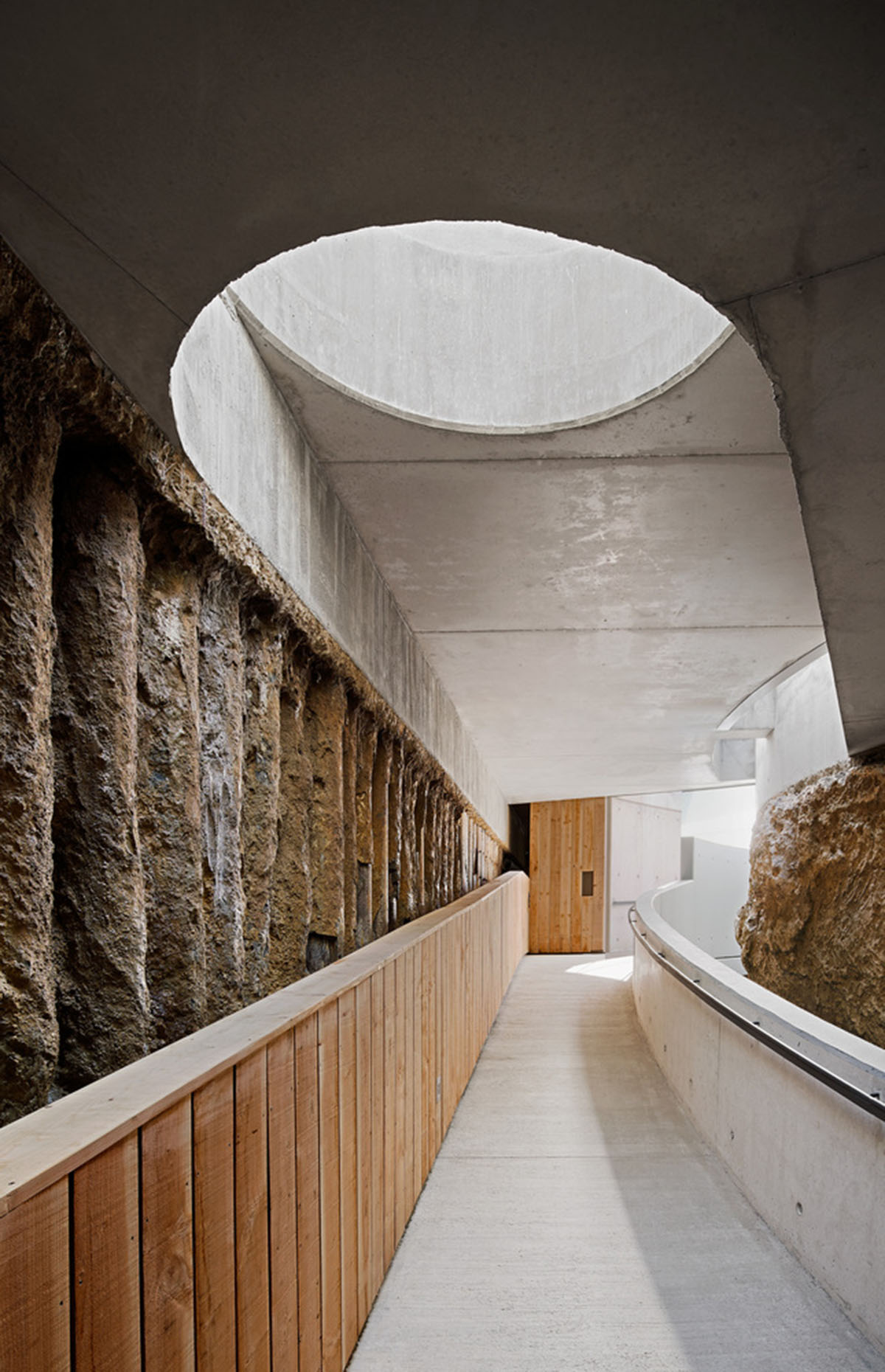 On the surface level, the team didn't change anything. The atmosphere of the existing space was so timeless and worth keeping intact, according to the team.

An old 19th century farmhouse was a key design element for the studio since it remained long after everything else around it passed. The studio cleaned and organized the main house, small blocks and modernist building - according to them, these buildings unveiled forgotten details that captivated us. 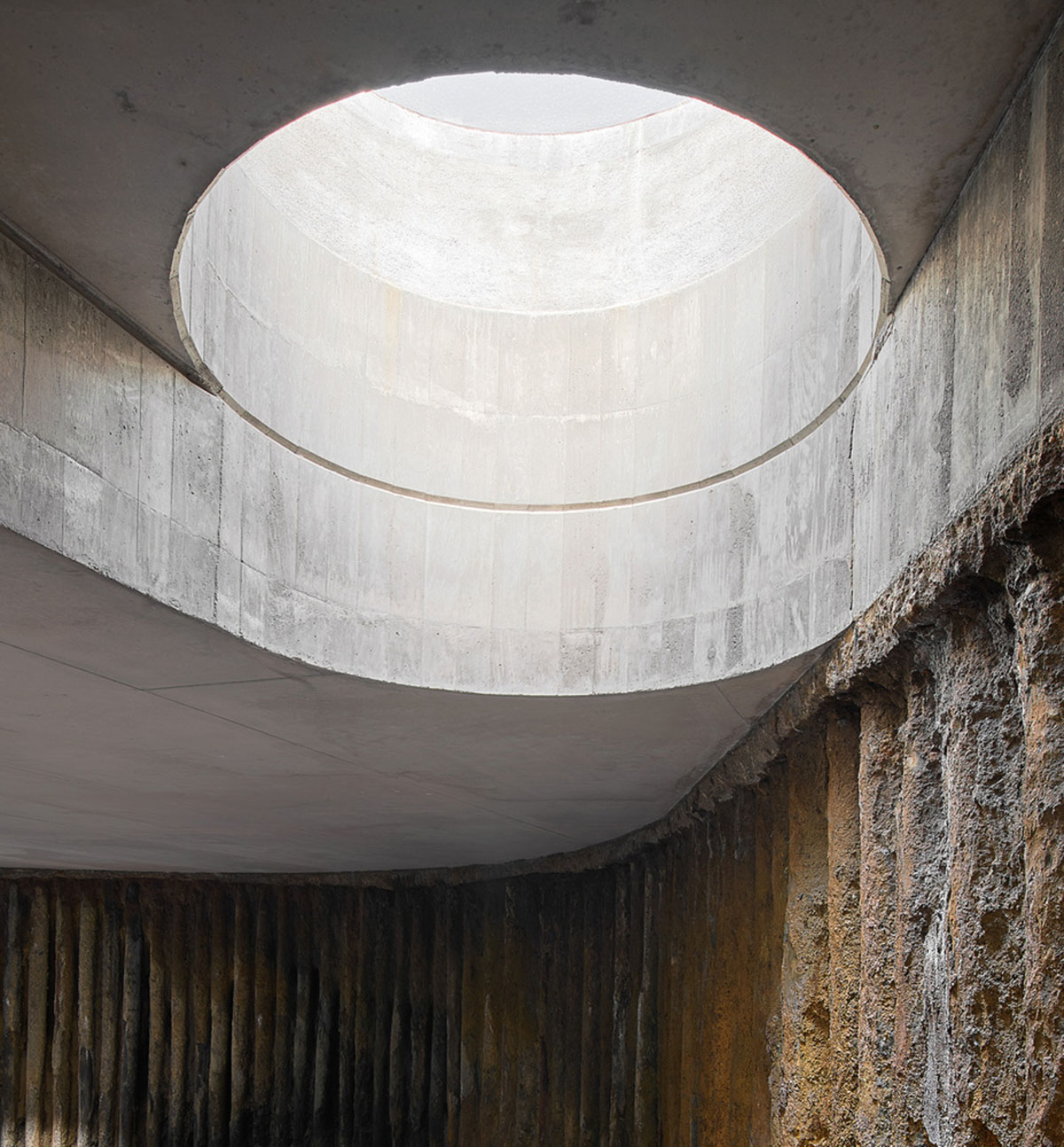 On the underground level, the architects designed every element to introduce a flowing journey to its visitors. By excavating the ground below, they wanted to reveal make the experience of deep water that can be a tangible experience for visitors.

The details of the projects explicitly show that this project is about "digging, descending and bringing to the spotlight" what's usually hidden in this space. 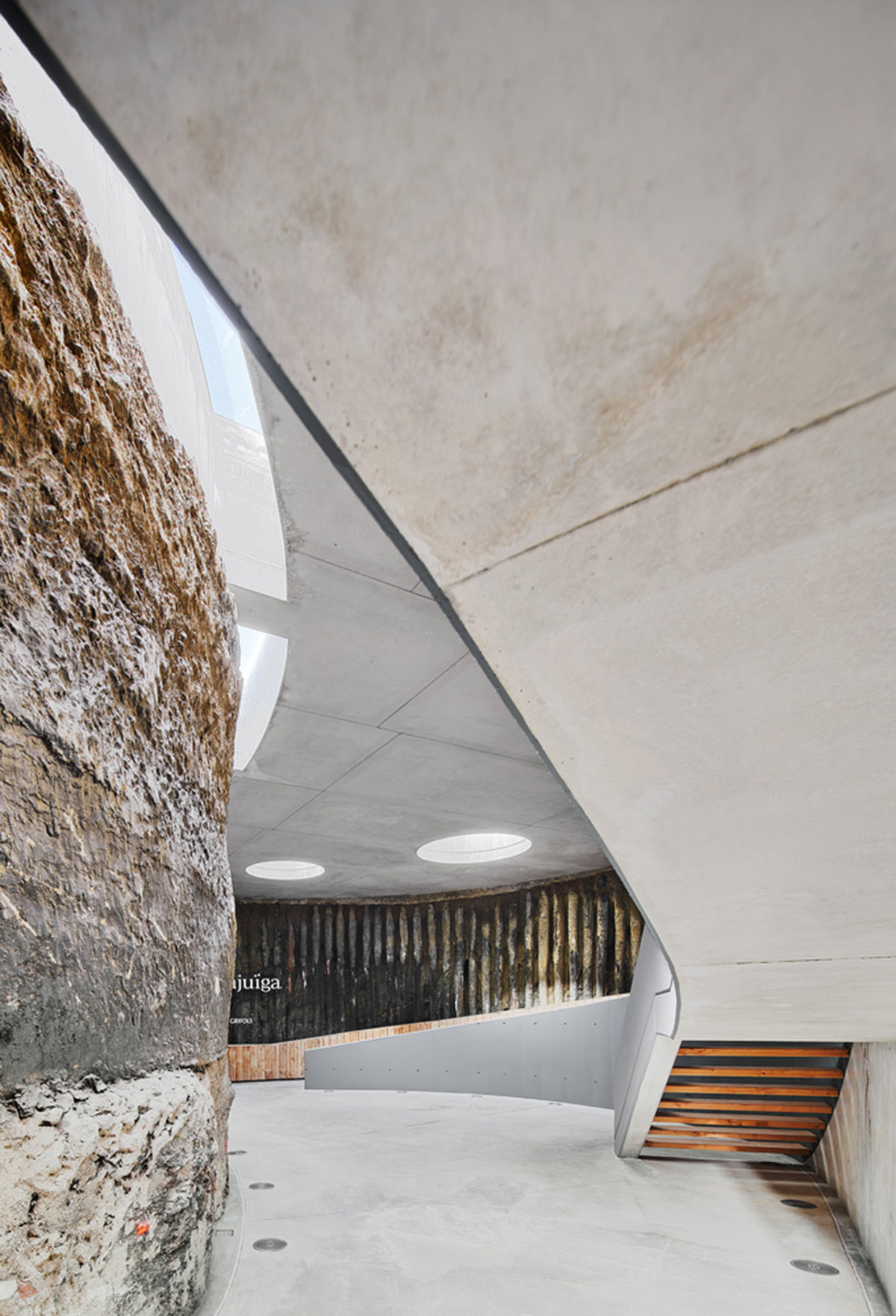 "In the middle of the garden, concealed behind a wall of cypress trees we found a huge circular water tank that went 6 meters deep," said the studio.

"This was our shot at going down below and expose the foundations of Vilajuïga." 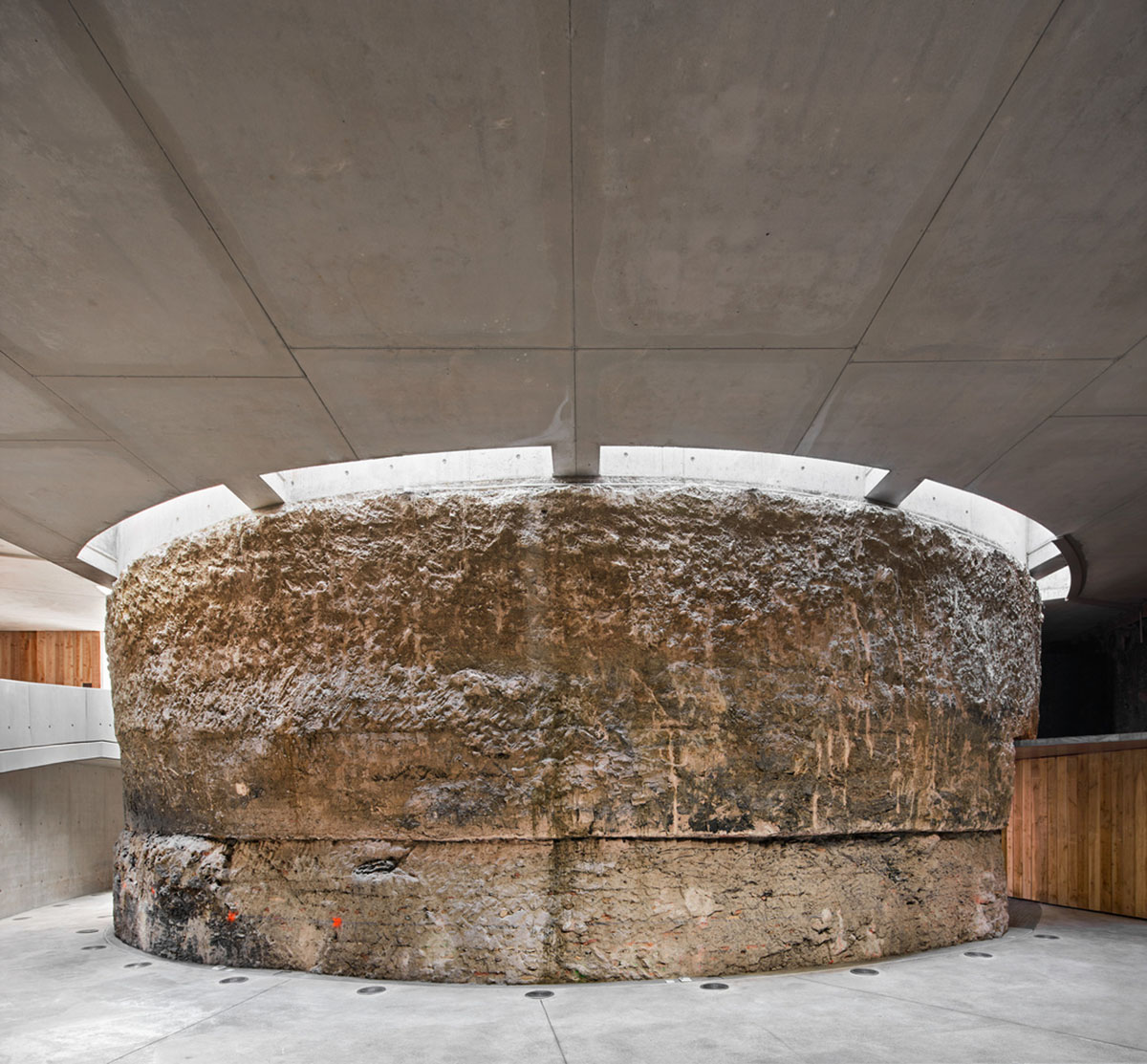 "We dug around the tank until we could see the round wall from the outside. And through the wall we stepped inside, displacing the water to a layer on top and using its reflections to fill up this new space, like memories enabled by skylights in the ceiling. Submerged skylights. The rest was simple. The gardens were remade as if nothing had happened," the studio added.

The architects stated that there are now two significant design components in the project: light and people. The first element, light, "slips in like waterfalls, scattering freely from the skylights vertical drop." 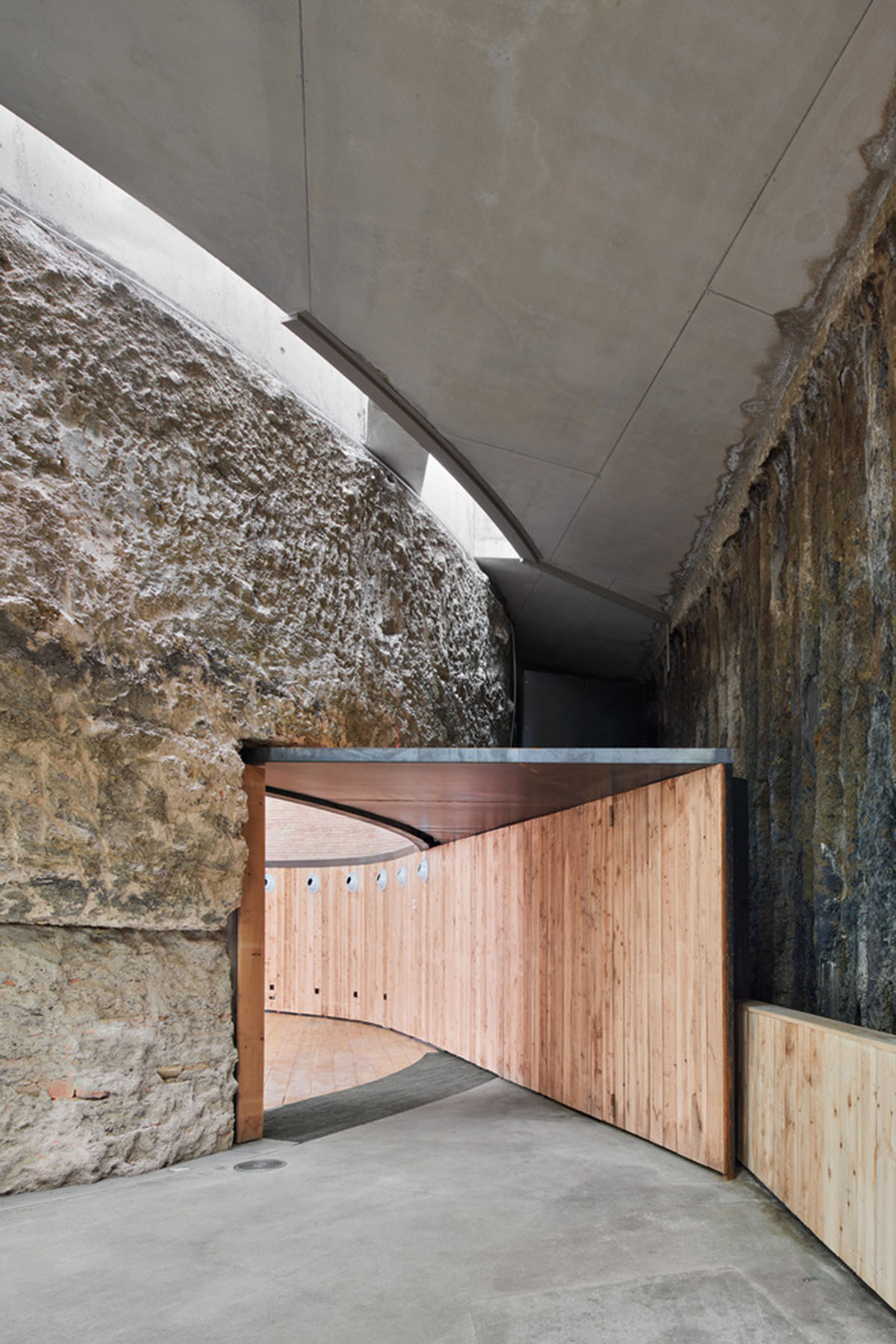 The second one, people, visitors are able to walk down ramps, slowly, it's like a swimming in the sea, they can feel the historic past of the space - "from the bright surface into the twilight where the water used to flow quietly." 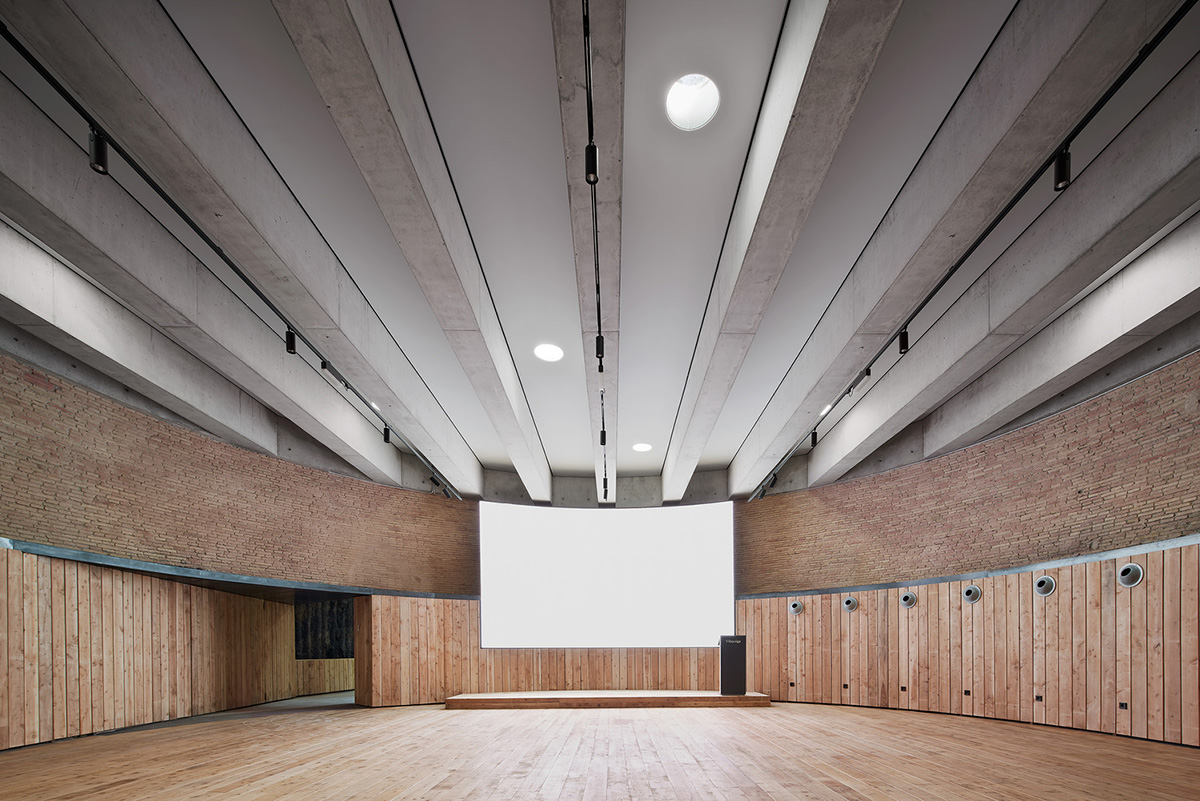 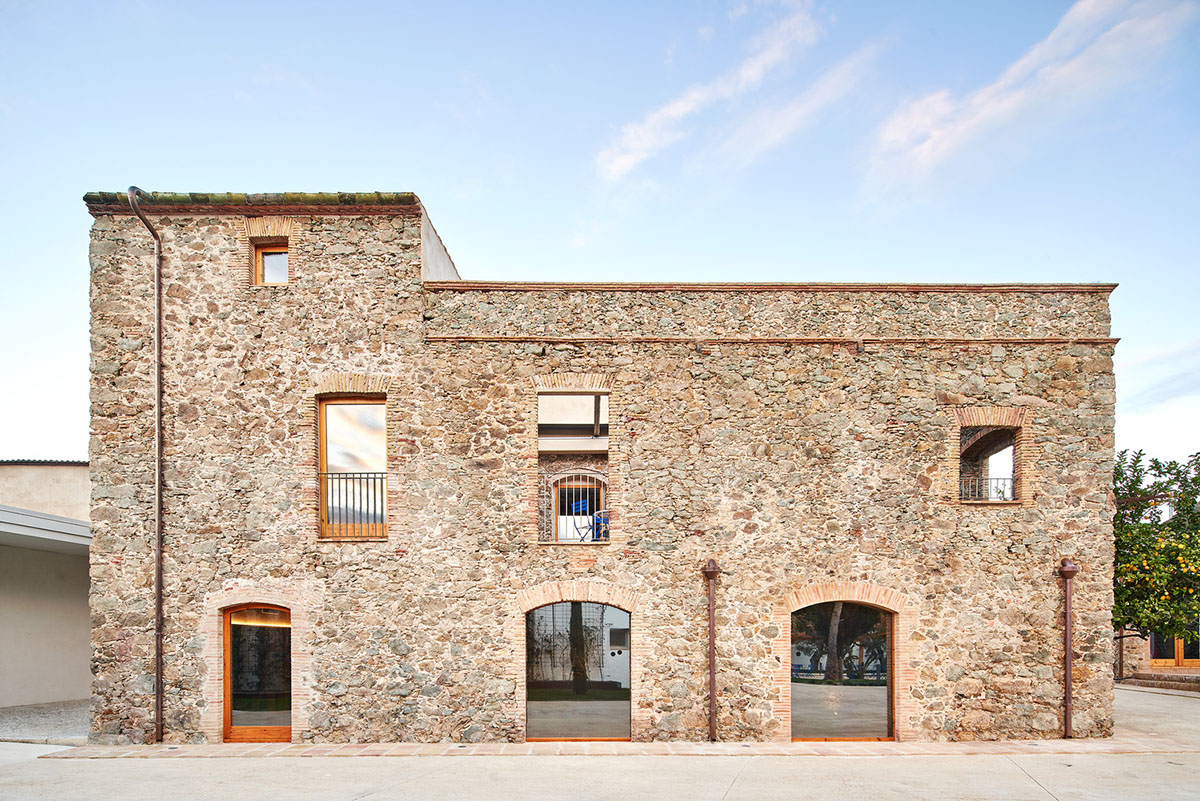 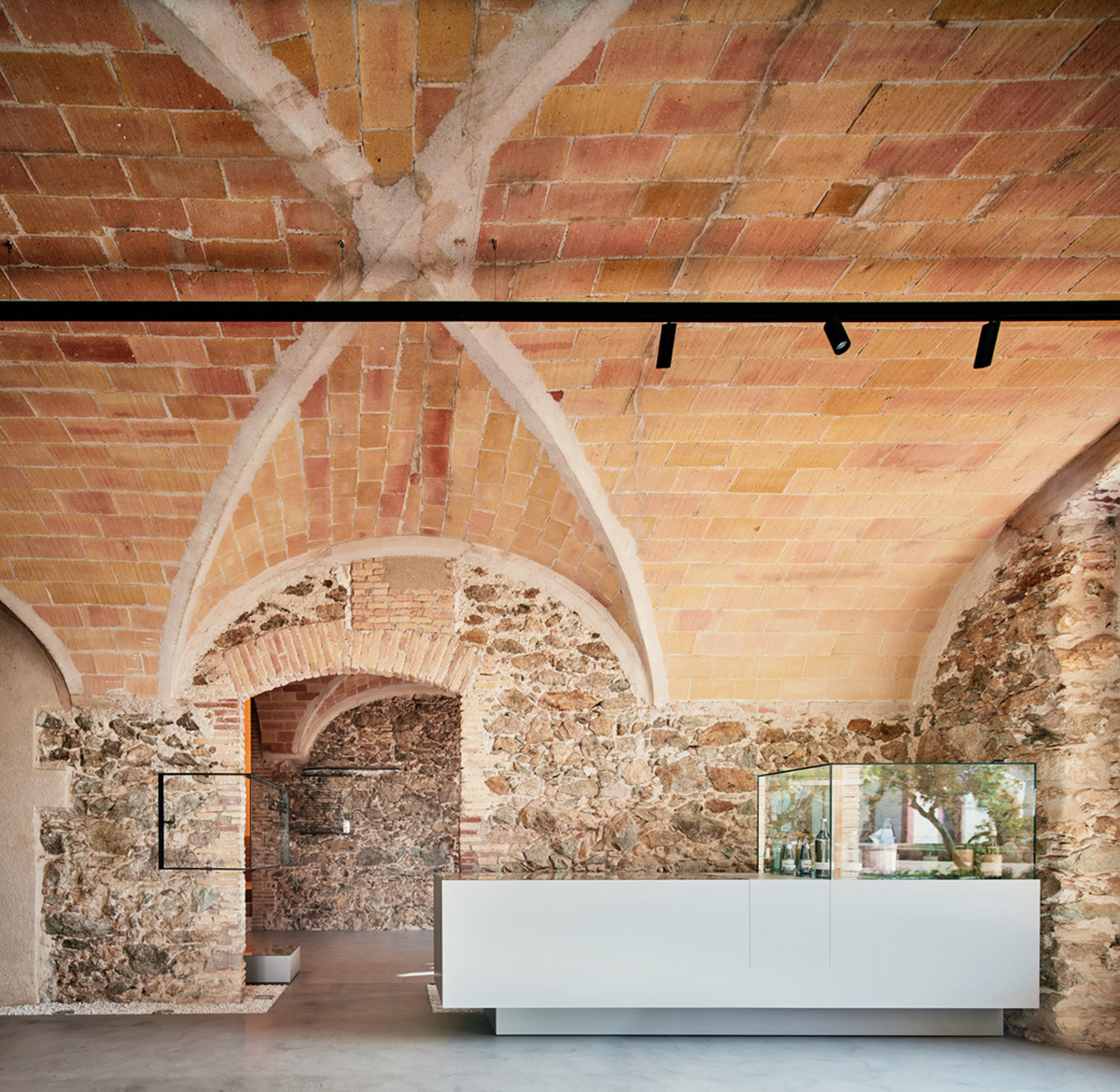 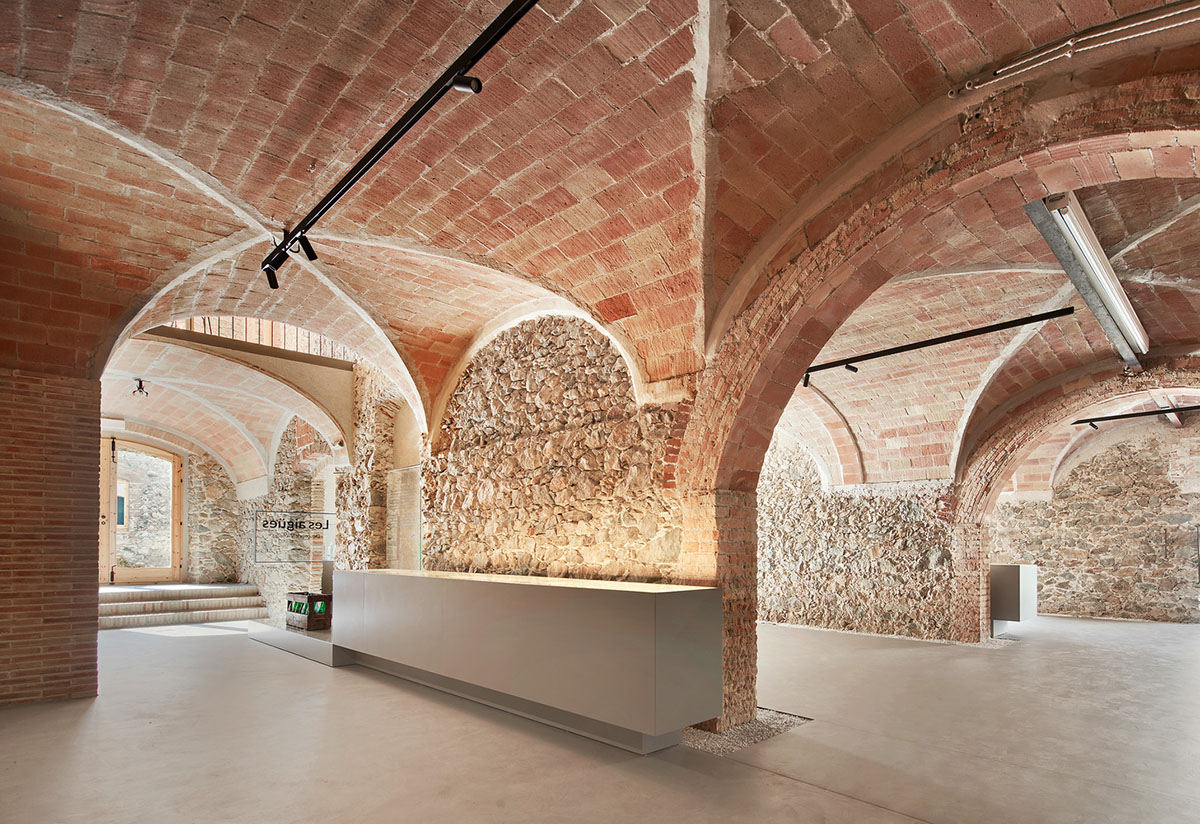 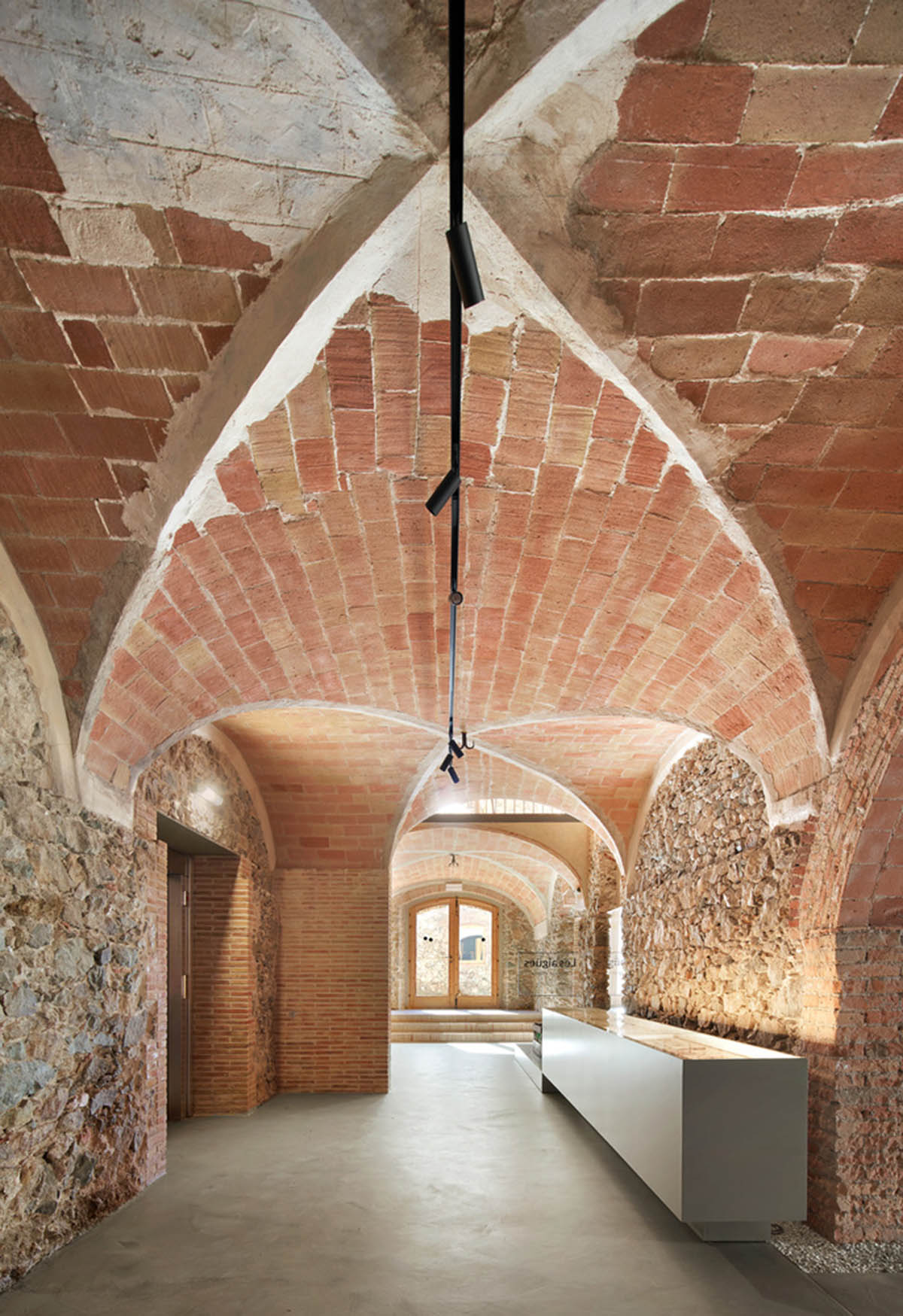 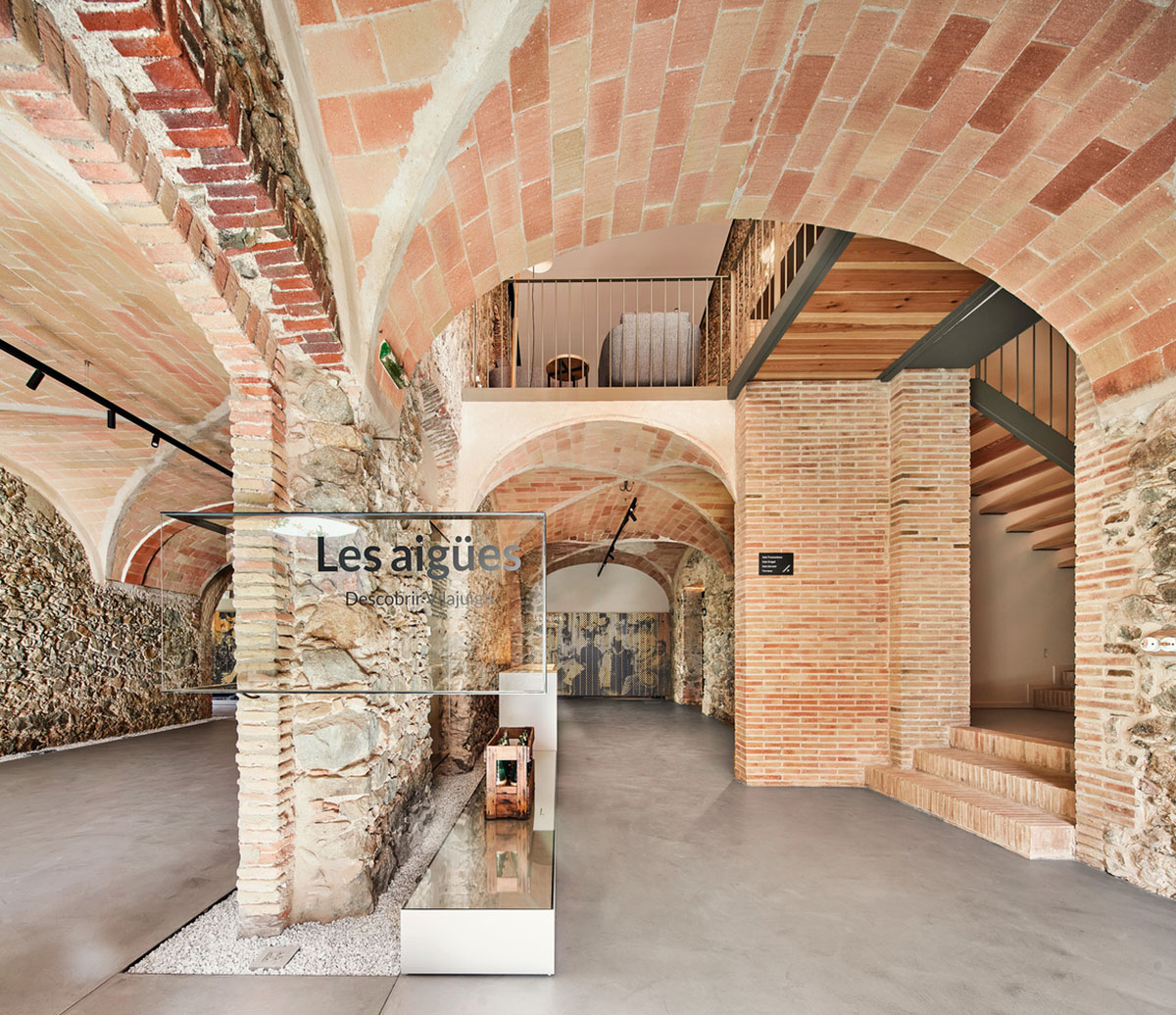 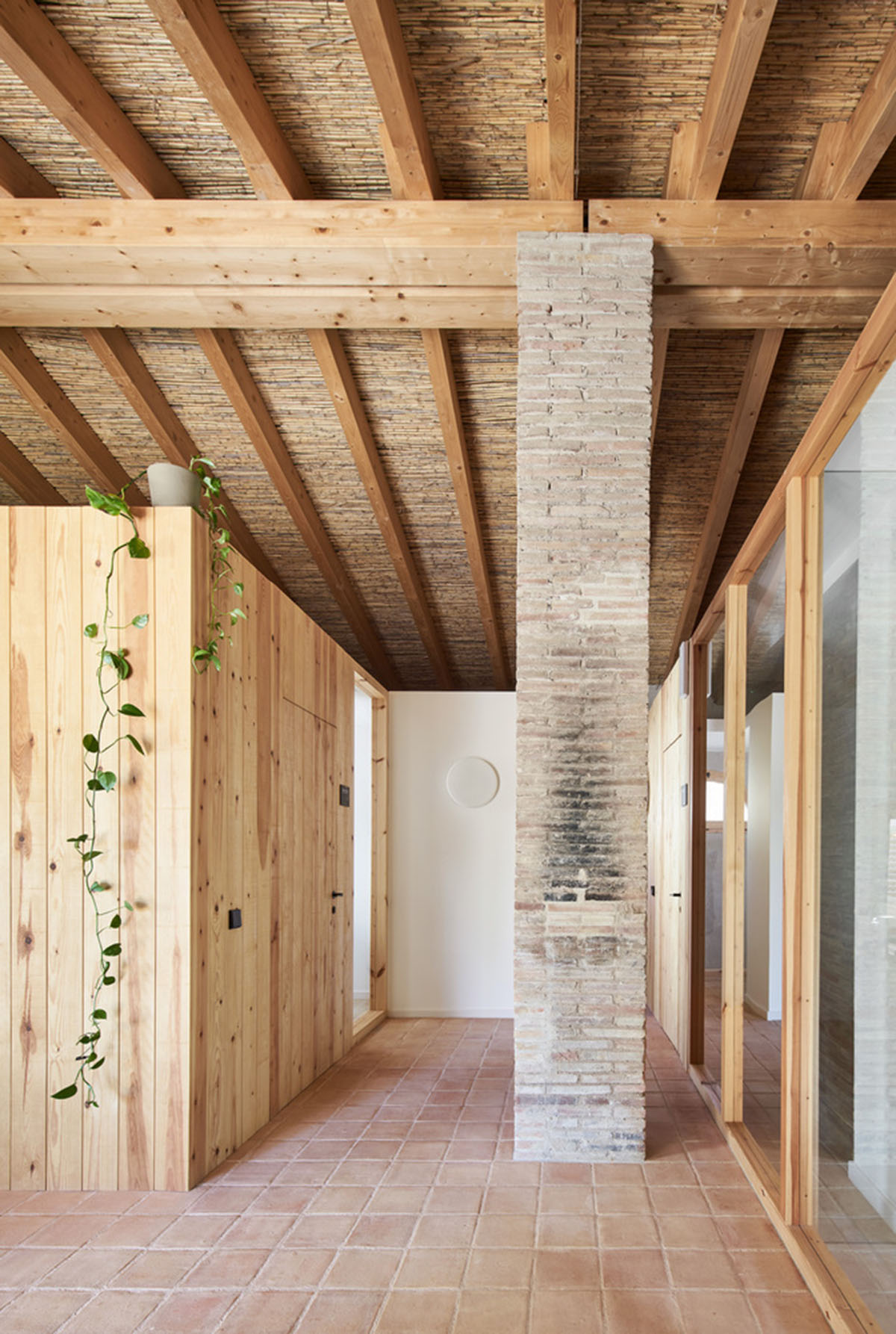 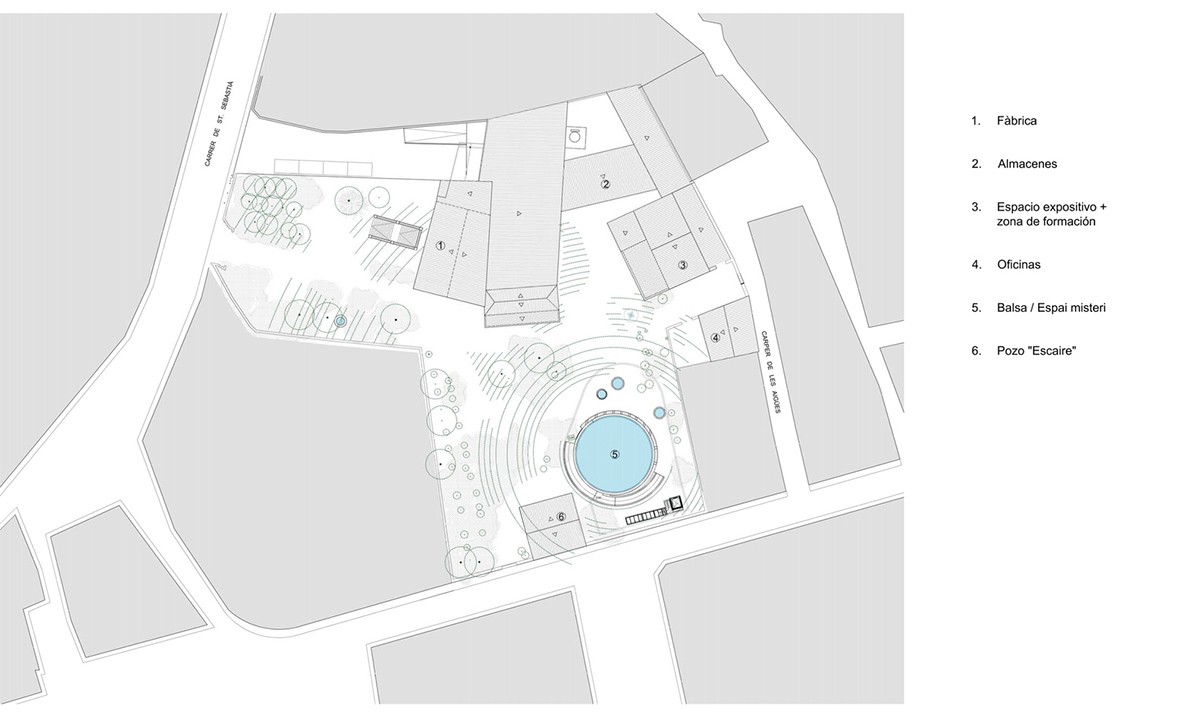 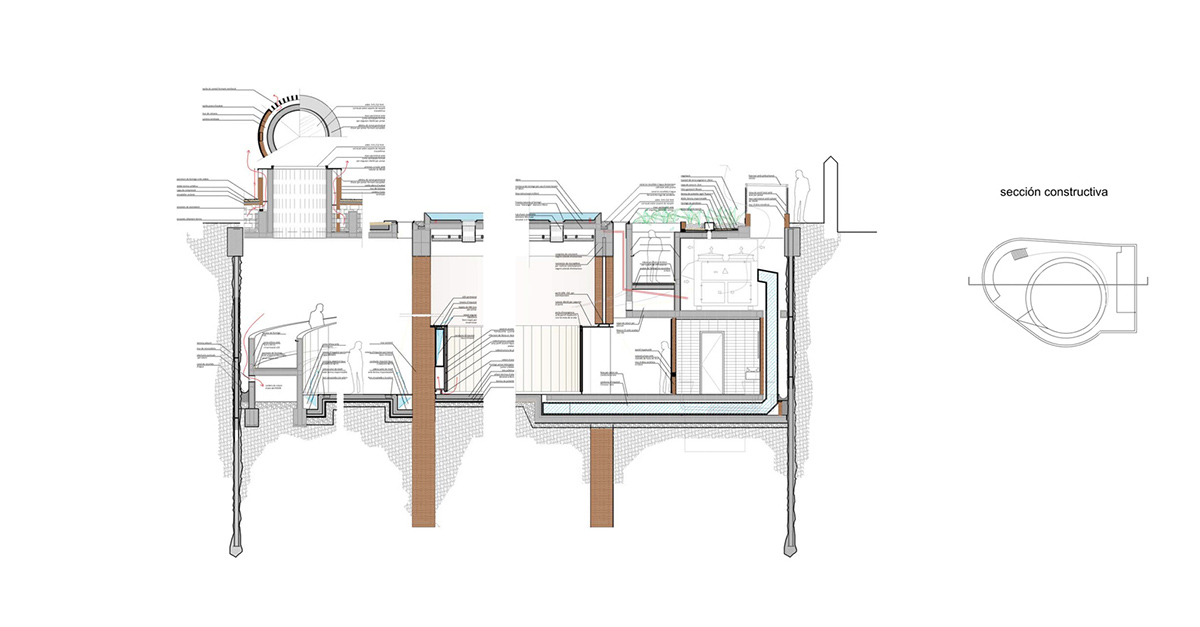 TwoBo Arquitectura was founded by Pablo Twose, María Pancorbo and Alberto Twose. The studio has more than 10 years of experience.

All drawings © TwoBo Arquitectura together with Luis Twose Arquitect