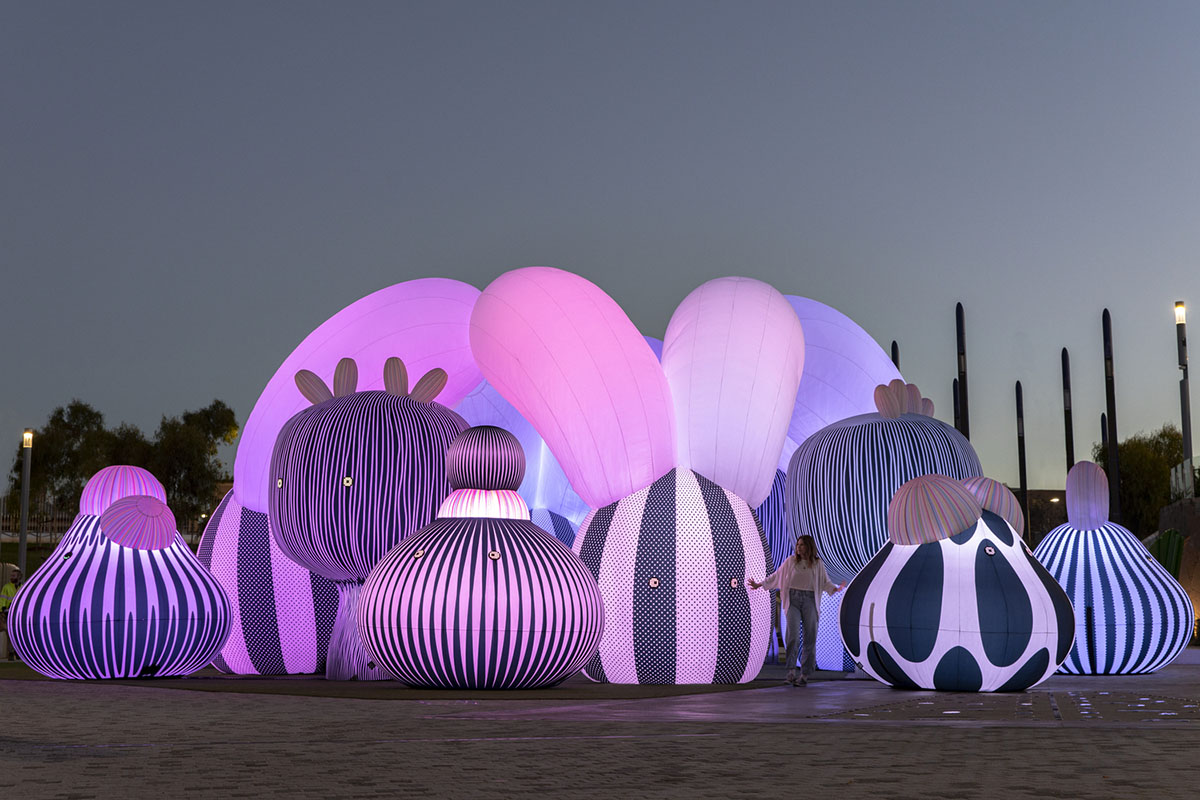 Melbourne art and technology company ENESS has created a multi-sensory installation to engage public art with the Airship Orchestra installation.

Already exhibited in multiple places such as Washington DC, Shanghai, Melbourne, Adelaide, the installation, called Airship Orchestra, brings 16 different inflatable characters with technology-driven art that brightens up at night in a massive scale.

Aiming to change the ways we experience public art and cities, the studio created a temporary artwork that is a mystical tribe of 16 otherworldly inflatable sculptures. 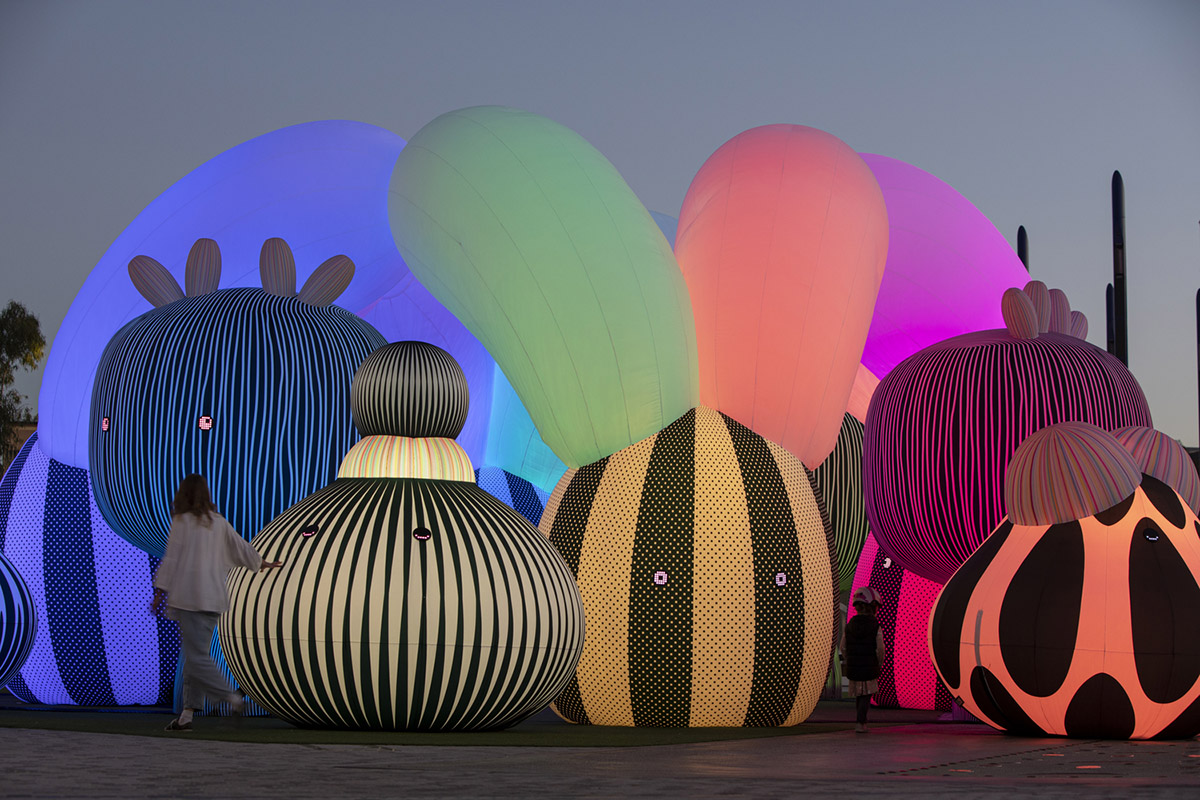 While some of them reaching at 6 meters, all characters are supported by a fully networked internal system of motion sensors enabling its characters to respond to passers-by and behave as a choir and ‘compose’ a fresh, generative score each night. 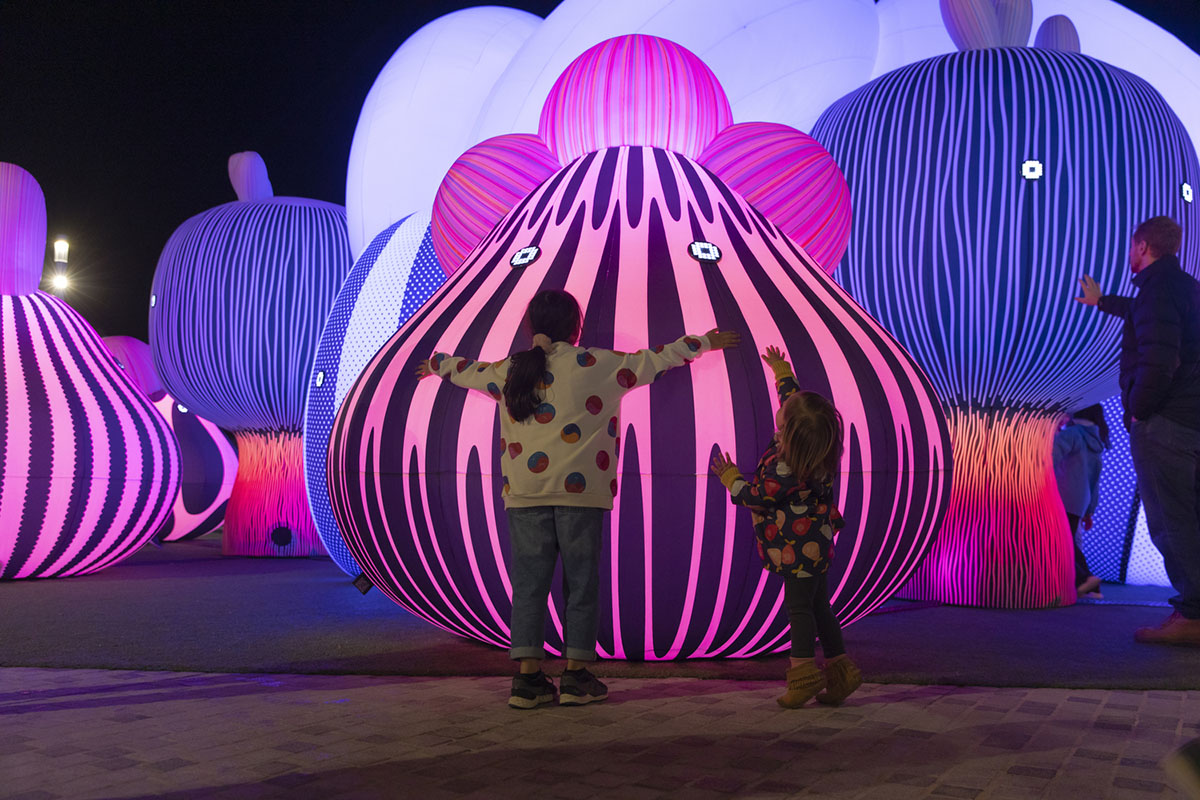 Through these sensors, the characters are able to form an immersive colorful landscape that can change their colors and take visitors to an artistic journey. 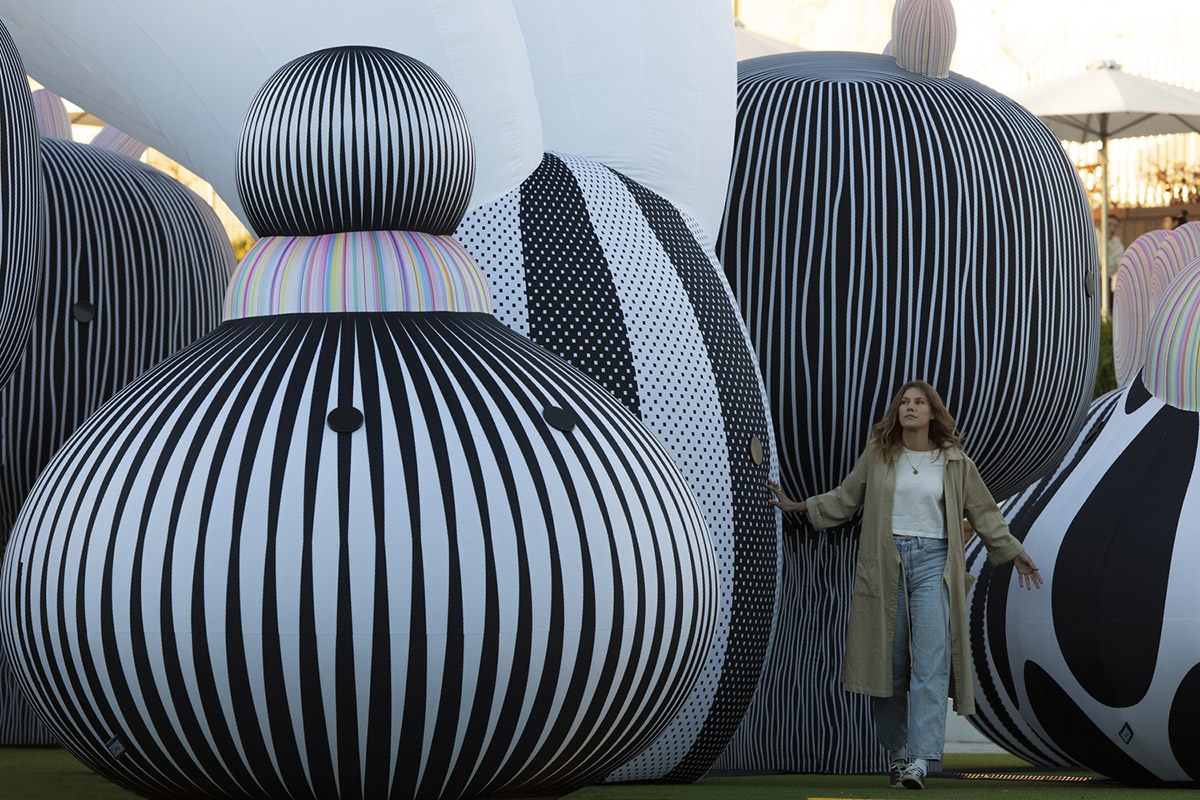 "Beamed from the night stars, skin streaked with galaxy and voices like stardust’, the artwork includes a generative soundscape synced with light that spans over a 500 square metre area – an adventure that is aesthetically dynamic both day and night," said ENESS.

The Airship Orchestra’s sound experience creates its own spatial environment, immersing visitors in an arresting score written character-by-character for a full choir. 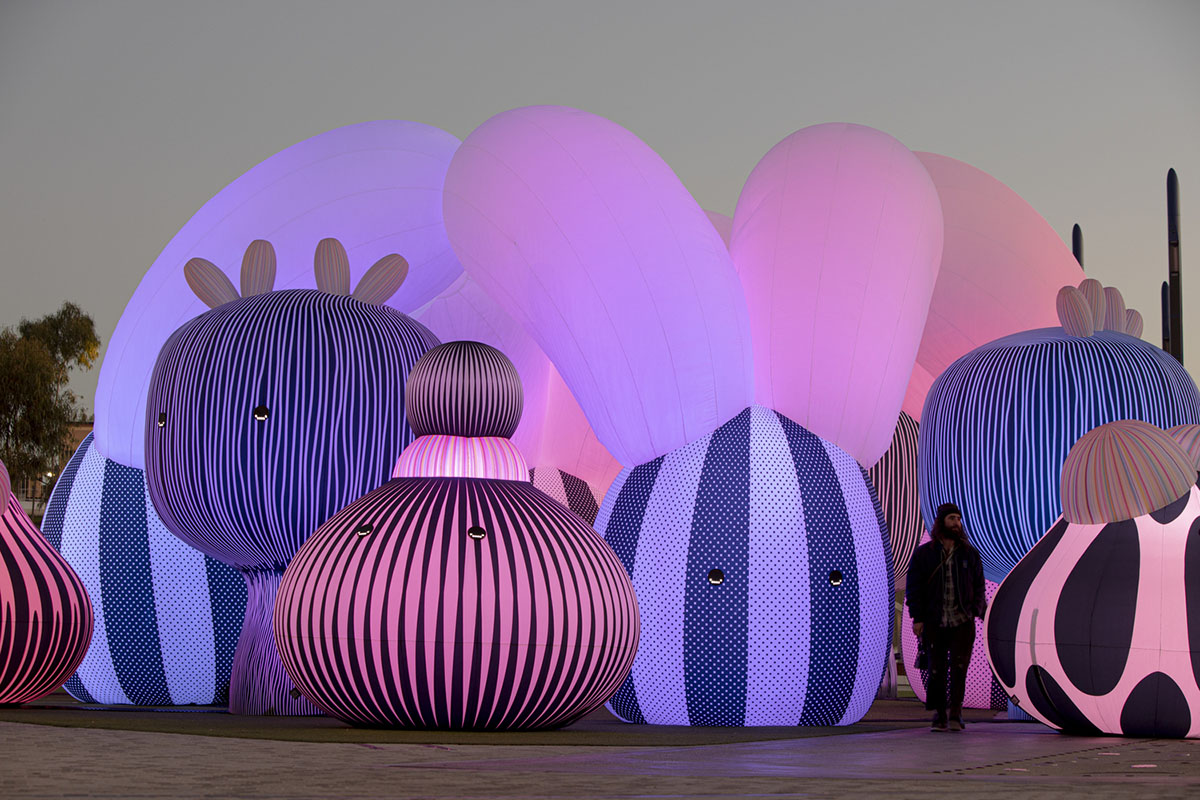 "The artwork was developed with certain characters taking vocal positions like tenors, baritones or sopranos. The notes produced are playing in real-time, and then as visitors interact with characters, the sound evolves," said artist and ENESS founder, Nimrod Weis.

"To do that based on the principle of a ‘choir’ with characters having their own individual voices is really complex," Weis added. 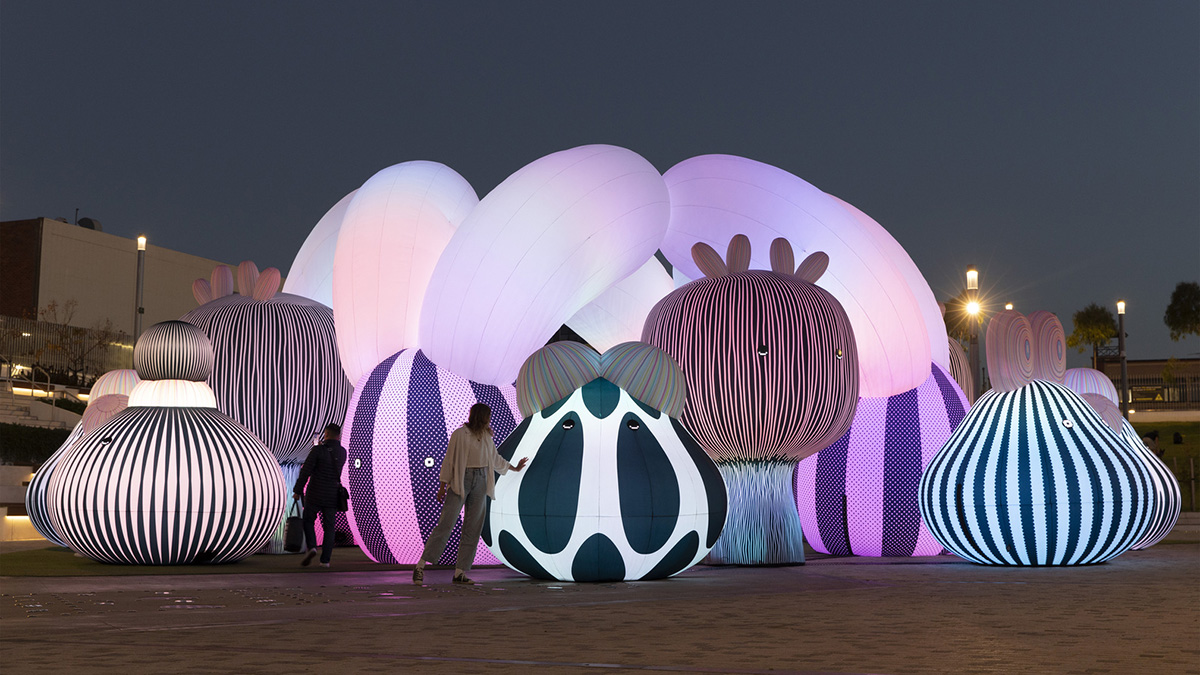 According to the studio, cities needs new type of connections with people for the last two decades, the main goal of the project was to stimulate cross-generational connection and joy in public space.

To create these characters, ENESS used various techniques including "mash-ups of tech elements", like the inclusion of LED eyes – with softer materiality like organic forms and anthropomorphised characters. 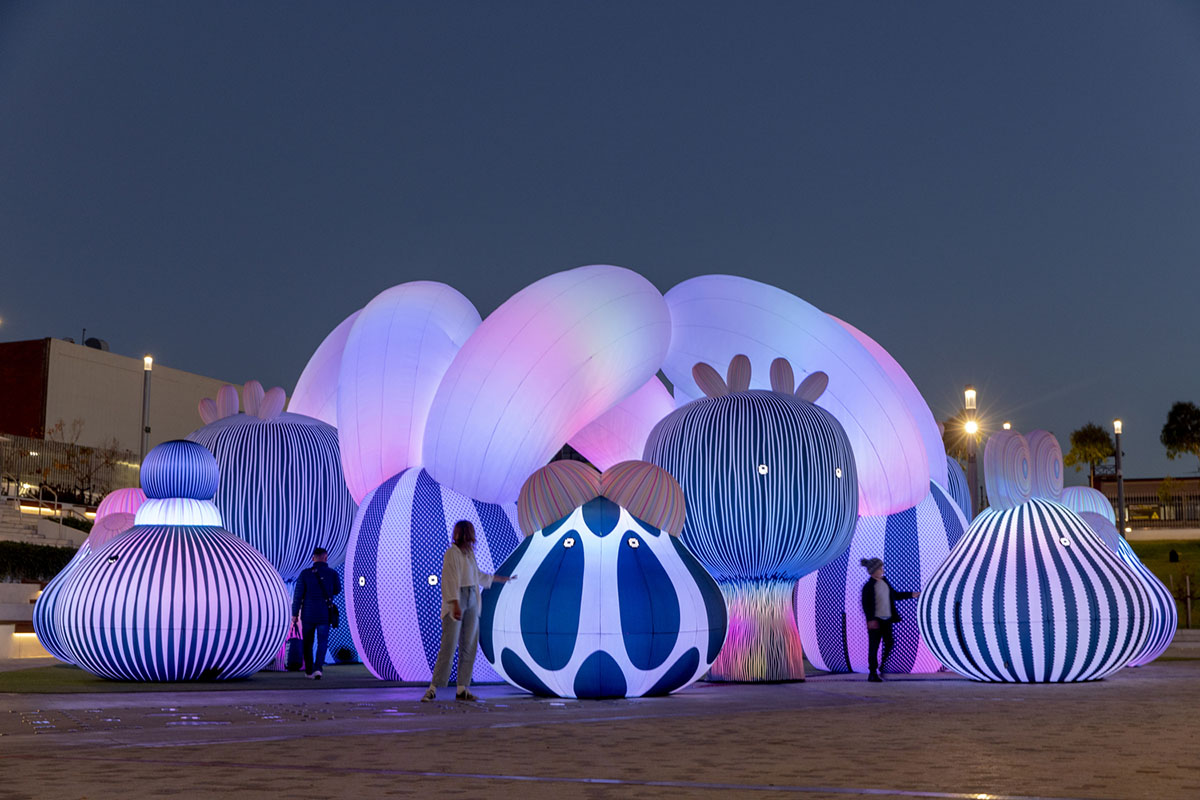 "As with all our work, there are intriguing details to discover such as friendly LED eyes that blink and follow visitors from creature to creature and these artful moments are underscored by rousing, a rising rhythm that transports participants to another world," Weis added.

"This combination of approachable technology and relatable but naïve aesthetic tends to bring out the child in everyone; stimulating playfulness in a way that loosens up behaviour and introduces unexpected delight into people’s experiences of public spaces," the studio added.

"But it is not just the public realm that is transformed by this immersive experience, it is how people respond to technology-driven art and sculpture particularly when it appears in unconventional spaces." 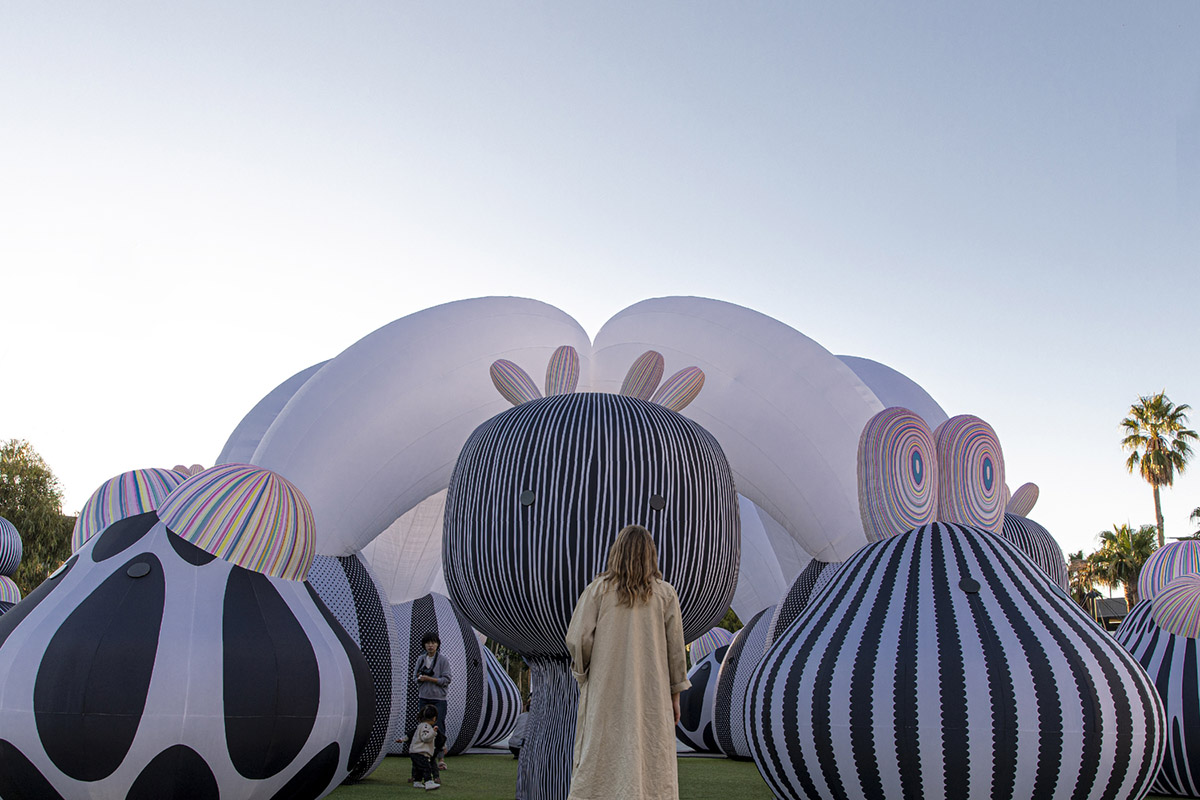 ENESS, founded in 1997, produces various kinds of installations that use different mediums, has pioneered on the art of 3D projection mapping and interactive real-time motion tracking. 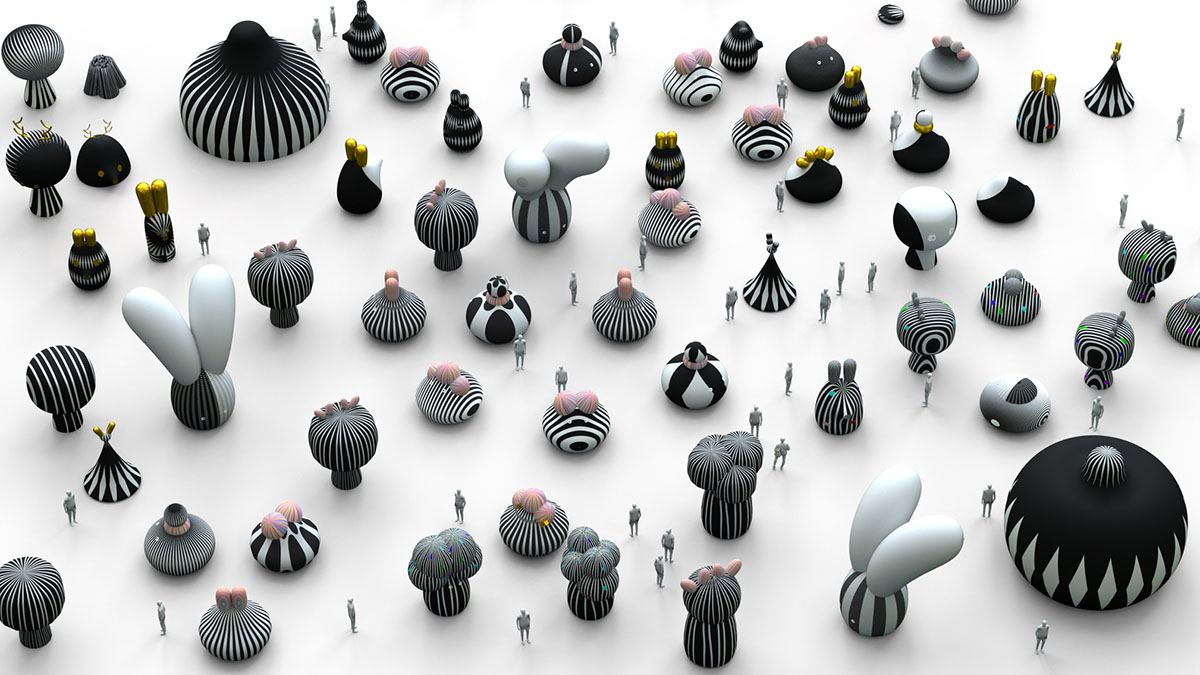 However, Weis’s particular focus on inflatables structures relates to their ephemerality. On this project, this also enabled him to combine textile patterns, the DNA of ceramic forms, as well as abstracted, simplified flora and fauna in a way that creates a new visual vernacular.

"At the art of every ENESS inflatable sculpture lies a sweet simplicity; a storybook style language that opens the hearts and minds of all ages," the studio added.

Weis added that "That’s the really amazing thing about ENESS, we are a collective; so we have musicians, industrial designers, programmers, a writer – there are so many disciplines internally – so it’s not just one mind that is producing the outcome." 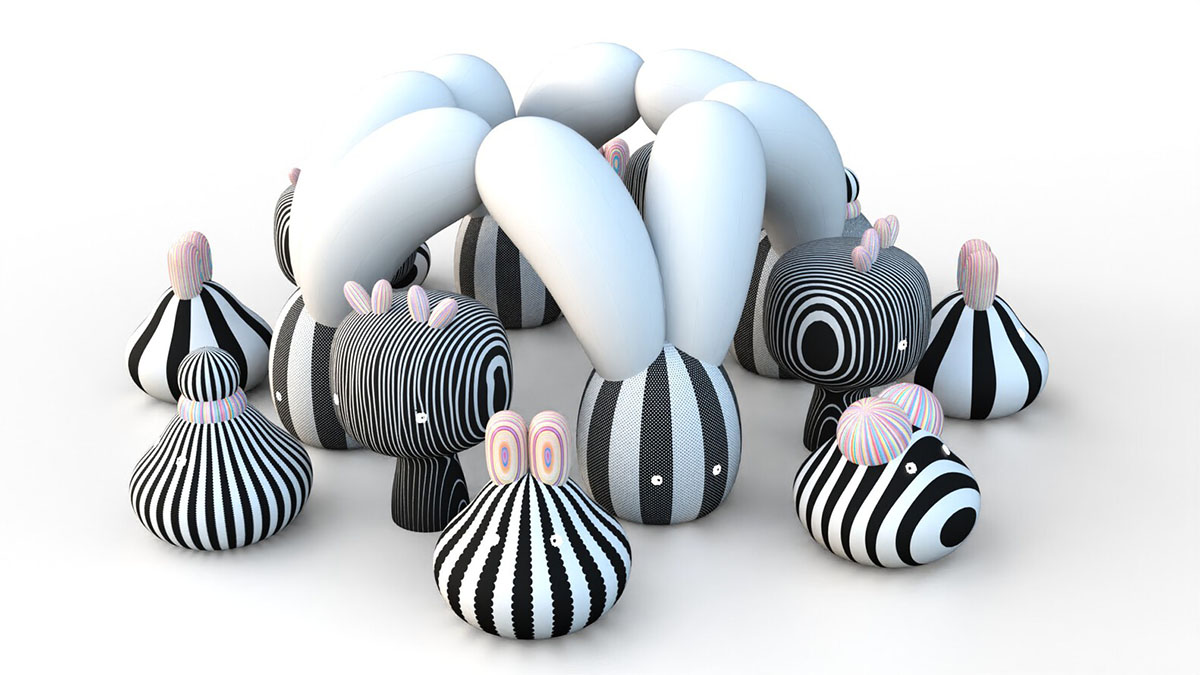