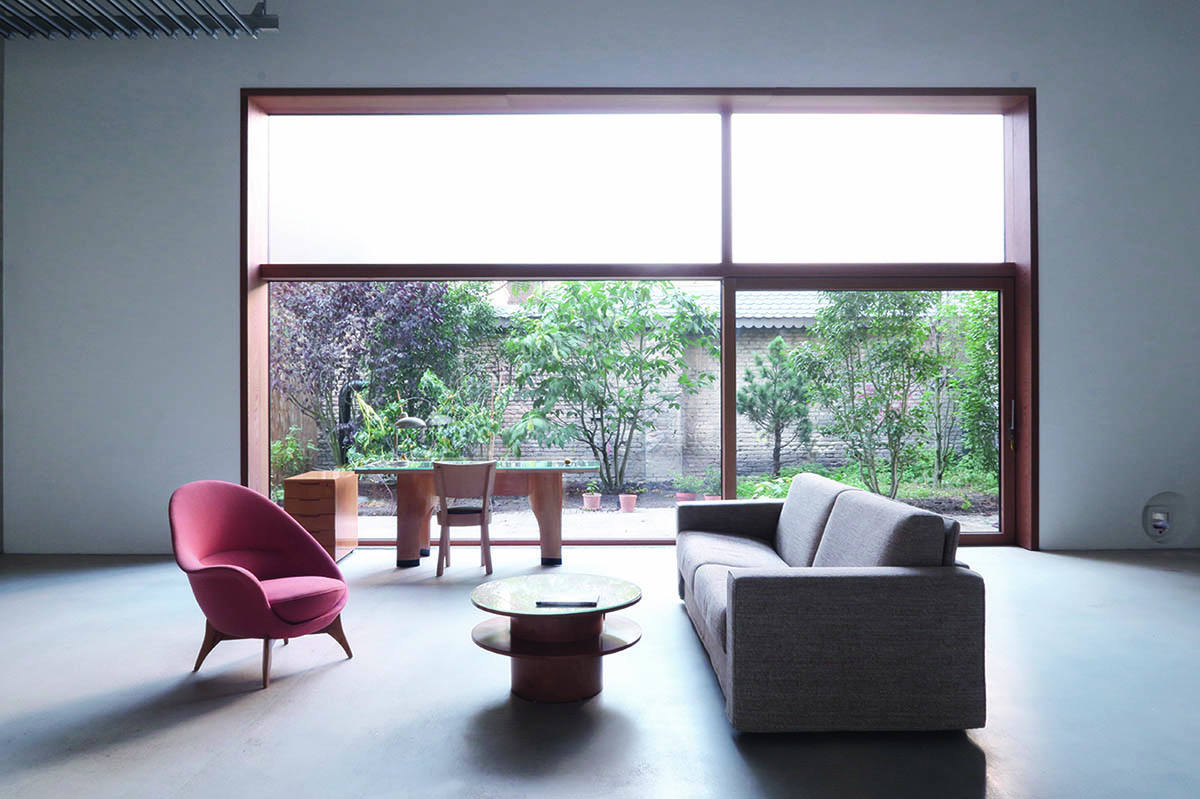 Named O12 – Artist House In Berlin, the 670-suqare-metre house was designed for a well-known French artist to be used as private home and working studio.

In response to the client's brief, the architect created a bright, sculptural new home and studio located in the central Mitte district of Berlin, fostering the dialogue between art and architecture. The project is borne of the continuous exchange between the architect and the private client, said the studio. 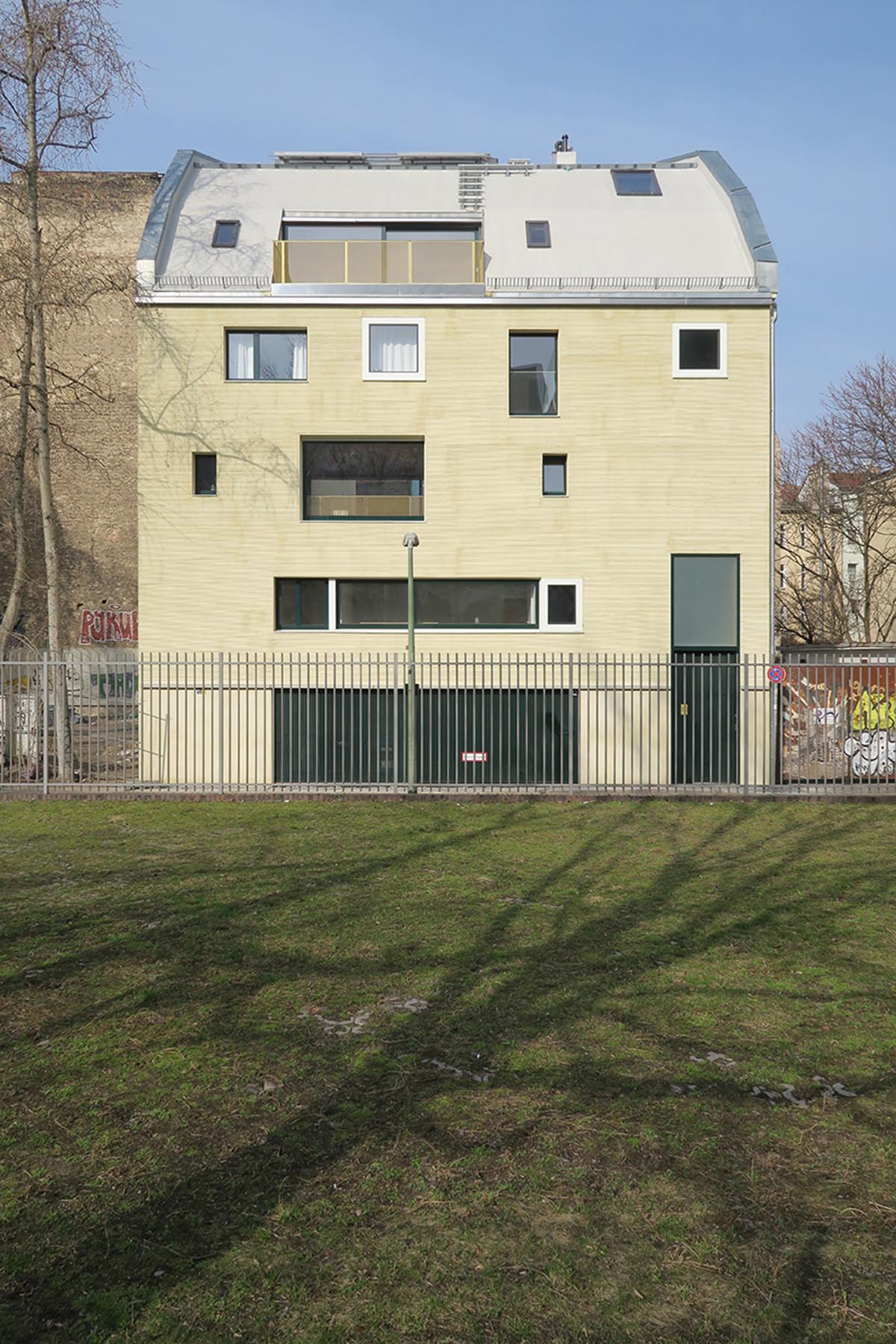 Emerging as a hybrid of artwork and architecture, the project responds to the critical challenge of balancing professional and private life.

The facade is a seemingly arbitrary composition of openings, subtly reminiscent of the rhythm of the surrounding buildings. The exterior provides little hint of the interior design, enabling the discovery of the unashamed raw magnificence of the concrete staircase, upon entering the front door.

The arrangement of the flights of stairs and the zenithal lighting, immediately evoke the atmosphere of Piranesi’s drawings. Here, the exposed concrete appears to be a timeless stone, while a cascade of light draws the gaze upwards. 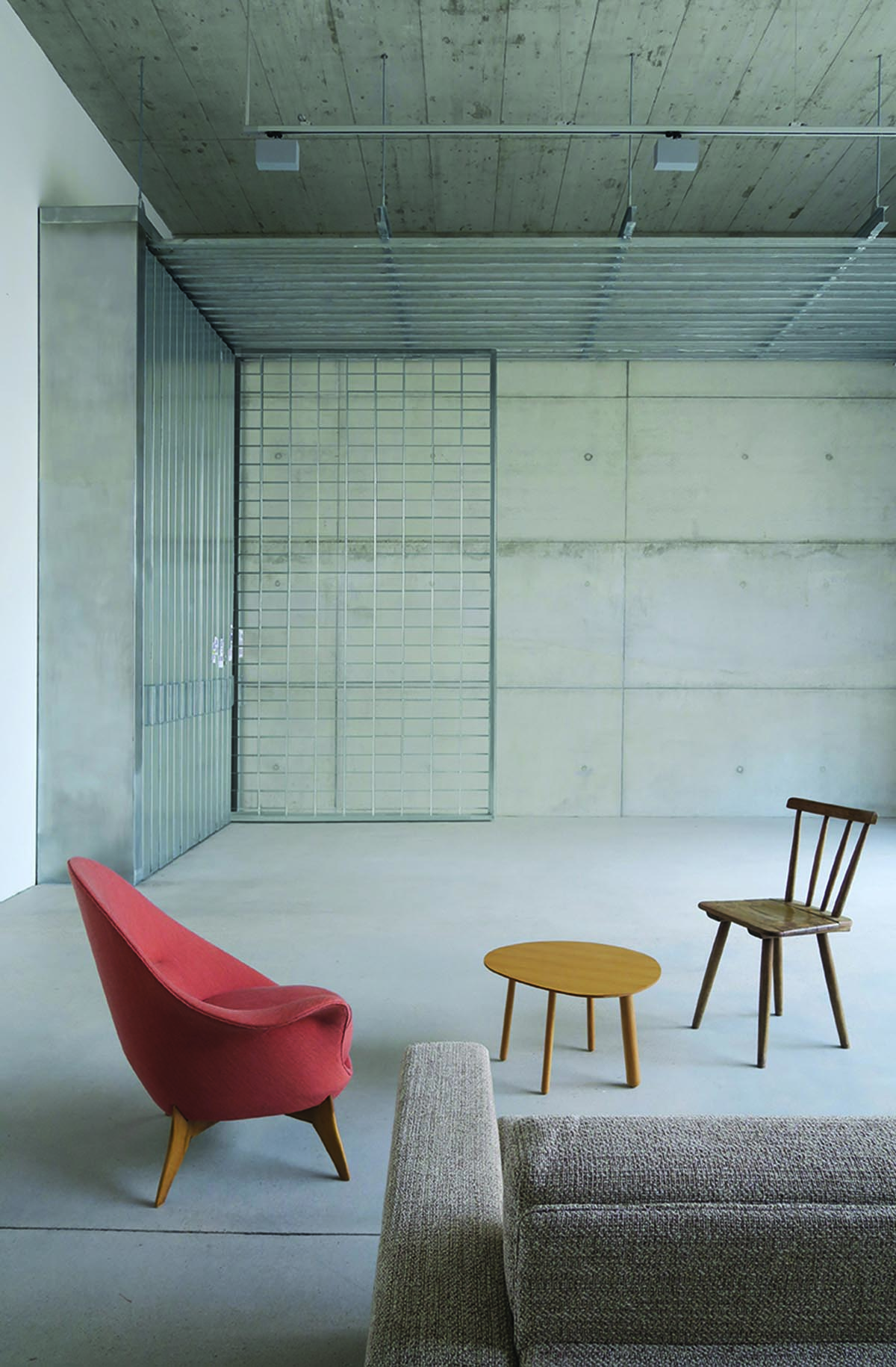 "I am fascinated by the friction between the ordinary and the remarkable and I like the quality of creating something ordinary because it is not easy to achieve... like that feeling of comfort when you enter an old building that has been standing for hundreds of years, what we could call the ordinary in the sense of the well-known," said Philipp con Matt. 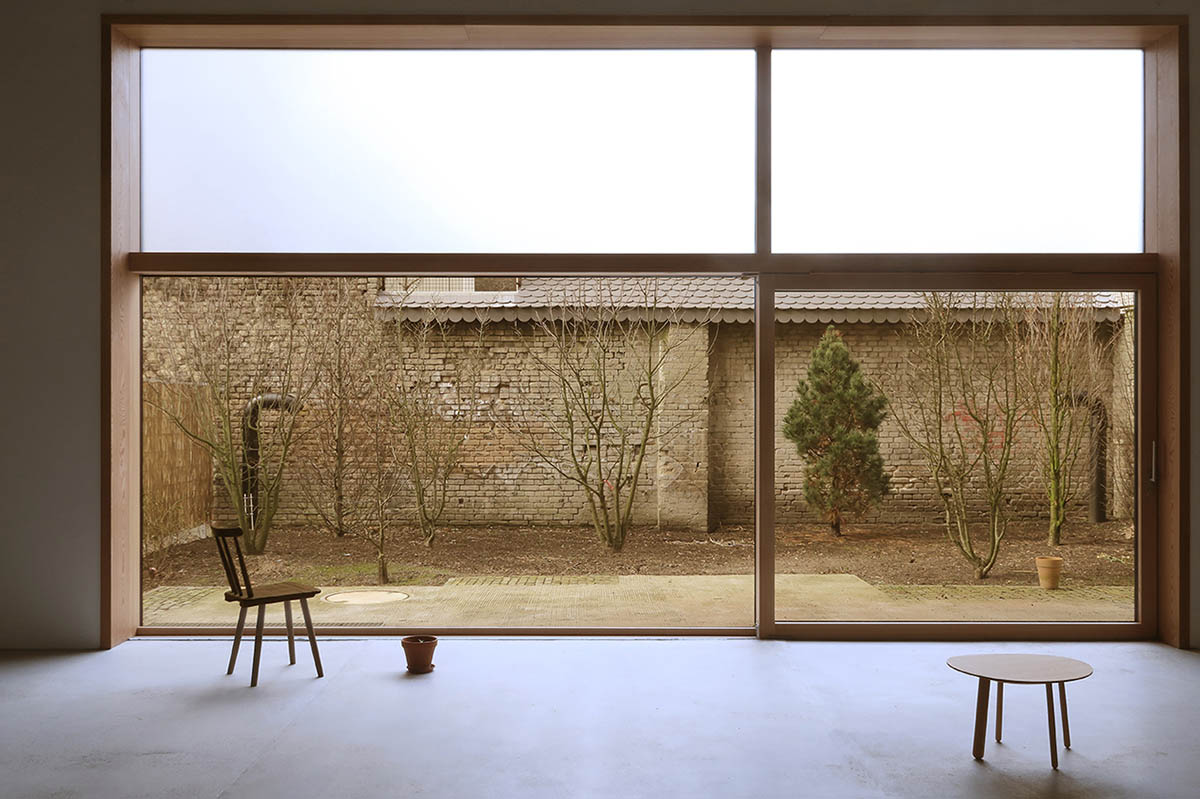 The ground floor contains a more public vocation, housing a gallery and an exhibition space. The sequence of rooms unfolds along the stairway in a concatenation of monumental and intimate spaces, generously open to the West and with more modest rooms to the East.

The first floor hosts the kitchen and the living area, while the second floor is entirely dedicated to the sleeping area. Going up the stairs and following a path that seems to simultaneously compress and decompress spaces, guests finally reach the peak: the top floor exclusively occupied by the atelier. 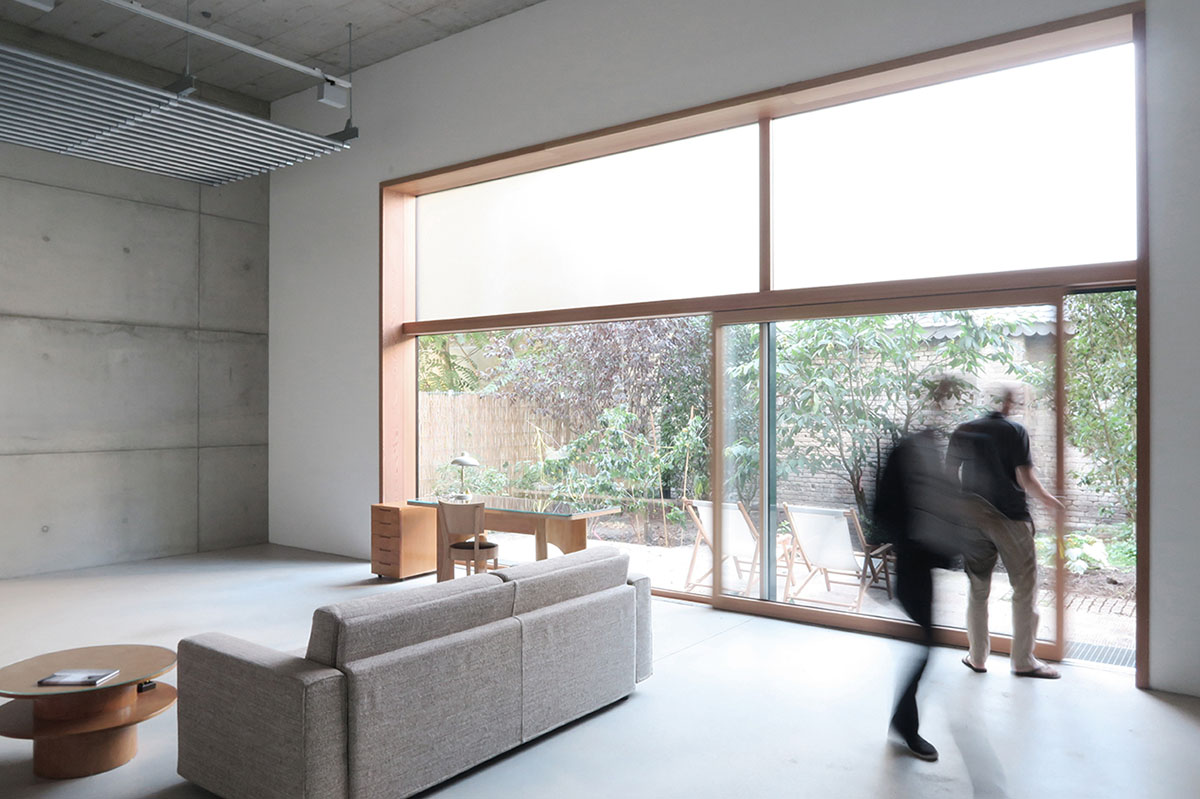 The whole building vibrates harmoniously, through the dynamic lines of the emphatic wave of a curved wall of reinforced concrete traversing the living space, and through platonic elements freely positioned in the space, such as the ample fireplace set against the brick-coloured wall of the dining room, evocative of the Cestius’ pyramid in Rome and Antonio Canova’s tomb in Venice. 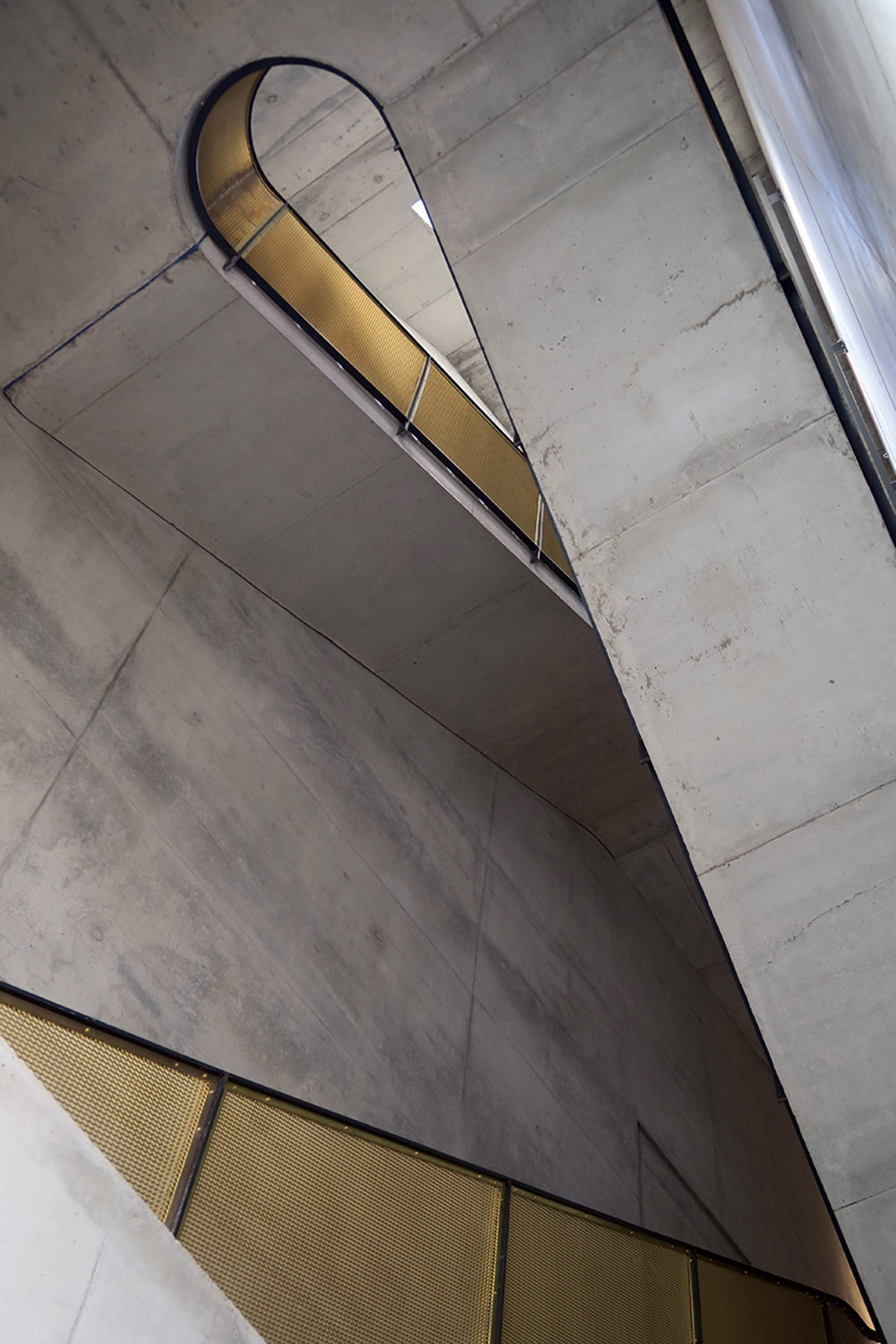 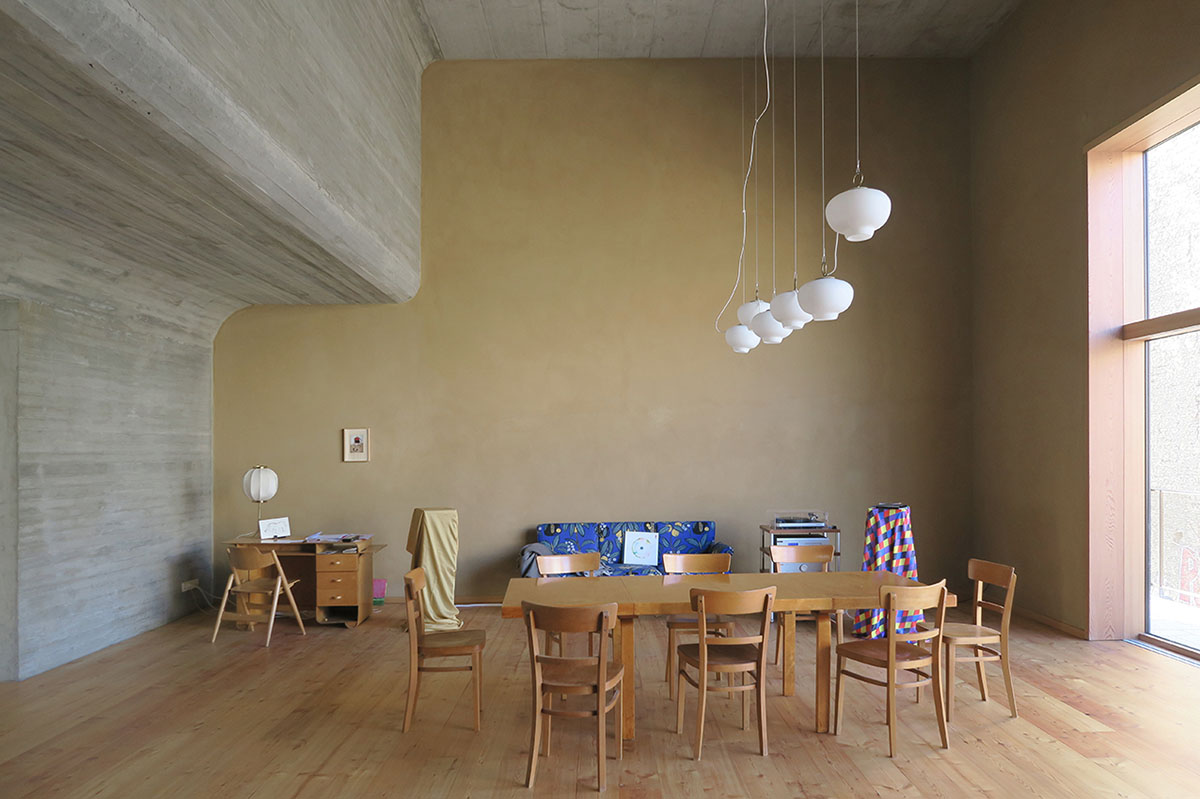 Natural light plays a central role as it influences the shift in atmosphere, with open, light-flooded rooms and more intimate, warmly lit ones. The rooftop studio’s large skylight lends the room the appearance of an atelier en plein air, with the glass roof serving as the sky.

This resonance of light is amplified by the selective use of colours and materials.The hues of the rooms dedicated to art are delicate and neutral, while the shades in the living spaces become increasingly warm and inviting.

The combination of different materials, from concrete and steel to wood and natural, earthy elements such as clay plaster, terracotta and ceramics, fuse to create surprising twists in the narrative of the space. 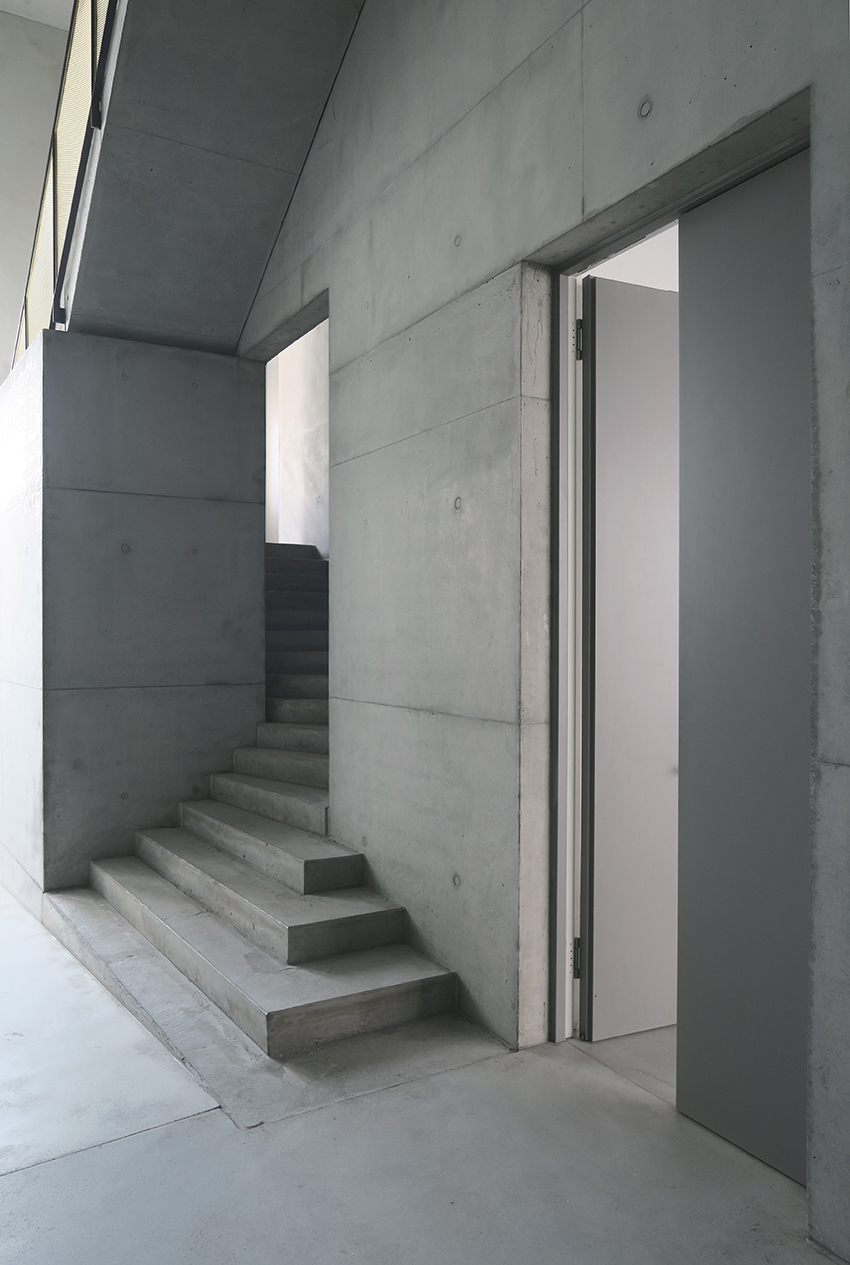 The skylight engages in a whispered visual dialogue with the nearby industrial buildings in a continuous fluctuation between interior and exterior, concentration and contemplation. 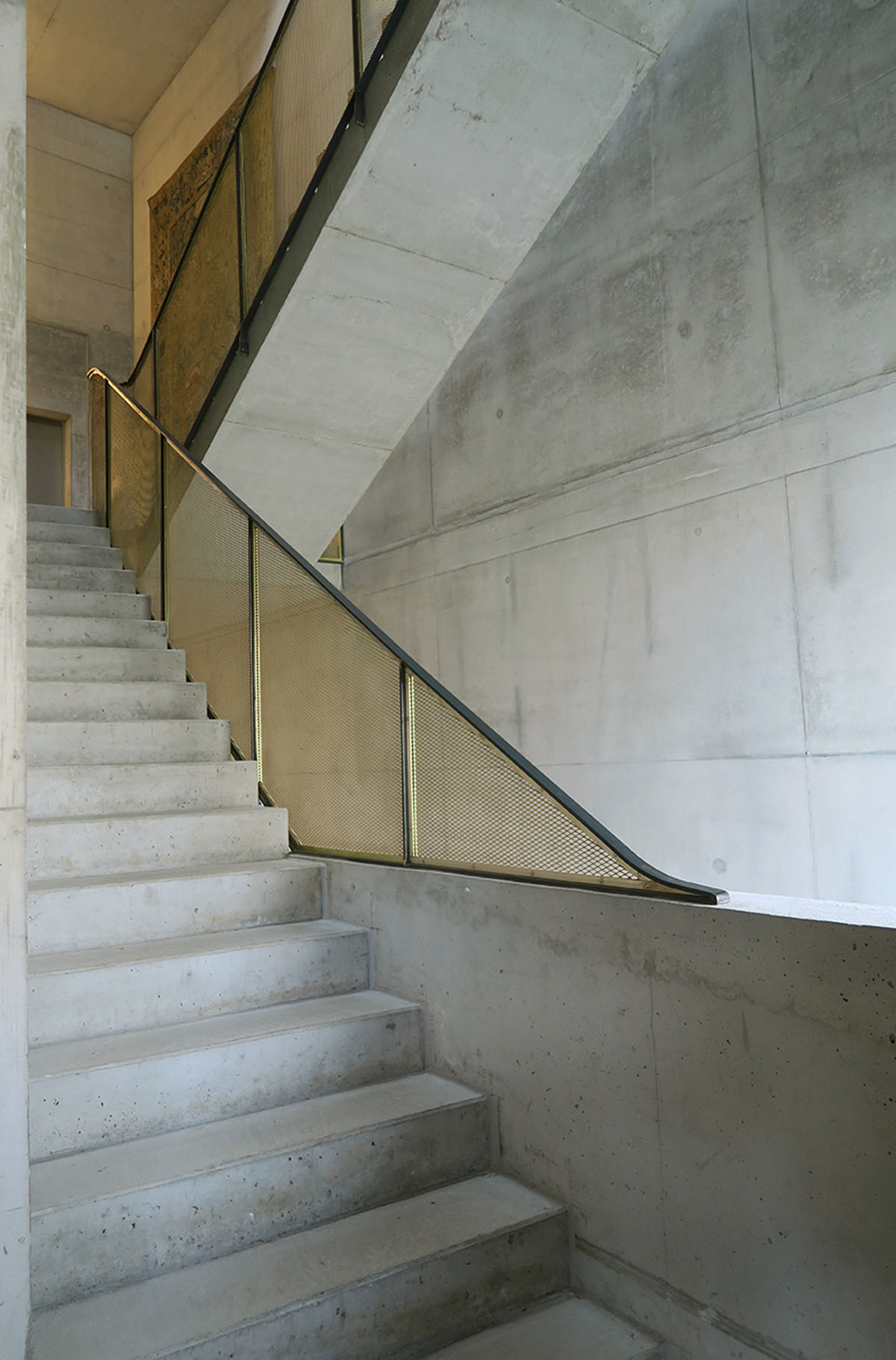 The studio is the most secret and intimate space, yet one that also invites external impulses. In fact, the room’s only window frames Berlin’s landmarks, such as the TV tower, expanding the private horizon into the urban environment. 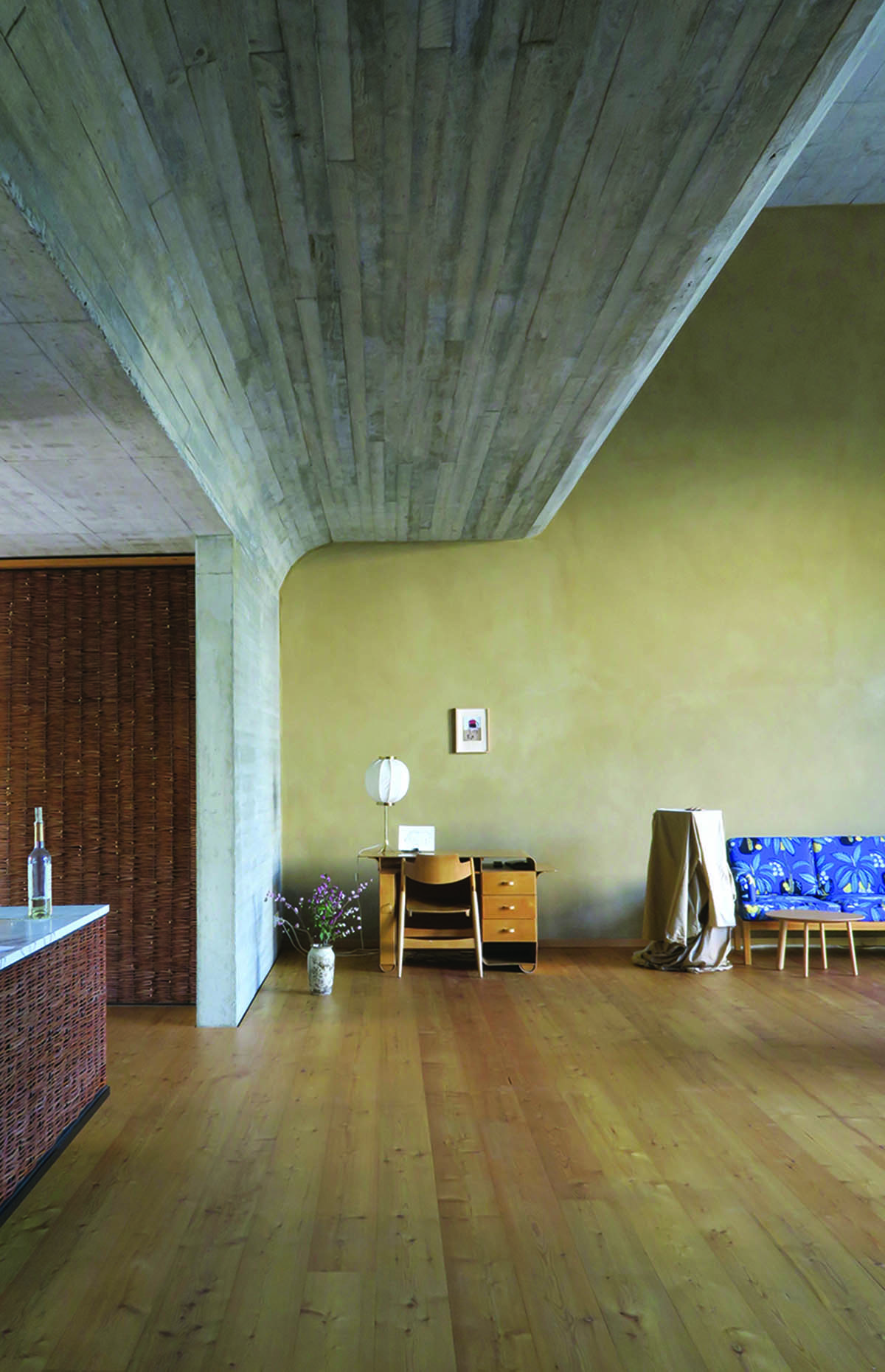 Rather than impressing with volumetric complexity, the house-atelier touches guests through its scale of spatial relationships, strong materiality, and unexpected views.

Blending ornament and minimalism, the project maintains an essential profile that leaves significant space for the art to shape the life of the rooms. In this sense, O12 defines the interplay between architecture and art, and between foreground and background, becoming an authentic and untainted stage for art. 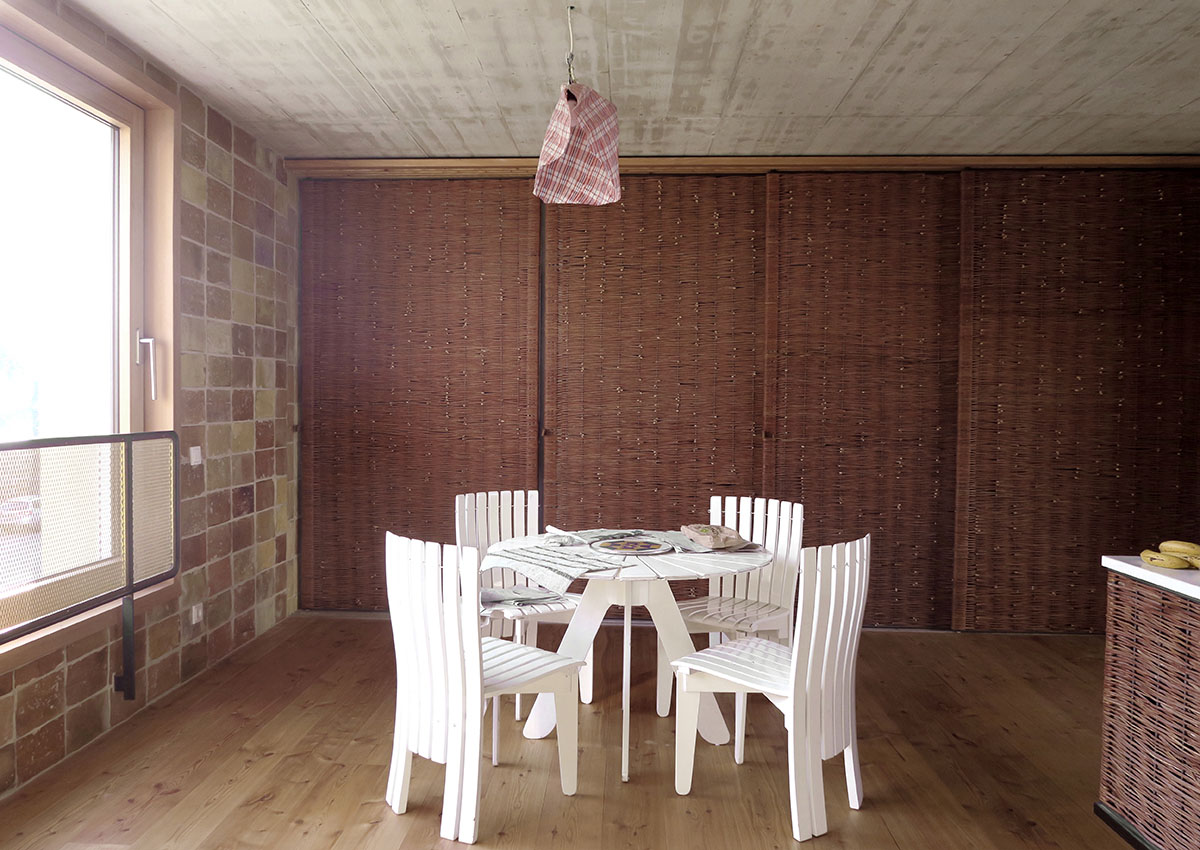 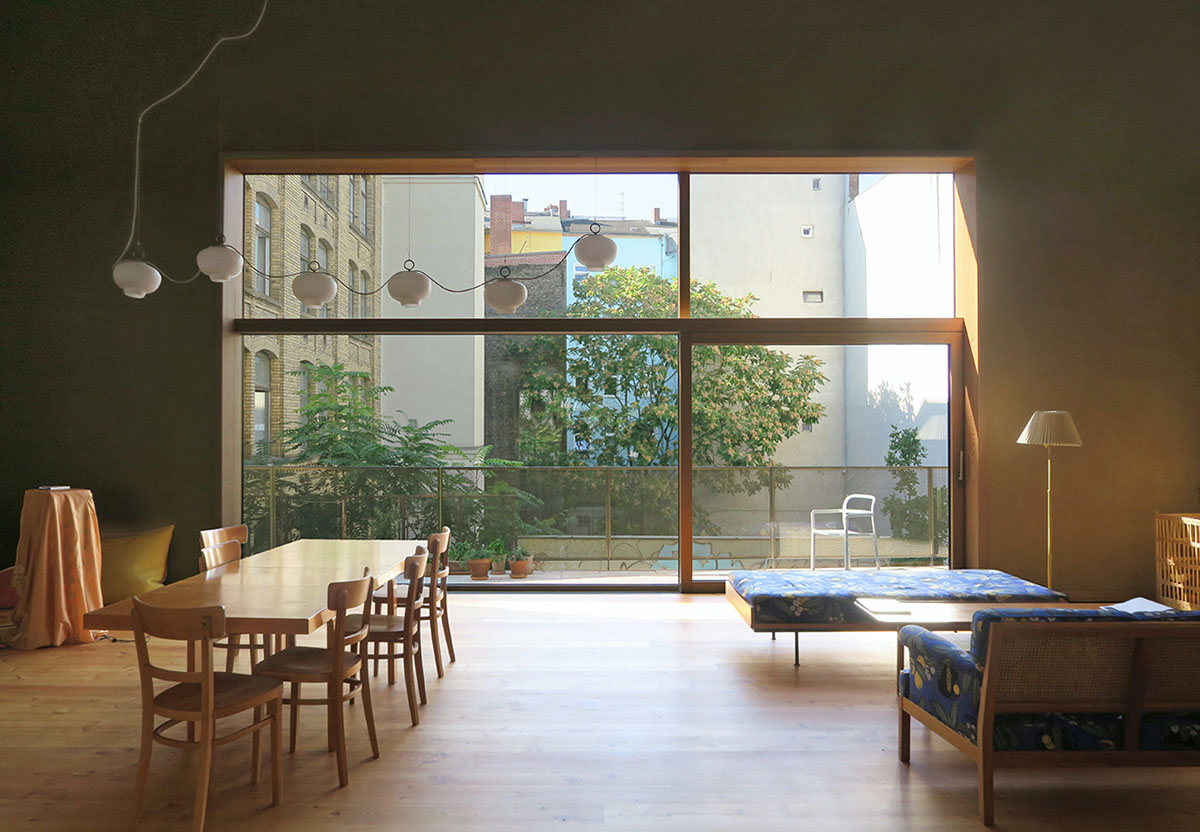 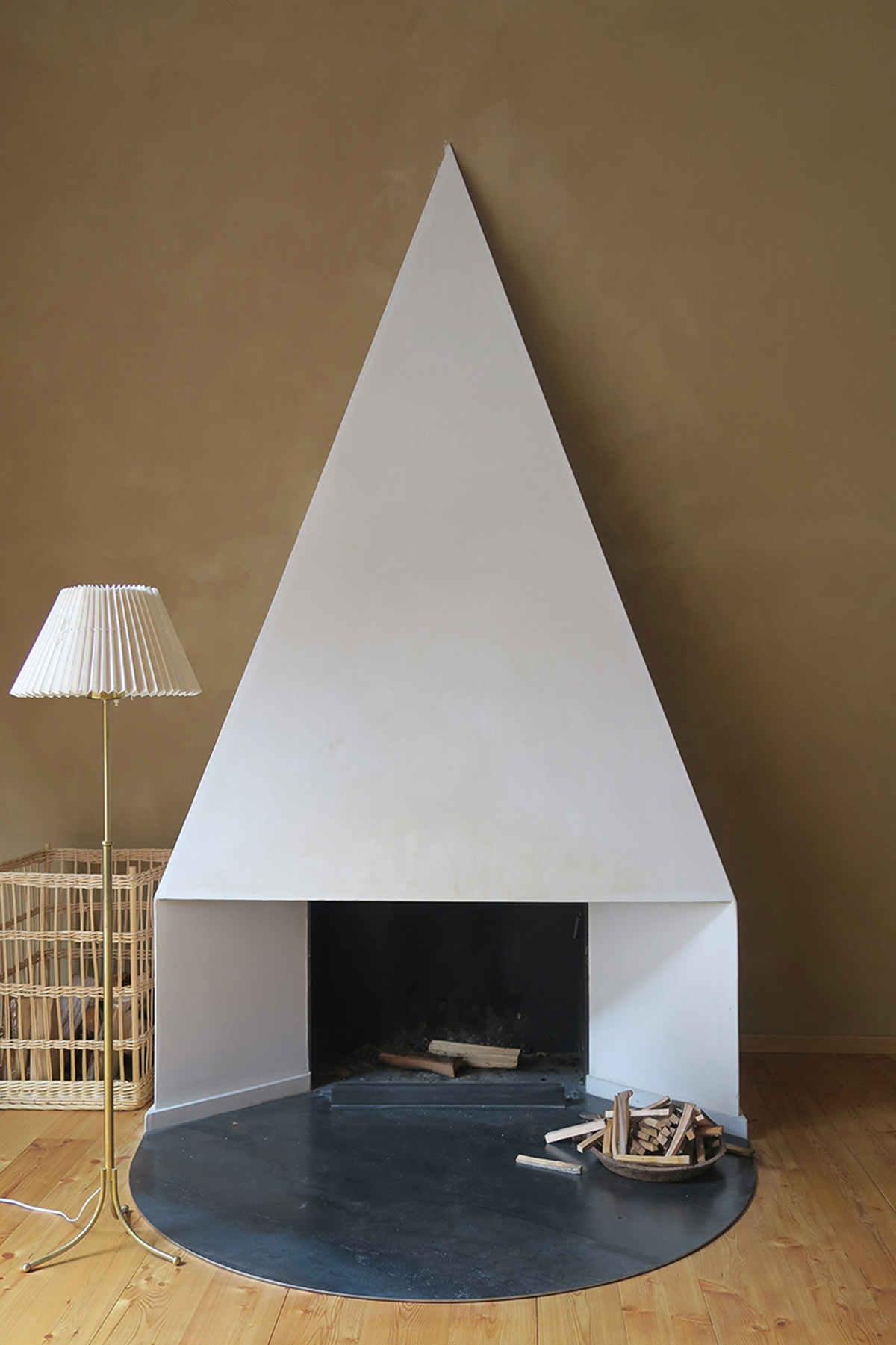 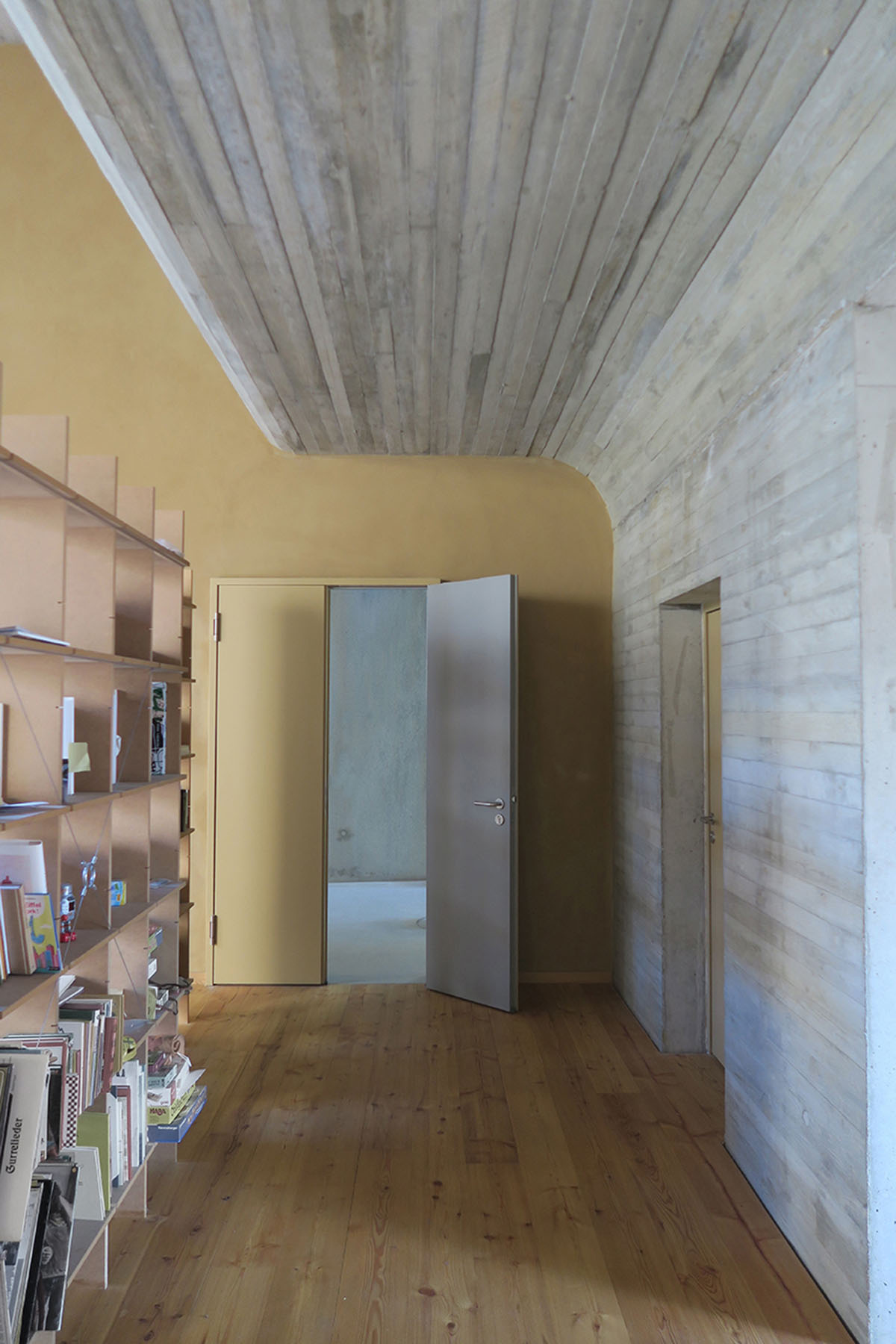 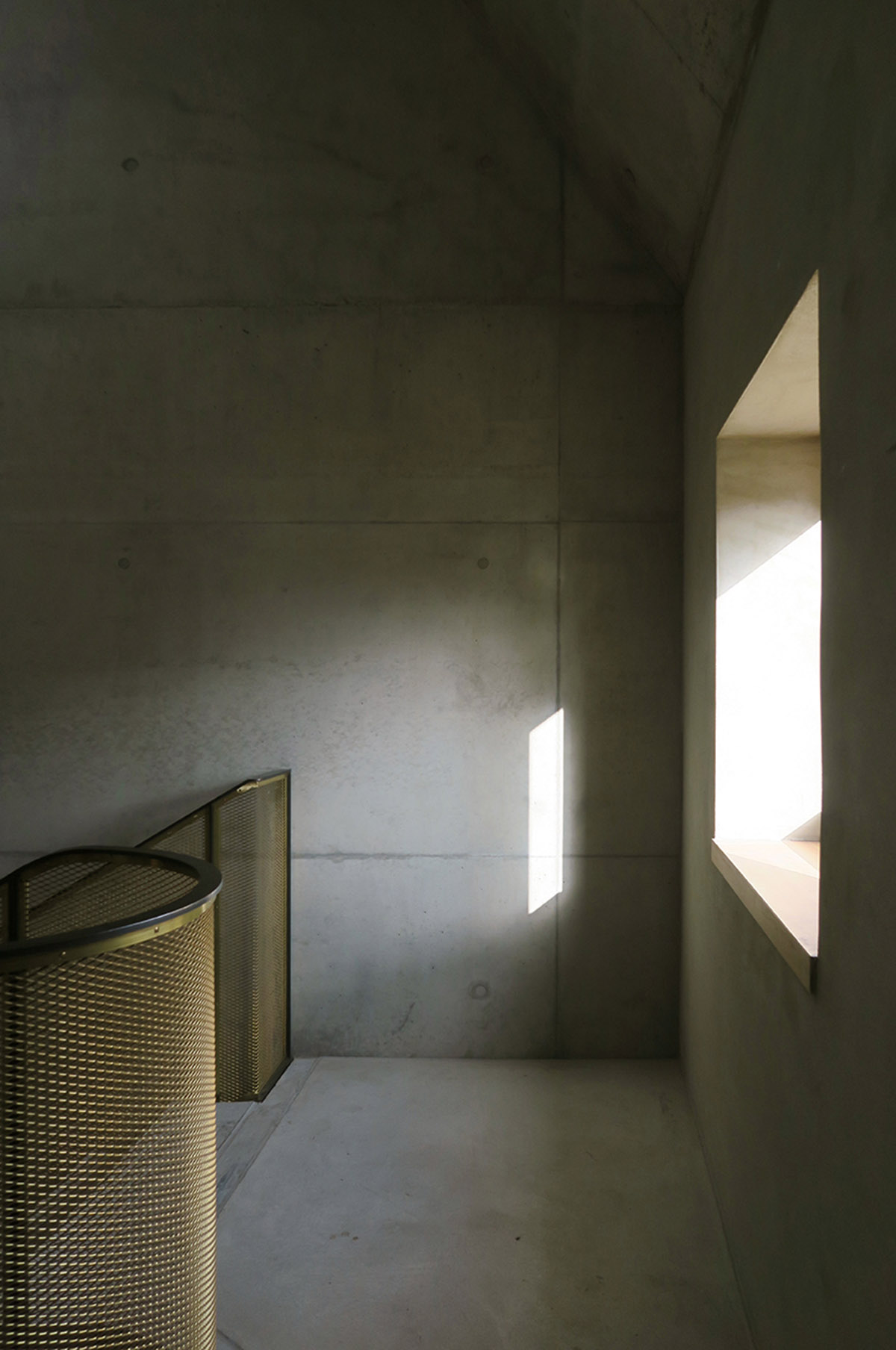 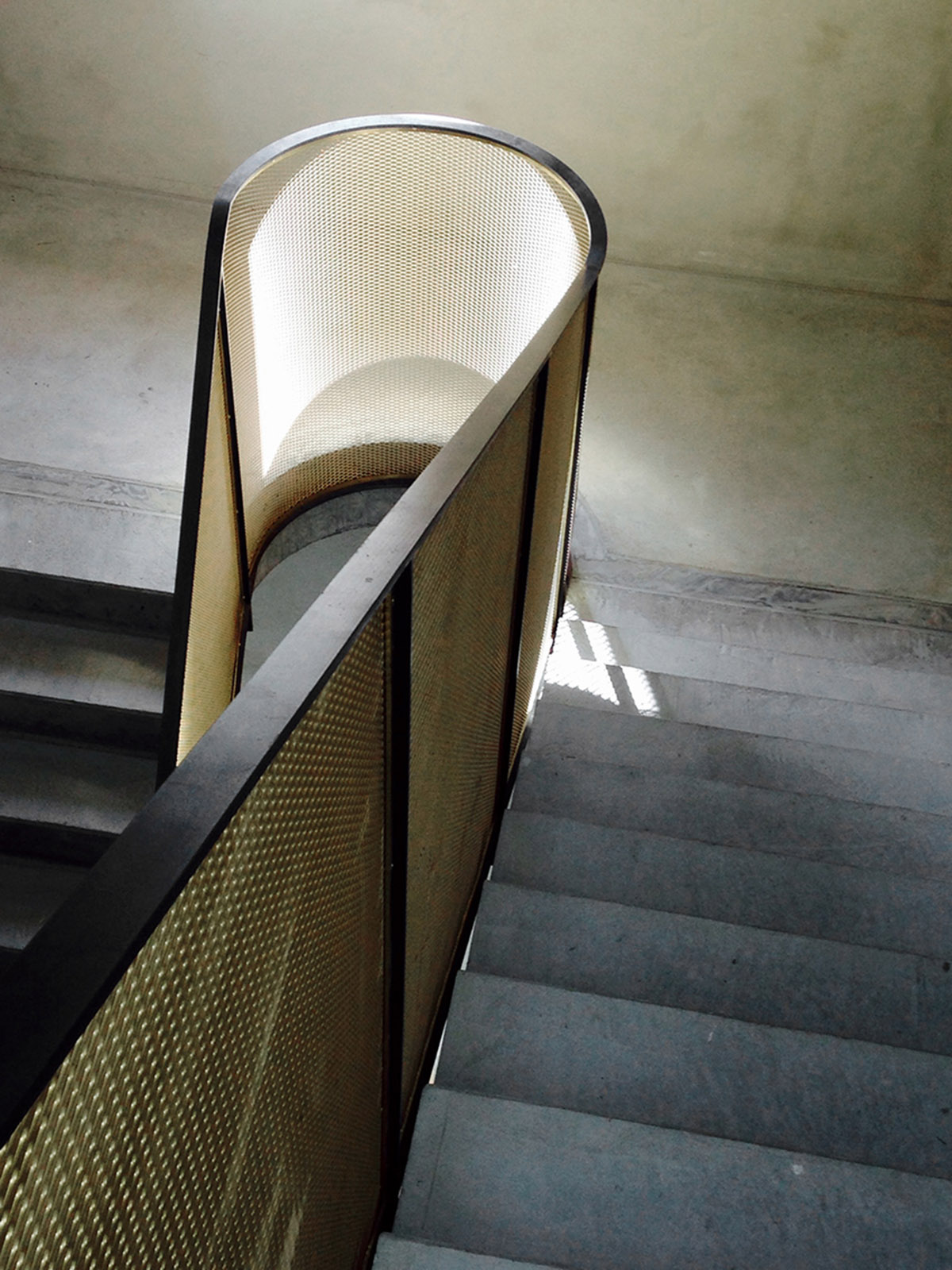 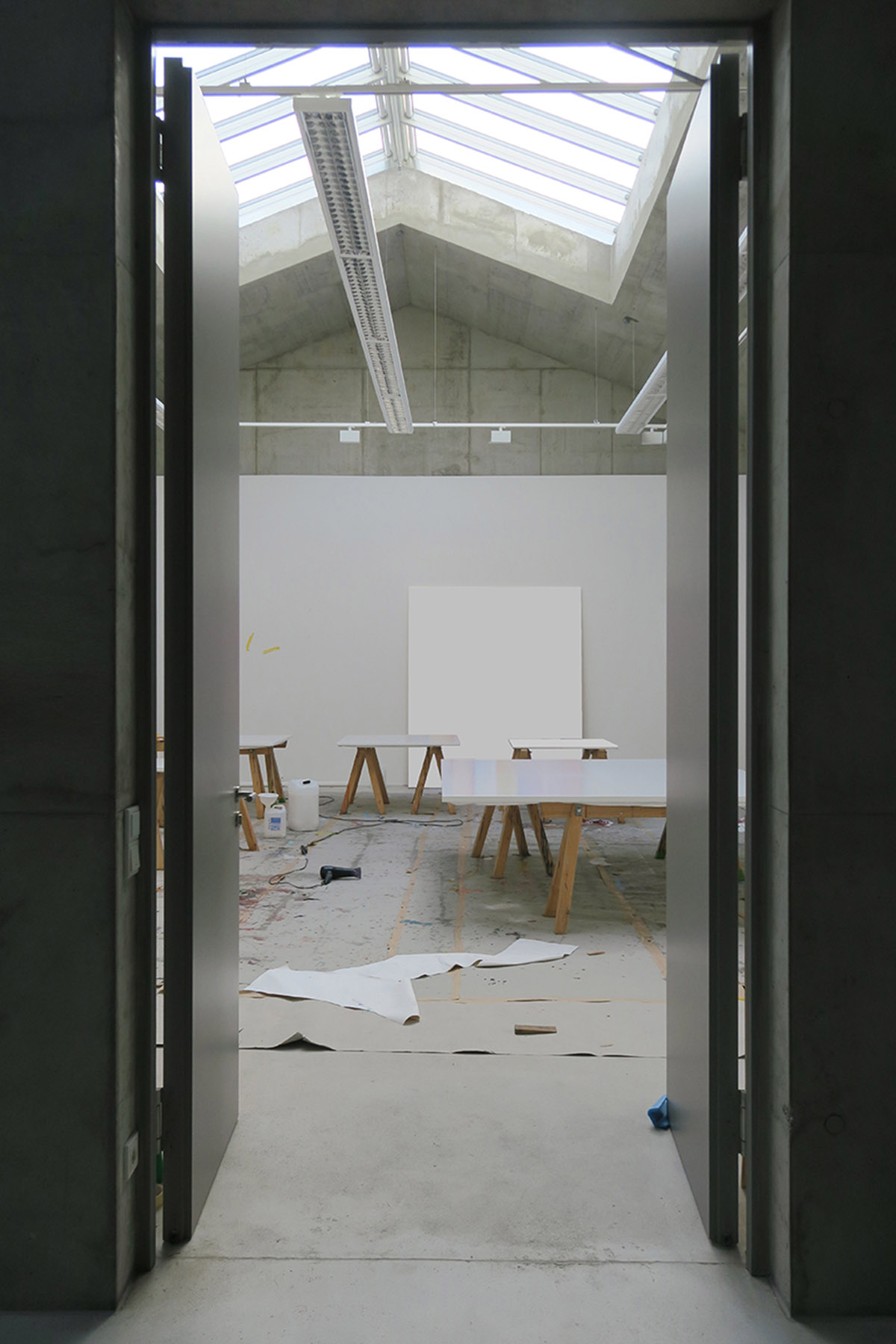 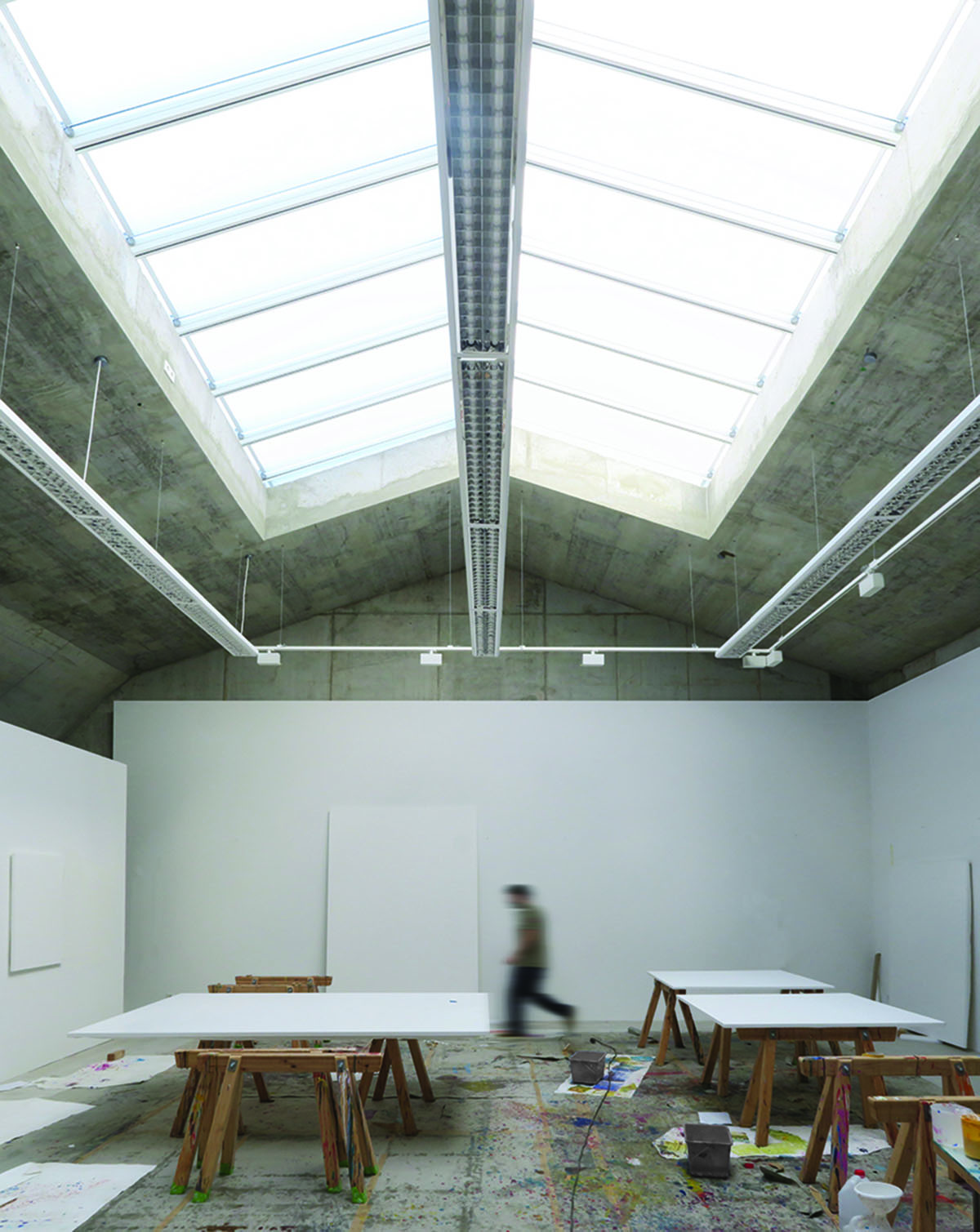 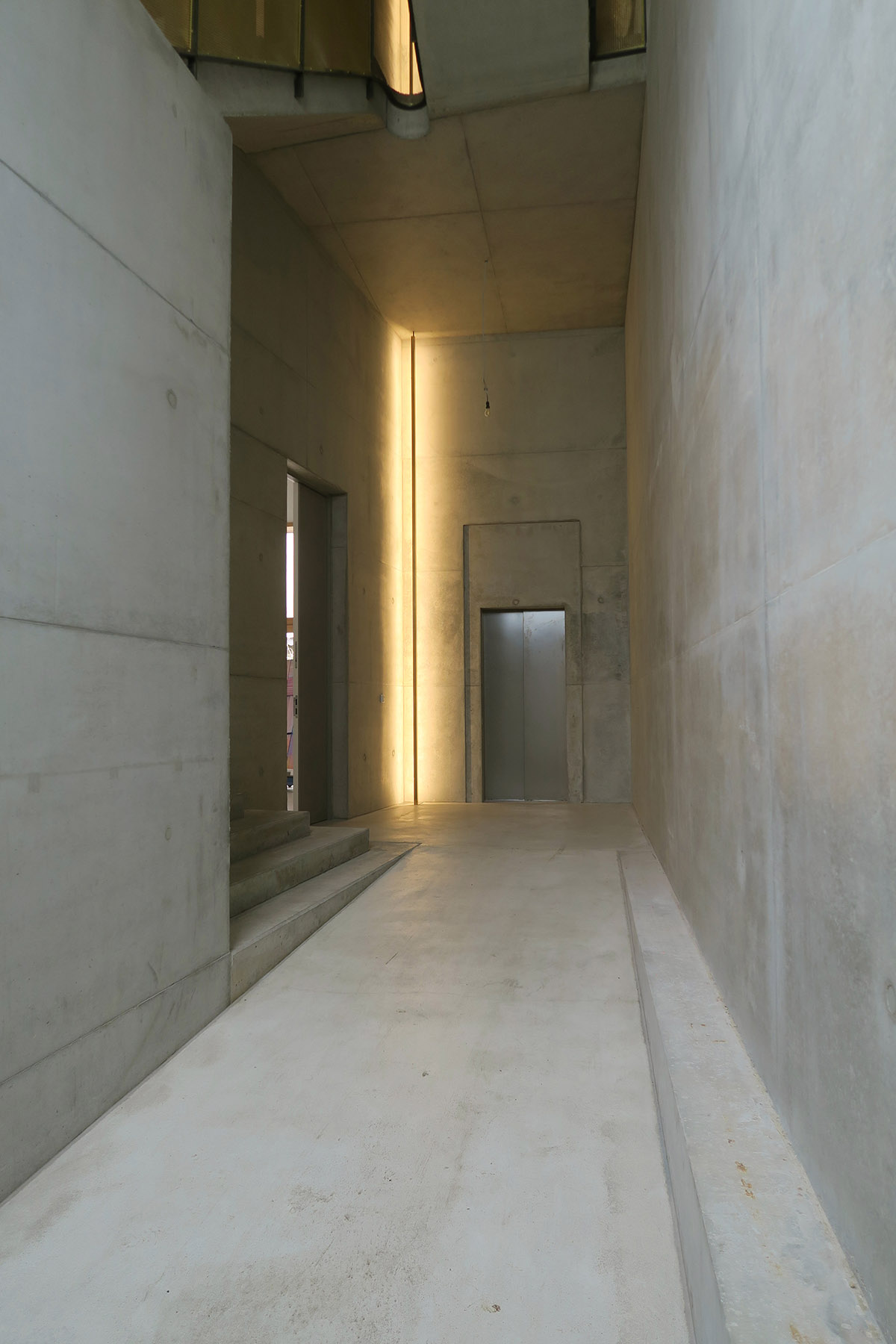 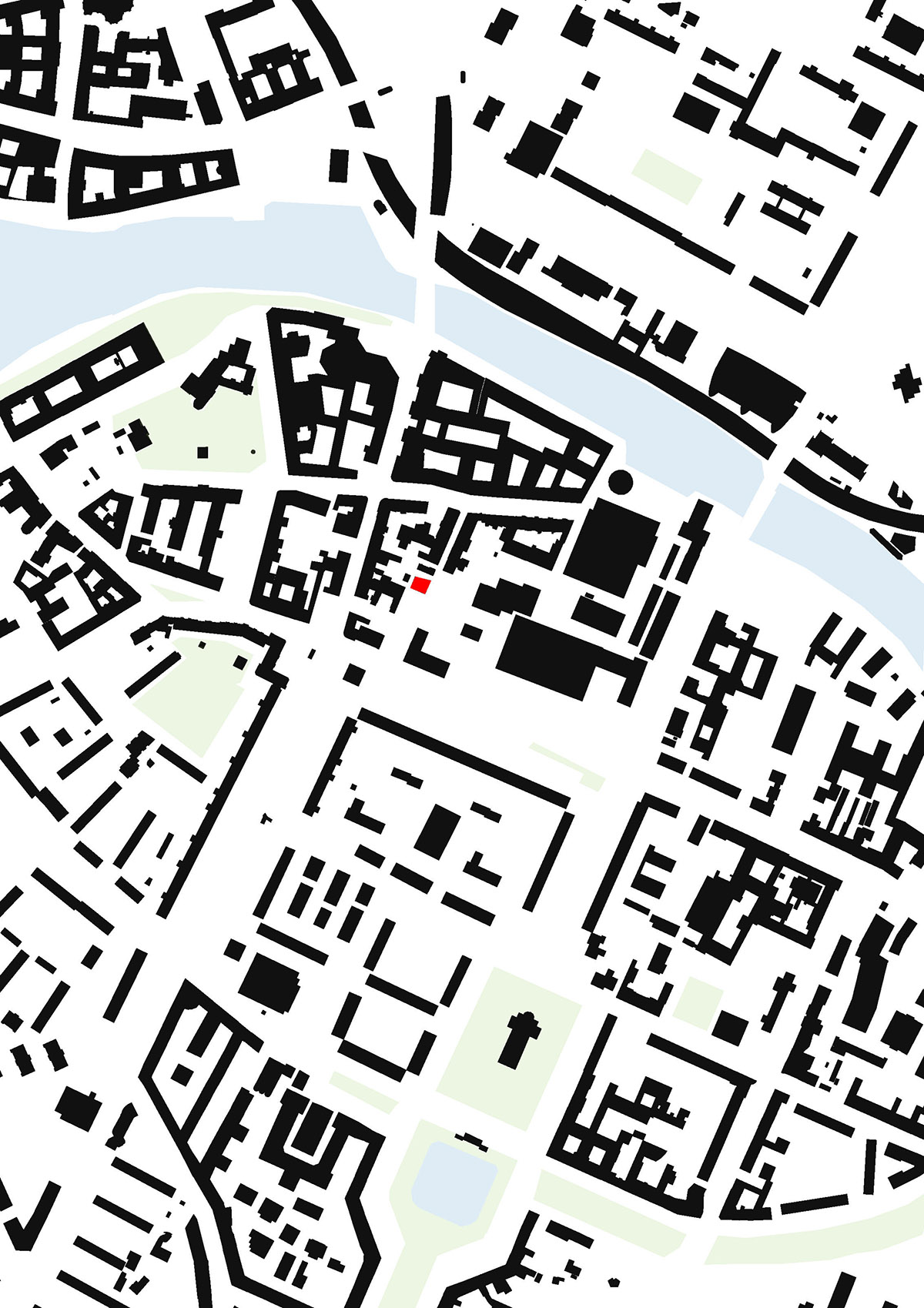 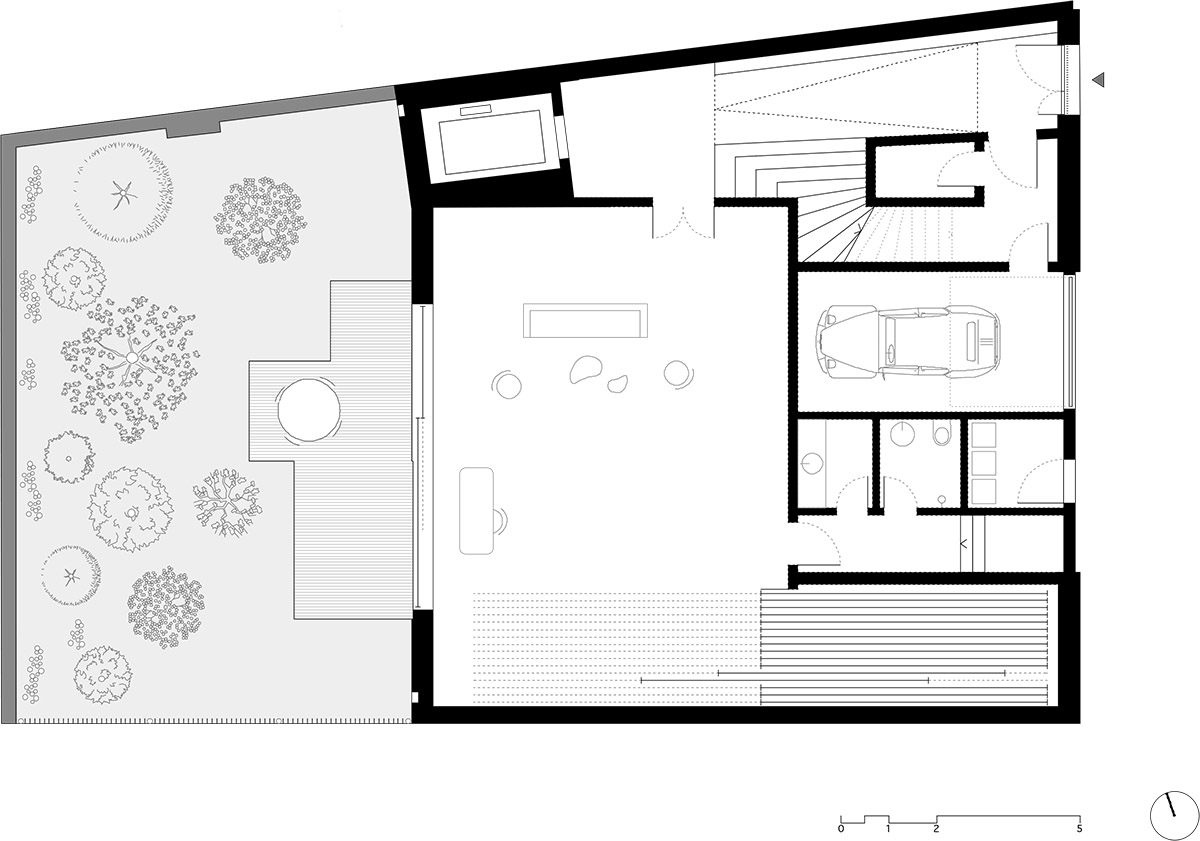 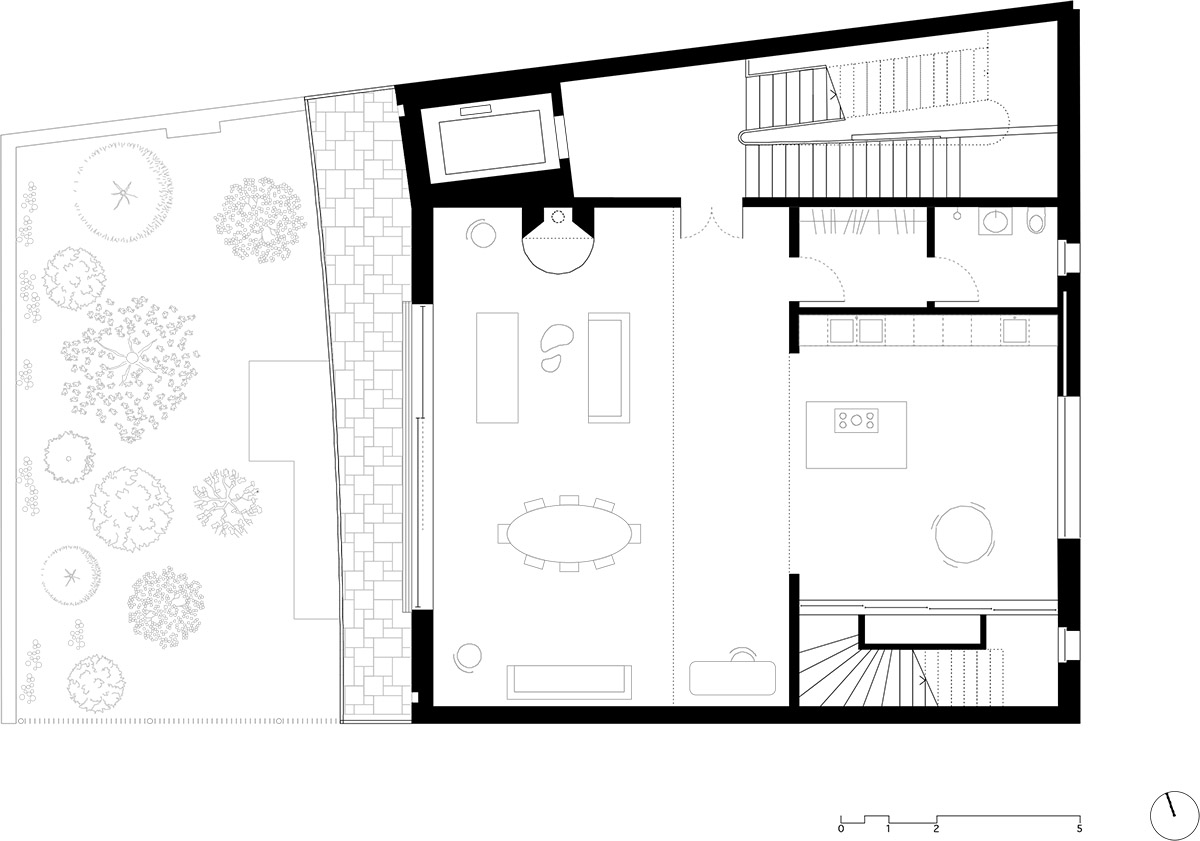 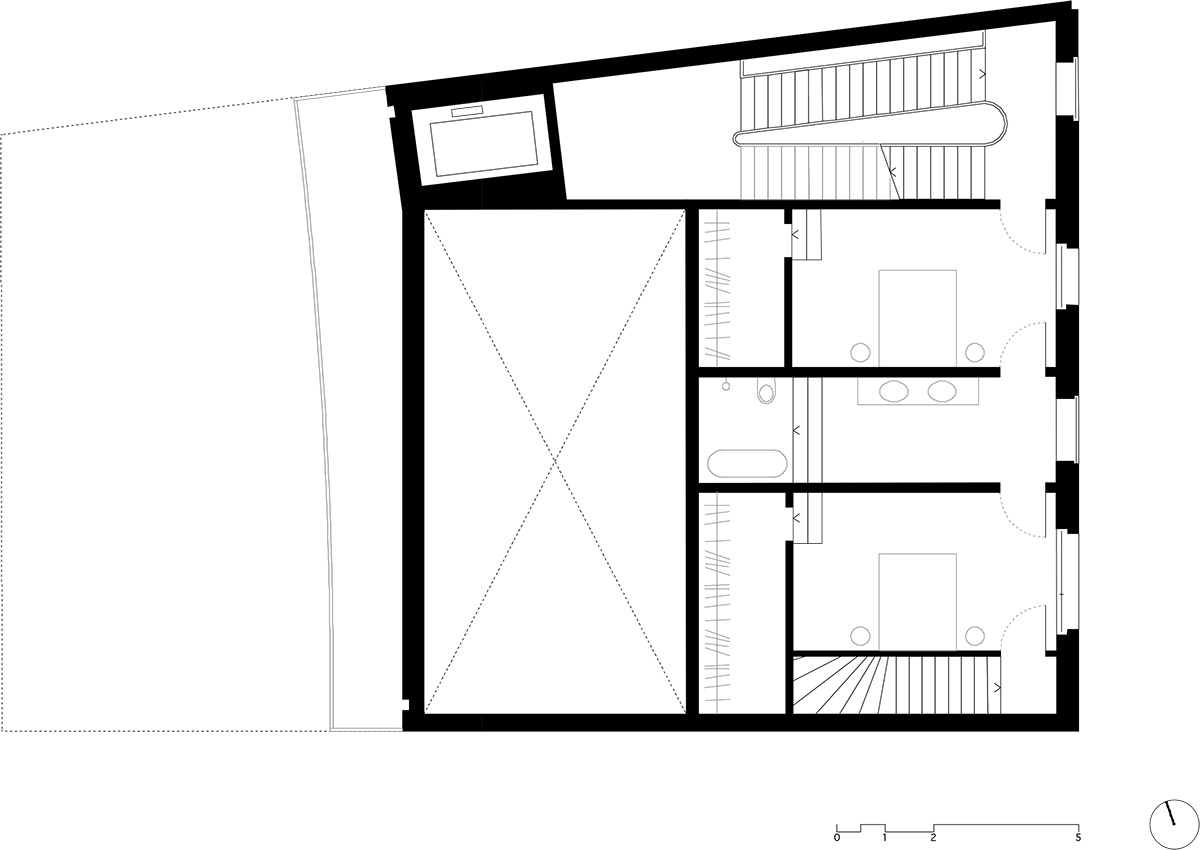 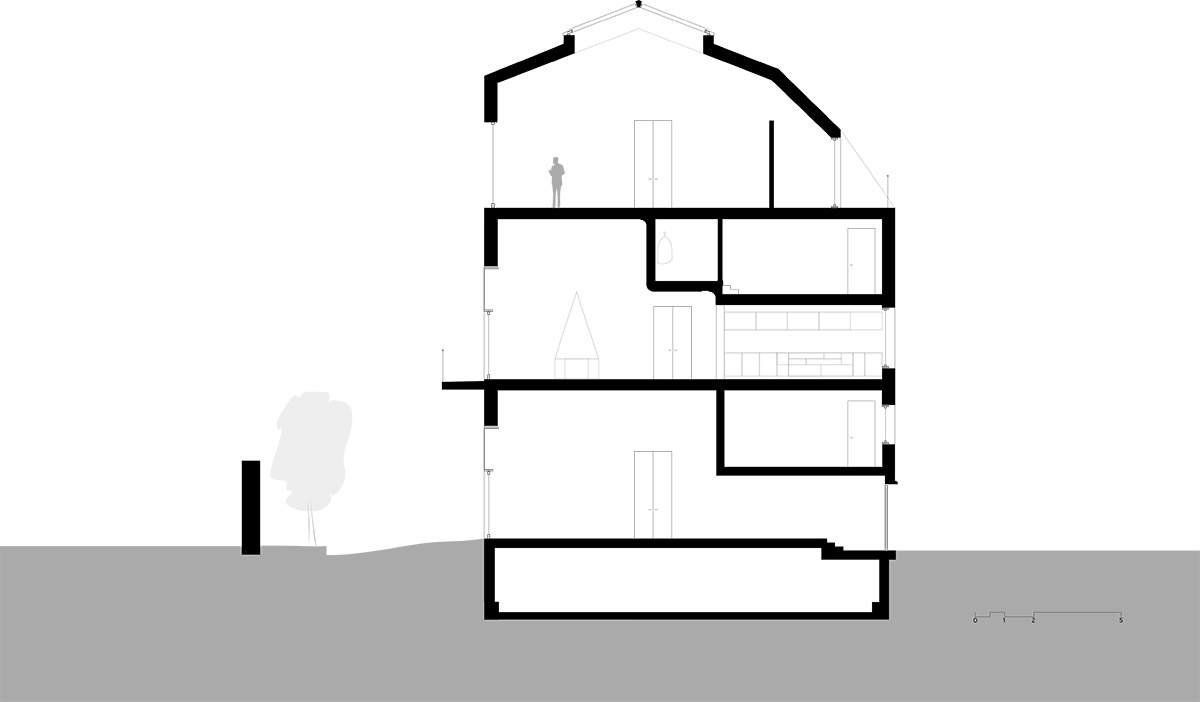