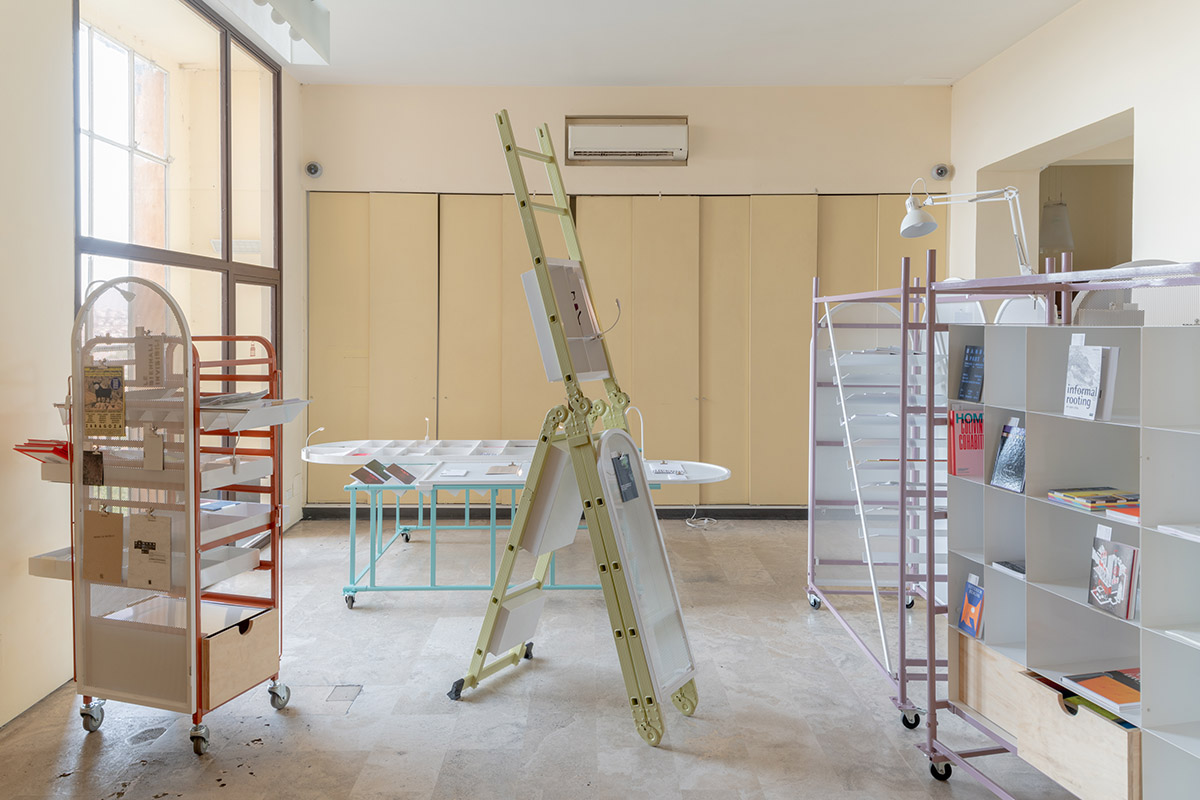 The New Generations Festival has launched the Reading Room Installation as part of its ongoing three-year edition, called “New Urban Challenges”, the theme explored new urban challenges with its sub-themes: (City and) People, (City and) Responsibility, (City and) Technology and (City and) Image.

The Reading Room Installation, designed by Itinerant Office, is currently open to the public and will last until September 3rd, 2021 at the Royal Academy of Spain in Rome, Italy.

Designed as an itinerant device, the installation aims to provide a new space to feature and exhibit new and innovative research in various editorial formats by emerging architecture practices in Europe.

"One of the primary objectives of the Reading Room is to build and connect emerging architects engaged in active research on important topics with various cultural institutions across Europe and beyond," said New Generations Festival.

World Architecture Community is media partner of the New Generations Festival and is bringing you the latest updates, projects from this year's event. 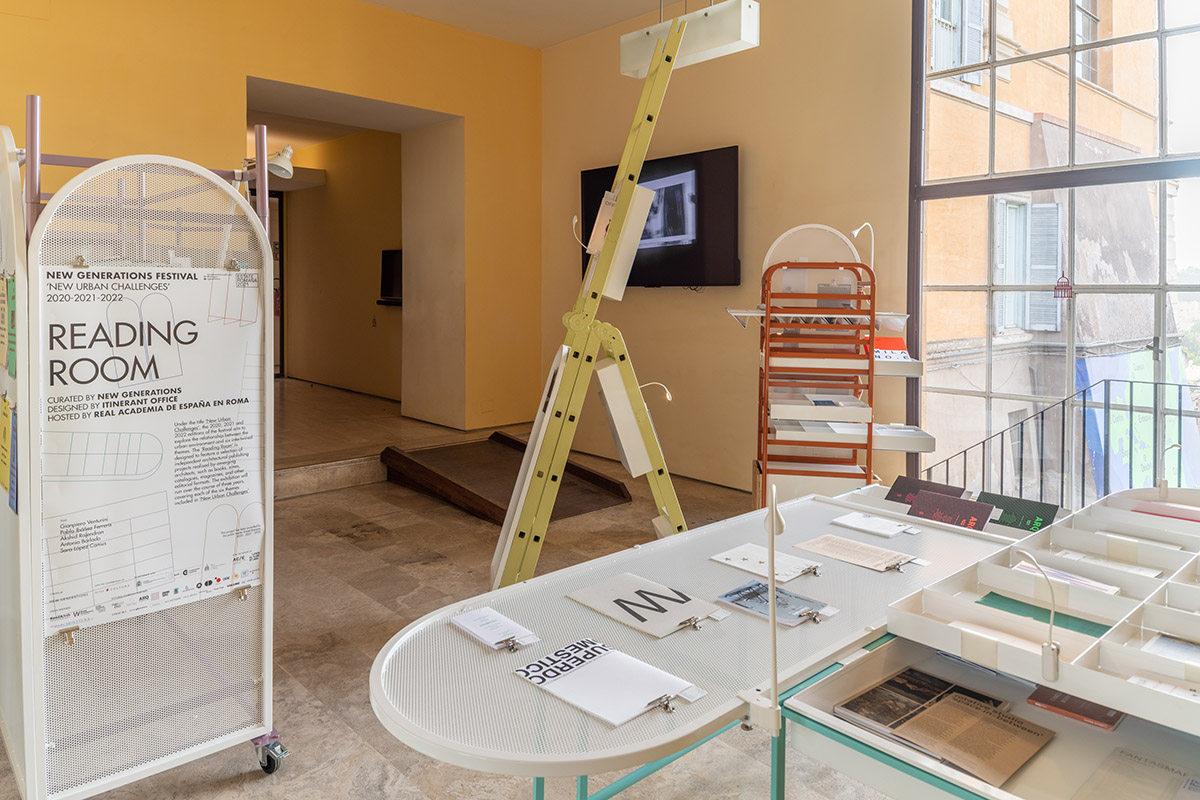 Through the open calls launched by New Generations in the context of the three-year edition of the festival, a selection of editorial projects in the form of books, magazines, zines, small publications, and other formats have been showcased in the installation.

The installation was conceived as a mobile device divided into six pieces, each piece referring to one of the six themes under New Urban Challenges. 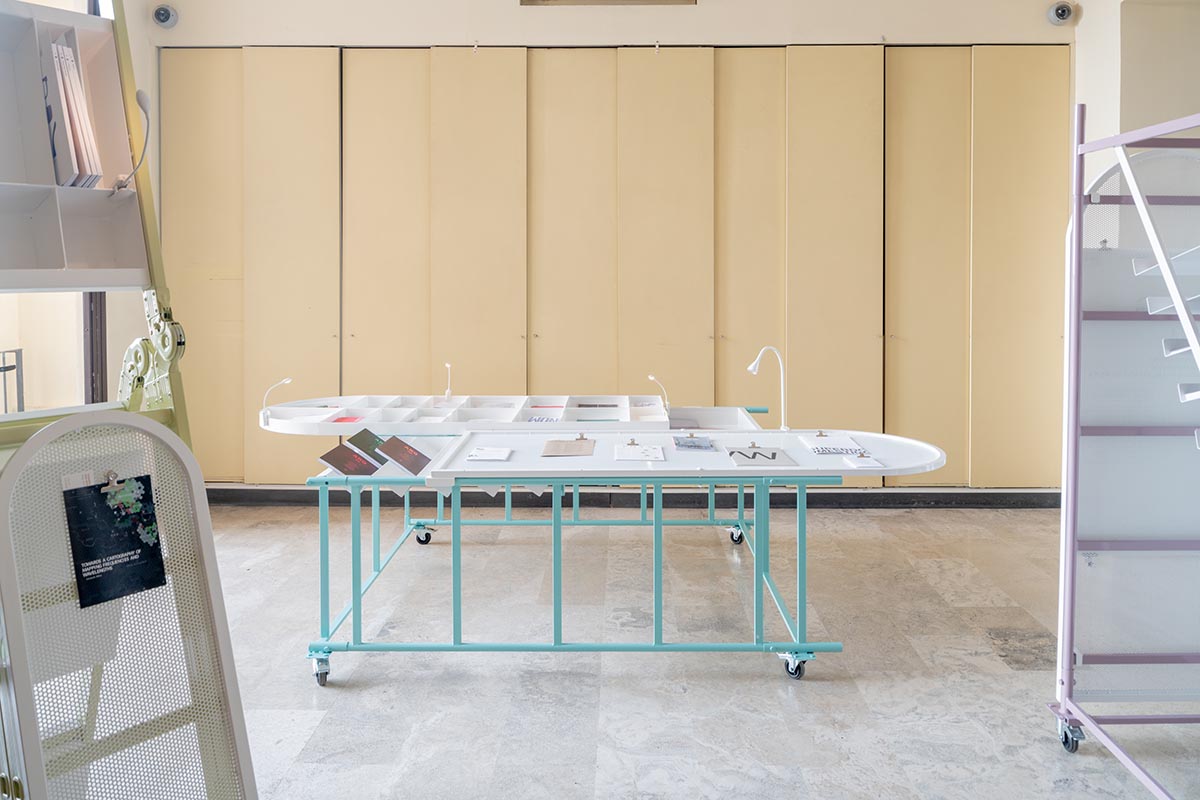 The installation now exhibits publications selected under the first four themes of the New Urban Challenges: (City and) People, (City and) Responsibility, (City and) Technology and (City and) Image.

The remaining two themes of the total six themes under the New Urban Challenges will be revealed in the third and final instalment of the three-year festival. 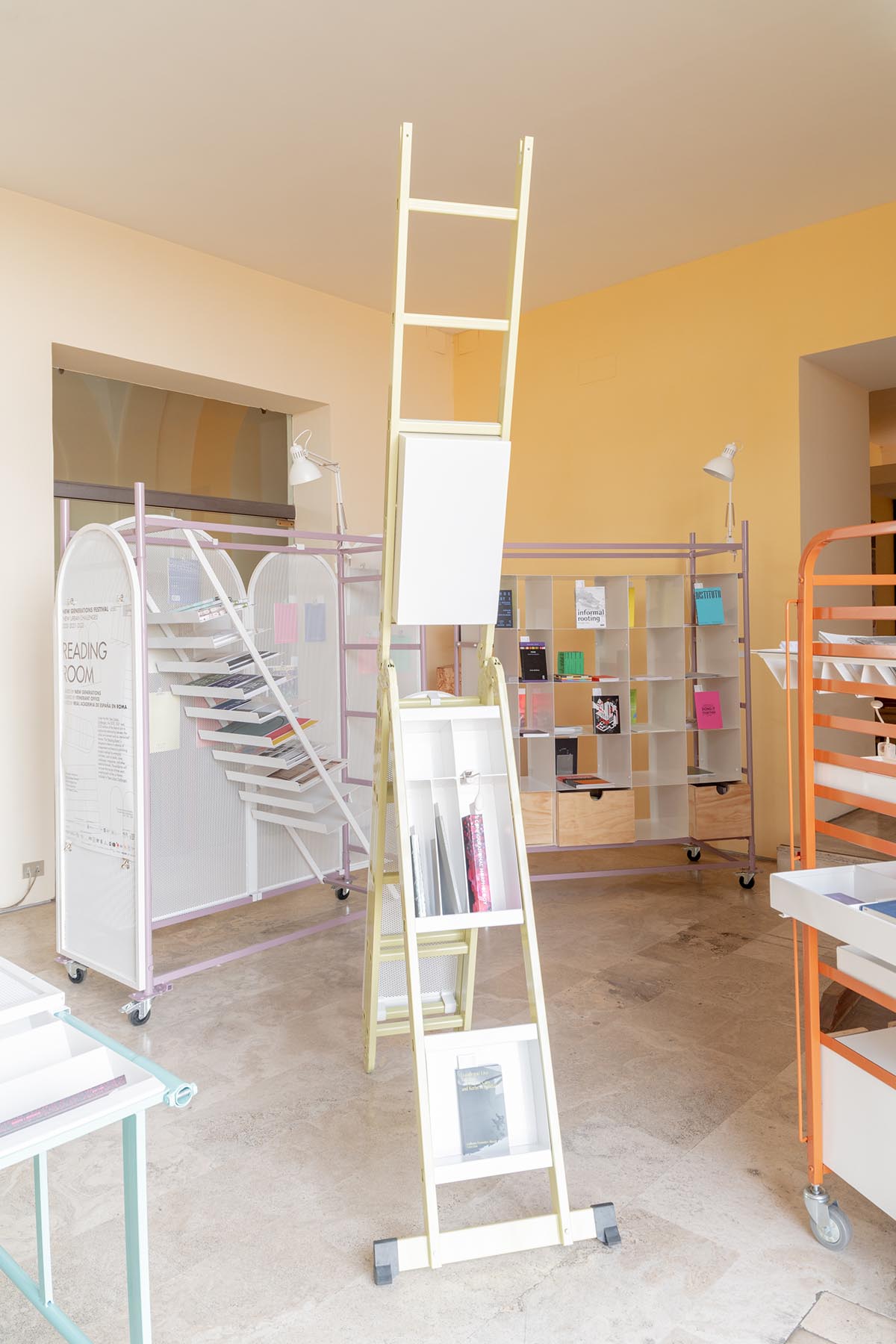 The installation has been devised with the objective of compiling and mapping the vast production of architectural research by emerging architecture firms in the European territory that generally goes unnoticed or unpublished by mainstream architecture media.

The included publications were selected through open calls launched by New Generations that saw diverse submissions by over 150 emerging practices from more than 25 different countries under various themes relating to the contemporary city, as part of “New Urban Challenges”. 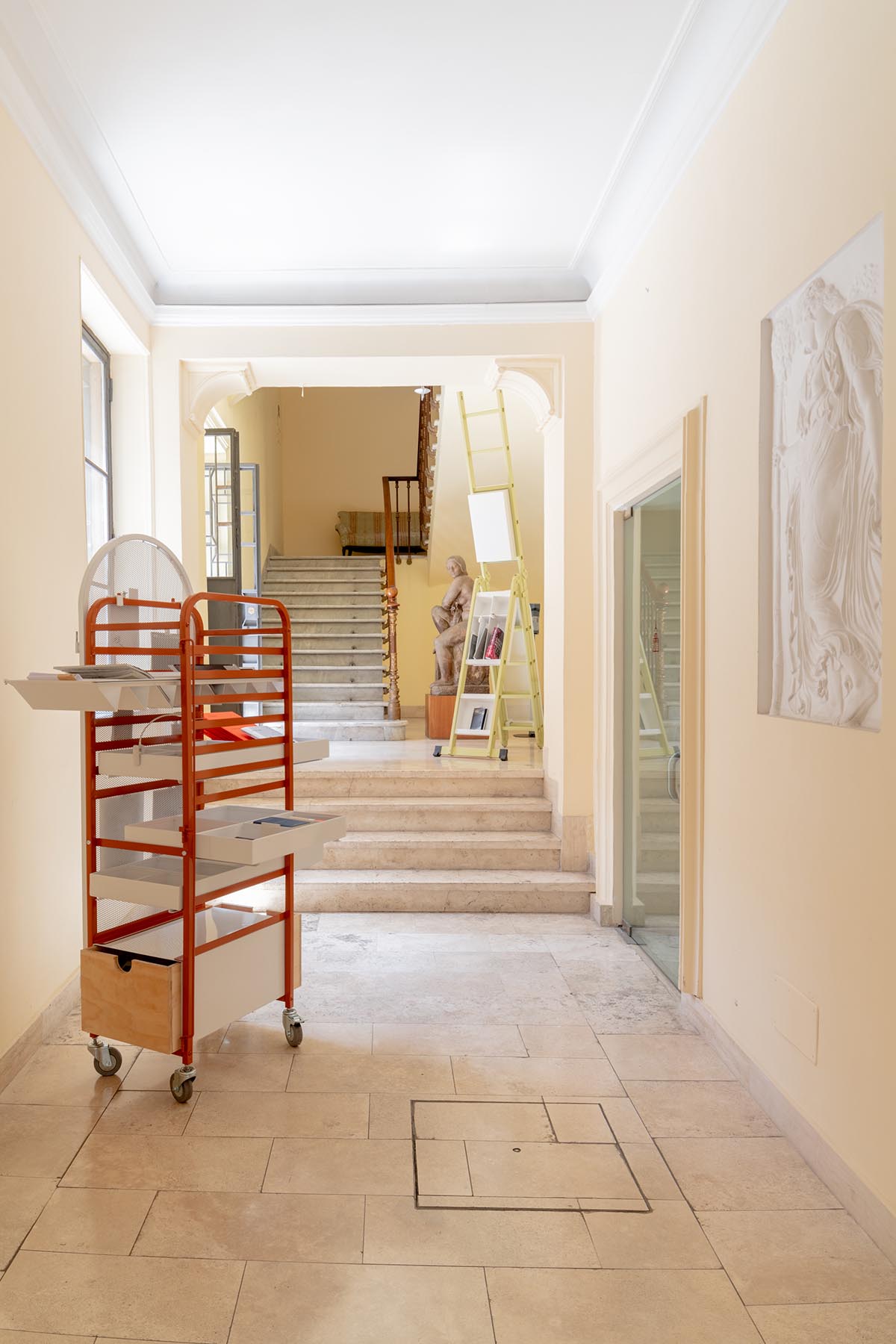 Developed by prioritising its itinerance in order to promote and shed light upon the selection of editorial projects in some of the most prestigious locations and diverse cultural institutions across Europe, the Reading Room deals with various urgent issues that are currently prominent in the global architectural discussion.

The selected publications seek to allow readers to discover emerging architects who are at the frontlines of the debate in the various topics outlined by the installation. 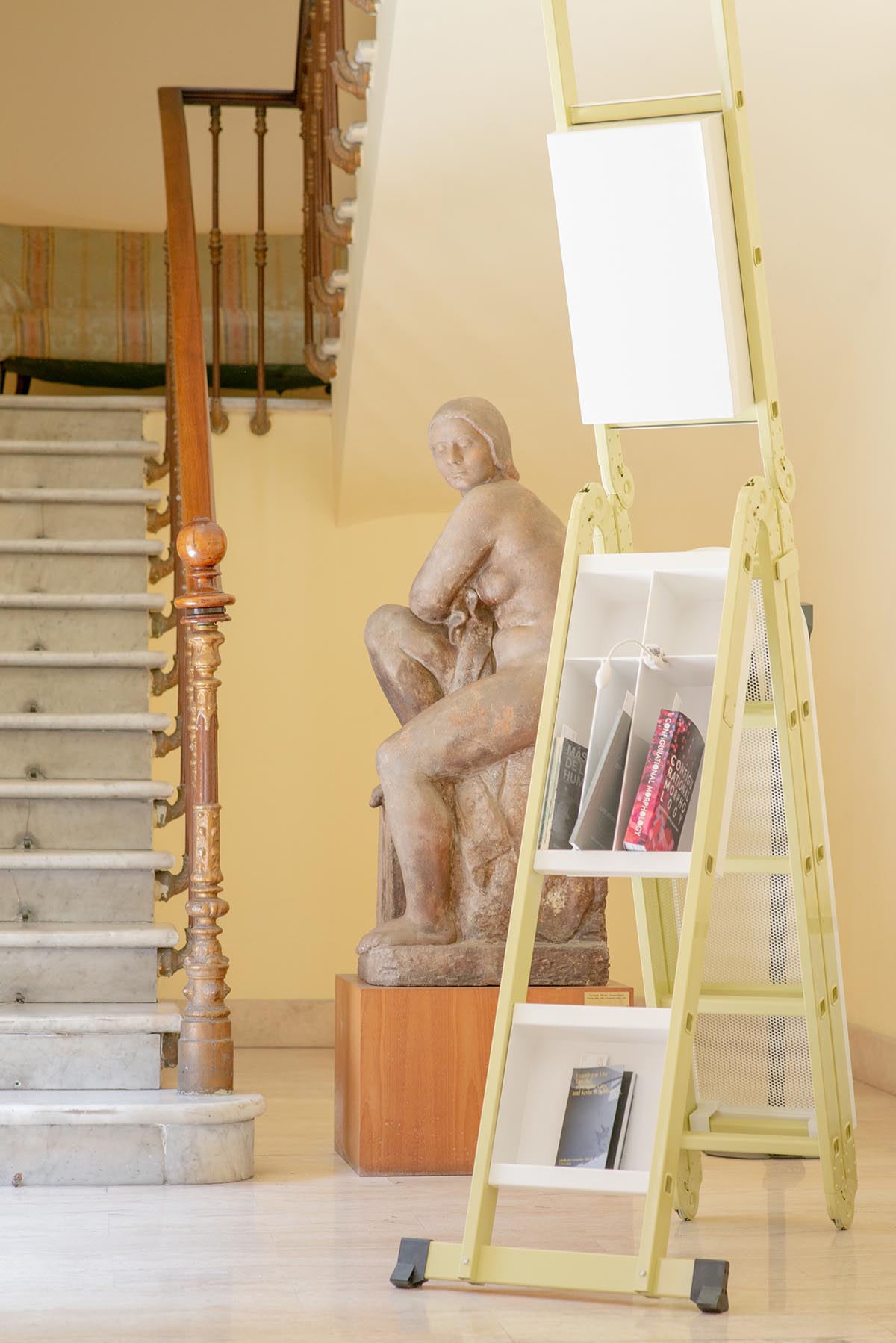 The design of the installation made of industrially prefabricated materials

The installation is composed of industrially prefabricated materials, deliberately personalised and built out of a standardised scaffolding unit, assembled with galvanised steel.

Each piece of the installation includes the following three different displays to exhibit and showcase the selection of publications categorised by their respective editorial formats: a chest of drawers that includes publications in the formats of books and magazines; racks that include magazines and journals; and sheet steel surfaces that display fanzines and other short-term publications. In the form of a ladder and a rack of shelves, the (City and) People piece is designed to display publications that focus on the citizens that comprise the contemporary city, exploring the current narratives around collective projects, new forms of participation and innovative methods of cohabiting with projects such as Madrid interior by Asier Rua and Rebel Bodies Rebel Cities by Víctor Cano Ciborro & Mansi Shah. 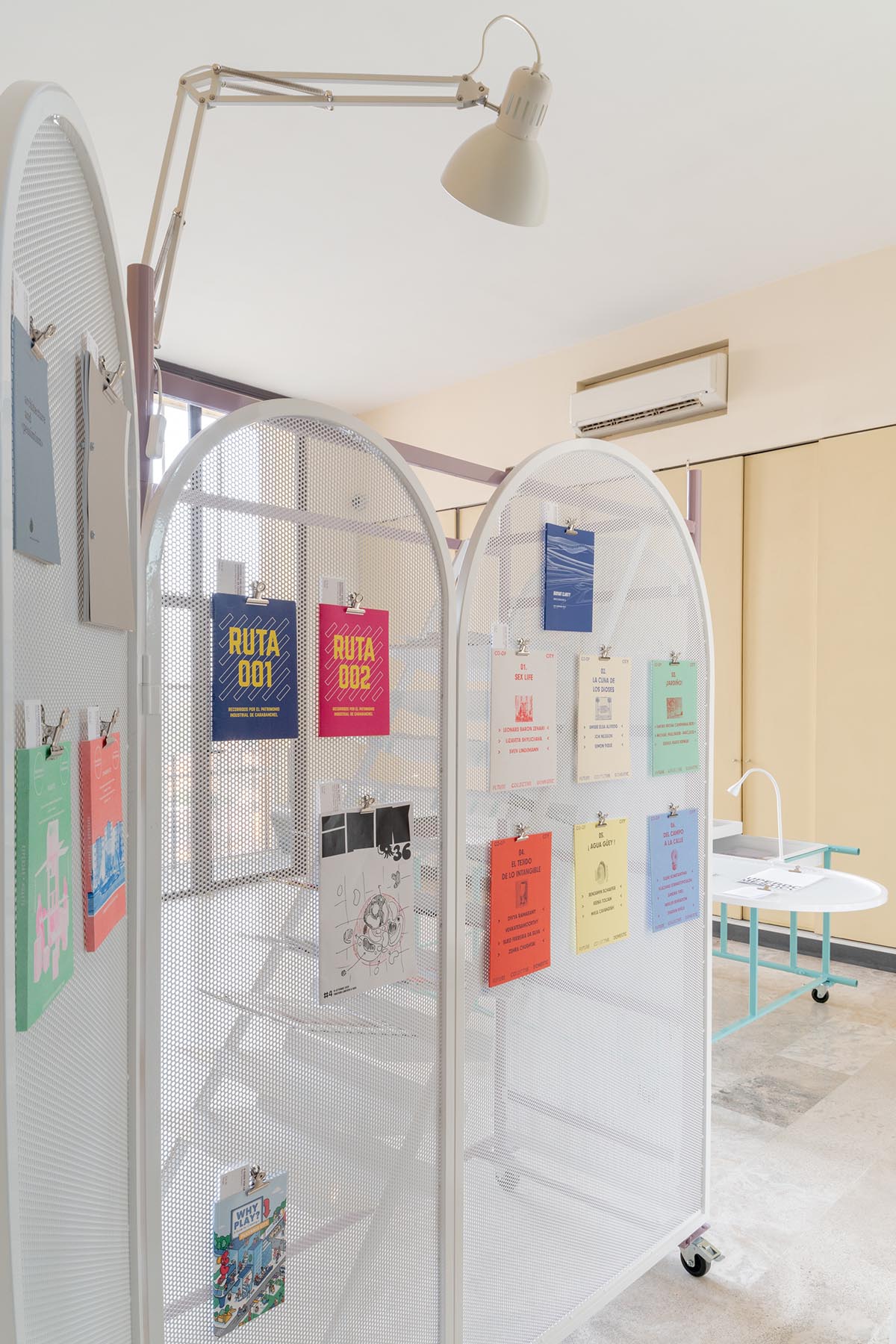 Using a horizontally placed scaffolding unit, the (City and) Responsibility piece creates planar surfaces in different textures, each exhibiting publications that explore how we contribute to our living environments, exploring new ways of making our cities more inclusive and liveable.

Some of the projects included are Fantasmapedia by Jérémie Dussault-Lefebvre & Sébastien Royfrom Abeirst as well as magazines such as ARQ Magazine and periodic zines like Pnyx and Chez Etym. 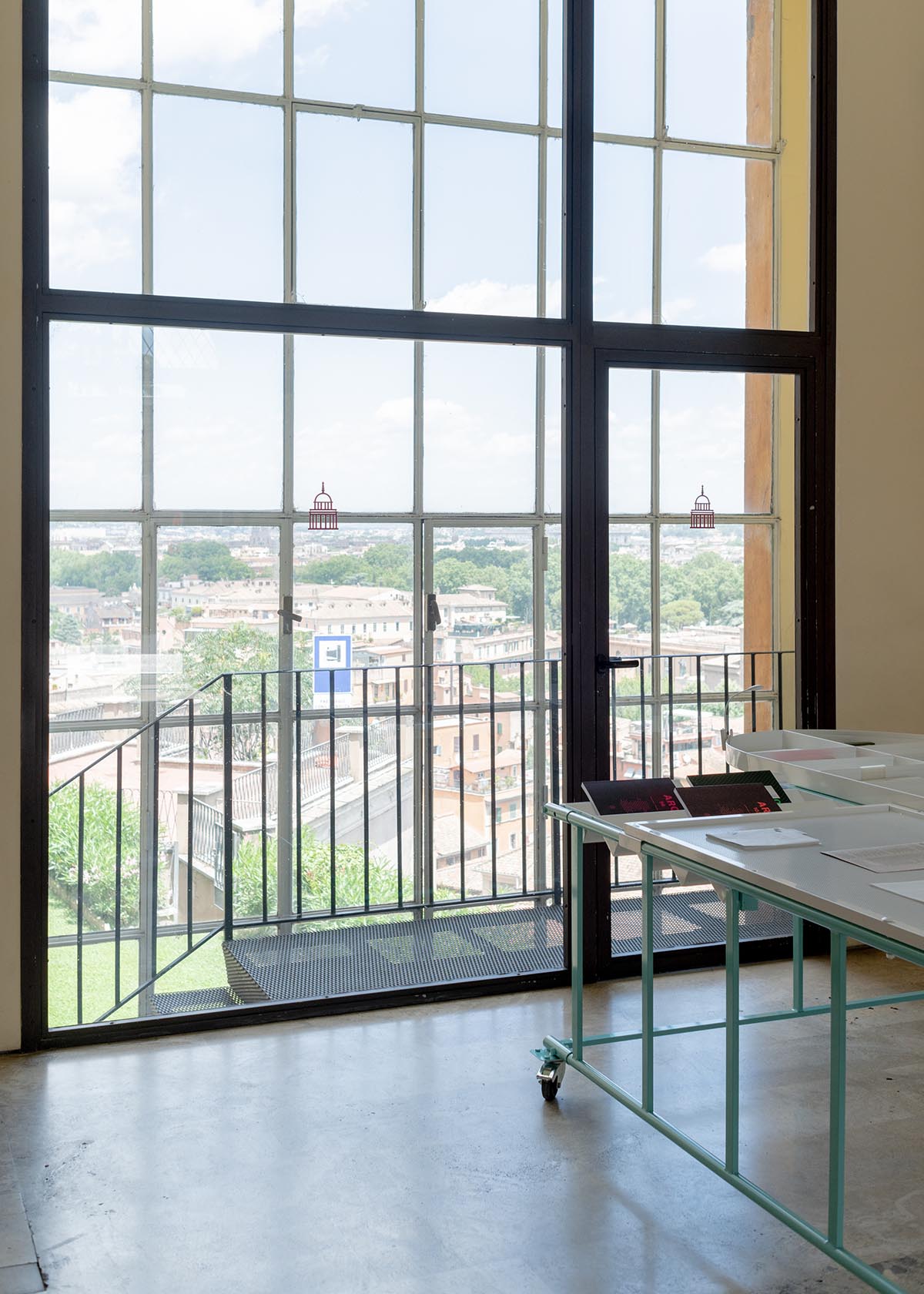 The (City and) Technology topic is designed as a piece built from a telescopic construction ladder and further personalised using modular steel drawers. Bake-painted in pale yellow, the piece stands out but is free to adapt to various spatial configurations.

Projects dealing with the influence of data and technology in architecture such as Geoscape: City as New Nature by Alper Derinboğaz from Salon Architects and Configurational Morphology by Jaka Korla have been included. 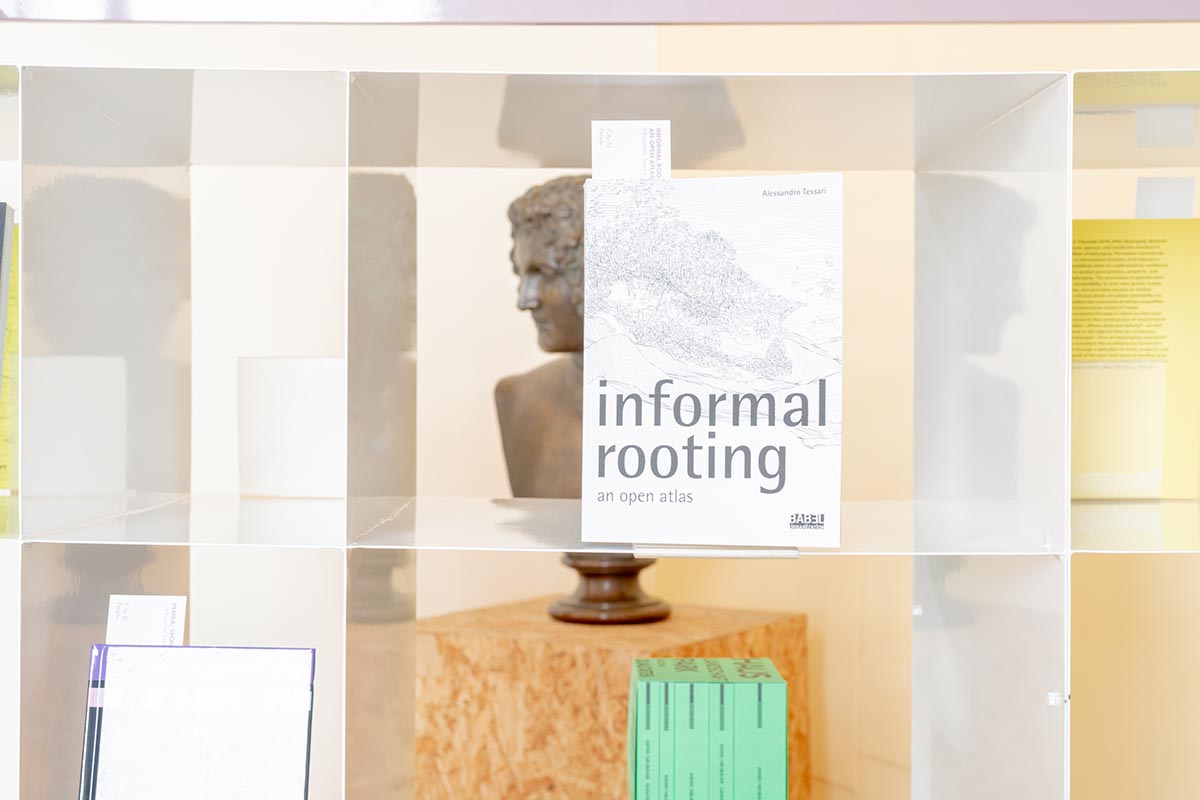 Supported by a movable trolley, the (City and) Image piece also uses a prefabricated design built from galvanised steel. With a number of custom roll-out trays the piece holds magazines, books and other publications in different layouts including projects such as Plan Libre by Sébastien Martinez Barat from MBL architectes and Joanne Pouzenc as well as X RW FW by Philippe Nathan from the studio, 2001. 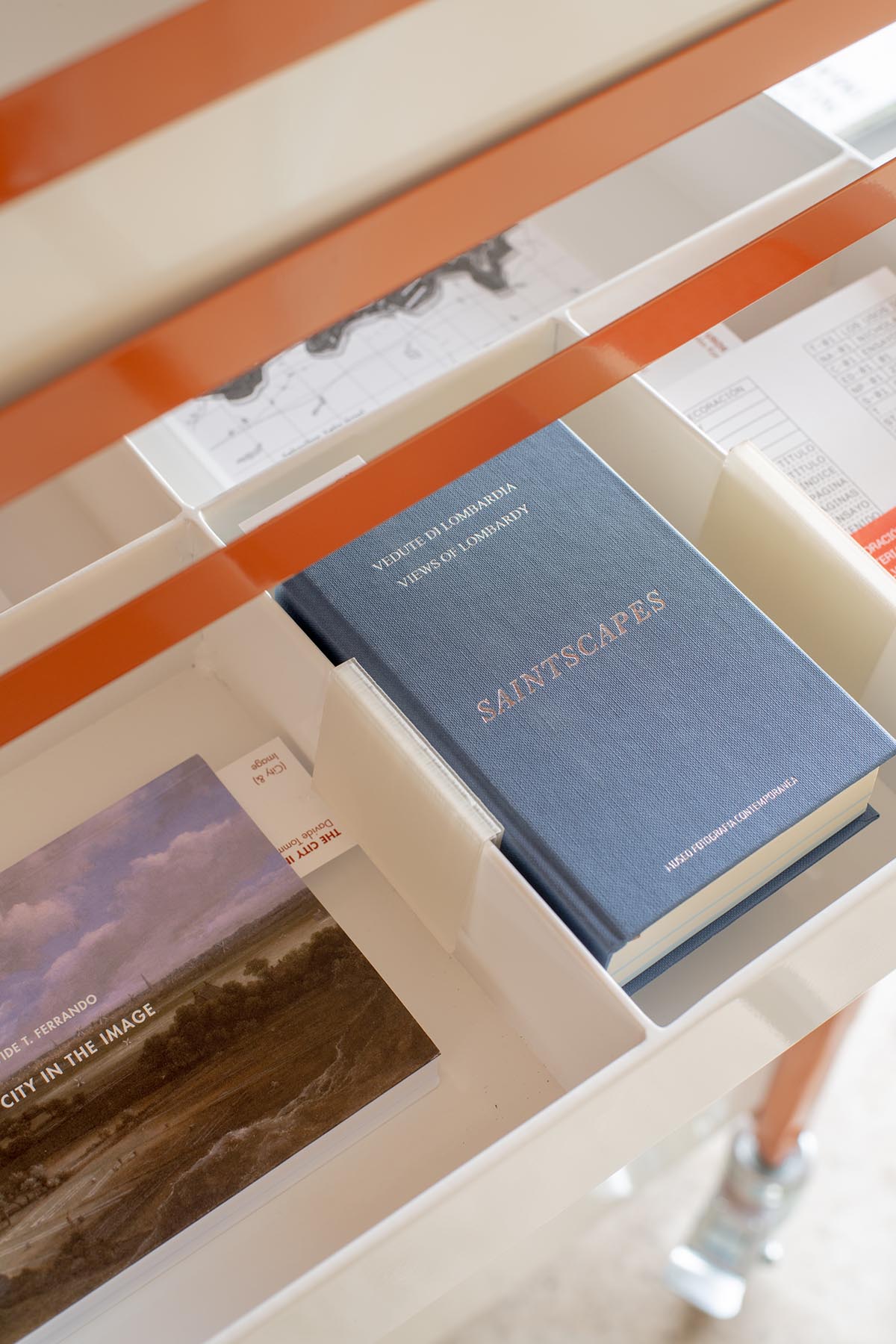 The installation has been inaugurated and opened to the public at the Royal Academy of Spain in Rome, where an active community of young and experienced architects now has access to the selection of publications.

The installation will remain at the Royal Academy until September 3rd, and then be moved onto the next location that will be revealed in the coming months.

In partnership with: Royal Academy of Spain in Rome

The project, promoted by Roma Culture, has been awarded the public tender "Estate Romana 2020 – 2021 – 2022" promoted by the Department of Culture of Rome.