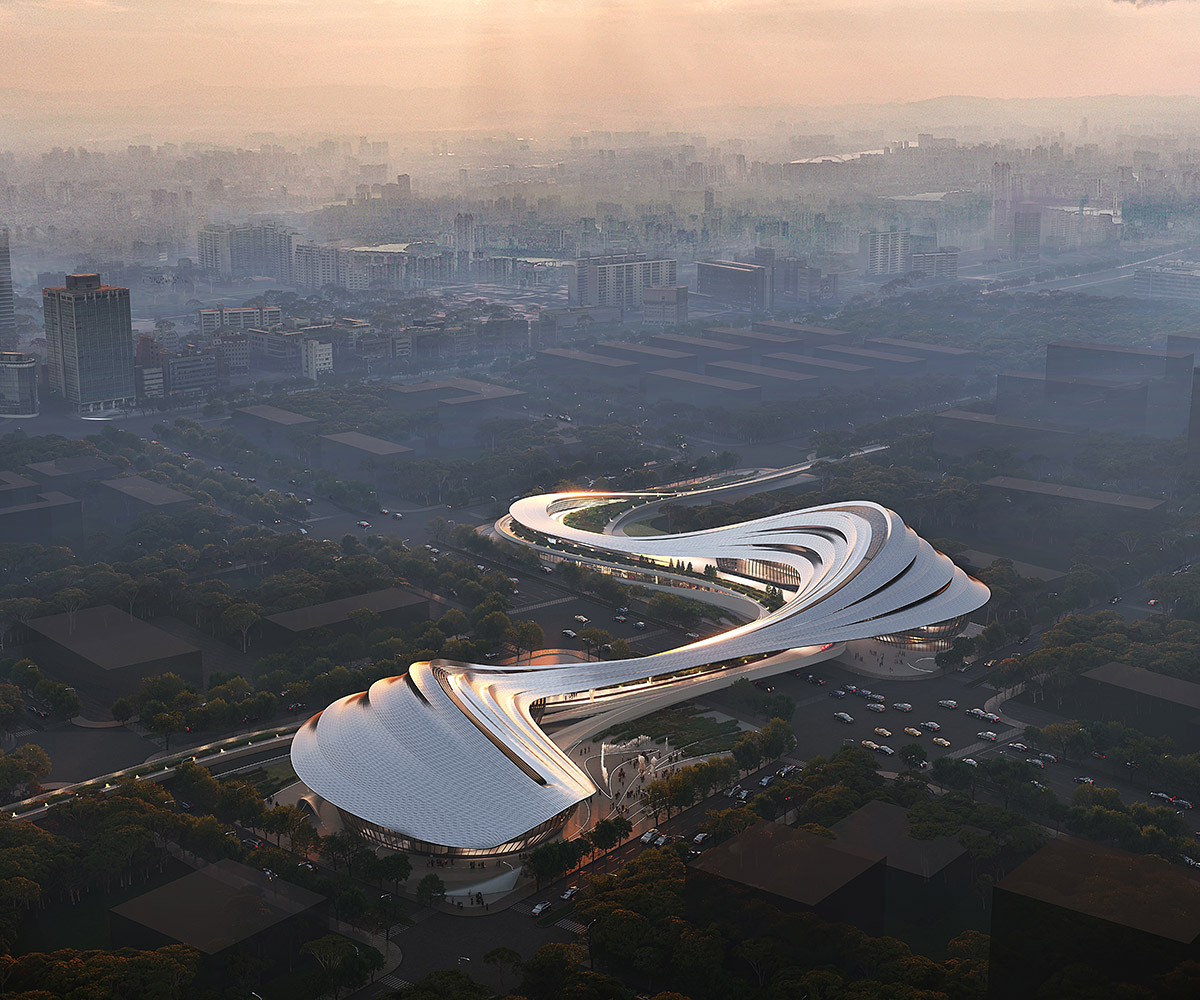 Zaha Hadid Architects (ZHA) has won a competition to design a new culture and art center in the Shaanxi province of China.

Called Jinghe New City Culture & Art Centre, the sinuous building spreads gently into the city and creates its programmatic spaces under beneath the curved envelope.

The project is set to be built within the Jinghe Bay Academician Science & Technology Innovation district of the city.

With new scientific research institutes, Jinghe New City is growing as a science and technology hub north of Xi’an in China's Shaanxi province. Currently, according to ZHA, the city is becoming a centre for developing industries focussing on new energy and materials, artificial intelligence and aerospace. 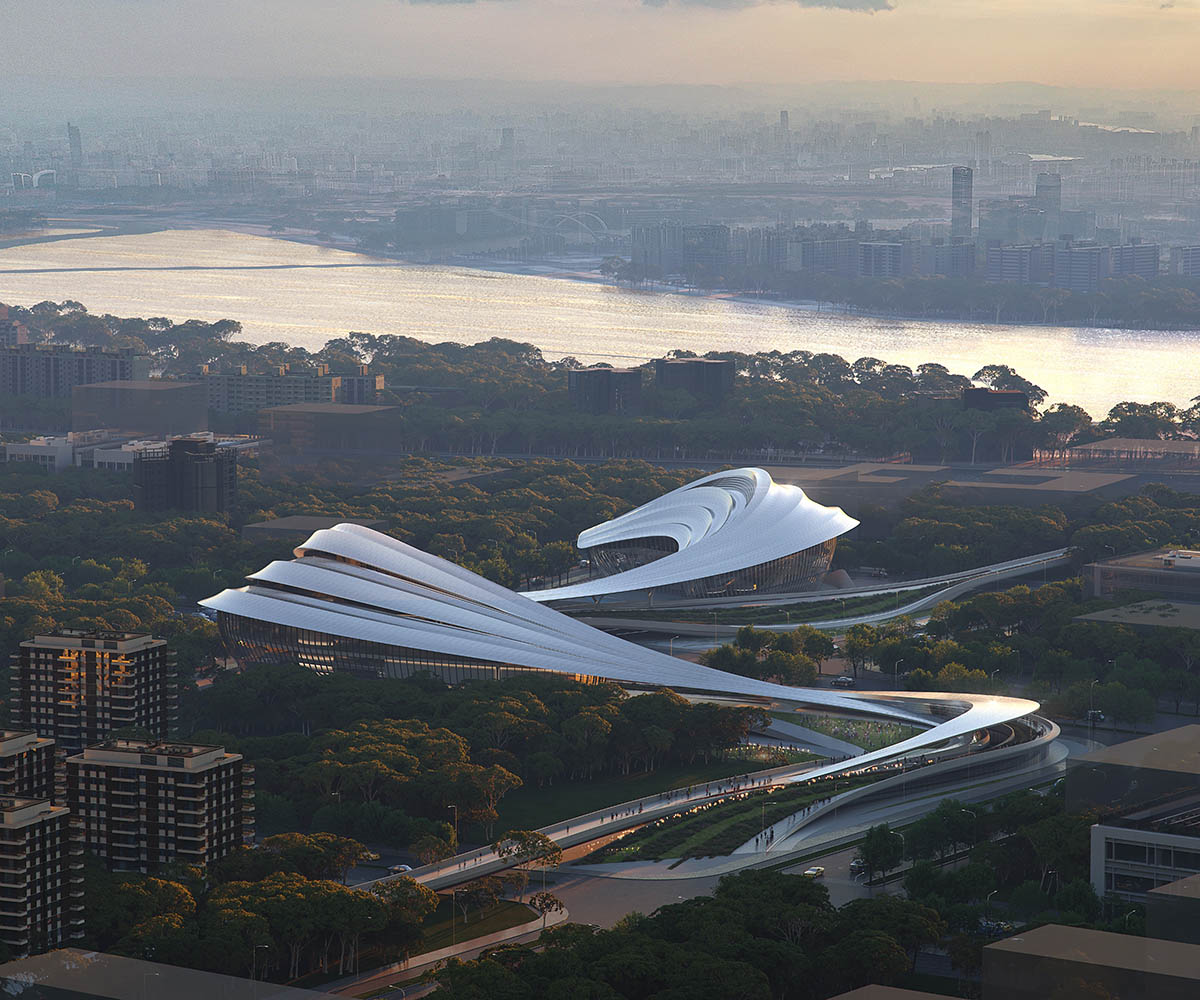 Informed by the existing site parameters, Zaha Hadid Architects intertwines the design scheme with the city’s existing urban masterplan to connect a new multimedia library on the north of Jinghe Avenue.

On the other hand, new performing arts theatre, multi-function halls, studios and exhibition galleries are designed on the south via elevated courtyards, gardens and paths that span the avenue’s eight lanes of traffic below.

The scheme expands itself with gently sloping ramps providing a gateway to the district’s network of elevated public walkways, the centre weaves through the city to link its commercial and residential districts with the parks and river to the south.

The design also brings the city’s residents into the heart of the building and providing direct access to the planned metro station. 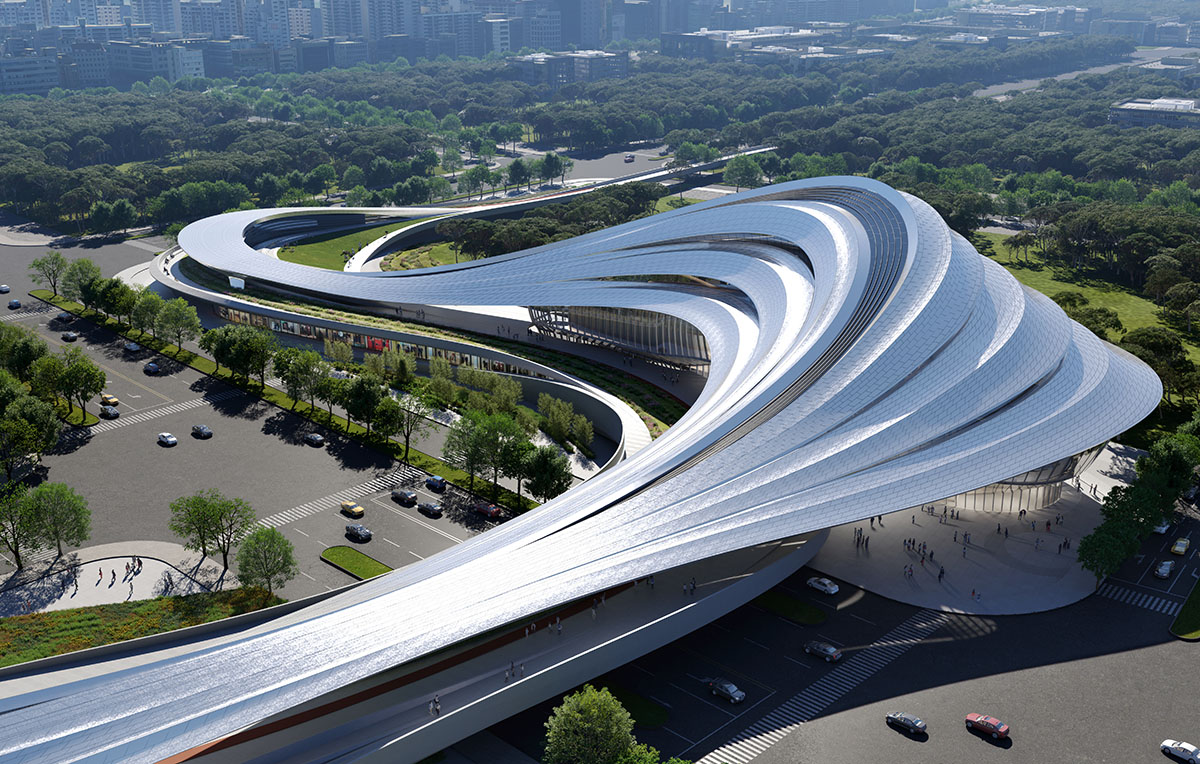 To create this fluid geometry, ZHA takes cues from from the meandering valleys carved by the Jinghe River through the mountains and landscapes of Shaanxi province over time. The resulting shape simply emerges as an abstraction of carved-out valleys.

The studio organizes the program units by using a series of flowing volumes, layers and surfaces that interconnect with courtyards and landscapes. ZHA explains that "the design defines a sequence of interior and exterior cultural and recreational spaces for its community."

"The library will integrate print publications together with immersive virtual reality technologies that expand the boundaries of learning and enrich the exchange of knowledge," the studio added.

The 450-capacity performing arts theatre, which can be adapted to different types of events, is located on the southern side of the avenue.

The multi-function hall, studios and galleries are stacked and arranged around the theatre to share public areas designed to enhance accessibility and inter-disciplinary collaboration. 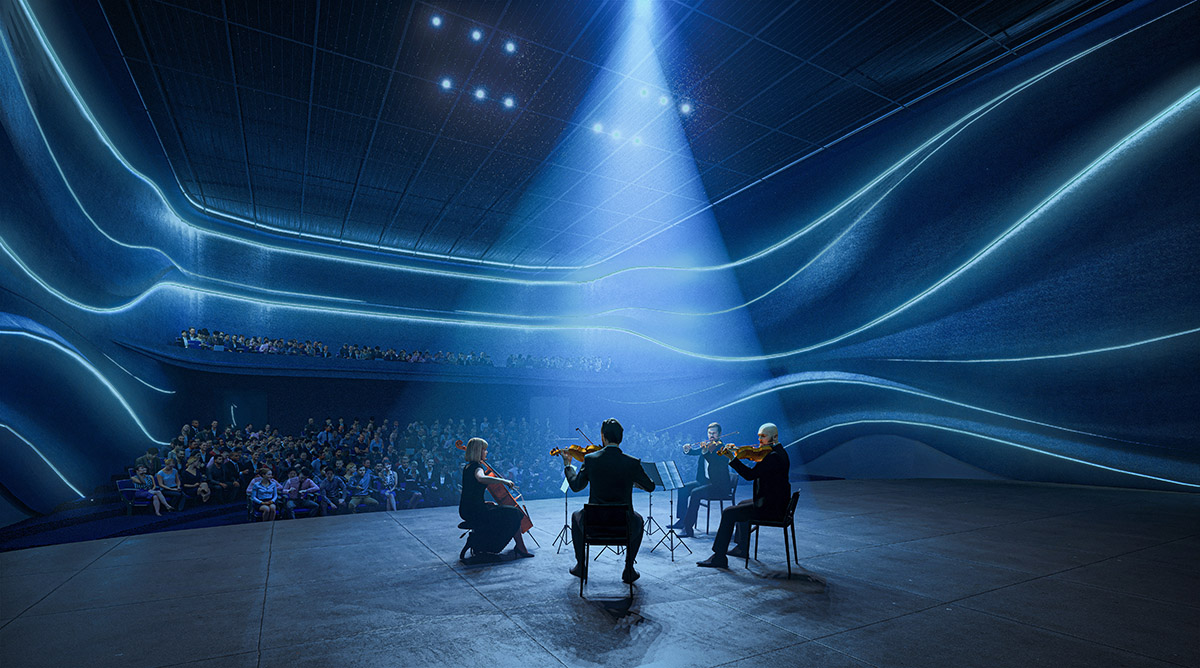 Incorporating passive design strategies, the use of natural ventilation in the centre is realized by solar irradiation analysis and responsive site planning to help to optimise daylight and ventilation in the mild temperate climate of Jinghe New City.

This will be achieved through photovoltaic panels for on-site power generation together with rainwater collection, as ZHA said, the centre’s construction will also prioritise locally-produced materials with a high recycled content to achieve a 3-star certification in China’s Green Building program.

Zaha Hadid Architects won the WA Awards in the 40th Cycle with two projects: Infinitus Plaza in China and Striatus in Italy. The practice recently completed Bee’ah HQ in Sharjah with dune-shaped volumes blended into desert.