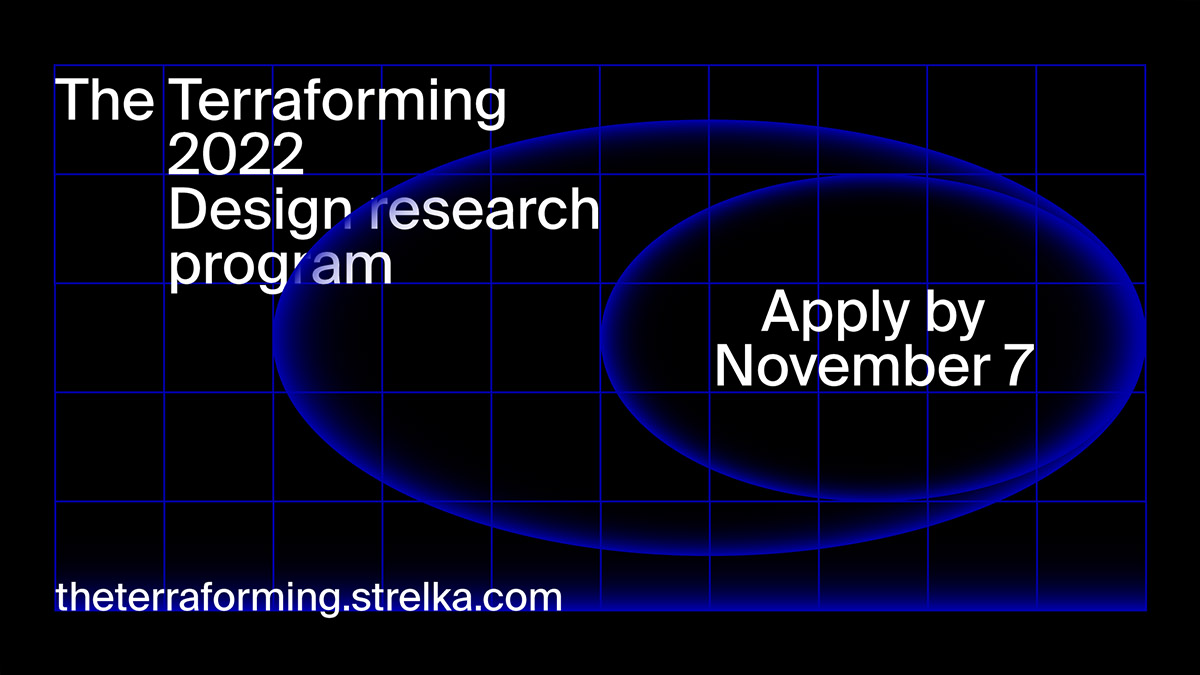 The Strelka Institute has announced a new design-research initiative, called The Terraforming 2022. The program is accepting applications until November 7, 2021 to join the 5-month tuition-free design research program at Strelka.

The Terraforming is a three-year (2020–2022) design-research initiative organized by the Strelka Institute and directed by Benjamin H. Bratton and Nicolay Boyadjiev.

The third and final cycle of The Terraforming program invites a group of 30 interdisciplinary researchers to join the initiative for 5 months from February - June 2022.*

The Terraforming is seeking viable solutions for future

The premise of the design research program is that a viable future depends on comprehensive terraforming, not of Mars to make it suitable for Earth-like life, but of Earth itself — ecologically, geopolitically, geotechnologically.

The research of the first two years has reoriented foundational debates on how to conceive and model that viability, based on speculative analyses of synthetic intelligence, automation and ecology, food systems, space law, new modes of governance, the evolution of cities and much more.

The final year returns to the question of the built environment at multiple scales, from the epidermal to the continental. Artificial environments are designed spaces for diverse functions and ways of being and knowing: the city, the laboratory, the factory, the home, the space station, virtual and mixed reality, the body itself, etc. All speak to the planetary as both the condition that makes specific enclosed worlds possible and also as a collective compositional project.

The Terraforming is tuition-free program

The program is tuition-free program and researchers will receive a monthly stipend, as the Strelka Institute said.

Applications will be accepted till November 7, 2021.

* The 2022 program will have a hybrid format. It will begin on February 1, 2022 with an offline field-trip, followed by 2 months of online seminars, and ending with an extensive design-push phase over the period of 3 months which will take place offline in 1 location.

Strelka Institute for Media, Architecture and Design is a non-profit educational institution founded in 2009 in Moscow, Russia. The Institute promotes positive changes and creates new ideas and values through its educational activities.

Benjamin H. Bratton’s work spans philosophy, art, design and computer science. He is Program Director of The Terraforming at the Strelka Institute in Moscow, and Professor of Visual Arts at the University of California, San Diego. He is also a Professor at The European Graduate School, and a Visiting Professor at SCI_Arc (The Southern California Institute of Architecture) and NYU Shanghai.