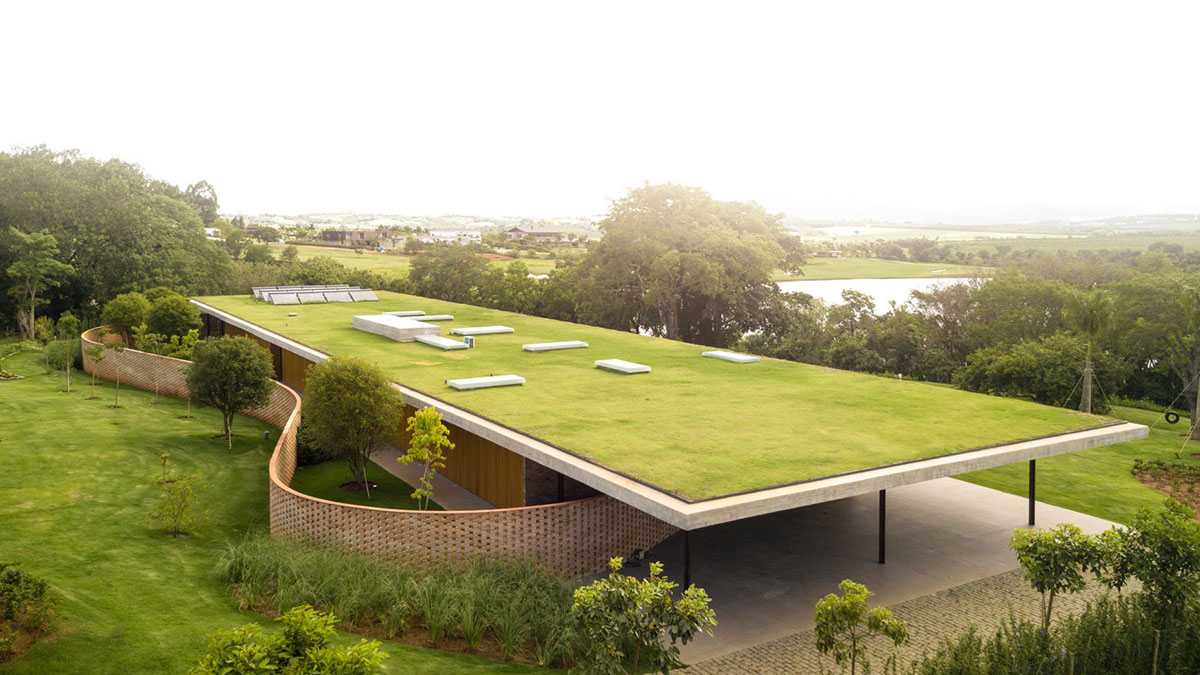 Brazilian architecture firm Studio MK27 has completed an elongated private residence outside of São Paulo, Brazil, the house is covered with a playful grass-covered roof and integrated with an undulated brick wall that becomes a part of the existing landscape.

Called Planar House, the single-storey building is blended in natural topography so that the house can be invisible from the road to provide privacy. The harmonious, soft language of the house, with its greeny colour, resembles a kid's play house, if anyone doesn't come closer to the house, no one can understand its exact scale from far away. 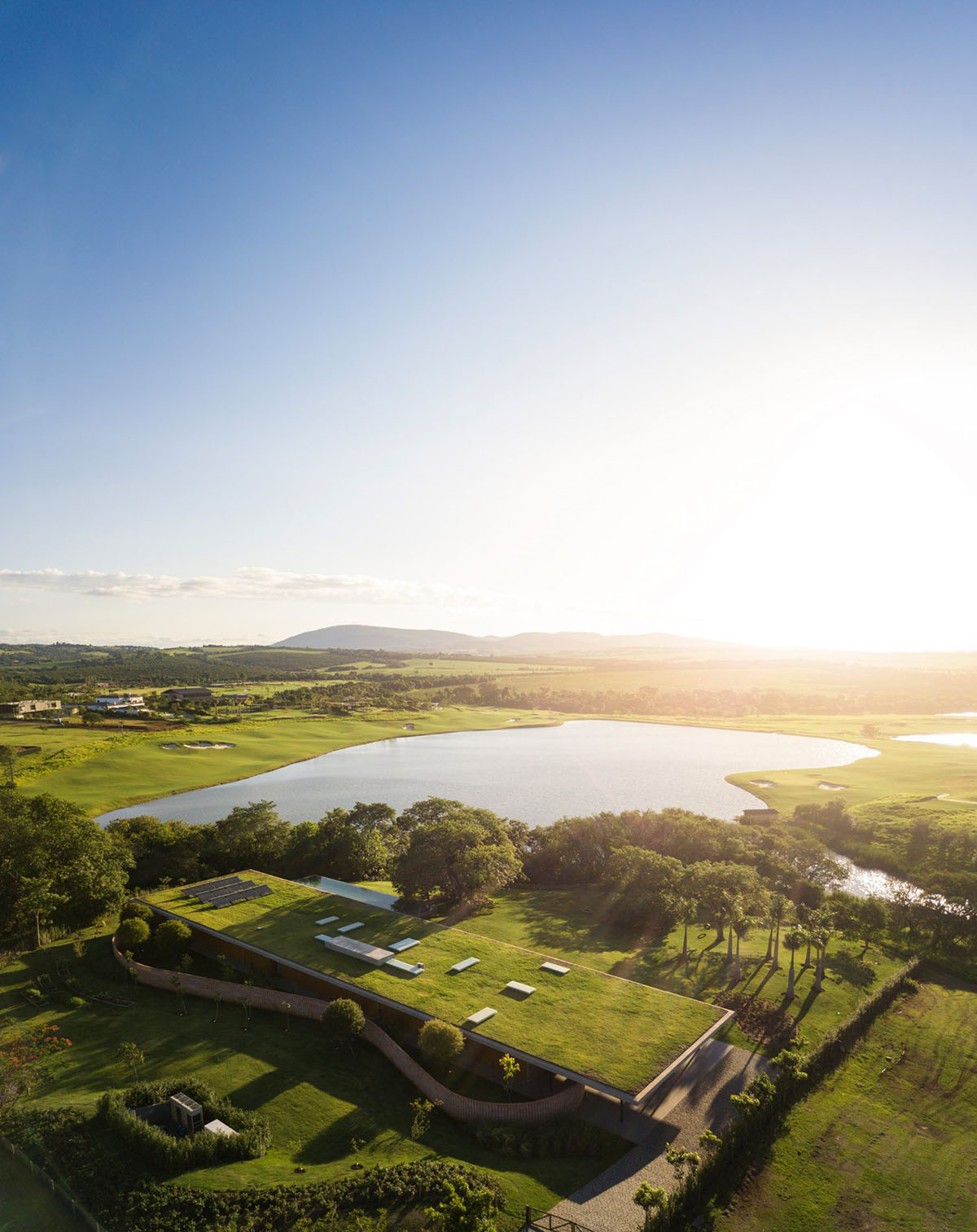 Studio MK27 is best known with its flat and edgy houses with free plan layout, but this house is the first residence using a curvaceous wall in the history to bring the house into another dimension. 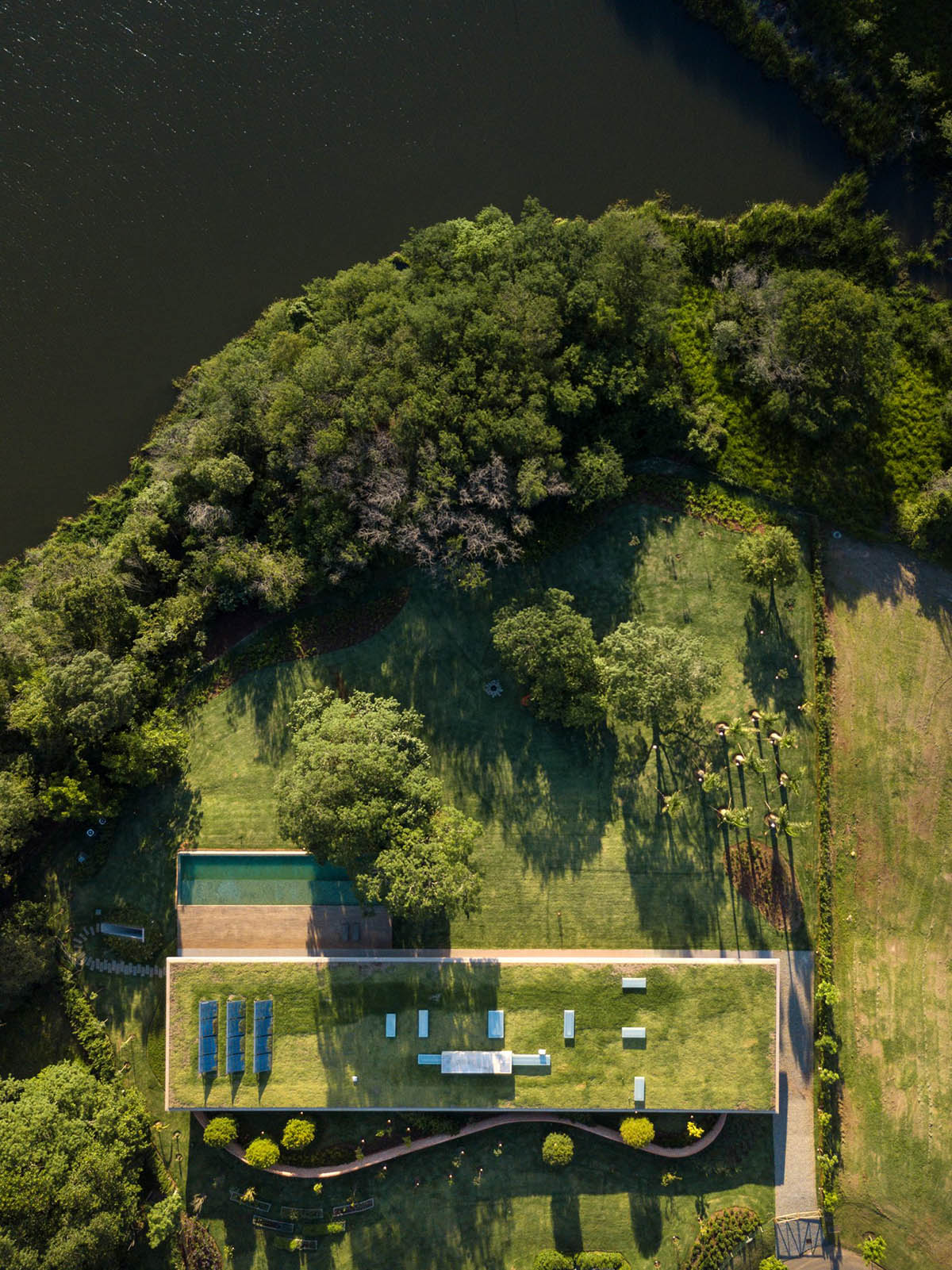 A curvy-shaped brick wall completely distorts the overall appearance of the house from both sides, by creating privacy and different facade articulation from the road level.

Situated at the plot’s highest point in Porto Feliz, all the functions are hidden underneath the roof, which is coalesced with the natural topography. The Planar House, in fact, creates a fifth facade from the top. 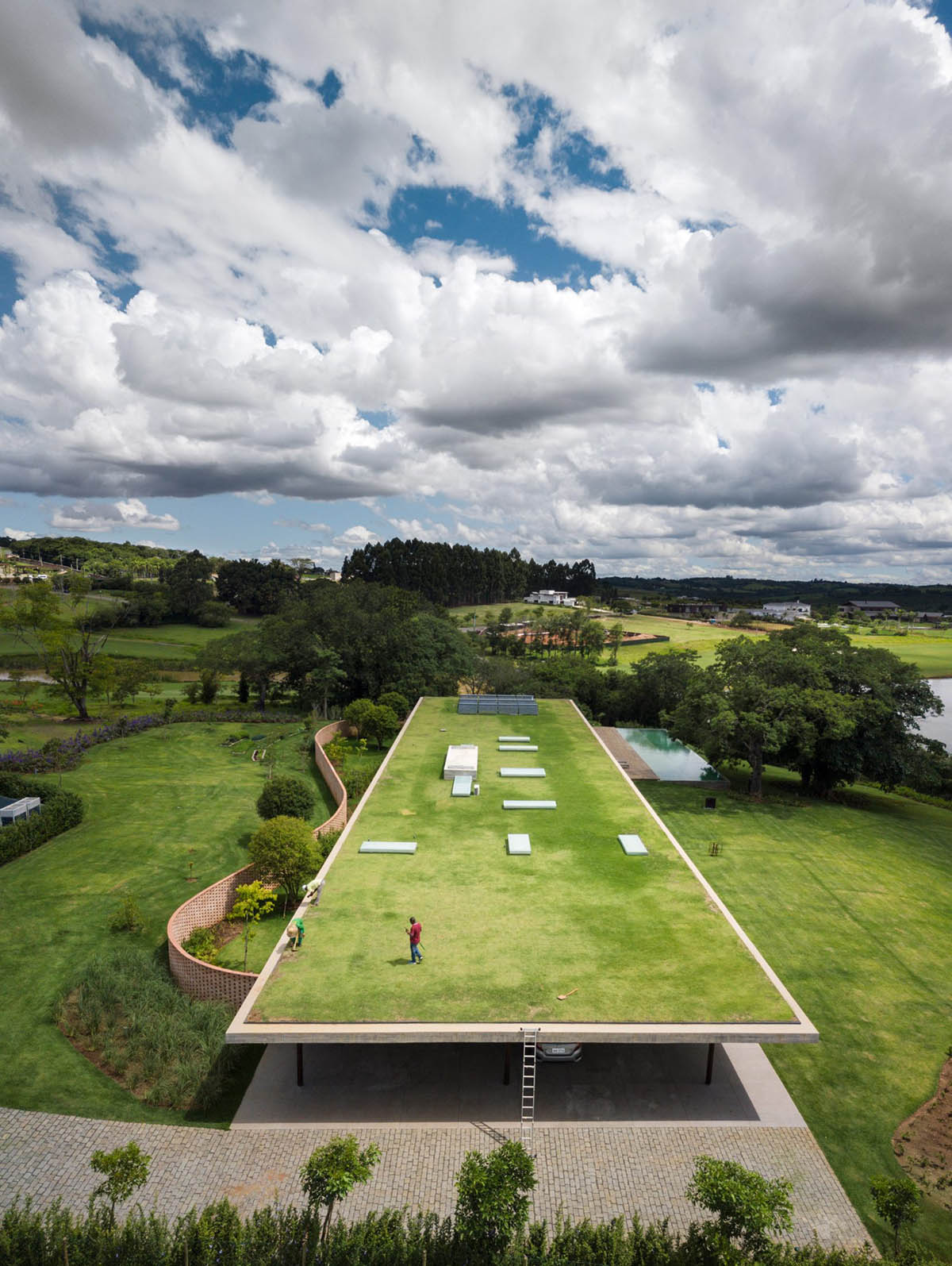 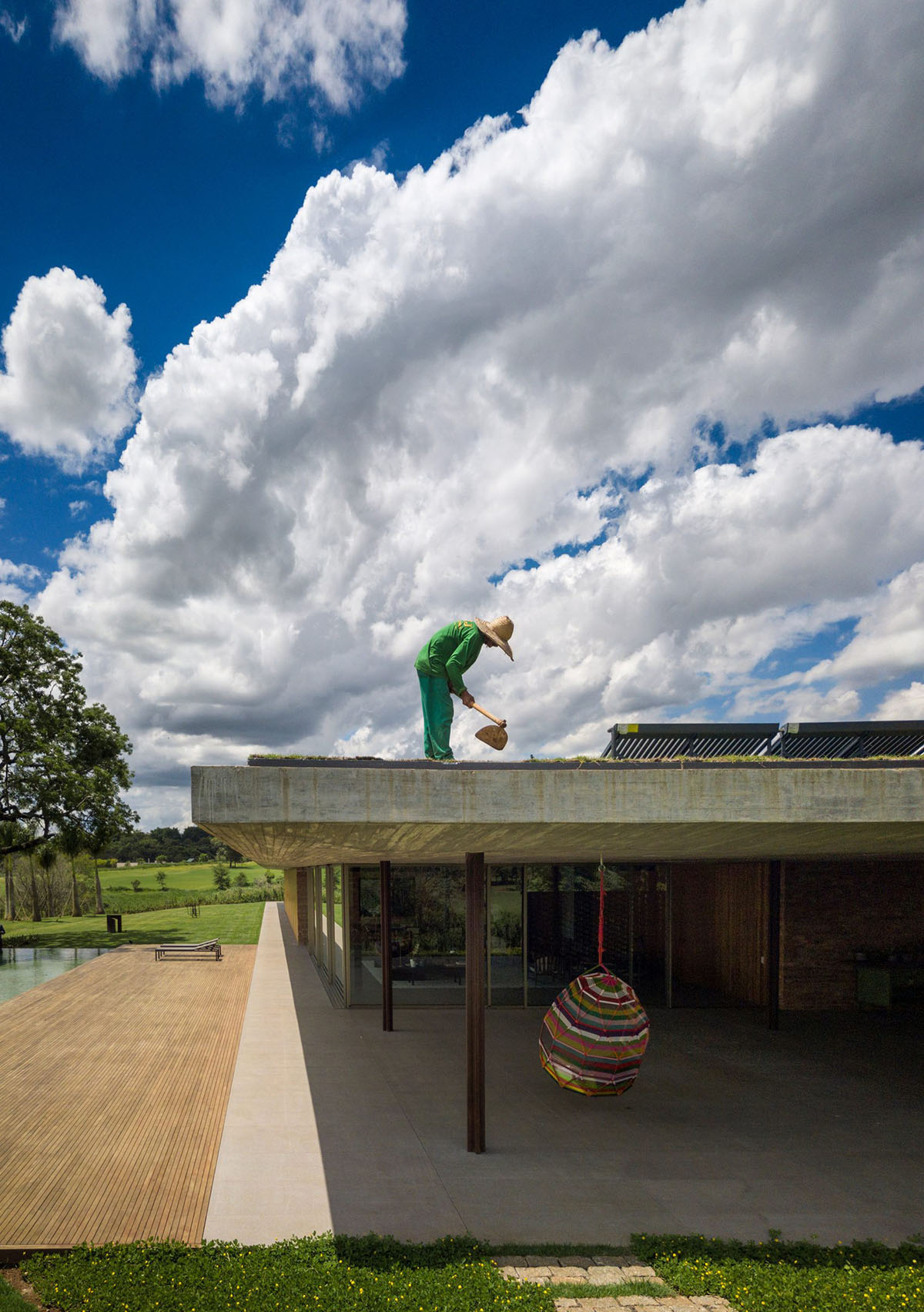 "We seek an architecture that has the least impact possible on the environment," said Marcio Kogan, the founding architect of Studio MK27, in an article published in The Architectural Record. "The house becomes a continuation of the surrounding topography."

Horizontal roofs become the core part of Kogan's designs, as he had experience as "movie director" after he shot his first long feature in 1988. Kogan's cinematographic eye is deeply reflected onto his designs and changes the way look at the buildings. 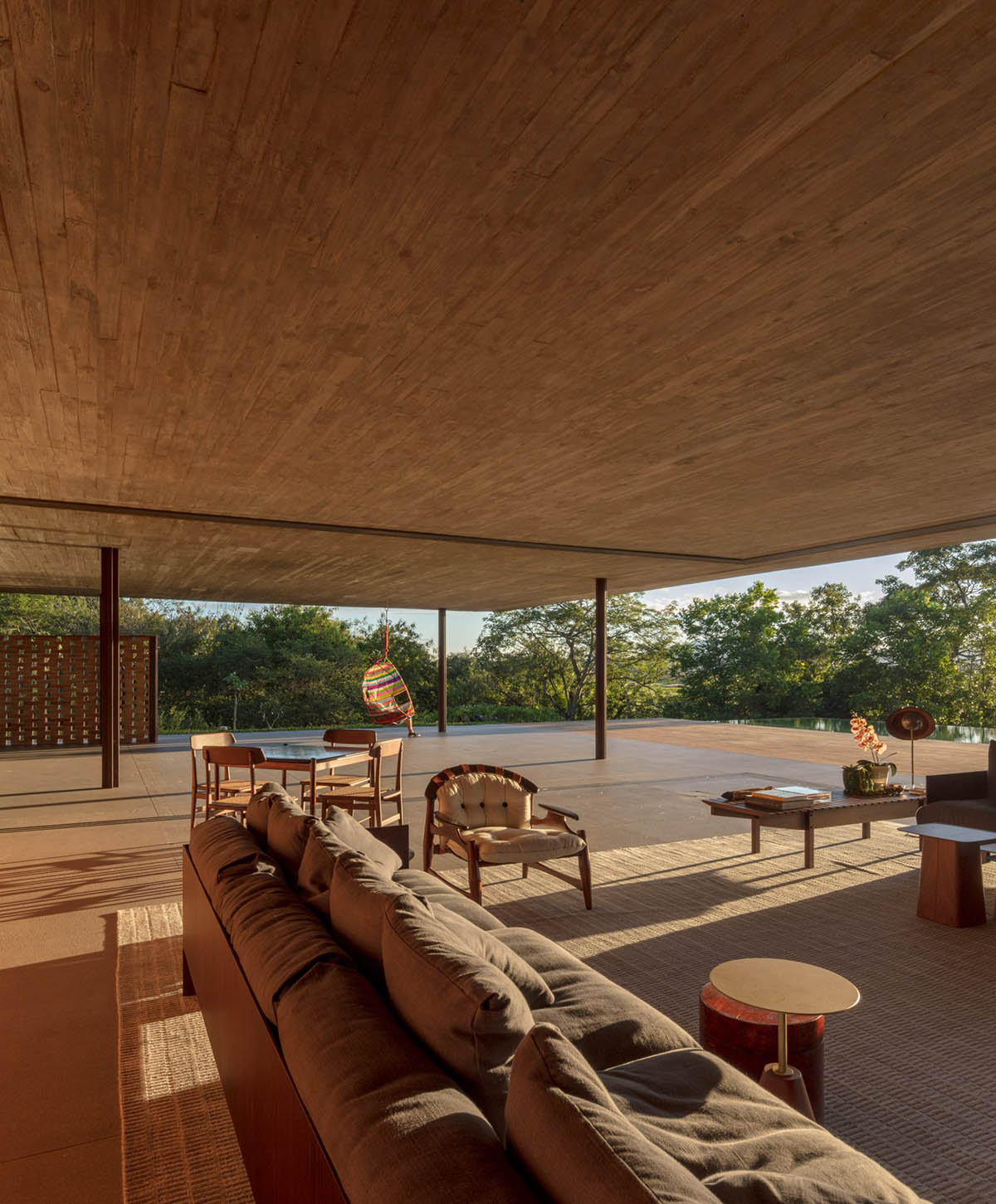 The interior of the house is covered by solid wood to create a warm environment, overlooking the outside. The roof is supported by slender columns, in order not to distract this precious view.

The architects, as usual, select pastel tones of colours for all furnitures, which give a sleek effect in the interior. Users are only directed with a central corridor towards rooms, which sometimes makes difficult to understand the exact place of the entrance of the house. 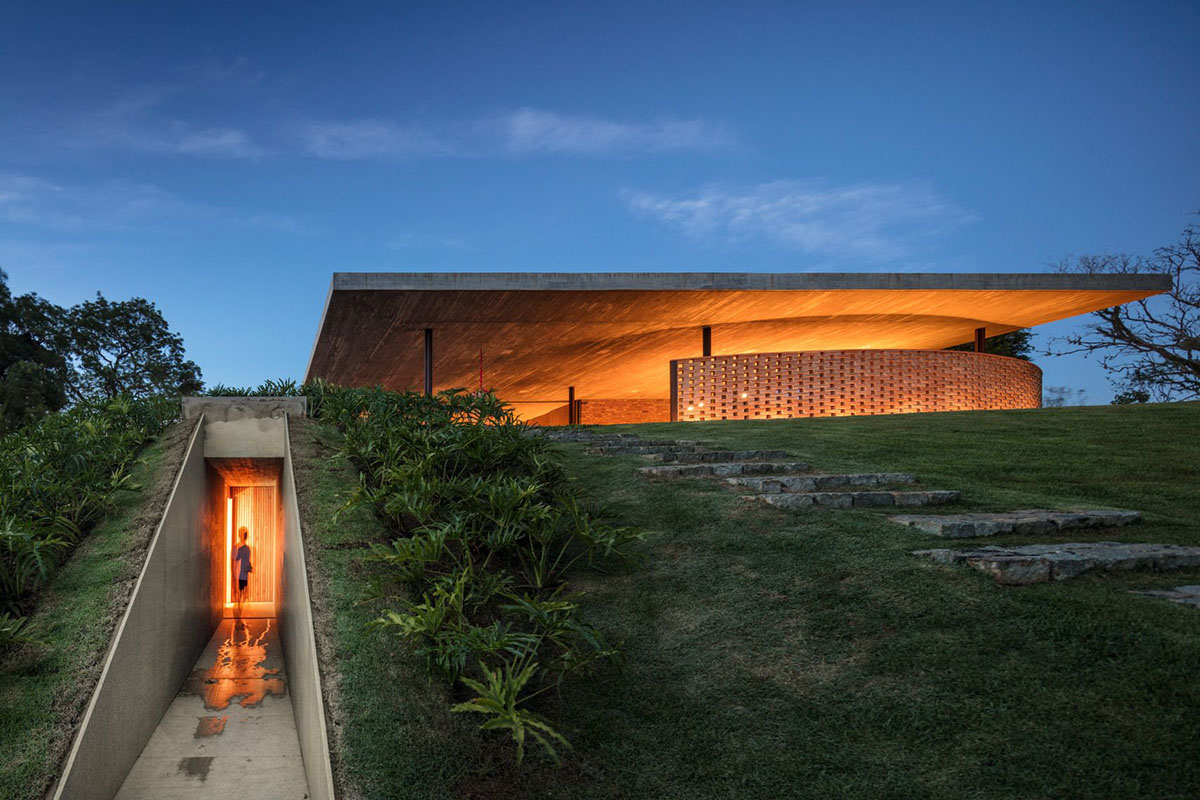 A surprising giant slit takes a visitor to the house, with a few steps leading up to the pool and living room. Besides the house's clean and smooth transition, it is difficult to under stand where the house starts and ends in this natural aura. 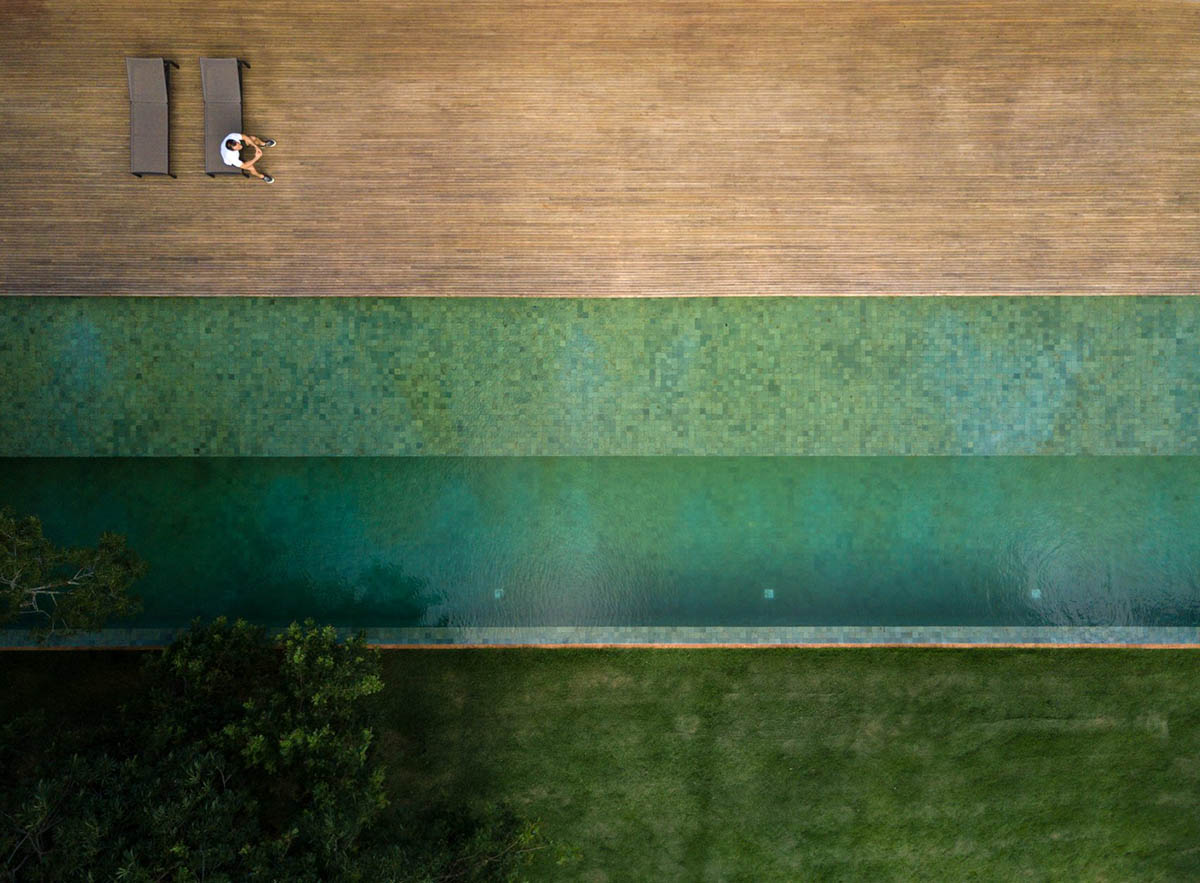 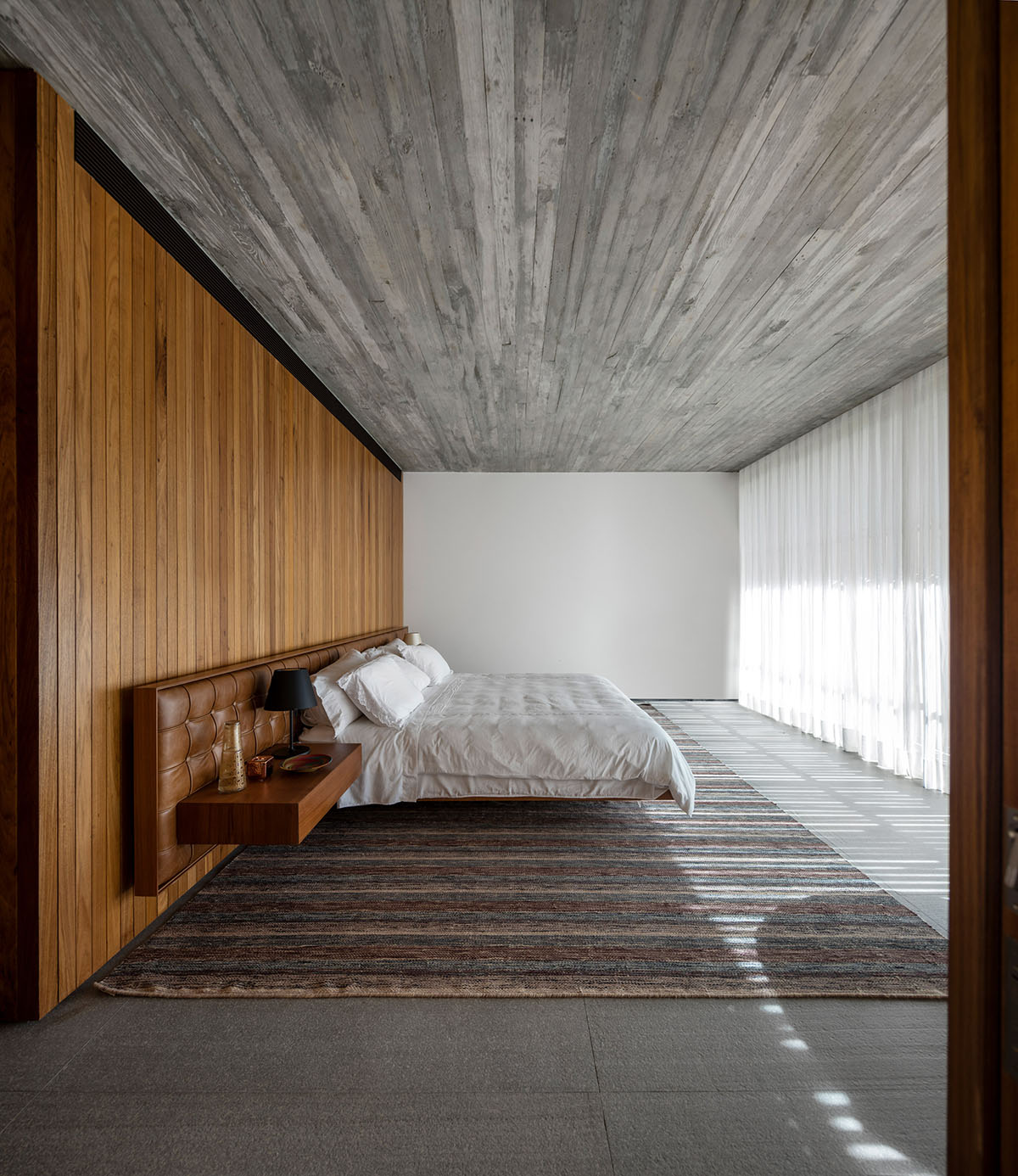 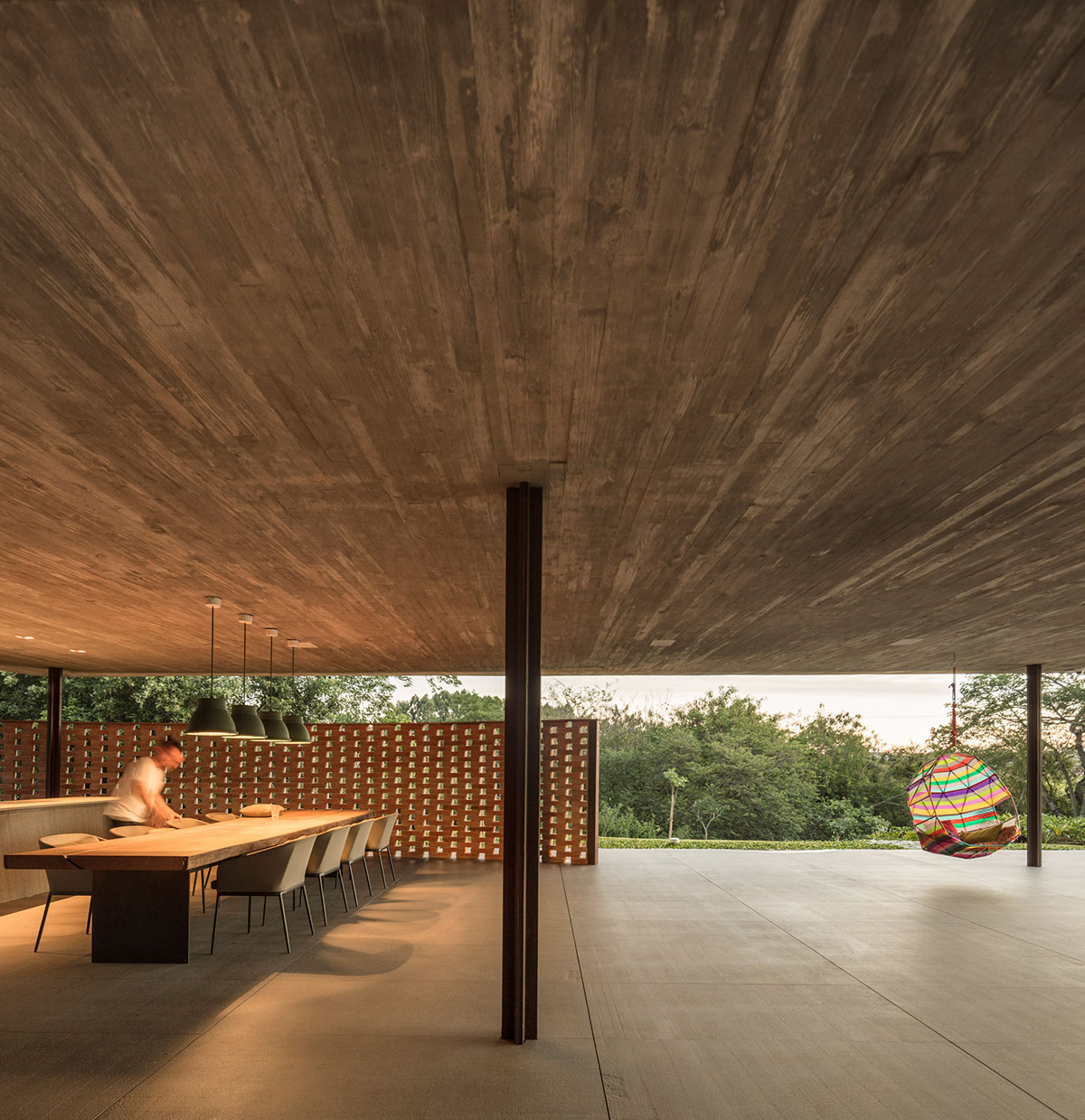 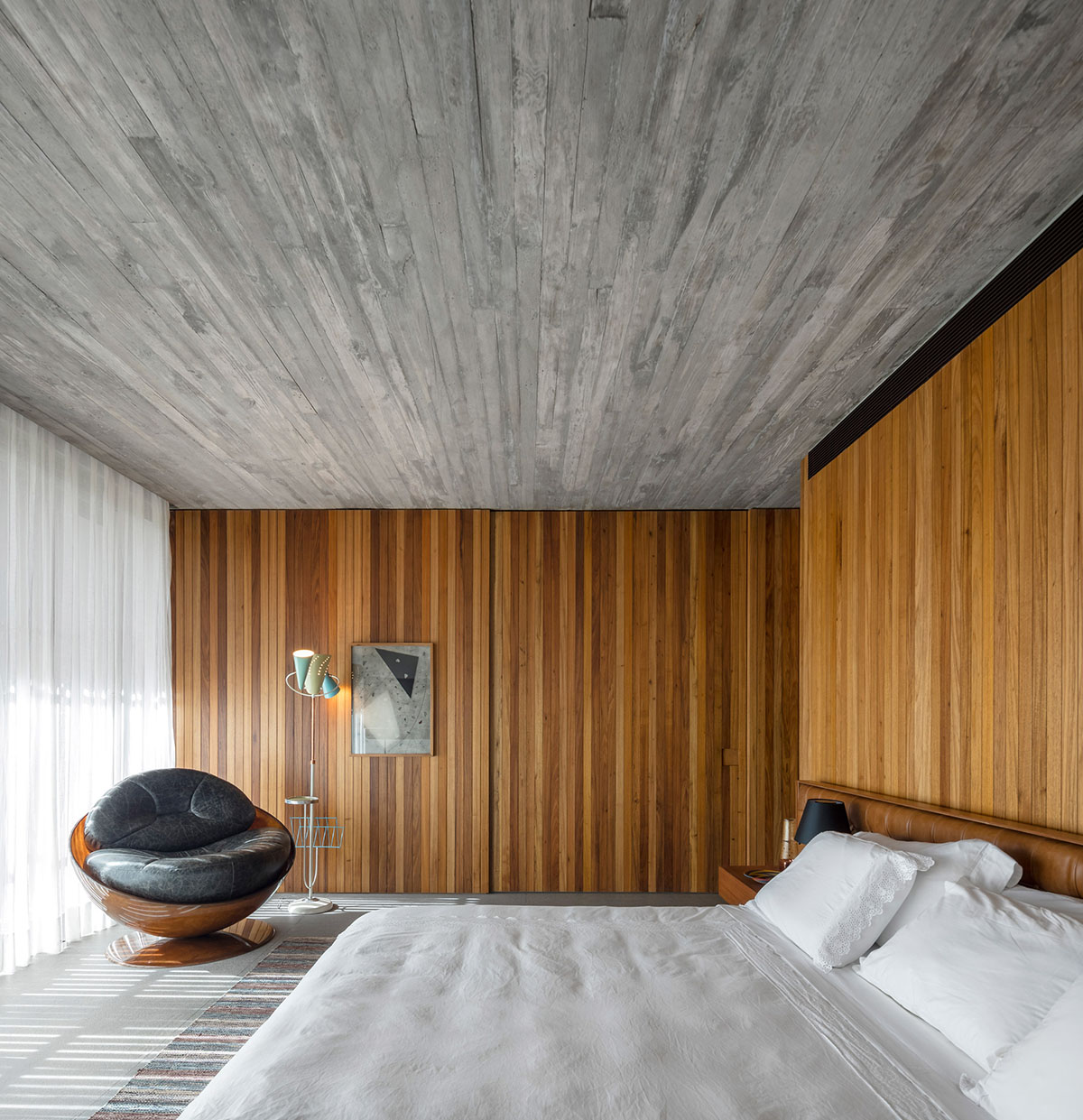 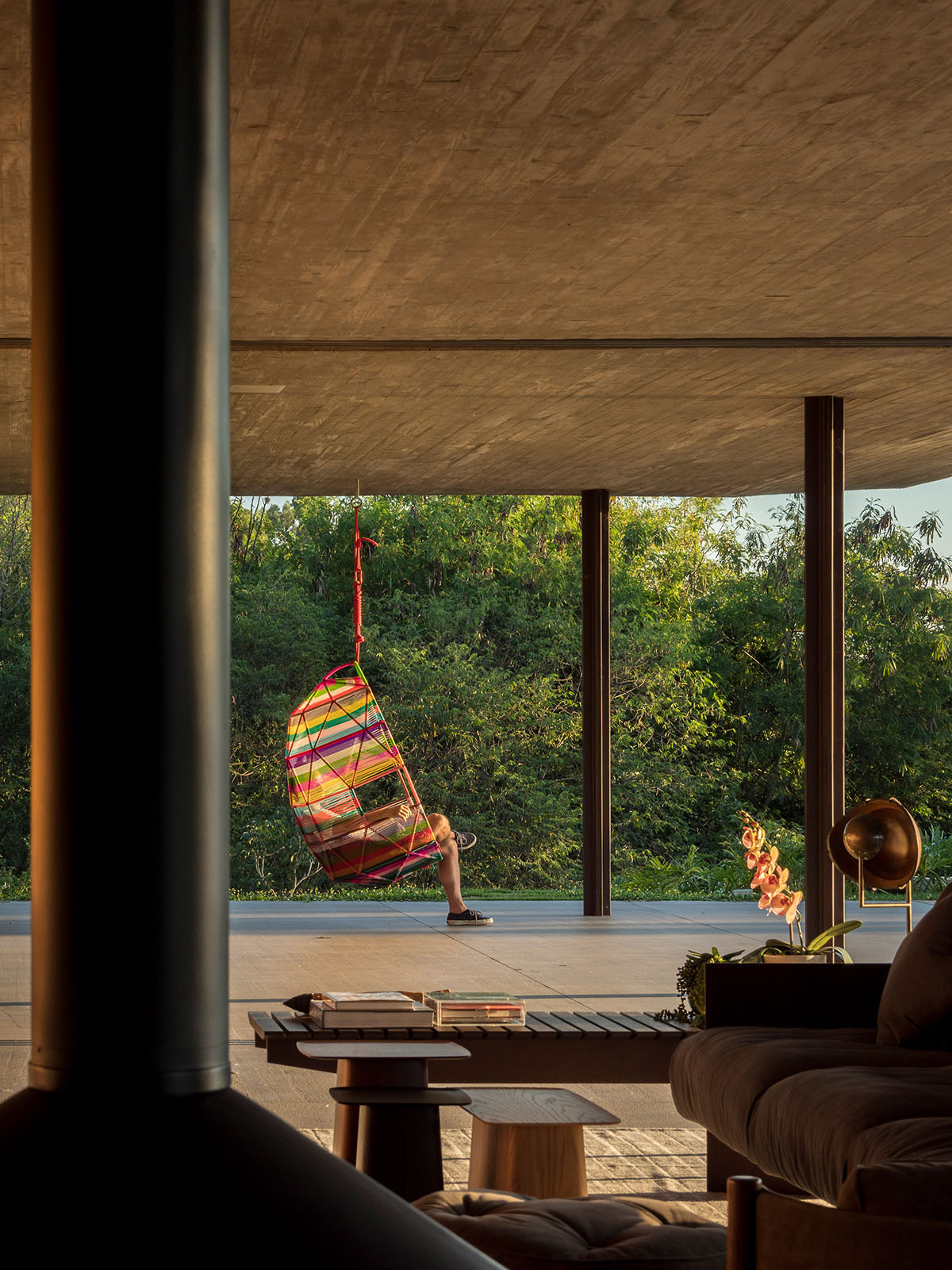 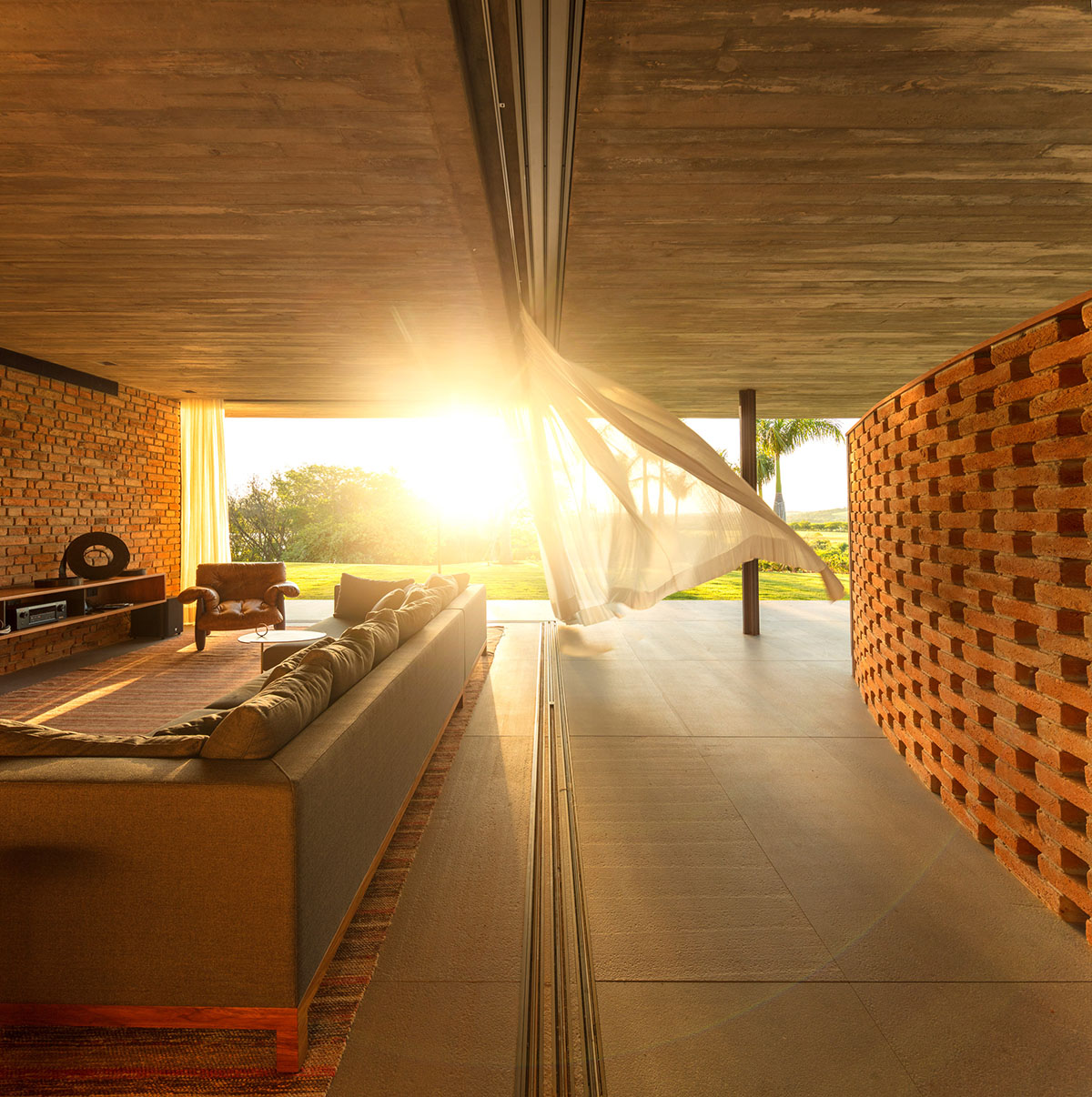 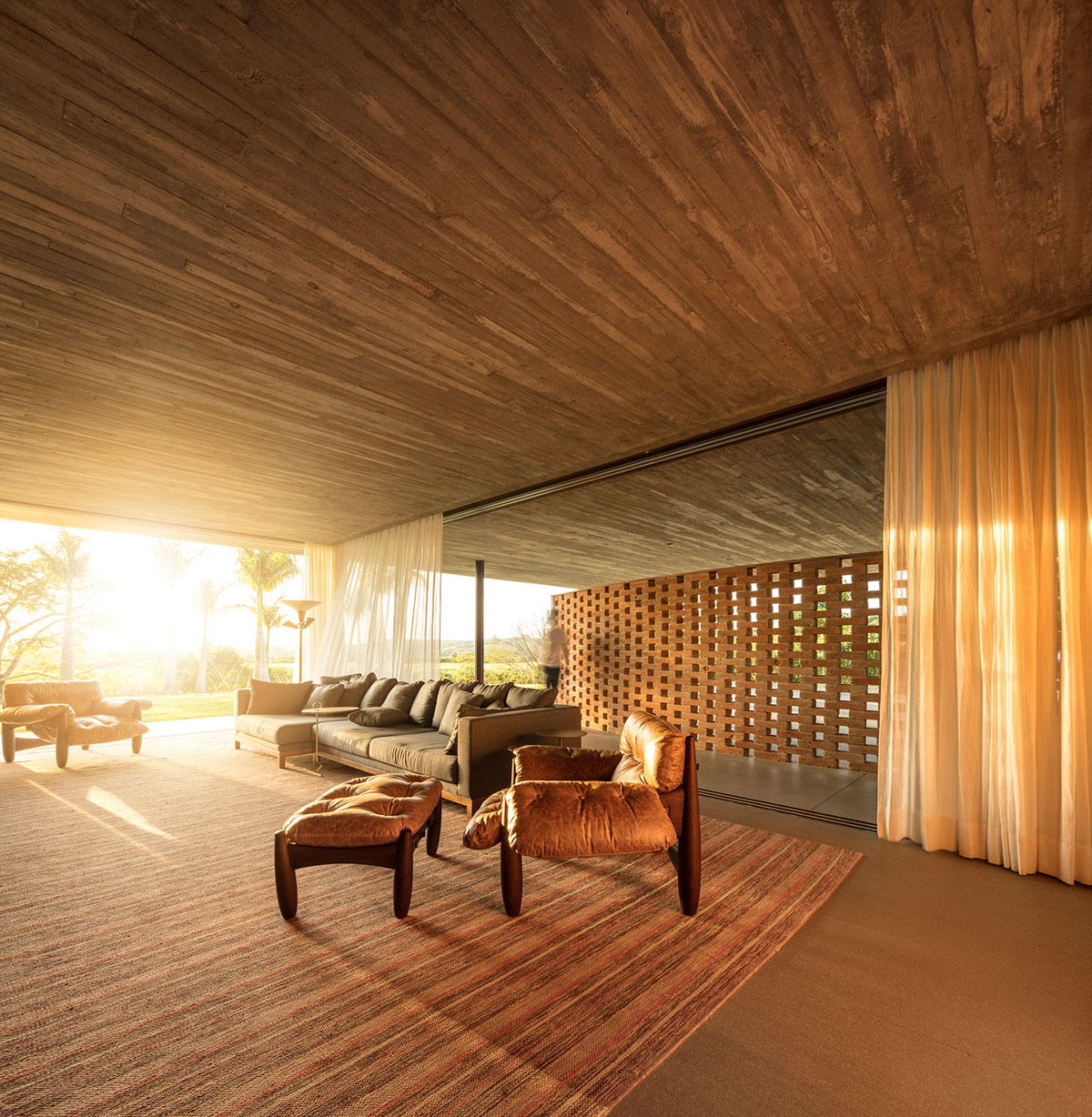 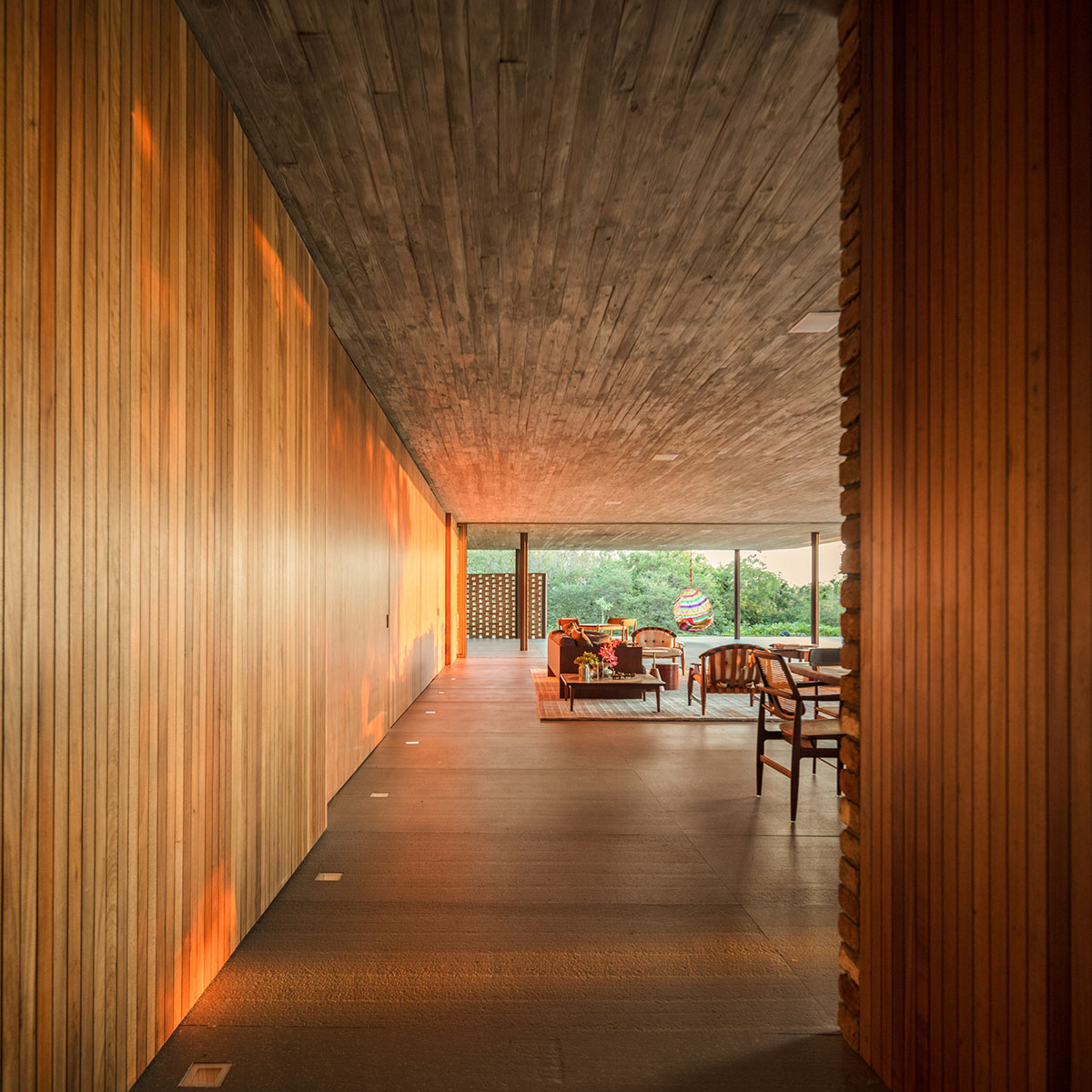 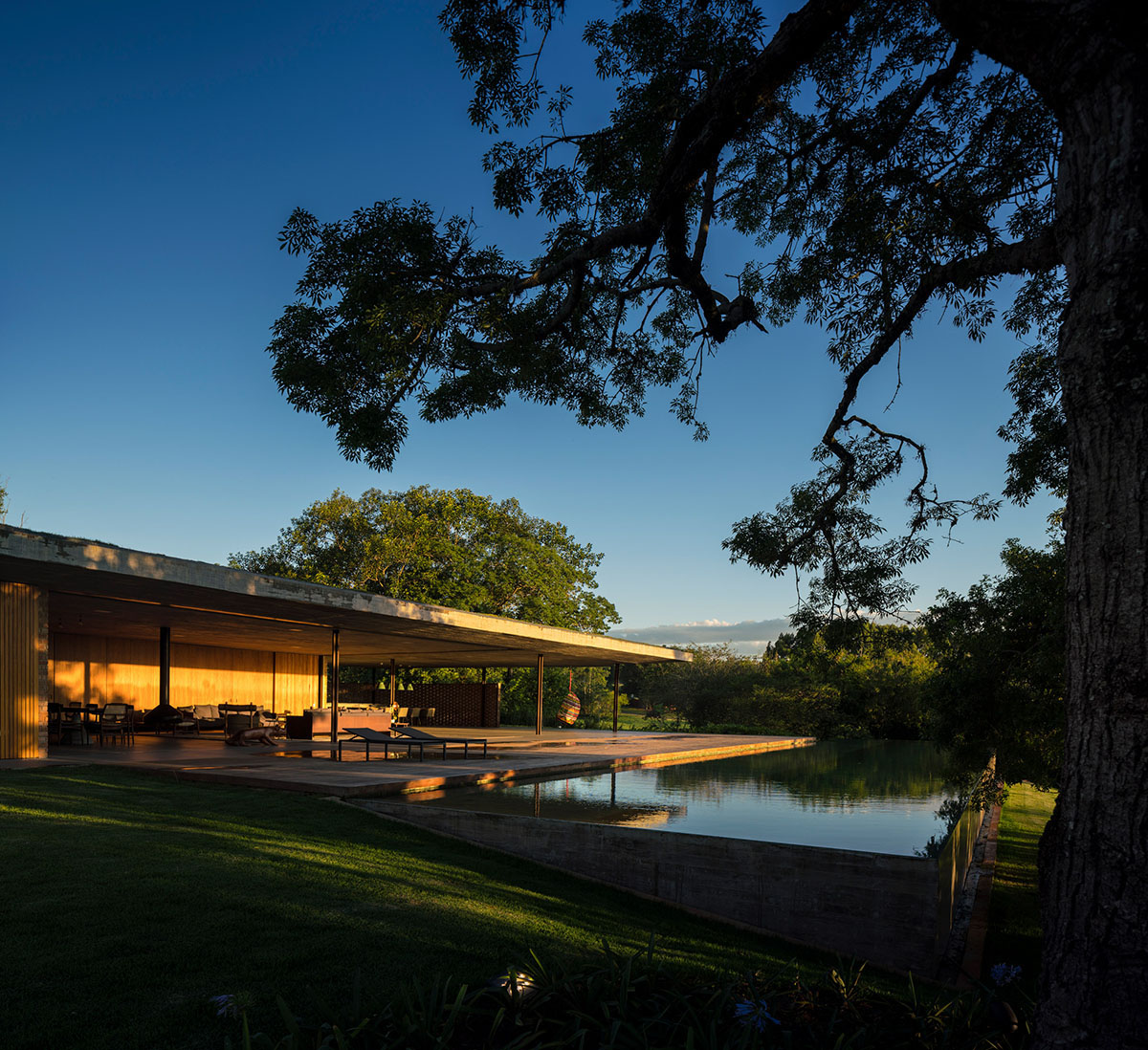 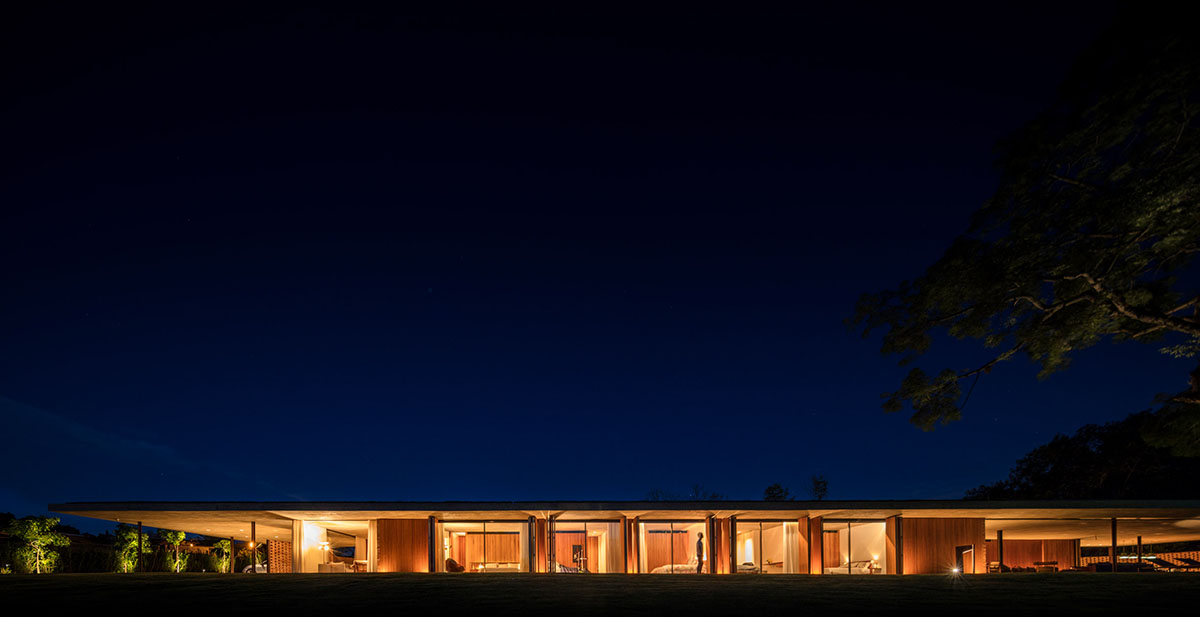 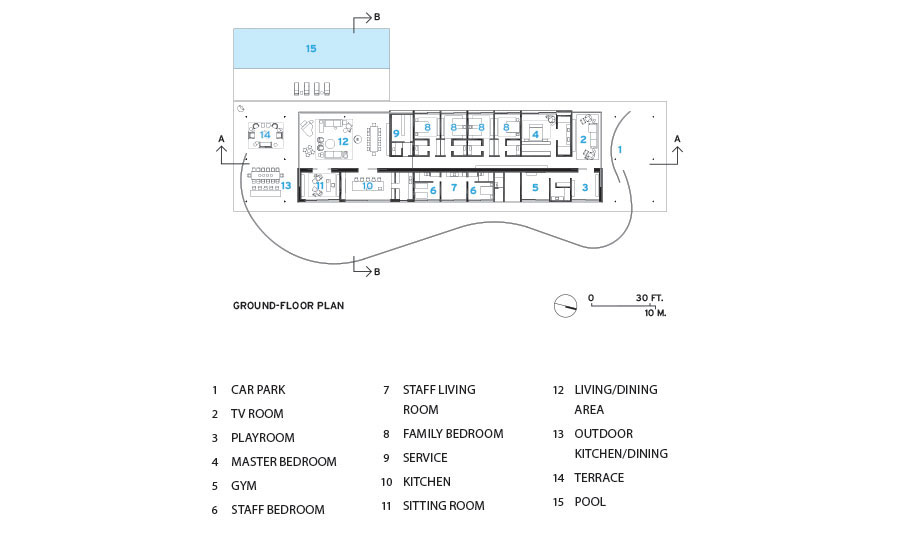 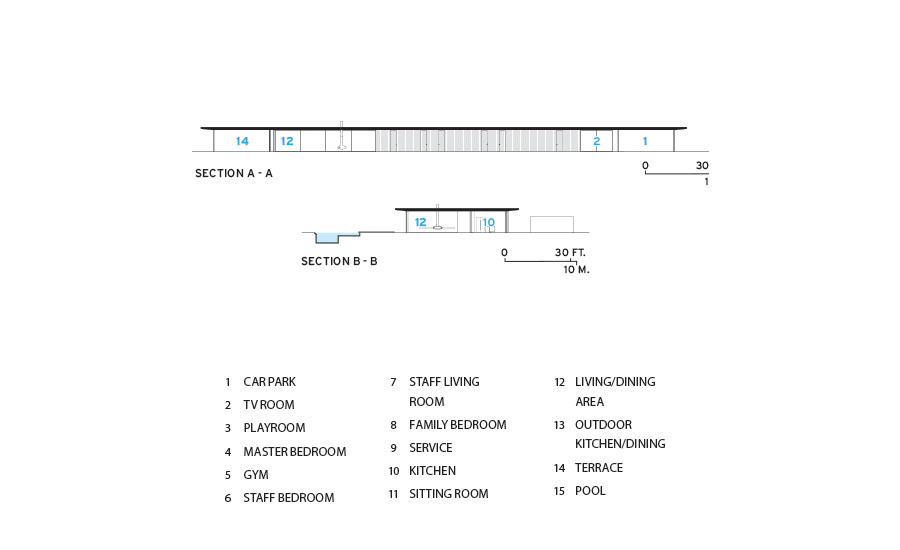 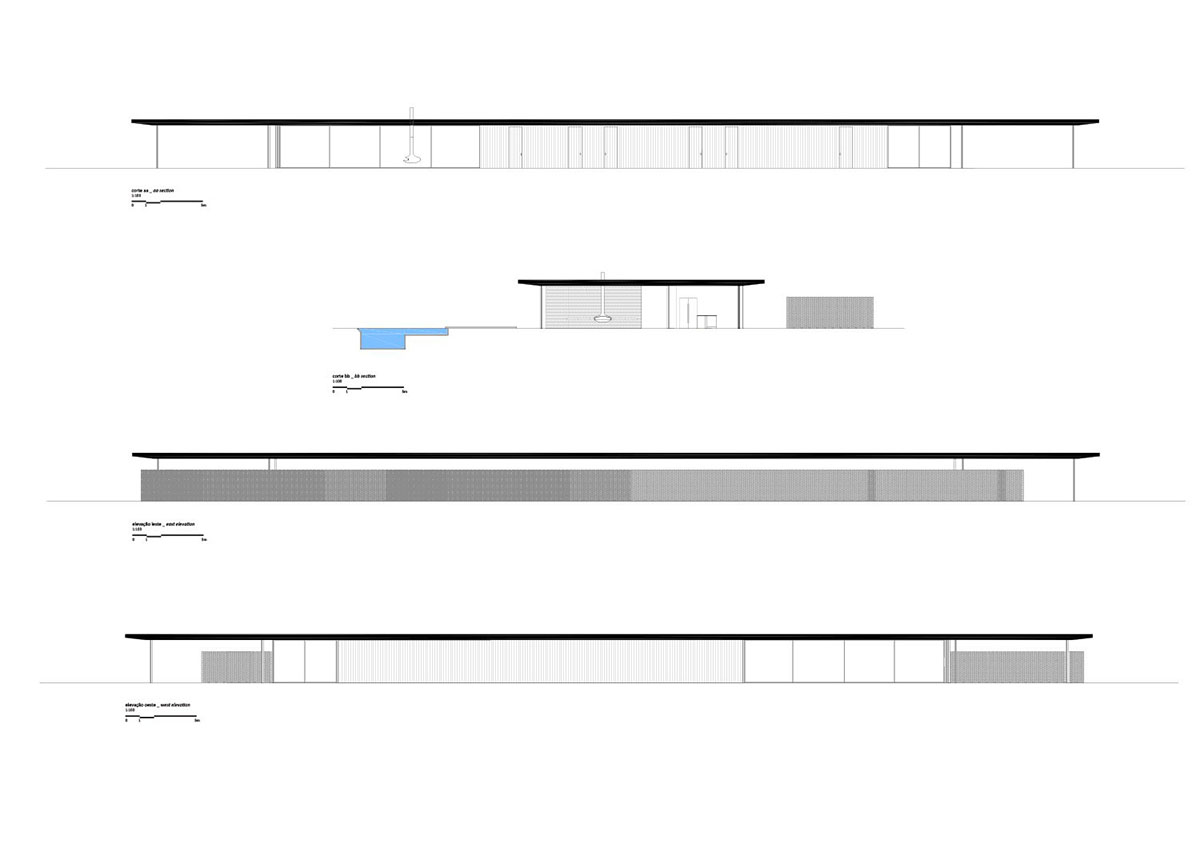 Studio MK27, directed by Marcio Kogan, is located in the chaotic city of São Paulo and the studio completed many Brazilian houses in the city and across the world. The studio recently completed other private residence, titled the Pasqua House, in a poetic landscape of Porto Feliz. The Ramp House, featuring a 25,5-metre ramp inside, is another prominent project of the studio completed in São Paulo.