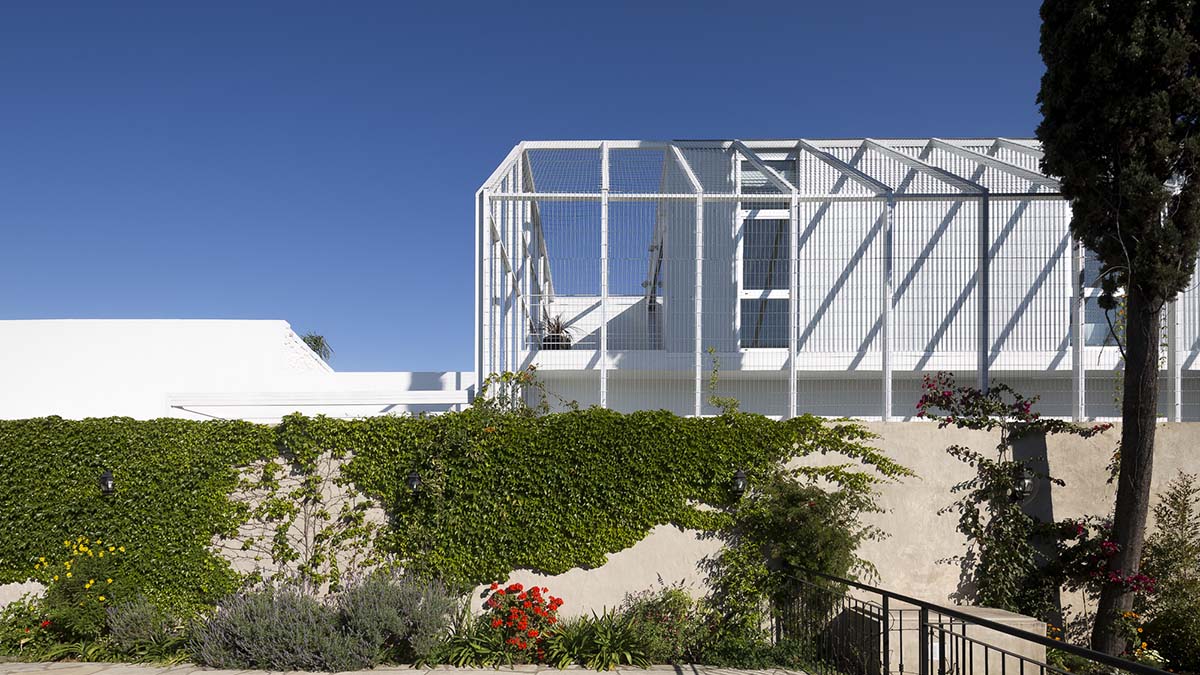 Named Martinez House, the project consists on the refurbishment and extension of a “Casa Chorizo”, a traditional housing typology that arose in Buenos Aires in the late 20th century, representative of the urban middle class and the immigration waves of the time.

This typology is characterised by a succession of consecutive rooms along a longitudinal patio that functions as the unifying nucleus of the house. 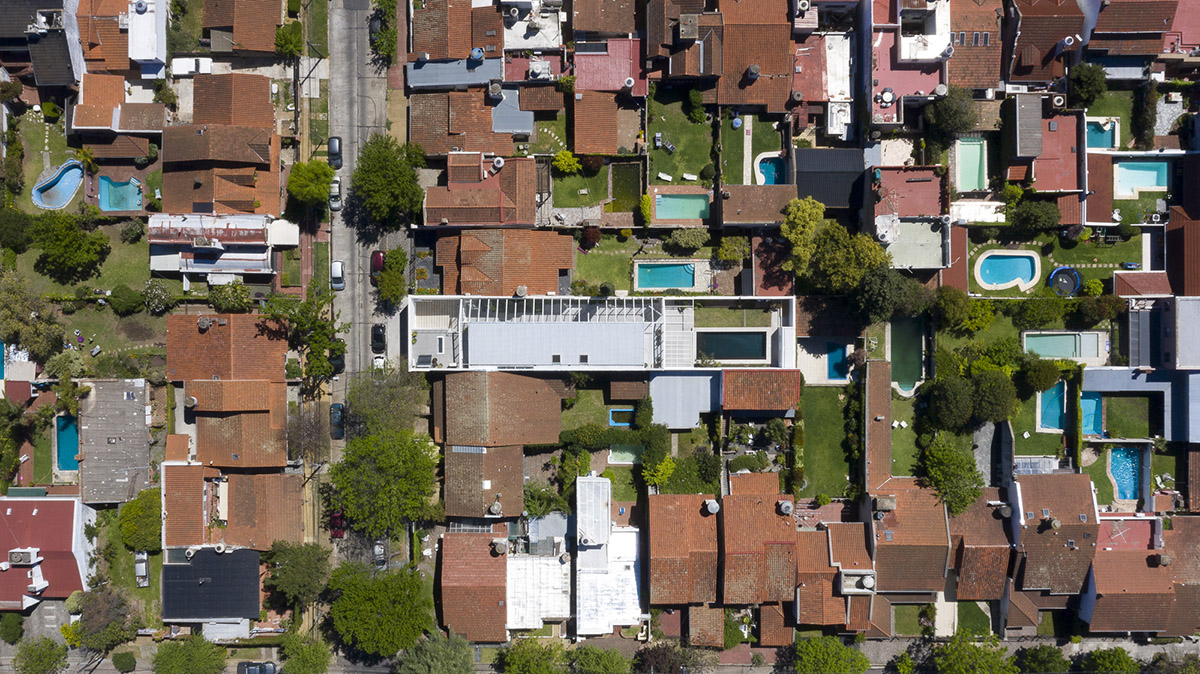 The intervention proposes three main operations: the adaptation of the existing structure of the ground floor to accommodate the social area, the construction of a new level on the old terrace to house the private program, and the revalorisation of the lateral courtyard as a protagonist space structured by a large lightweight enveloppe which helps stabilise the upper floor. 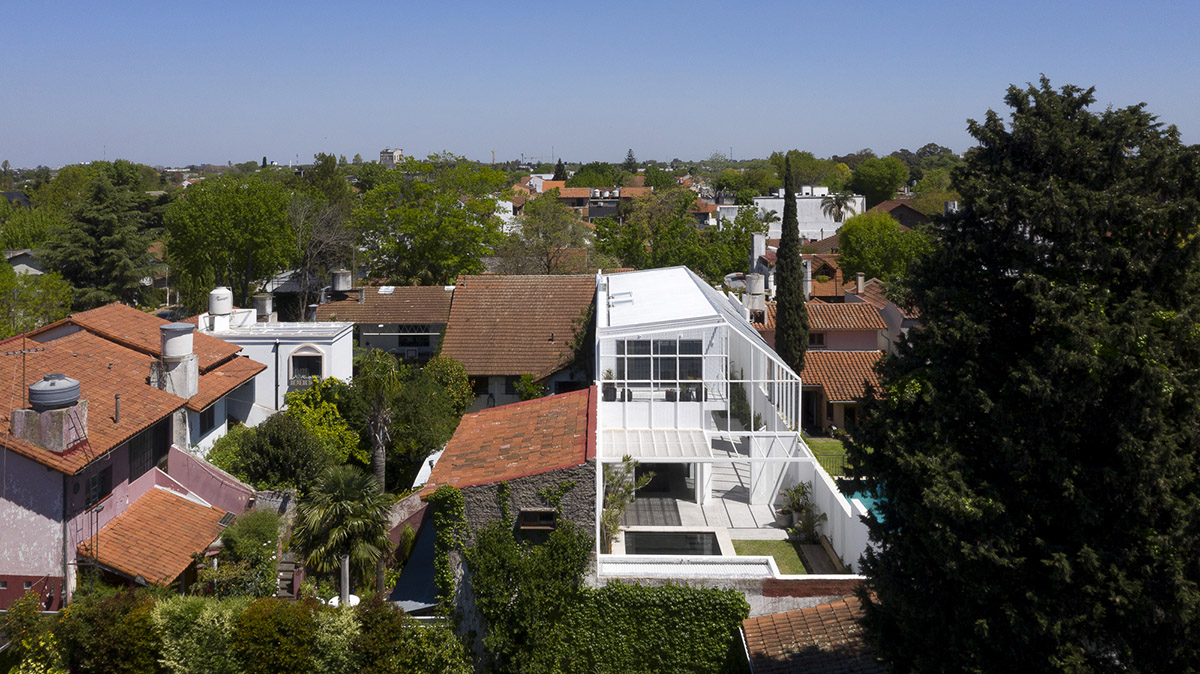 The patio offers a transition zone between the inside and outside, buffering the conditions between both spaces.

The generous height of this volume framed by a series of regular ribs, ensures a monumental scale of the space while providing a sense of shelter and safety. 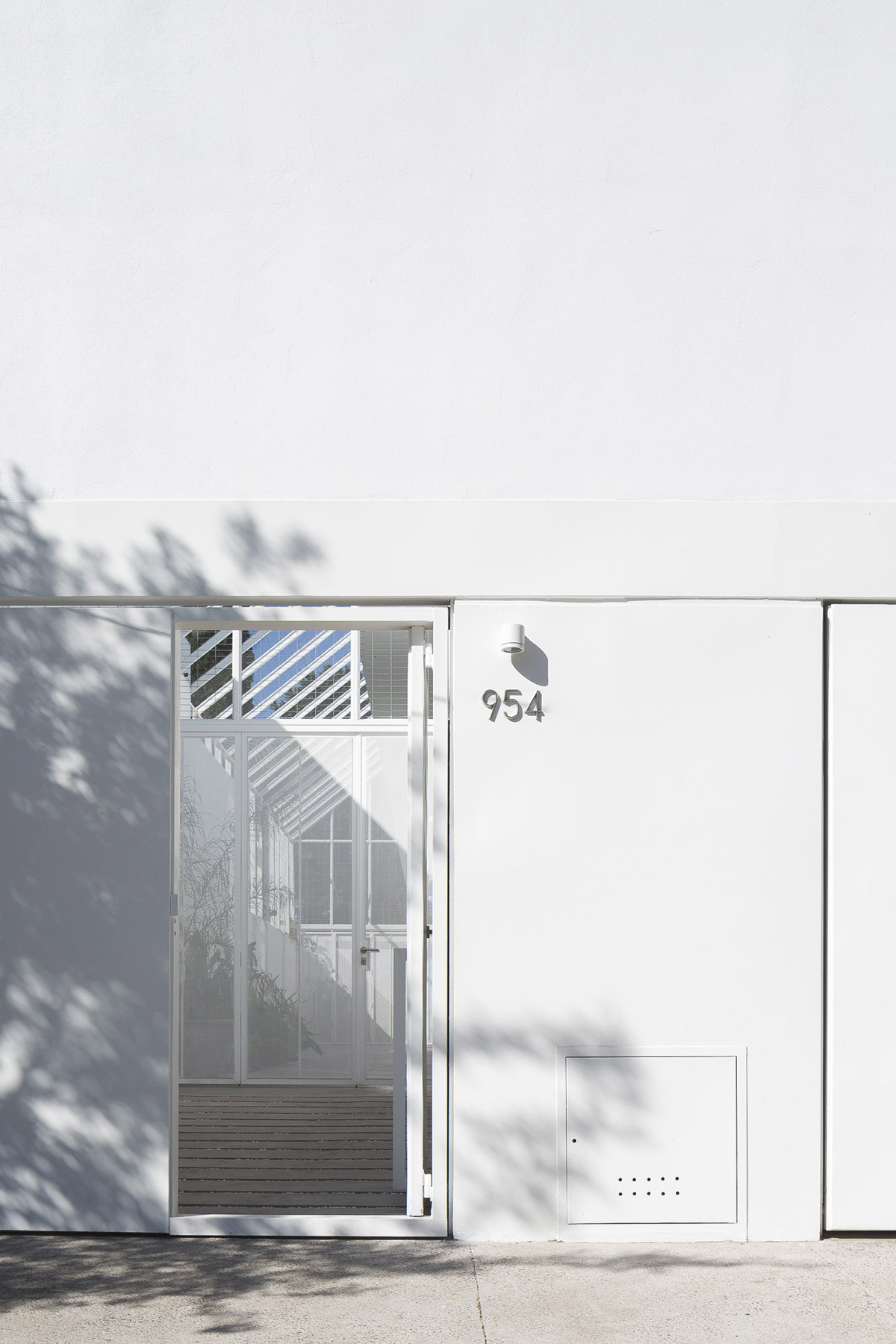 Besides structuring the expansion of the upper floor, this envelope supports the incipient invasion of its own and neighbouring vegetation, allowing for the creation of a new landscape which fosters the freedom and imagination of various uses for its occupants. 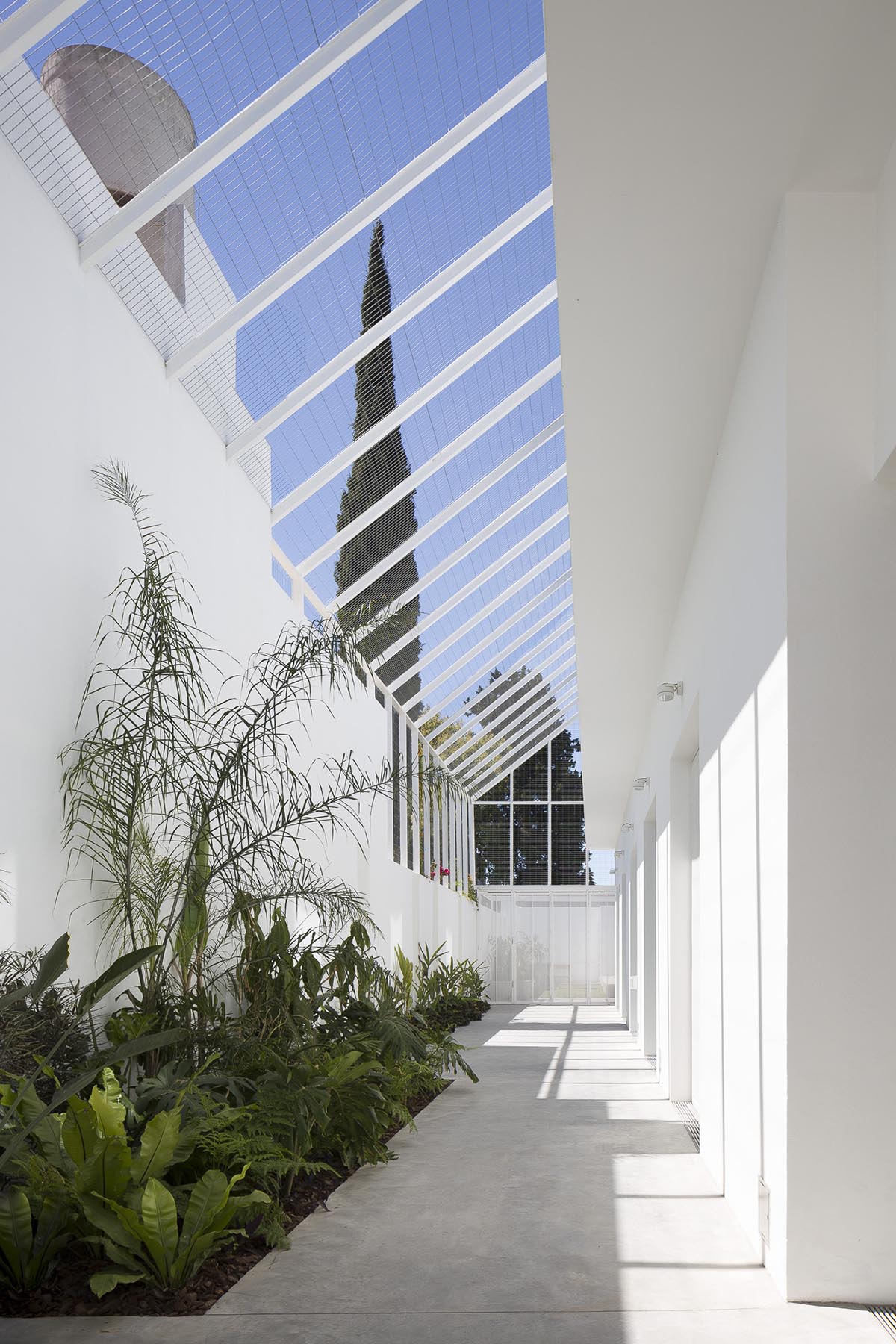 The deciduous vegetation that climbs over the envelope allows for optimal sun exposure during winter and offers shadows on the patio during summer, maximising the use of this space throughout the year.

At the same time, the linear garden adjacent to the party wall helps to reduce the high summer temperatures through evaporative cooling and to purify the fresh air for a healthy ventilation of the house. 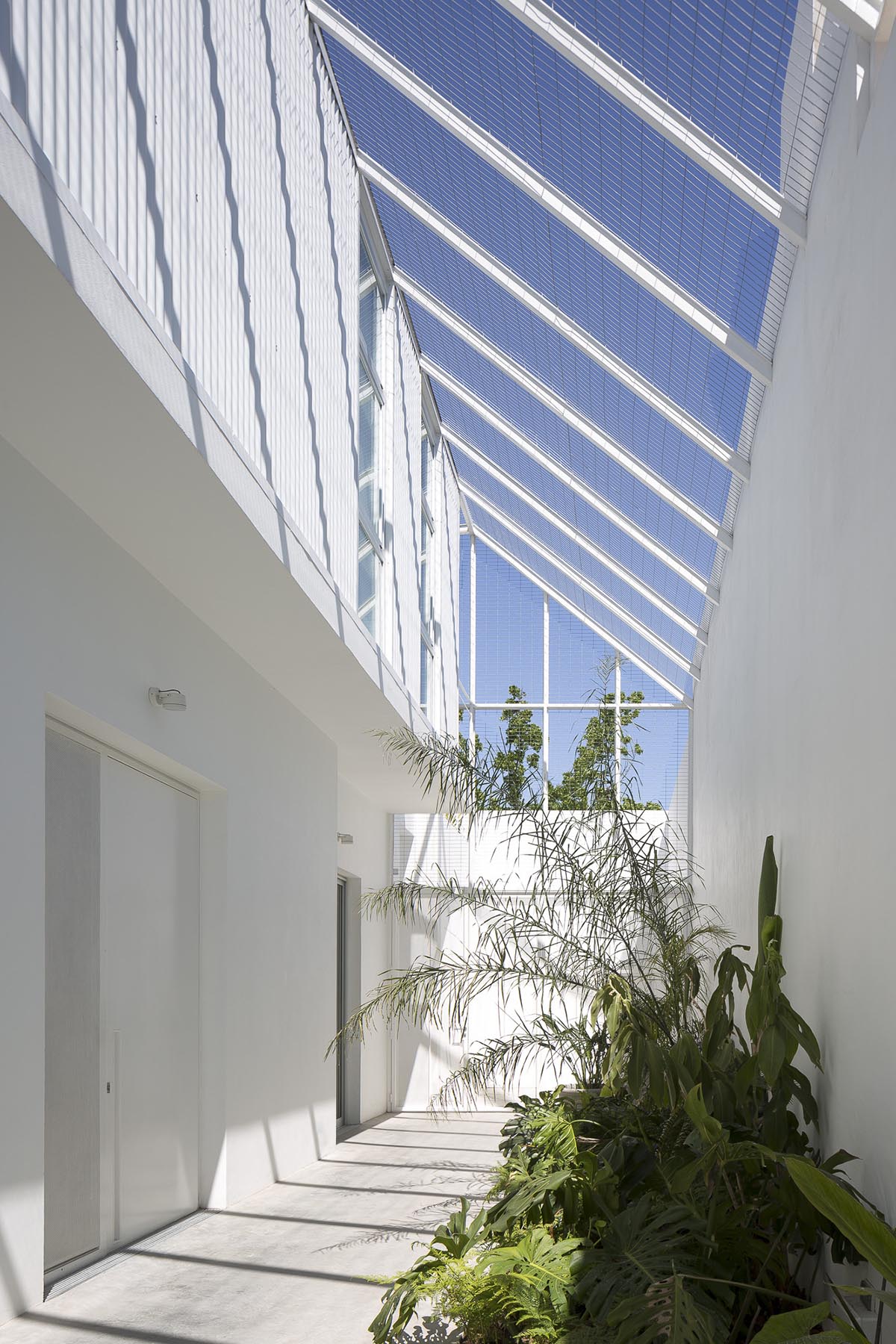 The exposed concrete floor both in the inside and outside areas, in addition to the thick preexisting walls of the lateral facade, offer the potential of thermal mass which further helps regulate the temperatures in a passive manner. 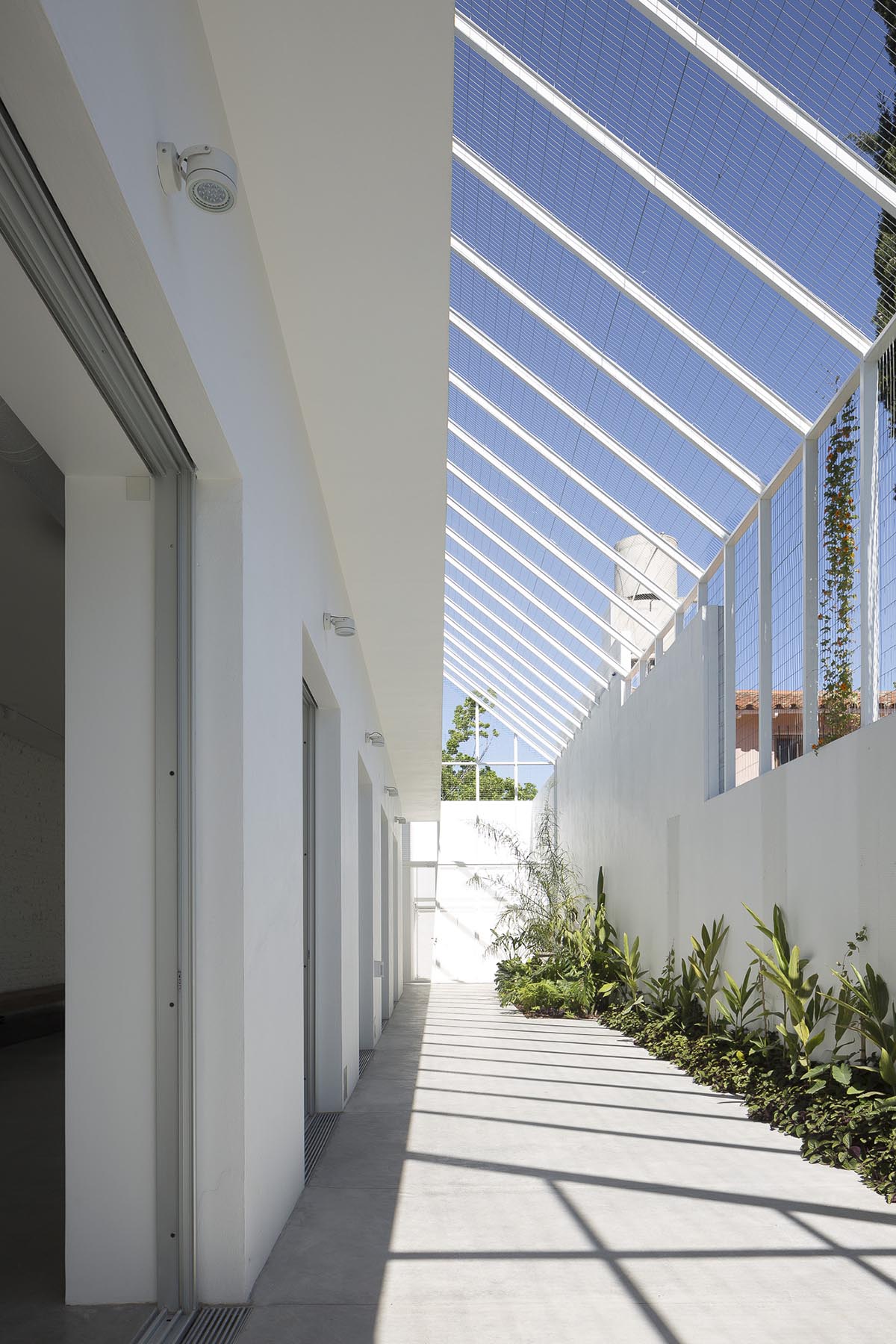 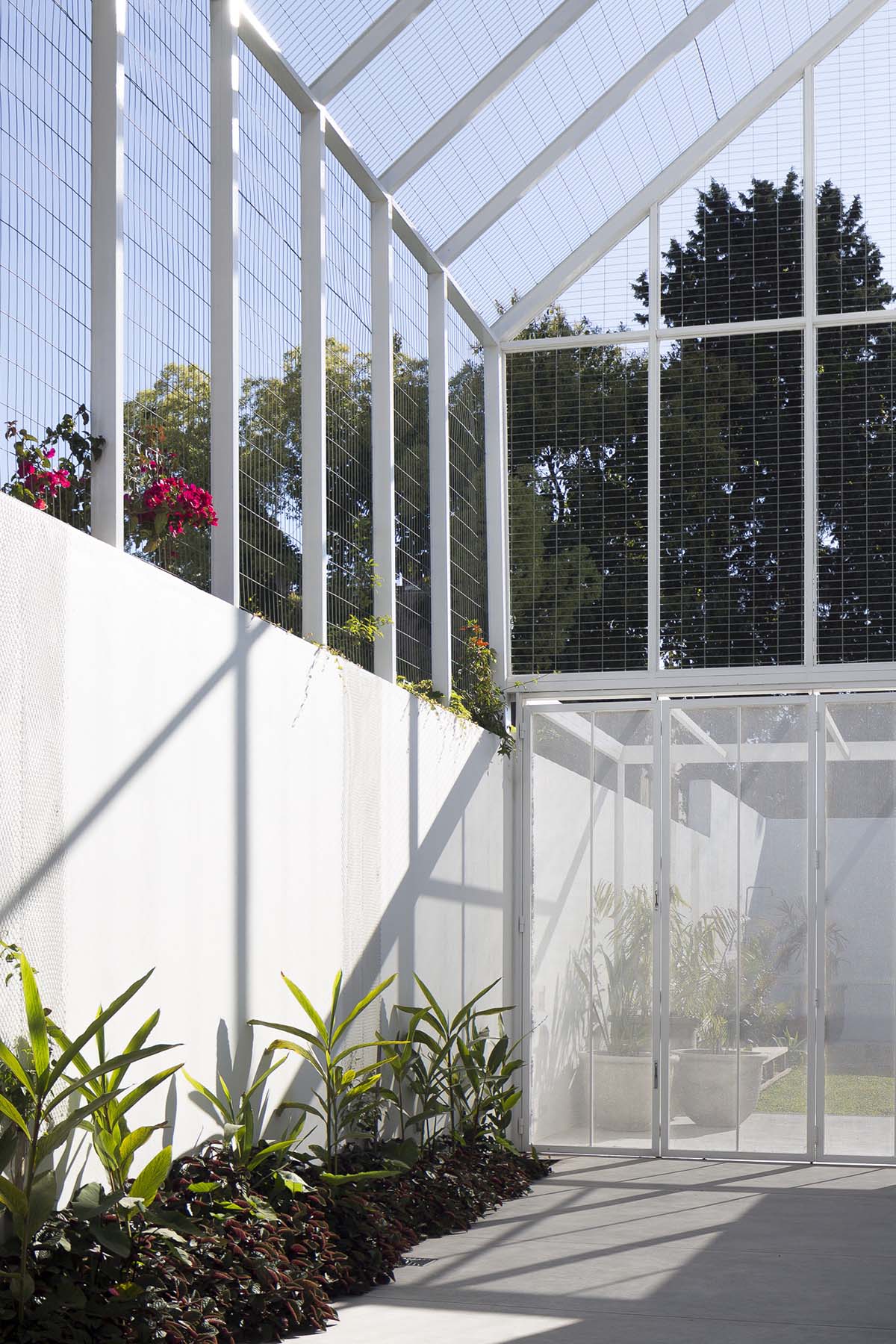 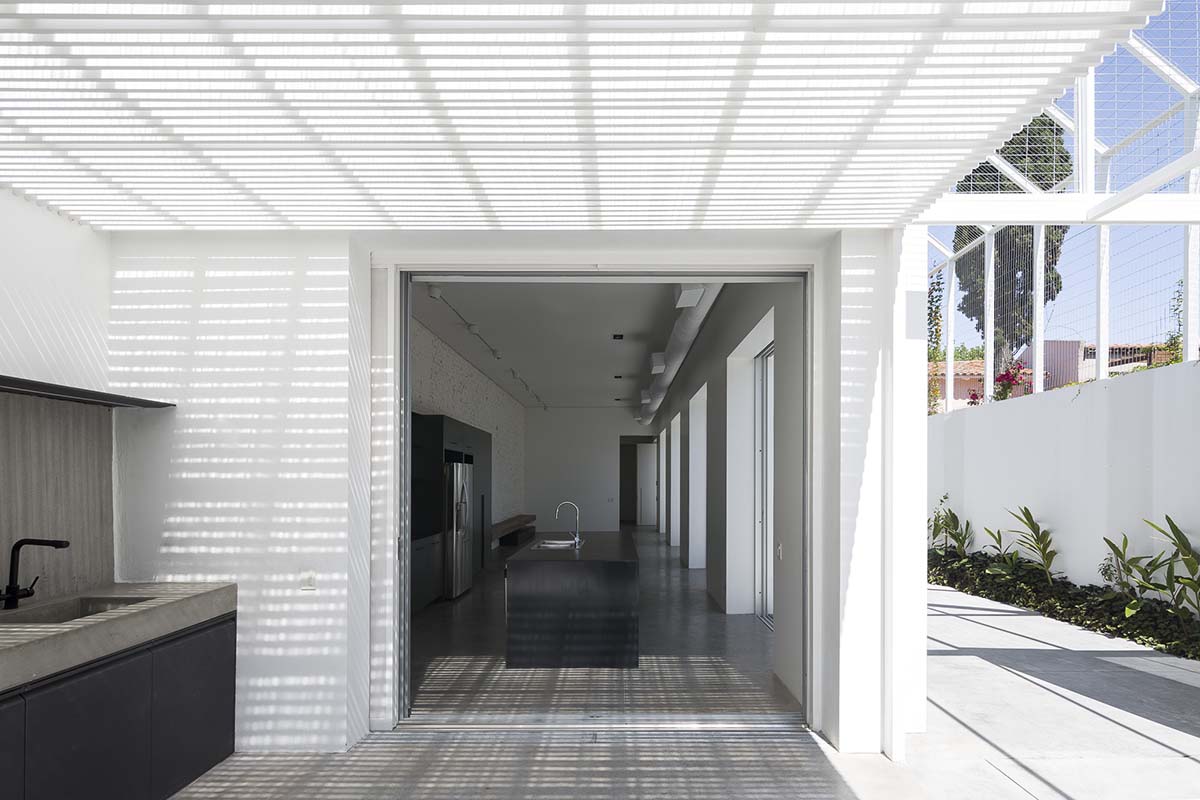 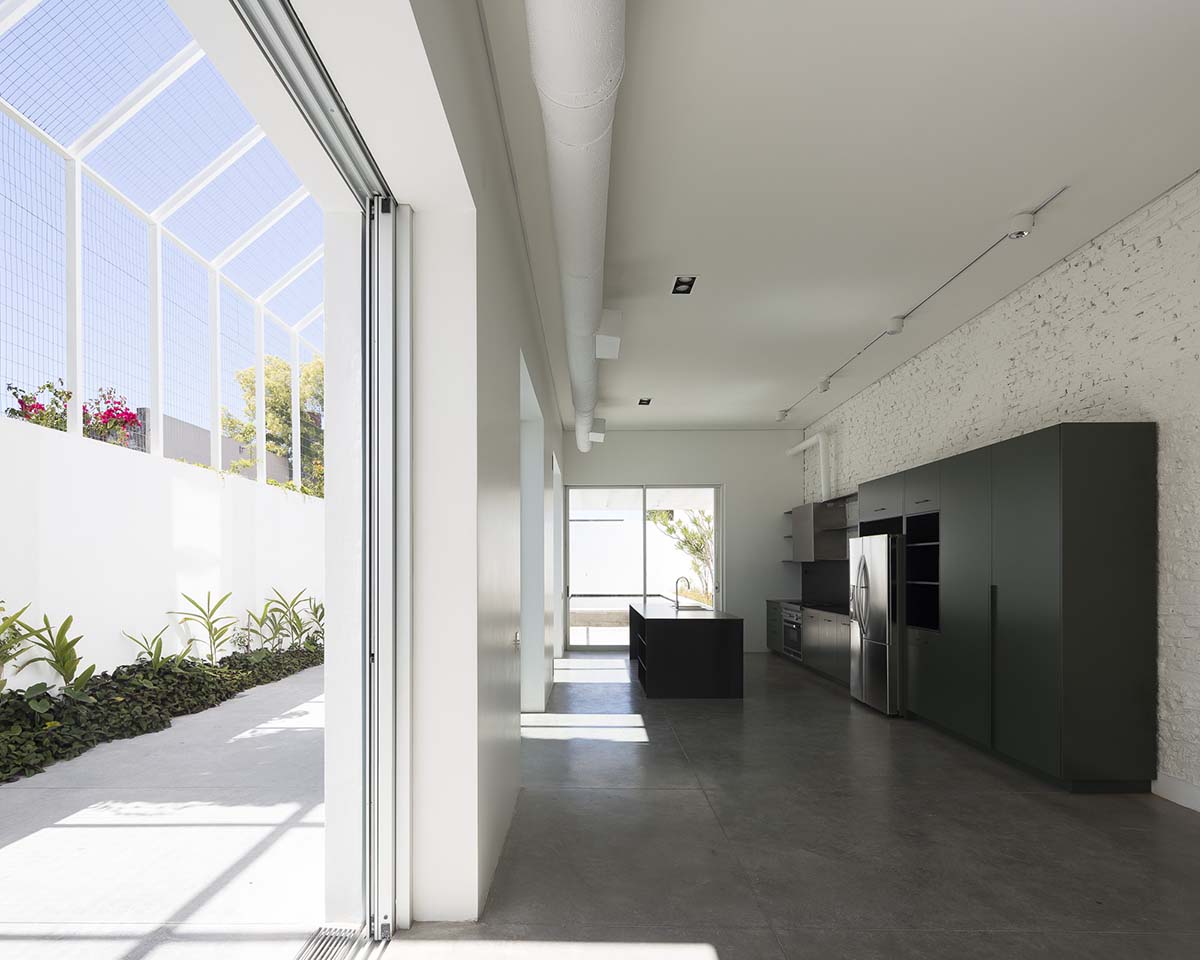 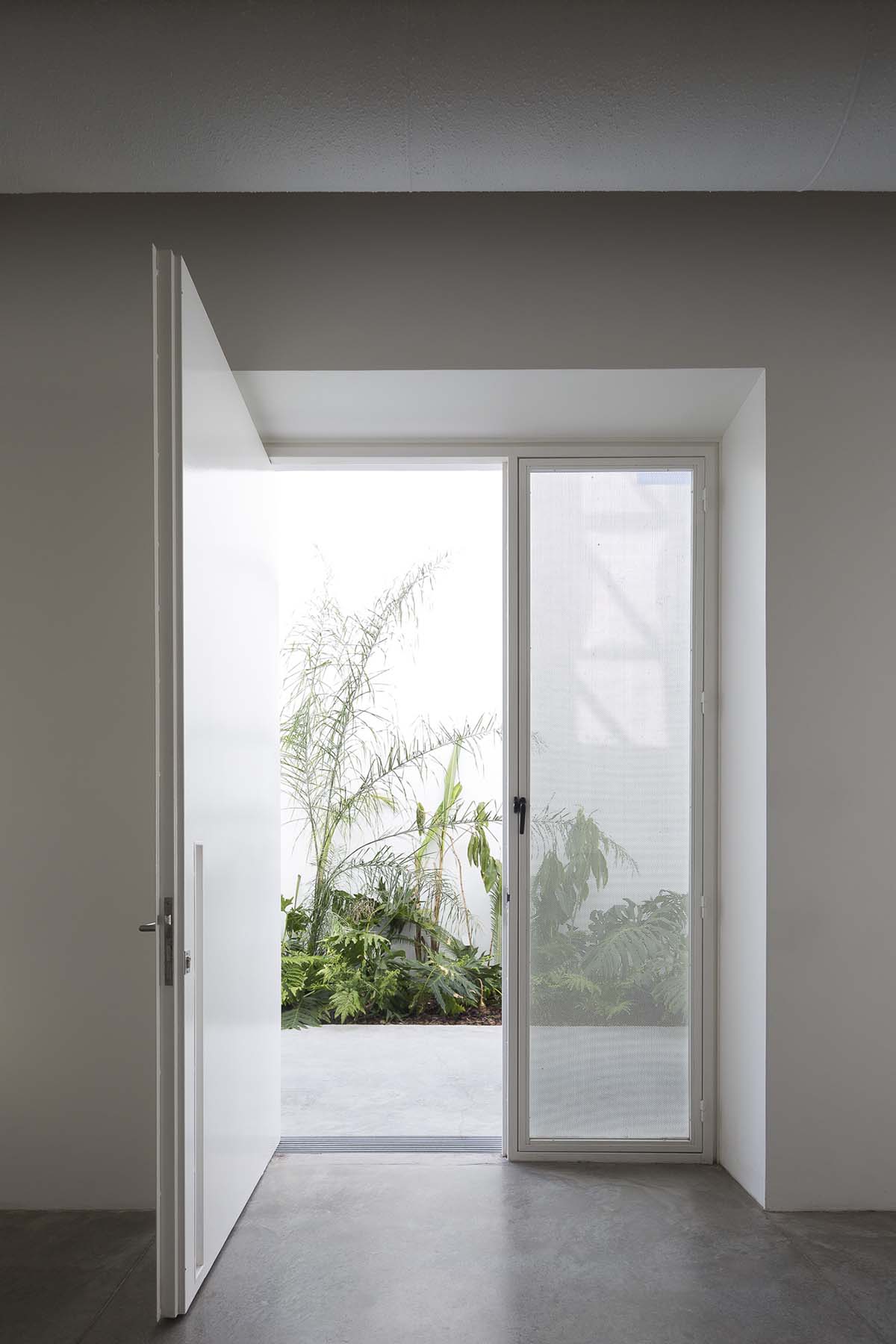 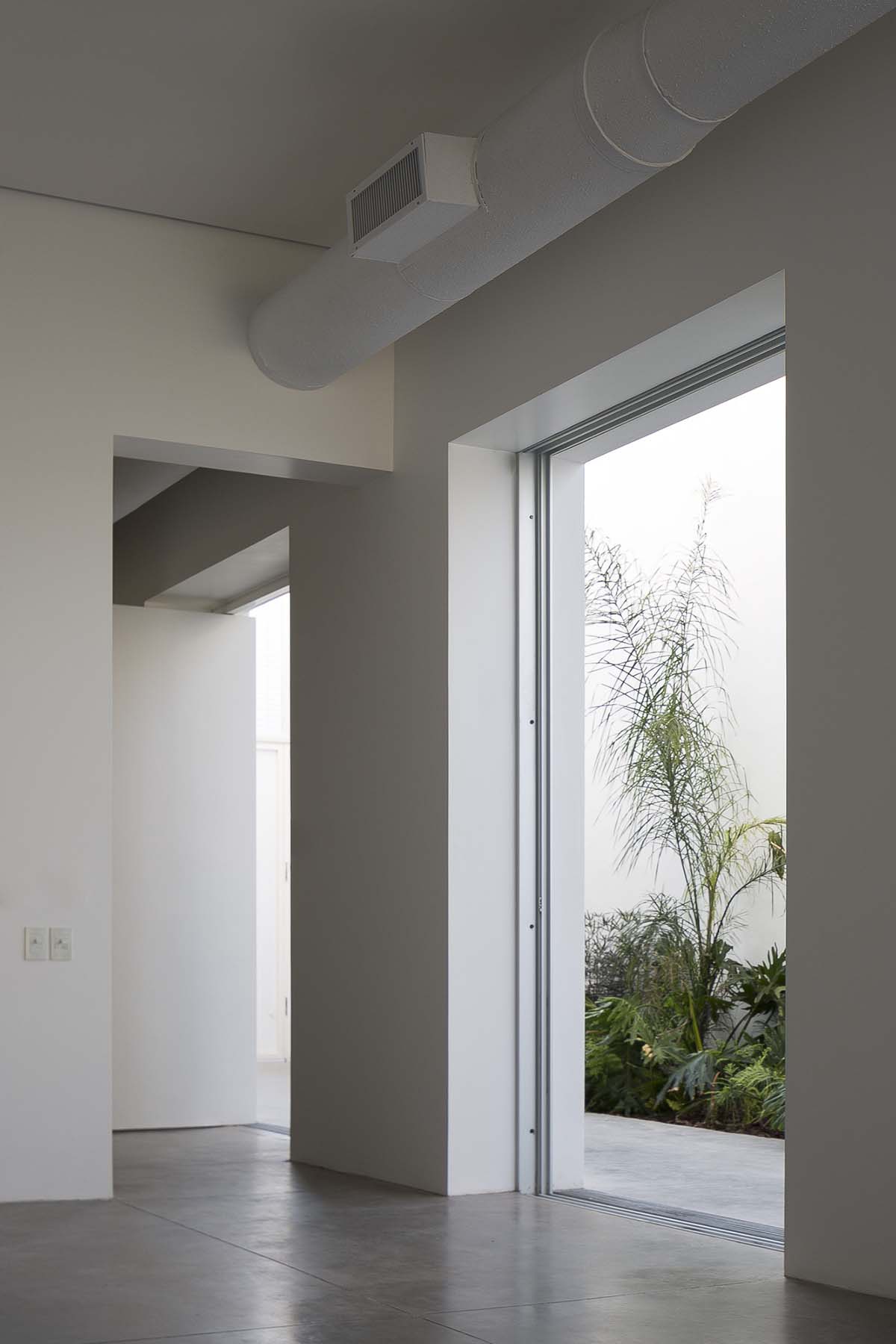 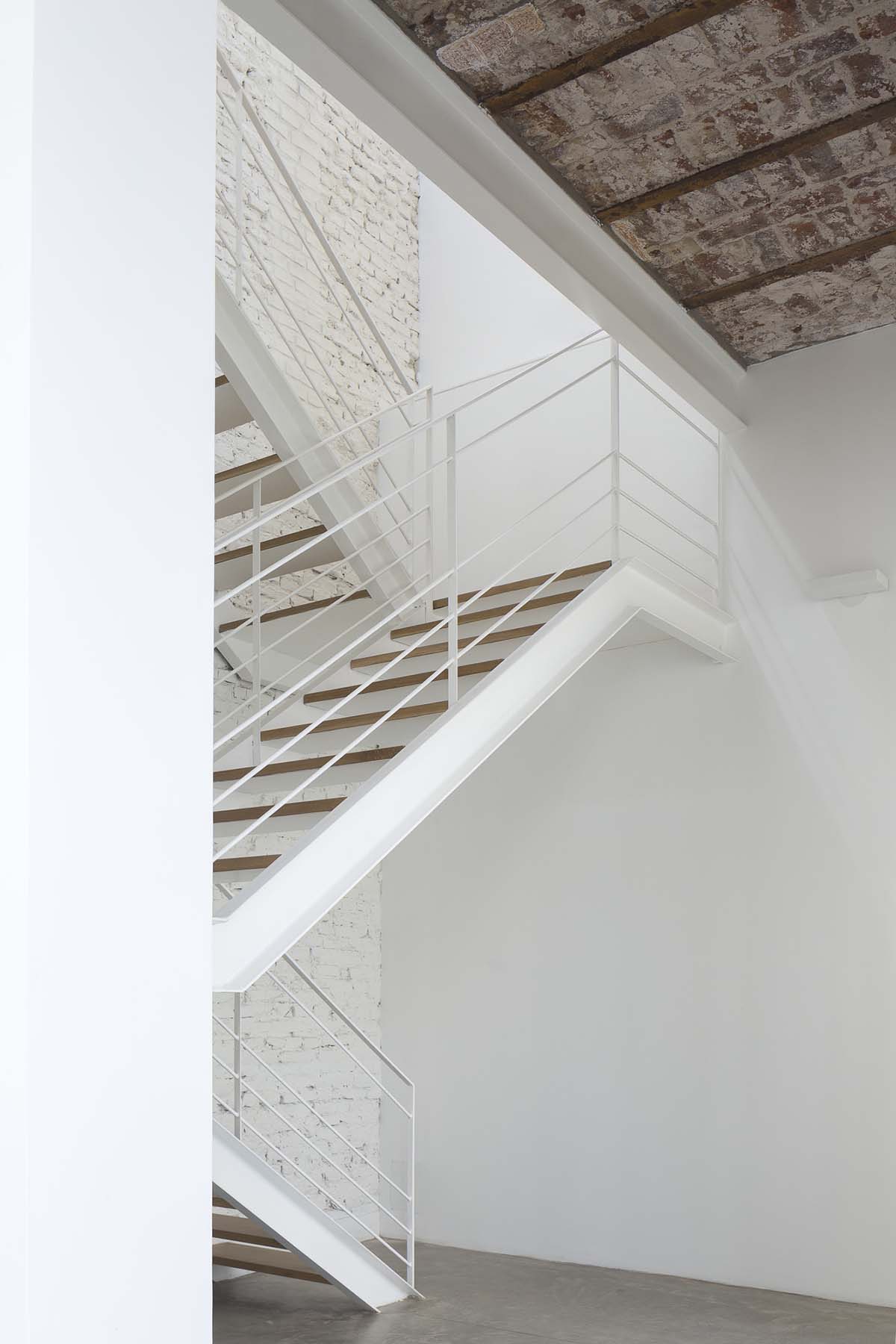 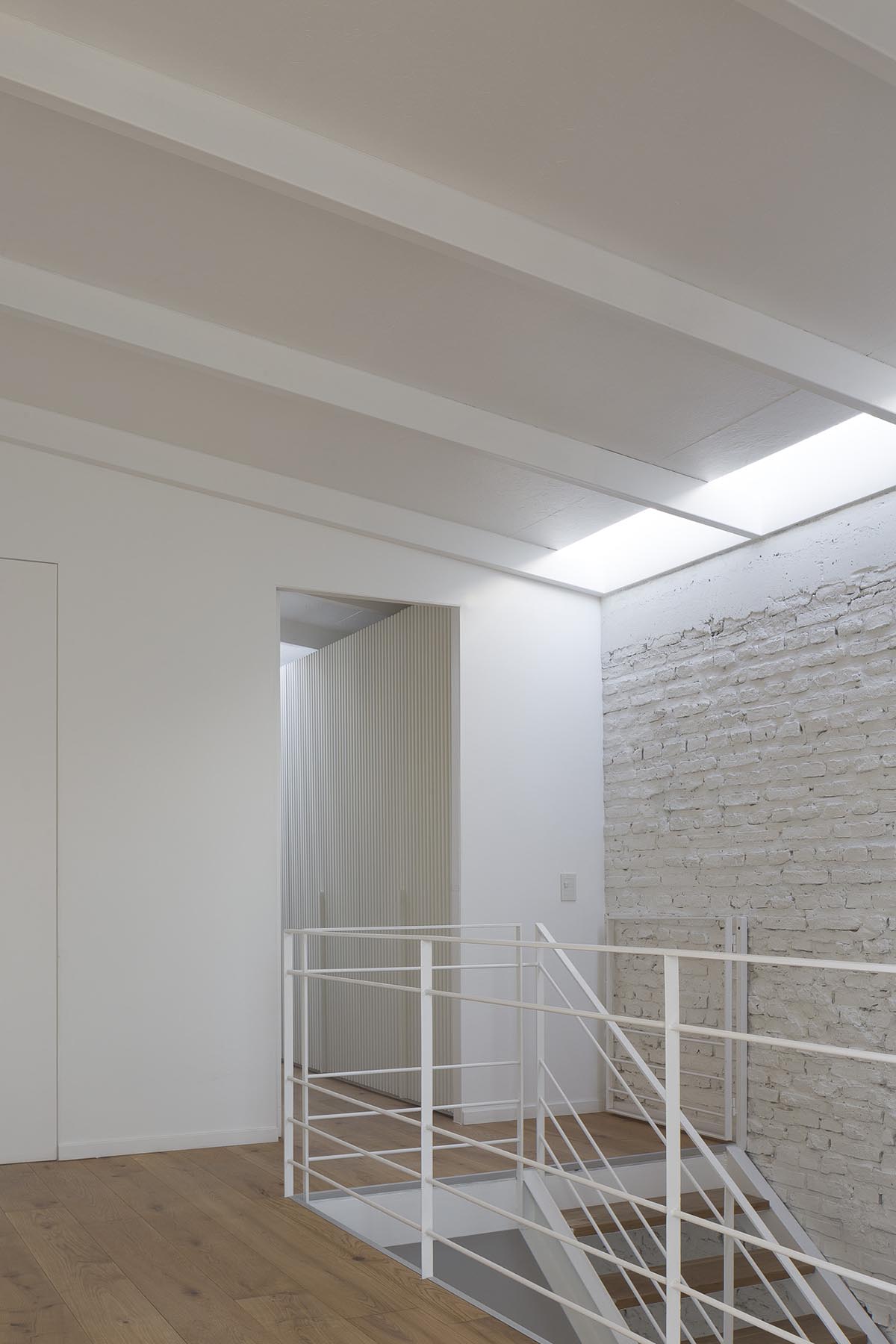 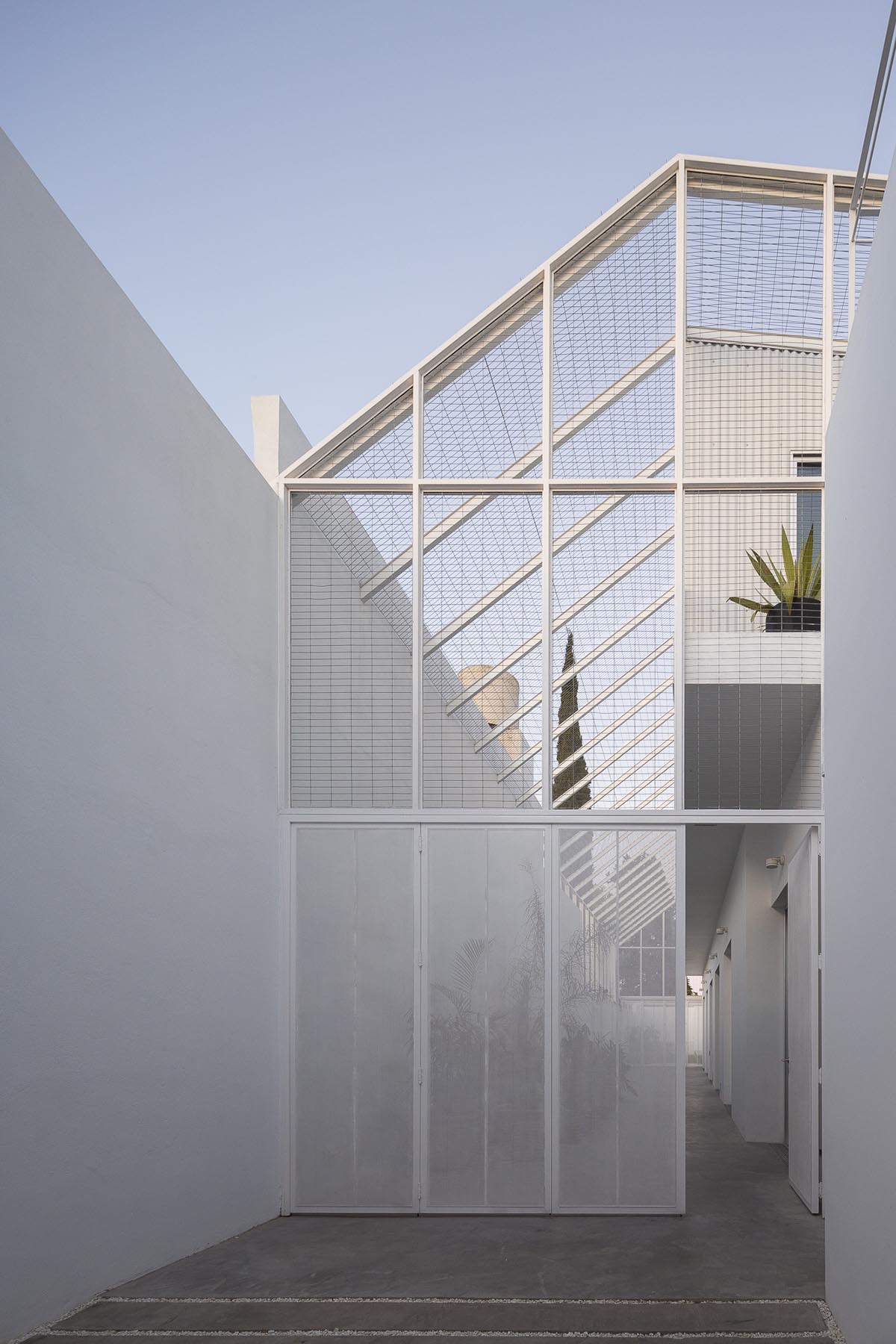 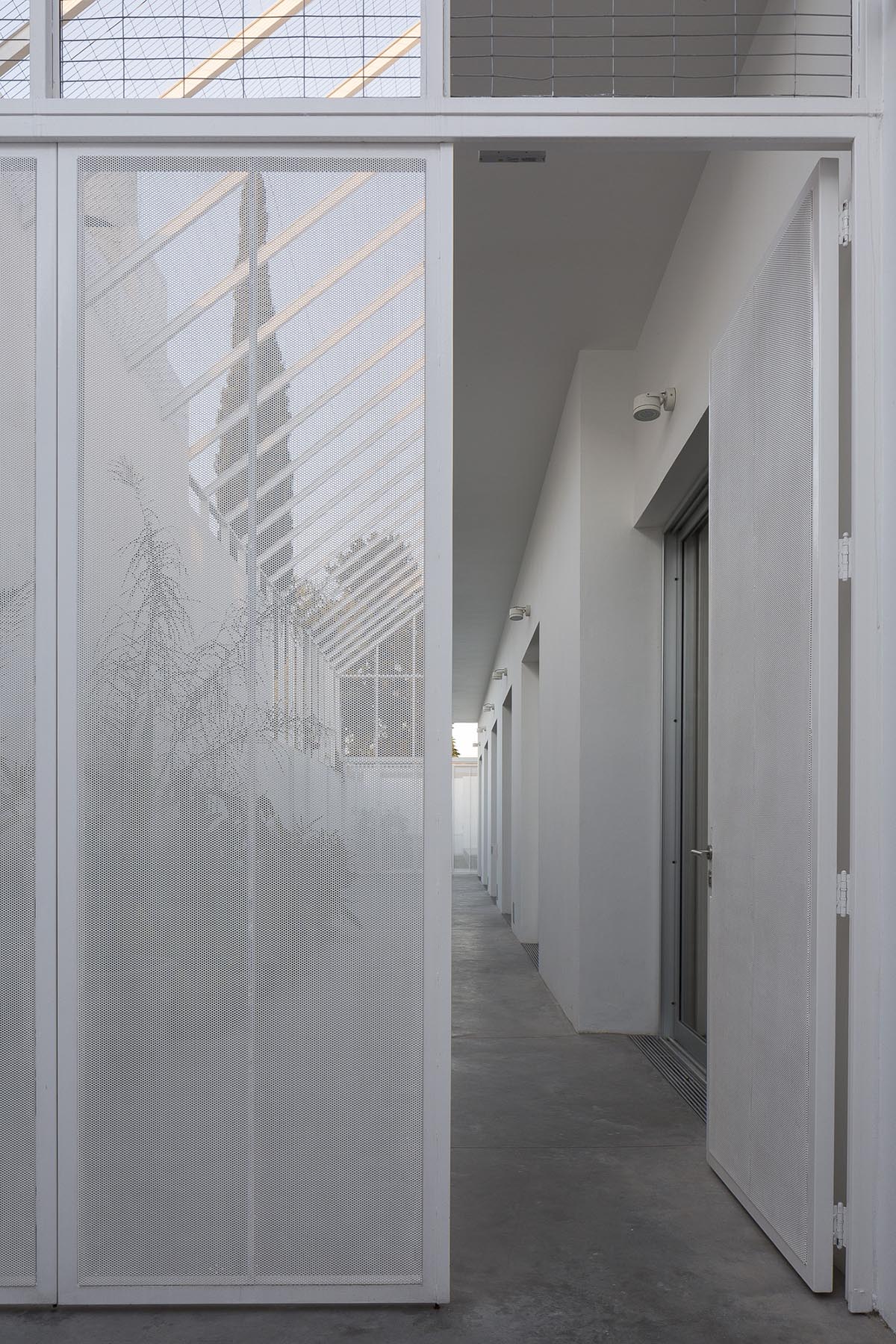 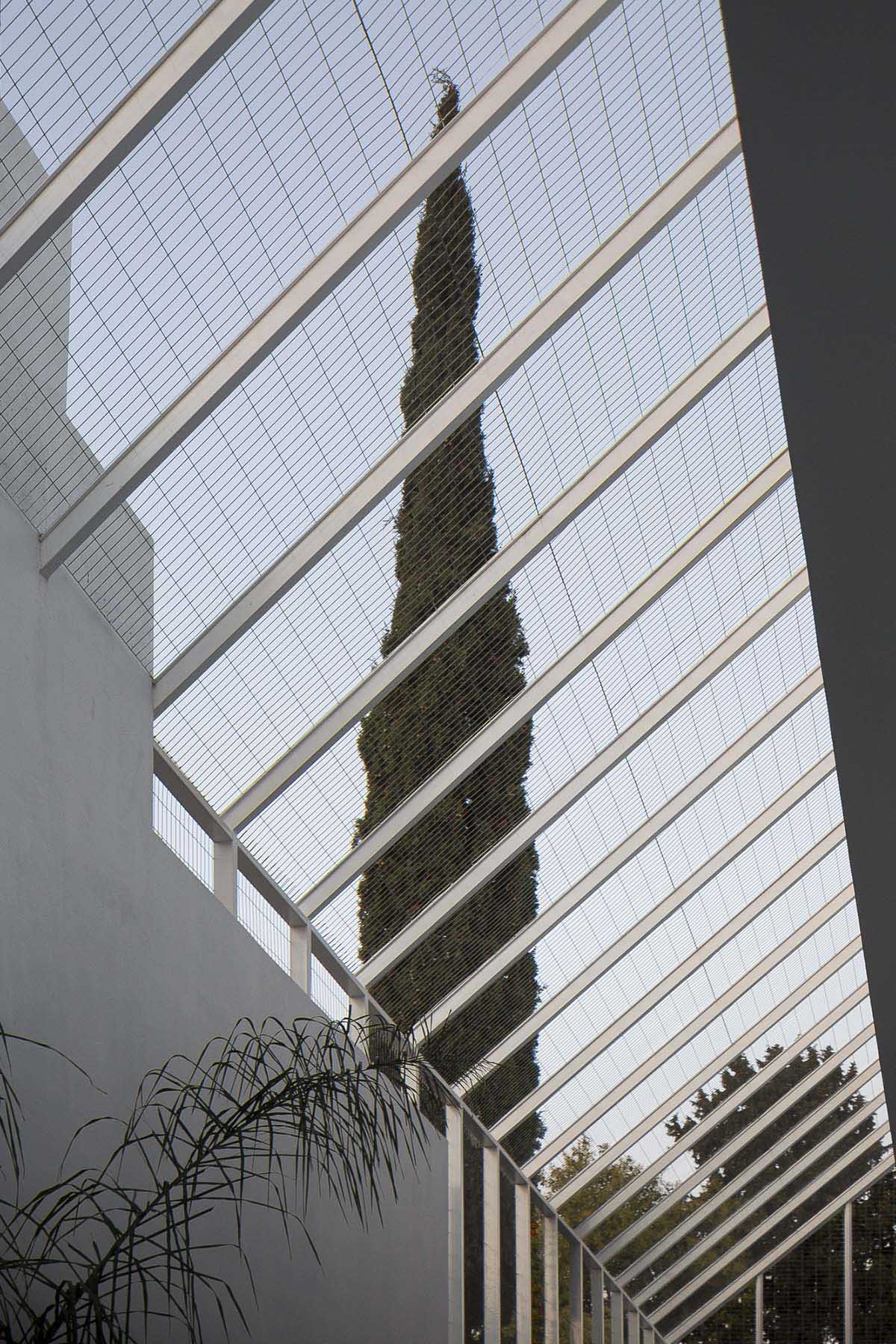 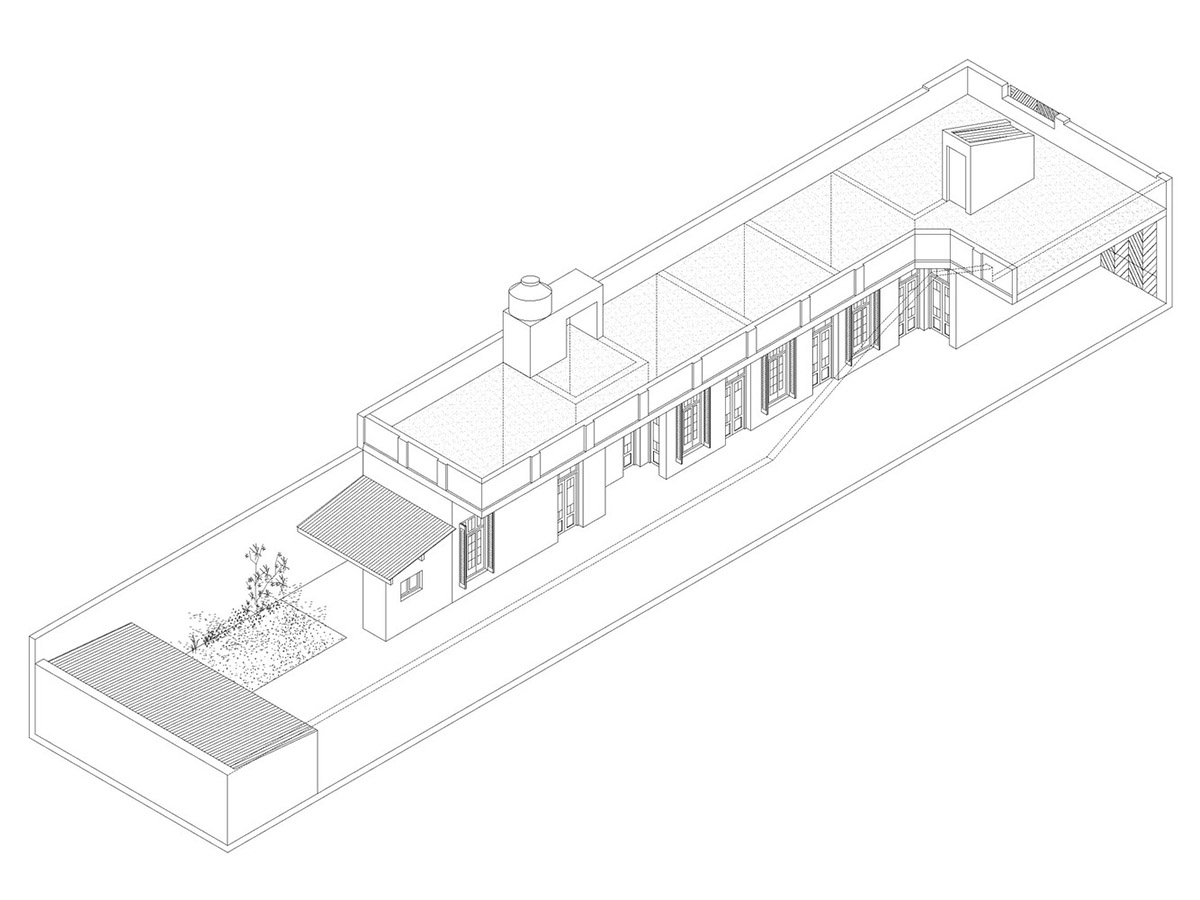 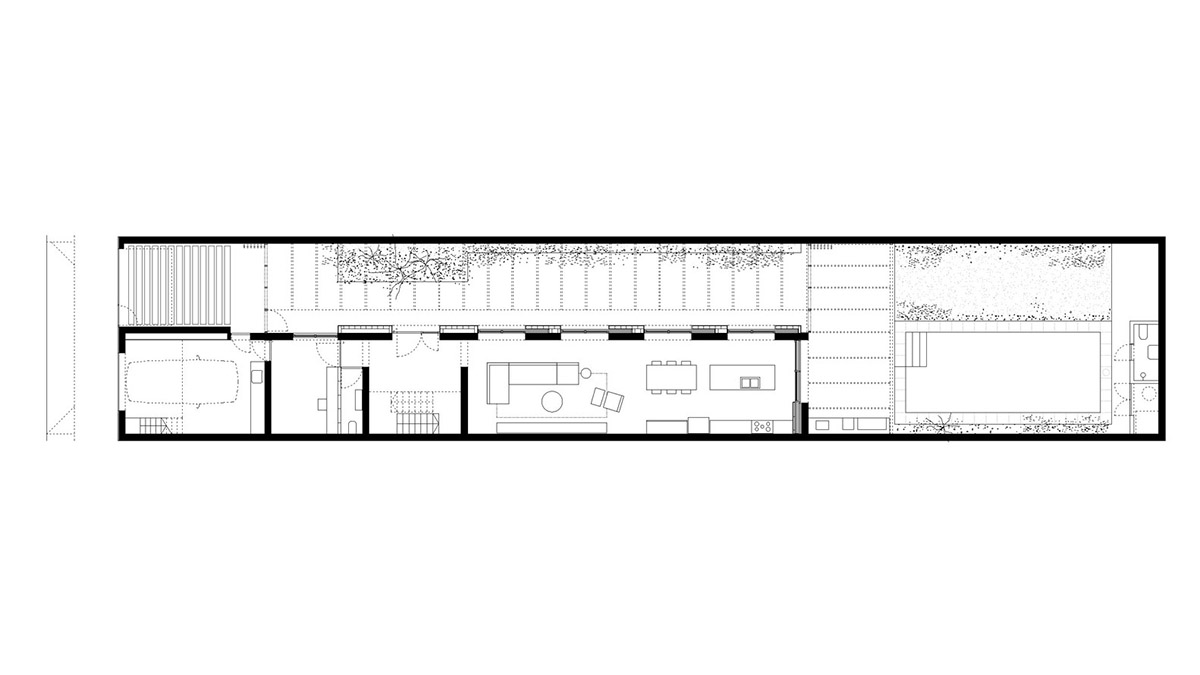 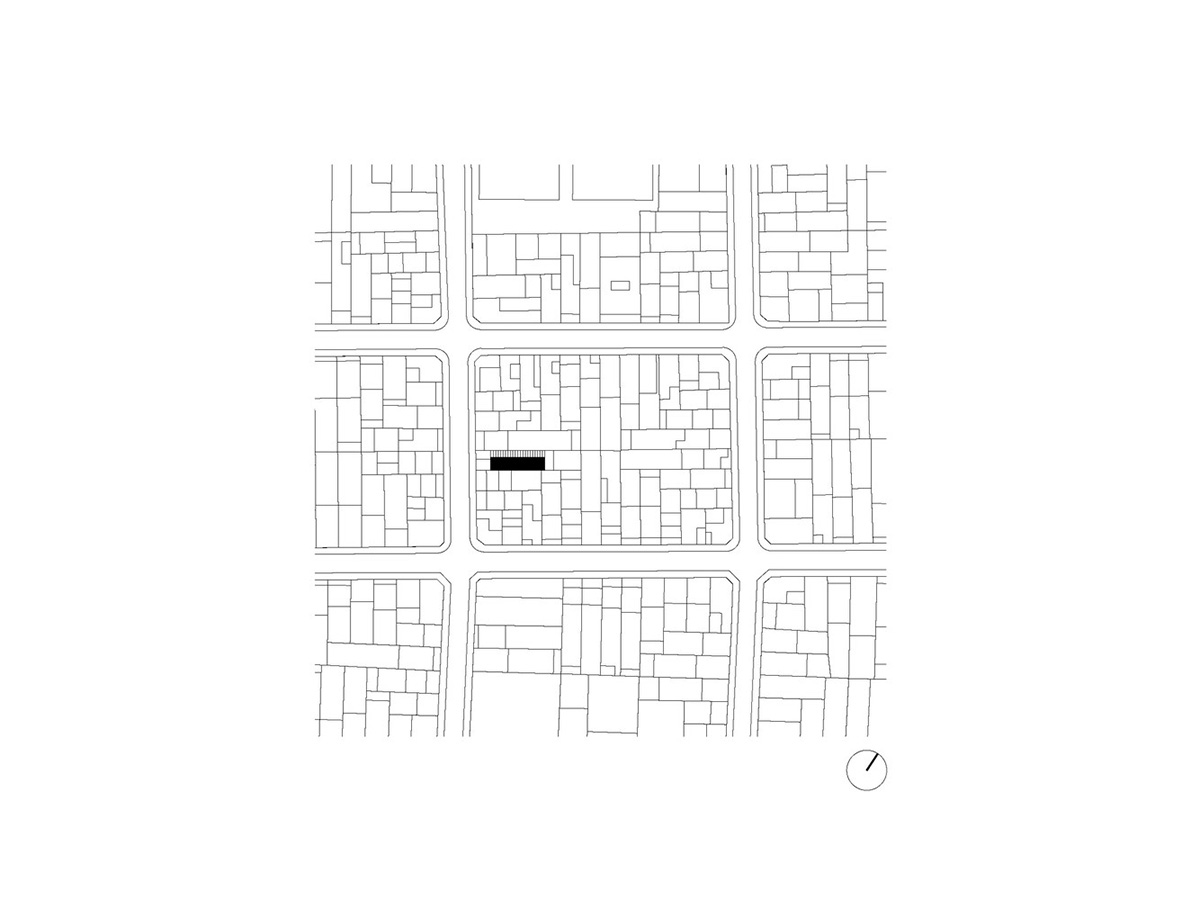 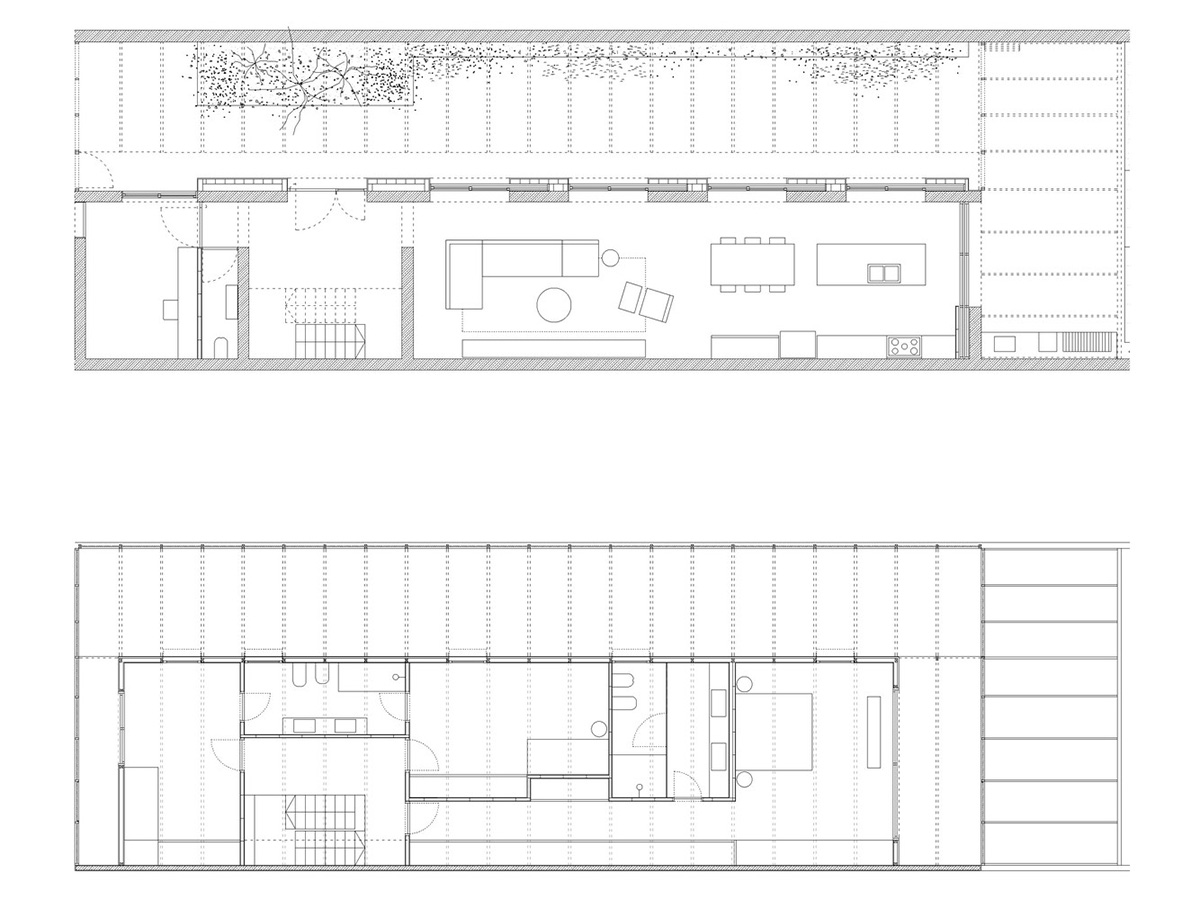 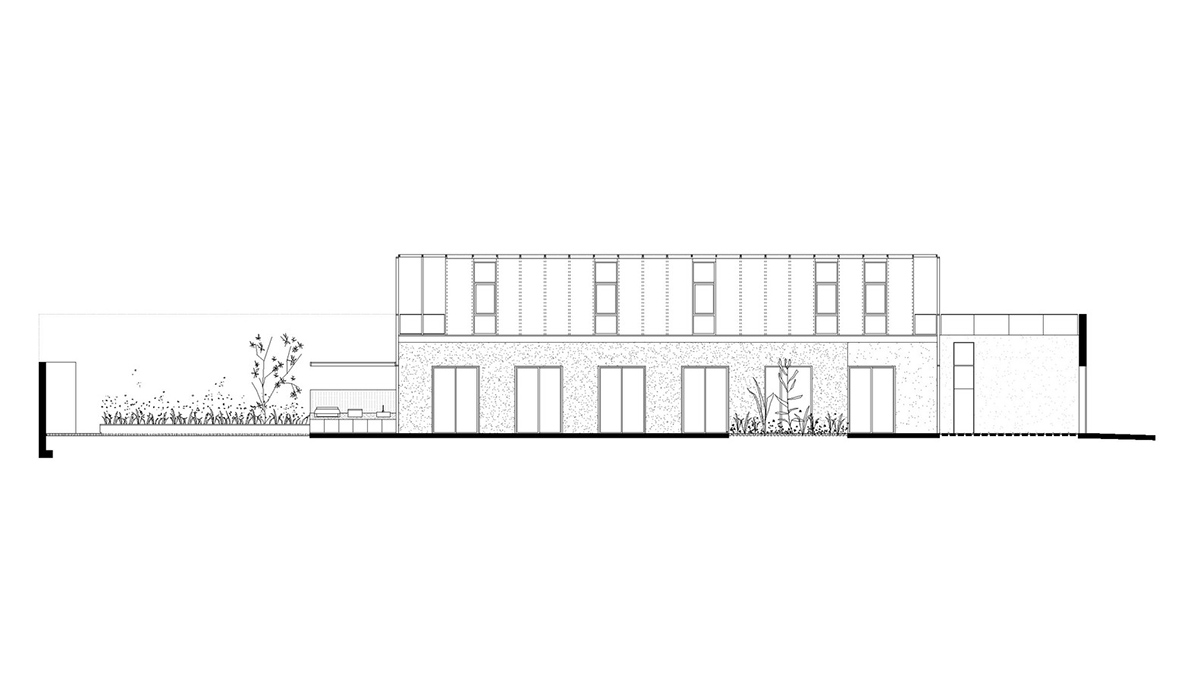 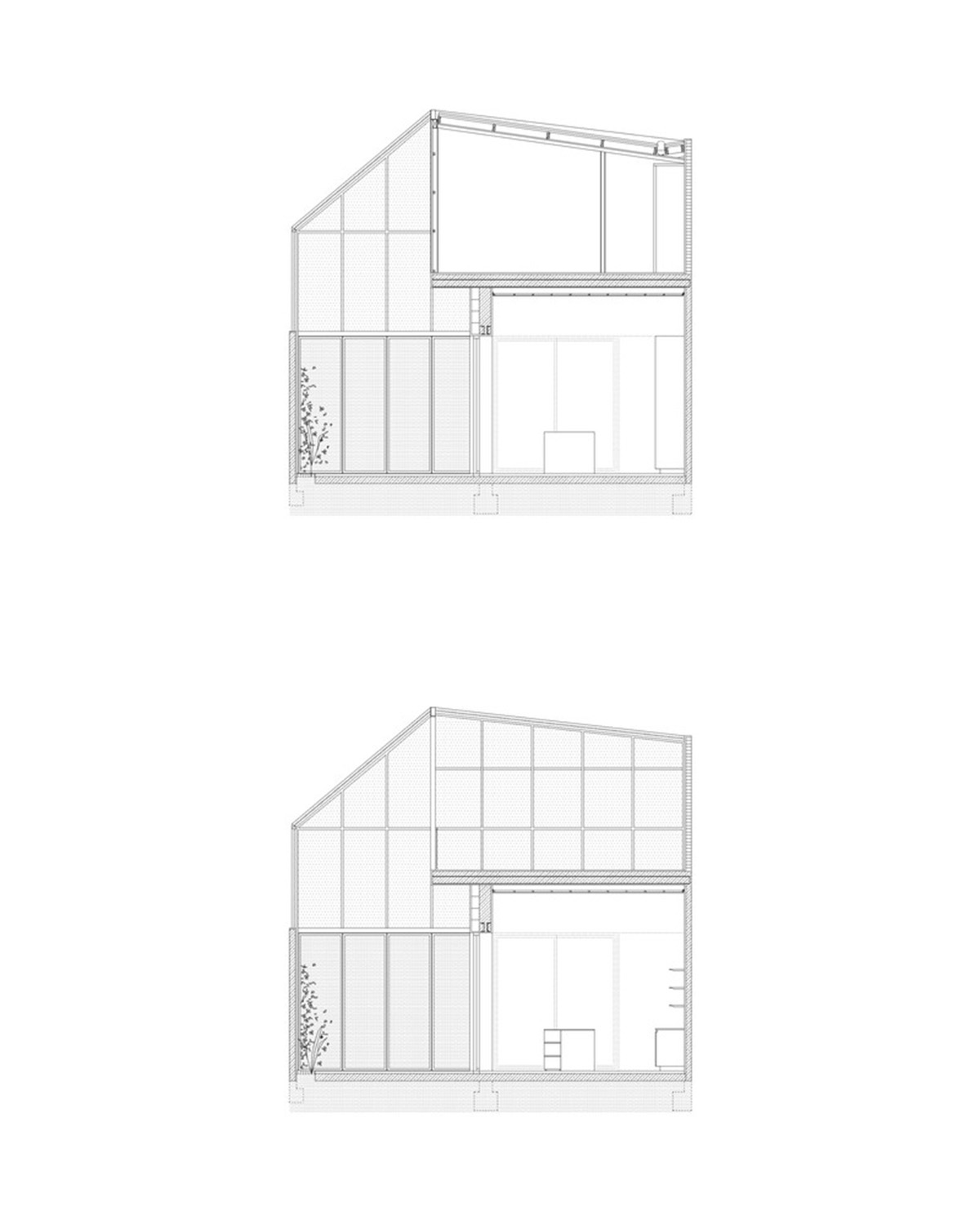 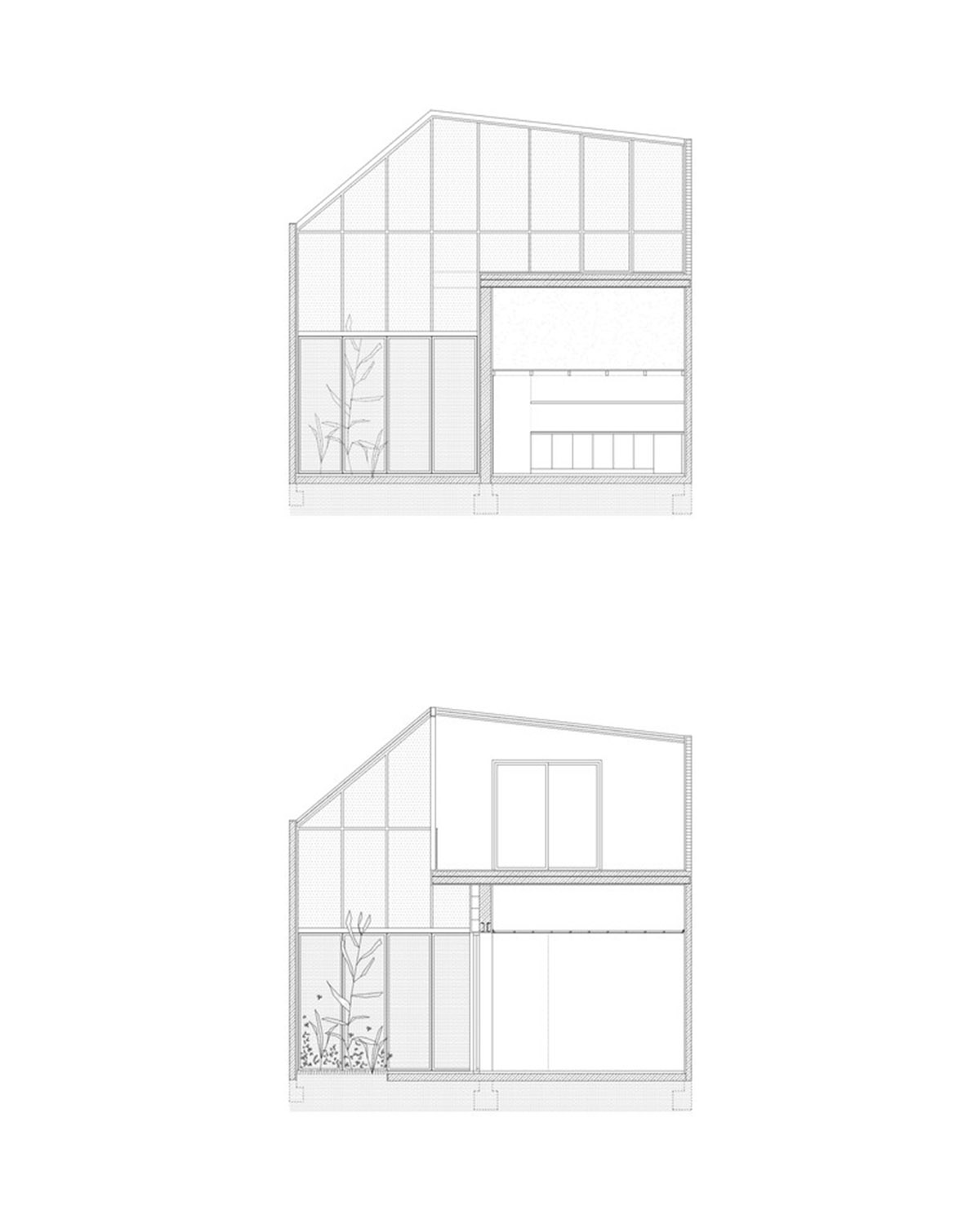 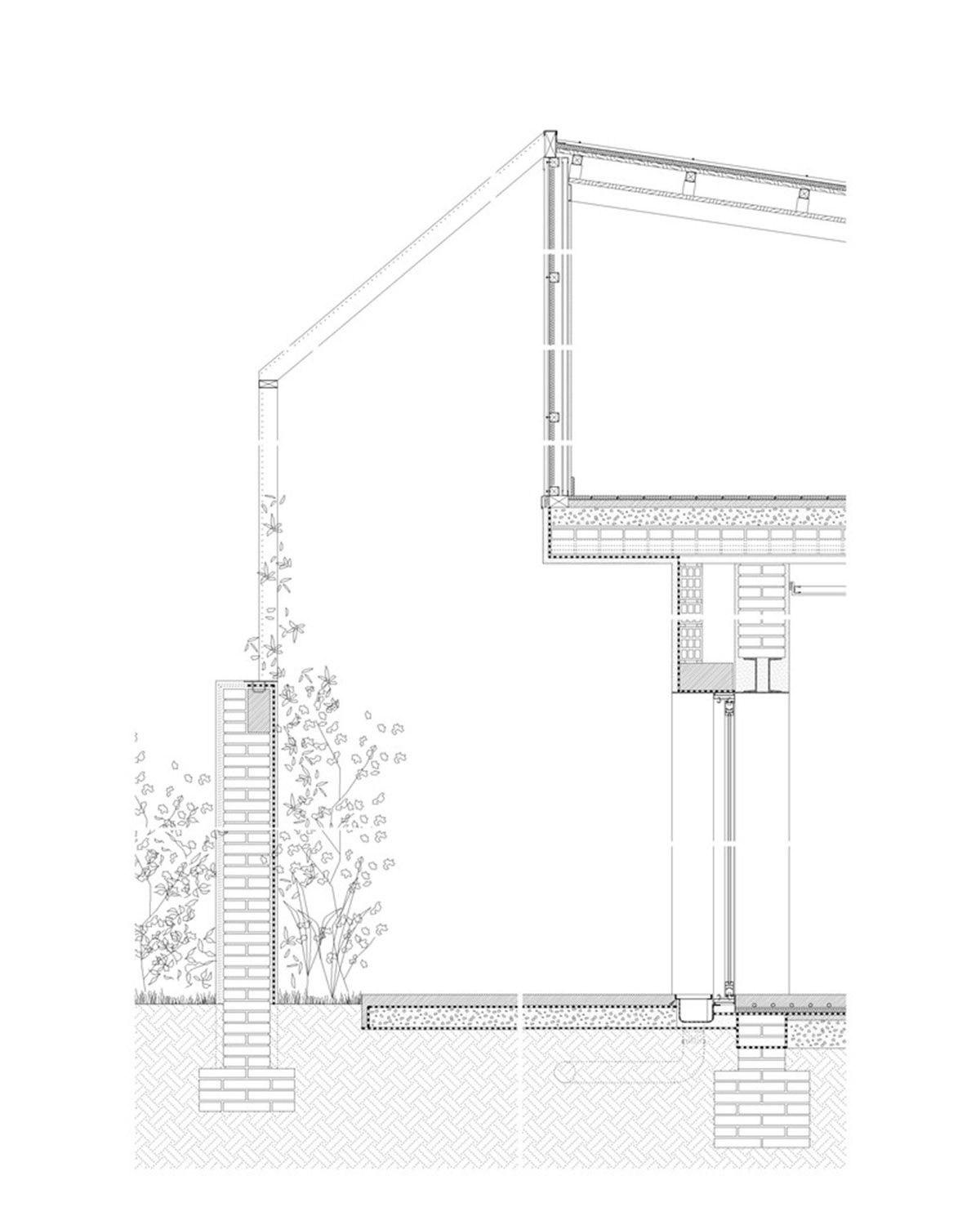