In this project, the architects tried to understand that this project would need a point of differentiation to pull people out of the well-worn tourist paths of southern Bali - still having having deep roots in the Balinese context, the hotel focuses on the scenery and calmness to bring mesmerizing views to guest rooms.

The hotel includes 7 rooms with private pools and an open, common swimming pool. 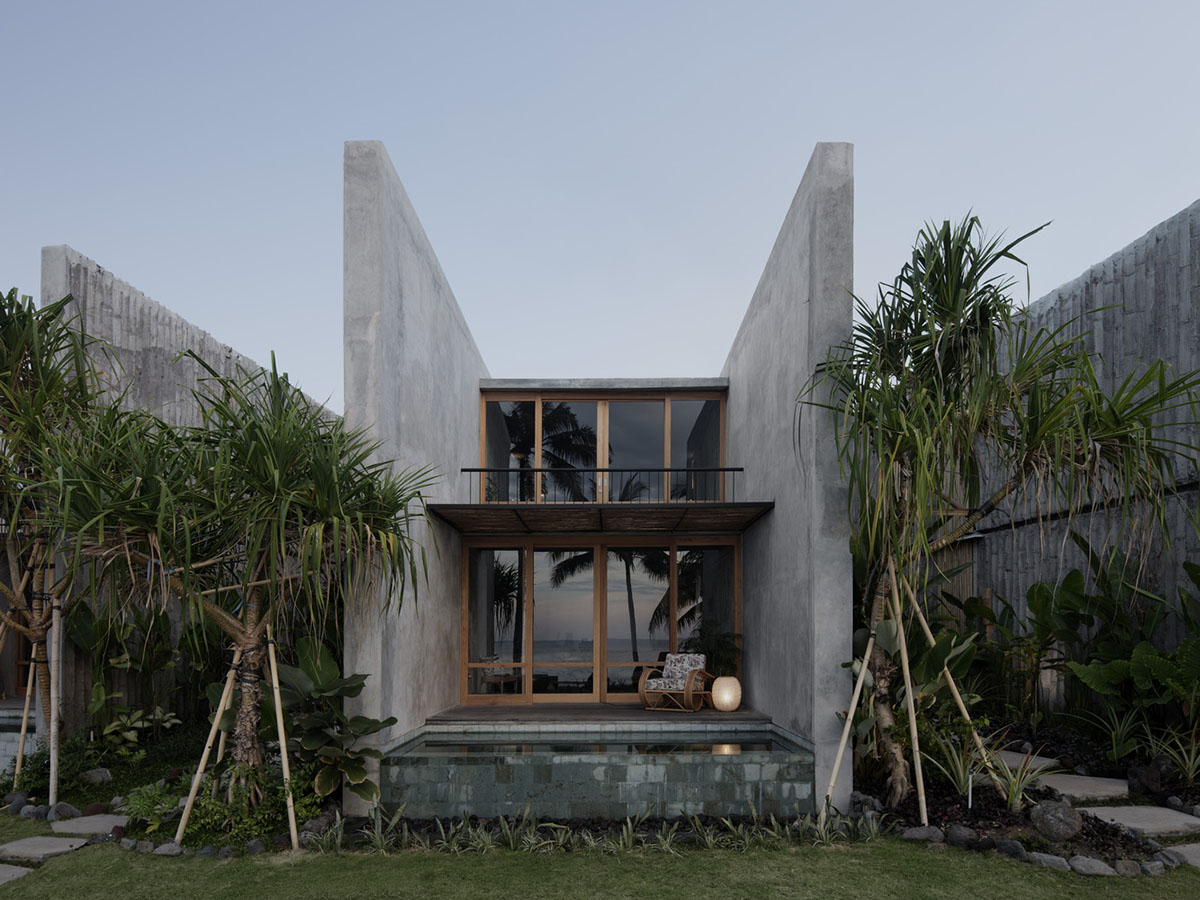 "Due to its remote location, the design deliberately leans on traditional materials and construction techniques, while providing a robust conceptual framework," said the architects in a project description.

Although concrete is a preferred construction method of Bali and that bamboo is plentiful, the studio created a series of bamboo formed concrete walls that were erected on-site to create in-between and inside conditions, framing the mountains and the sea. "The materiality of this project aims to work within the local context, construction techniques, resources, and climate; a rugged regionalism," they said.

"Concrete and bamboo are abundant, so it was best to work with these materials throughout."

"In a tropical climate, a clean finish would require much maintenance, here, the material will weather in, enhancing the character of the architecture and place." "Importantly, this also became the finishing. Expressing the texture and form of the bamboo as a negative impression in the patina of the concrete becomes this project’s motif." As the architects highlight, the walls become shear, referencing local Balinese gateways prevalent throughout the island. These gateways are highly decorated totems, shear-cut on the travel path to encourage the eye and the spirit to drift onwards. 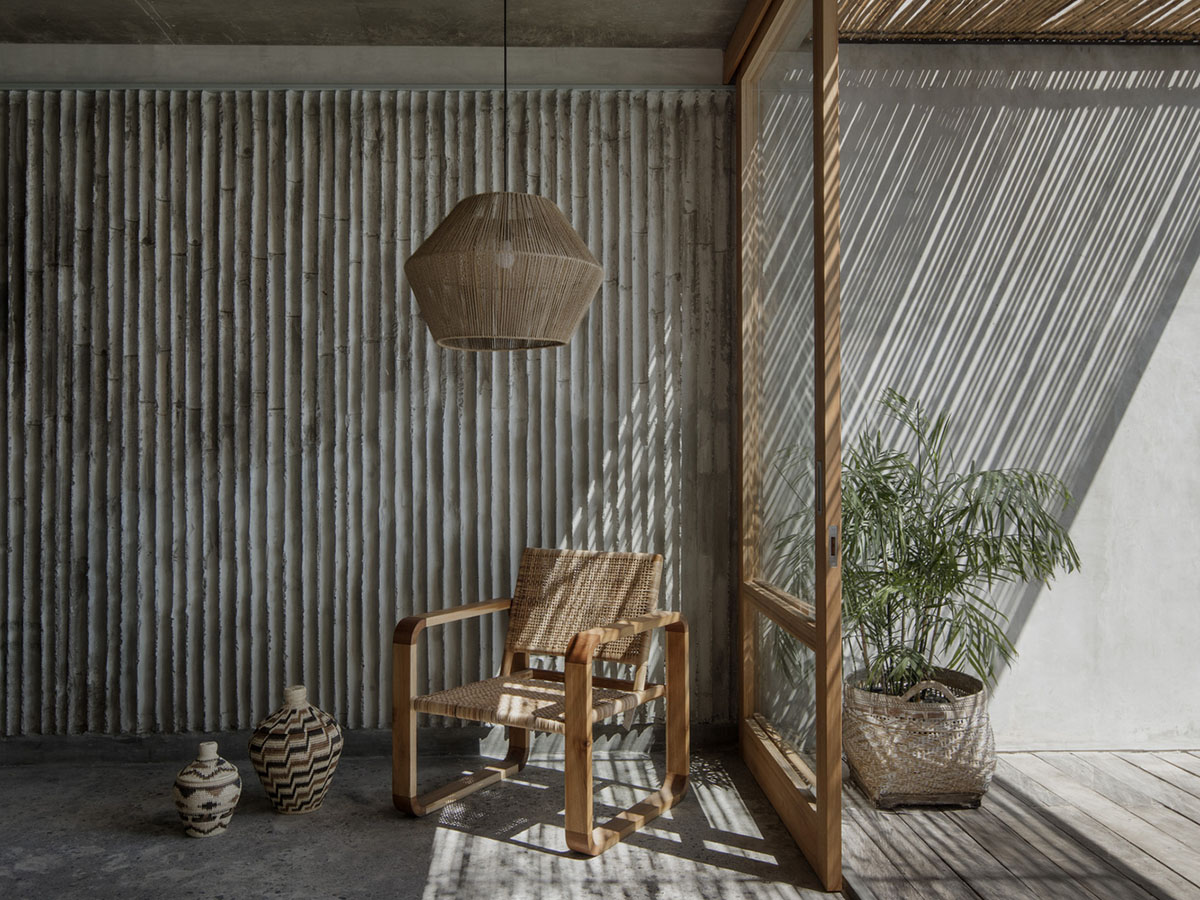 The architects wanted these walls to appear like funnels, giving each room an equal and opposing view of the mountain and the ocean, meaning that guests are always situated in the truth of the site.

According to the studio, it is vitally important to draw attention to this dual condition as part of a locating and grounding travel experience. "Arriving at the Tiing is a process of 2.5hrs traversing winding roads through the lush Balinese landscape. We wanted something that would act as a distinct counterpoint to that all-consuming ‘green-ness’, so we created a red public bathing pool," the architects added. 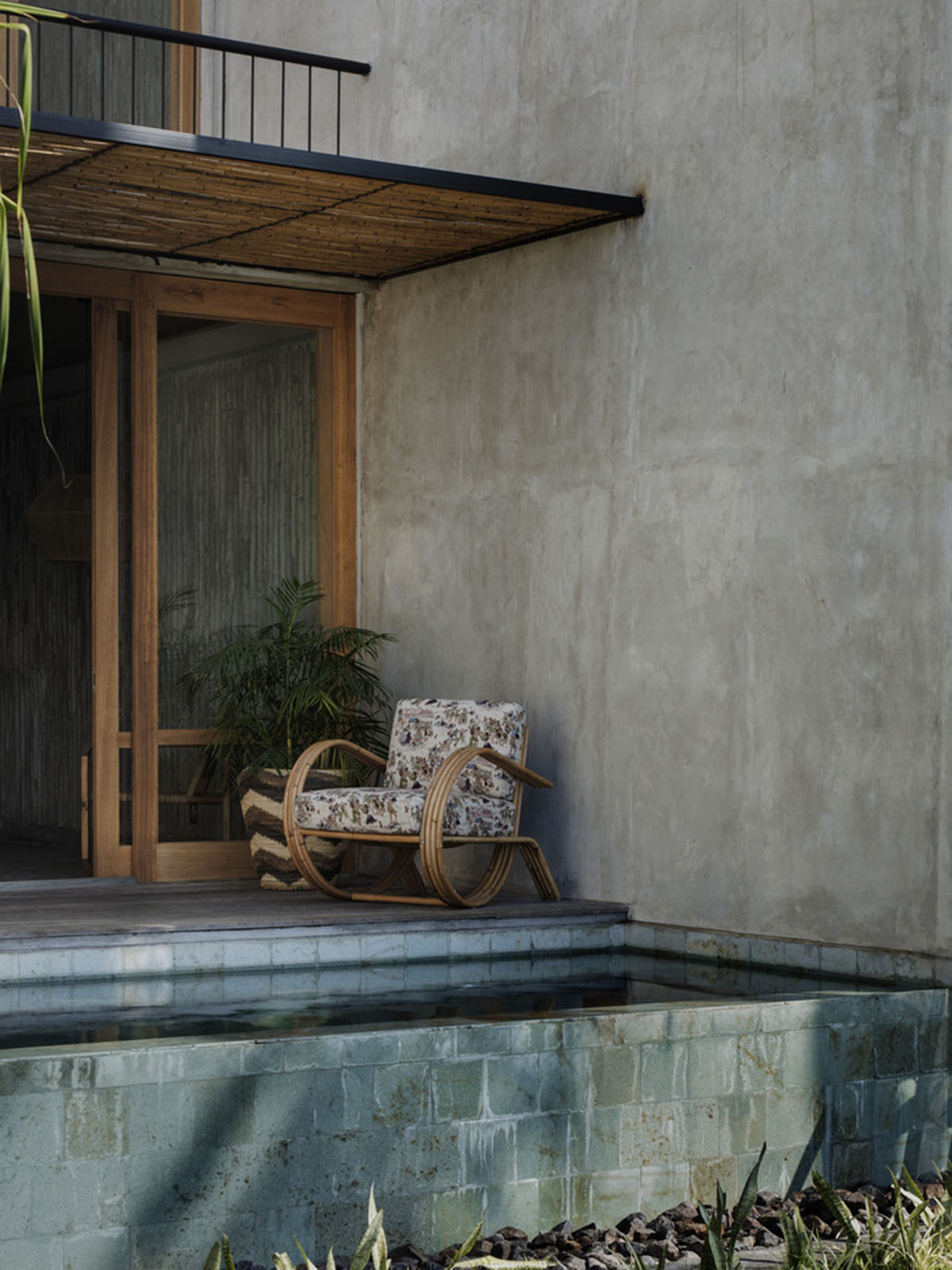 The hotel is partially hidden in the entry sequence but acts as an energising arrival moment in high-contrast to the lush green jungle.

Further, the studio paid attention to the height of the site and the way the water bodies of the pool and the ocean would layer against the horizon. Again, the working strategy for this project is a reward for the intrepid’, and the central pool further serves to consolidate this. 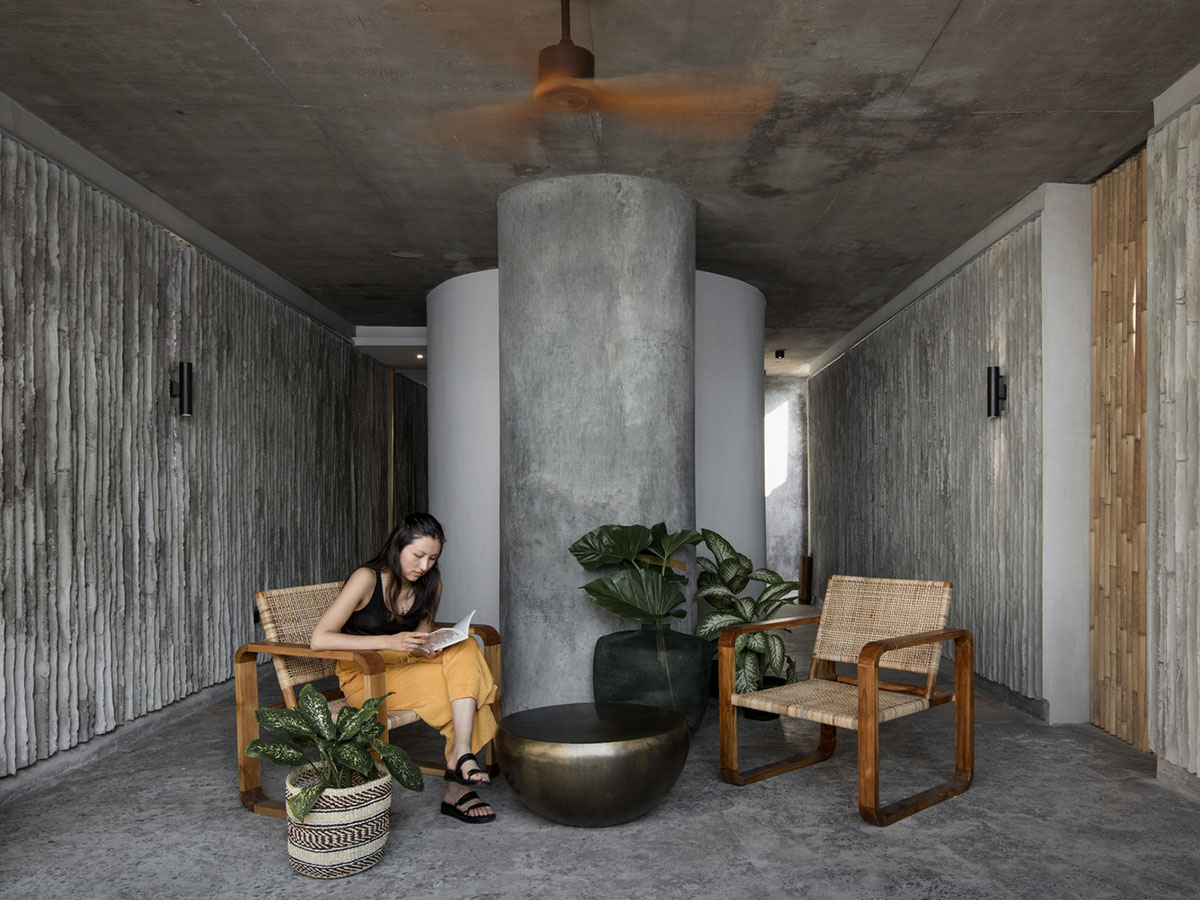 The washing place is hidden in the center of the room with rounded wall. This is a rare moment of slick finish in an otherwise unadorned project. Each space has a light well, connecting the occupant back to the sky from the darkness of this isolated space.

Protected, hidden, and central, this space becomes a welcome surprise, a place of refuge and delight. This is a place for unwinding reconnecting to the self and to nature. 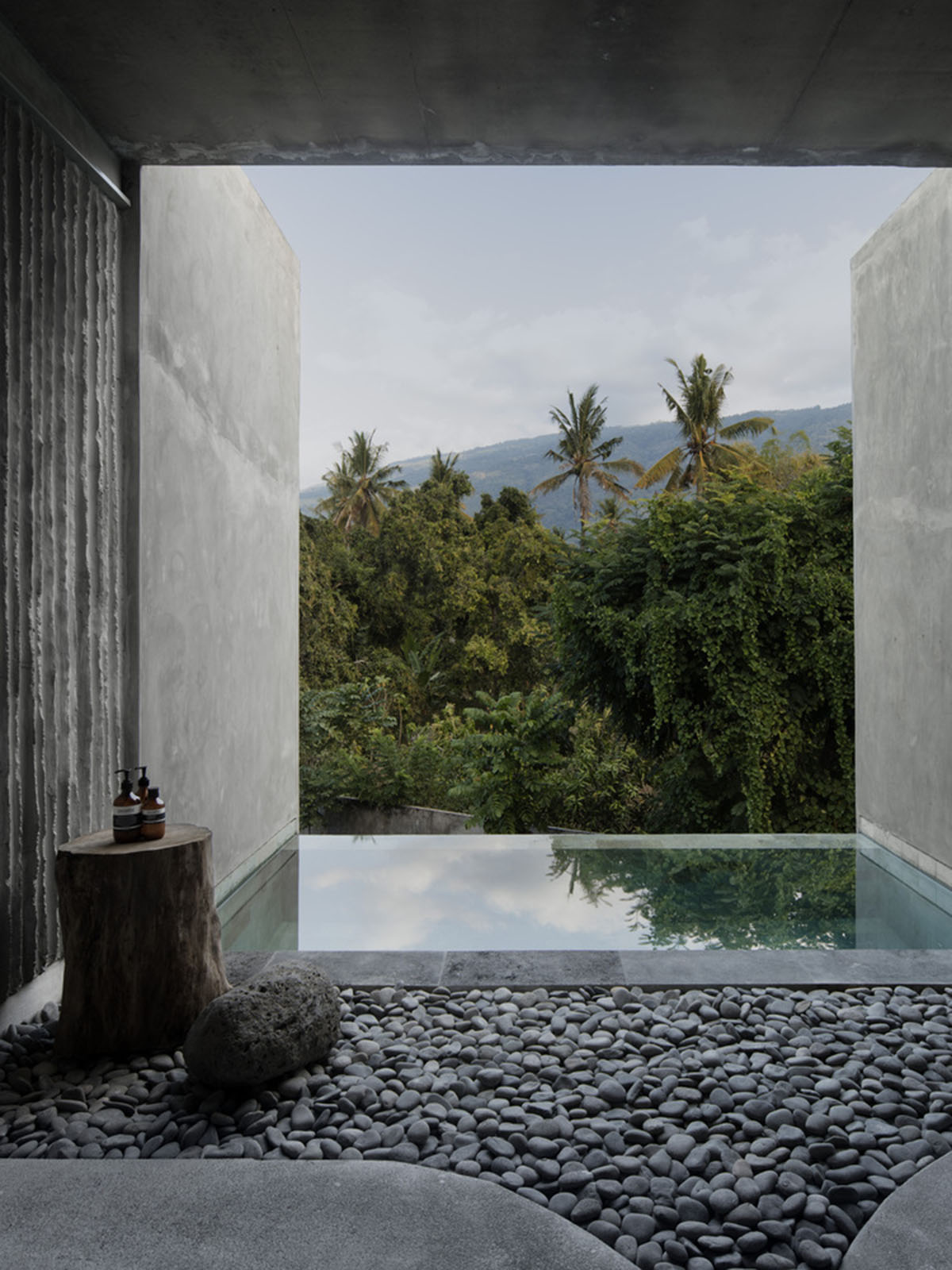 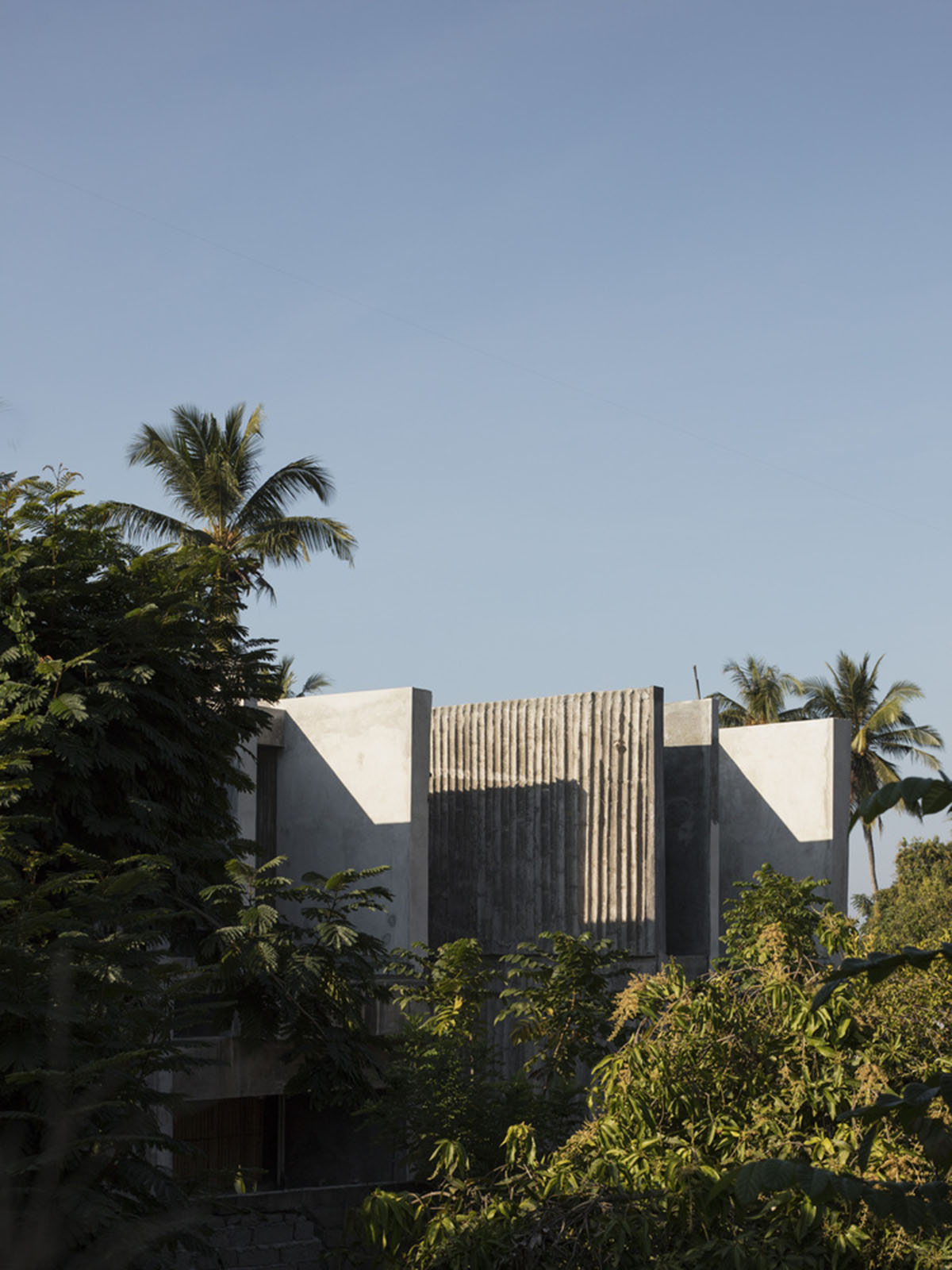 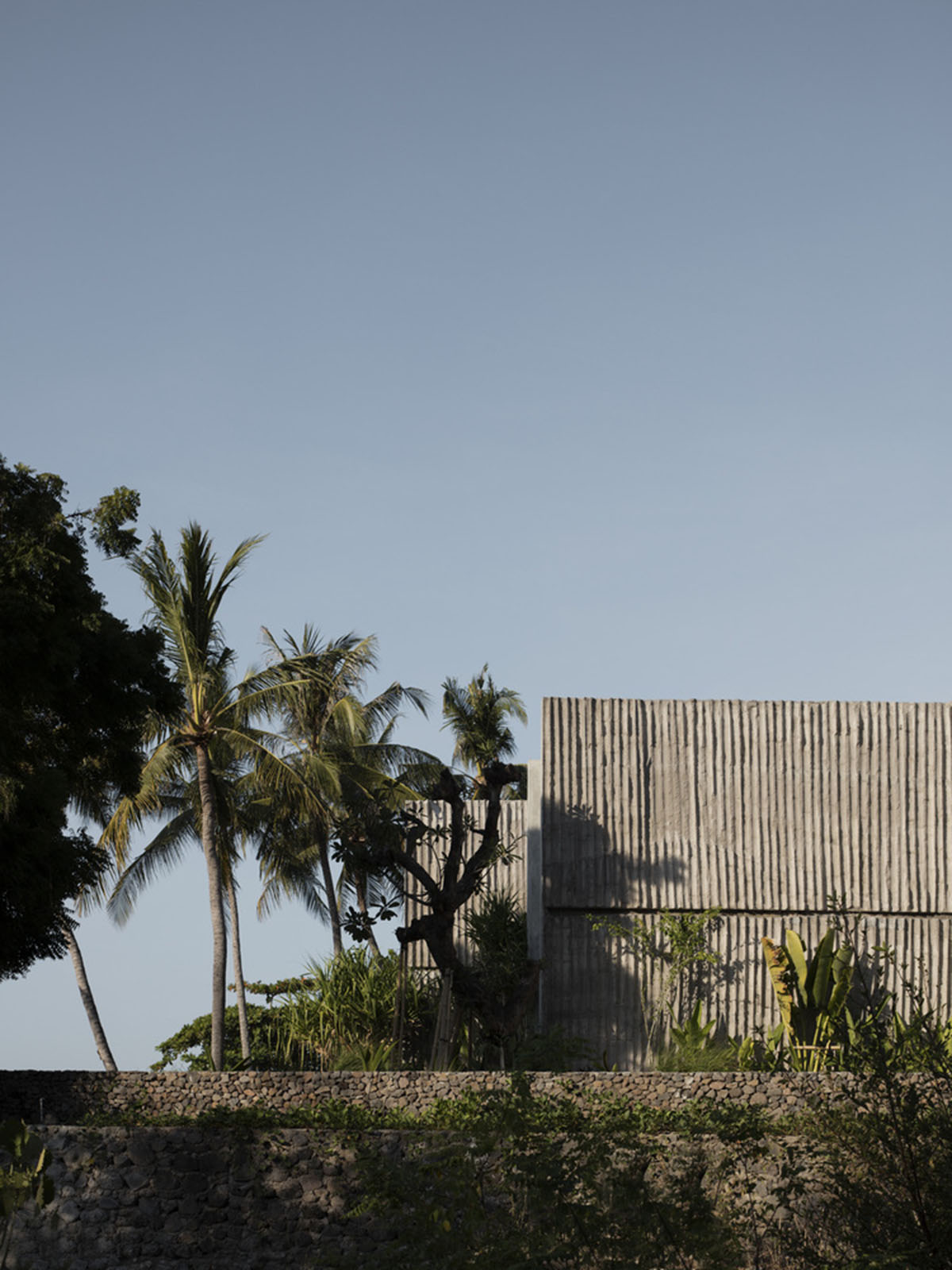 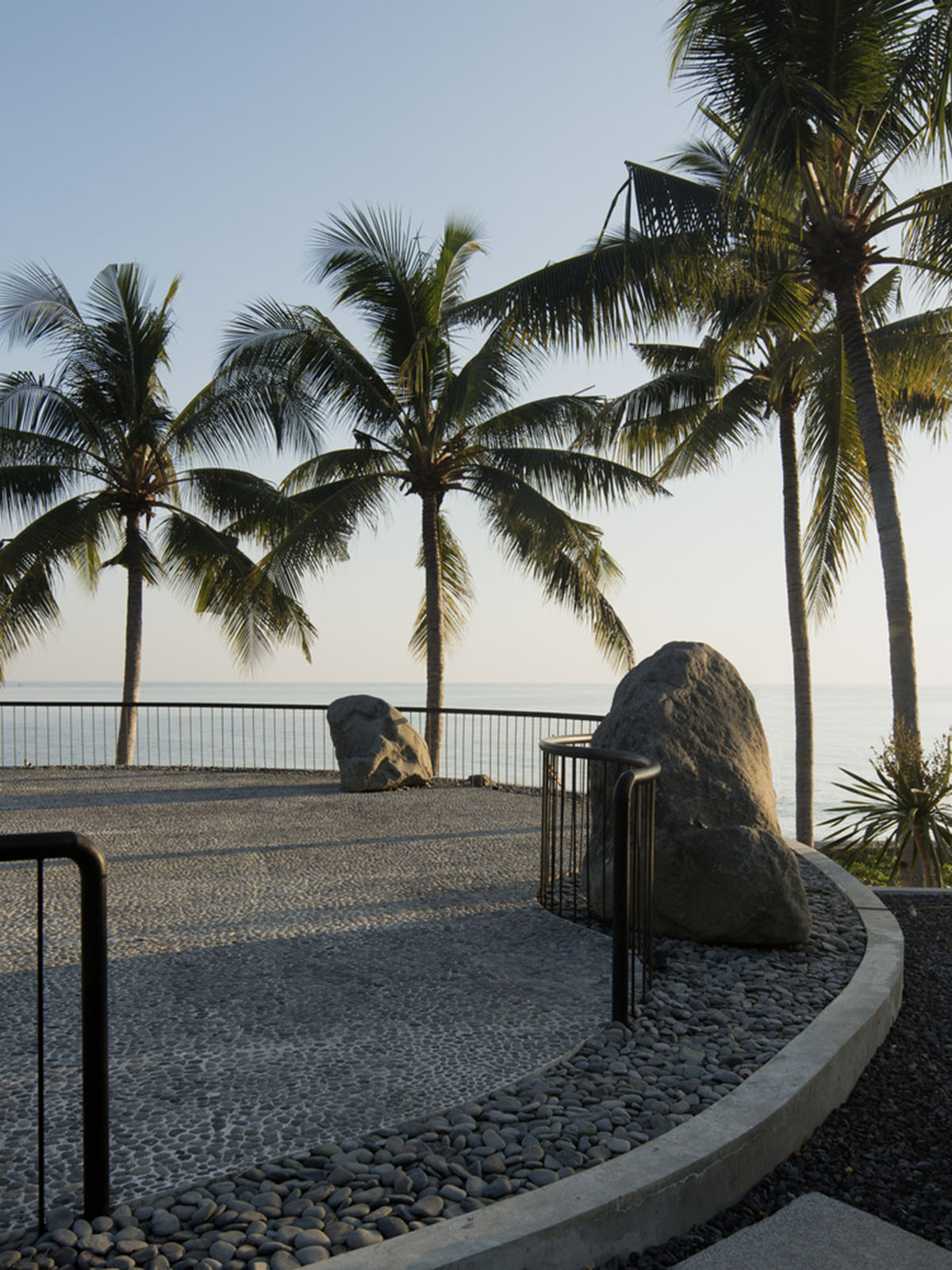 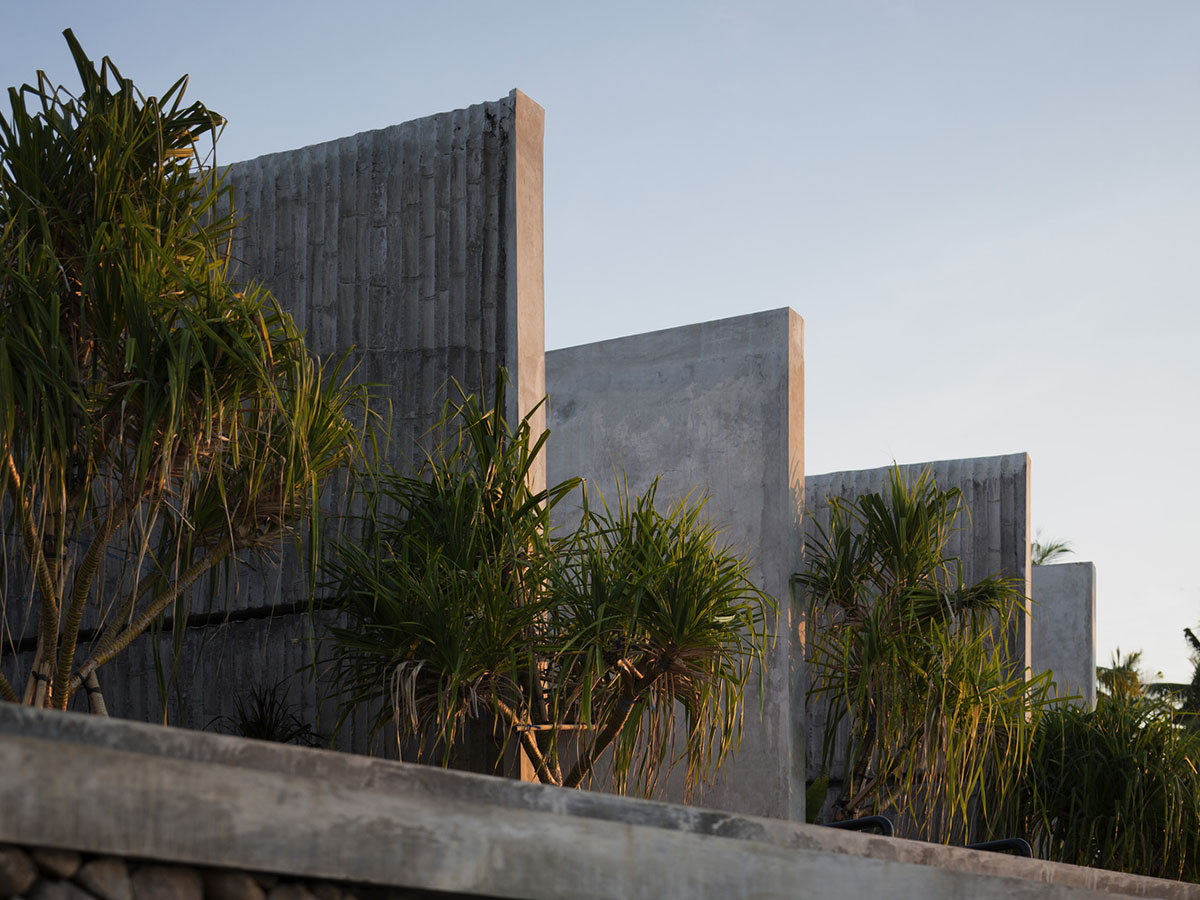 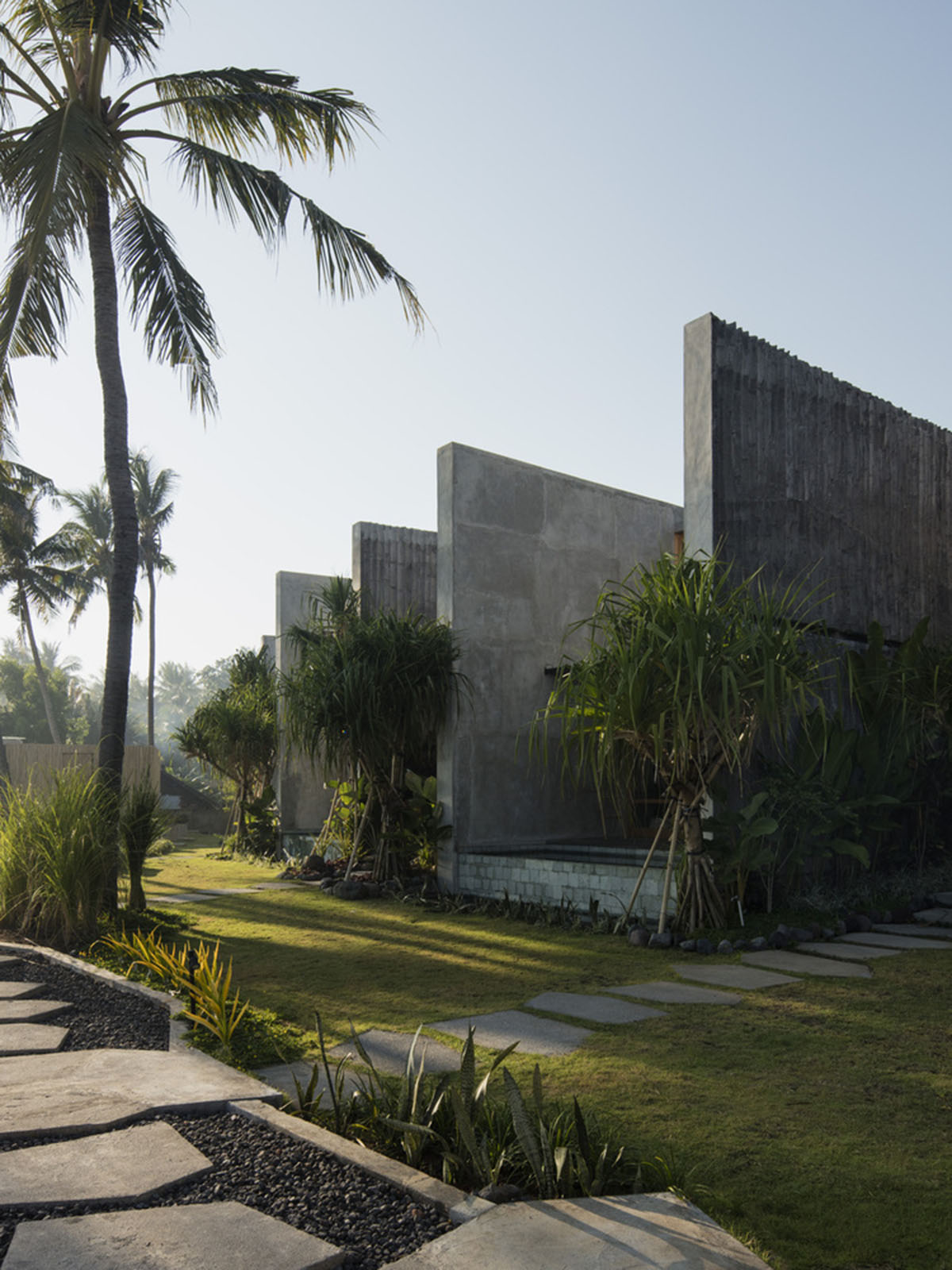 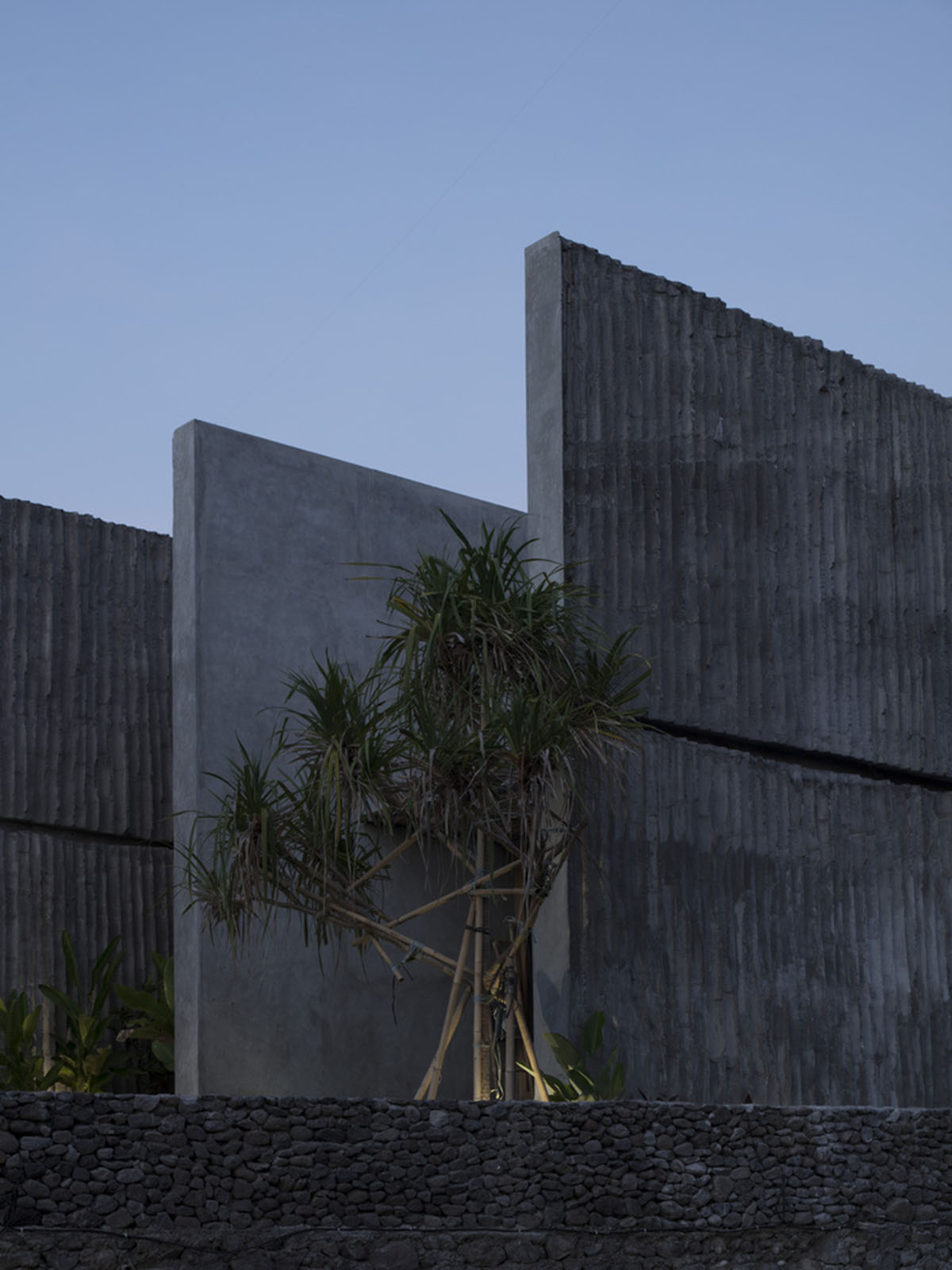 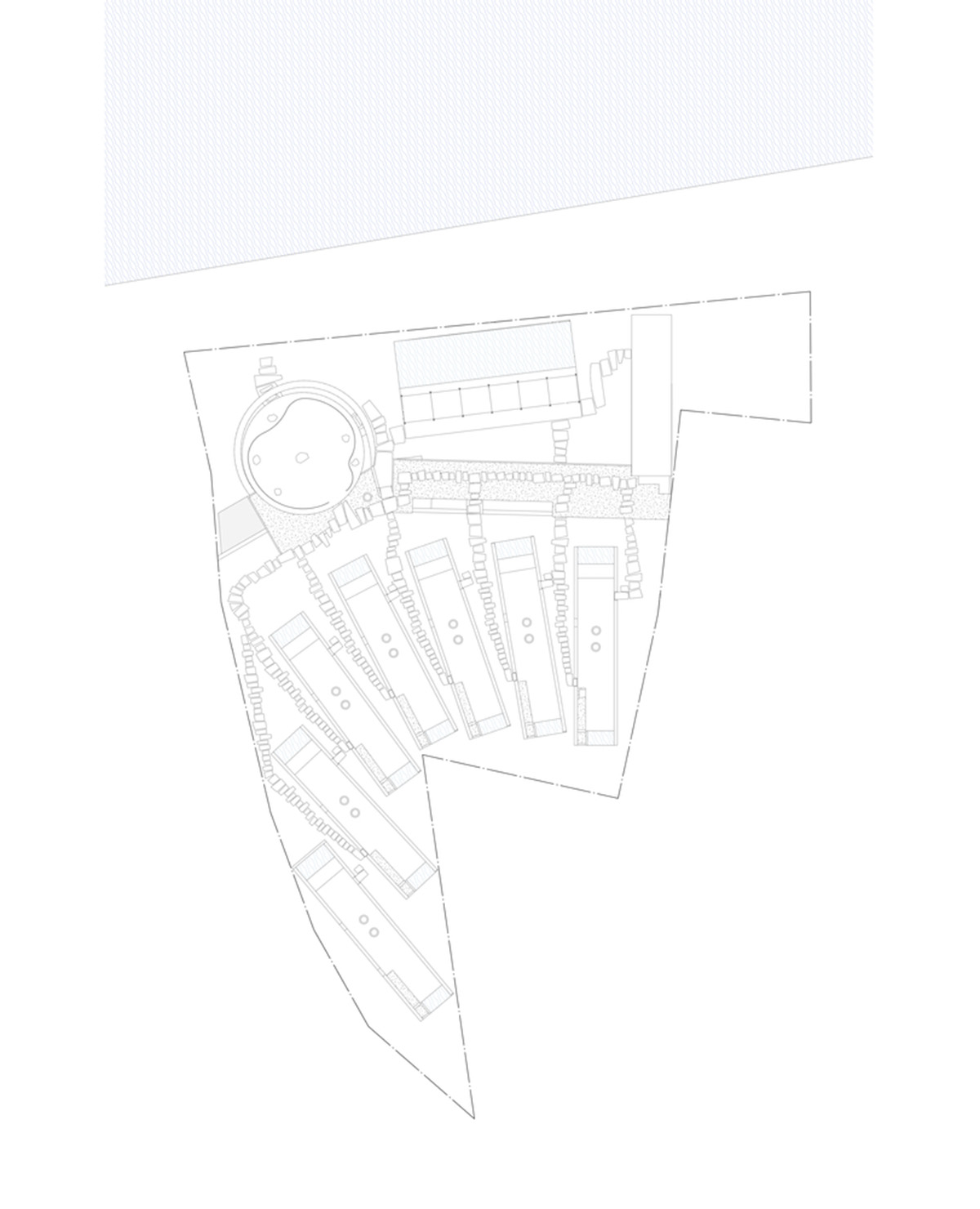 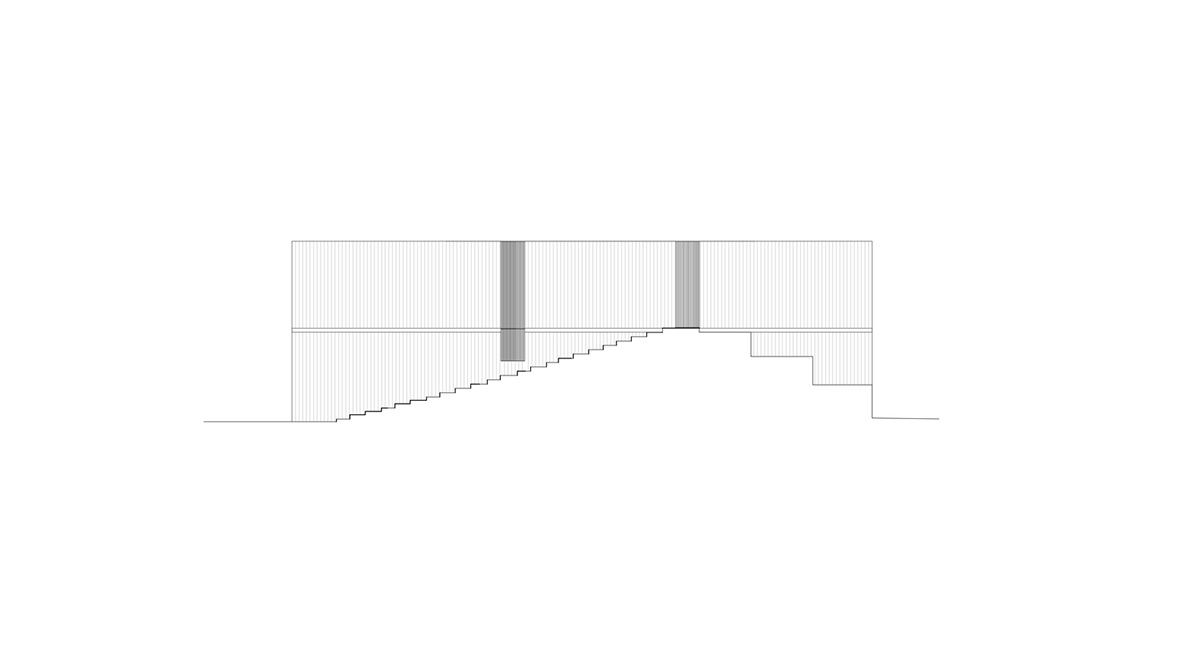