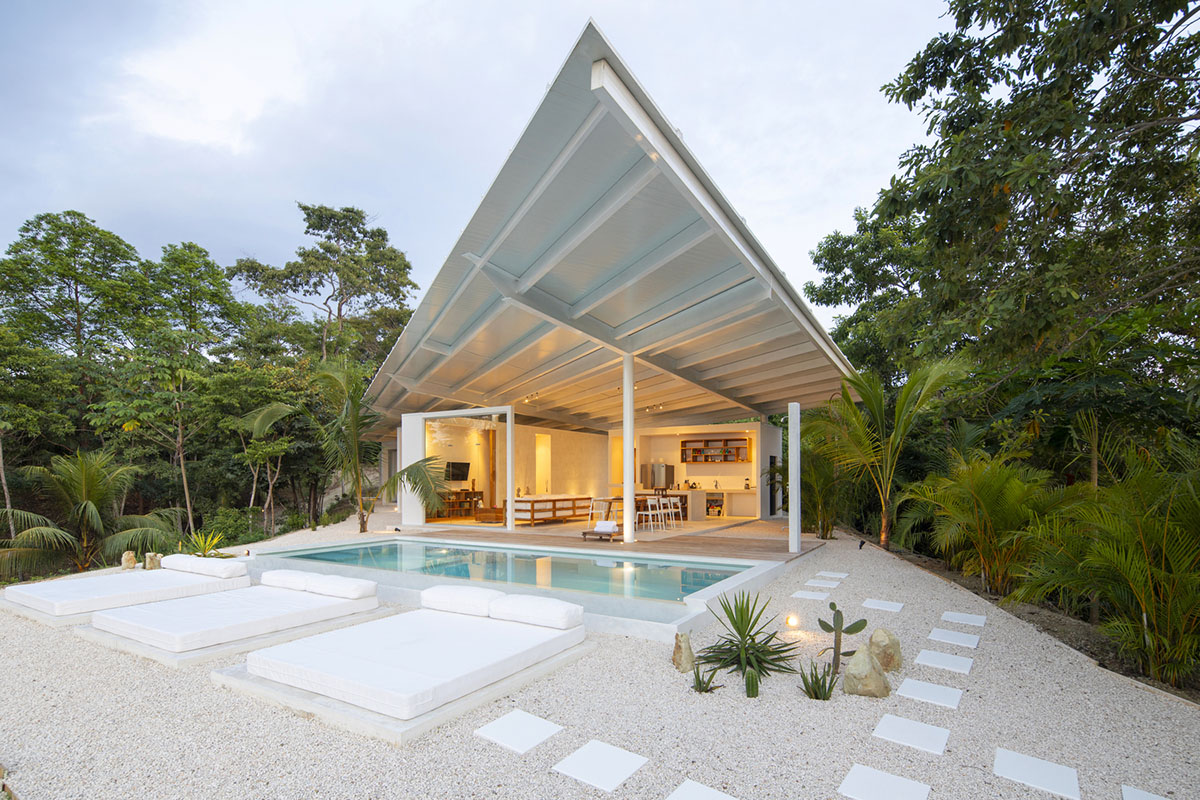 Large angular wing-like roof points out this villa within a Costa Rican jungle, while ensuring privacy with its compact volumes at the backside of the building.

Called Santiago Hills Villa, this is the new breath-taking and low-rise villa that San Jose-based firm Studio Saxe completed in on the hilltops of Santiago in Santa Teresa, Costa Rica. 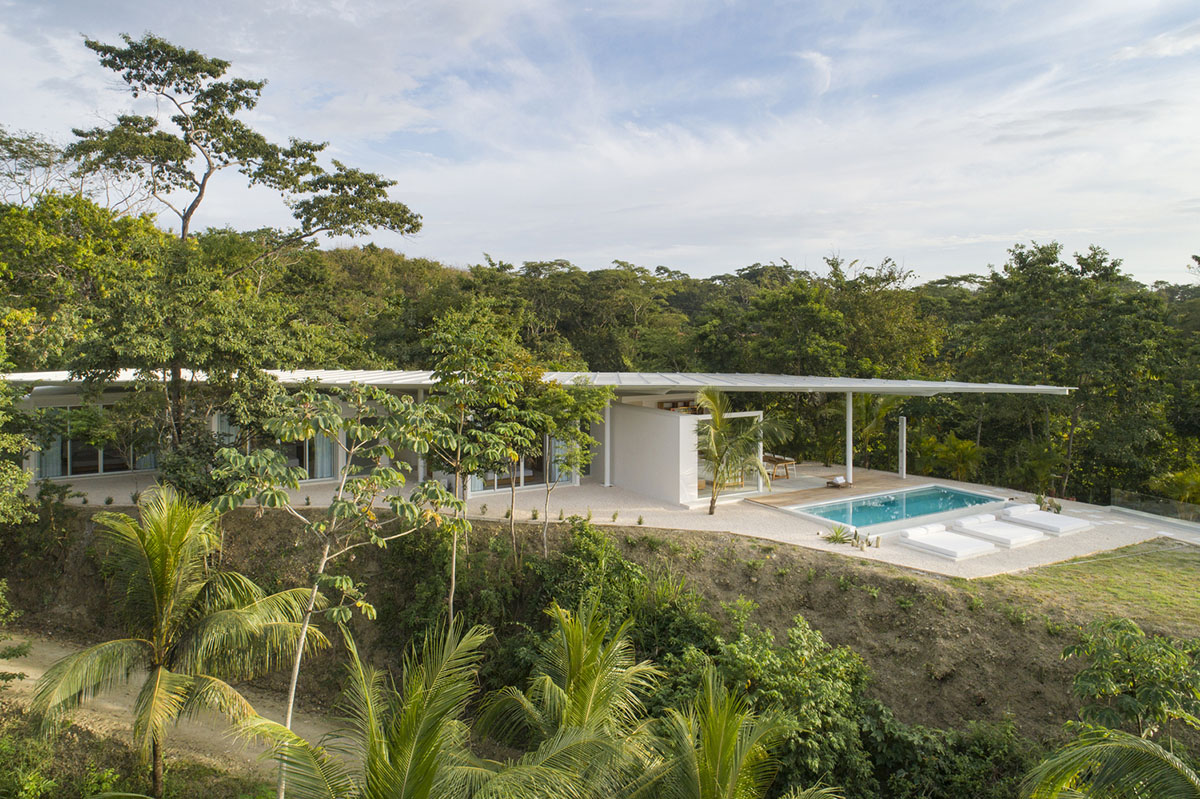 Nestled within a jungle, the roof is the key element of design that covers four all-white volumes attached to other.

"The primary objective was not only to provide dwellers with a connection with its jungle surroundings but also to generate an intimate relationship with an amazing view of the shoreline which brings its dwellers back to a more profound appreciation of the natural world," said Studio Saxe. 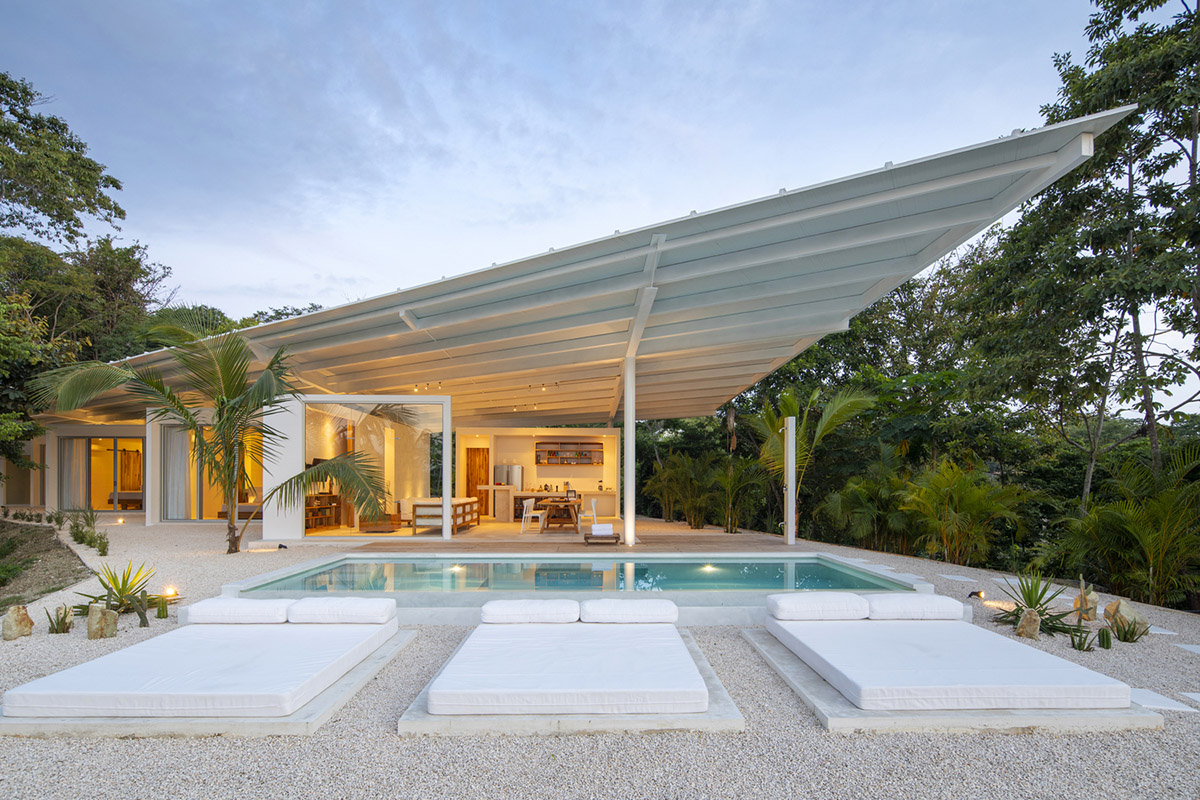 To create an intimate relationship with the nature, Studio Saxe decided to create a large roof that would house within a series of bedrooms and living spaces that would all be turned sideways in order to face the prominent views.

Through interstitial spaces within the living volumes, these spaces create gaps that enhance a deeper connection to the natural surroundings whilst moving about the dwelling. 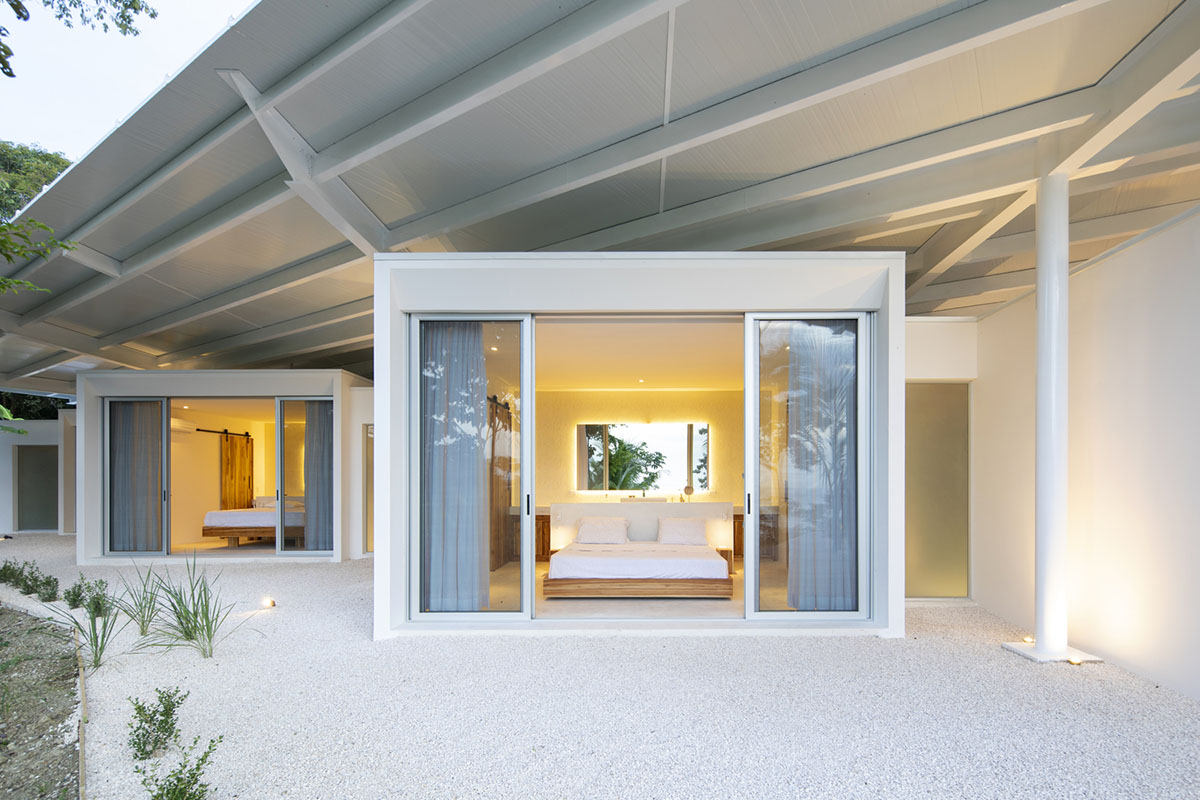 "Every space in the home has been angled to view the ocean, and this twist creates a geometric relationship between the roofline and the spaces that became the primary element of design that both addresses the need for large overhangs (for climate control and comfort) but also generates a literal connection between the view and every space," added the studio.

"This white house in the jungle acts as a canvas so that morning and sunset light reflect on its surfaces creating an array of colors that vary throughout the day." 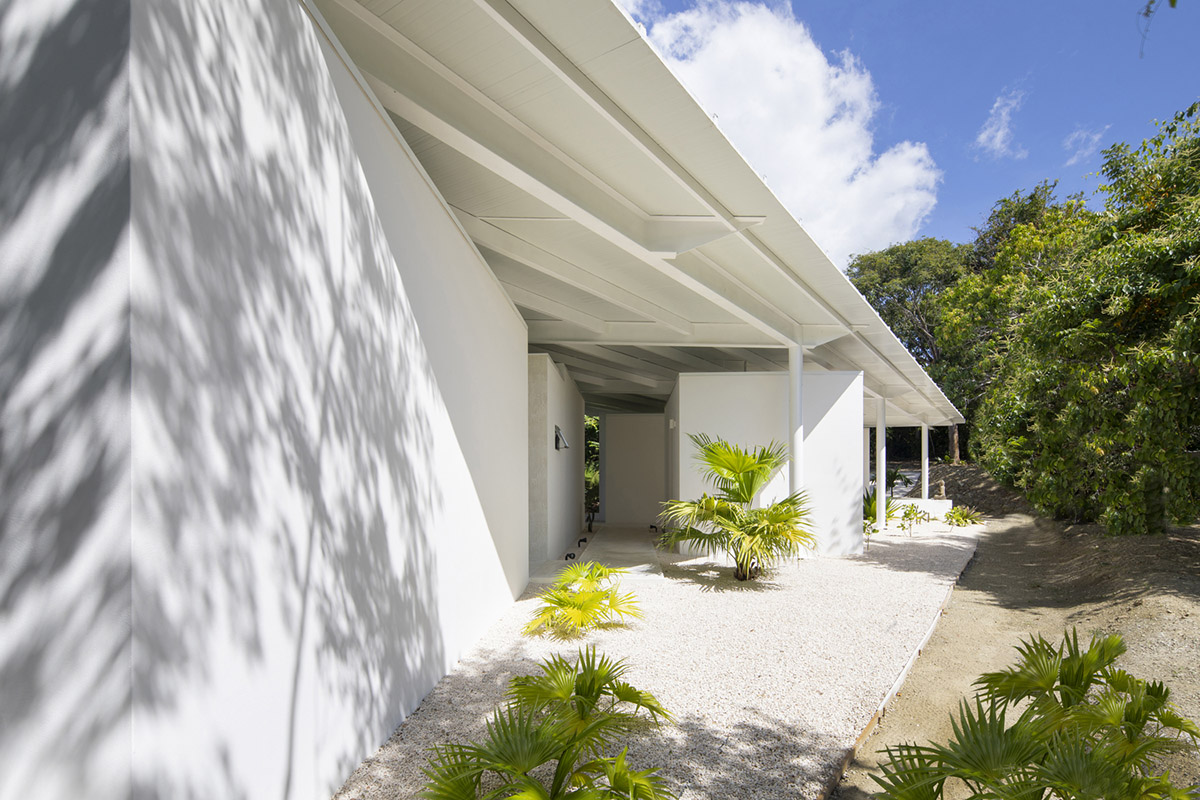 The angled surfaces also allow for the reflection of shadows and the textures of nature to play within the interstitial spaces that exist between the living spaces.

Studio Saxe, best known for its sustainable designs combined with handcrafted techniques, implemented an easy way for the construction of the villa due to the remoteness of the location and difficult access. 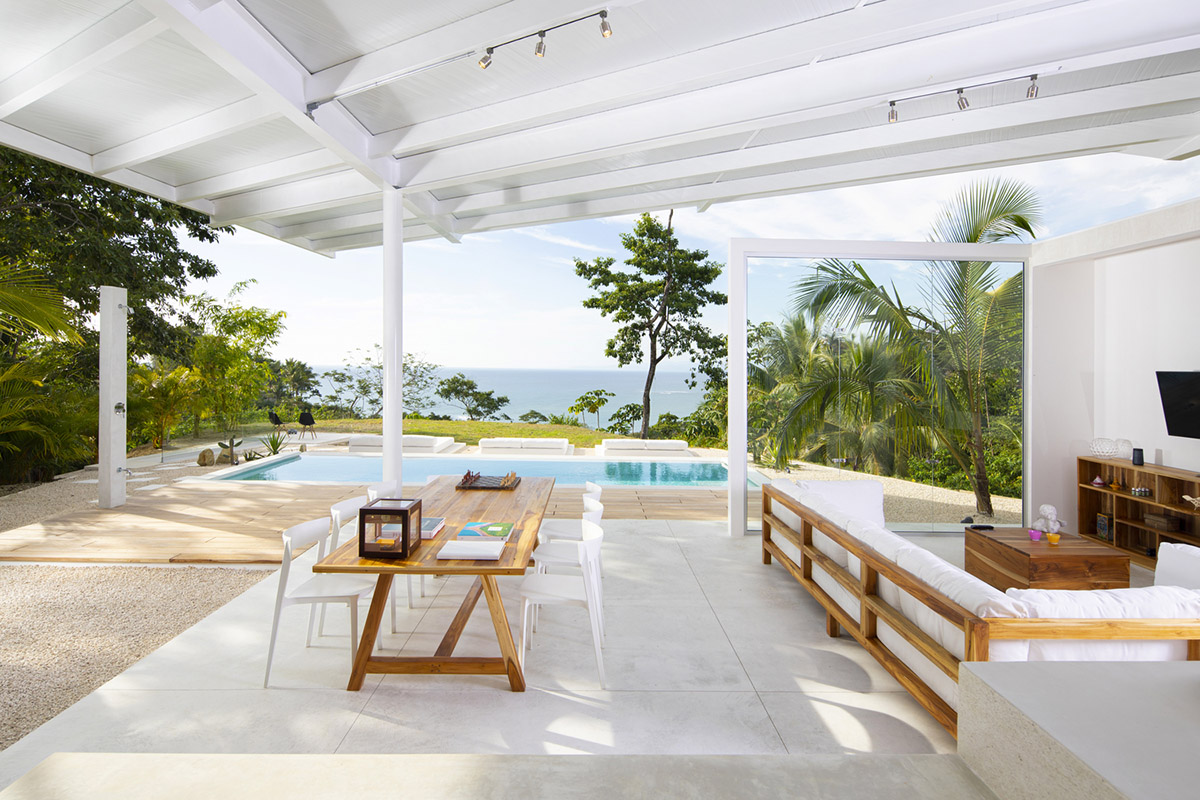 The architects decided to create a light steel frame that could be prefabricated off-site, brought, and assembled in a fast and effective way. 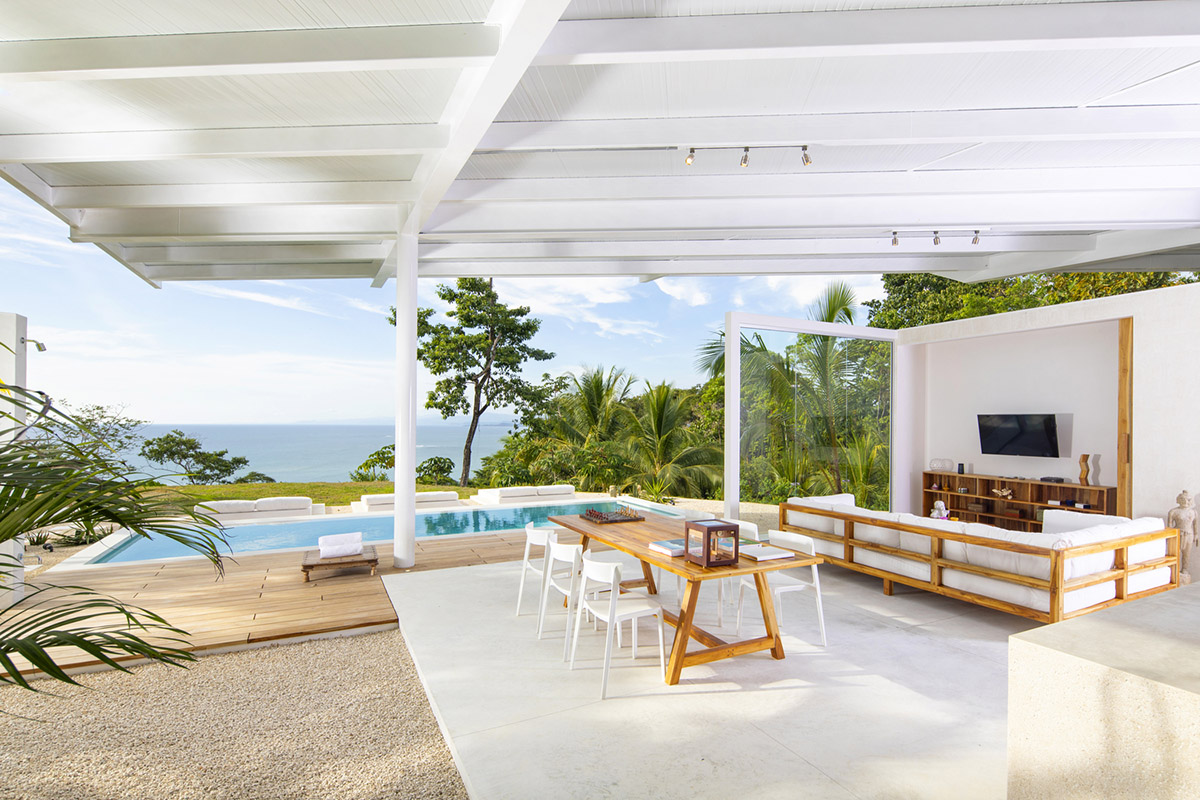 "This not only ensured the quality of the construction in a very remote location, but it also allowed the process of construction to be very light touch and the intervention on the site to be very minimal while creating the sensation of large open spaces that bring the view in and at the same time are protected by a large roof held by steel “I” beams," added the firm.

"At Studio Saxe we believe that proper design with nature should be the first focus of sustainability and thus, this villa has been oriented properly to take advantage of predominant winds for cooling." 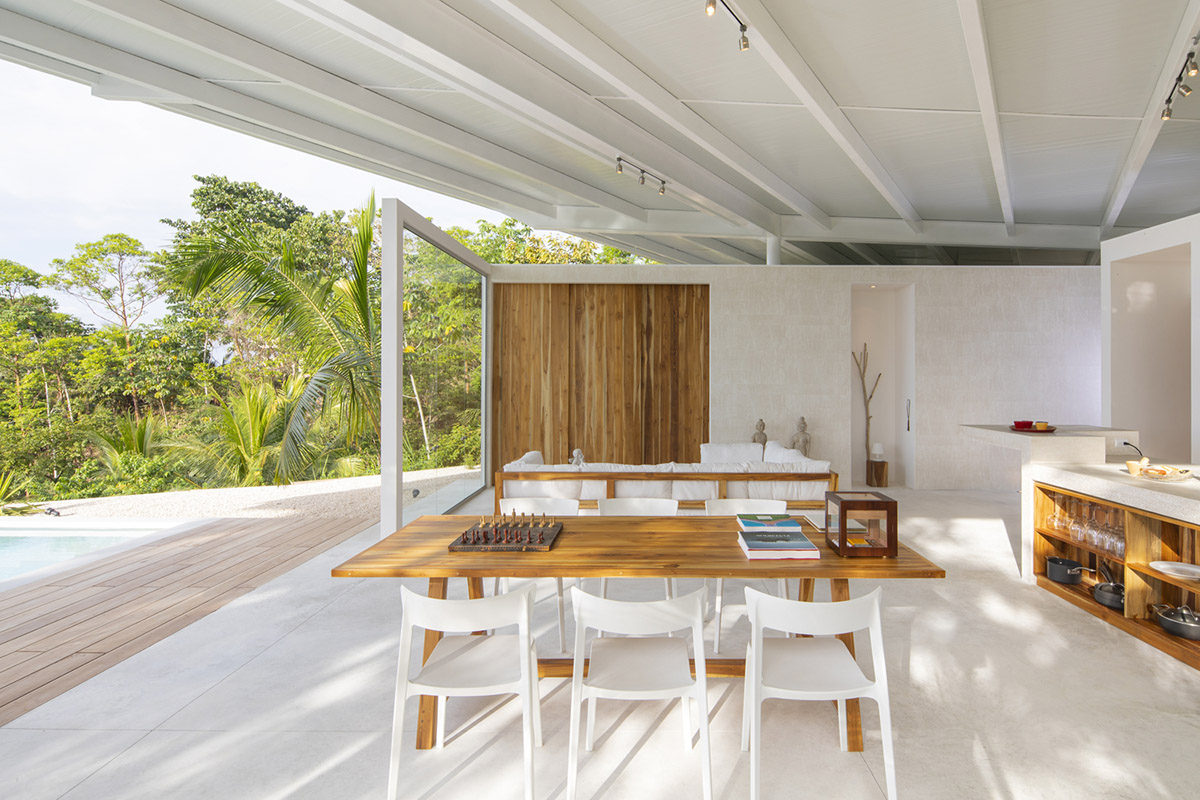 "Also, long overhangs protect from the sun and the rain in the most critical parts of the day creating comfort without the use of energy."

By using a light touch construction method, the architects were able to reduce the impact of the building to minimal on the site during the implementation of the villa. The extended roofline was also designed to collect water and serve for energy generation. 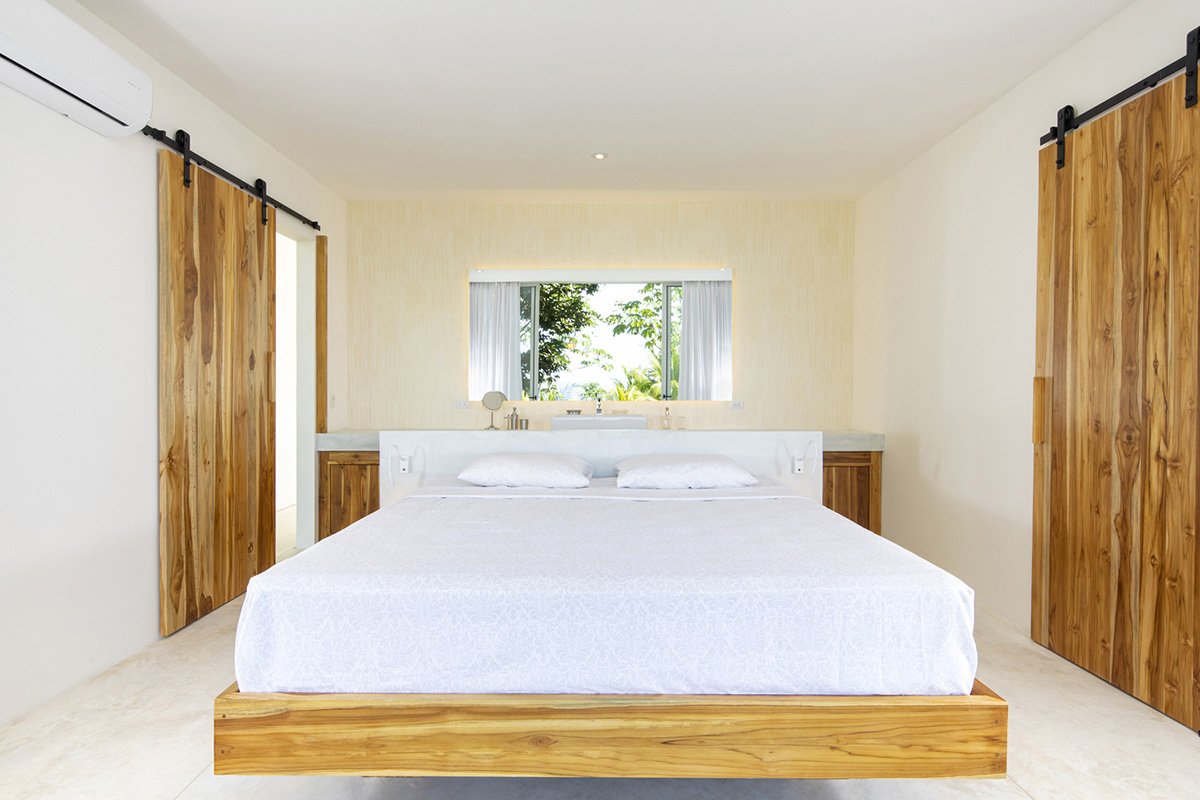 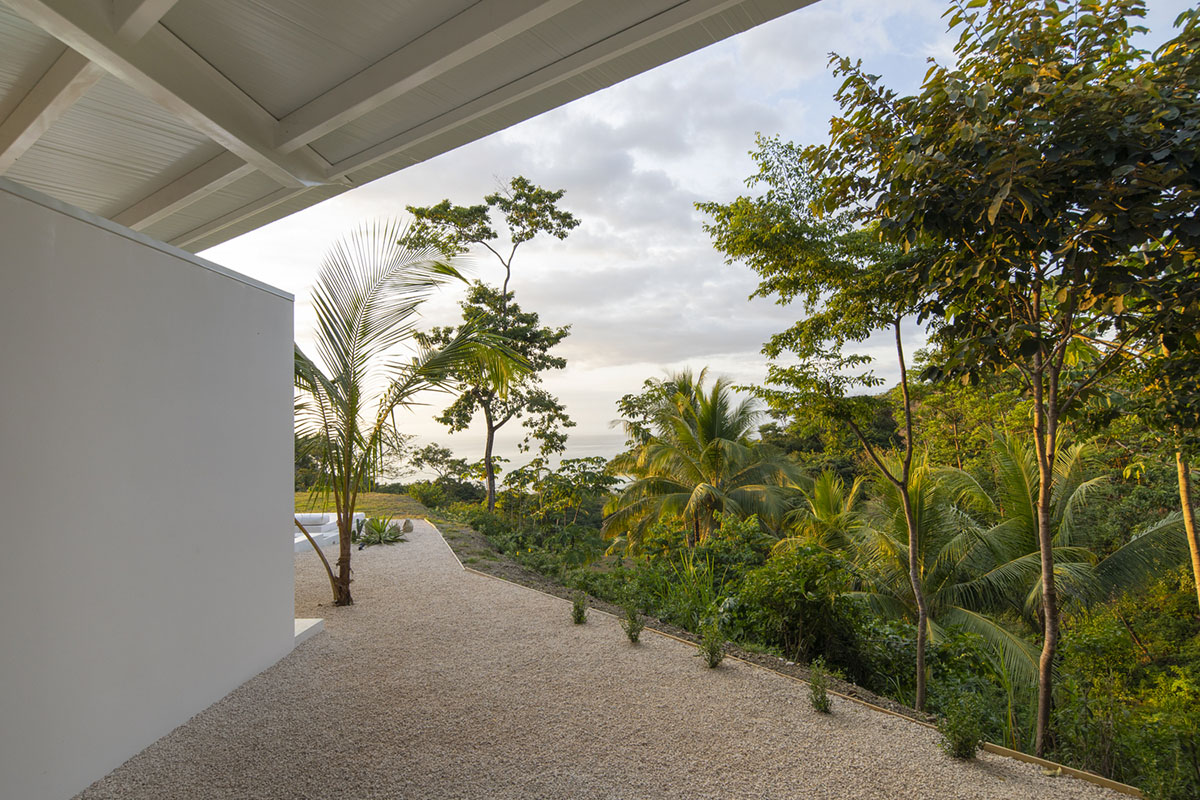 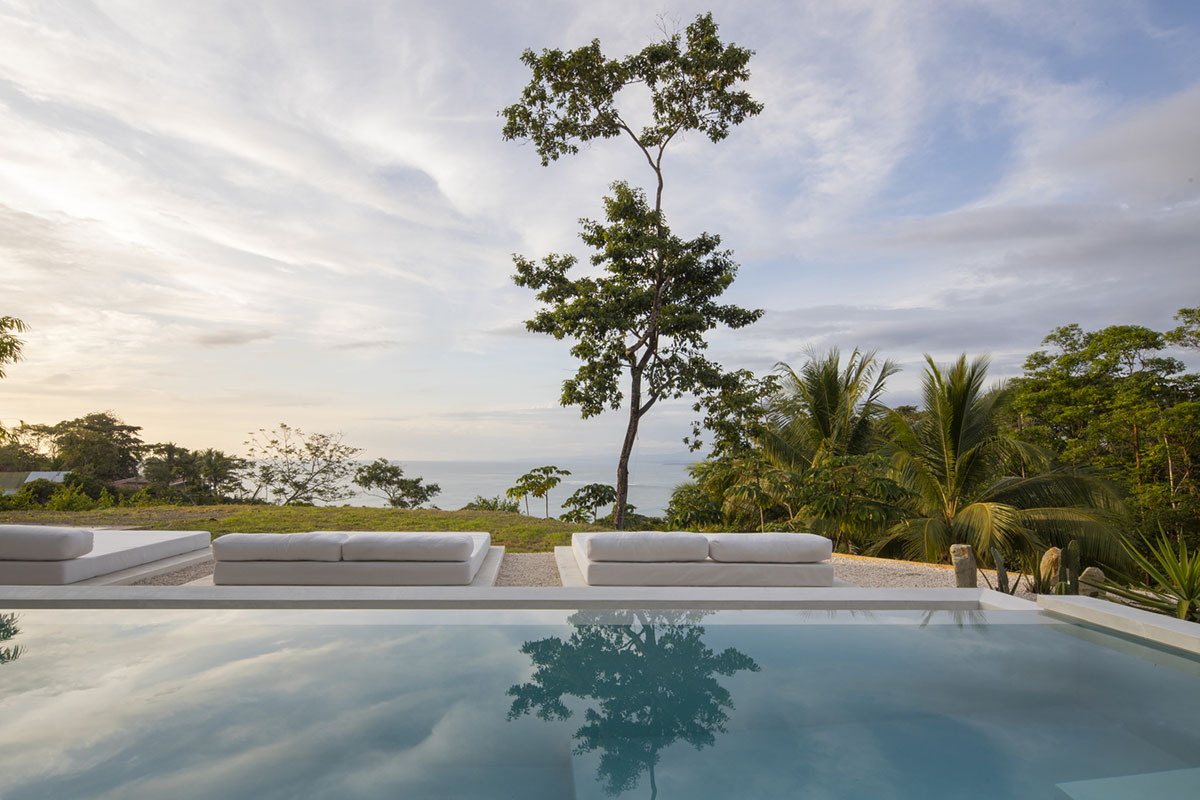 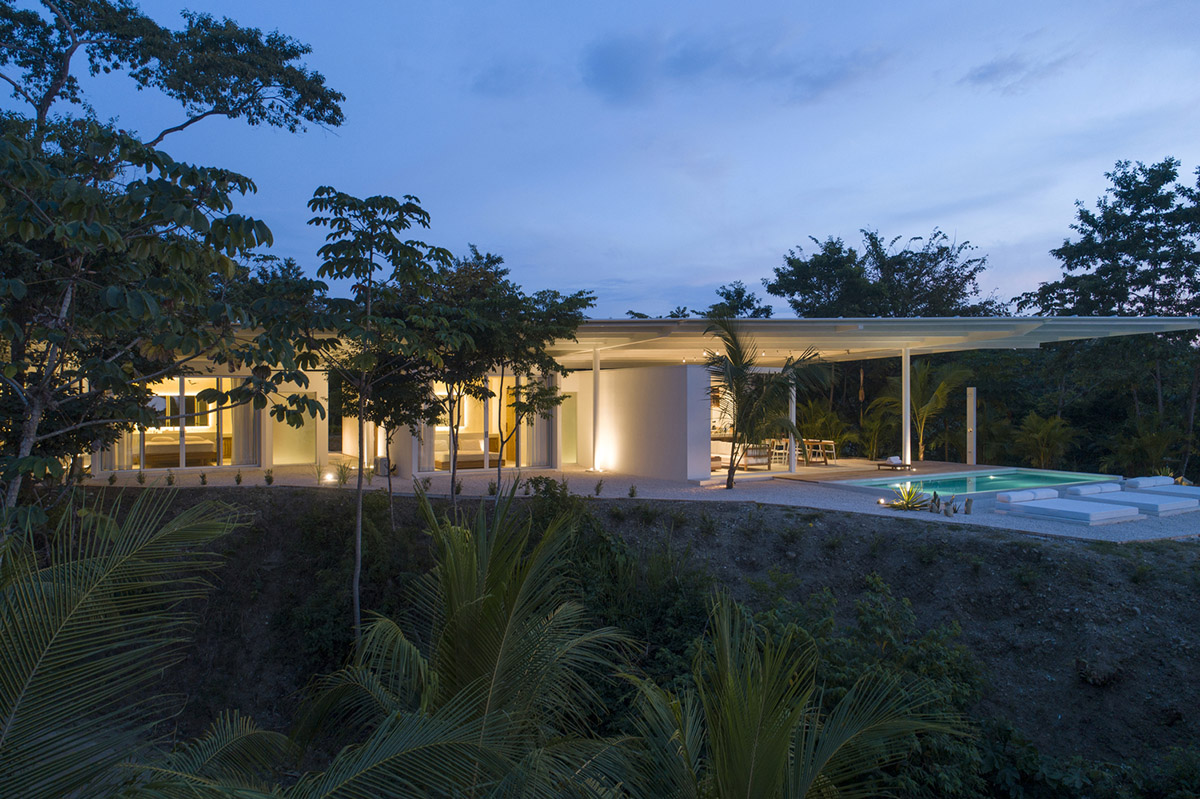 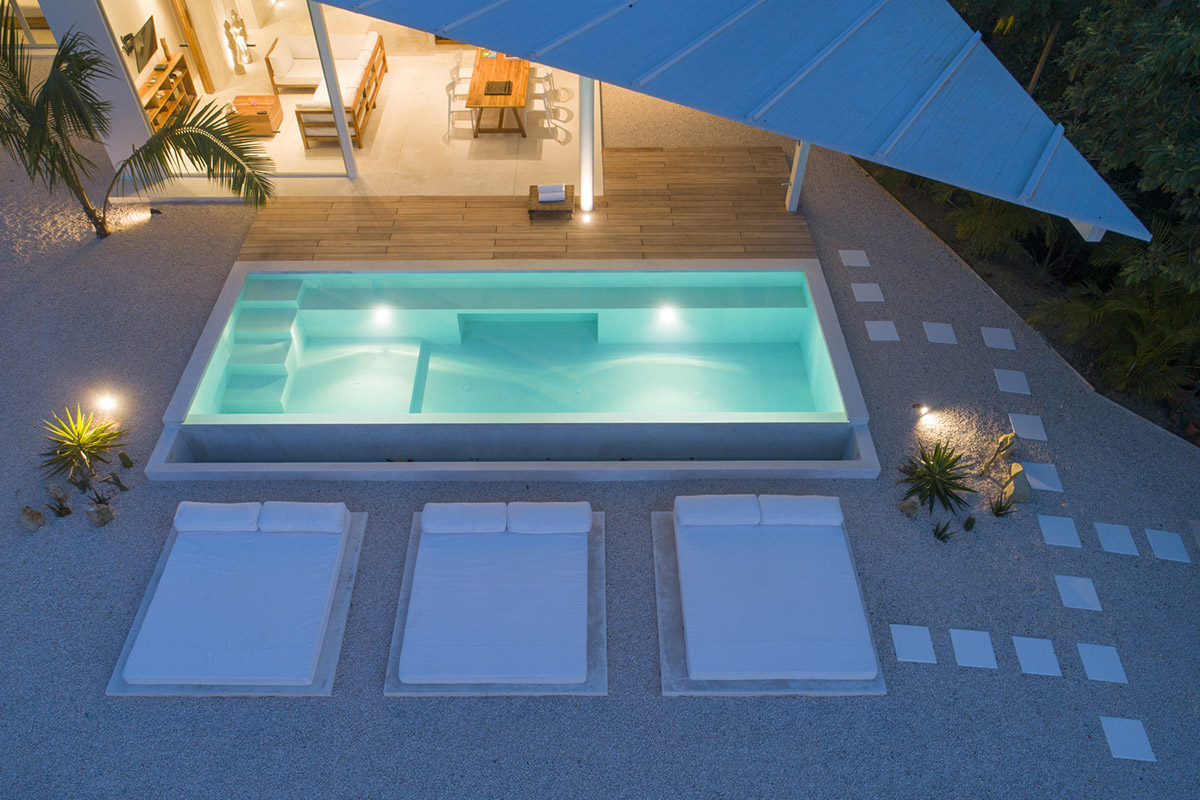 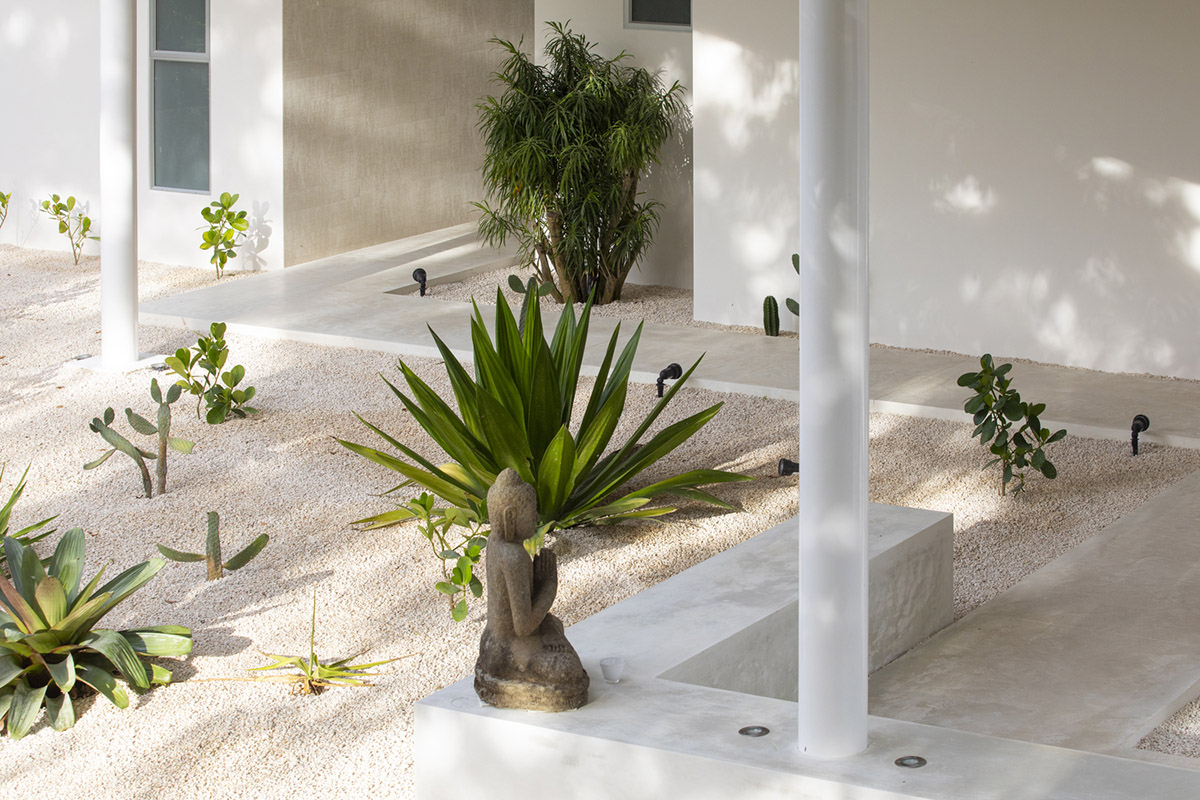 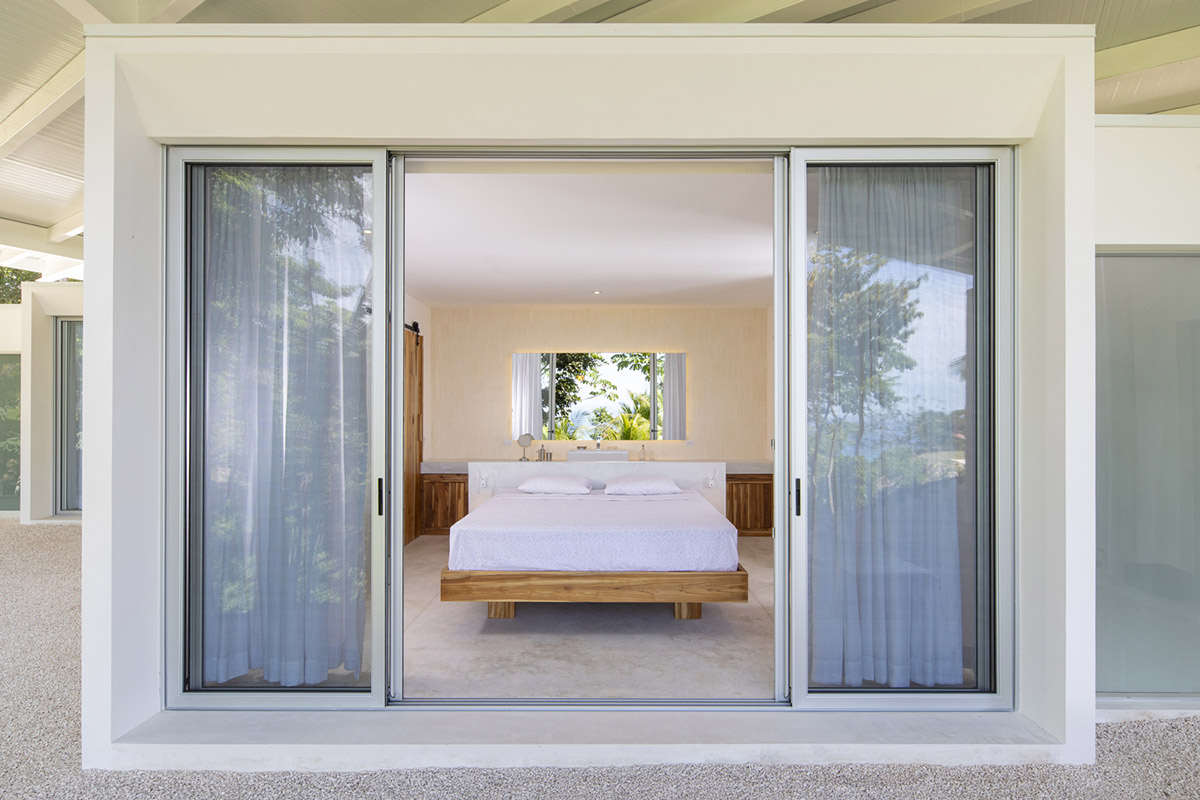 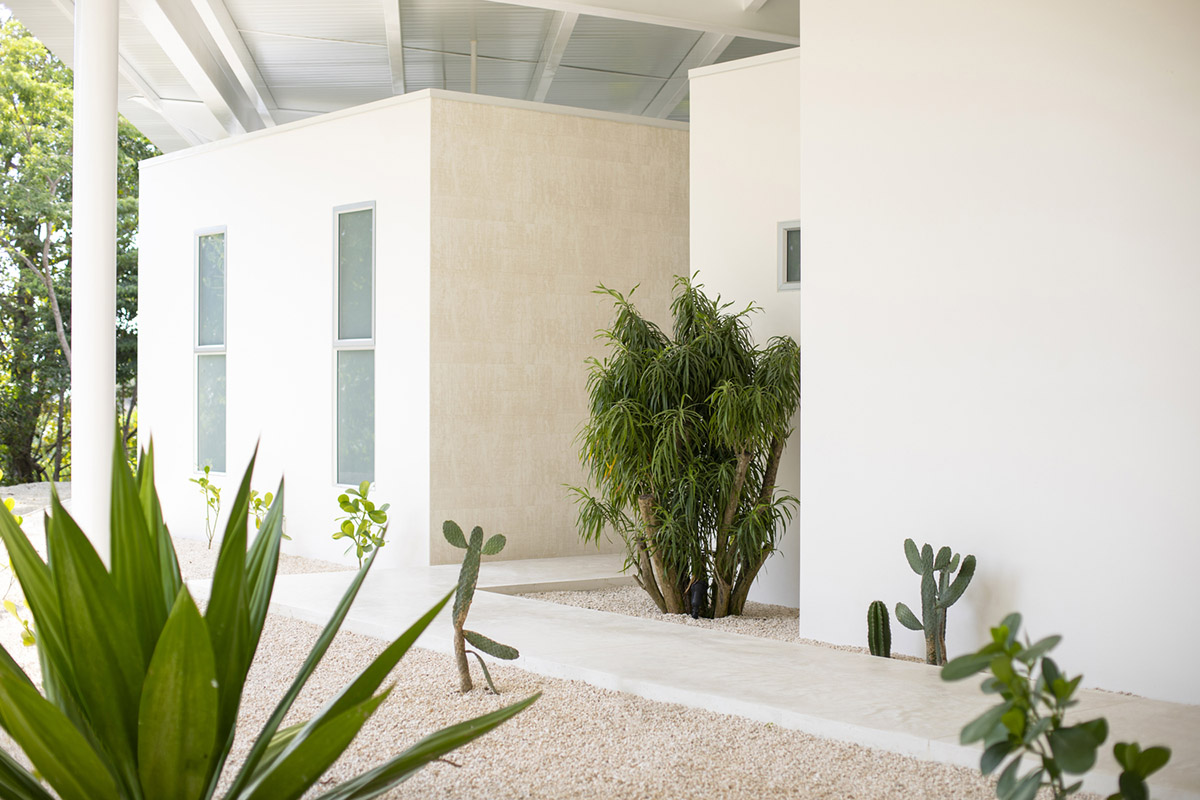 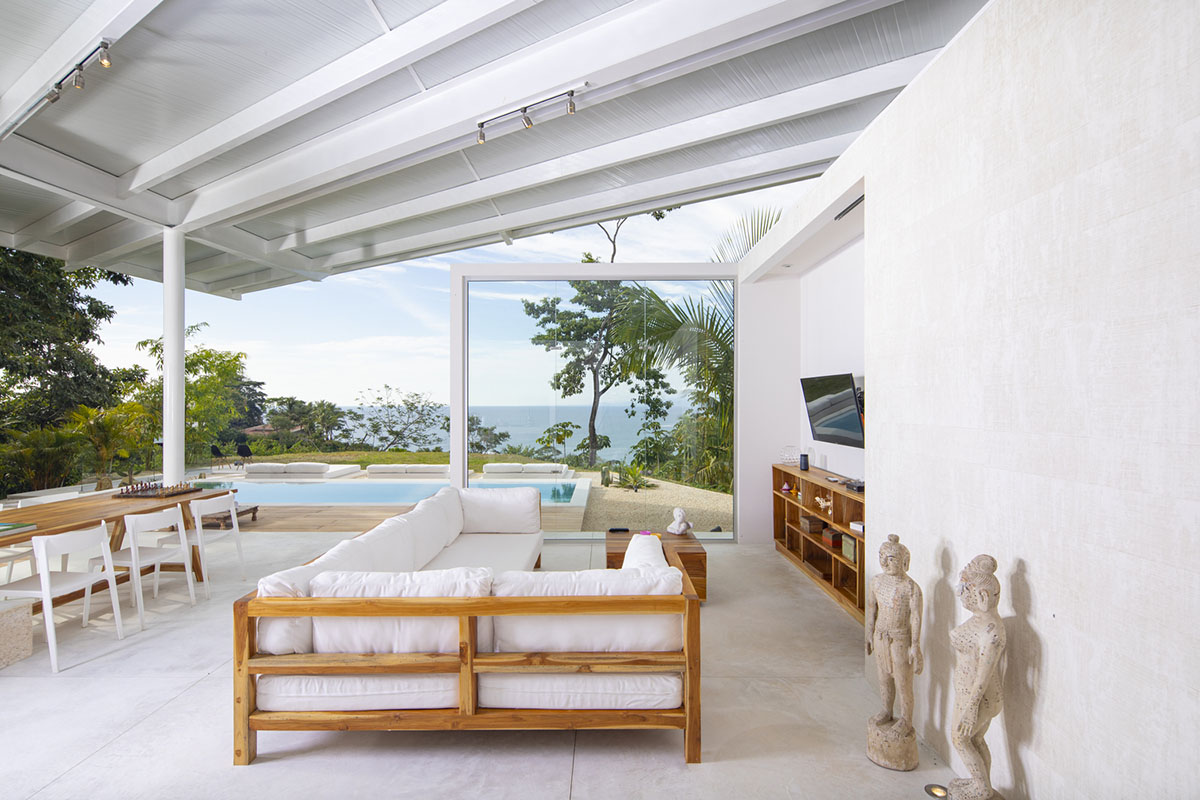 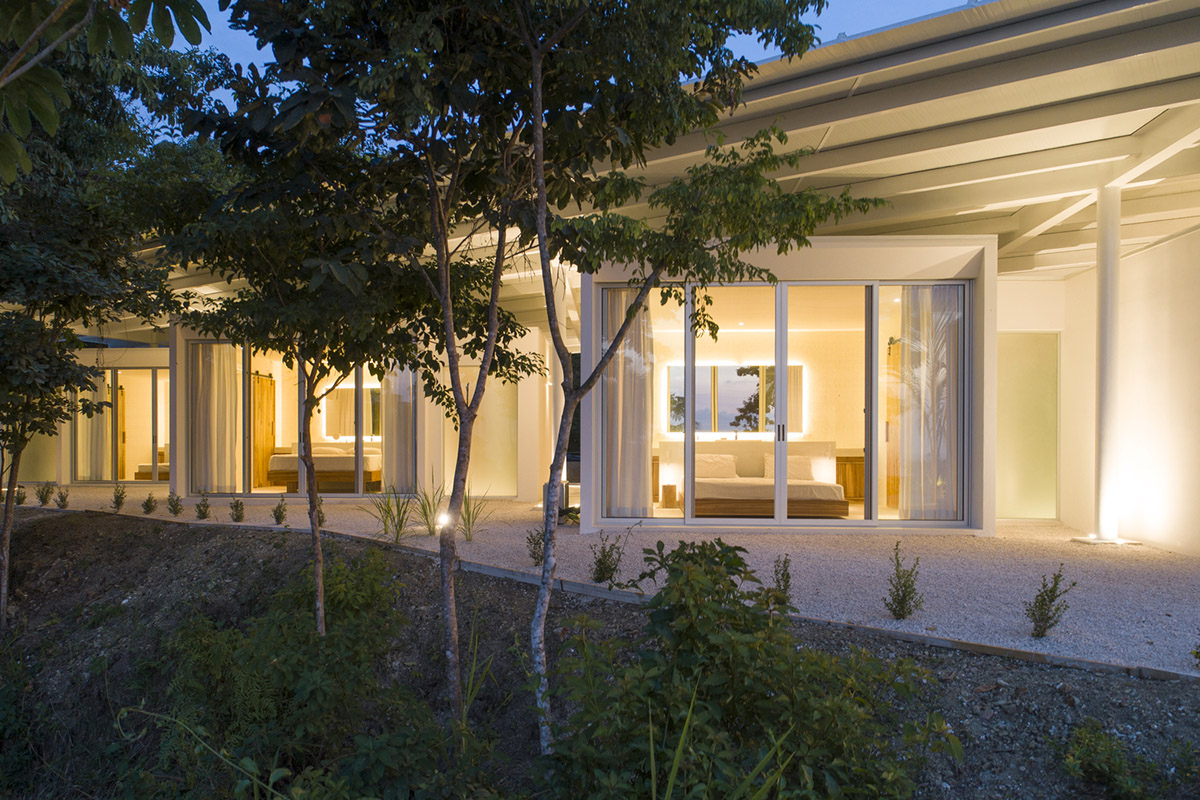 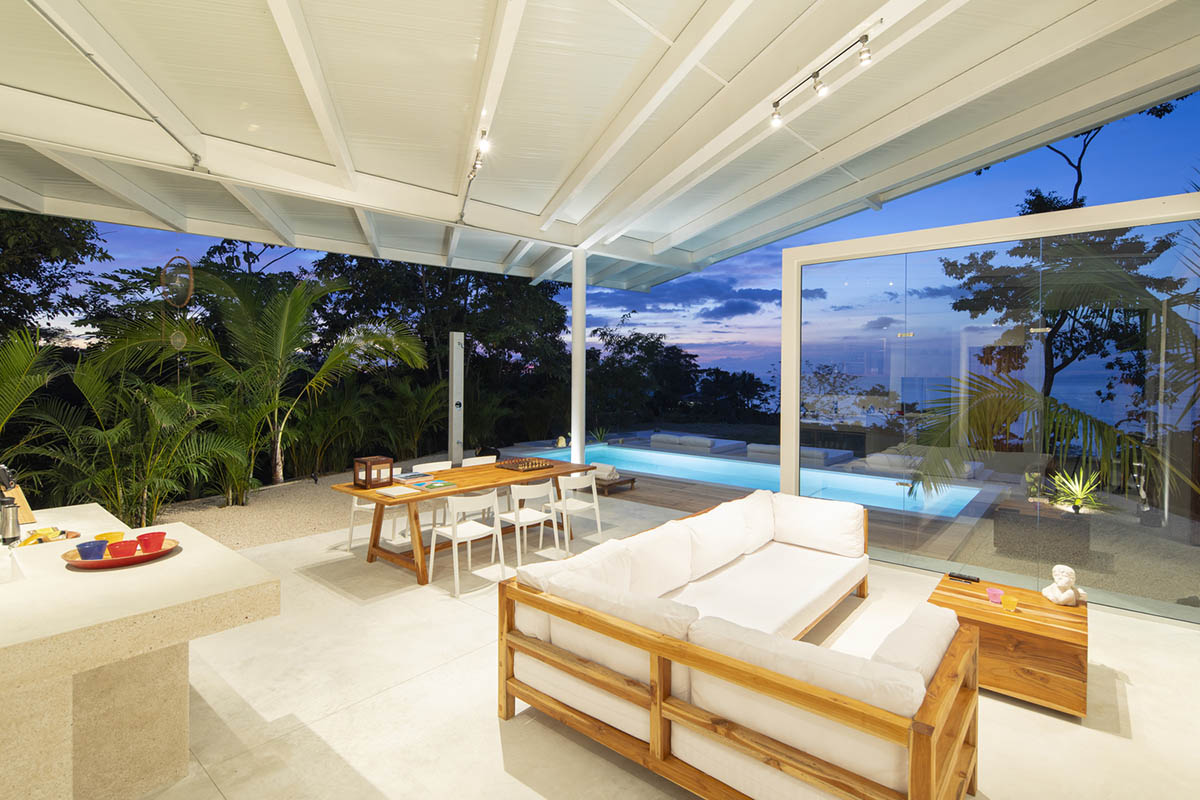 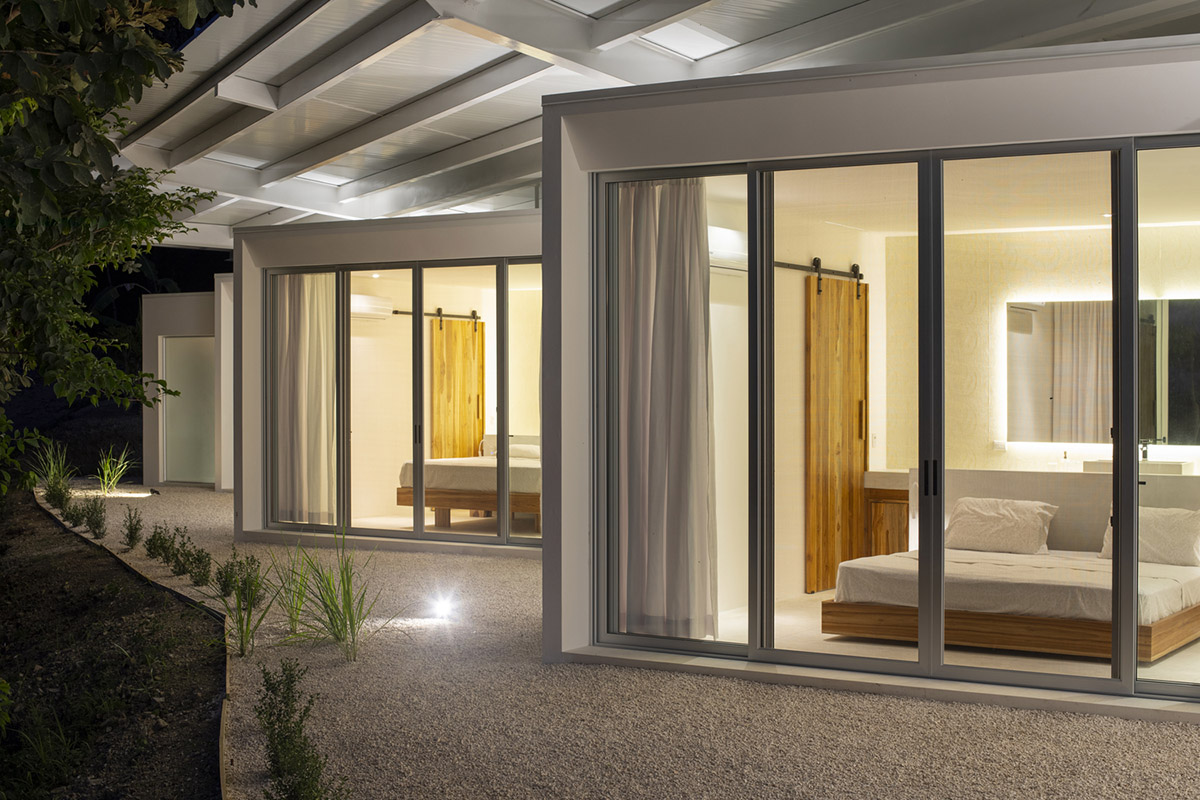 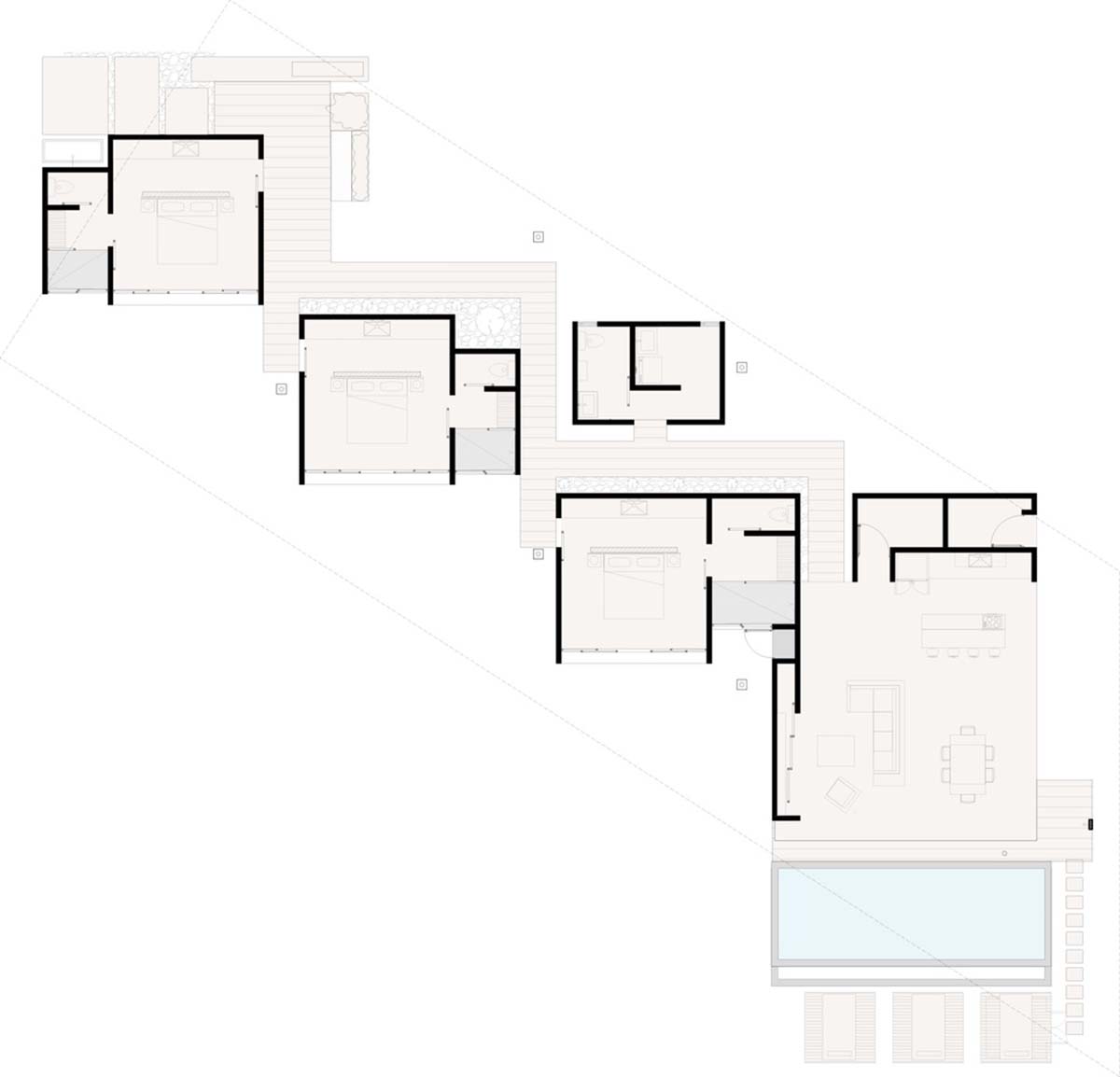