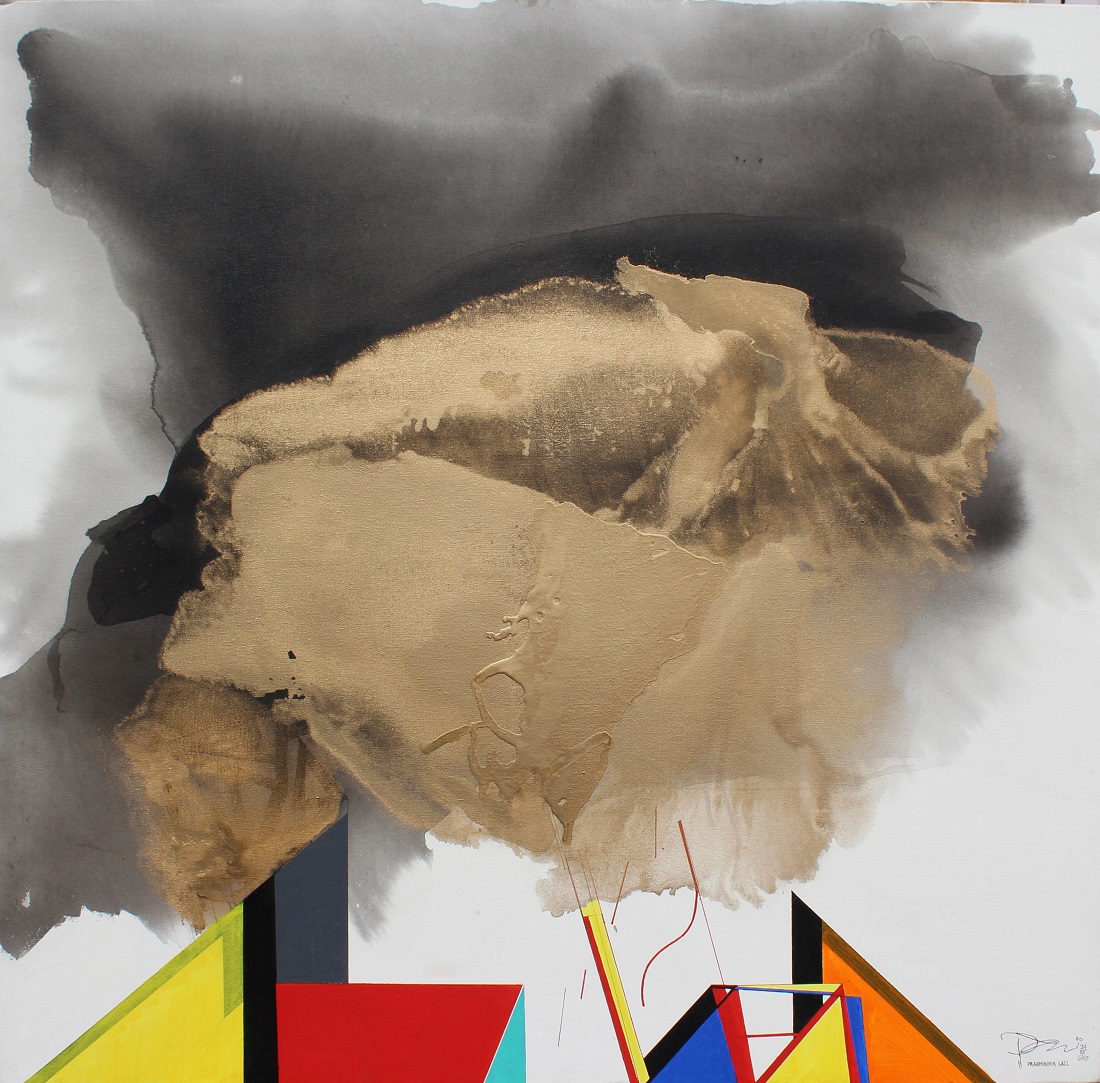 Modern Indian architecture owes much to Le Corbusier - one of the 20th century's greatest urban planner and architect. Through his creation - the Chandigarh - he influenced a large number of Indian architects. As a result, the 1960s and 1970s witnessed the flowering of Indian architecture nourished by Corbusian school of thought. Apart from being a planner and architect of excellence, Corbusier was a great painter, sculptor, tapestry weaver, and mural designer. In all his works, nature and geometry were the key elements. He took geometry to establish modern language through simple forms. 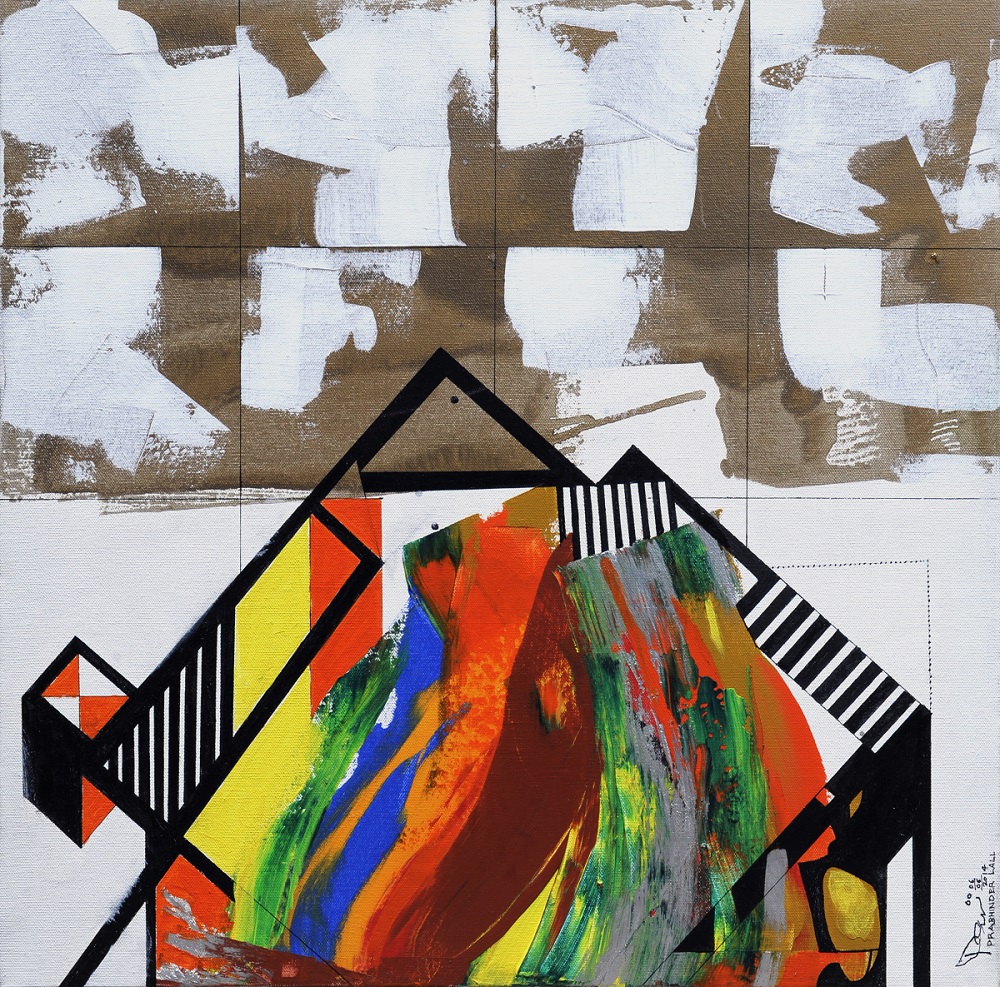 Prominent among Corbusier's artworks in Chandigarh include a giant door of Legislature Assembly building, murals inside the assembly hall and large tapestries in the judges' chambers in the High Court building. Corbusier's urban design and architectural works have influenced several planners and architects, and copious works have been written on this influence. But very less literature is available on his influence on contemporary artists, painters and mural designers. 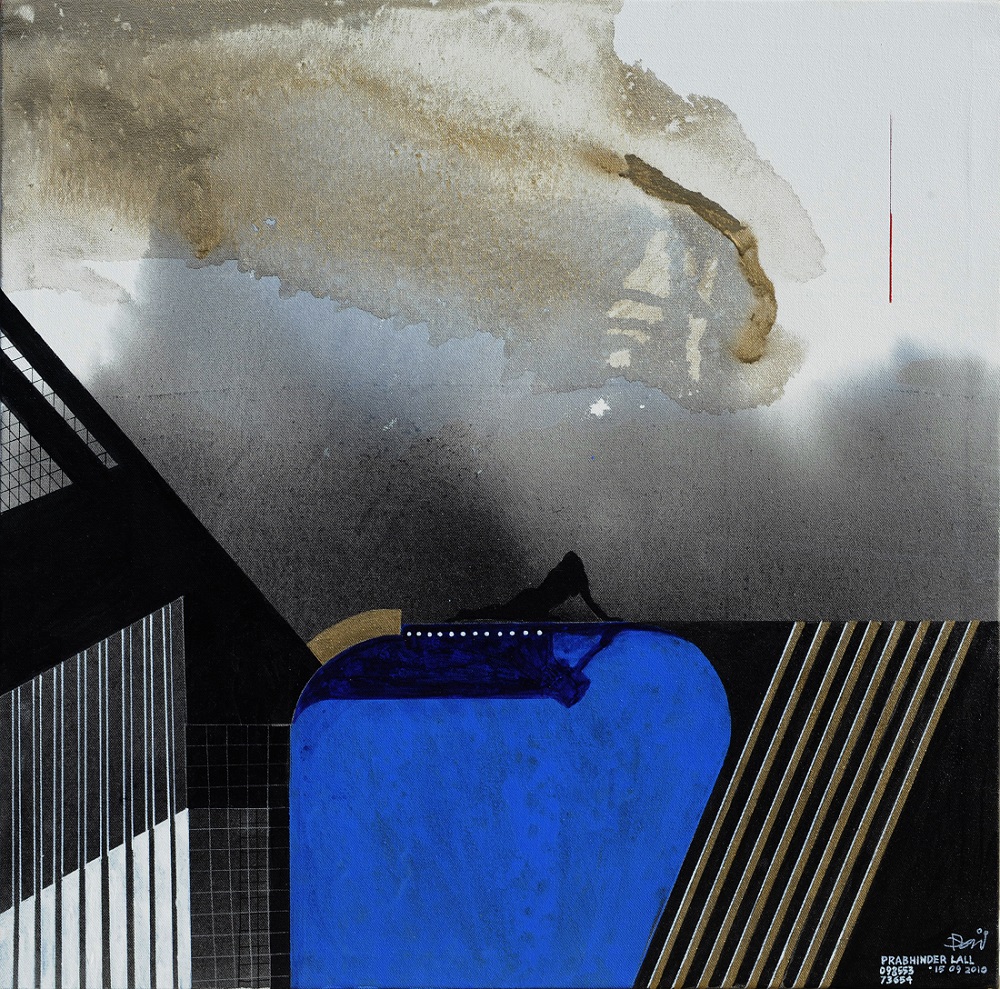 One of the most reputed painter-artist Nadir Afonso, whose paintings are popular for geometry-based aesthetics, has been highly inspired/influenced by Le Corbusier. Nadir Afonso, a Portuguese painter was formally trained in architecture and worked with Le Corbusier and Oscar Niemeyer. But there may be many Afonsos who have drawn inspiration - consciously or subconsciously - from the paintings/artworks of Le Corbusier. One such artist is Prabhinder Lall (b1955). Son of an eminent Indian architect RS Lall -a disciple of Le Corbusier and Pierre Jeanneret, Prabhinder Lall has been brought up in Chandigarh from a very young age and has received his schooling from here. He wanted to be an architect like his father but finally did his Masters in Applied Arts from Corbusier-designed Government College of Arts, Sector-10, Chandigarh.

By the architectural environment around him, Prabhinder assimilated all the finest nuances of his special style of paintings which seem to be inspired by the works of Le Corbusier. Prabhinder sees through the eyes of the Sun in Space that sets his imagination free to record the voices of Silence within. Canvas for him is like a vast stretch of space that helps him to liberate himself from the familiar and allows his lines, forms and colours to weave an architecture which is more painterly and free from the set conventions. 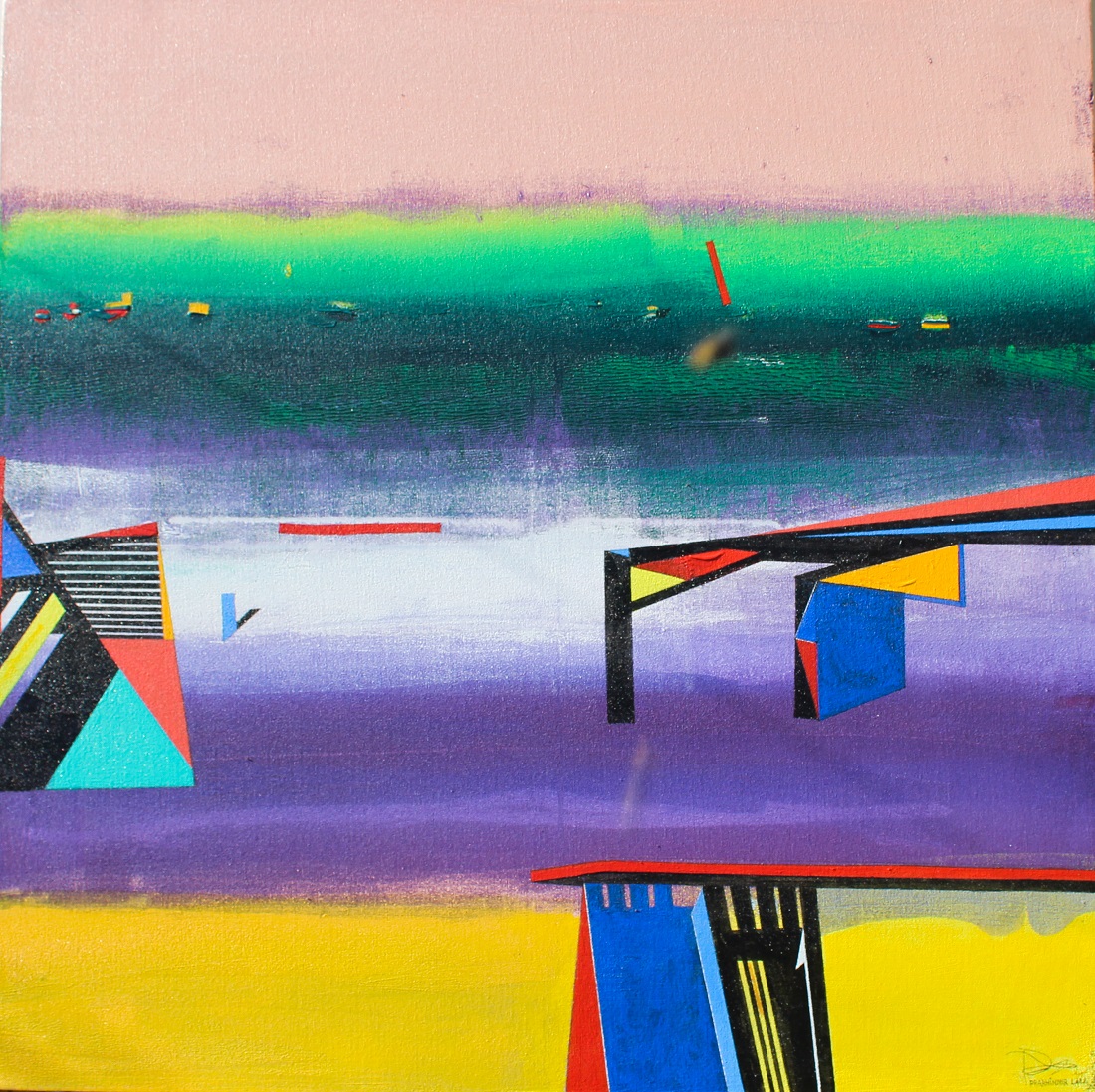 "The general belief is that the outside belongs to the sun and the inside to the people but here is a painter who is aspiring to create an environment by minimizing the gulf between the two thus, giving a life truly touched by nature and breathe freely. Another redeeming feature of his work is that his painting though inspired by architecture yet they appear as free and floating in the space, allowing the onlooker a privilege to have an imaginative flight into it", says Prem Singh an eminent artist.

Prabhinder's works are predominantly marked by varied geometrical shapes and forms, identical to Chandigarh's forms and spaces. The man-made relationship between rural and urban architecture becomes modern urbanism in his work - the fast-paced life depicted through colourful patterns, squares, circles and rectangles. "The kind of geometrical character Chandigarh has, it is impossible for a city-based artist to remain aloof from this architectural brilliance," says Prabhinder.

Lall's journey as a painter spans over four decades, with his mediums ranging from a humble pencil to the complex art programmes on the computer, and also multimedia techniques. Colours, forms and textures are the main features of his spatial paintings, as he uses bright and luminous colours with bold, textured surfaces.

Prabhinder likes to experiment with non-conventional painting techniques, such as creating abstract forms with waterproof ink, using rapidograph pen for textural effects and lines, and the use of golden colour, which he describes as traditional. Sometimes he uses spatula for spreading colour, and in the foreground of a huge space like the sky and irregular or geometrical forms like those of stones, dunes, squares, triangles, circles etc. In some works, Prabhinder has replicated the geometrical character of Chandigarh and in other enamel paintings, he introduced textural effects to create an illusion, as if the same object is present on more than one plane, at a time. In his works are vast landscape scenes, modern urban forms with architectural arrangements and mountains with isolated houses. The wide sky, open spaces filled with graded tones, the synergy between art and environment, the relationship between man and woman have made way into his new canvases. 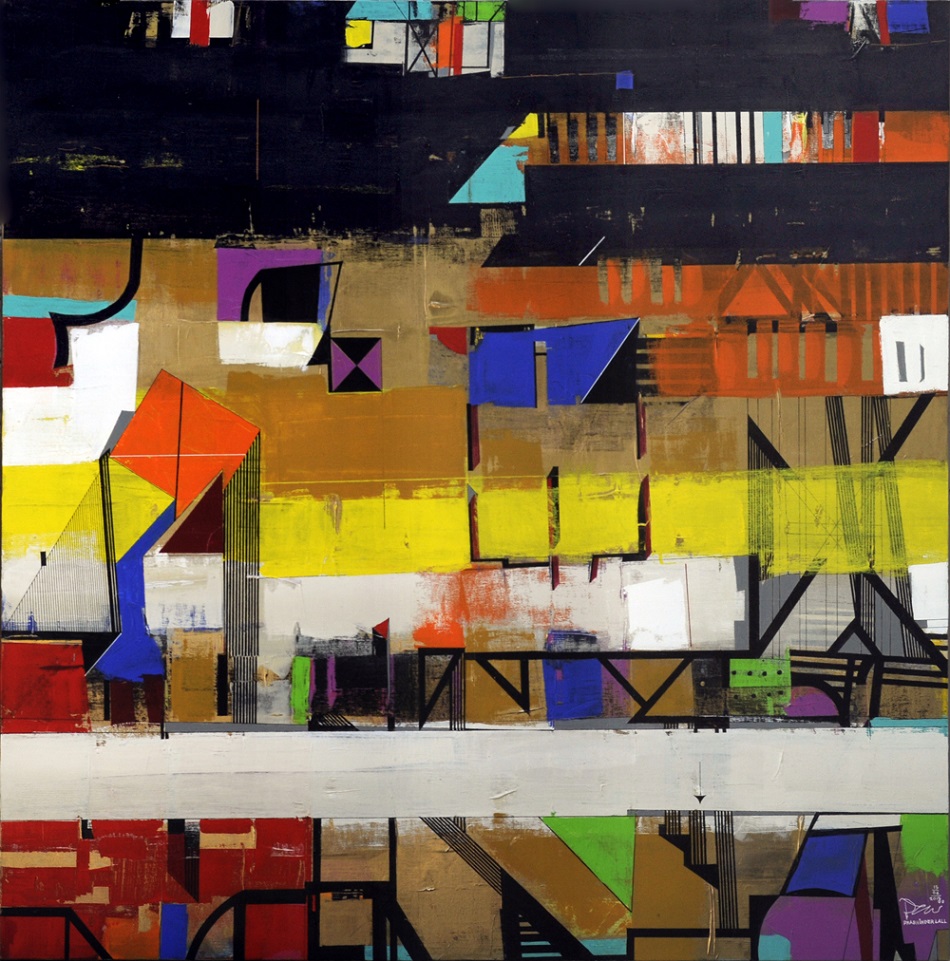 Prabhinder explains, "The light within, pushes my forms and colours. Painting for me is a journey spans a few intense hours, and at other, it spreads over a few days. The day fades into the night and night mingles into the day when I paint. My inspiration, my muse could be anything - a conversation, a train journey, images on the silver screen, any seemingly mundane incident can weave itself into my work, one after another. The form usually stays abstract, yet rooted in the tactile." 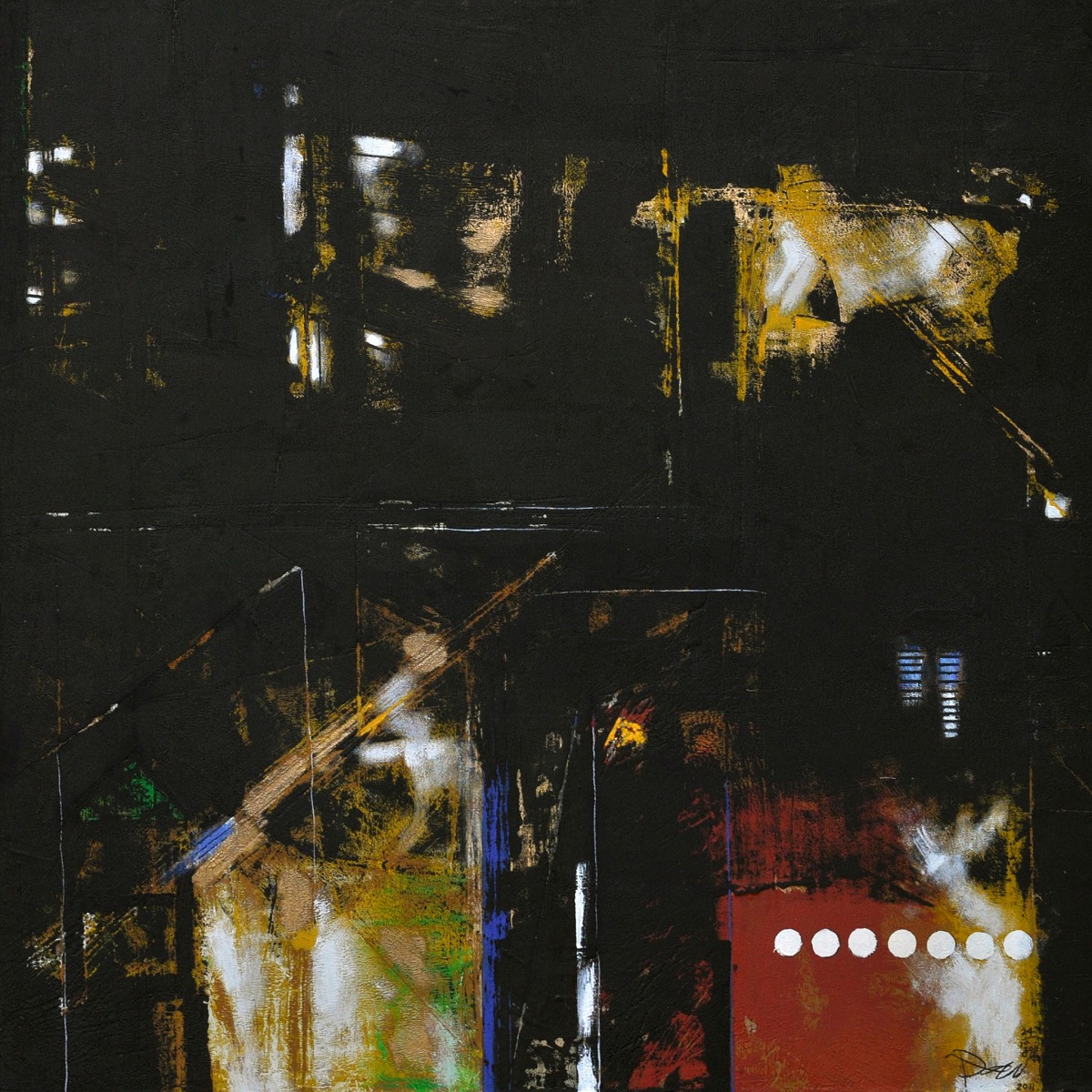 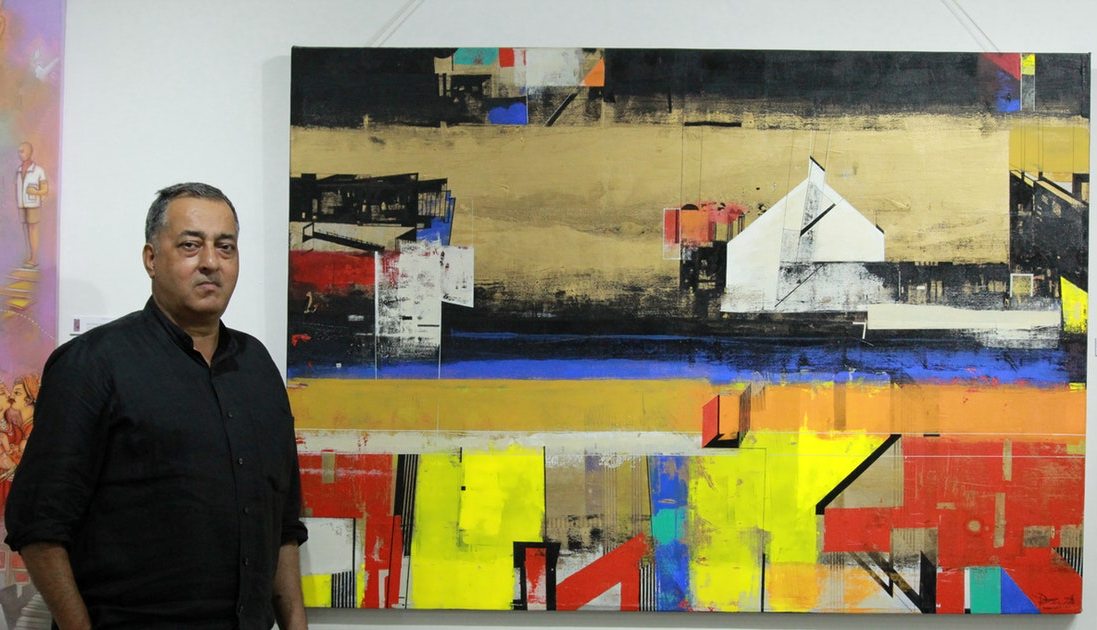 Prabhinder Lall with his painting.

> via inputs from Prabhinder Lall.