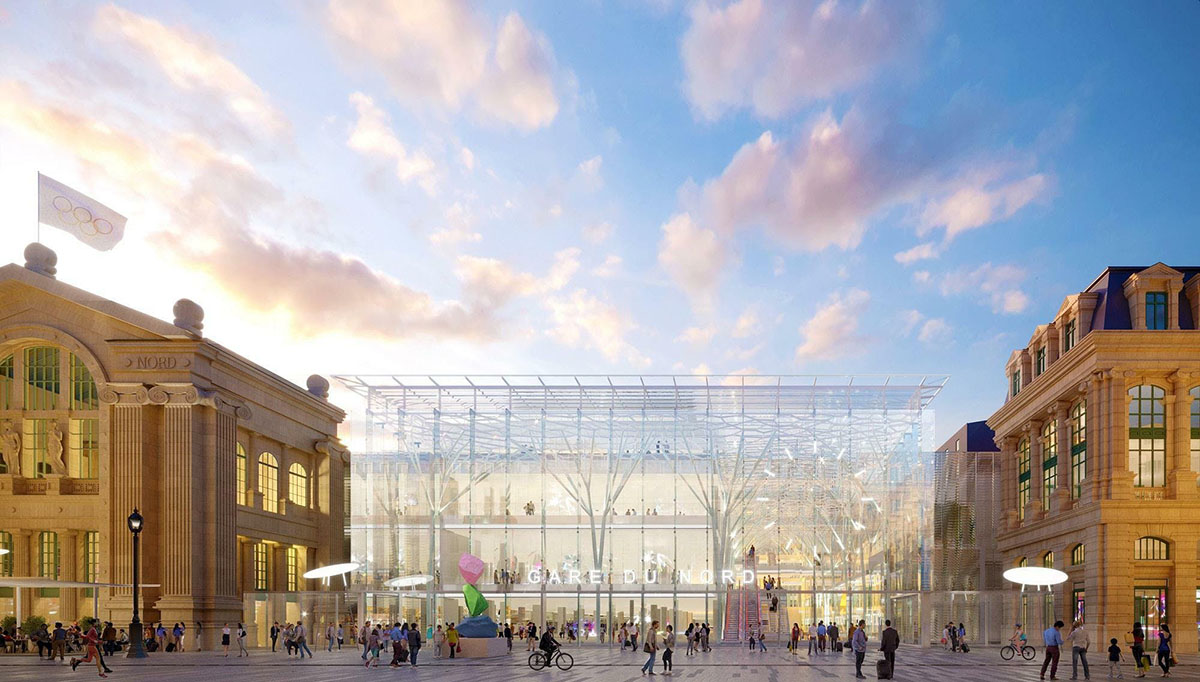 A collective of 19 top international architects and urban planners have published an open letter, denying the expansion plans of the Gare du Nord train station in Paris, France since the plans are "unacceptable" and "indecent" and a "serious offence to transport users".

Published on a daily French newspaper Le Monde on Tuesday this week, the award-winning French architect Jean Nouvel, Dominique Perrault, Roland Castro and Marc Barani are among the architects who signed the petition, as well as historians and town planners.

The new renovation plans for the train station, called Gare du Nord, were unveiled in 2018 the station serves as an important access hub for the Eurostar train from London and the largest station in Europe. Designed by Parisian-based architecture agency Valode & Pistre, the construction plans are overseen by S.N.C.F., the French train operator, and Ceetrus, a branch of the retail chain Auchan. 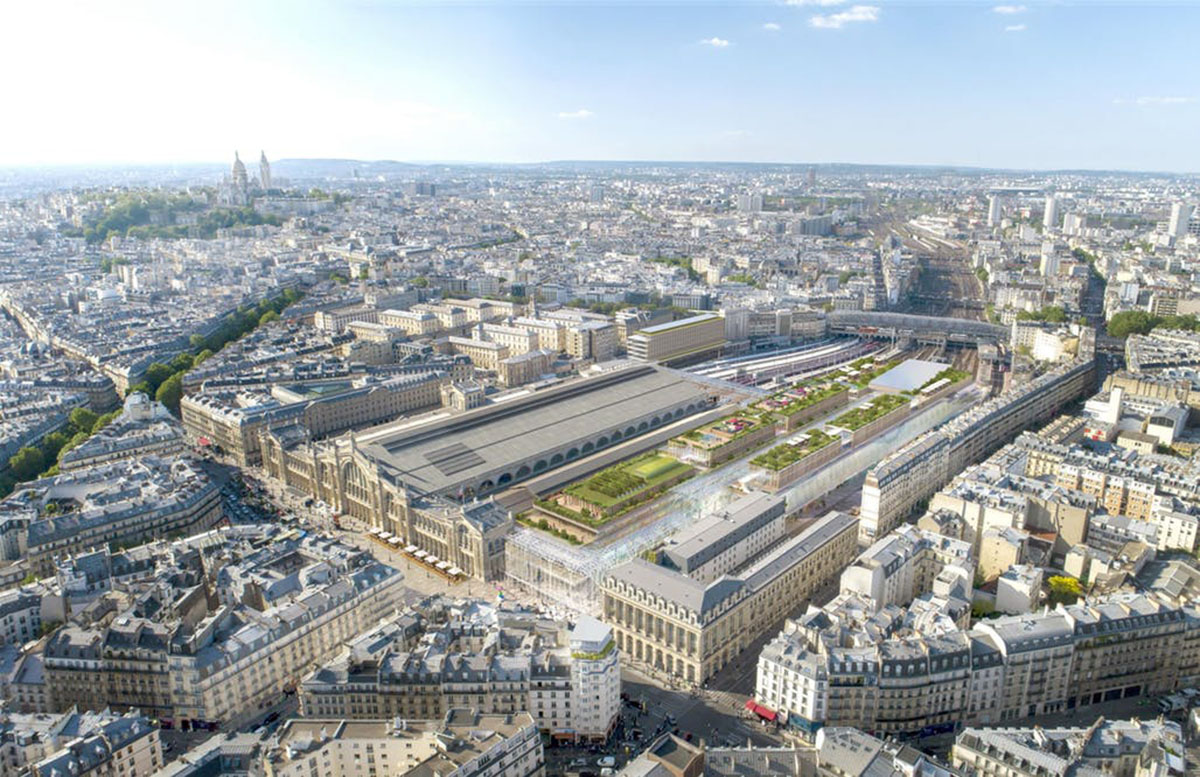 According to the letter published in Le Monde, the architects find the plans as “a serious urban error,” since the proposed plans will increase its surface space to about 1.2 million square feet, from 388,000 square feet, as well as adding tens of thousands of square metres for shops which will cause to extend the amount of time people need to get to train platforms.

"A serious offence to users of public transport," they wrote in the letter. "That means more distance to travel, access times significantly increased."

They also relive that the proposed design will "disfigure" the train station.

"Forcing hundreds of thousands of people to walk through commercial spaces becomes unbearable when this gift to trade goes with long and unnecessarily complicated journeys," read the letter. "This project is unacceptable and we demand a rethink from floor to rafters."

"The project plans to prohibit direct access to wharves as it is today.Whether traveling to Soissons (Aisne) or Brussels, the traveler must first climb to a height of 6 meters in the shopping center, east of the train station, then access the platforms by footbridges, stairs and elevators. That means: more distance to travel, access times significantly increased. Indecent," they added.

"This project is also a serious urban mistake. Implant such a mass of shops and activities at the Gare du Nord, in a closed set on itself, in an area already saturated with traffic, at a RER station in Saint-Denis, heart of the agglomeration of nine cities of Plaine Commune, is an attack on the desire to rebalance activities in Paris, and even more in the Greater Paris area." 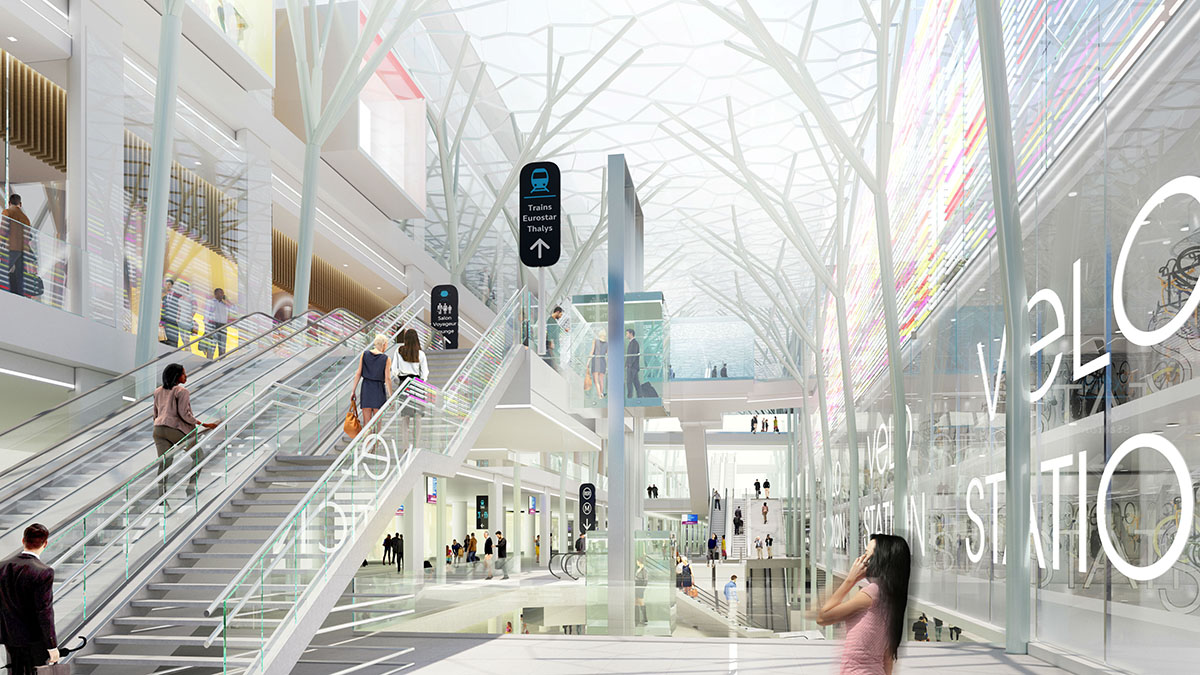 "It must be remembered that the recent shopping centers are struggling everywhere: The Millennium, Aubervilliers (Seine-Saint-Denis), vegetates, like Aéroville, in Roissy (Val-d'Oise). We understand the attraction for Auchan of the enormous flow of the Gare du Nord, but this capture will be at the expense of the territories served by the station. Absurd," the architects added.

The the Gare du Nord is one of the most iconic structures of Paris, and the busiest station in Europe and the third largest and busiest in the world. The original plans of the Gare du Nord were designed by Léonce Reynaud and constructed by Bridge and Roadway Engineers. The old railway station was demolished in 1860 and the construction of the new station was carried out until 1865.

The station currently welcomes 700 000 passengers per day, with 800 000 expected by 2024. The cost of the new train station is expected to reach $660 million and it was set to be ready for the the Paris 2024 Olympic and Paralympic Games. 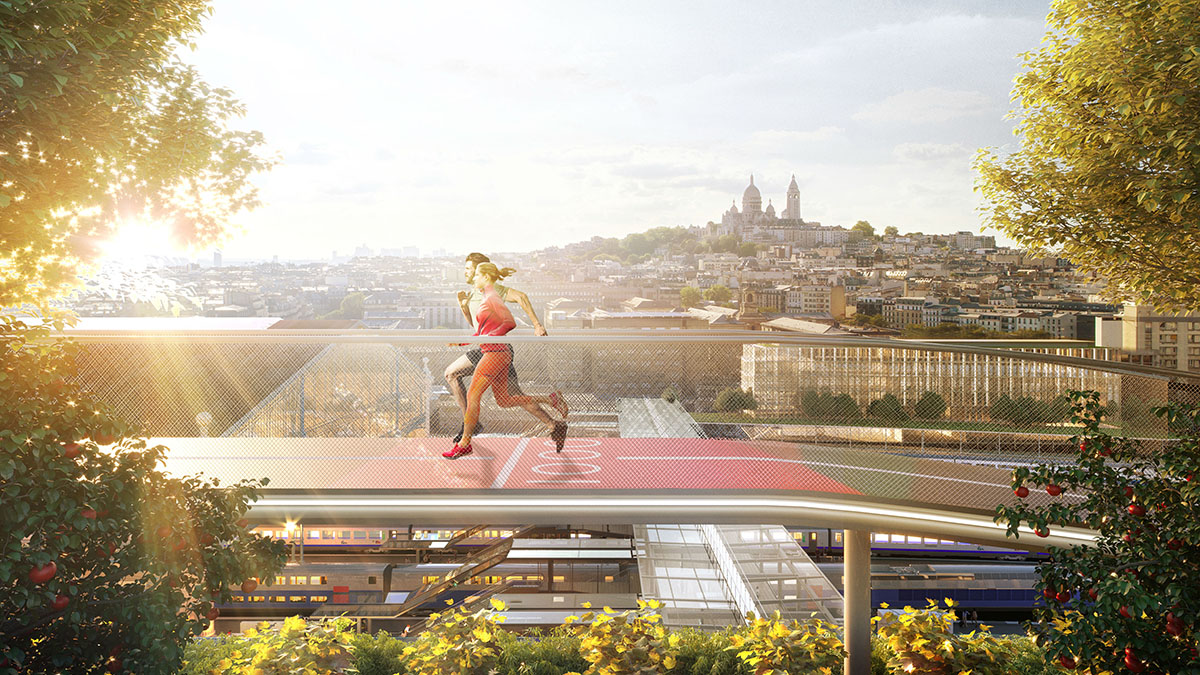 The proposed plans include a large glass structure with a main entrance and a large loggia which is open on the forecourt to the east of the historic facade of the station provide access to a generous 300-meter-long passageway beneath a glazed roof.

A sunlit gallery will span the length of the new building, guiding users to departure points and serving new commercial, cultural, sporting and co-working activities.

The New York Times also reported that the first planning permission for the building was denied in June by the City Council, but the S.N.C.F. appealed the verdict, and a final verdict is still expected in the fall. The station has long been controversial for its users and travelers due to its dark, dysfunctional and even chaotic spaces during rush hours.

The transformation of the Gare du Nord train station sparkled one important question, as the New York Times reported: "Should we transform all train stations into shopping malls?", asked Bernard Landau, a former deputy director of urban planning at the city of Paris.

Or, how a modern train station should be? Many transformation plans of old and historic structure are ongoing in many countries to revive them with a fresh look and reuse. 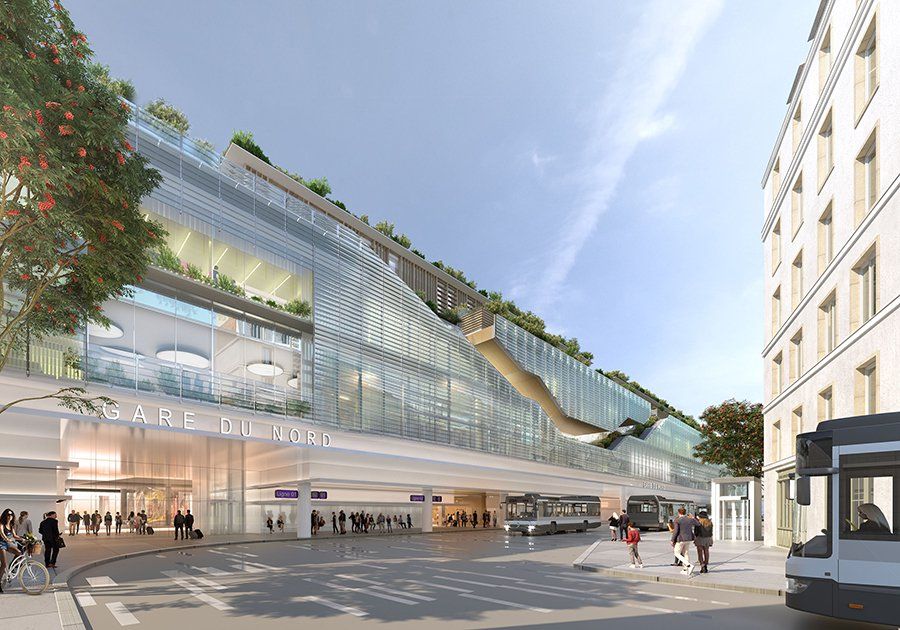 In response to these attacks, the chief executive of S.N.C.F. Gares & Connexions, which is also in charge of the project, defended their plans in a different letter published in Le Monde.

"This transformation is primarily for the daily commuters, the millions of users of the R.E.R. and the suburban trains," Claude Solard, the chief executive, wrote.

Solard argued that he wanted to reconcile the aspirations of “hurried travelers” with the creation of more services for those who have more time. "In the midst of changes in our modes of transport, the project anticipates a new place of urban mobility, favoring non-polluting and collective modes," he added.