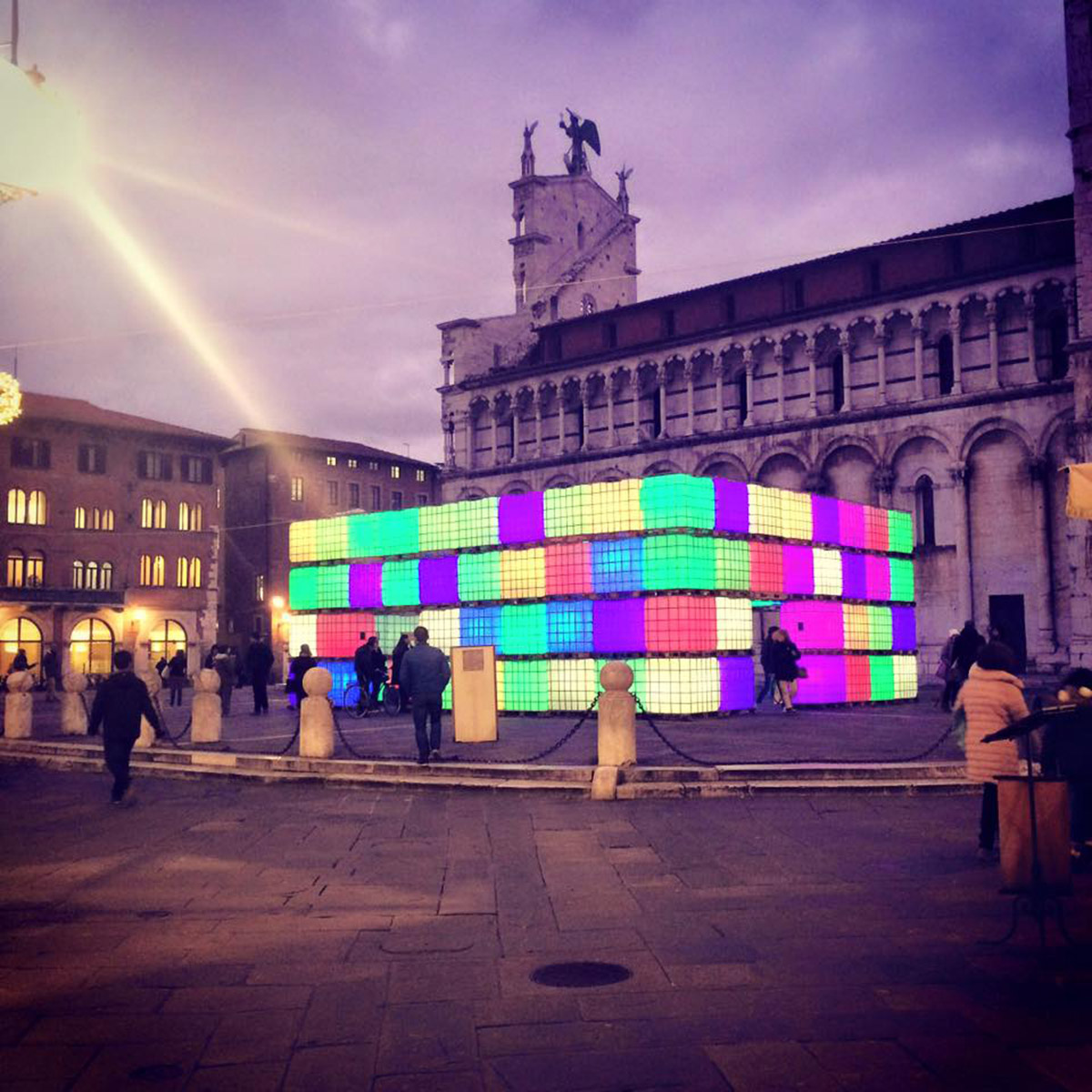 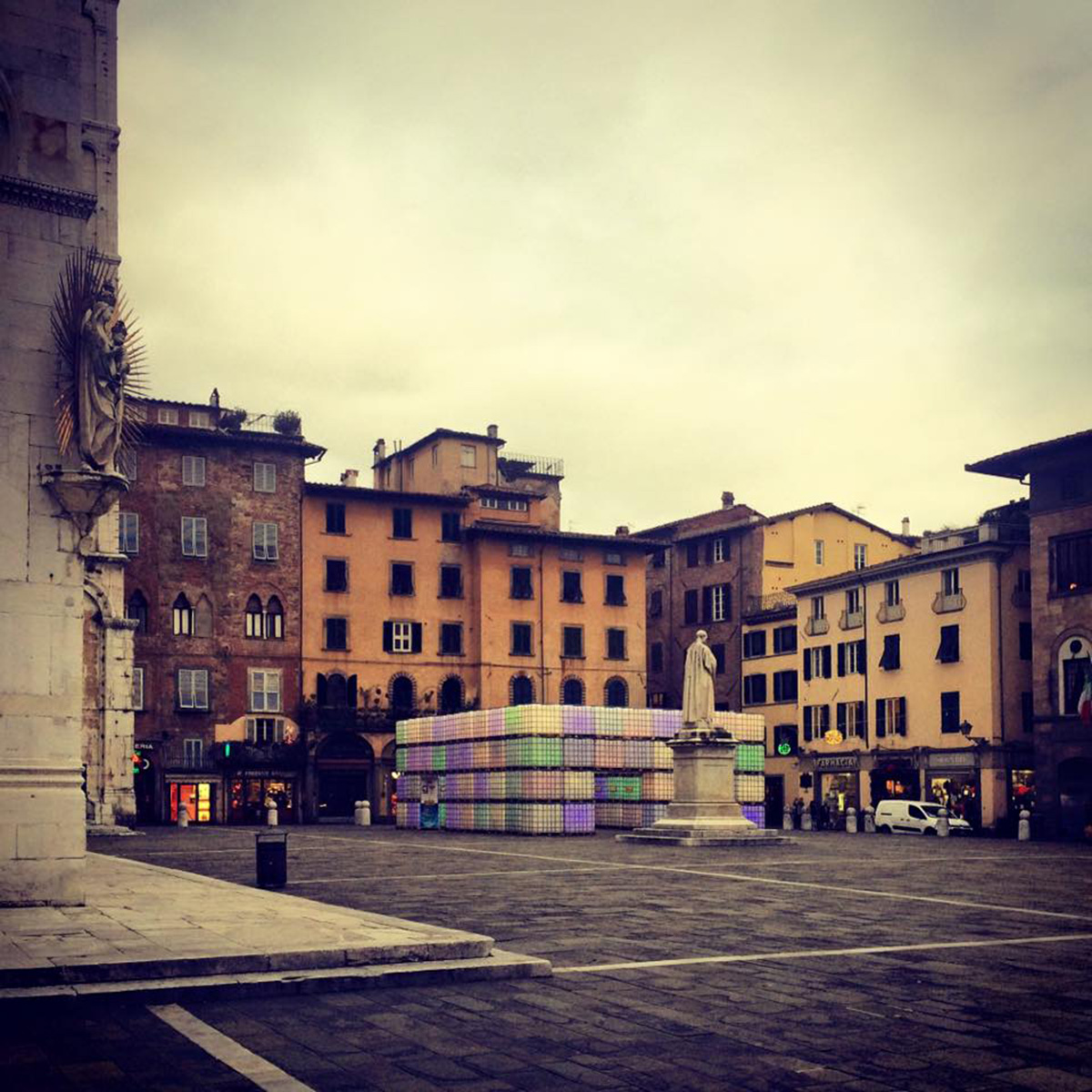 Domenico Raimondi, art director and designer of “C’è Luce”: “As important element in everyday life, light is a unique and essential resource, it nourishes the life and also improves it. During the "International Year of Light and technologies based on Light" promoted in 2015 by the General Assembly of the United Nations, there is a crossing and meeting place. 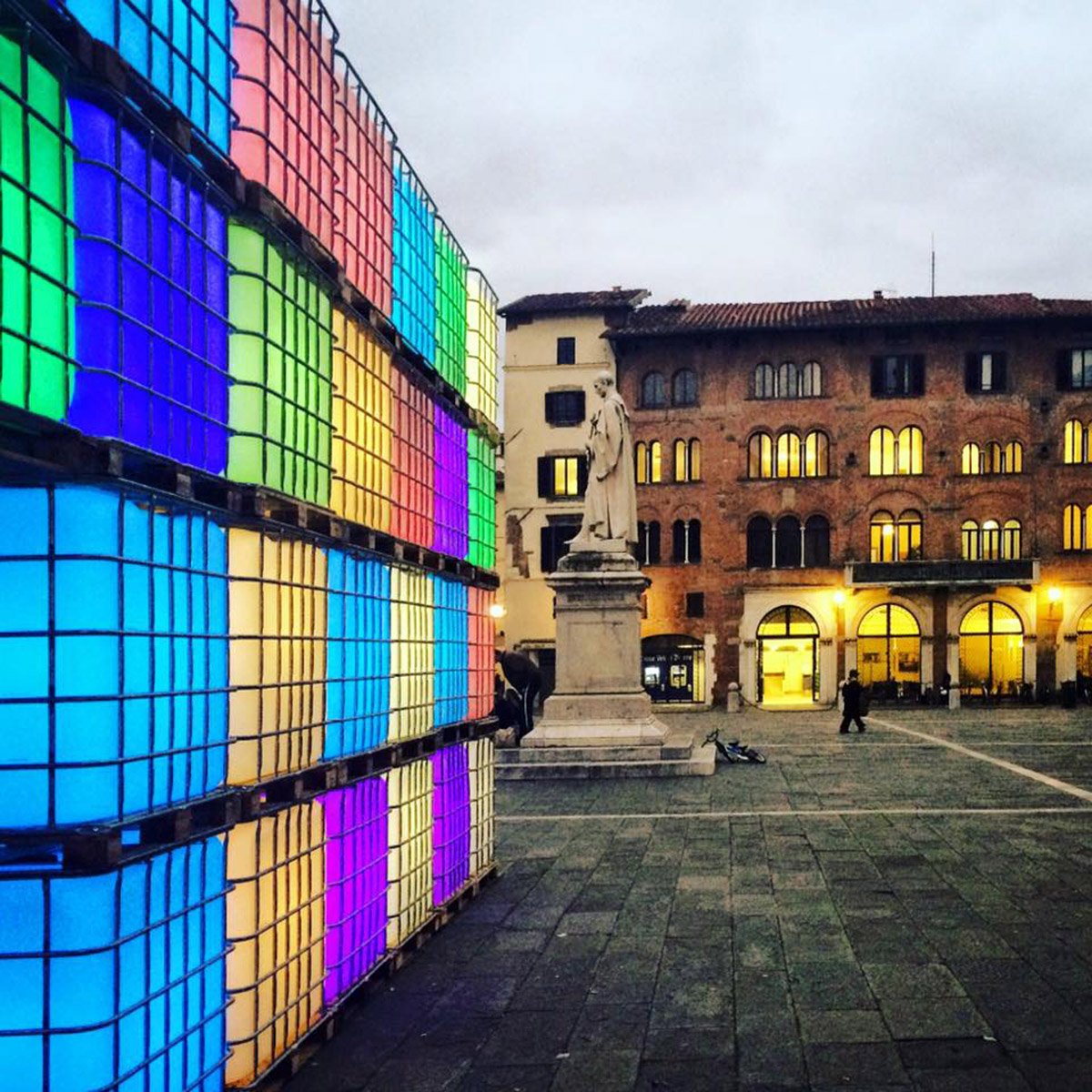 A square in the square where people meet and look into each other's eyes, a place where you can give a smile or look at the sky pointing the nose upwards. Modernity contrasts the art, contemporaneity contrasts the history. Light is life, color, emotion. Light is hope.” 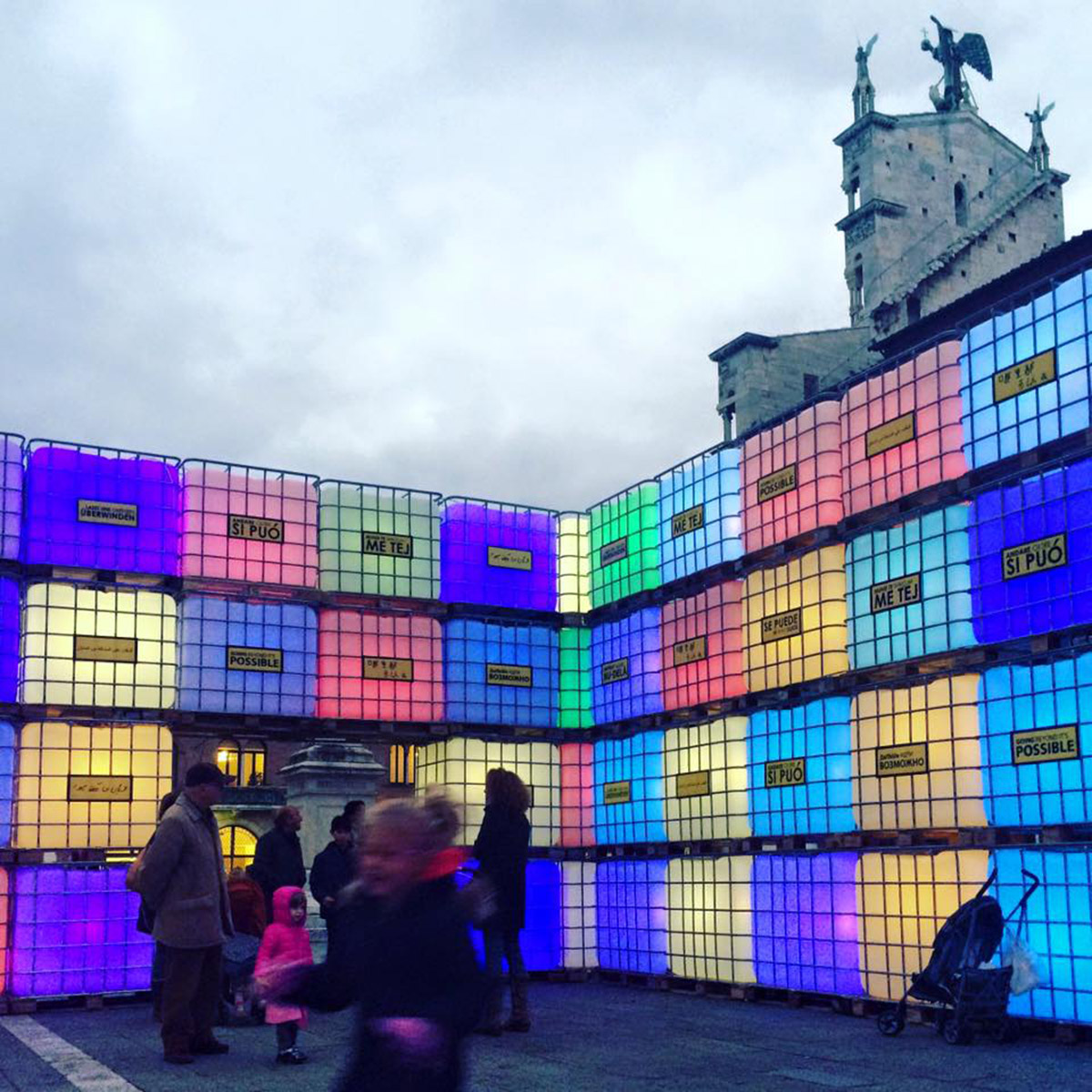 The installation consists of 112 water tanks with low-consumption LED lamps inside. At 4 entrances visitors, through touch controls, can change the brightness and color of the walls. Inside the message "Going beyond it’s possibile" in different languages, a message and an invitation to go beyond the differences and diversity. 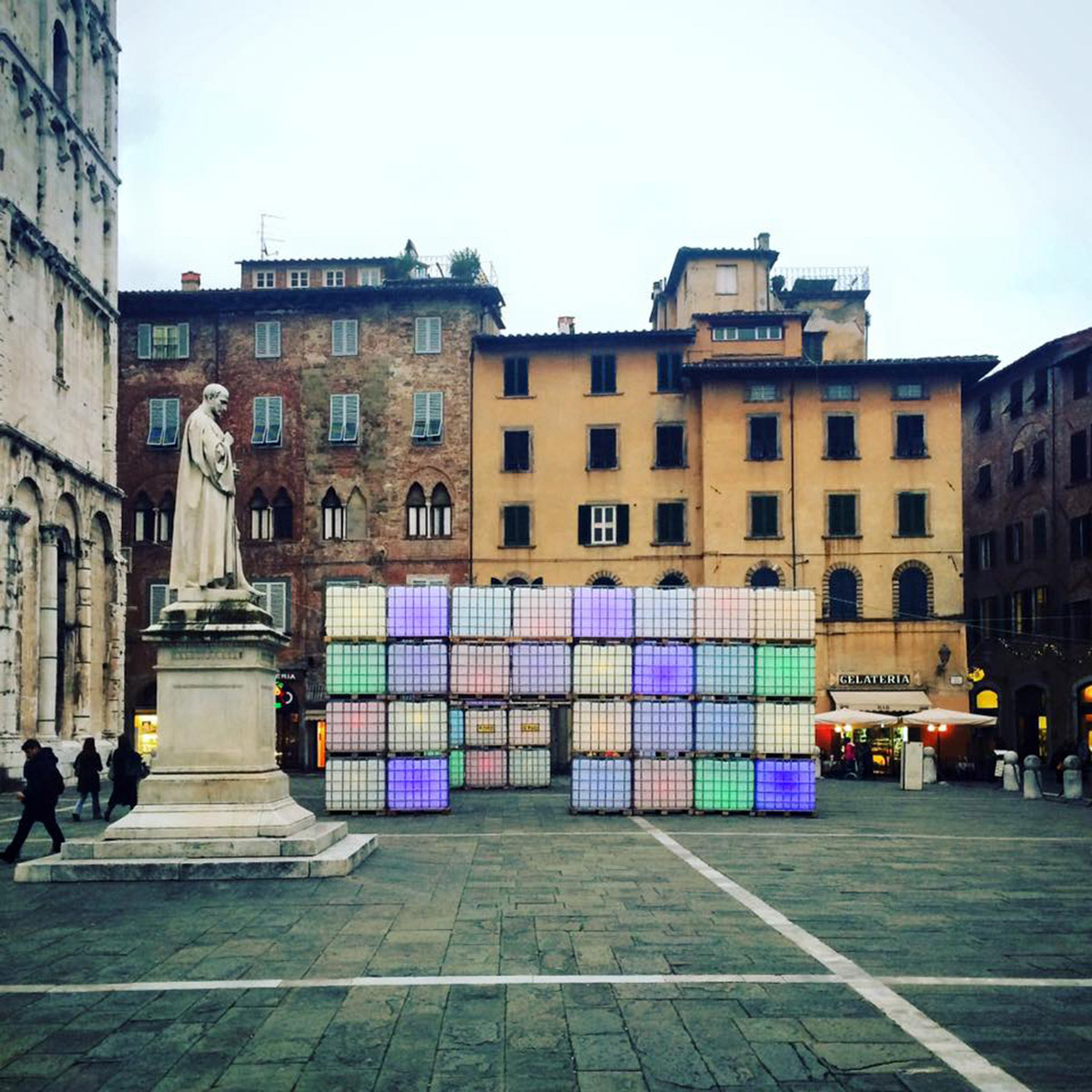 From December 19 to January 10, 101 works of art dedicated to light will be on display at the Palazzo Ducale in Lucca and January 9 will be auctioned to raise funds for charity projects. 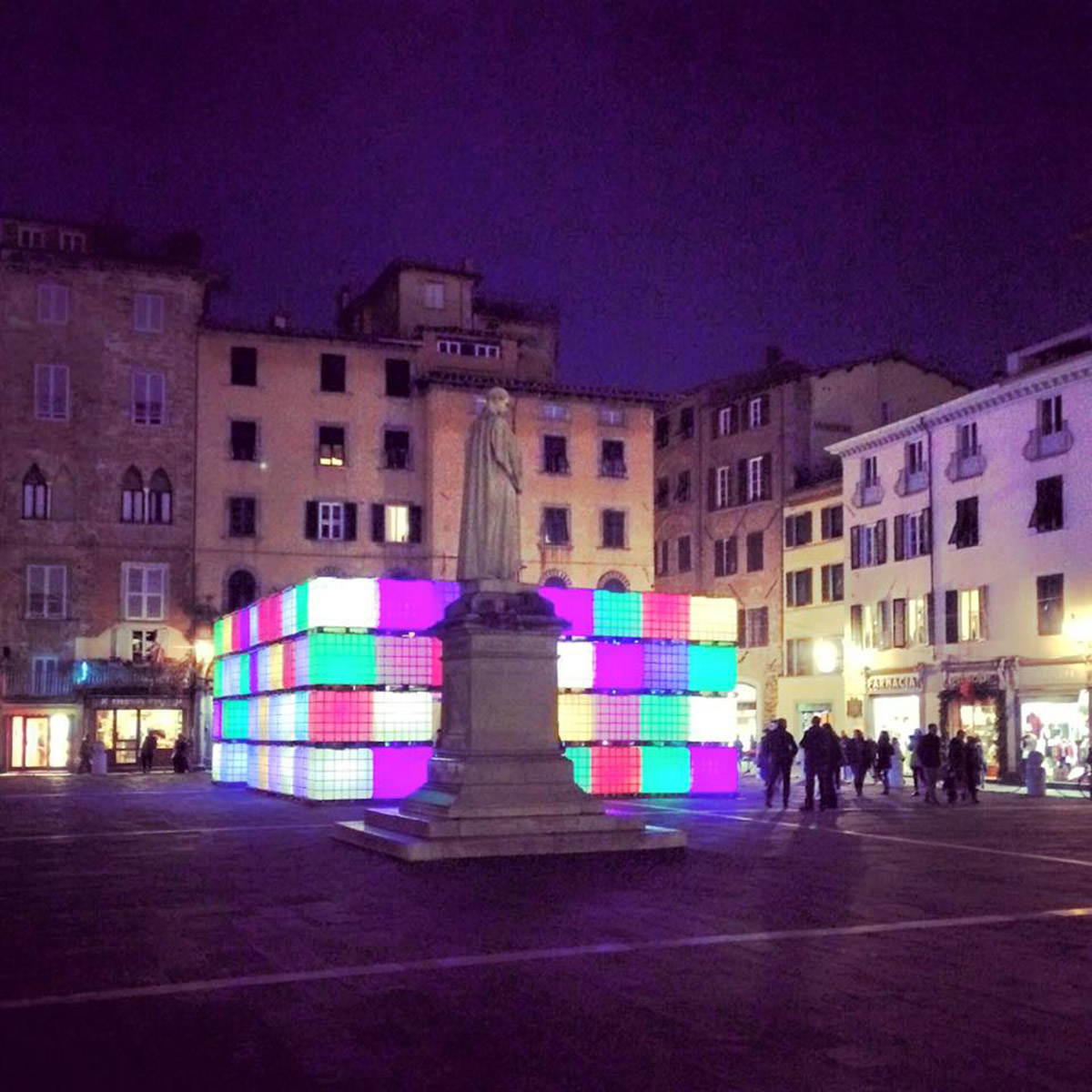 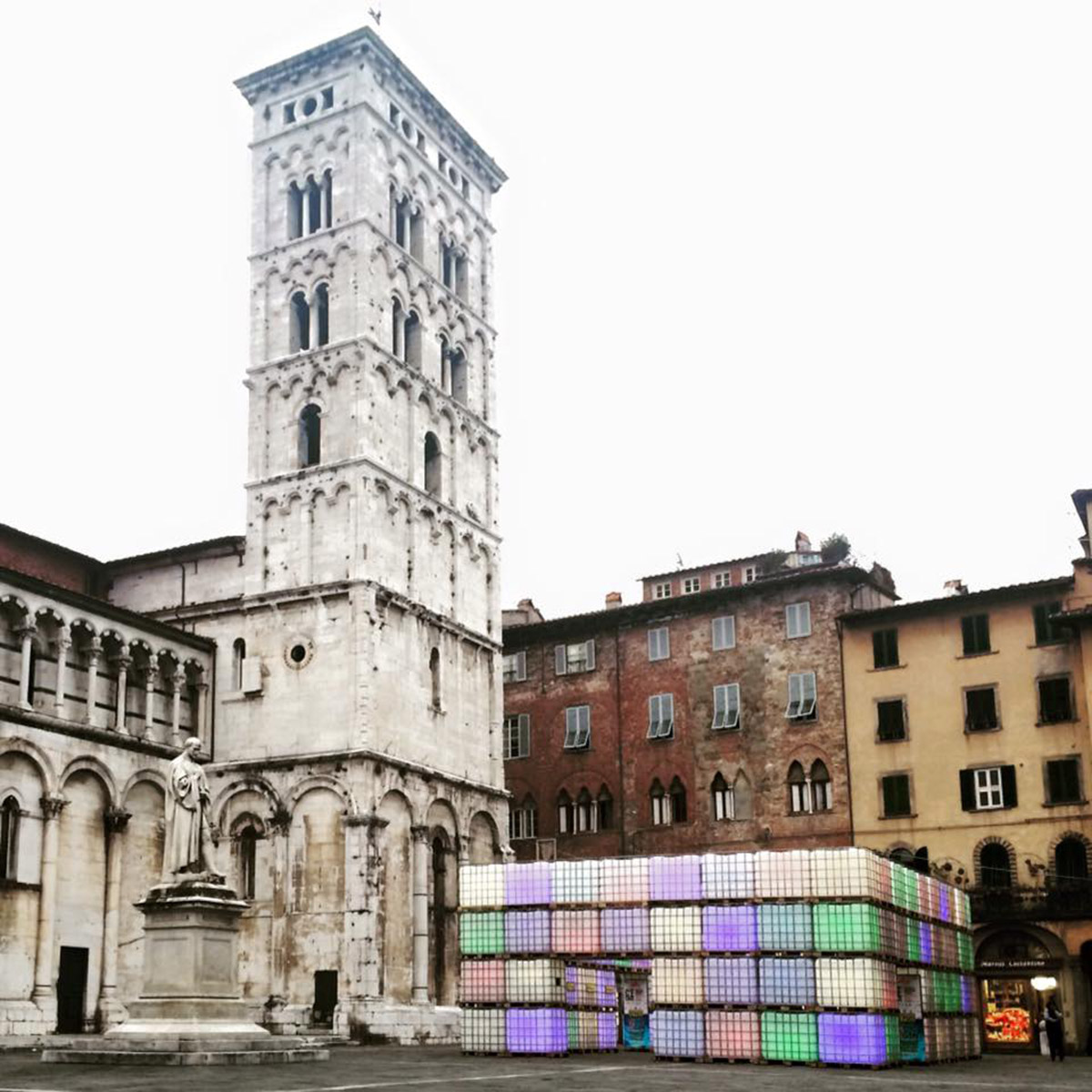 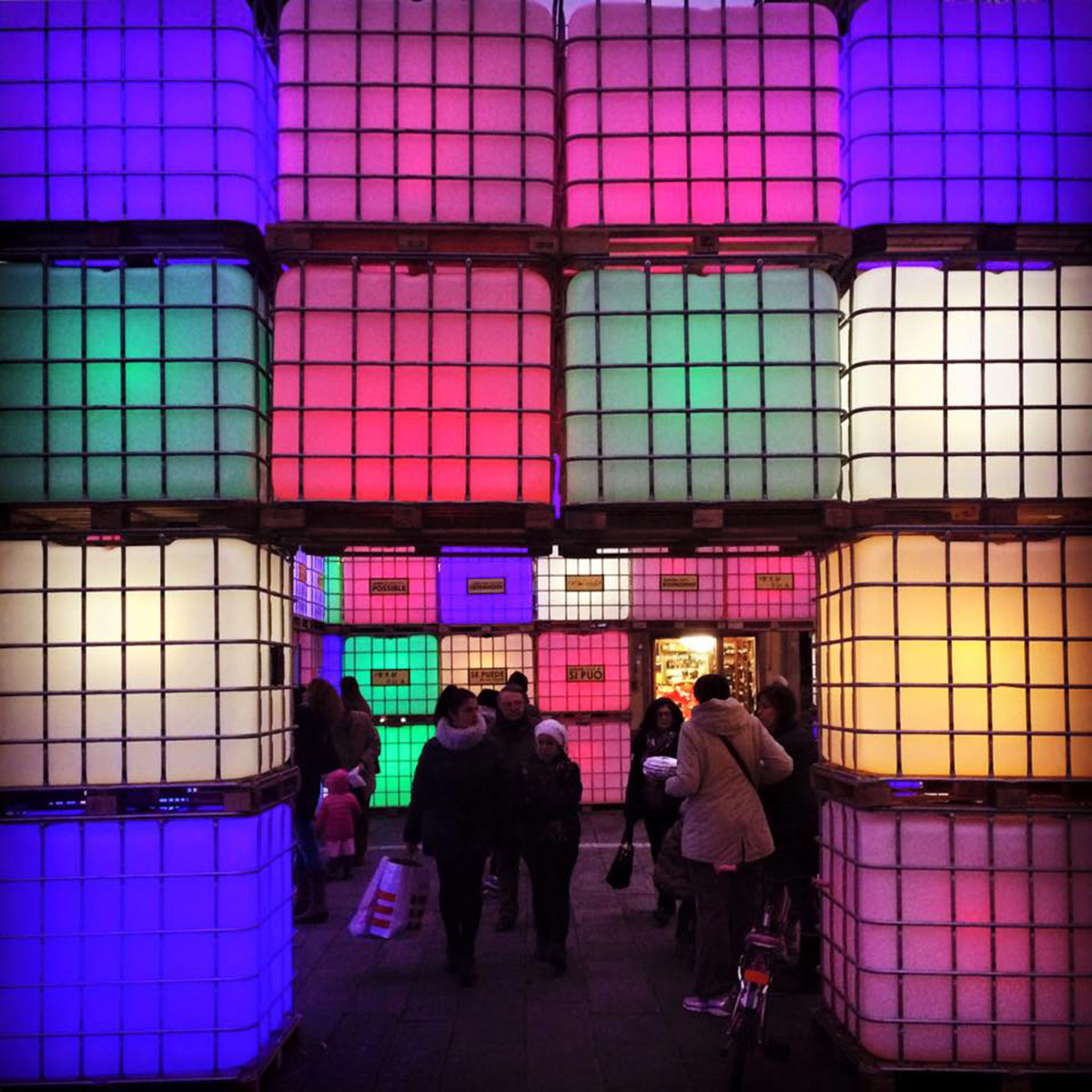 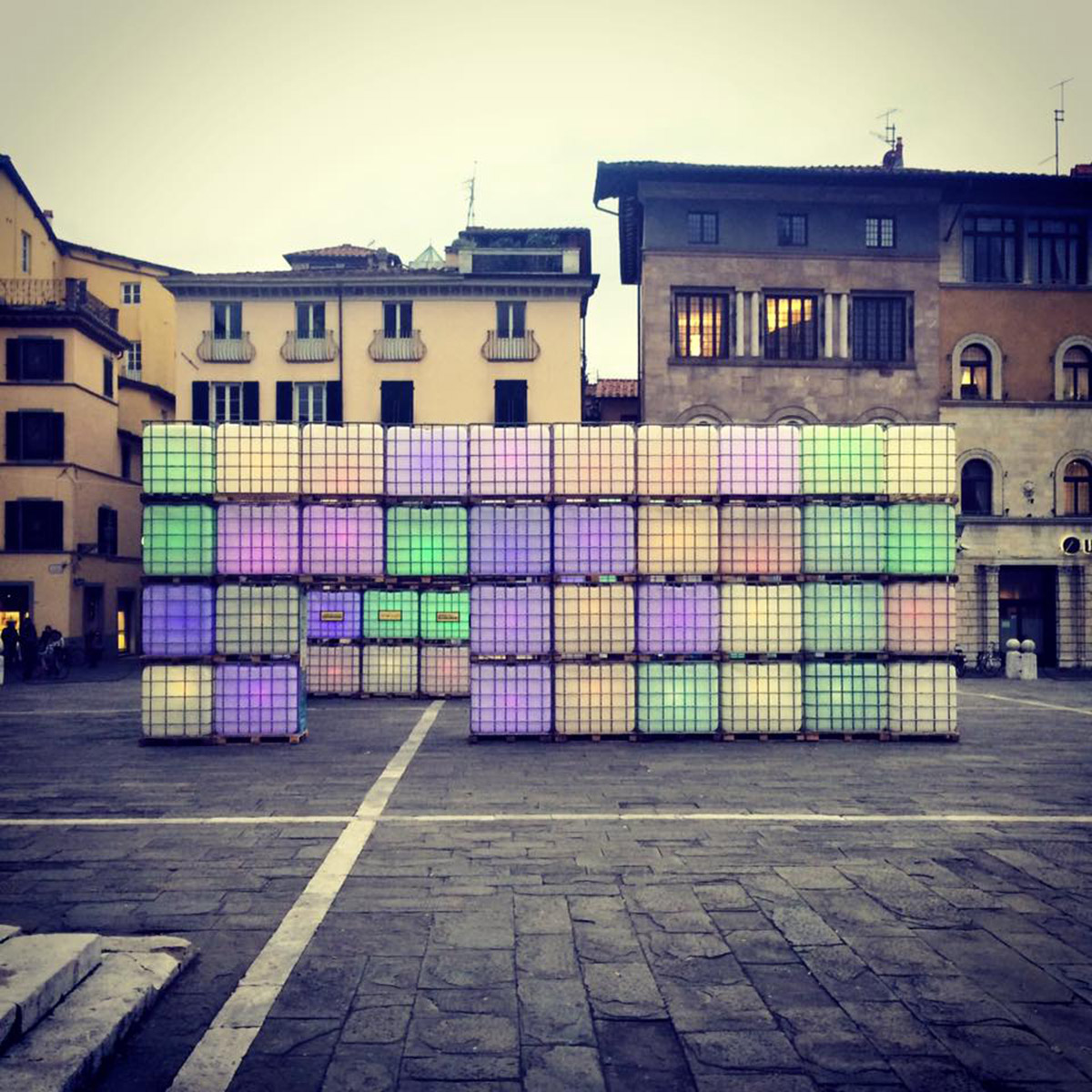 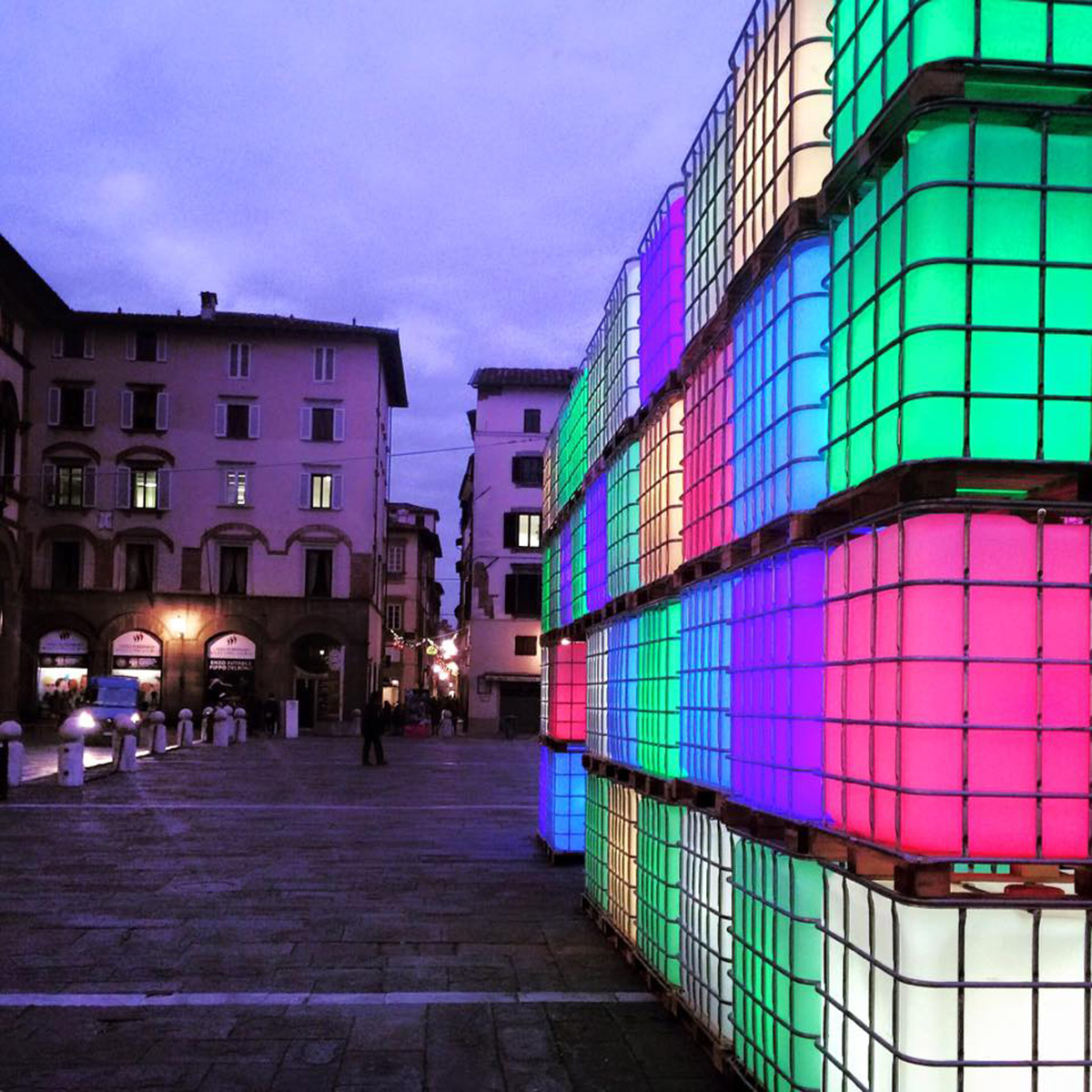 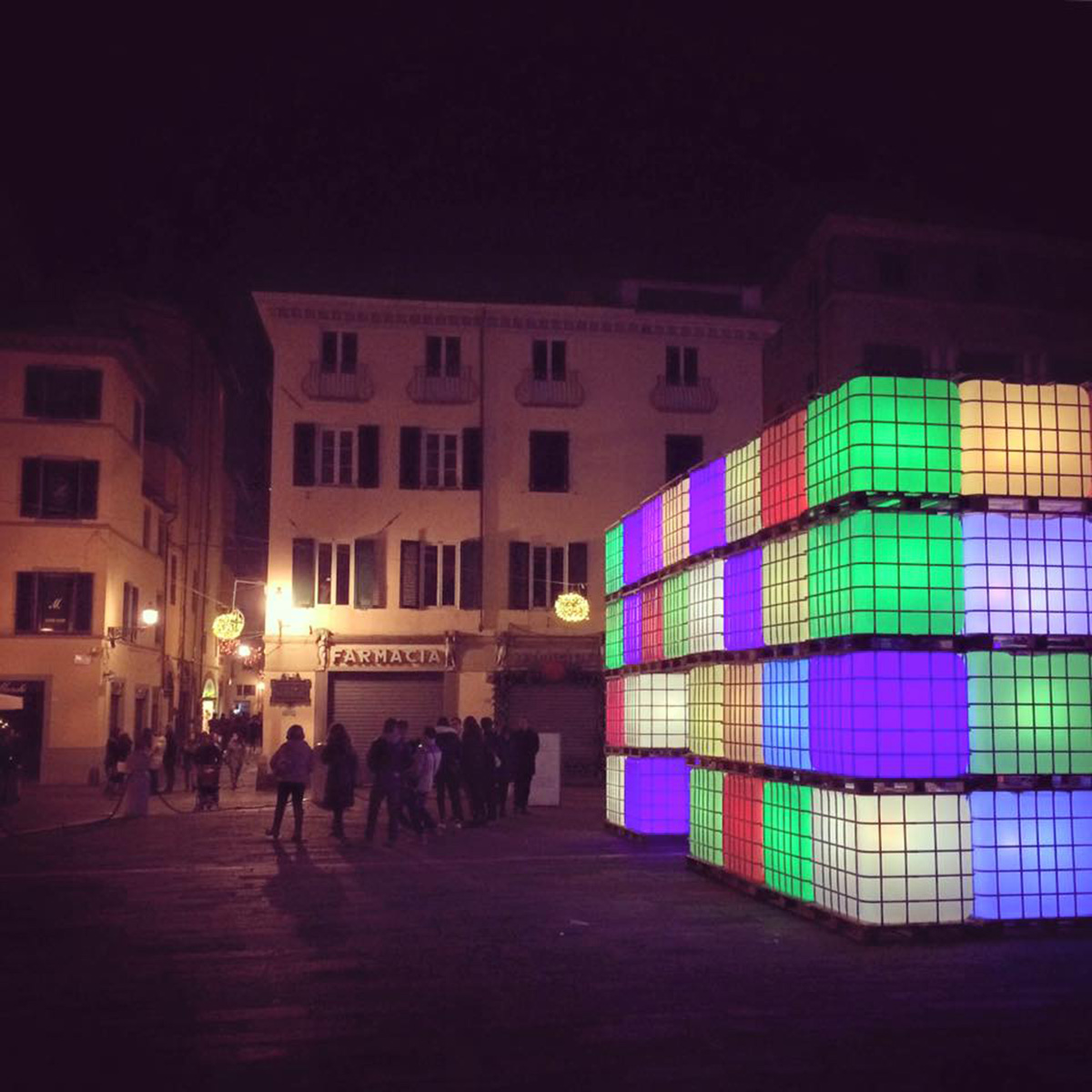 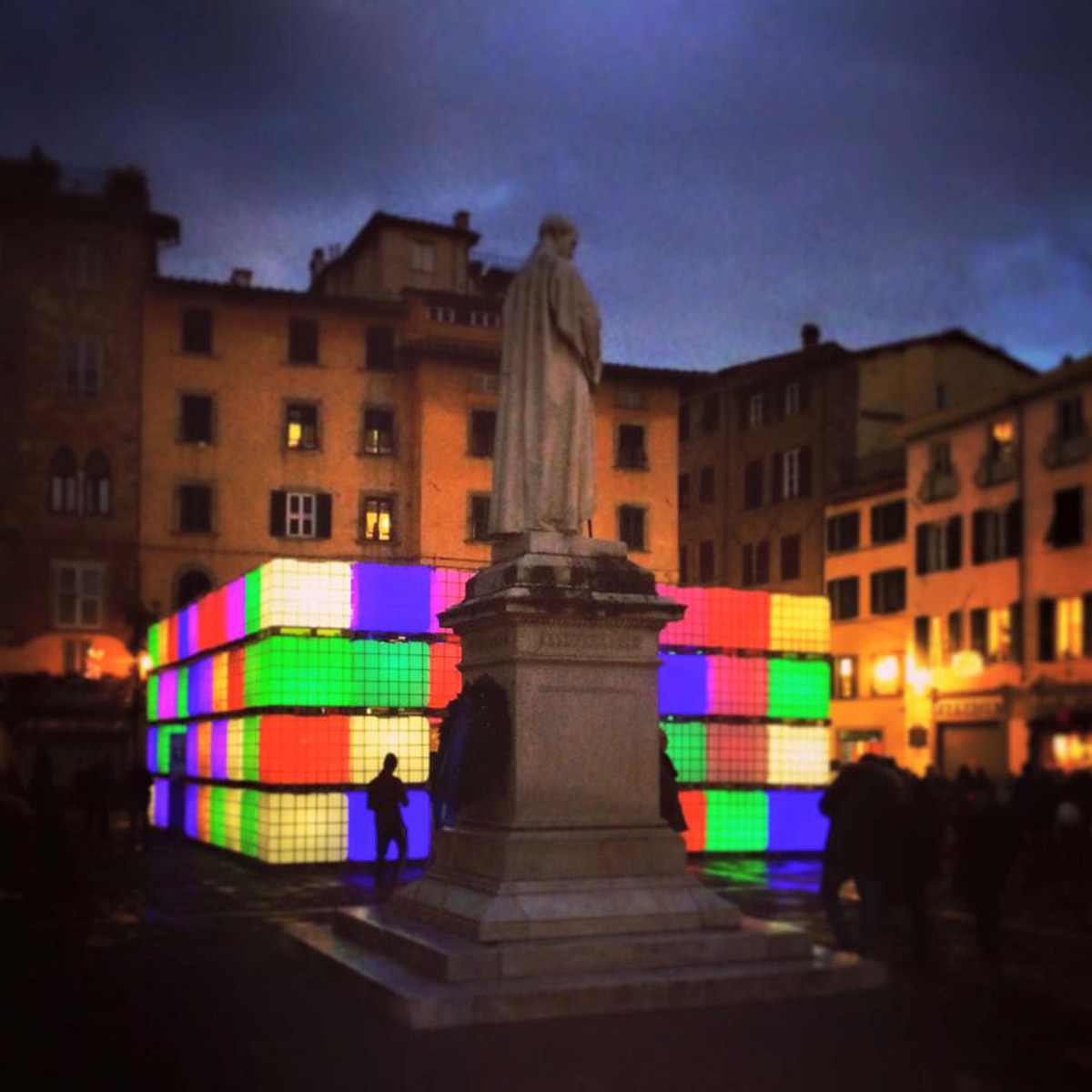 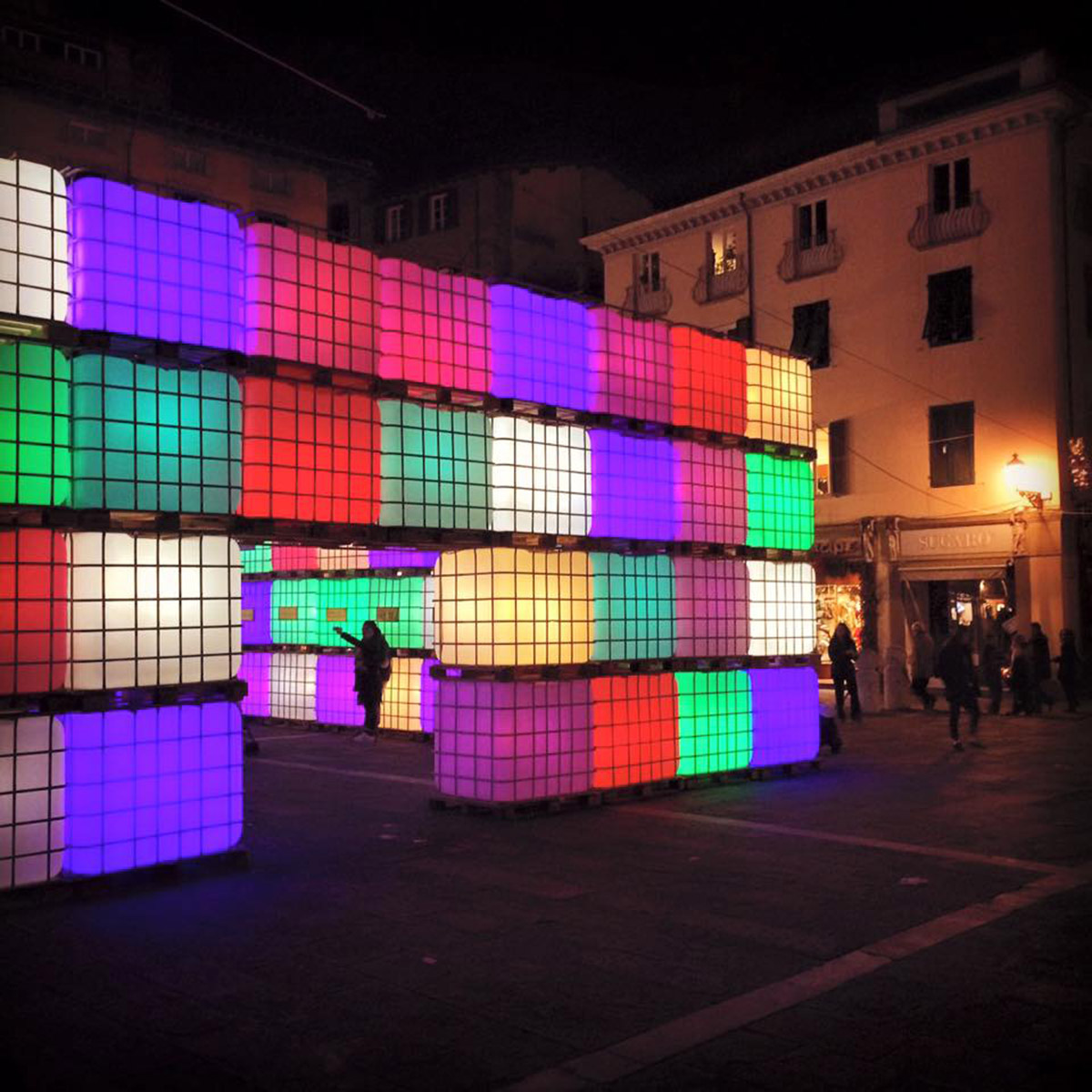