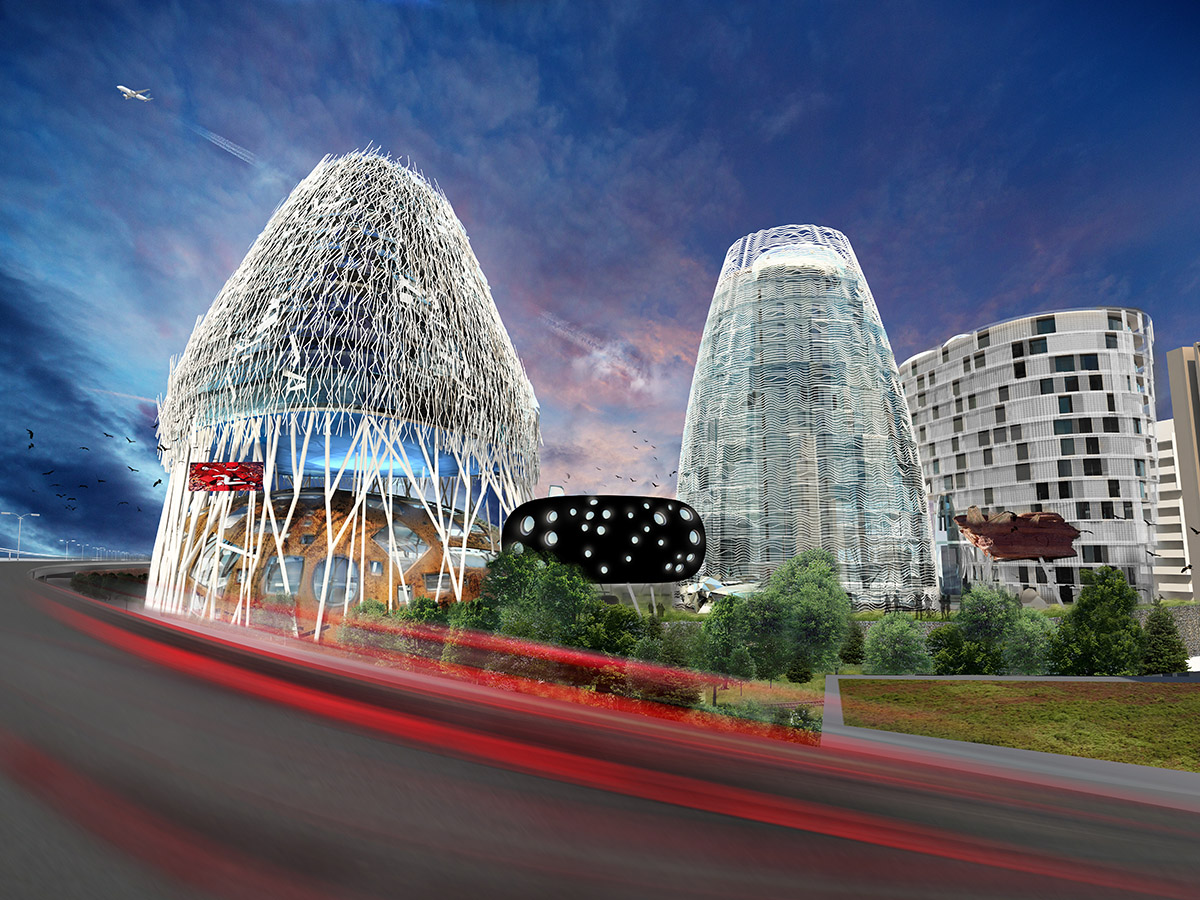 all images courtesy of ALL Design

Will Alsop loves ''Pods'' and pictorial designs since he is differentiated from many architects in terms of his style.  Will Alsop’s new scheme for site adjacent to M4 gateway into London has just been revealed. New images of a mixed-use development that seeks to transform a rundown 84 hectare site near the M4 have been revealed by Hounslow Council. Will Alsop’s practice, aLL Design, has created a highly original concept for a proposed scheme that will incorporate a new bus depot, new homes, a car showroom, office accommodation, a data centre and raised landscaped park space. The west London site is adjacent to the consented Brentford Community Stadium and will be a significant part of the renaissance of the Golden Mile. 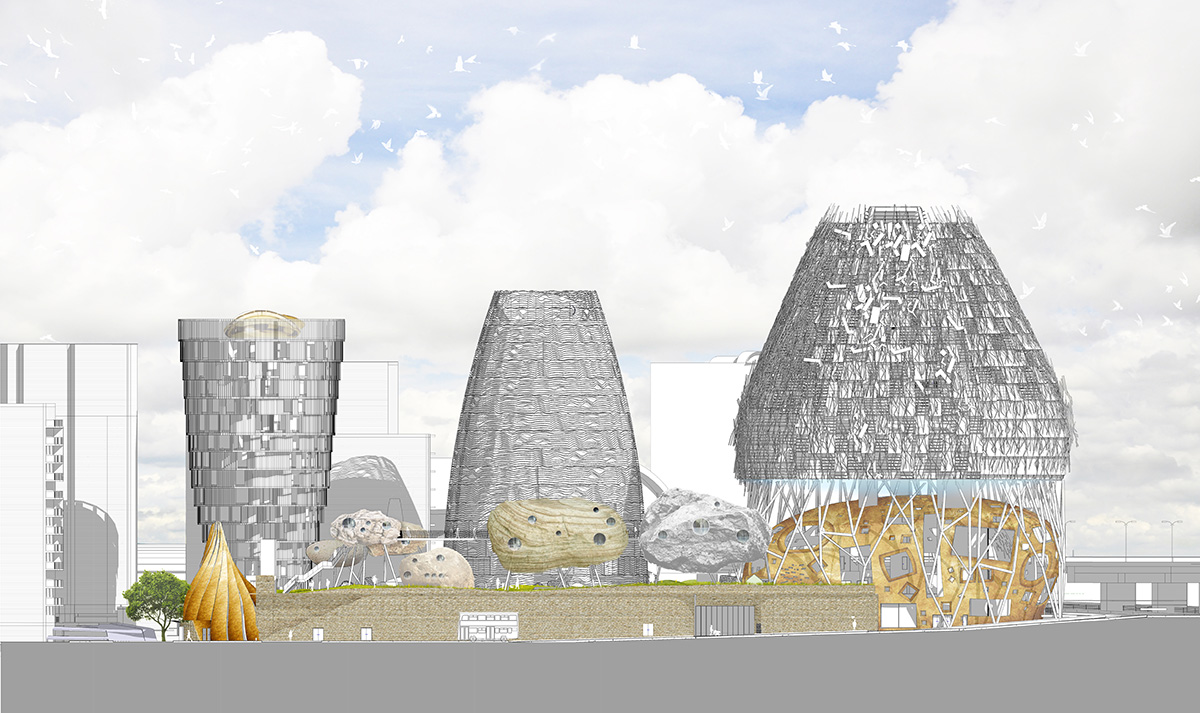 “Our aim is to make a positive contribution to the Golden Mile which, broadly speaking, follows the M4 section of the motorway, and is a gateway to London for millions of people each year. The requirement for the bus depot was of primary importance and led the team to design a mixed-use development that includes recreational facilities and a park; thus creating both a transport and community hub'' says Will Alsop. 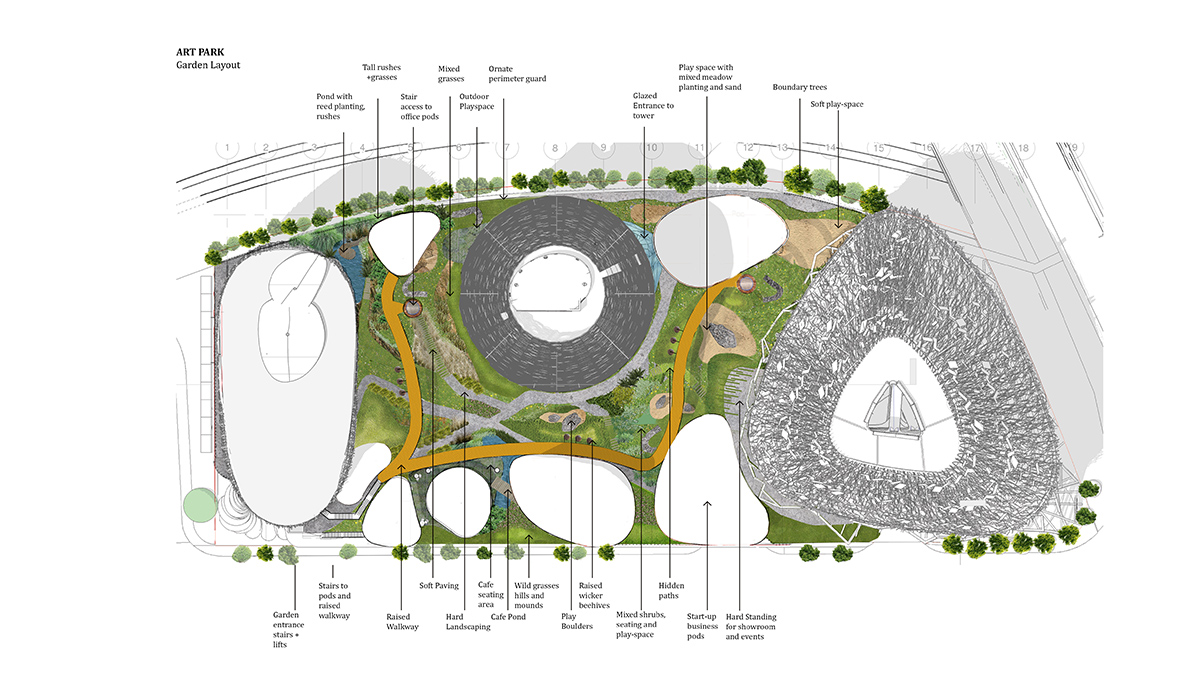 Furthermore the design studio aims to establish an exemplar of environmental engineering, by re-using energy to supply the needs of people living and working locally. aLL’s ethos is ‘to make life better’ and this project is an exceptional opportunity to put that into practice. We are looking forward to working closely with Hounslow Council and the local community to realise this ambition.”

''We have an ambitious vision for a strategic regeneration of the Golden Mile, making it fit for 21st Century working and living. We welcome high-profile architects like Will Alsop bringing forward imaginative design and strong investment in our borough.”  added Cllr Steve Curran, Leader of Hounslow Council.

Public consultations will start at the end of October 2015. It is anticipated that the scheme will be entered for planning during the winter of 2015-2016. aLL Design is currently working on several architecture and masterplanning projects in London and its immediate environs, as well as major projects in the north of England and overseas.