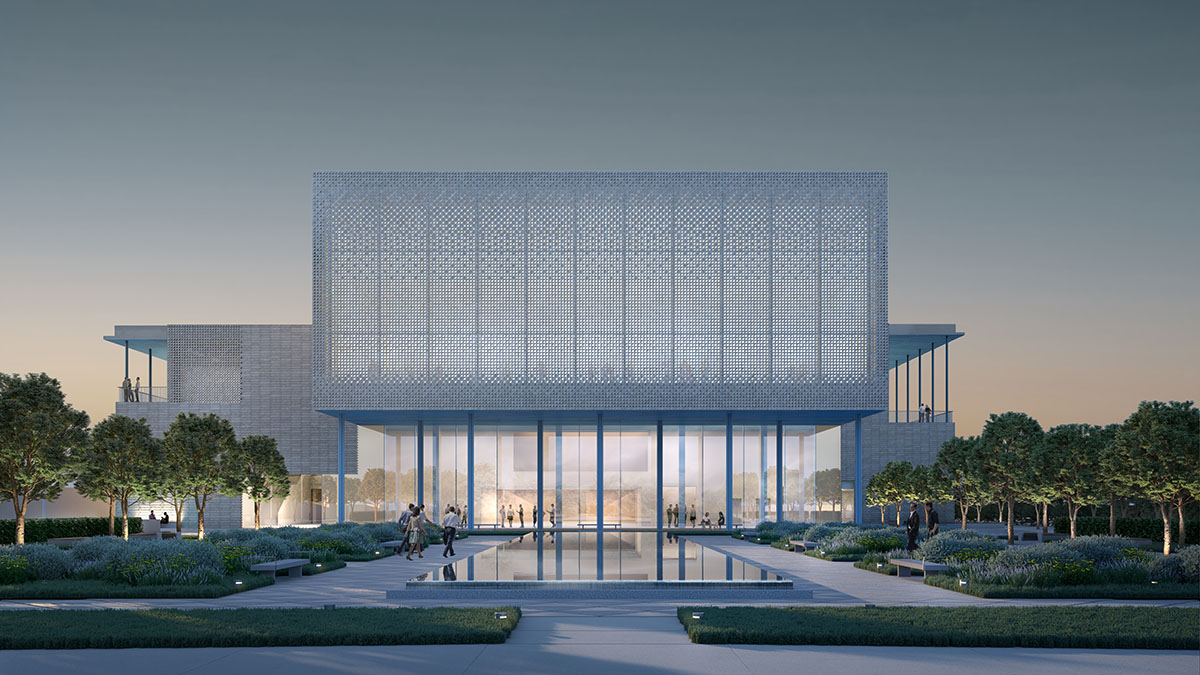 Farshid Moussavi Architecture's proposal was selected from among high-profiled architectural firms in a competition in 2019, including OMA, David Chipperfield and Studio Gang.

The new project is designed to foster the spirit of openness and create a dialogue with the Muslim community.

The new visuals, released by the firm, showcase a light and porous structure dotted with uniform patterns that provide both shade and privacy for the Shia Ismaili Muslim community in the United States. 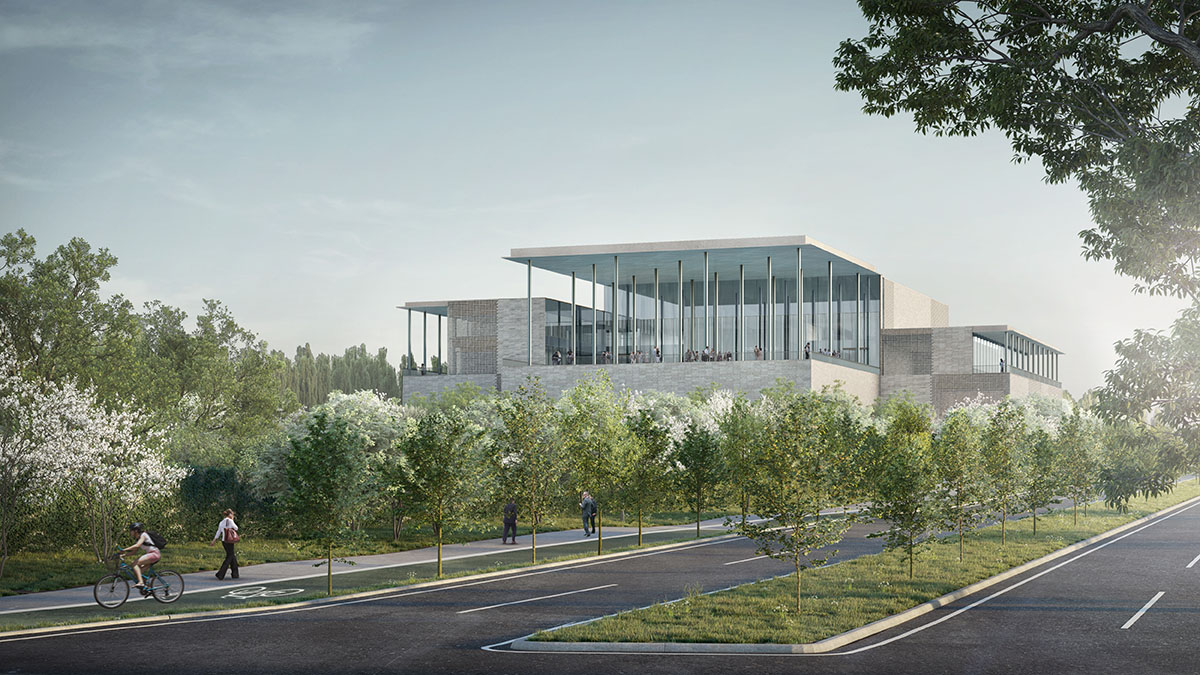 The Ismaili Center will occupy a 4.5-ha site, the other parts of the site will be used for gardens. It will be situated on Allen Parkway and Montrose Boulevard.

The Ismaili Center is commissioned by His Highness the Aga Khan, spiritual leader of the Shia Ismaili Muslims and founder and Chairman of the Aga Khan Development Network. Dedicated to advancing pluralism, public understanding and civic outreach, the  Ismaili Center in Houston will join its counterparts established in London, Lisbon, Dubai, Dushanbe (Tajikistan), Vancouver and Toronto.

Each of these buildings - designed by architects of international standing and multi-cultural sensitivity - is reflective of their own geographies and contexts. As ambassadorial buildings around the world, they are symbolic of the Ismaili community’s presence, pluralistic outlook and ethos of volunteering.

For the project, Moussavi draws inspiration from the traditional Persian forms and ornaments, including ceramic mosaics and screens drawn from Islamicate traditions around the world.

The Ismaili Center Houston will be a new venue housing educational, cultural and social events, which is aimed to encourage understanding and facilitate the sharing of perspectives across peoples of diverse backgrounds, faiths and traditions.

"The building will also provide space for quiet contemplation and for prayer, as well as serve as the administrative headquarters of the Ismaili community in the USA." 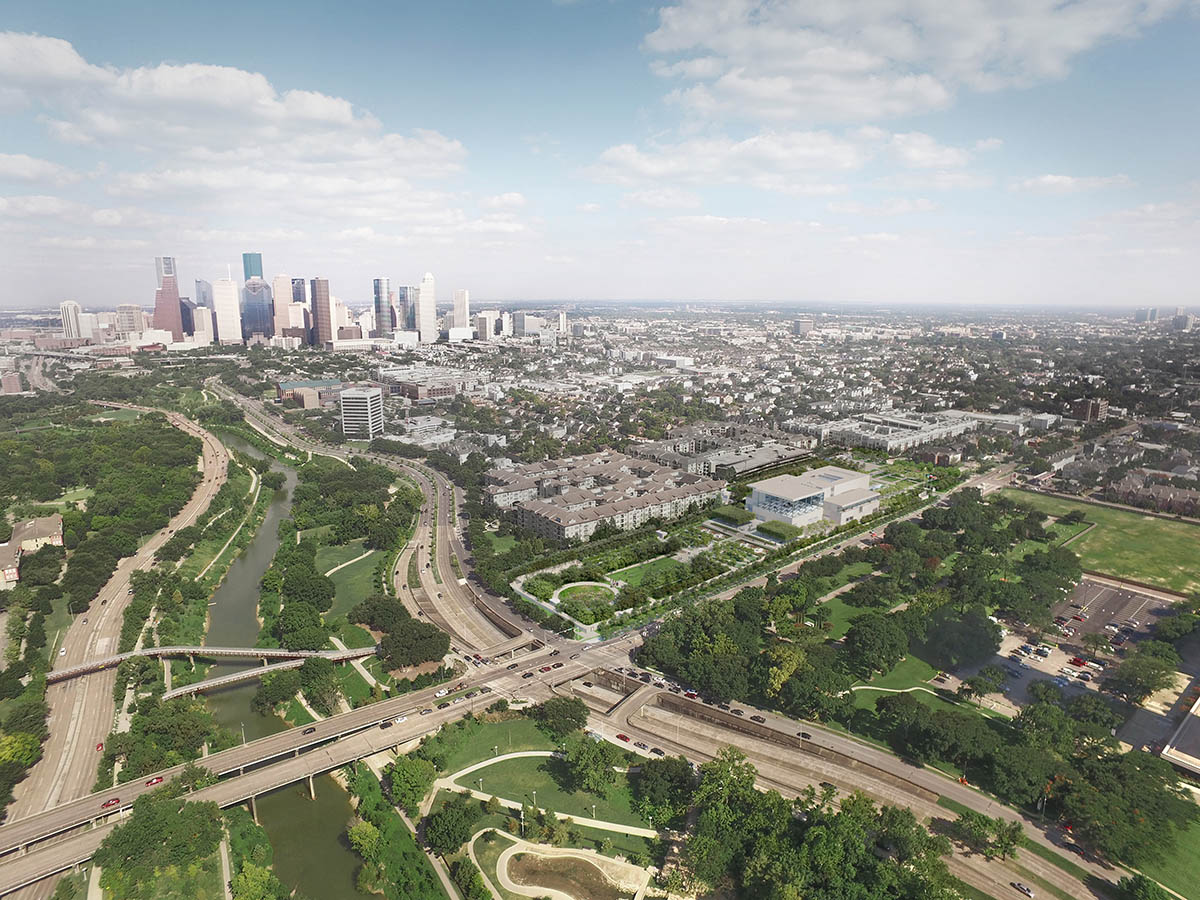 "The Ismaili Center Houston would act as a symbol of dialogue"

In a public presentation on November 15, Moussavi said that “What made this project especially rewarding was the close alignment between the aspirations of the client and architect. What made it especially challenging was my awareness of the rigorous standards that His Highness the Aga Khan has established for architecture!."

"We have tried to work with Islamic design philosophy, and celebrate its singularity and unique qualities as well as the features it has in common with Western design, so that the building, both through its fabric and through the way it is used, would act as a symbol of dialogue," added Moussavi.

The building is envisioned to have a compact footprint, leaving large portions of the site to be used as gardens. Considering the frequently hot and humid climate of Houston and the prominence of the site in the city, the Center is designed with a tripartite form with each of its volumes hosting a soaring eivan (veranda) to enable social and cultural gatherings to occur outdoors throughout the year. 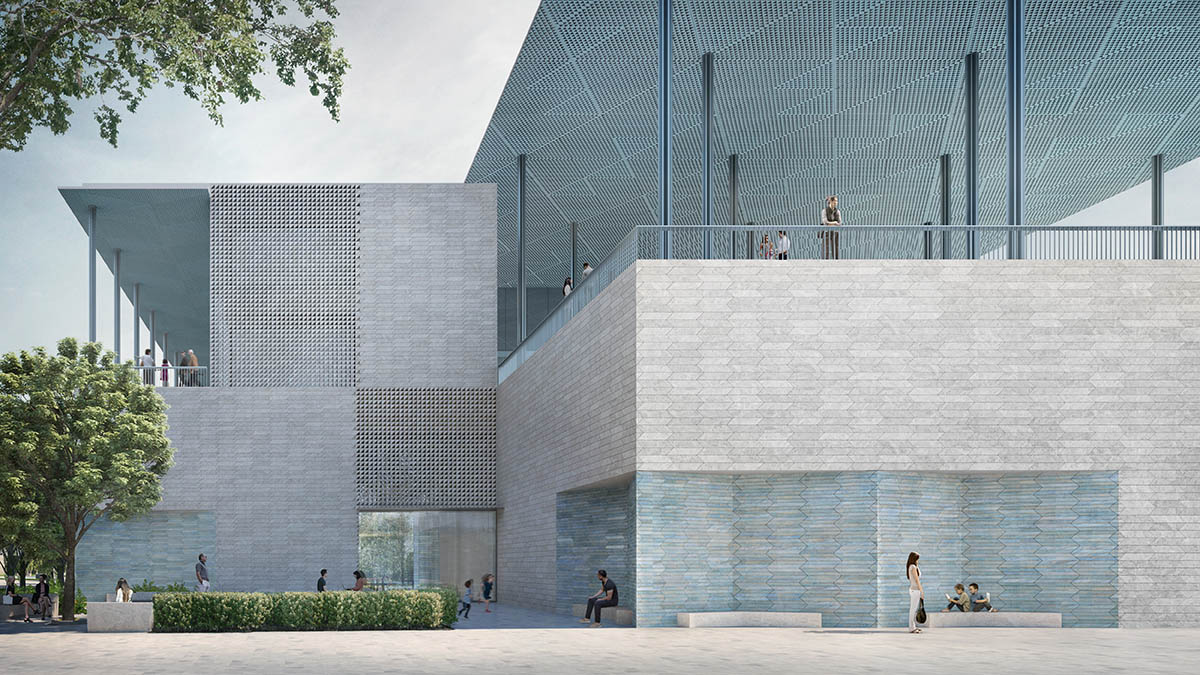 The eivans will be supported by 49 slender columns reminiscent of those used in Persepolis and 17th Century palaces in Isfahan, Persia.

The building will be open on all sides and visible from all approaches to the site, the eivans will make the Ismaili Center open and inviting in every direction. At night, they will transform it to a beacon of light along Montrose Boulevard and Allen Parkway.

For architectural language of the Center, the Center’s design is quite contemporary in its overall expression, which is reflective of a historically rooted, rich architectural heritage.

As the design team emphasizes, the project is envisioned with sustainability principles, "assuring enhanced energy performance and longevity and durability of materials, by encasing exposed steel with concrete for a 100-year lifecycle, and using stone for the building’s exterior walls."

"Conceived as a tapestry in stone, the exterior walls will transition from solid areas to porous screens that will provide shade and privacy, and from flat surfaces to deep alcoves to permit shady repose fronting the gardens."

"The building exterior will therefore be defined by simplicity of form, openness, and an abstract decorative character," adds the studio.

The building interior will include three atriums that will act as common, non-exclusive flexible spaces between rooms dedicated to specific events.

Each atrium is located adjacent to an eivan to bring in natural light and views of the sky to the heart of the building. The central atrium’s stepped structure clad in ceramic screens, celebrates the heritage of the cupola dating back to 3000 BCE, dominant in both the architecture of the Sasanian period in Persia and the Christian buildings of the Byzantine empire.

The west and east atriums will give access to a theater, a large hall and learning spaces. 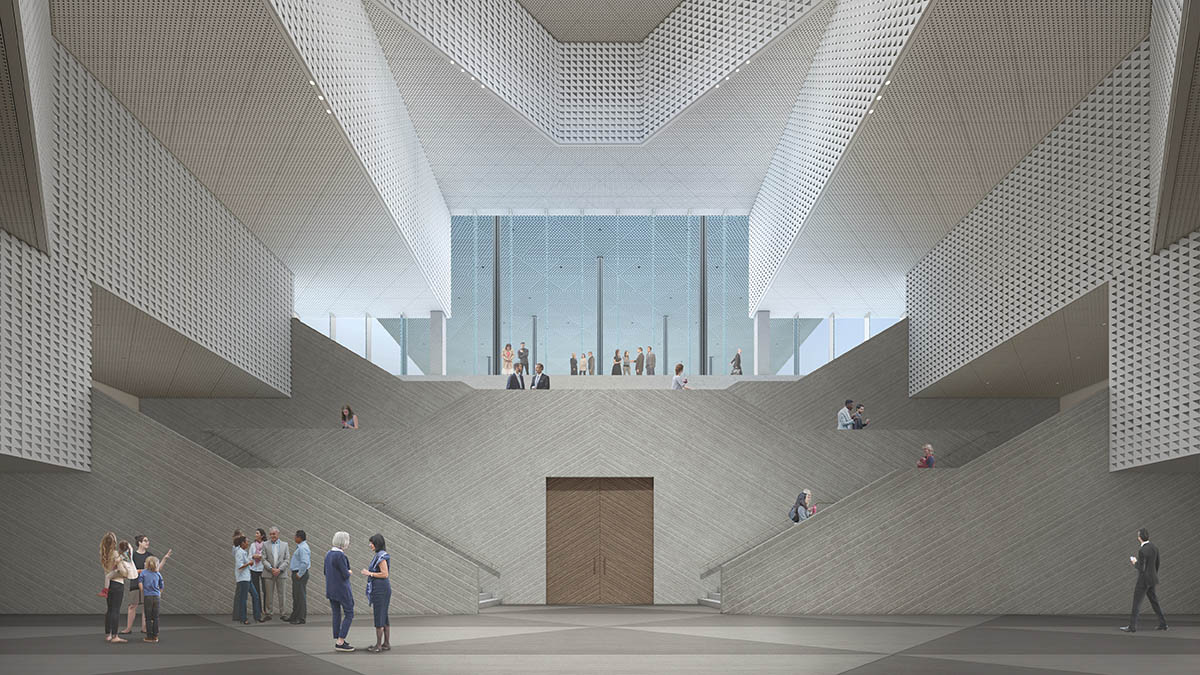 "The Center will elevate, yet again, Houston on the world map as a global city where people of all backgrounds can come together. This notion of learning about and accepting differences amongst peoples and communities, what we call pluralism, is central to the Aga Khan’s vision for the survival of an increasingly interconnected world," said Houston Mayor Turner.

"The Ismaili Muslim community in Houston and the United States continues to actualize the values that these Centers aim to promote – friendship, service, and mutual understanding."

Another key component of design is its landscaped gardens which will provide a sense of serenity and peace and offer a respite from its urban surroundings.

The gardens will incorporate tree canopies, fountains, shaded footpaths, flowerbeds, lawns and walkways. These will be spaces of solace, providing for the rejuvenation of the mind and the spirit.

The Ismaili Center Houston will offer a new dimension to the cultural life of the city and a place of gathering for the Ismaili community where visitors will be welcome. Moussavi served as a chair in the Aga Khan Award for Architecture Master Jury in 2004. She has also served as a member of the Award’s Steering Committee from 2005 to 2015.

The firm is behind significant projects, including the acclaimed Museum of Contemporary Art in Cleveland, USA, a residential complex La Folie Divine in Montpellier, a multi-tenure residential complex in the La Défense district of Paris, flagship stores for Victoria Beckham in London and Hong Kong, and the Toys Department for Harrods in London.

All images courtesy of FMA.