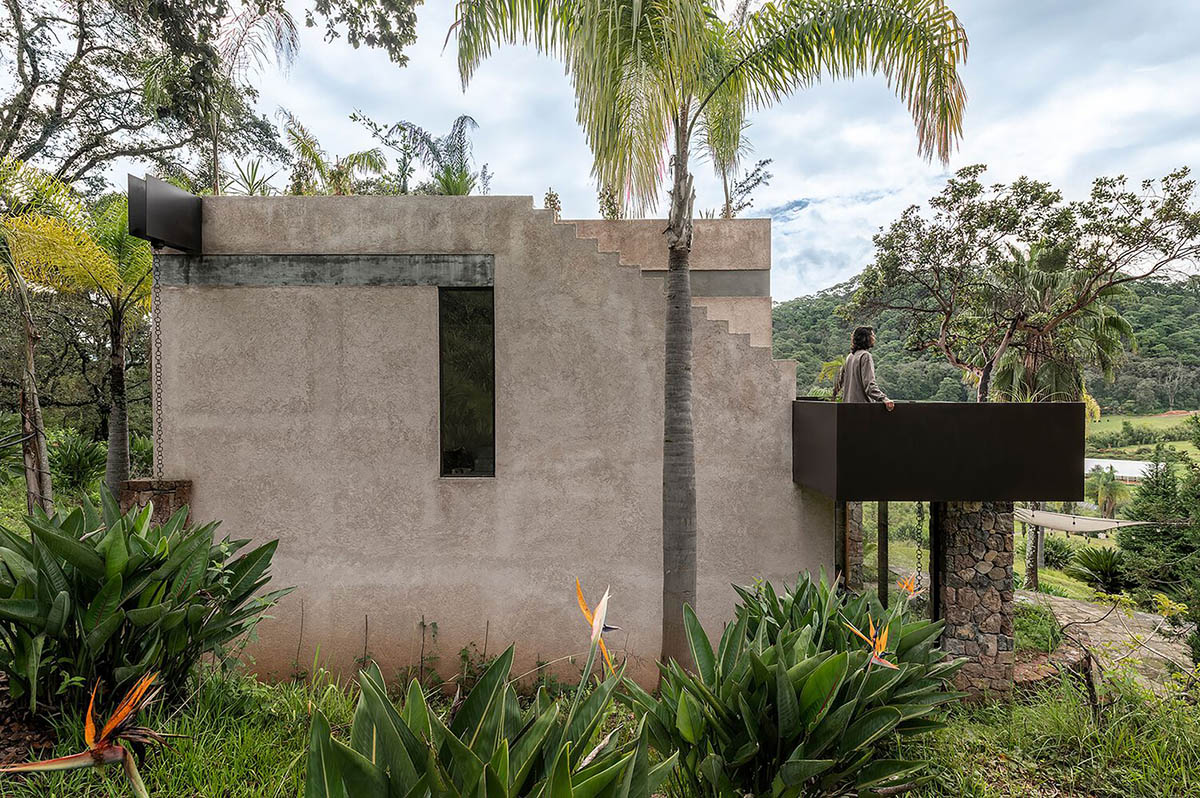 The project, called Casa Chulavista (or Chulavista House), is nestled in an abundant natural valley environment in which the site is located a few hours from Mexico City near Valle de Bravo, a place set apart by its splendid flora and fauna.

Encompassing a total of 200-square-metre area, the two-storey house plays with different volumetric arrangement that creates a different combination of spatial qualities. 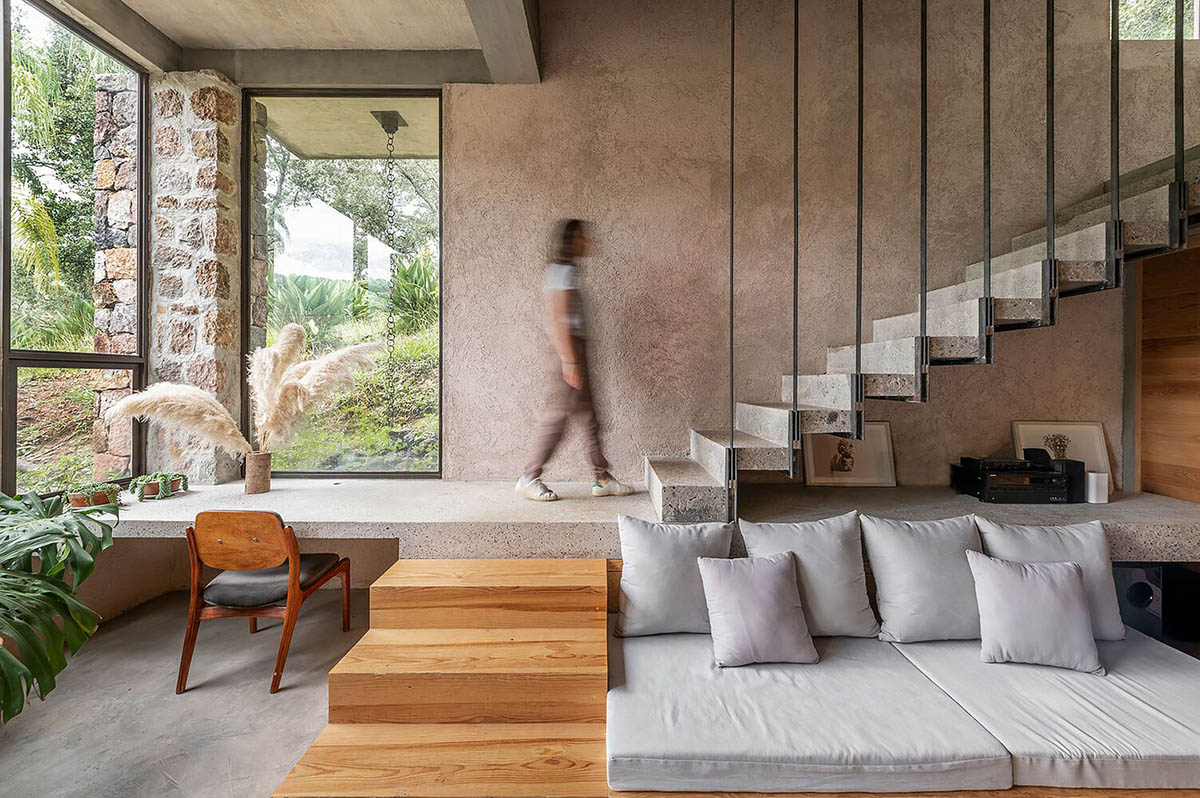 The house was designed as a getaway residential complex built within the facilities of Rancho Chipicas, an enclosure for the agriculture of organic products as well as other farm activities.

Conceived as an intervention of a pre-existing house, the new extension aimed to amplify the built environment into the landscape. "The premises of the surrounding context define the set of rules for the intervention," said Luis Carbonell.

As the studio explained, the design team intended to preserve the predominant trees around the house, and secondly, they wanted to "enable a transformation of the space in the least intrusive way." 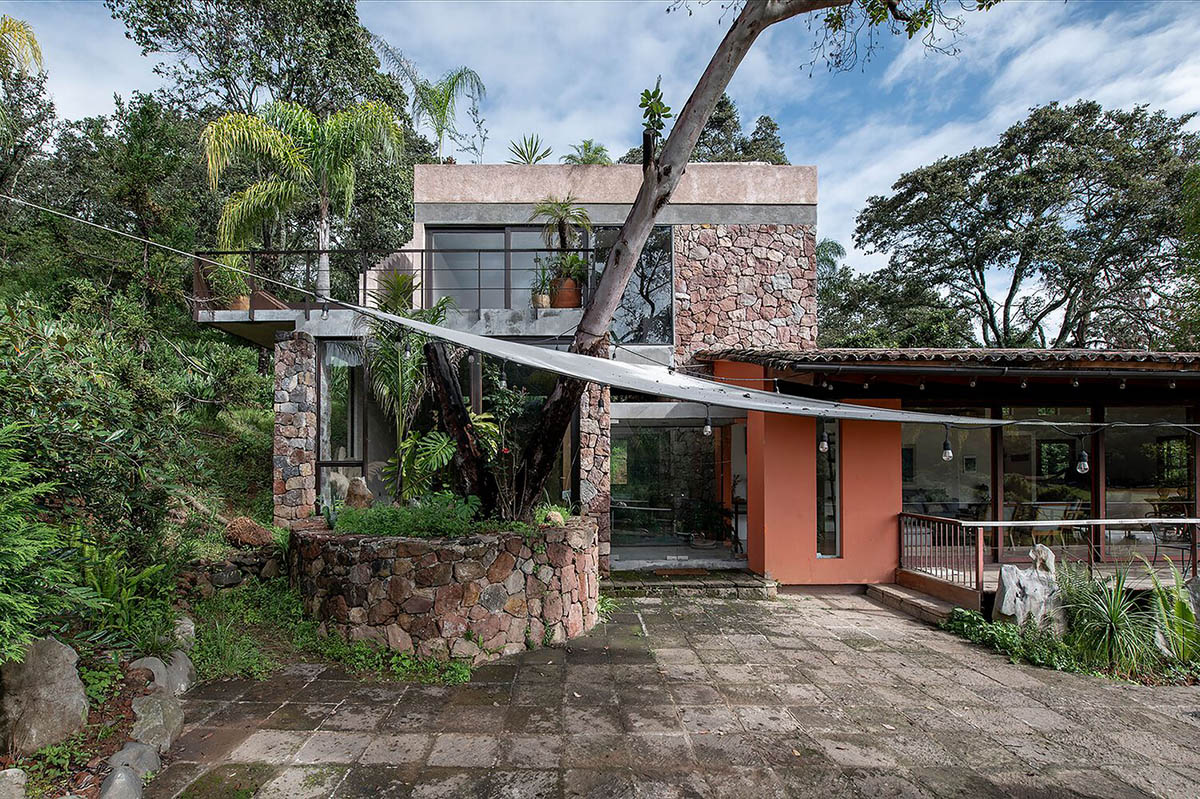 For this reason, the extension had to take place on the west side, connecting with the main structure through bridges and volumetric superpositions.

To complement a visual coherence, the studio used the same architectural language and materials in the scheme in which becomes part of the integrative process. 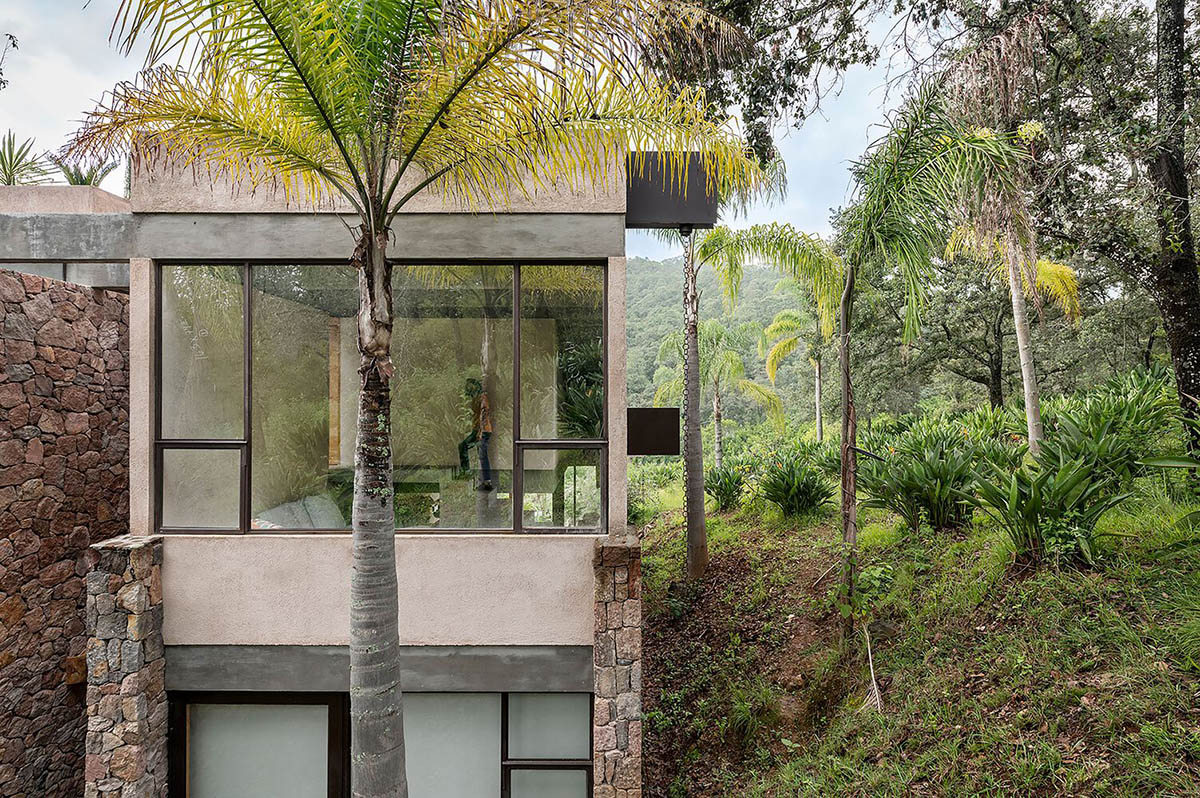 The studio placed shared and public activities within the original house, while the private areas are connected with a new set of bridges, which create an extension on the first floor, unfolding from a new expanse.

"The circulations create a gradual transition into privacy, reducing the height across the hallway to be then again revealed onto a new open high ceiling space," said the studio.

"The visual connections are preserved, whereas new environments emerged along with a series of gardens in between." 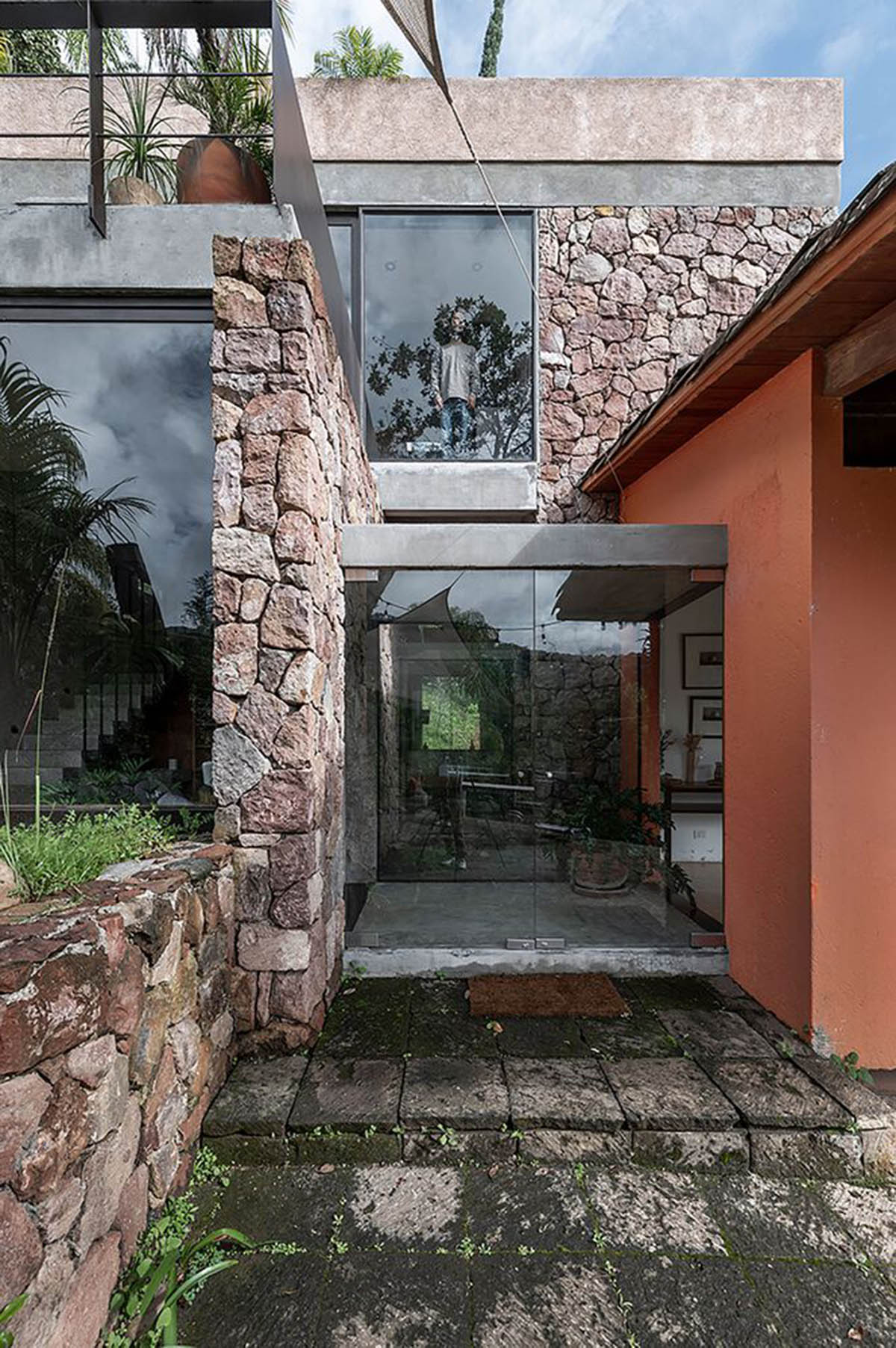 The smooth spatial transitions become the main design component of the project. According to the architects, cohesiveness on the second floor acquires another form.

"In this case, the bridge is built overlapping in connection with the existing tower. The bathrooms and service areas remain consistent as a vertical sweep to the adjacent rooms on both floors," added the studio. 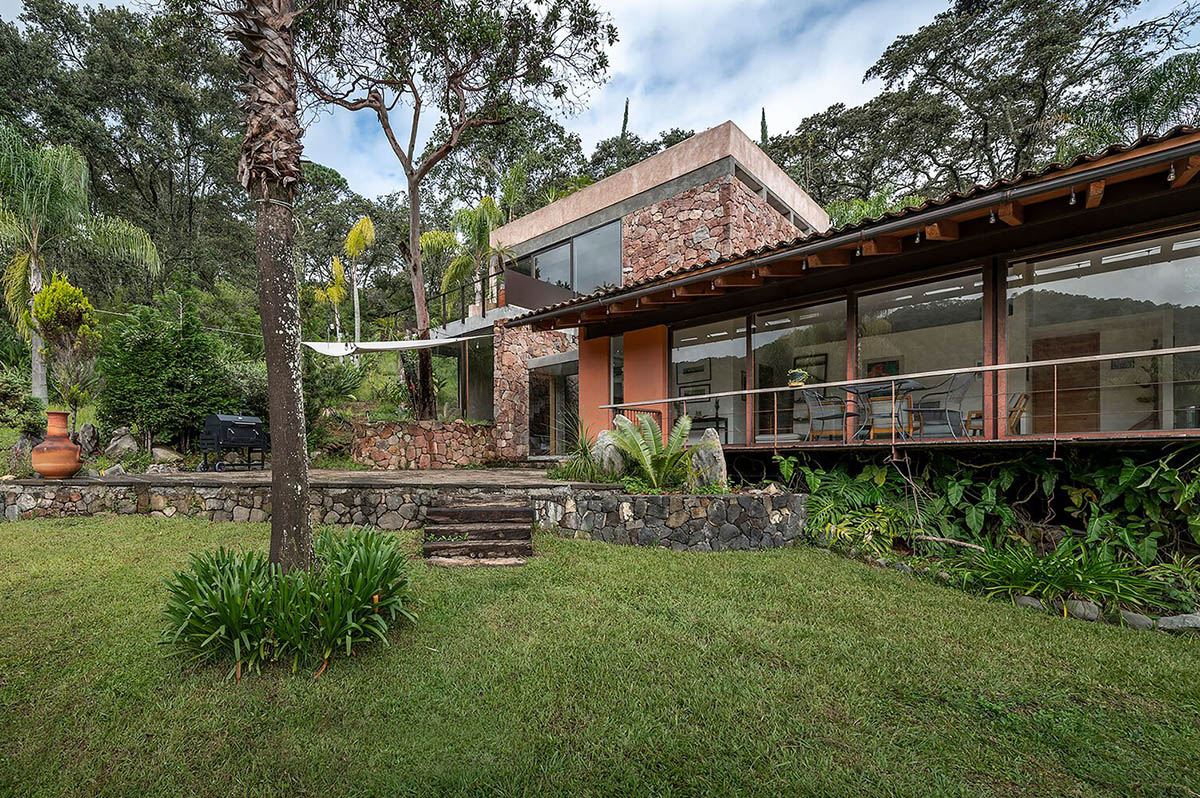 For effective structural solution, the architect paid attention to the present situation of the existing house, so the construction technique becomes a key component for an atypical relationship between both constructions.

"The addition is not only supported but is also hanged and loaded as a strip, connecting all structural elements through beams and slabs," the studio explained.

"By doing this transfer of loads we manage to avoid the central support and therefore the whole span of the interior is free and interconnected. An open ground floor is perceived lightly and flows into the three stair-connected levels." 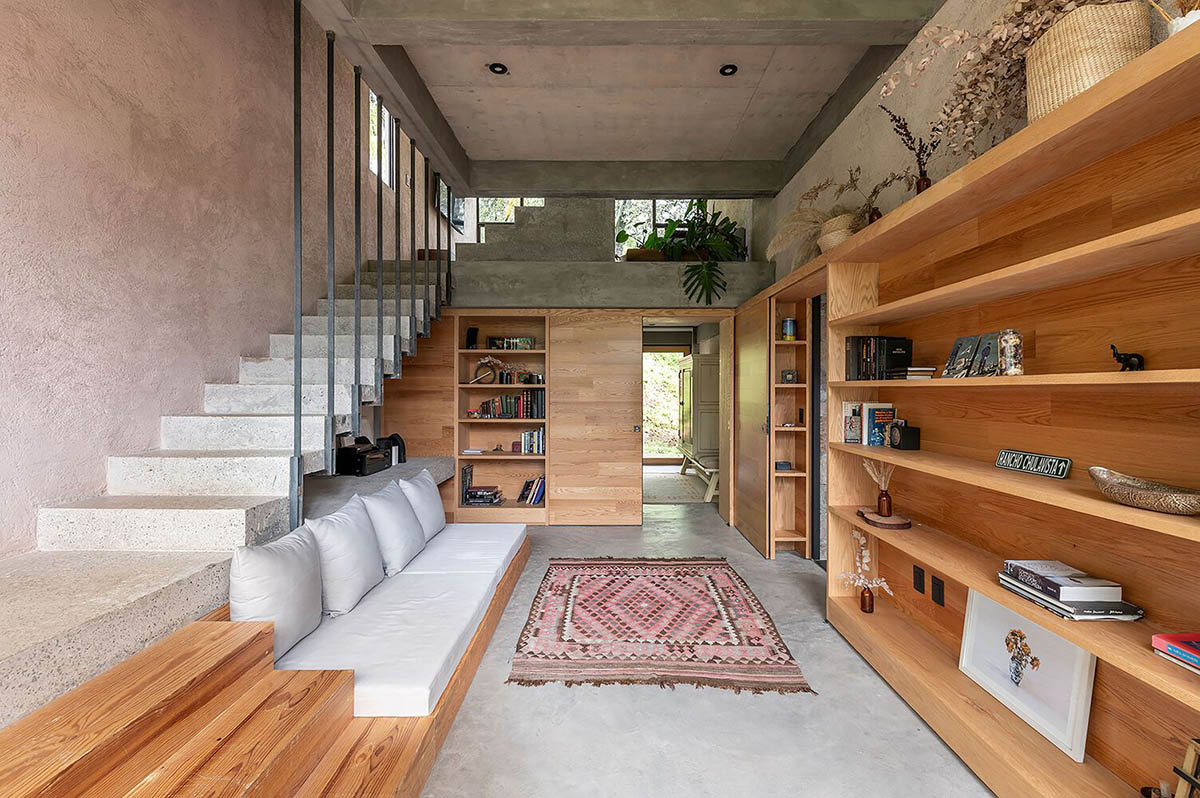 The interiors are created as a multidimensional bond where spaces interact each other.

All rooms are visually connected to each other, individually unfolding into their full amplitude and height. "Altogether these extensions co-exist adapting to the program and activities to serve," the team added.

"In the beginning, the floor evolves and develops into part of the furniture only to be transformed again into the stairwell playing with the borders of materiality and textures." 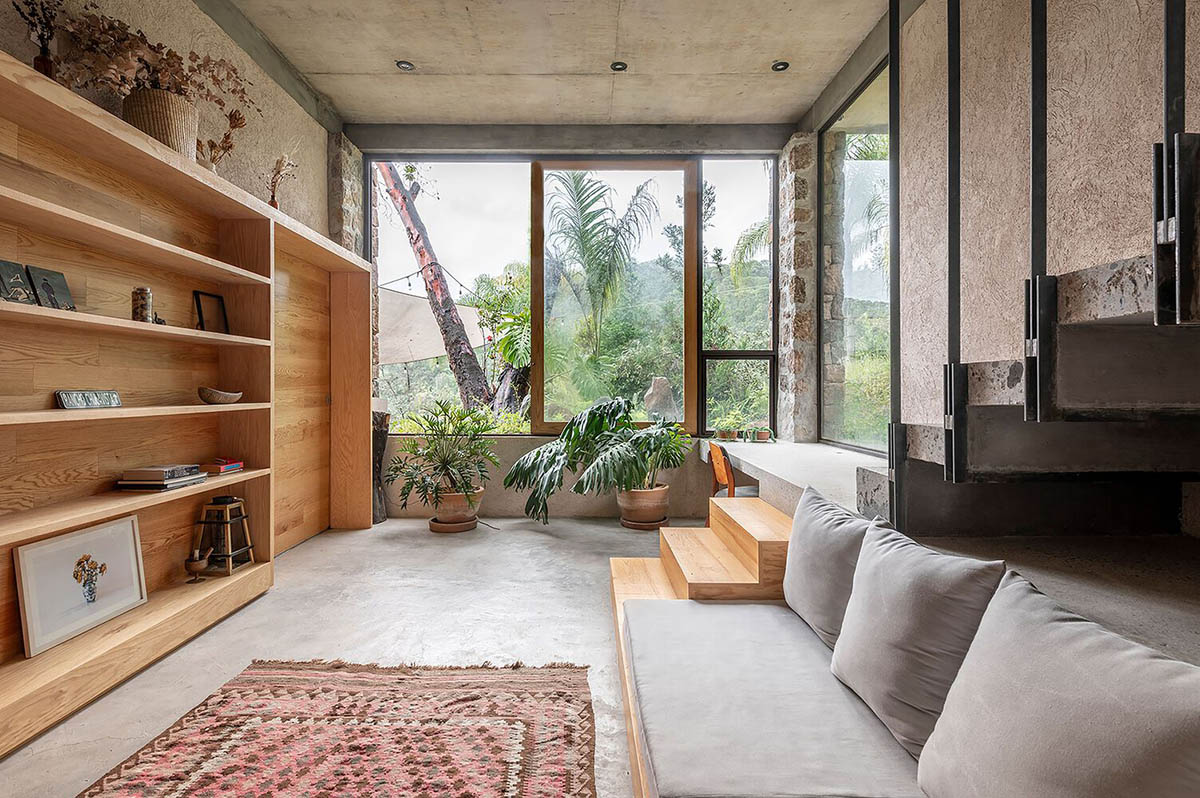 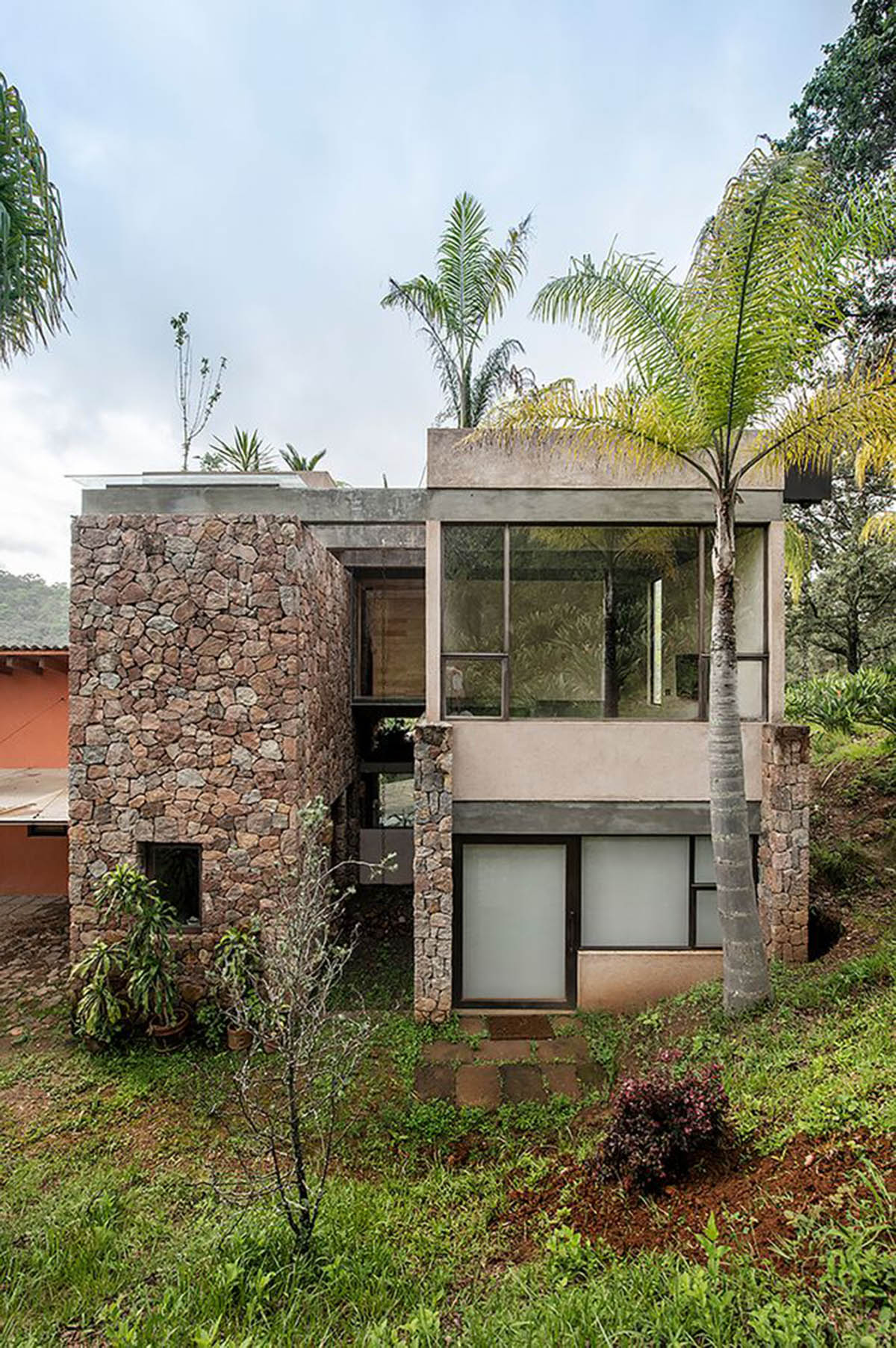 The living room ascends to the studio halfway and then continues to the bedroom, which exits onto the balcony where it turns and connects with an exterior stair that leads to the rooftop, the final extension of the addition, a panoramic view of the valley that holds this tower. 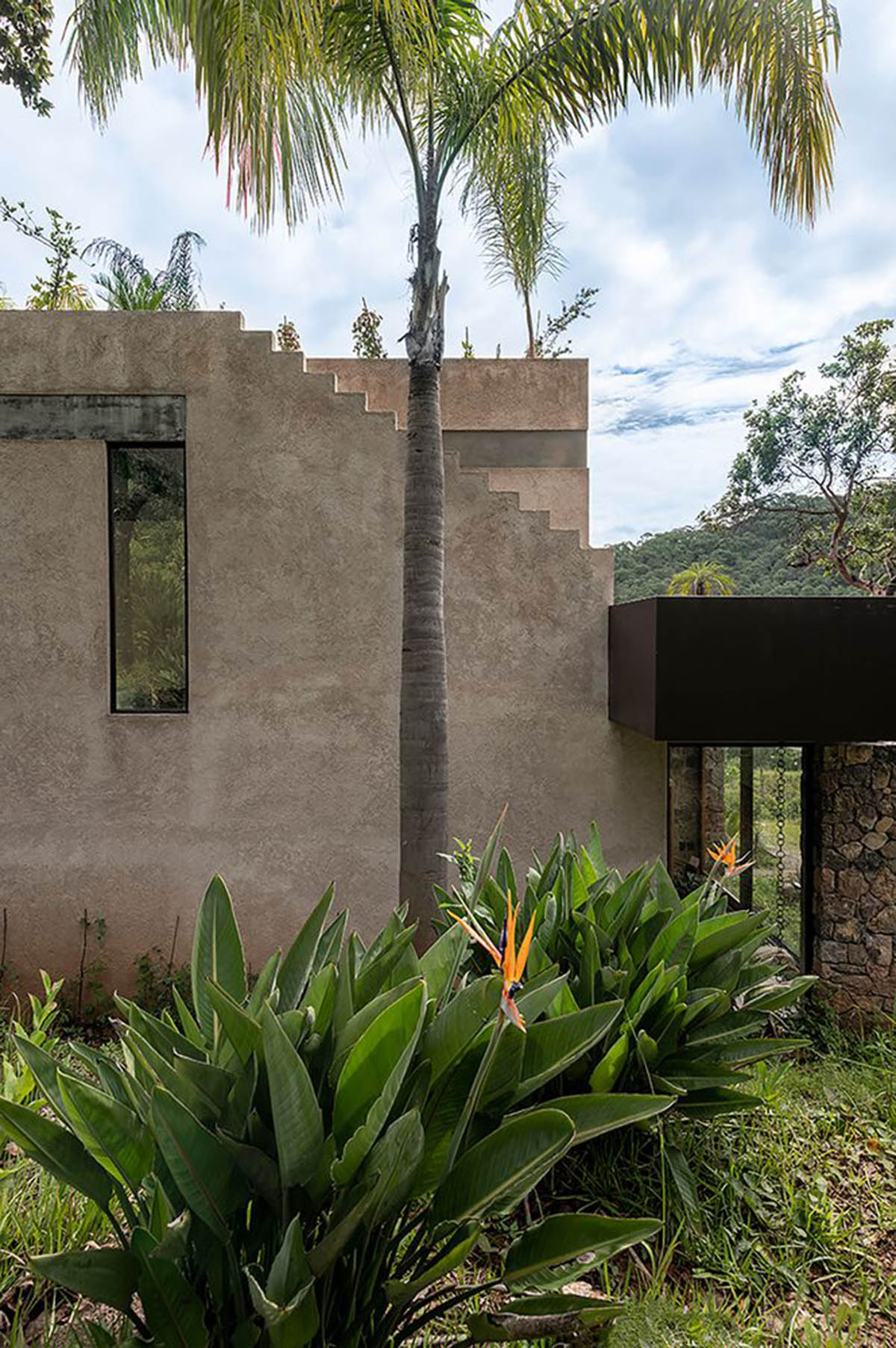 All construction parameters are based on verticality to reveal the history of layers, rhythms, and patterns. Surging from a sturdy and heavy stone plinth, the openings align the view as landscape notes. Gradually, each opening expands until they are absorbed by the vast vegetal spectrum all around. 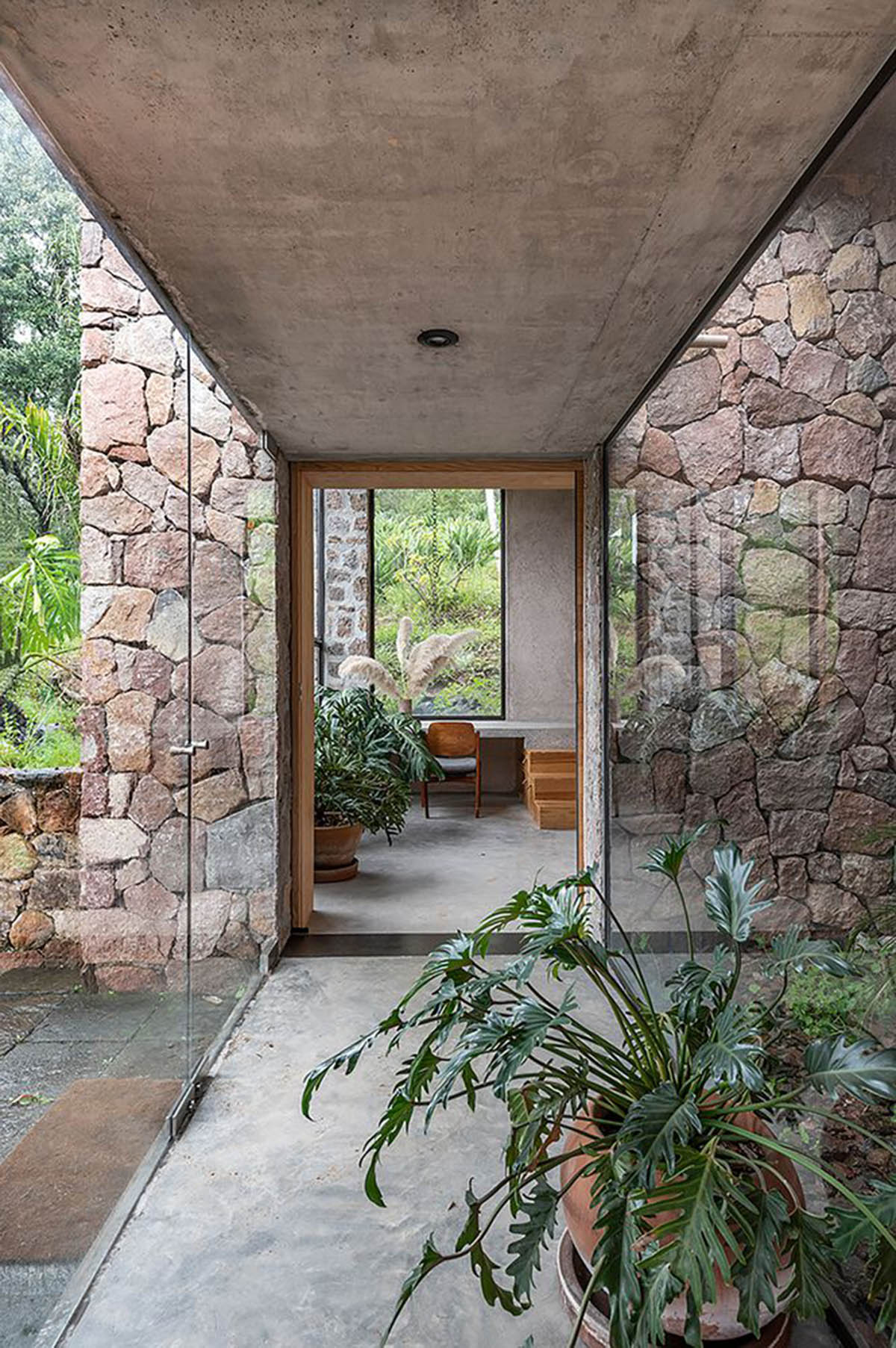 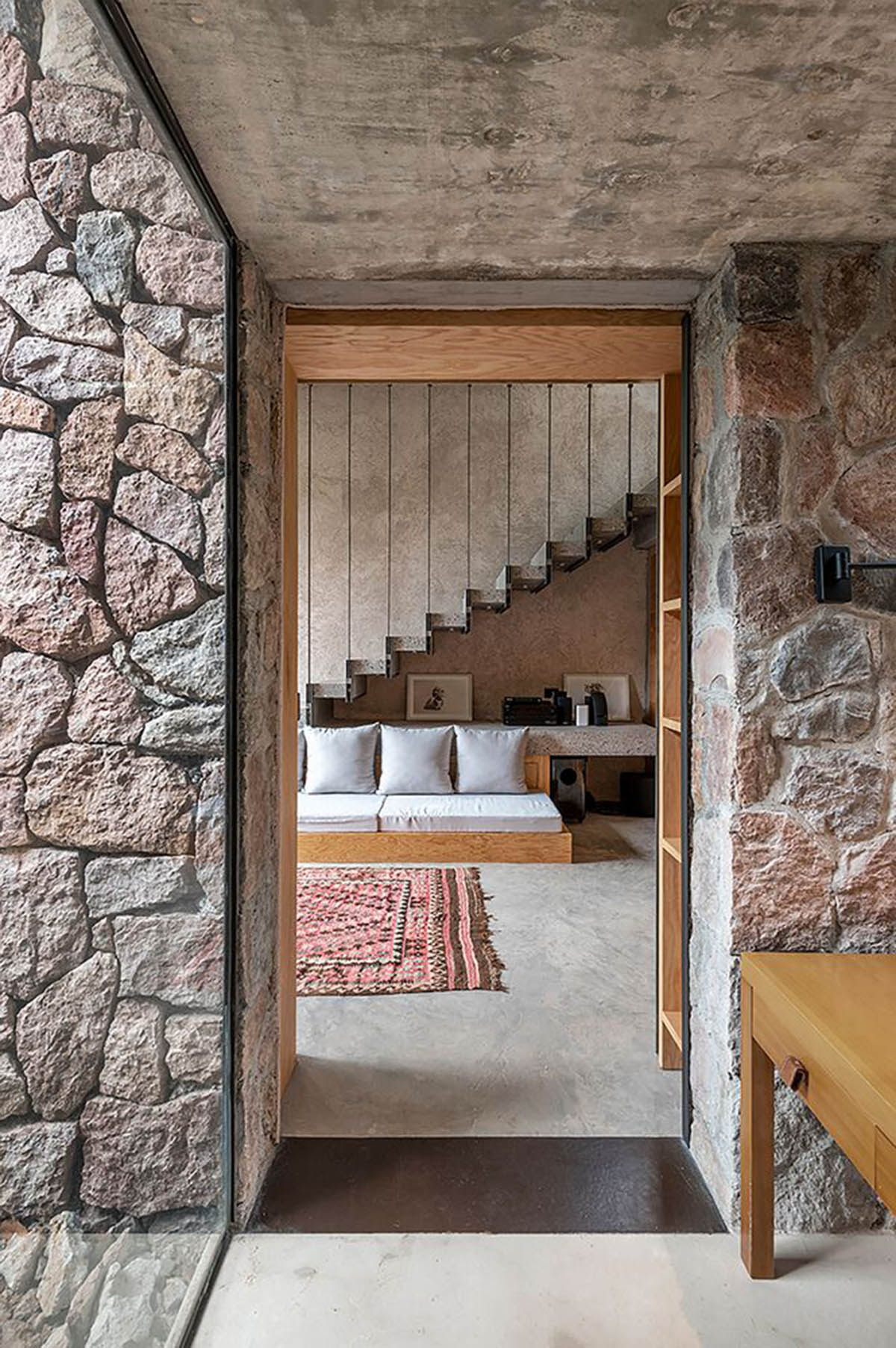 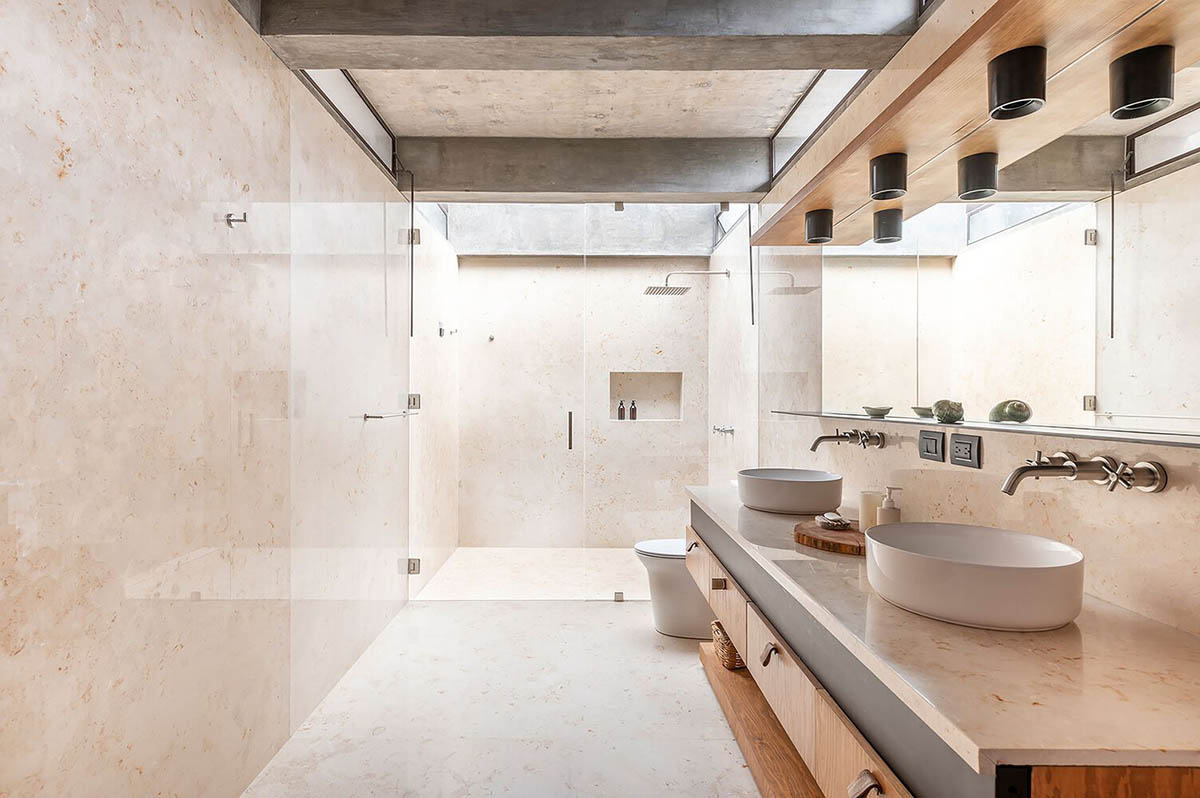 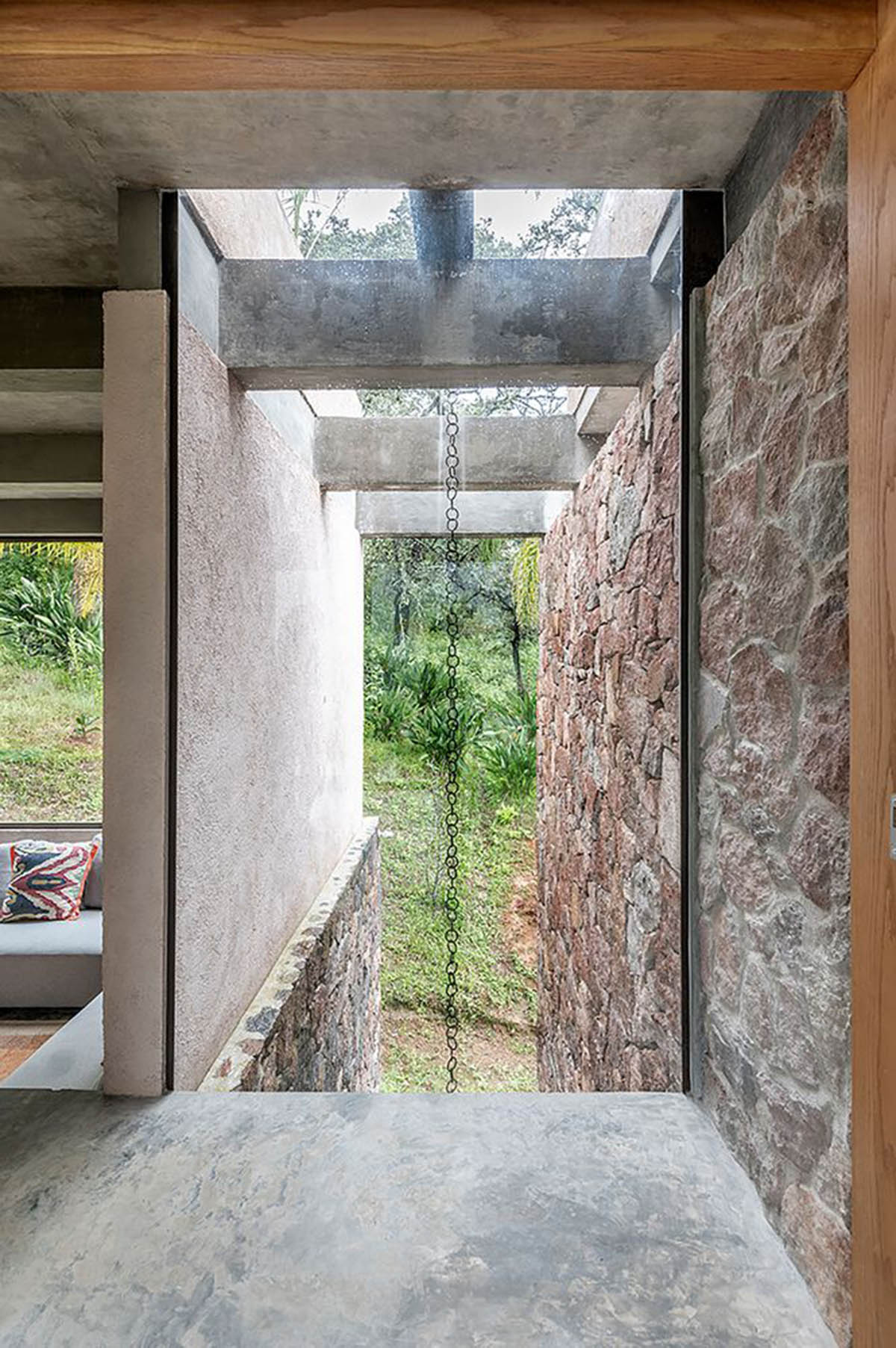 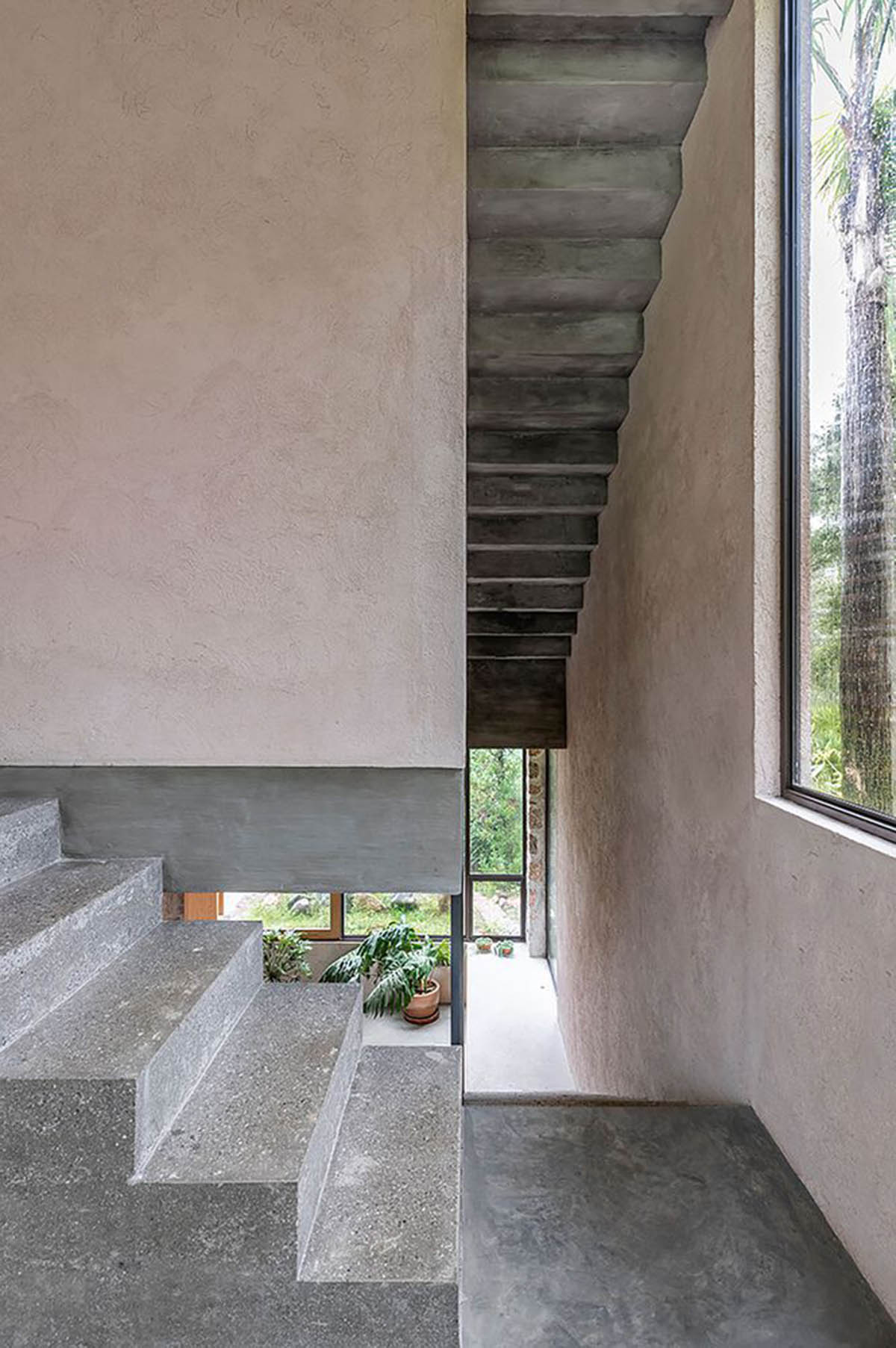 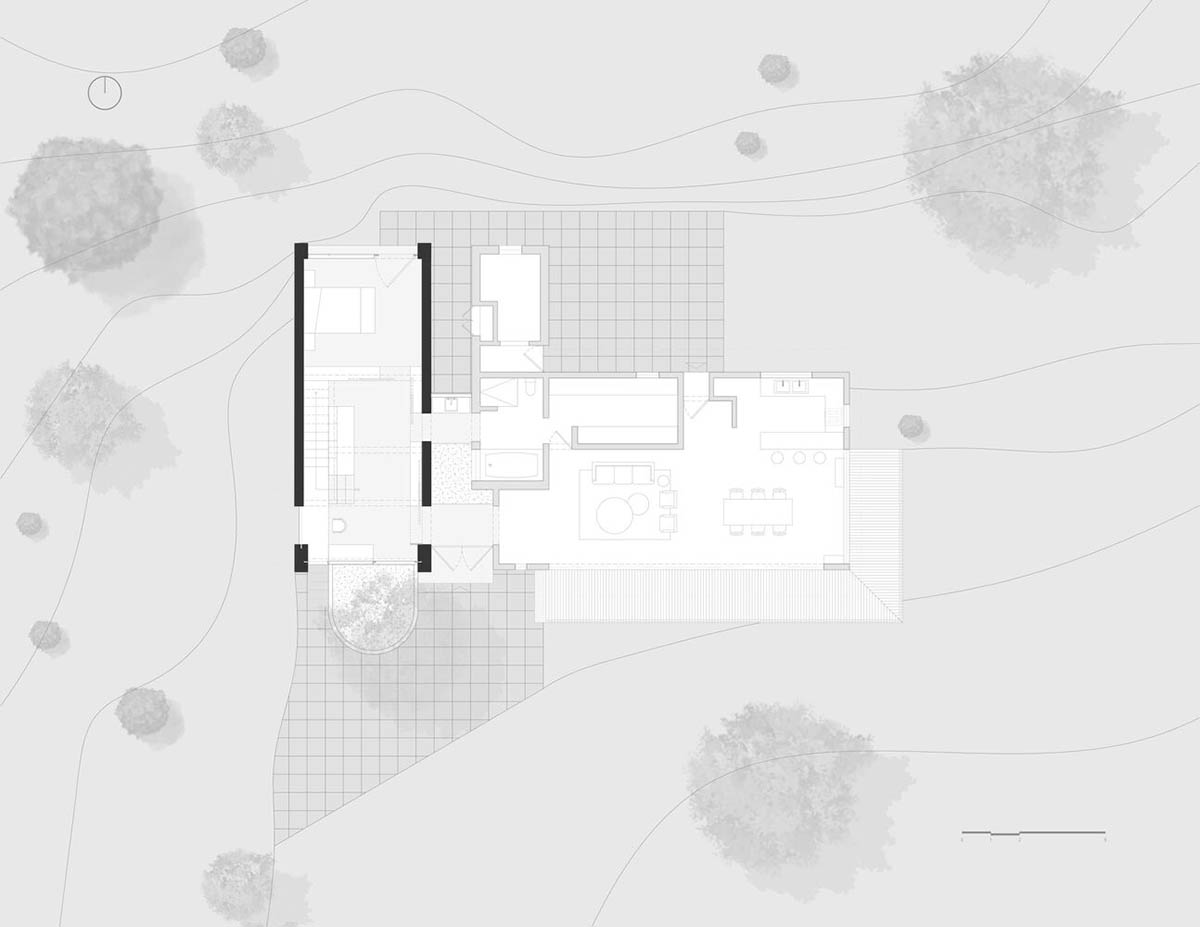 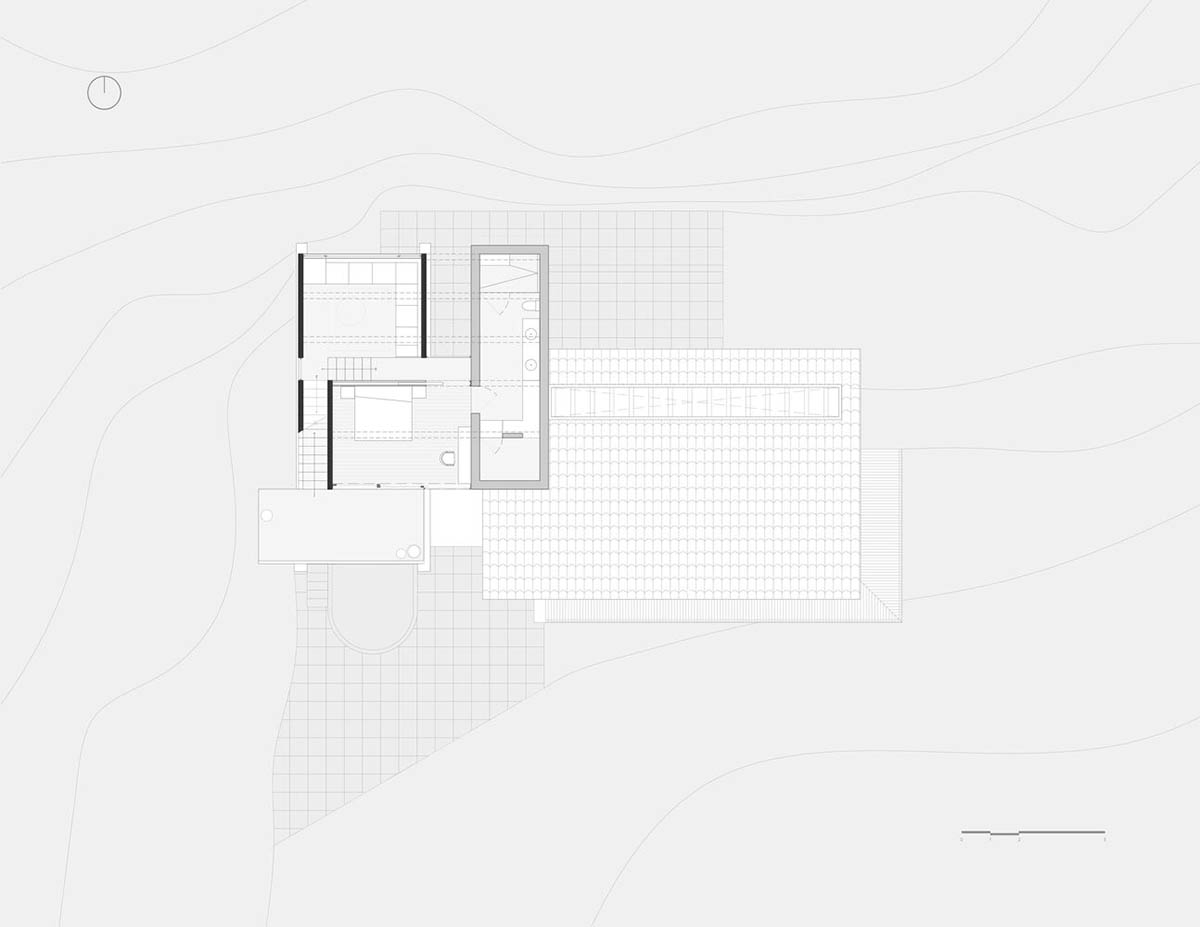 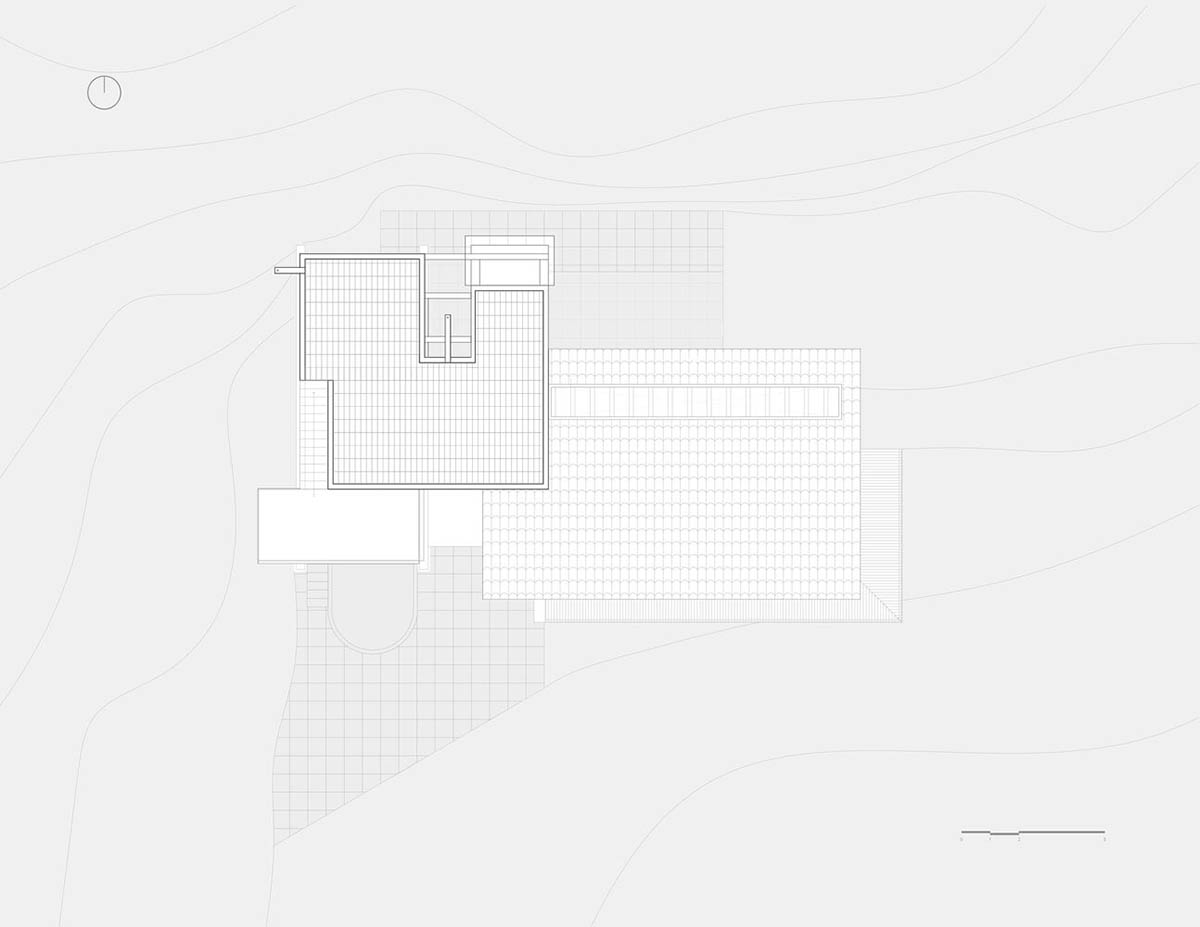 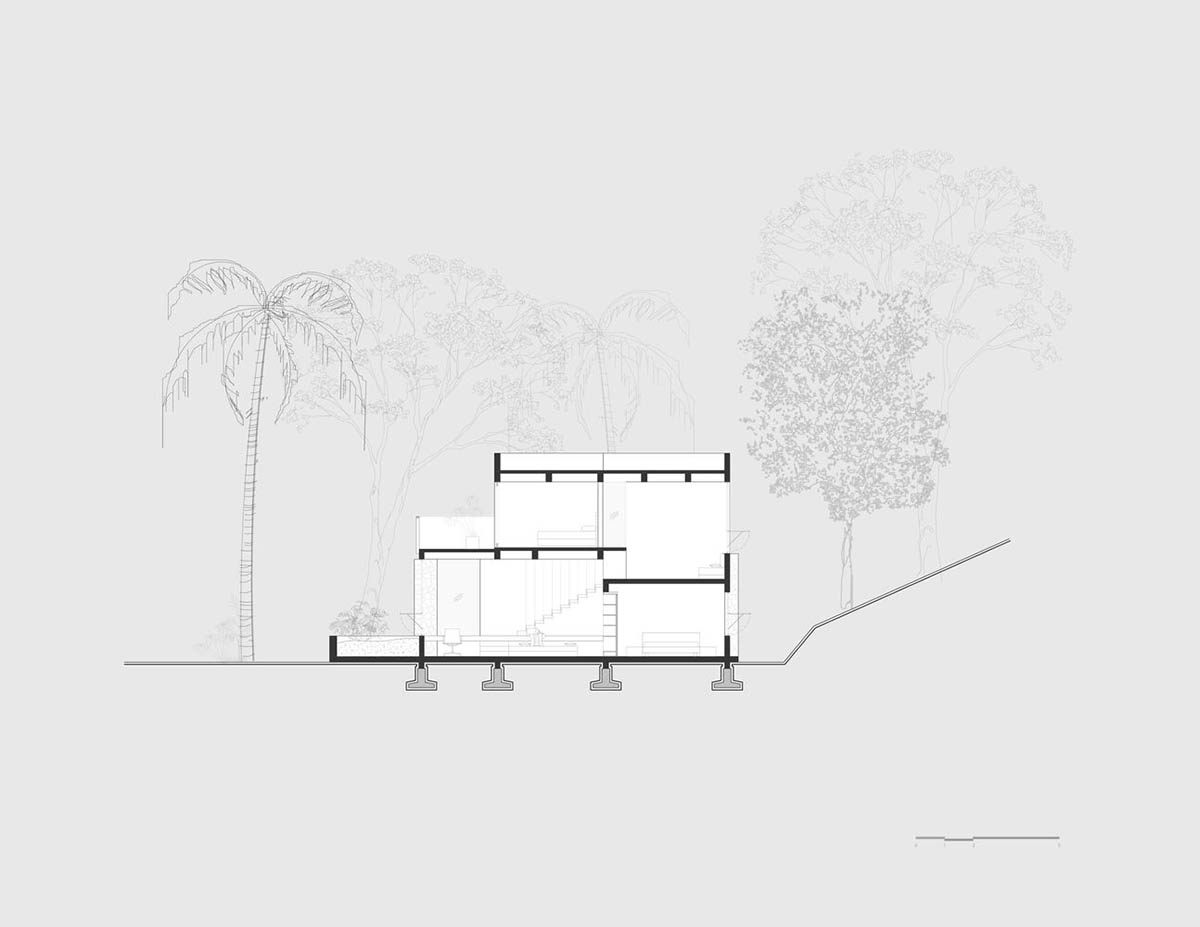 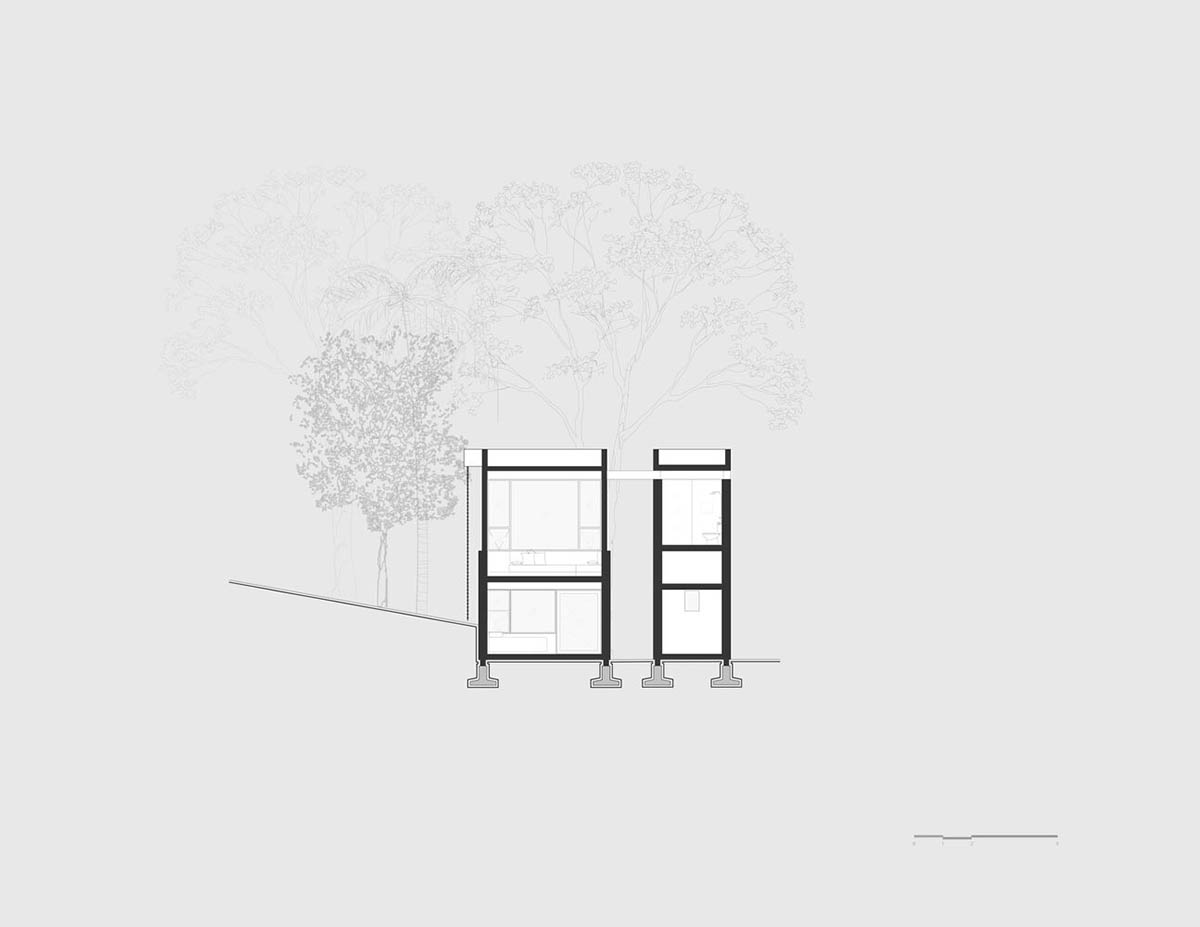 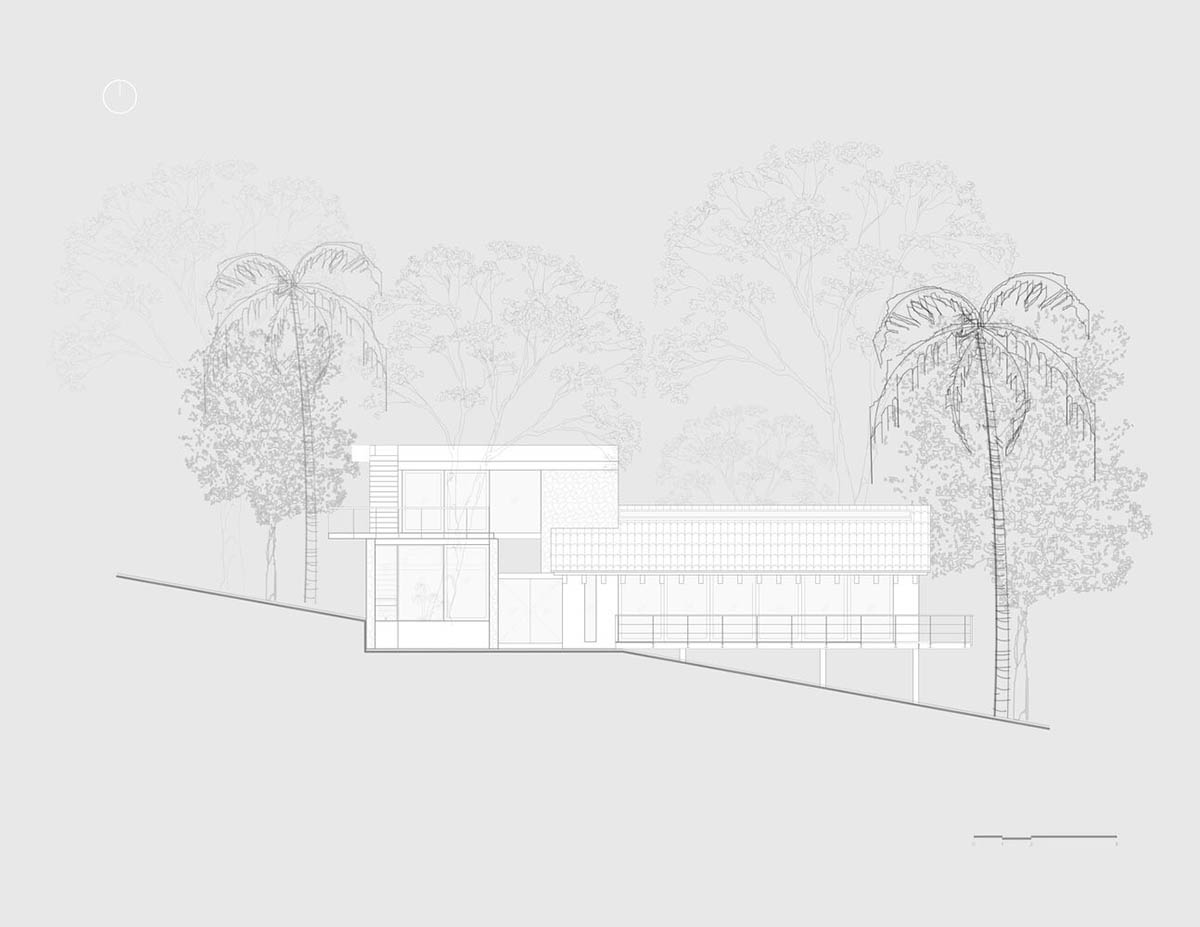 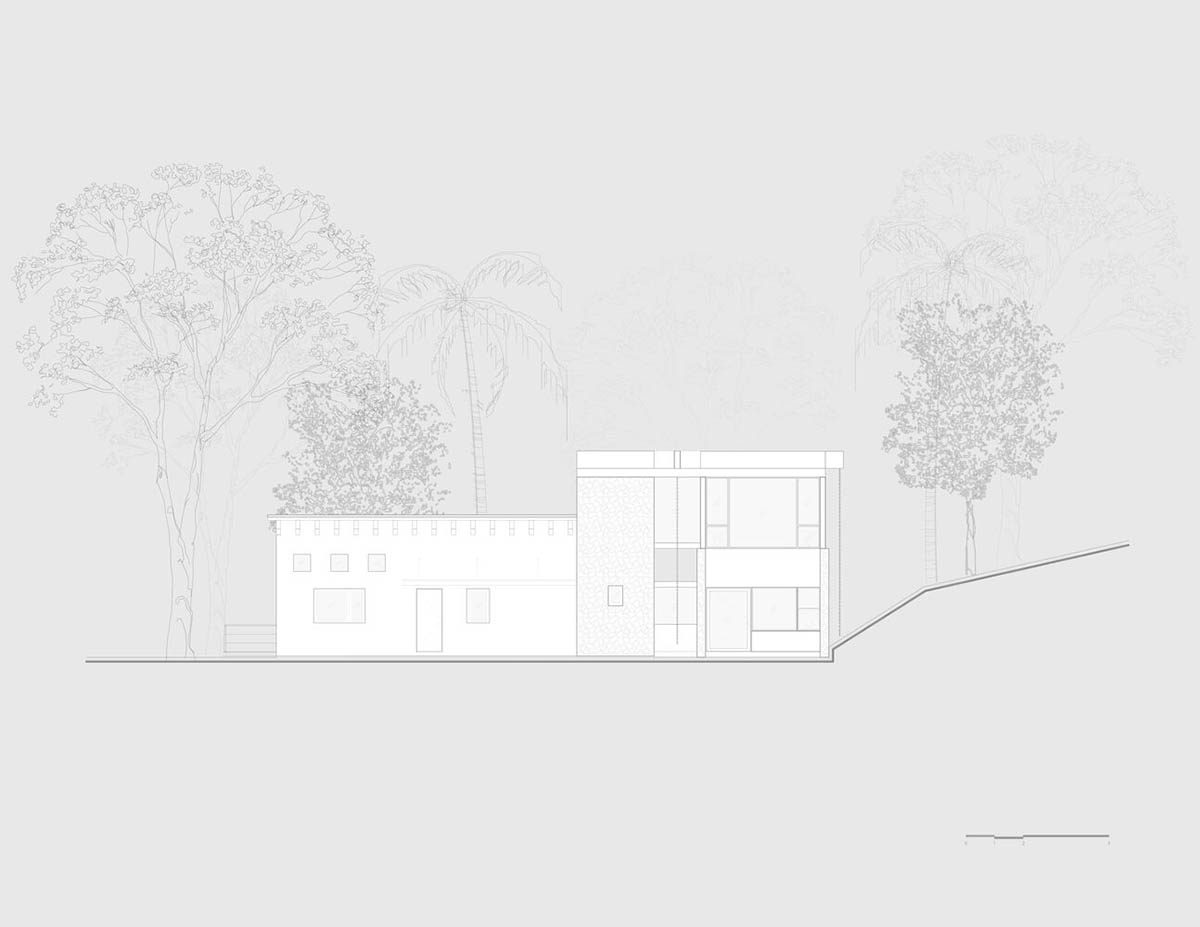