The Pompidou Center celebrates its 40th anniversary in 2017 throughout France. To share this celebration with the greatest number, it offers a new program of 50 exhibitions, demonstrations comprised of 15 shows, concerts and performances and events throughout the year.

Exhibitions, shows, concerts and events are presented in 40 French cities, in partnership with a museum, a contemporary art center, a performance stage, a festival, an actor of French cultural and artistic fabric. From late 2016 to early 2018, in forty cities, Grenoble, Lille, via Le Francois, Martinique, Saint-Yrieix-la-Perche, Chambord, Cajarc or Nice, an event of a night in an exhibition of six months, proposals combining exhibitions, concerts, theater and dance performances, lectures will invite all the public to experience and share the originality of the Centre Pompidou. 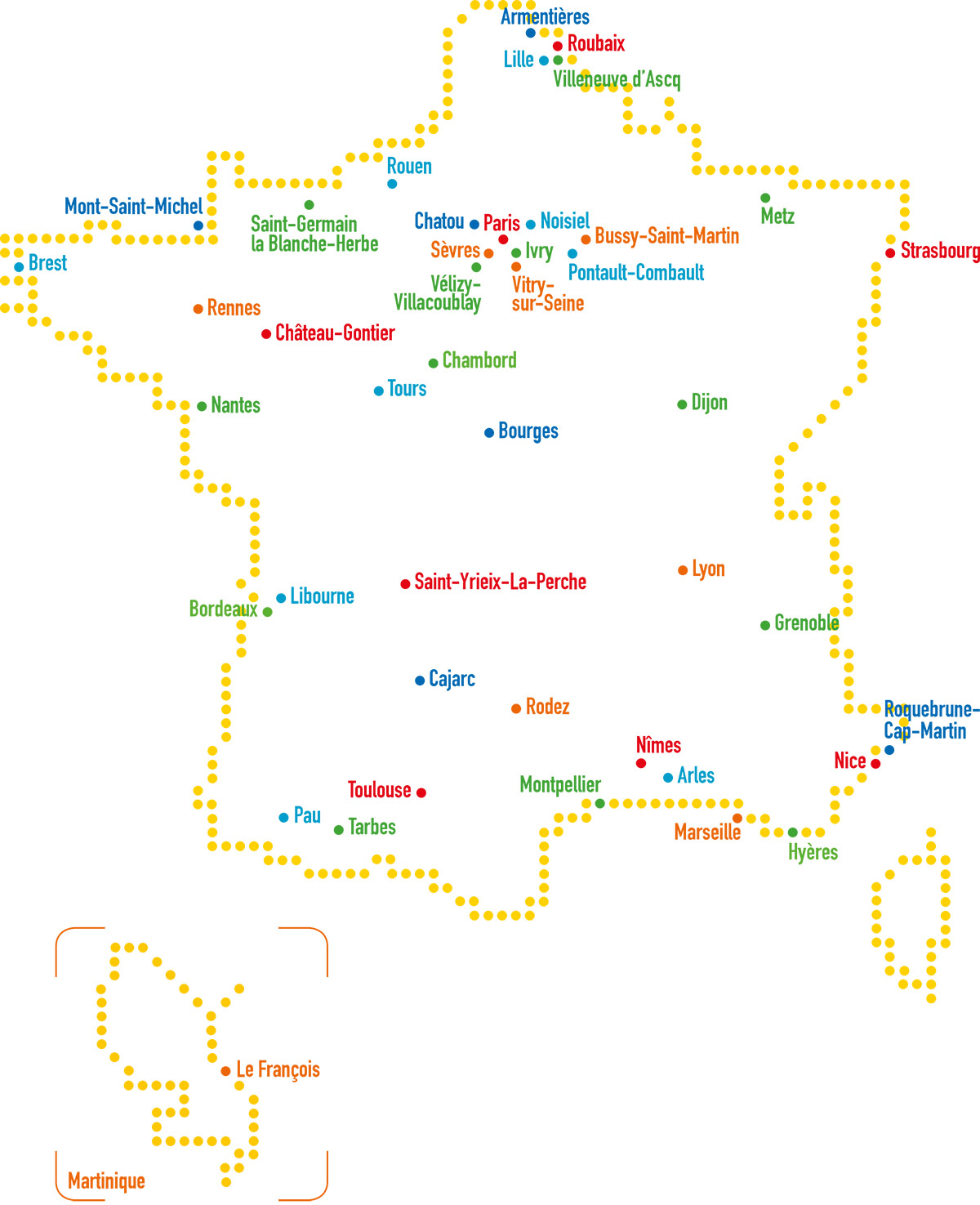 Map of the events. Image courtesy of The Pompidou Centre

The Musée Fabre in Montpellier will present a joint exhibition of works by Francis Bacon and Bruce Nauman between July 1-November 5 as part of the anniversary project; the 60-piece show includes around 10 works drawn from the Centre Pompidou.

Due to launch this year, Kandinsky, the Paris Years between October 29- January 29, 2017 will be at the Musée de Grenoble. The Centre Pompidou will lend 60 works as well as archive material from its Kandinsky library as wells as dance and theatre performances- will also be held in association with festivals such as the DañsFabrik in Brest and Les Subsistances in Lyons.

Additionally, the works of Alexander Calder and Cerith Wyn Evans from the Pompidou’s collection will be presented in the Biennale de Lyon -which will be held from September 20 to December 31, 2017 as part of the anniversary project. The 14th edition of the biennial will be curated by Emma Lavigne, the director of the Centre Pompidou-Metz.