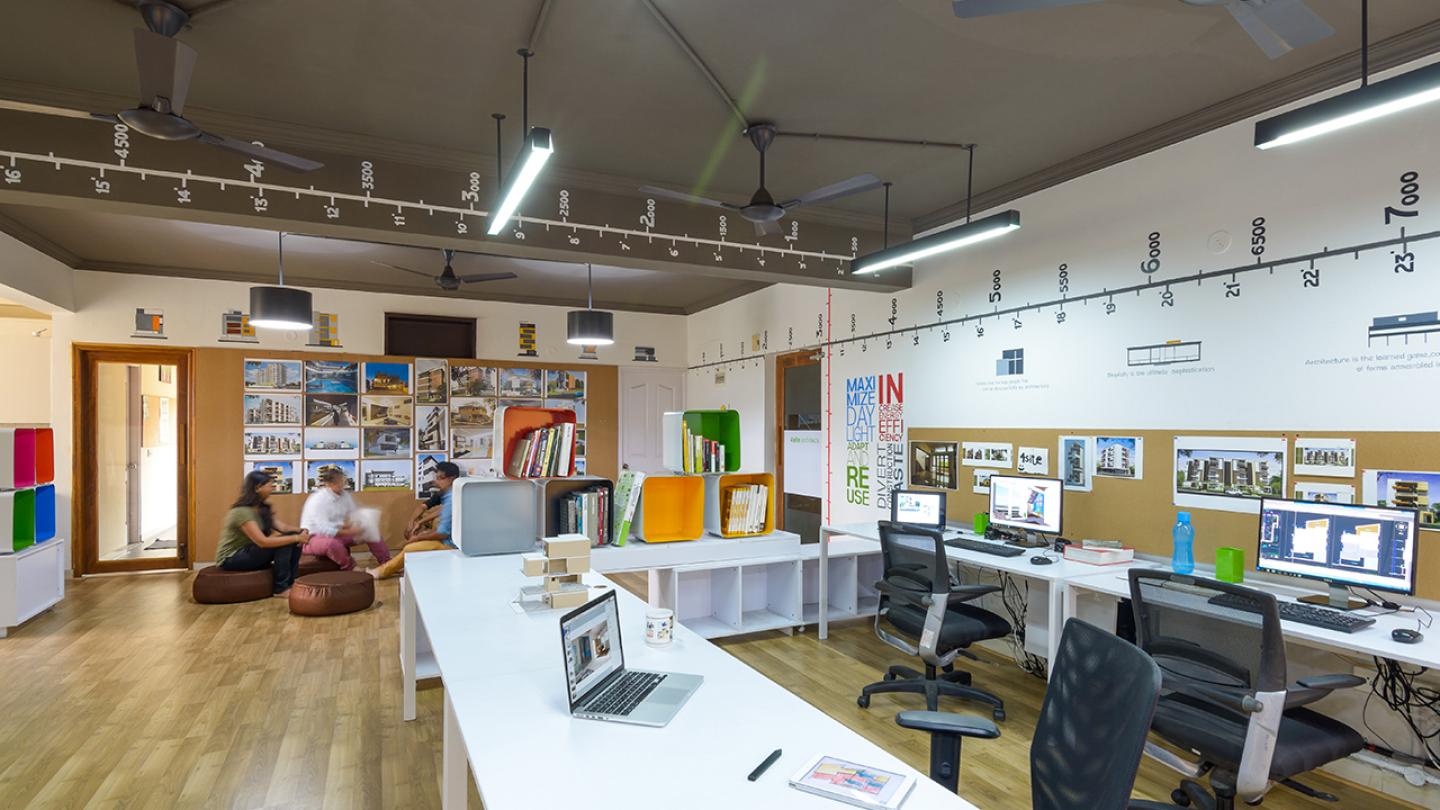 Founder and Principal Architect at ‘4site architects’ from 2012. Graduated with honors from BVBCET, Hubli in 2004. Thesis project awarded a First Prize by State Technical Board of Karnataka. Later Trained as an apprentice with Architect Satish Rachannavar in 2004 and had the opportunity to work on various Buildings and Competition projects. Post internship, continued as Associate of Rachannavar Architects till 2007.
In 2008 as a Project architect, joined South India’s First Architectural Firm, CnT architects, headed by Architect Prem Chandavarkar. As a Team lead worked on many projects and competitions which received awards and recognitions.
Before venturing into his own practice, had teaching positions at R.V. School of Architecture, Bangalore and B.V.B.C.E.T. Hubli. Visits many of the Architectural schools as Design Jurors and design guide to explore his theory and practice.