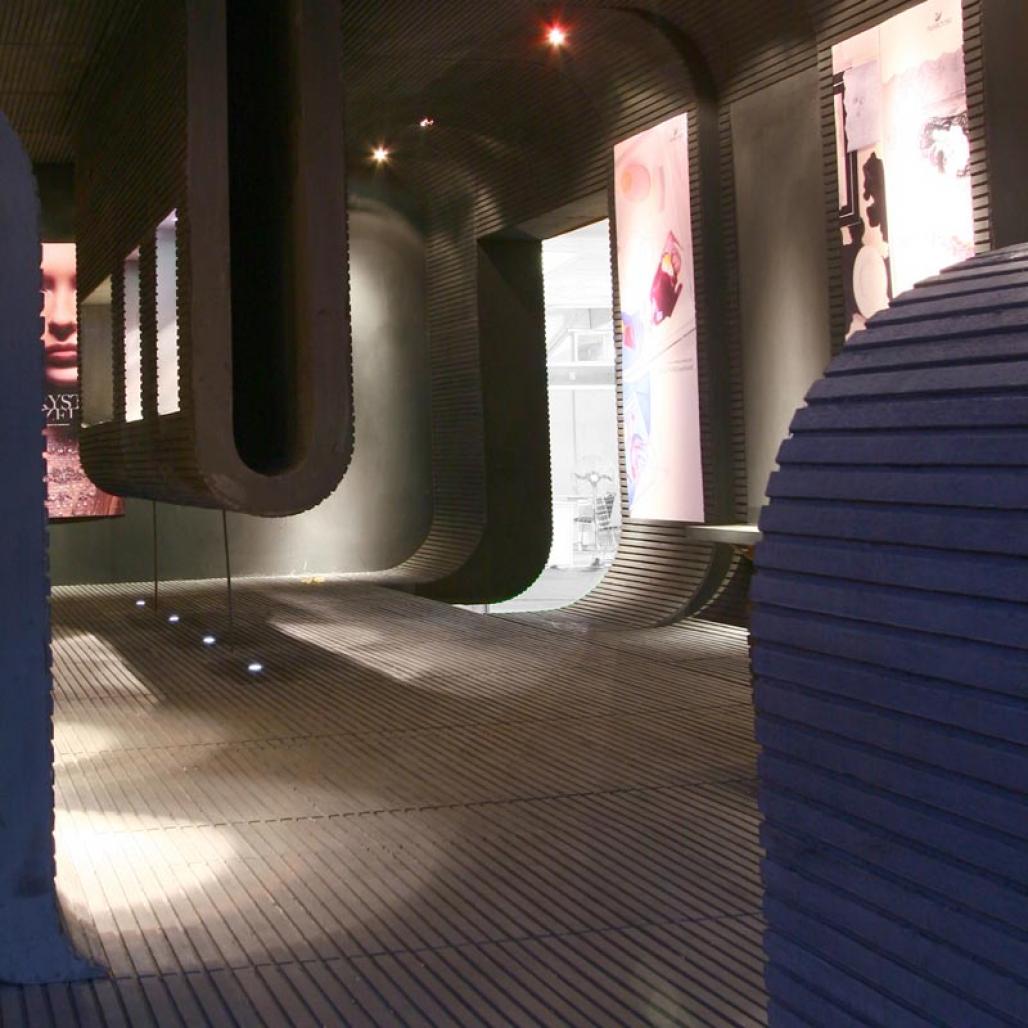 The design language and thought behind the Black Pod (Swarovski Pavilion) came from a competition that our office had taken part in. The competition involved re-looking at the silk-route in the modern day context. One of the pivotal points of the design were information pods designed throughout the silk route networking with each other in this day of advance communication.

These pods were designed in slice-like segments, to allow for them to expand and contract according to the demand of the community.

The walls, ceiling and floor merge into one another as surfaces. Kinetic membranes fall and rise to become furniture, dividers and display, punctuated by focused lights and images.

The black color is meant to neutralize the material emphasizing the abstraction of a dynamic form, free from any identity given by a material or familiar elements such as walls and ceilings.

This non contextual form was placed in such a manner, so as to appear elevated from the ground, further adding to its sense of an alien object. Given the fact that this space was to be designed to display crystals, we perceived the Black Pod as a mysterious space akin to a cave, within which, all objects and furniture were defined by one continuous material and tone against which the crystal would show.

Due to the limited space of the pod, we defined the spaces within by allowing the ceiling to fold down towards the floor and then turn back up while never touching the floor, similarly the floor would rise up one meter to allow for displays hidden behind walls of each segment that oscillated in and out of the main space.

In a more advanced design, the Black Pod is perceived as a space that can be explored from the outside as well as the inside, through interfaces, screens and projections.