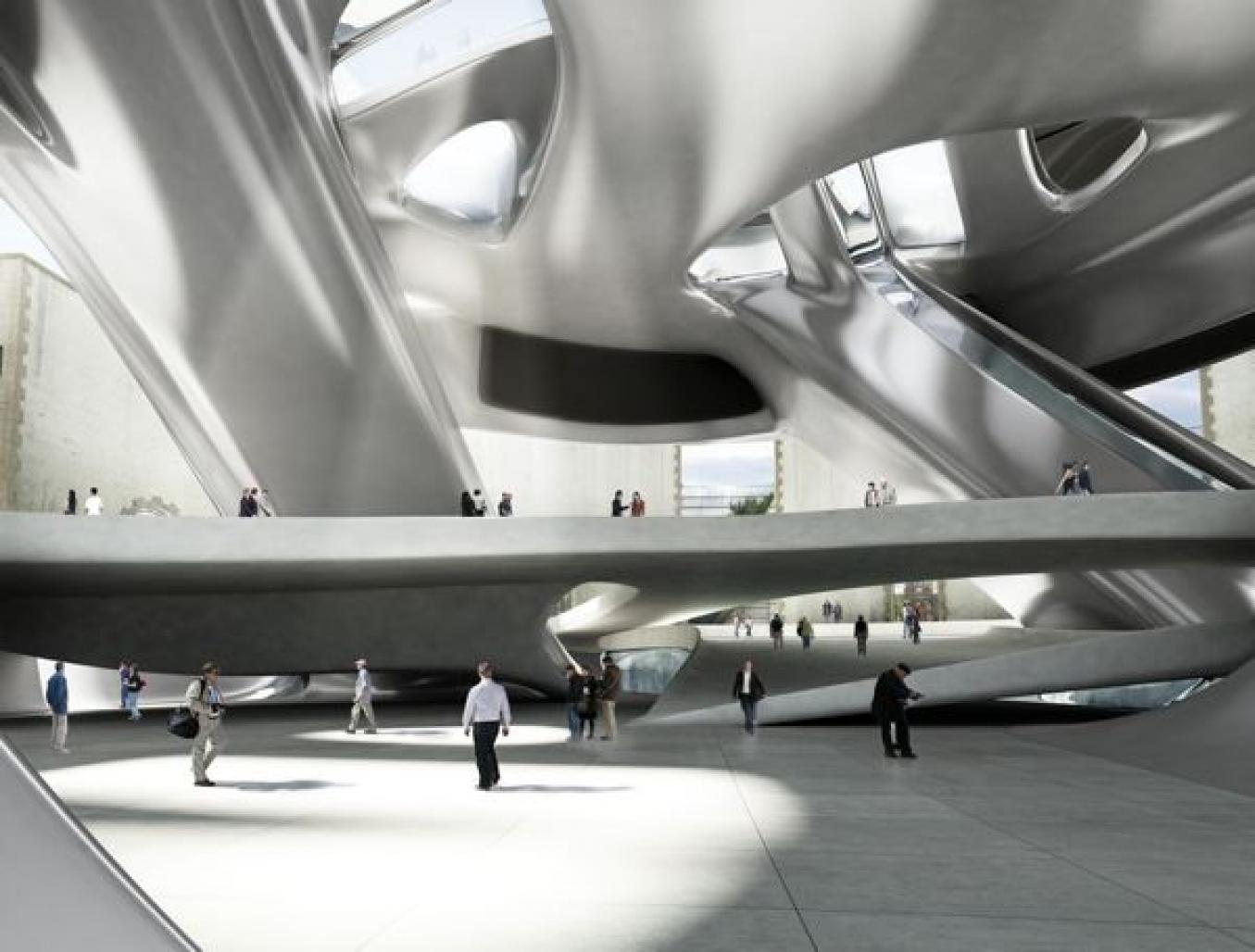 Over the years, this building’s long and controversial history has
undergone several transformations in order to adapt the property to
the uses that were required by the changing times; it was conceived
in 1882, built a few years later and expanded in 1910. The most
obvious intervention, and probably the one that saved the structure
from being dismantled, was the transformation begun in 1982 to
house the National Archive. The building is literally an old canvas,
which has been painted over on several occasions.
The proposal emphasizes the restoration of a building that
preserves the nineteenth-century ideas of a vanguard prison,
applying the Panopticon provisions proposed by Lorenzo de la
Hidalga and reinterpreted by Antonio Torres and Antonio M. Torrija
Anza (1882/6-1910), recovering some of the original dimensions of
the project, respecting the transcendent intervention and adding a
contemporary print.
The idea of rescuing the Panopticon reflects the need to give the
museum a clear outline site that visitors can observe as part of the
history of Mexican society, keeping the most evocative spaces free
from distractions.
In order to accommodate the spaces with the absolute correctness
defined in the program for the site museum, we proposed to use
the residual spaces - those that are not part of the original star - in
order to accommodate the units, removing them from the spatial
sector, with the purpose of allowing a clear reading of the original
building. To achieve this, we would need to excavate the perimeter;
preserving, rescuing and consolidating the relevant remains.
To preserve the integrity of the proposal while protecting the
palimpsest, the excavated areas are wrapped, respecting the
important traces, taking advantage of the areas for the new use of
the building and greatly expanding the botanical display surfaces.
The spacious garden, now three times bigger on the surface area,
will be closely linked to the perception and contrast of the bays,
creating a contrast of the cell sites with the magnificent gardens.
This design provides enough topsoil for planting and growing
representative and important species for the preservation of
diversity.