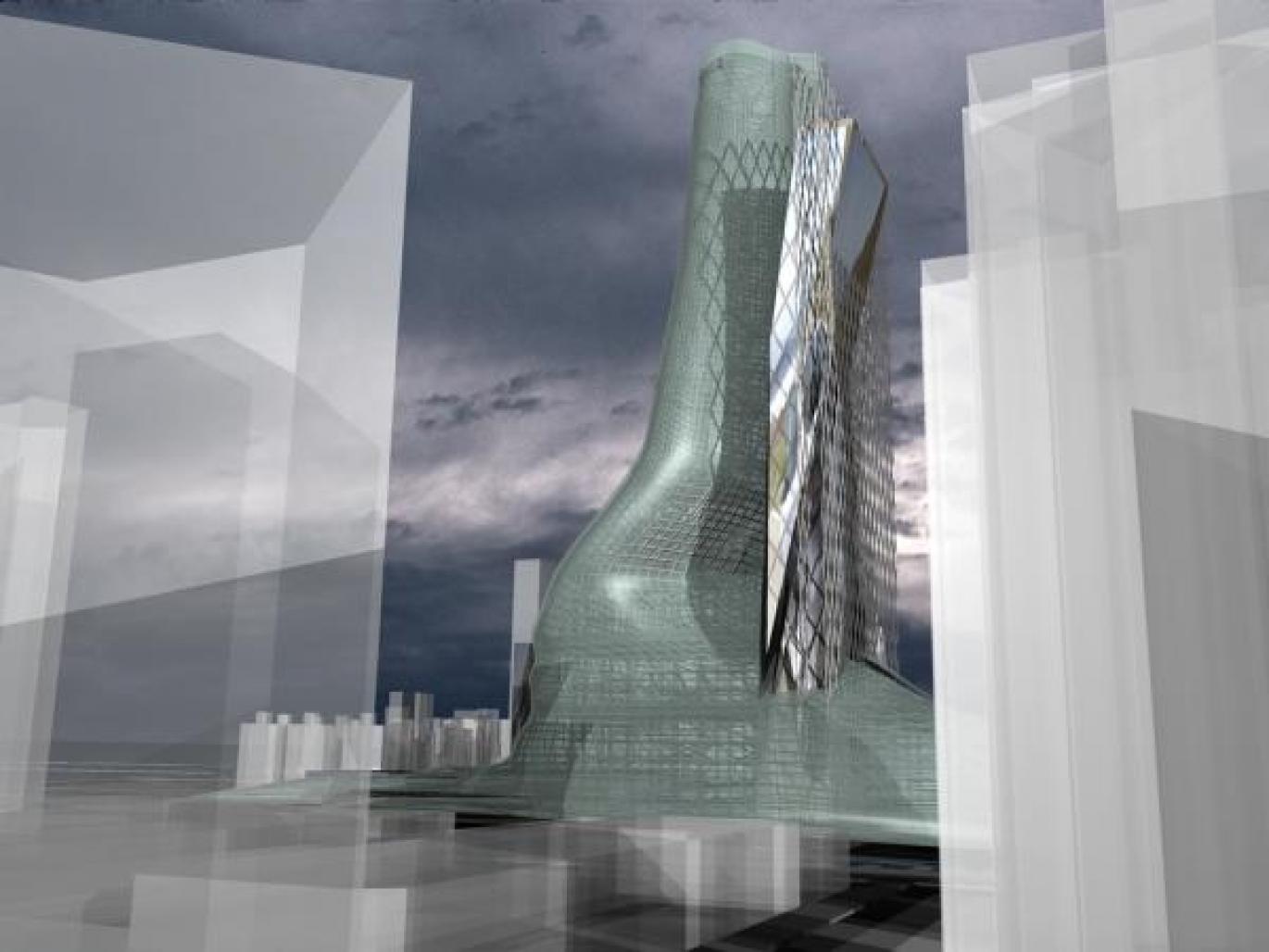 In the City Tower competition in Cheongna, Korea, was asked to design an high rise building in a city of future development. Our principal idea for this project has been to concentrate and organize an urban complex node in an unique building and a center of attraction. Our intention has been to formalize this main concept through a consistent architectural structure with a form that respects its consistency in every part, still taking different shapes in order to host the different functions of the project program. Our intent has been to propose a structure with very strong connections with the ground, the territory and the city, a construction with deep roots growing in an organic way; the approach of this project is based on a “take and give” relationship between the architecture and the territory. We wanted to represent the growing of a city and of a country and its values through a strong and visible form of contemporary architecture representing a symbol of the fulfillment of the new motivations. This macrostructure through an operation of transformation and transfiguration has been intended as a challenge of architectural and engineering technology and, in many ways a challenge to all existing skyscrapers. The urban macro structure, 449m hight, shapes and develops itself in a sequence of filled and empty spaces, connecting two parts of the city of Cheongna separated by a park and a lake. The shape contains the horizontal and vertical connections, the public and private spaces, green areas, partially covering the volumes on the ground floor. It is wrapped by a light glass skin sustained by vertical structures containing the elevators the plants and the technical installations. The shape is fluid but accented in order to express the diversity of the functions and their relations in a consistent unity. The result of the design process has been a unique and scenic architecture, surprising and artistic, still organized and functional. The design of the project has been developed through the use of computer modeling softwares.