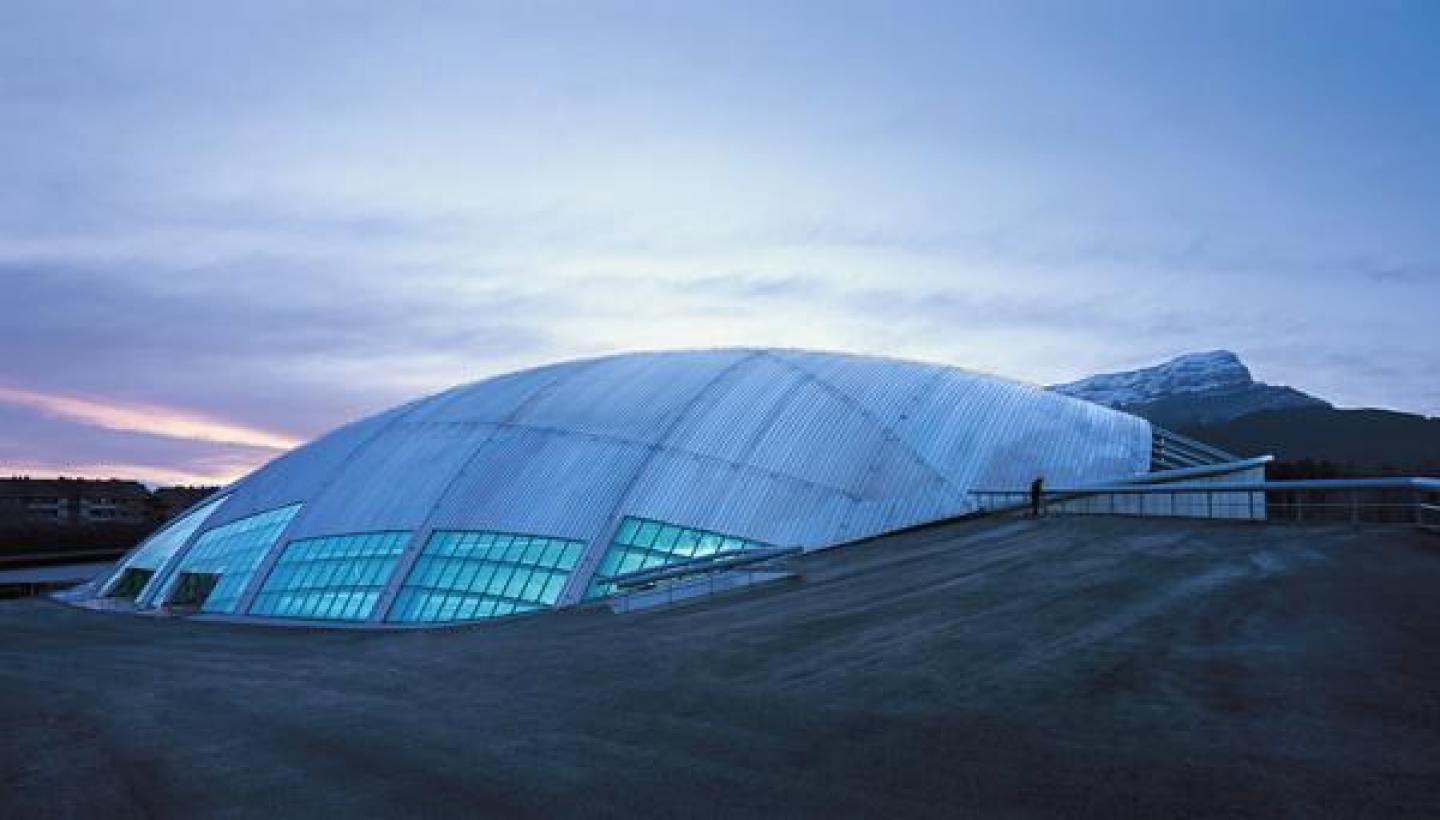 This Ice Pavillion will be the most representative building of the European Youth Olimpic Festival of Jaca 2007, the first event in the Pyrennes. Two ice rinks allow the pavillion celebrates hockey, figure skating, short track and curling competitions. This construction must show the importance of the ice in Jaca and regenerate an undeveloped area of the city recovering the natural landscape and its use for winter sports.
The Dome, as a modern simbol of the nearby Oroel mountain an Pyreneer peaks, rests directly on the ground as a frozen water drop avoiding typical façades. The membrane is noticed as a soft cristallization, and must be traspassed in order to access the dome. This element respond to the structure, façade,installations and conceptual requirements.

City of Jaca Hockey Arena by COLL-BARREU ARQUITECTOS in Spain won the WA Award Cycle 2. Please find below the WA Award poster for this project.