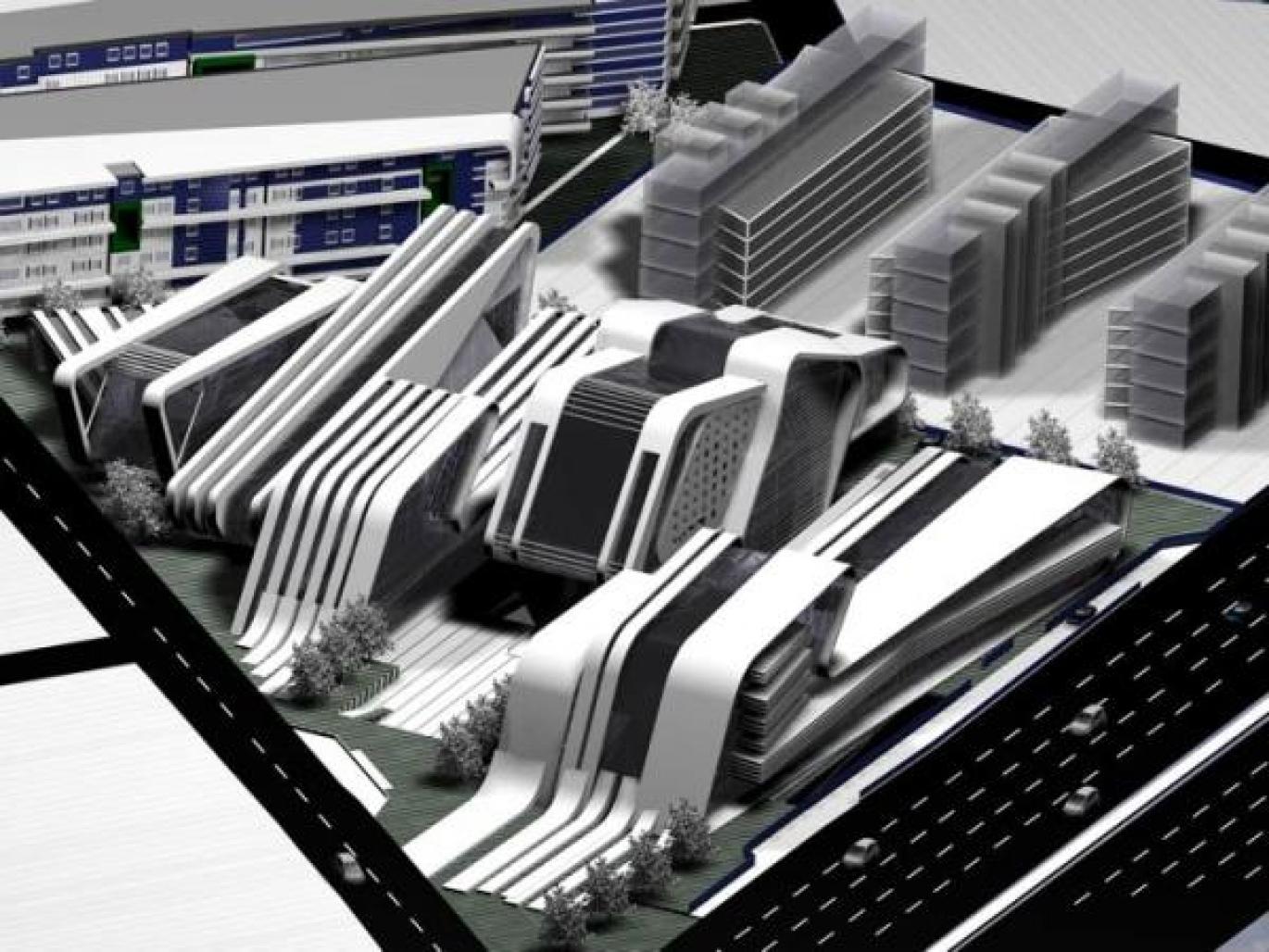 By considering first conditions and race wishes, two words such commercial and residential indicate for adjacent of two kind of perceptions, according to special principles and characteristics which each contain at designing, or two special organizing and encourage the designer to take the three-dimensional policy at designing process. Two first aspects designing of two mentioned phases, according to project desires and third aspect, is the spatial and designing versatility in whole collection.
- First of all at designing commercial area, the case of exteriority and at residential complex, the aspect of its exteriority has been considered green space around commercial collection and inner area at residential site, which has surrounded by apartment blocks, indicate for the case.
- At other stage, because of total lines of extensions site at highway edge and the way of occupying and good dividing of site after doing multi sketches, the result is a liner organizing which necessary spaces are defined at one spatial balance; so this way of function is considered at residential collection and 42 degree rotation has done in order to maximum use of south light.
- Adjacent of site with FATH highway which is symbol of fast move and speed, has effective on extension of north edge bulk and frame lines of fraction face, into the bulk, make possible the perception and looking into the complex.

Locating the complex near the airport, have been an important factor at shaping bulks.
- First there was possibility of bird sight into collection, because of collection importance, index bulks with perspective to future has been considered.
- The way of rising and coming down of airplanes at adjacent to the site, while conforming around activities.
Of course, its to be noted that parallelism of mentioned spaces at this structure have been considered.
-

Trade center of Iran national industries by ali khiabanian in Iran won the WA Award Cycle 2. Please find below the WA Award poster for this project.