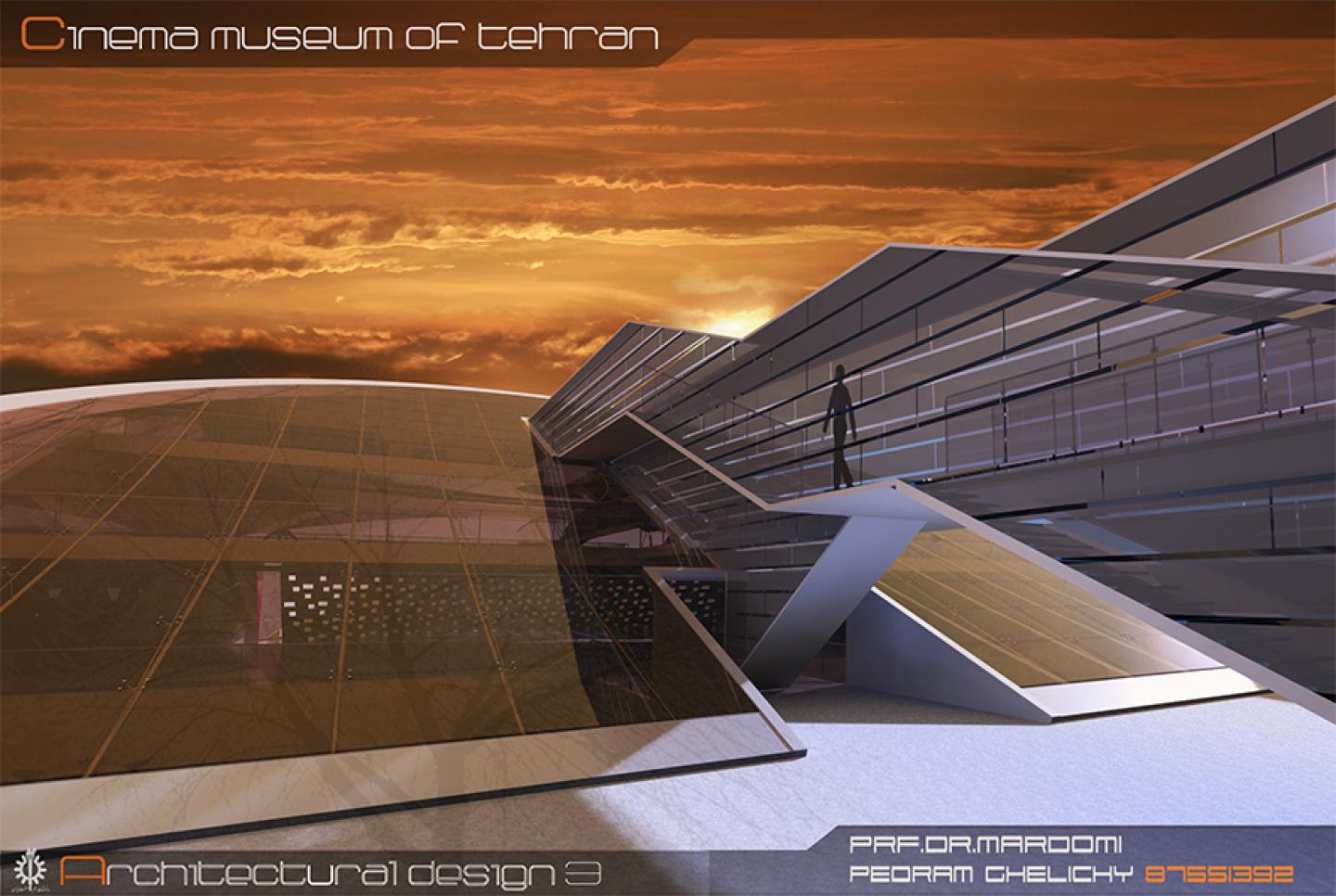 this project is located in tehran city behind the one of the bigest park in this city that is laleh park
According to tehran historical background it could be considered that
Tehran due to being new,does not follow unique style and value of architecture
& new Architecture is executed in the city is multiplicity and confusion!
Therefore Cinema Museum in Tehran should be considered as a Urban Land Mark
So based on main idea is the uniqueness behinde the consistent with surrounding site, Similar projects around the world were evaluated
one of The most fault in these projects was Gallereis with dark & senseless space.without good view to nature.
While other spaces are not required to have this dark space They were overwhelmed and become sensless space.
so the solution proposed for this problem in this project,is to separate galleries from other spaces.
such Visual and spatial relationship of both sets are preserved &
gallery is seemed separate but in combination with other spaces.
The other hand,need to land mark form & requires attention to the curve geometry of the park form the muesum
Way to reach the final form is demonstrated in shit
combination of two volume leads to a central courtyard that were connected by semi-transparent bridges step
The main feature of this bridges stepis the moving space without stop space .
and this is the main concept of the muesum......Motion
Solution for the effective communication between galleries and environment,
Create two parallel walls that one of them is transparent & the other one is Porous with distence about 2 meter.
Which causes that person is inside the gallery is constantly in contact with the nature in outside without any problem for light of gallery
one of the special designs that have been set is Creating ambiguous & meaningful spaces for exapmle
a person standing in entrance find ambiguous thing in Upper floors and basement but not completly
This ambiguity increase willingness for space exploration.
these characteristics has been extended to other areas of the Museum.

cinema musuem of tehran by Prm GhL in Iran won the WA Award Cycle 13. Please find below the WA Award poster for this project.