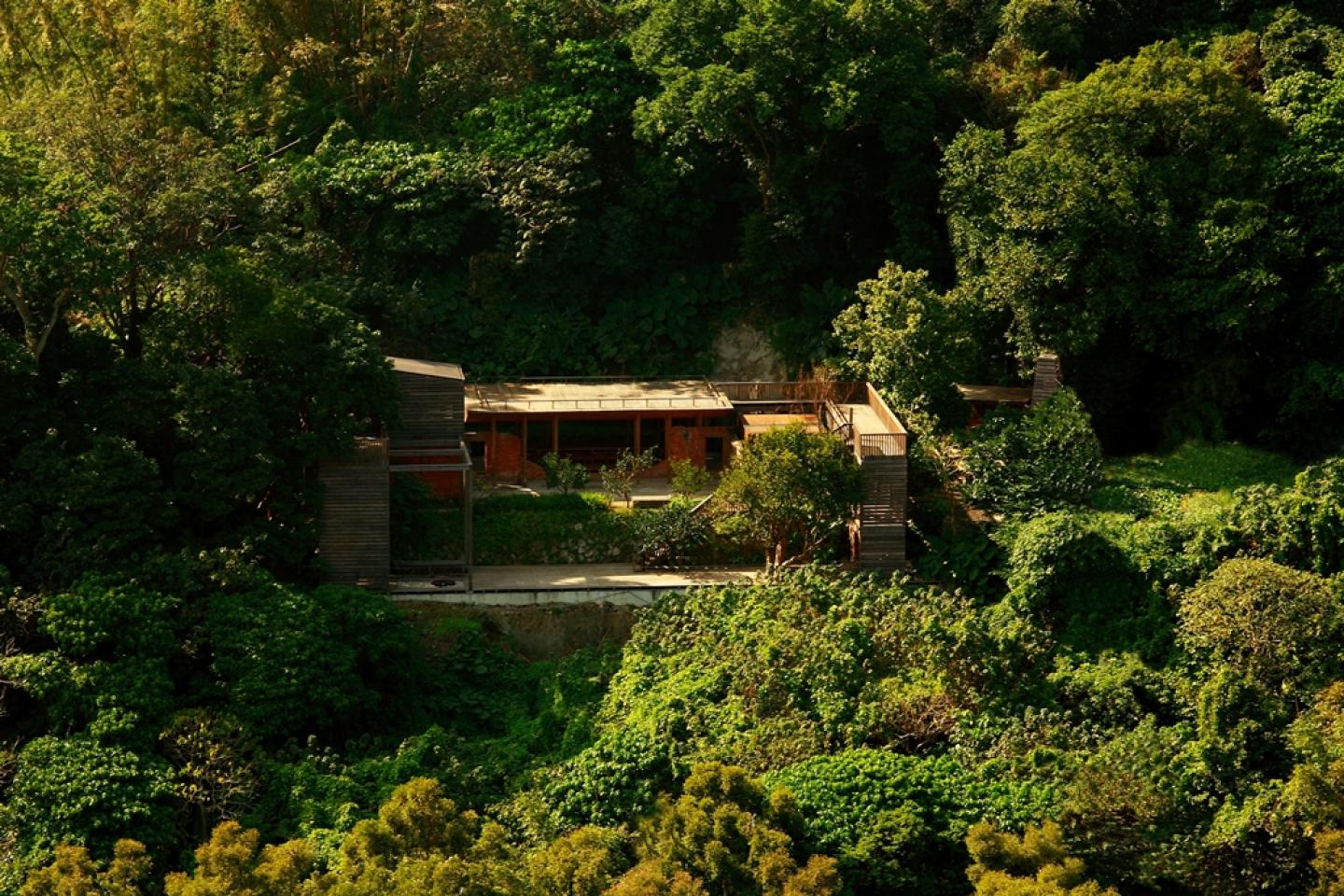 Ultra-Ruin is a wooden architectural organism that is growing from the ruins of an abandoned red brick farmhouse in the meeting place of terraced farms and jungle. The weak architecture follows the principles of Open Form and is improvised on the site based on instincts reacting on the presence of jungle, ruin and local knowledge.

The complex has a variety of multi-functional spaces and platforms that can be activated for different living functions and for meditation. The spatial continuity between interior and exterior spaces is flexible – also the inside is out and the jungle is in the house. The Ultra-Ruin is an architectural instrument played by nature including human. The main user is a private family, but the space is occasionally opened up for wider meetings.

The Ultra-Ruin has been developed in close and still ongoing dialog with the client since 2009. The first architectural reaction was to build a table around which we could talk. Then to build a shelter for this table. The rest of the Ultra-Ruin has grown up around this initial impact. We still keep talking and the Ultra-Ruin keeps growing as an open form.

ULTRA-RUIN by Marco Casagrande in Taiwan won the WA Award Cycle 18. Please find below the WA Award poster for this project.