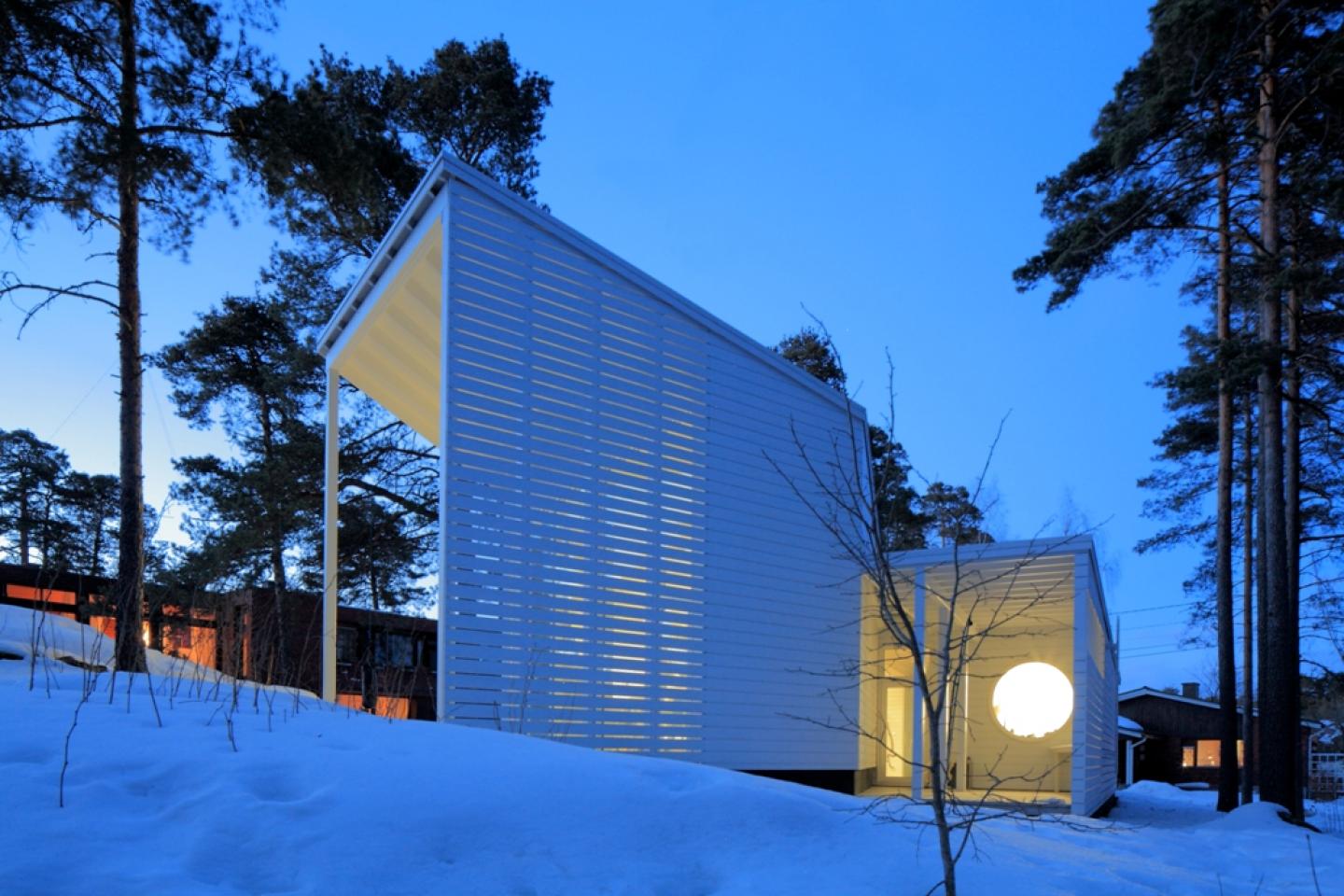 Apelle is a wooden one family house located in Karjaa - Finland. The building rests in a natural harbor like a boat in a sheltering pocket surrounded by bed rocks and trees.

The interior space of Apelle is a continuous tube that grows gradually along the house and through the main opening and terrace into the forest. Along this axis the collective and private actions are tuned according to the times, functions and needs of the day and night. The same space is used for everything from sleeping to eating and from socializing to work as a studio space or a gym. This kind of multi-functional space of “tupa” or “pirtti” is common in traditional Finnish architecture. A free standing cube serves for water with a sleeping loft on top.

Like the structural masts between ship decks, a white metal stove separates one space from the next and serves as a division between the bed and the rest of the room. Three circular windows in series sit at the façade, alluding to similar lookouts on vessels at sea. The planked floors and parallel skylights create the sensation of the home at harbor among the surrounding woodland.

House Apelle is part of nature. The surrounding forest has been architecturally articulated into a shelter for a family of contemporary natives. The house is in the forest as much as the forest is in the house – the architecture is a mediator between the modern man and nature.

Apelle is well insulated with wood based materials and during the harsh winters it heats up by thermal heating supported by two fire-places. The main building volume is structurally supported by a smaller volume on the side acting as an outrigger.

Apelle is built by two local carpenters used to for building both houses and wooden boats. According to the carpenters, this is a boat.