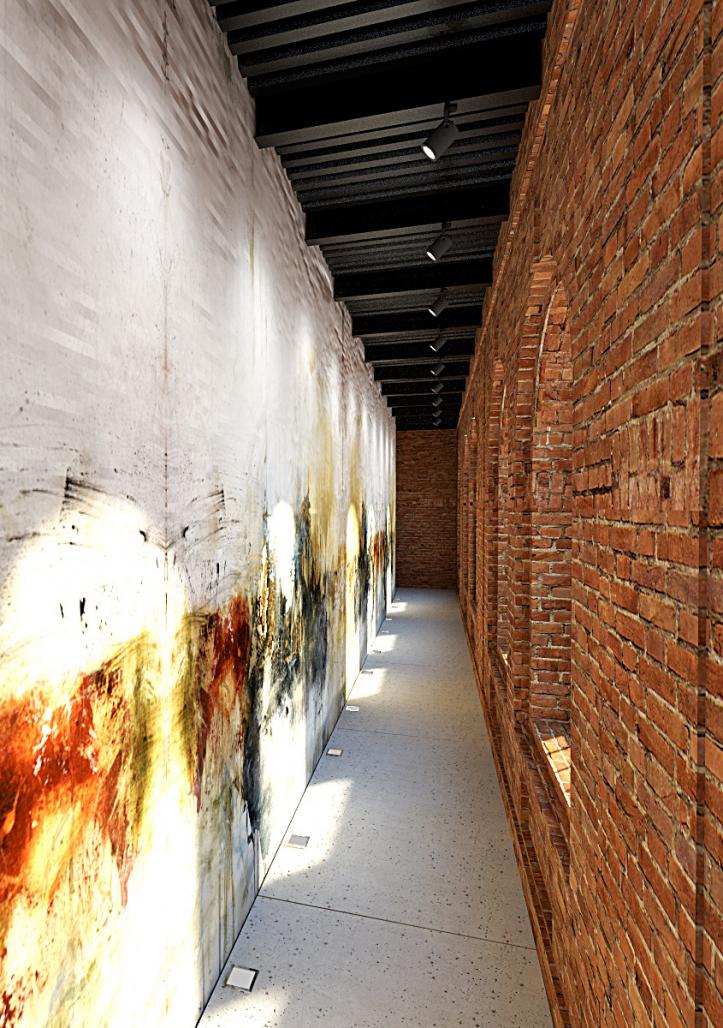 In the mountains the chaotic noise of the city vanishes, the silence of the nameless expanses prevails, the silence that allows a man to hear clearly the internal echo of the Gods voice - John Paul II

The design deals with the issue of revitalisation of the historic building (XIX century) - New Weaving Mill - in Lodz.The remnants of the old industry building consists only of two almost complete buildings and outer walls of the whole weaving complex. The area of almost 20 000 sqm of almost bare land without any buildings on it, limited only with outer walls of the building was a great design challange. Our idea was to create a structure that will satisfy and fulfill the needs of the neighborhood community as well as the other city inhabitants. We wanted to revitalise not only a building itself but the surrounding area as well. What is more we wanted to create a landmark, a reference point that could be a magnet that will attract people from all over the city to come there, spend time and what is most important - to return.
We have decided not to input too much functions that should occupy the whole area but instead sacrifice most of the site for the free public, recreational space. We wanted to create a place that will afffect people in the positive and healthy way, that will become the friendliest place in the city - this is why we have deecided to cover 90% of the area with the ground to create an artificial hill that will cover the remnants of the building. Than we have drilled a cave inside the mountain and created the healing center with graduation towers. The graduation towers work inside the building as well as outside, because they are breaking through the ceiling and emerge to the open air. Thanks to that people can enjoy their healing properties outside, while roaming around the green mountain, and inside. The highest point of the hill is 30m above the ground. At the two highest picks of the hill two terraces are located.
In the preserved buildings/parts of the building we have created mediathek and traditional library, some small shops that will respond the everyday needs of the local community and the kindergarden with the playground on the part of the hill . There is also huge parking lot inside the hill.
We have decided to flood the whole terrain that surrounds the hill with a shallow water and to design a specific routes - paths made of stone blocks sticking out of the water.
We believe that thanks to all those interventions we have been able to create a place that will allow people to escape the city inside the city.