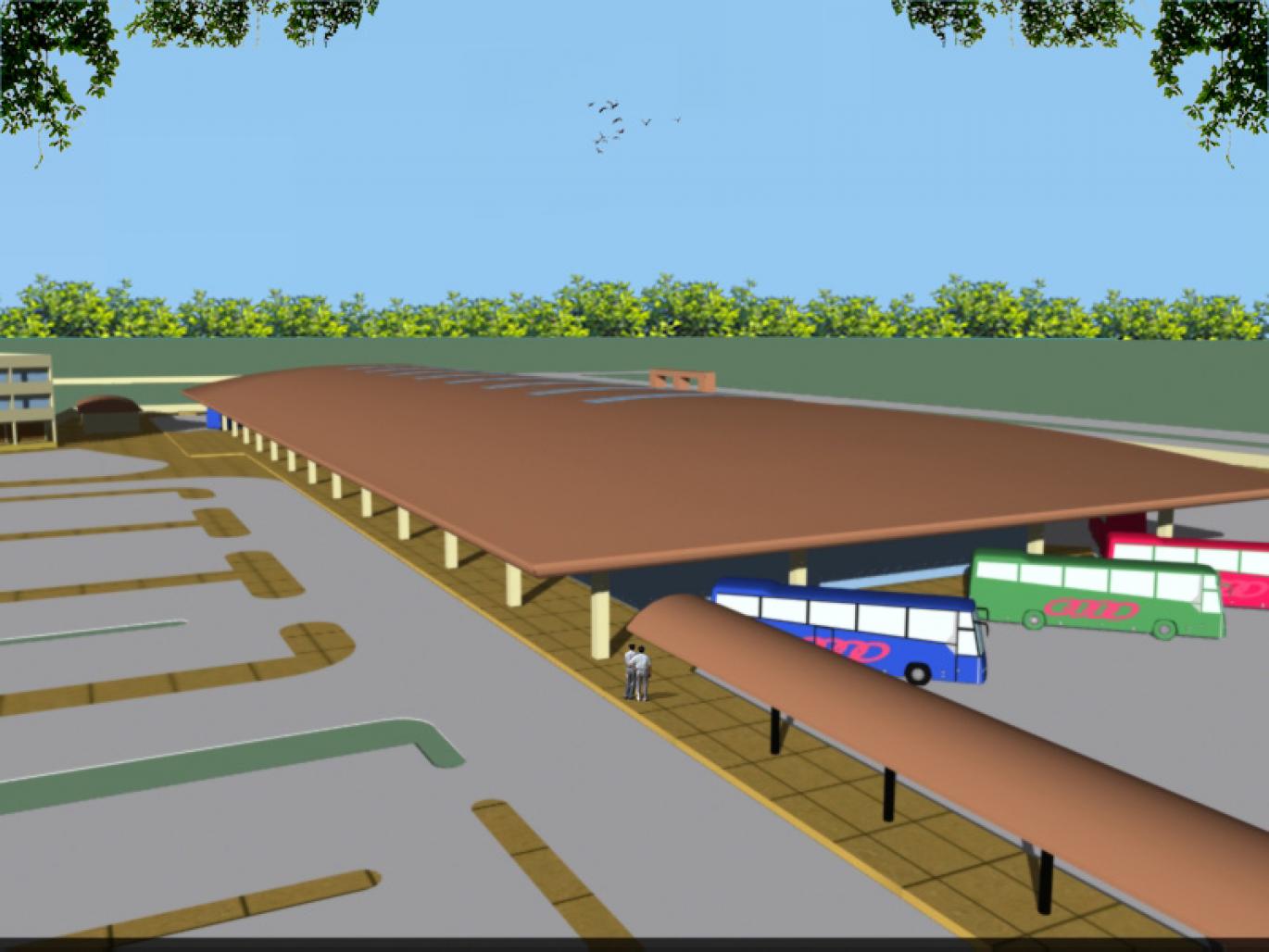 Bathinda is not only an important district headquarter of the Malwa region of Punjab but also an emerging regional city. It has a large military cantonment, a thermal plant, a fertilizer plan, an oil refinery, a central university, an engineering college and number of other institutions. Recently a state-of-the-art airport has been constructed here to cope with the growing traffic. Keeping in view the above scenario obviously, the city needs a well equipped bus terminus. The Bathinda Development Authority has thus planned to construct a modern Inter State Bus Terminus in between Patel Nagar and the Military Cantonment on Bathinda-Chandigarh highway. A site of about 8 acres has been earmarked for this purpose. Plans have been prepared but the construction work is yet to be commenced.
The Bus Terminus has been made approachable through a 200-foot wide road which runs on its north-east side. This road bifurcates from the Bathinda-Chandigarh highway and has been planned as a dual carriage way. It is meant for buses going to and coming from the Terminus. Another small road runs on its south-west side and provides approach to the Terminus from Patel Nagar side. This road is meant for the local traffic or the commuters. A separate site has been reserved for workshop adjacent to the Terminus on southern side. To generate revenue for the construction of the Terminus some commercial plots of shop-cum-offices have been carved out on the north-west side. These are planned to be sold in the public auction.
The layout plan of the campus has been evolved to effectively segregate the heavy and light traffic. Areas for busses have been kept on the north-east side and their entry and exit are on 200-foot wide road. Likewise the area for the commuters, their car parking, taxi and auto rickshaw stands have been kept on the south-east side. The intermingling of heavy and light traffic has been completely avoided.
For the safety of the passengers, separate embarkation and disembarkation zones have been created. There are 38 embarkation and five disembarkation bays. Amongst the other facilities planned for are the electronic surveillance and dedicated watch and ward services. To minimize delay in collection of user charges dual exit ways have been planned. Adequate space has been created for idle and night parking for buses.
The main concourse has been conceived as a state-of-the-art facility with clean and healthy environment. The building is designed in pre-engineered steel and glass and will be fully air conditioned. The two storied concourse building has a large segmental-arched roof and slanting glass curtain walls. The ground floor has been kept for the passenger facilities while upper floor has been planned for offices for the bus operators. The entire structure of the Terminus has been designed in hi-tensile, pre-engineered steel – popularly known as PEB structure. Considering the large covered area with huge spans, this option was considered most viable. As is commonly known, PEB structure is fast to construct, easy to construct has more precision and economical also.
When fully constructed this Terminus will be one of the best in this region and hopefully a trendsetter for future development.