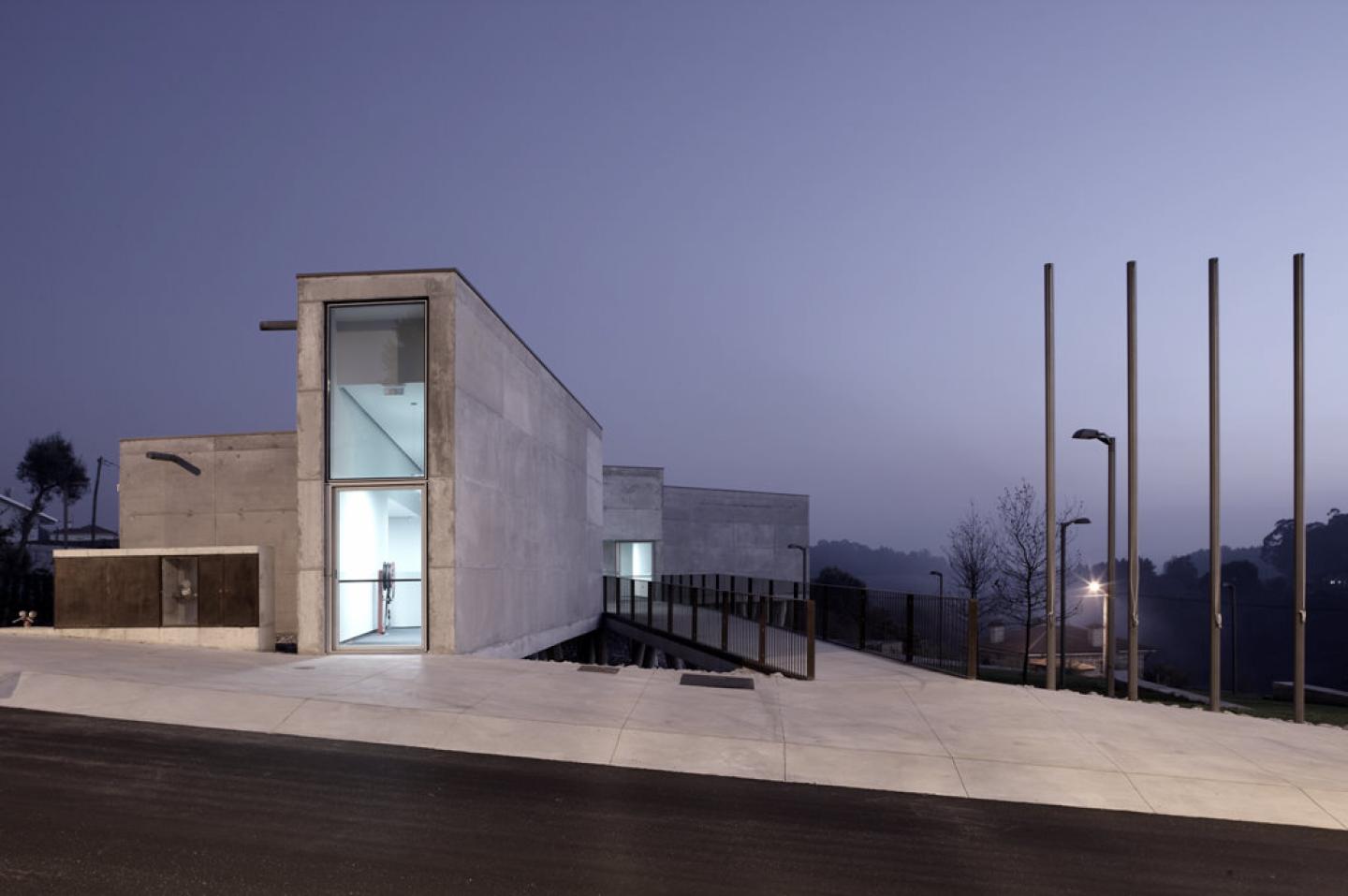 
The concept of a house is usually related to the function of shelter/home but it also includes a socio/cultural exercise of a specific community.
This house is definitely that place where we act as urban individuals protected from time. It is a polyvalent space that articulates an administrative area with another one that promotes culture and civilization as if through a path where the main program/scheme is spread (secretary, offices, WC, auditorium), just like a beast with thousand feet snug to the slope.
This equipment/outfit is developed anthropomorphically in a ground that is part of a series of housing and multifamily buildings. Its implementation results from a group of elements like the topography, encircling elements, orientation and predefined functional design/scheme.
Setting the entry installment as the organizational platform of the rest of the pavements, we do adjust the main/functional program/scheme (secretary, offices, WC, auditorium) to a sinuous path that redesigns the level curves artificially.
Starting from the main door, the building throws itself on the valley/ dives into the valley, finding support in a fragile pillar structure mathematically knotty, that avoid the breakdown of the structure.
Two large spaces define the main usage of the building, one as administrative aid/support composed with a secretary and two offices driven to public service, and another one intended to the execution of temporary and periodical activities that includes the WC and the auditorium. To this last one, hangs a tray that can be used as an aleternative access and allows a totally independent operation.

CASA DE ESMERIZ by cosimo projectos in Portugal won the WA Award Cycle 12. Please find below the WA Award poster for this project.