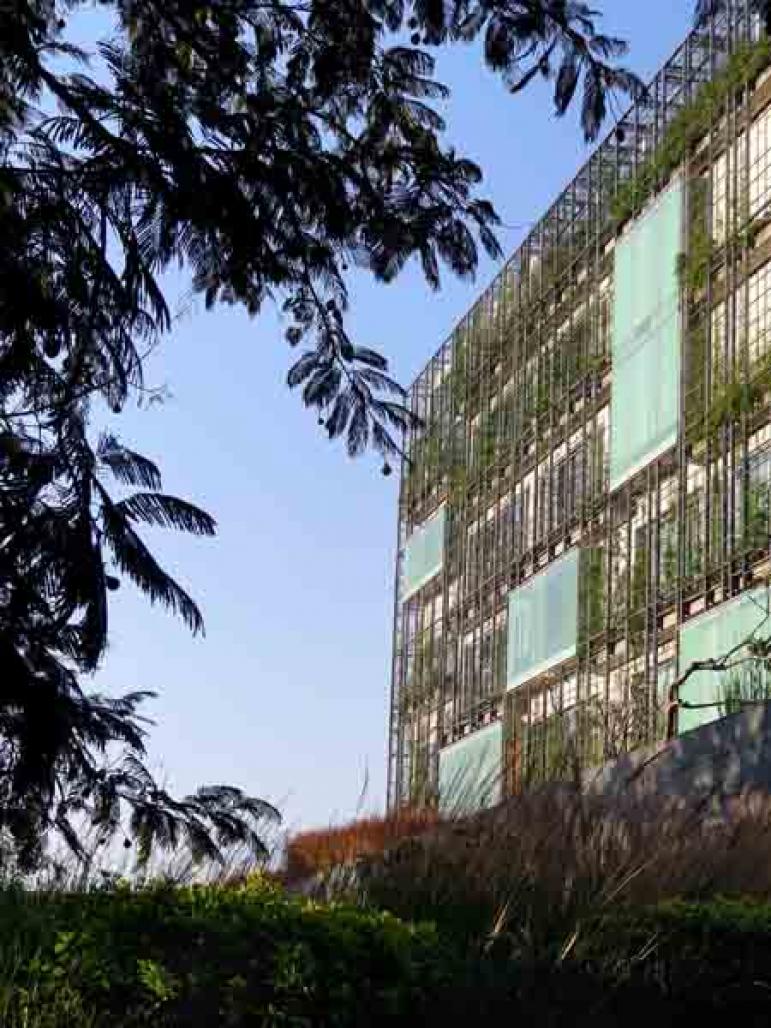 Located in Cyber city, Hyderabad, these two corporate buildings employ the idea of a double skin as an energy saving and modulating mechanism. The inner skin of the building is an reinforced concrete frame with spec aluminum windows. The outer facade comprises of a cast aluminum trellis with Hydroponics trays integrated for growing a variety of plant spices. The trellis also has a misting system integrated in order to control and regulate the amount of water released to the plants and trays. The principle of using a moist screen, as way to cool the interiors of a building is a time tested traditional method. However, here the screen takes on an aesthetic function of a dynamic facade where different species are organized in a way to create patterns as well as bloom at different times of the year bringing attention to different parts of the building facade at different times.

The green facade system filters harsh sunlight, while maintaining sweeping views of the city. The exterior misting system provides passive cooling to the building occupants by creating a temporal ‘cloud’ around the facade.