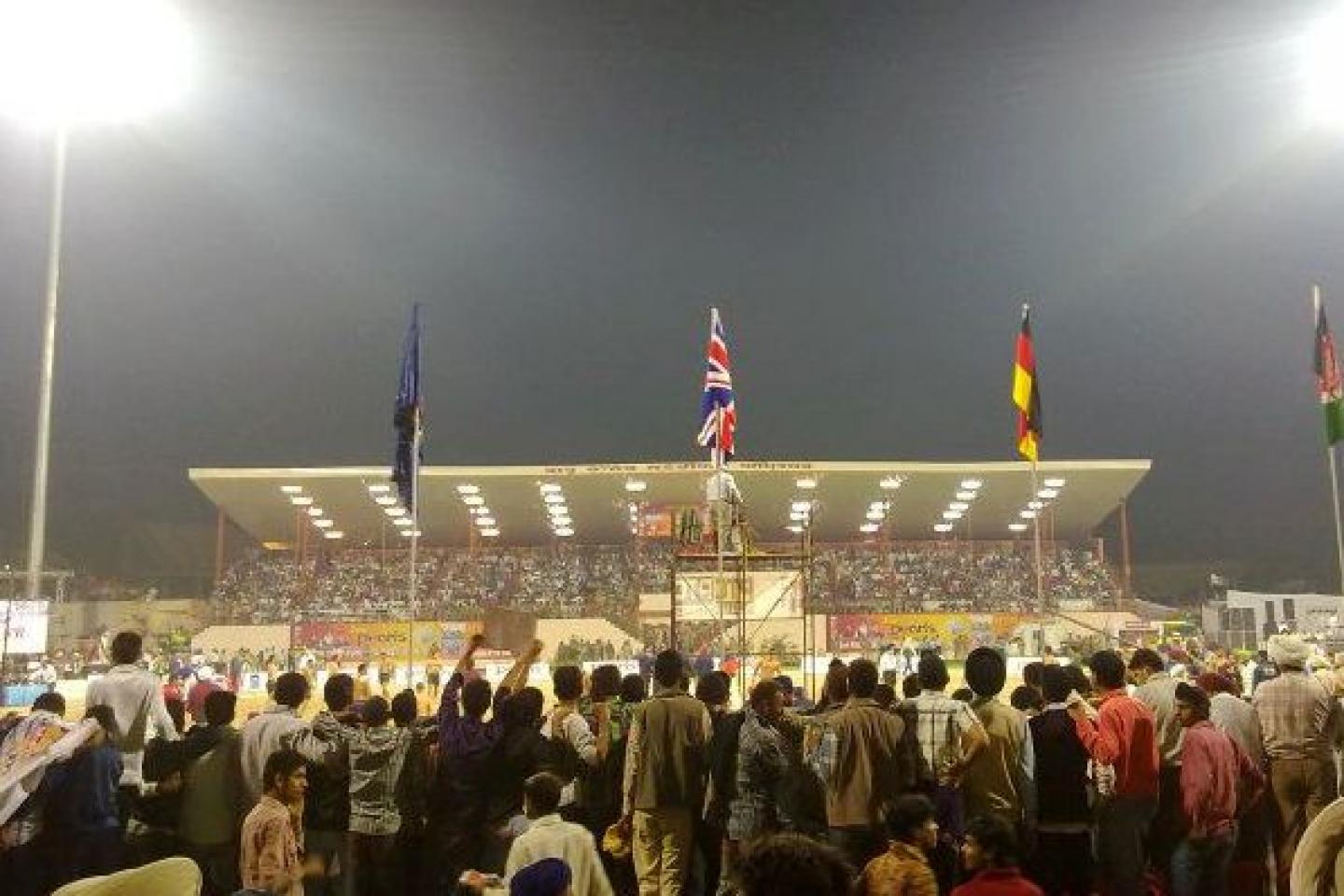 Punjab is a sports loving state of India having Hockey, Kabaddi, Wrestling, Football, Athletics as major sports. With a view to promote Kabaddi at the international level, the State Government has introduced World Kabaddi Cup in 2010. Many teams from all over the world took part in it. Though the World Cup was a great success but sports infrastructure in the state was found inadequate in coping with such a big event. The Government thus decided to construct/ upgrade number of multipurpose stadiums at district level as a major drive to promote sports and conduct international level tournaments in this part of the country.

Multipurpose sports stadiums at Mansa, Sangrur, Hoshiarpur, Gurdaspur, Bathinda and Amritsar are amongst the one dozen stadiums in the state which were got constructed in a record time of one year. These stadiums were to be used for the second edition of World Kabaddi Cup which was conducted in November 2011.

It was a gigantic task to design and construct number of stadiums in a short span of time left between the conception of proposal and hosting of World Cup. Keeping in view the time and budgetary constraints, it was decided to prepare and adopt standard design at maximum places.

The design of each stadium incorporates mainly three components i.e., play fields as per international standards, open seating steps for public and a covered seating pavilion for V.I.P. spectators. Two covered pavilions have been provided at some important places like Bathinda and Amritsar. Similarly some of the stadiums like in Bathinda, Amritsar and Gurdaspur have been provide with floodlights to facilitate sports activities during late night.

The V.I.P. pavilion has been designed for a seating capacity of 1500 persons. The design of the pavilion is governed by the factors like comfortable viewing angles, international norms for seating, provision of necessary facilities for players, besides the time and budgetary constraints. Meticulously designed pavilion accommodates changing rooms for players, wash rooms, pantry, lounge, entrance foyer and offices at ground level, that is underneath the seating steps.

RCC framed structure has been adopted up to seating level with brick masonry infill walls. The canopy on the seating area is designed in pre-engineered steel structure which has been introduced first time in such buildings in the state. This structure has an edge over the conventional structures as it proves to be more precise, hassle free, economical and less time consuming. The structural components like pillars, girders, purlins etc., were designed as per exact requirements and manufactured in factories with great precision. These components then brought at sites and assembled in short span of time, thus meeting deadlines for World Kabaddi Cup.

The overlapping period of civil construction at site and manufacturing of pre-engineered components in factories saved precious time and money – the two major constraints. Apart from providing basic facilities to players and spectators, the pavilion added a grandeur and contemporary look to the entire stadium. Being located in the small district level towns of Punjab, these stadiums with international style of architecture have become important landmarks in the areas. The sports fraternity in particular and public in general feel proud of this infrastructure in the state.