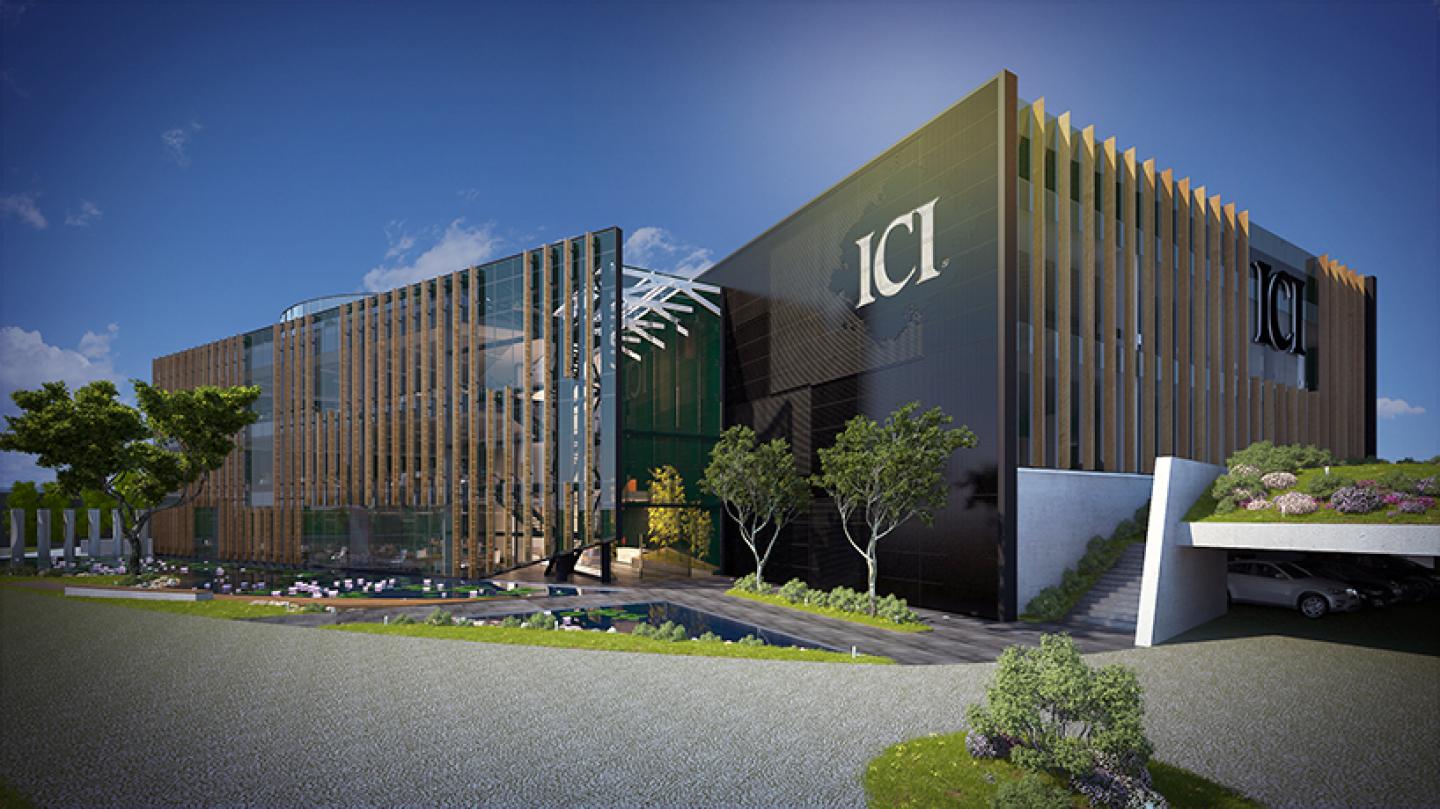 ICI is a pioneering and leading company in the international carpet market. They have two product lines; one is the classical carpet collection being produced with traditional production techniques of XVI. Century, the other is the patchwork collection made of old rugs collected from all around Anatolia.
ICI wanted a new building to house their production and administration facilities for meeting the ever-growing demand for their patchwork collection in the international market. The brief is designing a prestigious and strikingly aesthetic building where they will host famous designers from all over the world for their future carpet collections.

The land is in one of the main industrial zones in İstanbul and adjacent to the main highway. The road facade is covered with wooden sun breakers which provide solar control as well as the aesthetic look.
Because of the form of the plot there is an angle on the road side. The building is separated into two blocks –one for offices, the other for production- with a courtyard which recalls a canyon in the middle. In this manner two more facades taking natural light were created.

Offices are placed parallel to the road, having an angle with the rectangular production hall which we placed on the backside. The courtyard in between these two blocks is planned as the entrance hall of the building. This courtyard in the middle is planned as a junction point of all the circulation. The cafes and restaurants on the ground floor have two facades one facing out to the road and the other facing the courtyard which serves as a social space. The biological pool placed in the court at the same level with the offices makes the work environment a relaxing space.

The offices are mainly placed on the ground floor. On the upper floors of the office block there are seminar halls, cafeteria and the top floor is planned as an executive carpet showroom. There is a roof garden on the top with the executive offices for partners which is planned in an elliptical shape that contrasts with the other forms so that it doesn’t suppress the rectangular production block.
On the production side, accesses are planned according to the natural inclination of the land to let each of the production floors to have their individual accesses.

The building which is designed with sustainable materials is a candidate for the Gold LEED Certificate.

ICI Plant & Headquarters by IGLO Architects in Turkey won the WA Award Cycle 19. Please find below the WA Award poster for this project.