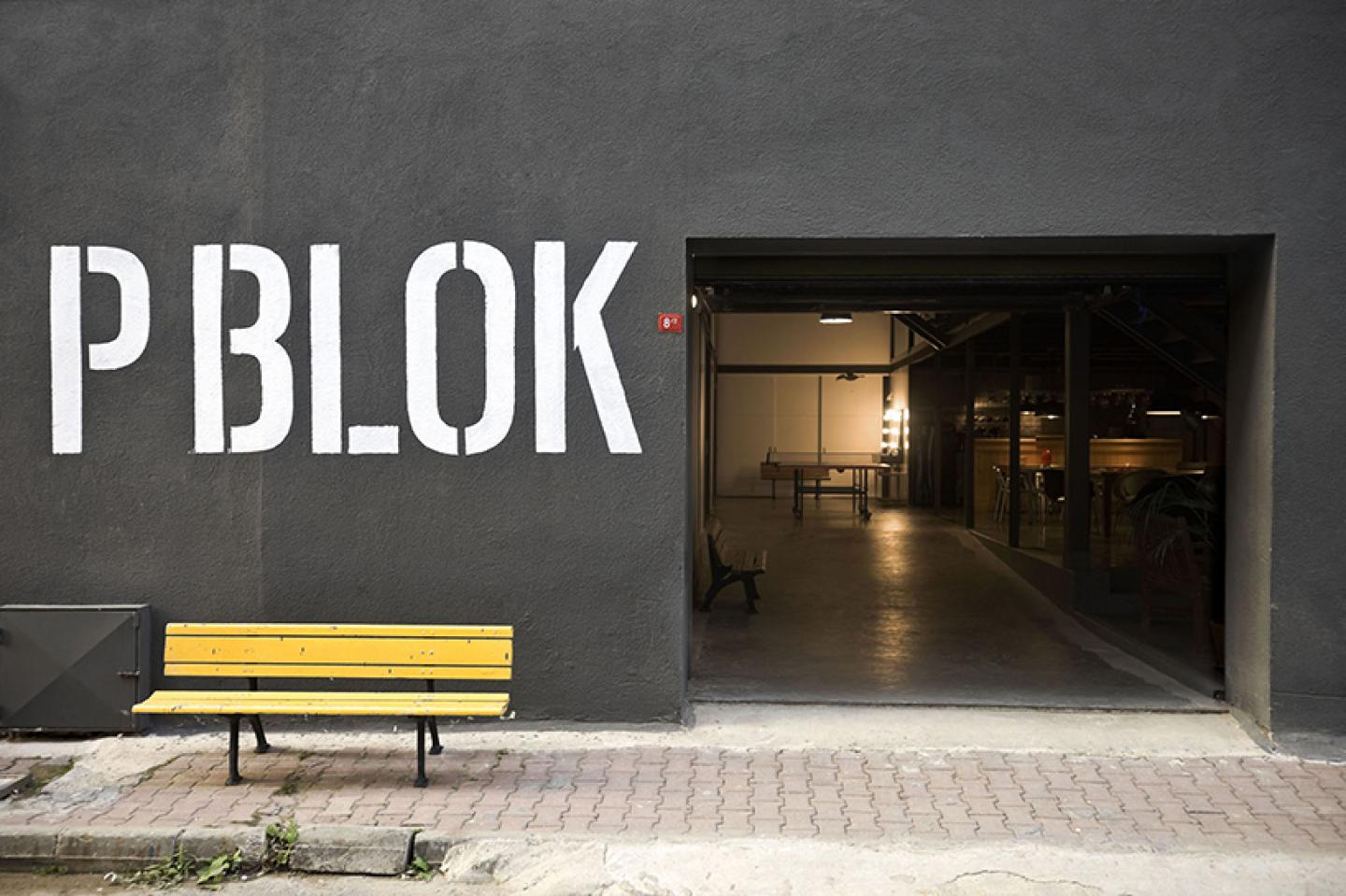 With this project, a 450 m² ware house with 8 m ceiling height in Maslak is transformed into a photography and production studio which contains office and cafe functions as well.

The aim of the Project was to create spacious and attractive atmosphere to fit in a limited budget.

The project is designed around the contrasting aspects such as permeability and isolation between spaces, light and dark, black and white while the functional scheme between the offices,
postproduction and studio areas and the supportive spaces such as cafe, make up room, storage room and WC is solved optimally at the horizontal and vertical planes.

Adding gray and transparent (glass surfaces) to black and white which constitute the background colours and adding some dose of warm effect to this background by the use of wood at the furniture and upper storey floorings, the colour element is composed by the accessories.

The old facade is transformed only by painting. The ramp and the rolling shutter at the existing entry are kept for taking big equipment in for big scale photography. A new entrance door is added at the new reception area which was created at the right side. 2 additional storeys are composed at the entrance side where the offices and post production units are placed. At the back side the full ceiling height is used to place the two studios.

During the construction of this project, the office next door which belonged to the same landlord was being moved, so the structural steel elements there were removed and reused in this project. In this aspect PBlok project is a very economically implemented and sustainable project.