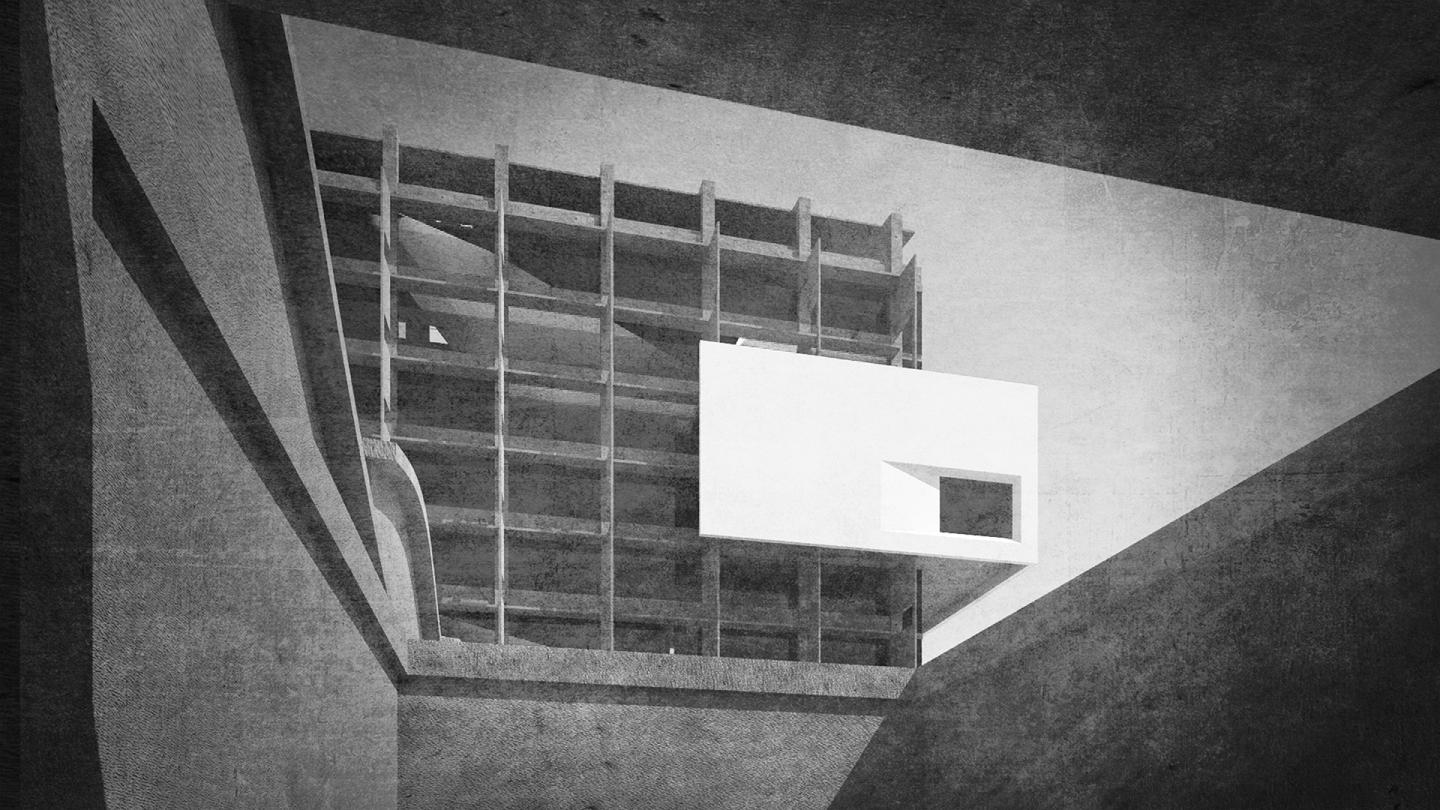 Architecture as a discipline is constantly changing. In recent years, the digitization of the discipline has opened new paradigms in the field of design. Along with the advancement of software design and development tools, new technologies in manufacturing and construction processes have enabled rapid transformations in the industry. Architectural education has also transformed its traditional curriculum to incorporate new methodologies, systems, educators, themes and materials. The discipline influence has expanded into whole communities, creating new cities and improving the lives of others. Architecture schools are also active participants in new modalities of social responsibility initiatives.

But how does the existing school of architecture as building-structure adapt to new ways of thinking, working, learning and research?
After a full semester of research on Architecture Schools around the world, it is finally decided to make the design intervention at the FAU UCV in Caracas, Venezuela, for different reasons and personal influences. The development of this Thesis project consists of three stages: Research, Establishment of a Concept / Question / Thesis, and Final Intervention with its Design strategies.

The study of the FAU UCV in this project consisted of a holistic study, beginning with a historiographic study of the university city and its general function and then focusing on the School of Architecture building. The analytical study consisted of programmatic, functional, spatial, circulation, and artistic analysis (crucial for the development of the intervention). More experimental studies were also made, such as studies of spatial fluidity; functional vs. residual spaces; physical vs. virtual connections, among others. These experimental studies were satisfactory thanks to the collection of data and experiences made to students and alumni of the University.

After all the study, starting from the physical to the abstract, conclusions and questions began to emerge. The first important conclusion drawn from the analytical study was that the building program is distributed in a way that the design studies are located in the tower, separated from the common areas, thus generating a way of working that does not allow collaboration between units, students , Teachers and the public in general. The second relevant conclusion was that the ground floor or base of the FAU is extremely fluid and generates very rich spaces of congregation, informal talks thanks to the wide corridors, totally contrasting with the fluidity of the circulation of the tower that is totally interrupted, generated by Two sets of stairs and lifts that take the user from one floor to the other without any interconnection. The question generated after these conclusions was: what would happen if the tower becomes the faculty brain and simulates the circulation flow of the ground floor?

To answer this question, the concept of architectural palimpsest was introduced to the design formula. Palimpsest: 1- "A manuscript or a piece of writing material in which the later writing has been superimposed over deleted previous writing." 2- "Something reused or altered, but still with visible traces of its former form." Introducing the Palimpsest concept into the design formula allowed us to look at the structure-building relationship from a new perspective. From this concept the tower was treated as an architectural piece from which, while subtracting, but maintaining the inherent qualities of the same, begins to define the design intervention from a completely different point of view.

After an intuitive analysis of connection and fluidity of negative and positive spaces, based on the pattern of Alejandro Otero murals located on the east and west facades of the tower, a series of operations were generated that generated a new spatiality and idea of re-circulation in the tower of the school. When reading architecture as a Palimpsest, it can be interpreted to have three different meanings: the former meaning, the new meaning, and a hybrid interpretation when reading the remains with the new. As the leftovers of the past appear partially through the new, the new work becomes a superposition of the old, making a simultaneous reading of the old and the new.

From this new spatial idea, the reprogramming of the faculty took place. The tower will contain the administrative offices, the Deans office, institutes, computer rooms and laboratories, research centers and offices, offices of the FAU UCV Foundation, and finally the library that becomes the nucleus of the tower, generating Thus a central space of congregation, study, informal classes, etc.