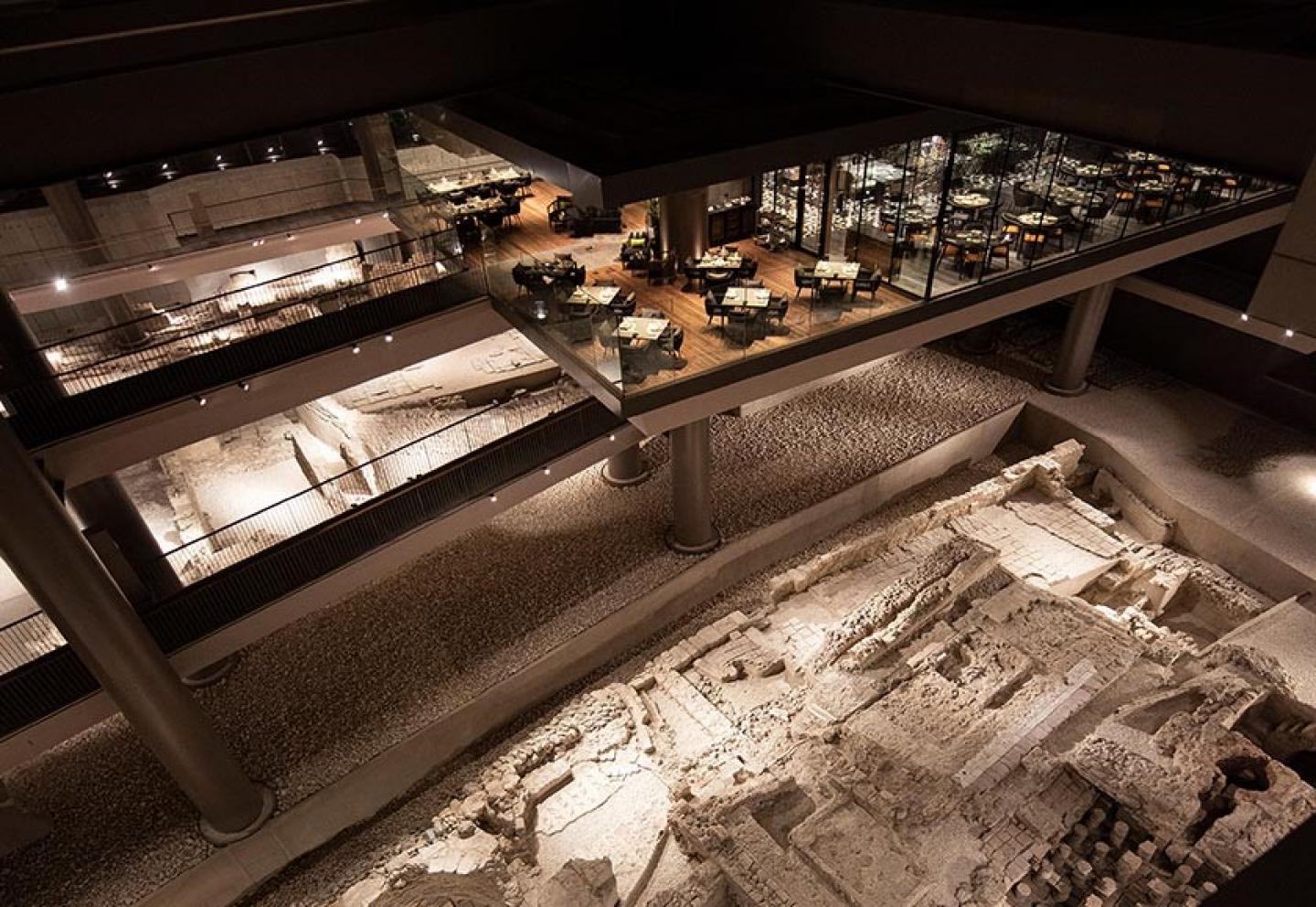 A Design Journey in the Time Tunnel by Designist: The Museum Hotel Antakya

The Musem Hotel Antakya is home to the largest single piece antique floor mosaic known in the world with its museum of ancient Roman artifacts in Hatay, one of the oldest cities in the world. Under the leadership of Interior Designer Aslı Arıkan Dayıoğlu, Designist has put signature to interior designs of many areas of The Museum Hotel Antakya.

Under the leadership of Aslı Arıkan Dayıoğlu, Designist carried out the interior design of many areas in The Museum Hotel Antakya. As well as the interior designs of Balance Spa and Fitness Center, Ayan Meyan A La Carte Restaurant, Sixty Six Night Club, Nas Residence, Asf Management Office and hairdresser, all the furniture, lighting, accessory selections and custom design carpets of the main areas designed by Designist.

It was aimed for the guests to relax and enjoy in calm environments that are designed by Designist for The Museum Hotel Antakya, following the journey in a time tunnel throughout the day. While the color compositions of the mosaic panels unearthed in archaeological excavations and exhibited in the museum inspired the interior design of the hotel, beige, tile colors, orange and green tones were the most preferred colors in interiors.

Reflecting the characteristics of the ancient city of Antakya, the yellowish-white limestone peculiar to the region has been an inspiration for the Designist while designing the spa areas. At the Balance Spa, which competes as a finalist in the category of "Best Spa & Wellness" in Ahead Awards 2020, a tranquil space has been created by using tones of limestone and it is aimed to embrace the guests with softer tones from the entrance. When the water element, which is the constituent of the spa ritual, is examined, the hexagonal form that forms the water molecule was based to create a pattern designed only for this hotel, and this pattern was repeated in different areas and forms throughout the spa. While the entrance counter, door handles and divider panels were created using metal, it was used as marble carved masses in the large bath. Designed in the heart of the cold baths, the water plashing of the fountain that echoes in the whole space was brought to life as a representation of the water channels wandering in the streets of Antakya.

Another venue designed by Designist, A La Carte Restaurant Ayan Mayan, has been revised its place in the architectural project and placed in the heart of the museum like a flying carpet. The restaurant, which dominates the fascinating archaeological area below from its three facades, thus gained its own identity and became unique as Ayan Meyan Restaurant. While creating the spatial concept of the restaurant, the appetizers of Antakya, the center of gastronomy, and the spices that helped to create unforgettable flavors, became a source of inspiration for Designist. The spice collages were turned into chain panels unique to the space by Kriska Dekor and a unique floor tile was produced by working with Karo Siman. The front surface of the restaurant bar, called Rakı Bar, is covered with a specially manufactured Rescoo mosaic as a representation of grape and vine leaves. On the back wall, half-cut Rakı glasses and copper Ehli Keyfs are mounted on the mirror, creating a special wall.

Sixty Six, the nightclub where the rhythm of the music is reflected on the design, was designed with Tonk Project concrete wall tiles and energetic atmosphere was created with polygonal forms.

Another Designist’s signature work Nas Residence designed as a prestigious penthouse apartment located on the roof of the hotel. The residence, overlooking both modern Antakya and St. Pierre Church from its terrace, has been brought to life elegantly with its high ceilings, as a peaceful four-room space and calm color tones. A large bonzai tree is placed under the skylight in the entrance hall of Nas Residence which is reached by private elevator. The tree represents the story of the museum and the hotel, which will live with Asfuroğlu family, who enriches the value of Turkey, from generation to generation. Designist team is very proud to be a part of this project which is priceless for Turkey.