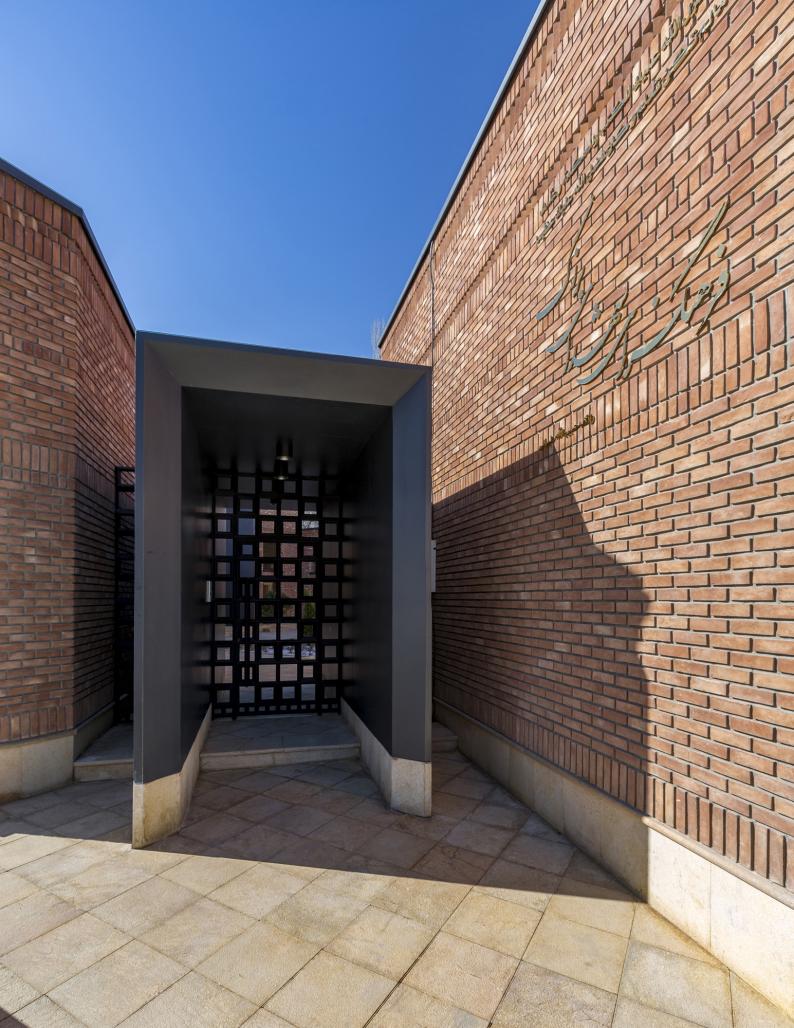 Main formal concept of Barzok cultural center is courtyard space. A courtyard space is a type of space —often a large space—where the main part of the building is disposed around a central courtyard. The courtyard space makes its first appearance ca. 6400–6000 BC (calibrated), in the Neolithic Yarmukian site at Sha'ar HaGolan, in the central Jordan Valley, on the northern bank of the Yarmouk River, giving the site a special significance in architectural history. These spaces consist of a central courtyard surrounded by several small rooms. each room has different sizes of windows according to the ammount of light that space needs.

The Barzok Cultural Center’s main material for its facade is brick. The earliest bricks were dried brick, meaning that they were formed from clay-bearing earth or mud and dried (usually in the sun) until they were strong enough for use. The oldest discovered bricks, originally made from shaped mud and dating before 7500 BC, were found at Tell Aswad, in the upper Tigris region and in southeast Anatolia. The South Asian inhabitants of Mehrgarh also constructed, and lived in, air-dried mudbrick houses between 7000–3300 BC.