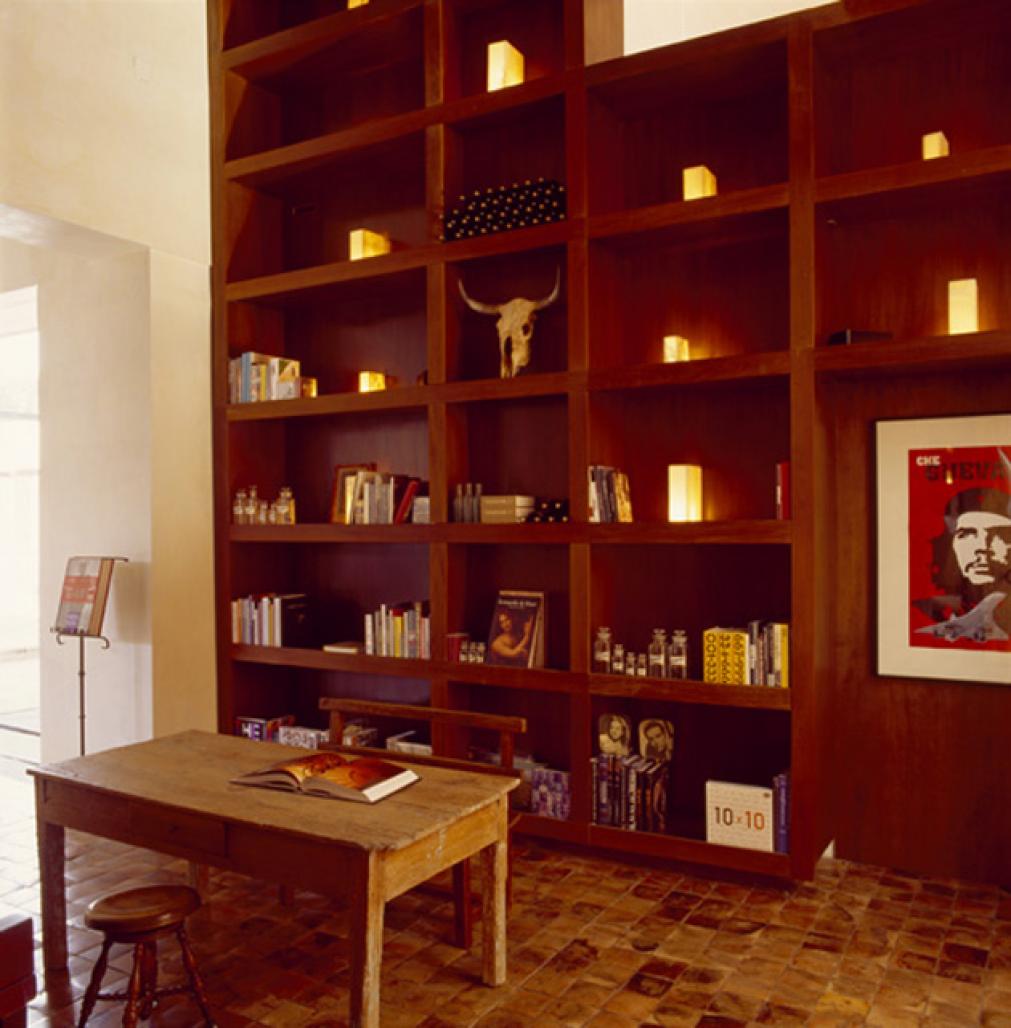 The project consists of a large lateral patio which is surrounded by an L-shape building. The building was originally the convent of San Francisco and was converted into a water factory in the XIX century. The ruin was transformed into a modern hotel locating the common areas on the main level and the guest rooms in the first and second floors. From the fourth level spectacular views of the city can be enjoyed. The amenities located in this area are open to the public. Under a sharpen roof the old machinery from the factory time was left to decorate and contrast with the old building and the contemporary renovation.