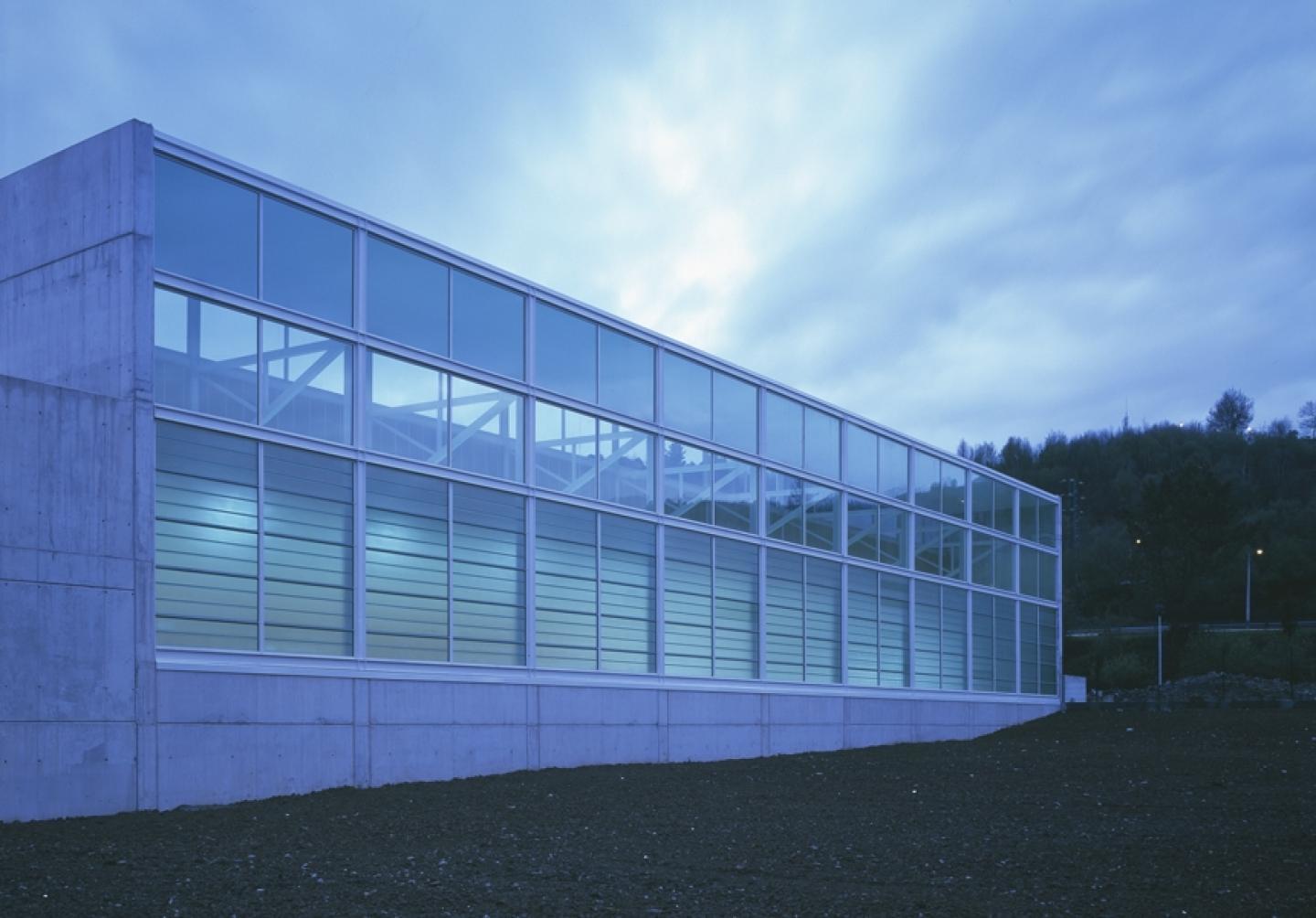 The project is located on a spare plot of regular land, its access point giving onto the main street, and closing off to the north of the Bilbao-San Sebastian motorway. It is constructed like a deliberate series of qualified spaces by the strategic use of longitudinal corridors for lighting which articulate the different uses by means of "light-free spaces". Supported by a cross reception area linked to the street, this generic operation arises in more concrete form in two chief locations: The sport centre court and the swimming pool, as well as in the central spectators gallery which separates the two. In this way, slightly differentiated repetition allows greater options in the interior spaces.

The court is lit from its two parallel side corridors, one of which is private, the other public, at an angle to the upper empty space. The flat translucent glass planes imbue the metallic northern light with a dense greyish quality.


The swimming pool looks out lengthways to the east, in a vertical progression: a solid concrete base, a strip of translucent `u` -glass, and another transparent, which have the effect of creating three layers of horizontal, superimposed light. The ground floor, whose changing rooms have a relationship with the spectators` galleries on the first floor, which creates a vertical space prone to catching the horizontal beams of light from east and west.