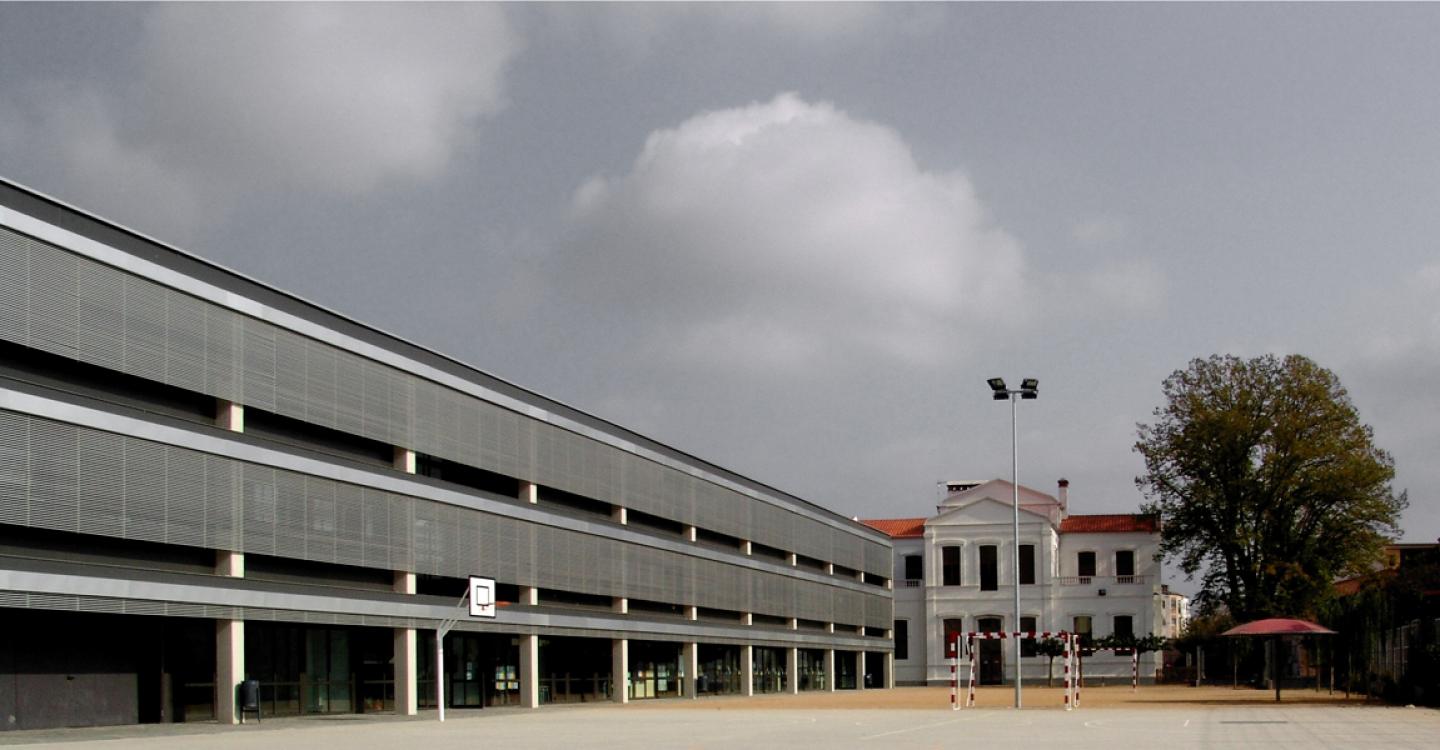 This building is built just a few metres away from Banyoles Lake, on a narrow strip of land surrounded by two irrigation canals under open skies and close to an old big house deemed to be of patrimonial interest. The teaching block was installed in a linear building at the northern end of the plot, leaving a large tract of land at the southern end where there are the sports courts and games area in a unique space. The existing building contains its own administrative section, a library, and a dining area, a linear archway linking both buildings with a covered walkway.

The building is structured by means of a space between two supporting walls of 7.20 which defines its structure, its functional organisation, and its formal configuration. A lattice of fixed aluminium slats protects its rooms from solar radiation and filters the presence of the outside inside the rooms. The building aspires to be of a type that allows the lifestyles of its occupants to flow freely. Just like the surrounding countryside, the building is a scenario in itself, which, indifferent to the games the children play, returns their reflection, and notes the passing of time on its surfaces.