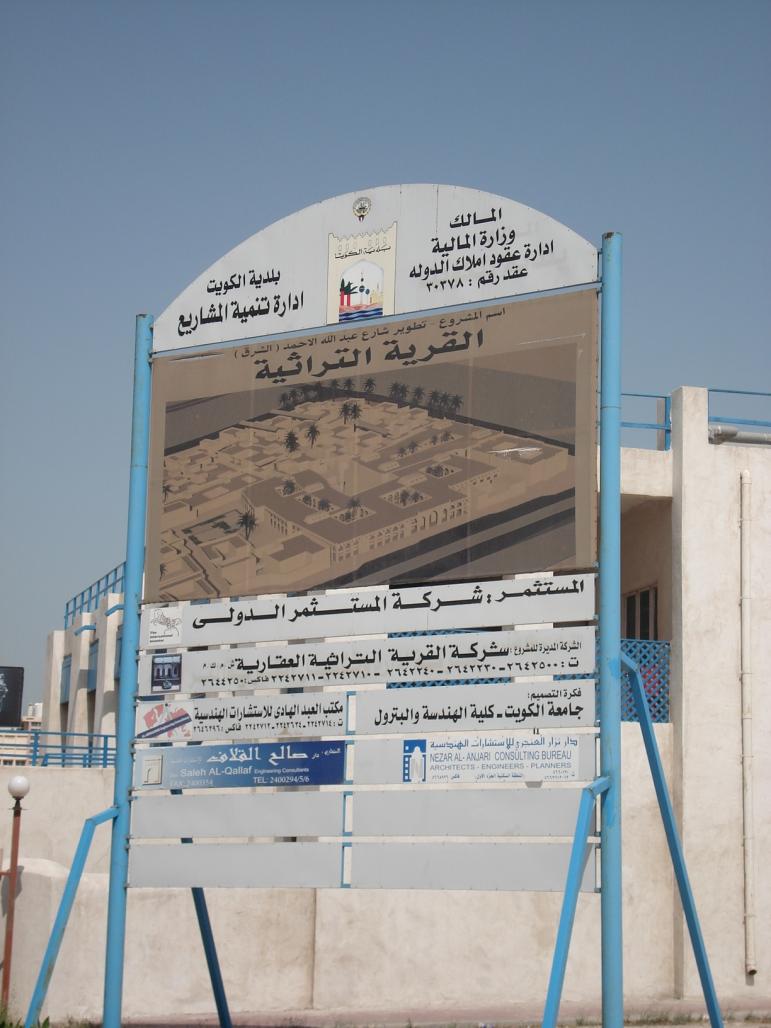 The Heritage Village is located in Sharq area. It is a new development containing houses, shops, souq, restaurants, and hotel. It is designed according to traditional Kuwaiti architecture style. The pattern of the city was depicted from old maps and was used to develop the new design. Traditional alleyways called "fareej" were used for the pedestrian streets and the courtyard called "alhoush" was used for the design of the houses. The few remaining traditional buildings were preserved and new buildings were designed to imitate the traditional style. The intention of the project is to revive part old Kuwait city that was demolished during the 1950s as part of its 1st Master Plan strategy. Will they "new heritage village" succeed in reviving the past memories or will it destroy the remaining historical buildings and context?