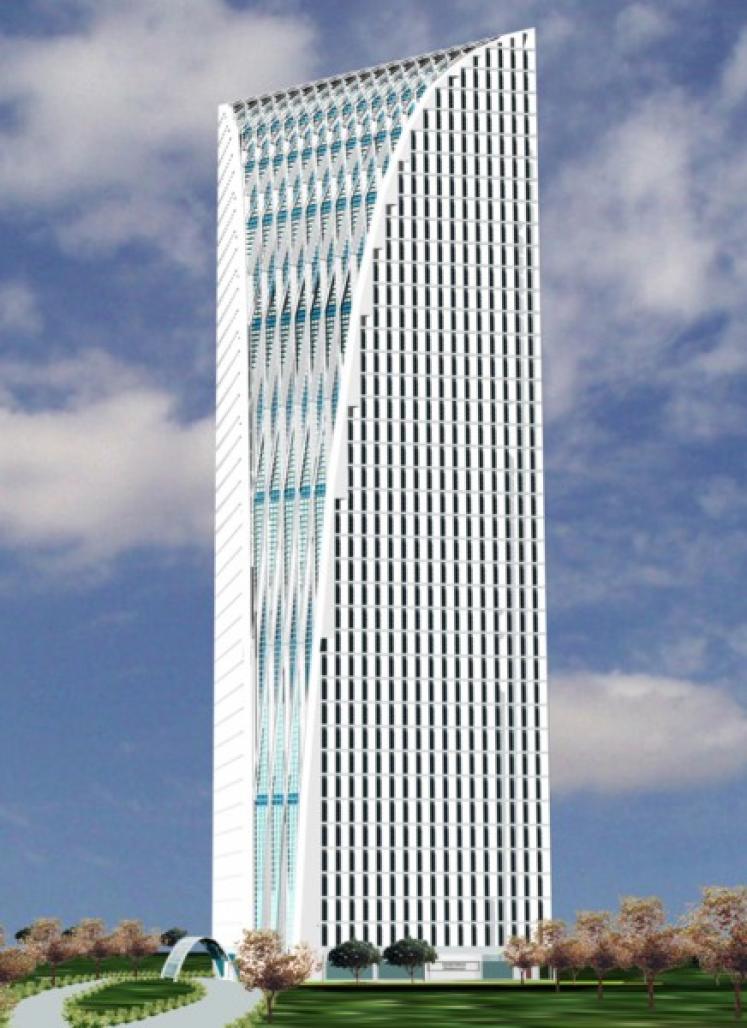 4G9 Tower (abbreviation for Precinct 4, Government Building, Parcel 9) designed for The Ministry of Information, Malaysia, is located on a strip of crescent shaped development site facing the Dataran Gemilang, a circular landscaped open space situated at the southernmost tip of the Core Island, Putrajaya. In the urban context, this 39 storey office building is part of a group of 4 towers earmarked to become the tallest structures to be built within the Core Island development.

The visual metaphor for the tower is based on traditional malay artifacts and crafts, the curved side elevations recalling the shapes of ancient stone artifacts, and the diagonal shaped central façade pattern symbolizing a traditional form of textile craft, the ’songket’.
In order to translate these metaphors into buildable forms of specific measurable dimensions, a concept based on the Fibonacci Series is conceived as a form-giver to be used for shaping the tower. The series is a mathematical progression of numbers where the following number is the sum of two previous numbers; 1,1,2,3,5,8,13…. From this concept, a series of segmented façade surfaces is formed beginning from the roof, 1 storey, 1 storey, 2 storey, 3 and so forth to 13 storey for the lowest façade surface. These surfaces, formed of diagonal elements are then set in at different planes, and detailed by façade engineering consultants based on the unitized curtain wall concept. The sides of the tower, designed of precast RC fins with punctuated windows, serve as a counterpoint to the visually lighter Fibonacci façade.
The 4G9 tower building enclosure utilizes passive solar shading devices to achieve an Overall Thermal Transmission Value of lower than 45 w/m2.