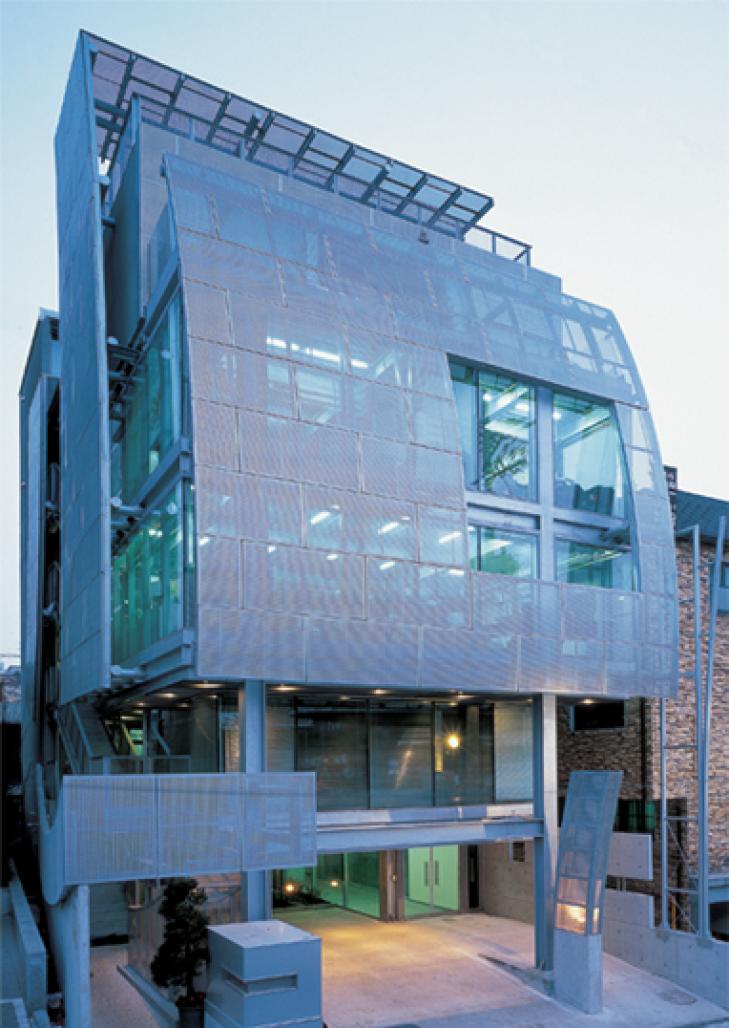 The site is undistinguishable, because it barely just out the shape toward the narrow back-road in Sinsa-dong in seoul. On the other hand, the openness is rather good owing to the large parking lot and a park between the confrontal Somang church.
The multi-functional architecture which contains offices, a cafe on the first floor a photograph studio in the basement, a detached house on the top floor and the others are endowed a concept of `single building` as a `village` where every functional house is gathered.
Every building that are arranged vertically/horizontally are linked to an outside stairs as a ‘passage’ and maintain psychological `separation`.
Several houses located in a building are arranged with the garden as a central and the garden secures a distance to keep a privacy of every house. In addition, it endows a motive with the light, wind, view to promte relationship between the each house.
The slab deck on the ceiling and the materials for steel frame is exposed as it is to maintain the existing simple structural beauty and to save the construction expenses. The materials of the structure are also used for the finish, so interior expresses a metallic atmosphere.
The facade of the building protects the view from the high bell tower and general view of Somang church.
Moreover, the facade of the building intends a `screen` as a film that controls the light and the view to the transparent glass box toward the road.
This shape is designed with curved surface to harmonize with the limitation line for privacy line by the road, an oval canopy of church faces front entrance directly and an exposed-concrete wall of church. The perforated plate that covers the mass on the front road becomes an image of the building. The light from the inside diffuses to outside faintly through the perforated plate and act as an `architectural lamp`. The name of `Light House` is given through the image of architectural lamp.
It intended to be a `lamp` put opposite the church.
I expect `Light House` to be a building as a `lamp` that lights a `light of hope` act with a expression of a bright and young in the region where assumes offensive posture comparatively.