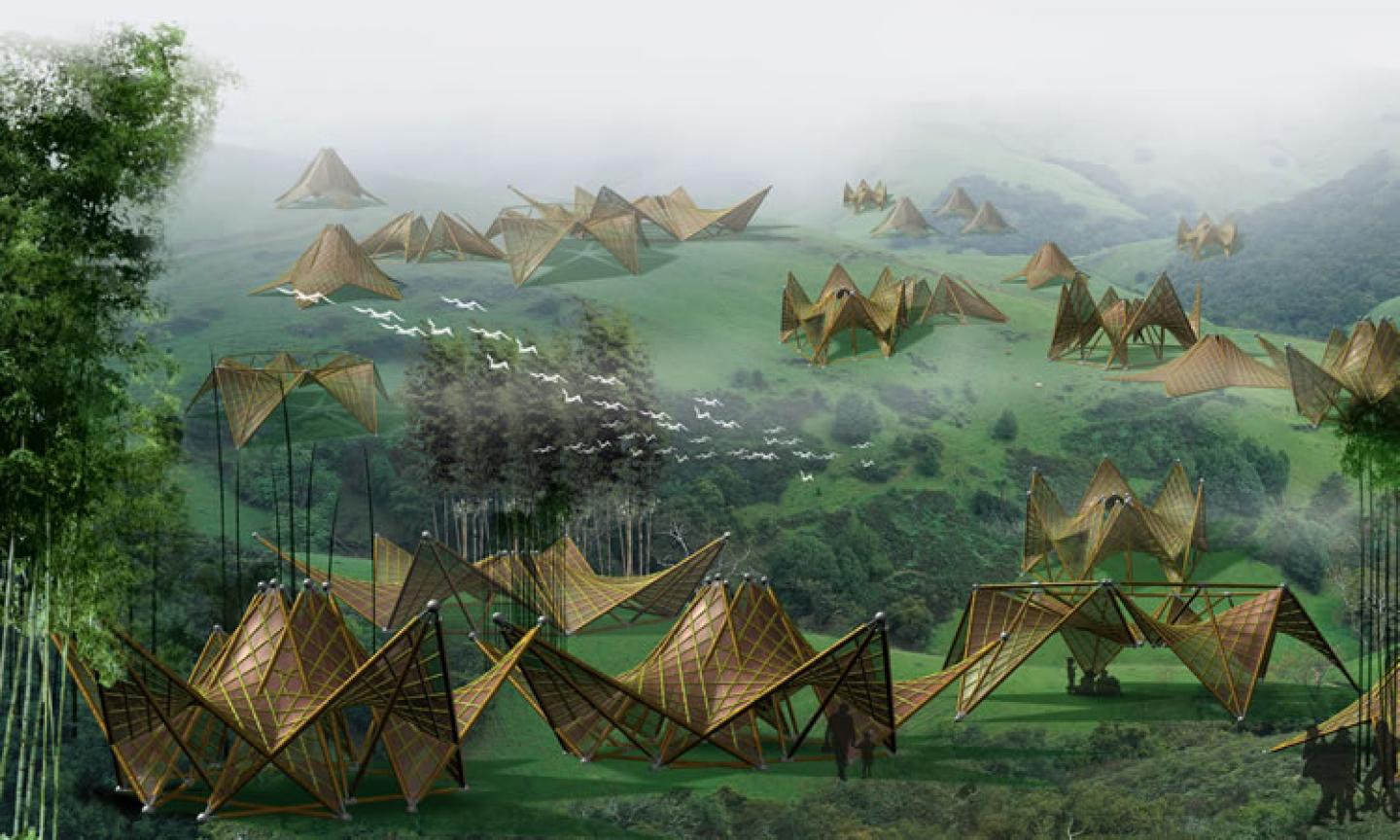 After a magnitude 7.9 earthquake struck central China last May, killing 69,000 people, injuring hundreds of thousands and leaving millions homeless, the government is planning an extensive reconstruction project that includes building more than 1.5 million temporary homes, which are expected to last two or three years. Hundreds of Chinese factories that make tents and temporary buildings are maximizing their production for the sake of the earthquake survivors, many of whom lost everything.

The central feature of our project is the development of a temporary shelter for the homeless people, a kinetic structure that exhibits characteristics of umbrella and folded fans, with the potential of arranging themselves into various contexts and dwelling requirements. We named it as Bamboo + paper House, a self reconstructive structure for instant installations, which, according to the changing internal requirements and site topography, can produce potentially infinite scenarios.

As the fastest growing plant, Bamboo reaches full height in one growth spurt of about two months. When bamboo is harvested, the root system is unharmed and healthy, ready to produce more shoots, just like a grass lawn. Thick bamboo poles are 2-3 times stronger than comparable size of wood timber. Bamboo can be harvested in 7 years versus 10-50 years for softwoods and hardwoods, yielding up to 20 times more than wood. It produces greater biomass and 30% more oxygen than a hardwood forest on the same area, while improving watersheds, preventing erosion, restoring soil, providing sweet edible shoots and removing toxins from contaminated soil.

Rather than using the industry mass production to generate uniform dwellings, the Folded Bamboo House uses a simple kinetic structure made by bamboo, a kind of bottom-up assembling of complex adaptive systems that self-regulate, in opposition to top-down overarching principles. The straight bamboo poles are used to create ruled surfaces-helicoid, hyperbolic paraholoid and hyperboloid of revolution. The result of Folded Bamboo House is a reflection of the logic of fold versus unfolds, self-construction versus de-construction, permanent structure versus mobility.

The characteristic of the Folded Bamboo House heavily relies on the umbrella structure’s open angle and the spatial relations of each rib. The Folded House is transported to site and modified by the social, economic and culture requirements of the user. With this user customized system, the house can react to external stimuli and be transformed with a short time responding to the light, wind or temperature change.


2. Folded Paper house
With over 50% of the average landfill mass comprised of paper, and with the growing need to decrease landfill input for economic reasons, the ability to turn this paper into usable, stable, strong building products is a great advantage.

Paper is recycled content {post-consumer and pre-consumer}. Use of savaged paper reduced the environmental impacts and energy cost of producing new construction products and mate¬rial. There impacts are significant since buildings account for a large portion of our natural resources consumption, including 40% raw stone, gravel and sand, and 25% of virgin wood.

The composed of paper fibers, water, and cement can be used for a variety of construction applications. After draining the majority of the water, the slurry can be molded into tubes to be used as a construction material. The light weight paper house can be pre-assembled in the factory, folded into a small package, loaded into a truck for transportation. 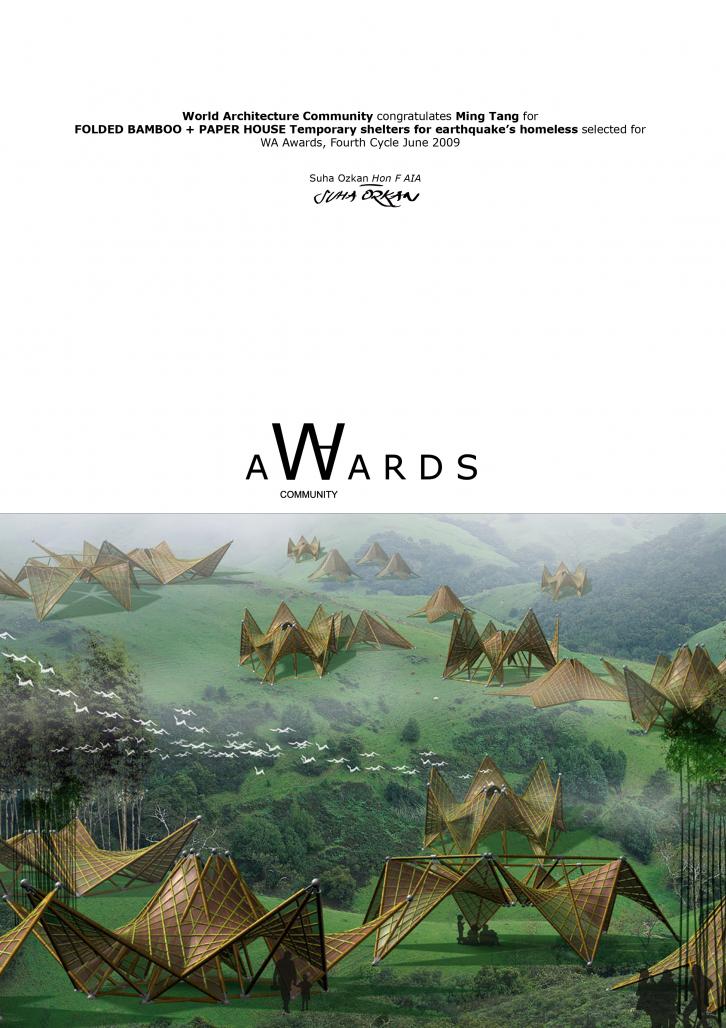