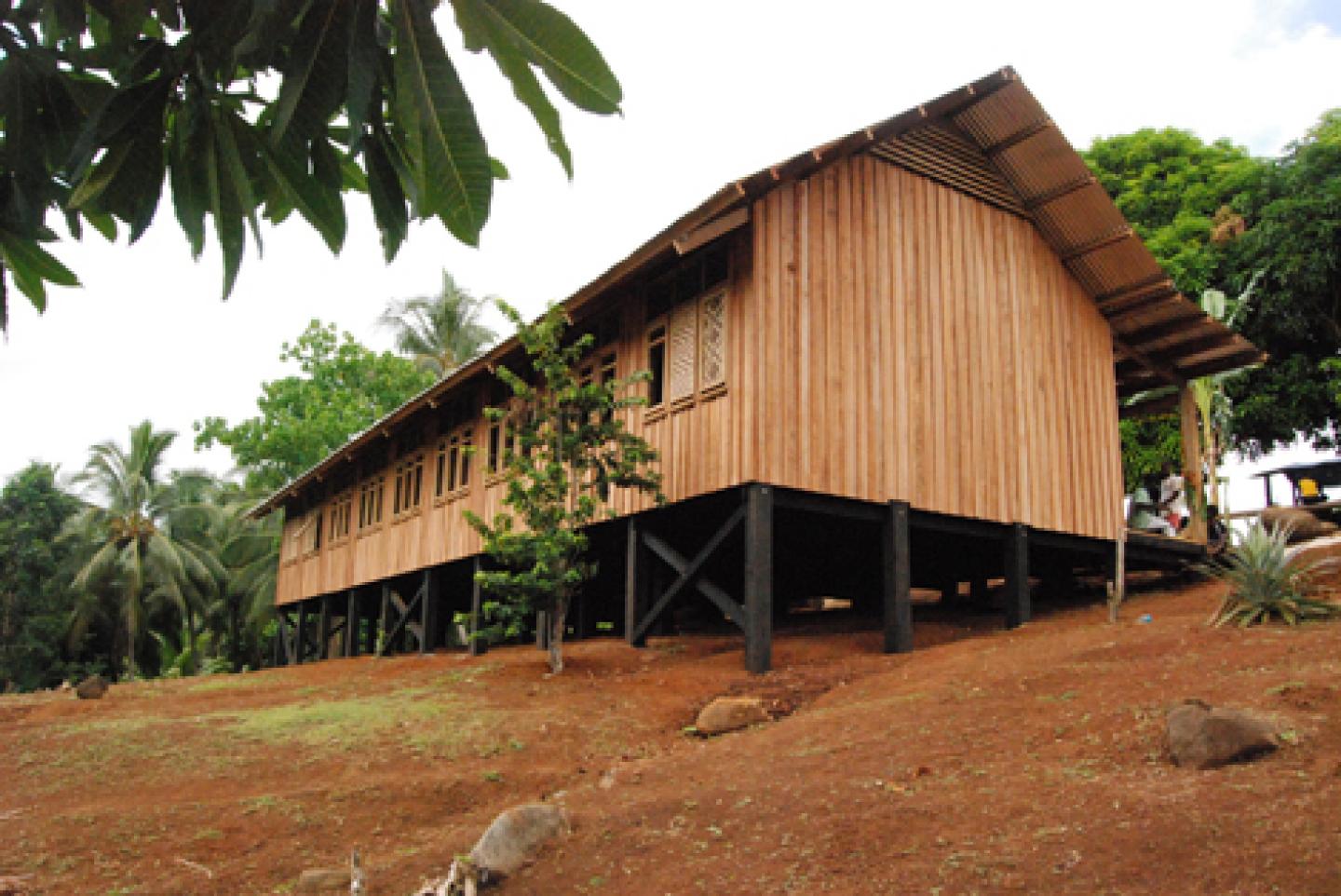 On April 2nd 2007, an 8.1 magnitude earthquake and resulting tsunami hit the Western Province of the already impoverished Solomon Islands devastating villages and destroying hundreds of houses and schools.

The Ngari School building was designed and built as a prototype to aid rebuilding efforts. This modest two classroom block was the first school building to be built as part of the Unicef led response program.

Emergency Architects was originally approached by the European Union and the Solomon Islands Government to provide simple, appropriate, sustainable designs for the 130 schools affected by the disaster. The brief was to produce a suite of building designs that could be used for the various functions of a school in remote regions of the Solomon Islands, places that can sometimes only be accessed by boat or foot. The buildings had to be easy to construct using local labour and materials and had to be earthquake resistant, naturally lit and well ventilated. The building is made entirely of timbers cut on site and the windows are made locally from hand woven fibre.

A truly collaborative project, workshops and community consultation were held to enable participation and comment by user groups with the design being completed on a pro bono basis by architects and engineers in Australia and the Solomons through Emergency Architects.

Once on site local labour was used to engage the community, provide training and build capacity and it was constructed to program in 10 weeks for EURO40,000 ($270/sqm), an amazing feat in that environment! Subsequent refinements to the design have made further savings so that future buildings will be even cheaper.

Architects are often criticised for being exclusive, over budget and taking too long so it was uplifting to see that a simple building, designed for its purpose, could not only meet its programmatic requirements (and a dire need!) but could also be cheaper than some of the less appropriate alternatives proposed for the reconstruction efforts.

Ngari School by Emergency Architects in Solomon Islands won the WA Award Cycle 4. Please find below the WA Award poster for this project.