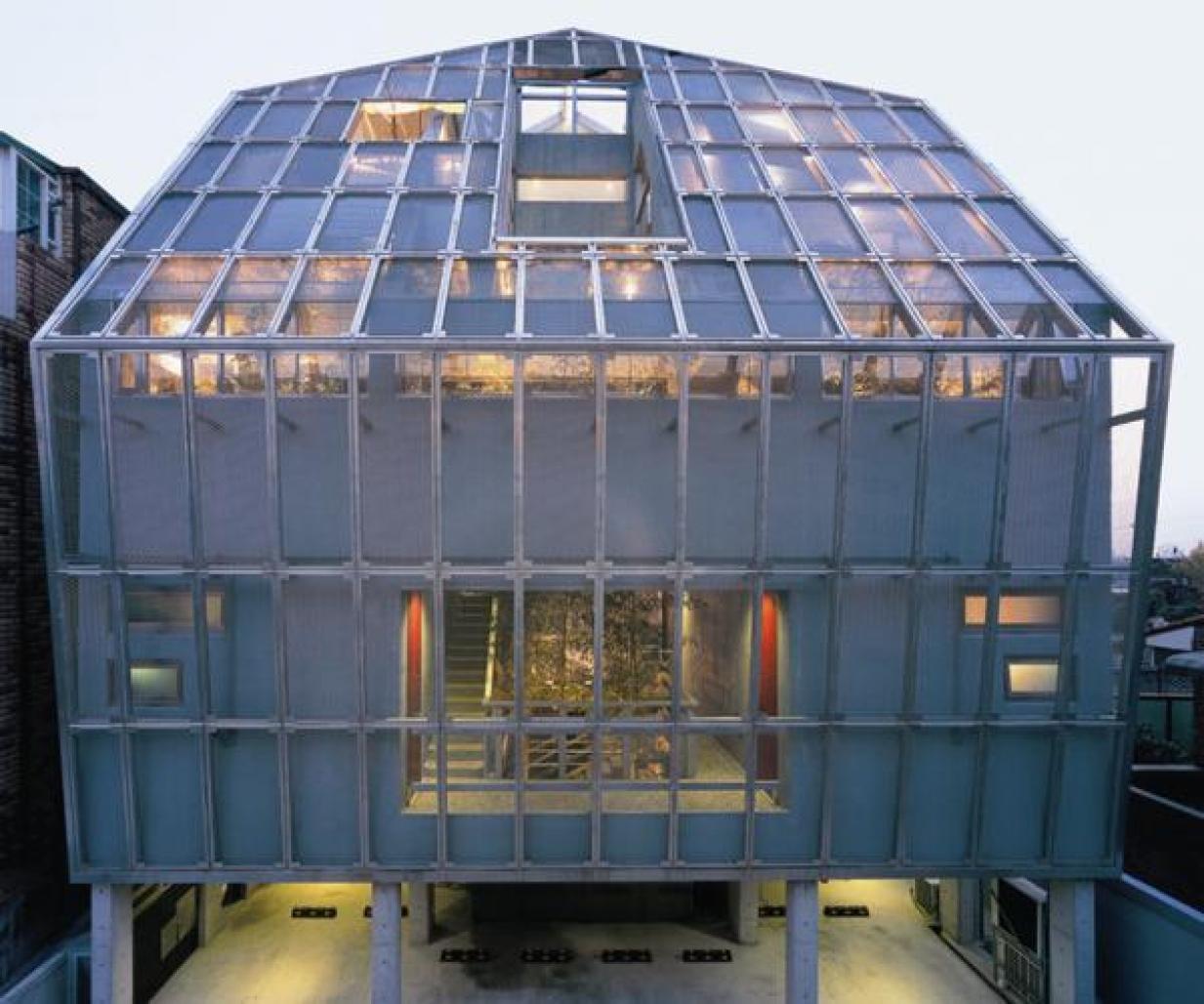 “A building as a vertical village” & “inheritance of spatial tradition” are major concept of this project.
Inheritance of spatial tradition & Perpendicular residence/city as a “village”
-The character of history and place of the Korean-style house inherited spatially by composing the “inner court” of existing house for “inner court” of Jo Rin Hun. This court functions as a spatial element that satisfies the right of sphere and ownership with recognition that each of the household living in this house is the owner of each separate house. Many detached house composed vertically with outside-stair as a passage and the small outside space will be “city windpipe” that connects the city and architecture strongly.

Introduction of nomadic program and nature
-I aimed at nature-friendship by introducing the nature positively and aimed lies latent a small and abundant spatial story by residence together with the large and small houses.
By openly establish the secret private life program, that is, concealable action apparatus like shower, bathtub, close-stool, washstand, he/she could liberate from restrain of secrecy by him/herself and could present action of life. With the preparation to feel the instinctive pleasure in the nature that is an instinctive environment, all the action of him/herself become a sight and concerned object. So it was an interesting work to plan the “place” where exist a history and story to aware of the vestige of life always.

All residential units of this building are different each other in space and area so, natural community is composed

Multi-function of translucent skin & mass being un-architecturally
-By incoming the neighbored landscape with the expended metal translucent board, the light, wind, sound through the small vertical courtyard surrounded by each houses are effective and forming introverted calm spatial environment. It is intended to function hiding neighborhood, filtering surrounding landscape, control of the light by the lid of the outer cover adjoins neighborhood with translucent skin.
Indistinct landscape of the village, clearly visible shape of the Korean-style house, the whole views of Seoul with Namsan tower and the festive night views were the landscape program of Jo Rin Hun. The city and architecture are endowed with strong mutual response and finally this mass become to carry the un-architectural property of matter of transparence introrsely, translucence extrorsely. It is intended to feel Jo Rin Hun, which is vertical and huge mass comparatively, as “un-architectural” property of matter to harmonize with the horizontal stable landscape formed by the remaining Korean-style houses and to form a new city context that corresponds to the change. It lost by the shaded portion of road, right to enjoy sunshine, cultural property protection. By indoor palnting to the remaining mass, it could be recognize as an ecological mass, as well as, the whole could recognized as if translucent/opaque un-architectural object are covered with expended metal and intend to grant a formable sensitivity that harmonized with the image of Korean-style house to the structure of skin.

Light-house of life
-I expect Jo Rin Hun, un-architectural architecture, to be a “light house of city” that always lightens the neighborhood and to be a place where record and preserve the historic of the site.