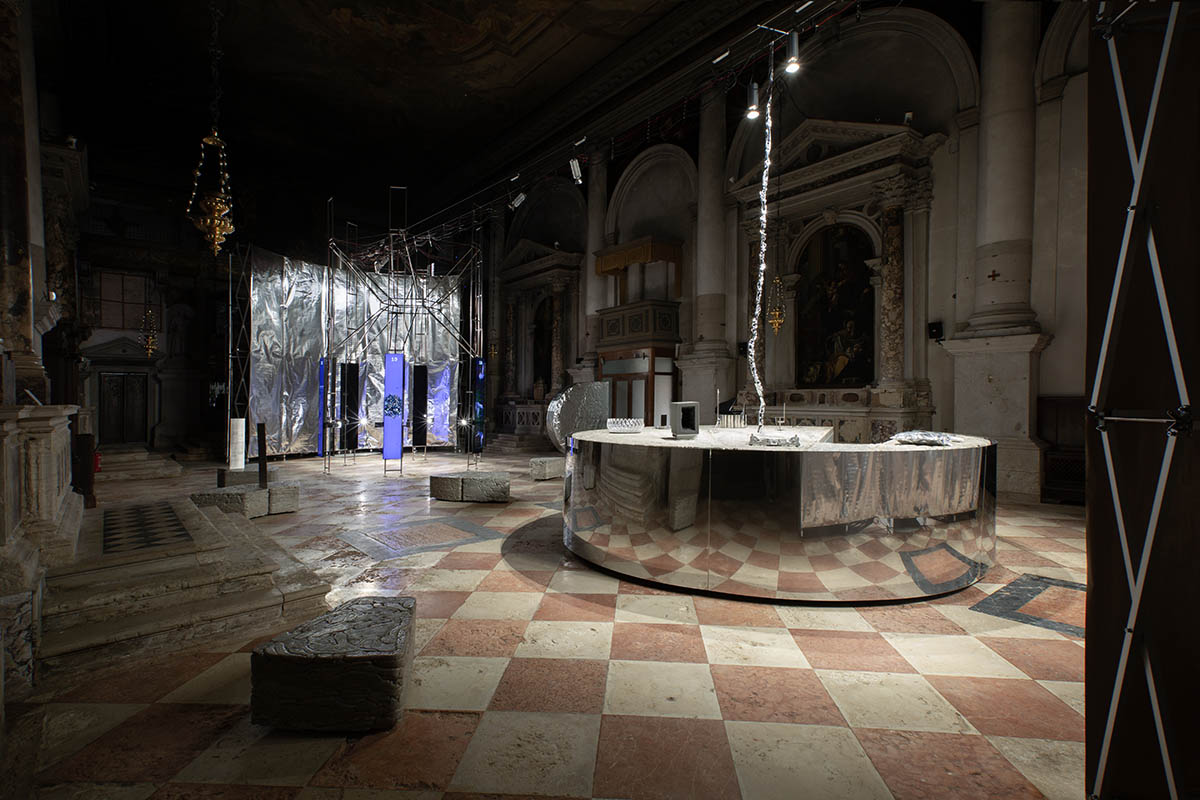 The Lithuanian Space Agency (LSA) has installed a 3D scanner that send visitors virtually to outer space world at the 2021 Venice Architecture Biennale.

The exhibition, titled as Planet of People, is located at the Lithuanian Pavilion in the Renaissance church Santa Maria dei Derelitti, a unique setting offers the Biennale visitors a fictional outer space world that brings "together gravitational aesthetics and cosmic imagination."

The exhibition is curated by Belgian designer and academician Jan Boelen and commissioned by Julija Reklaitė and organised by Rupert, Centre for Art and Education, presented by the Lithuanian Council for Culture. 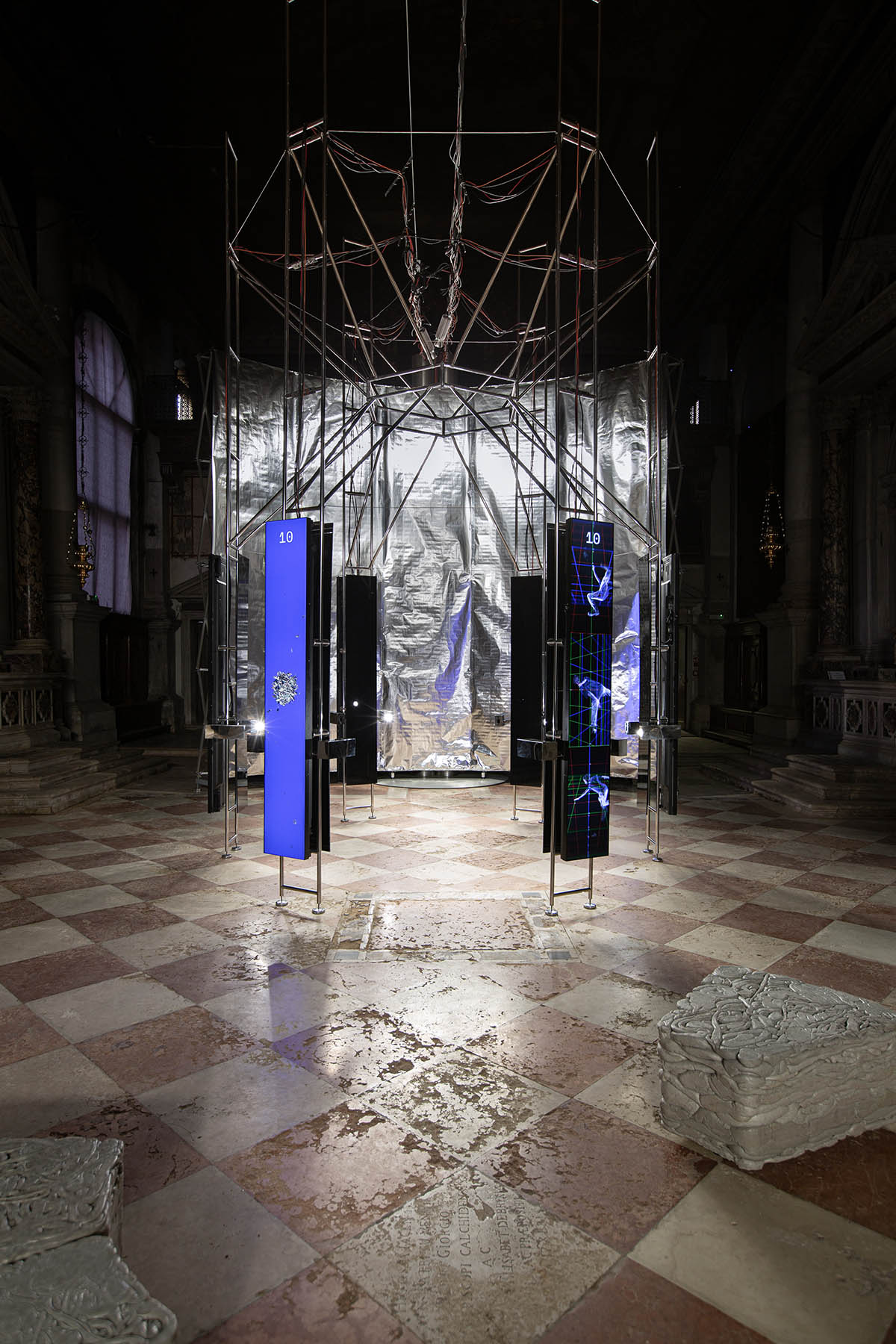 Within the exhibition, visitors also see a number of works, prototypes, research and cases studies, alongside it offers a 3D scanner that scans the participants of the experiment and ‘sends’ them into space as animated simulations.

Planet of People is presented as an artistic and scientific study into a hypothetical artificial planet made up of human bodies. The aim of the exhibition is to "explore what it would actually take to realise the architectural fiction of Planet of People and raise questions about its sociopolitical implications."

According to Jan Boelen, the Lithuanian Pavilion "introduces a new possible space age." "A space age that gives power back to the people, shifting it away from the national and commercial colonisation of space."

"The current crisis is a crisis of imagination. The LSA presents prototypes that let us choreograph and dream together," said Jan Boelen.

"The most ambitious prototype is a machine for an escape from Earth that catapults us into space where we merge into an alternative planet."

"With this presentation, designed as a Gesamtkunstwerk, the LSA introduces a new possible space age. A space age that gives power back to the people, shifting it away from the national and commercial colonisation of space," Boelen added. 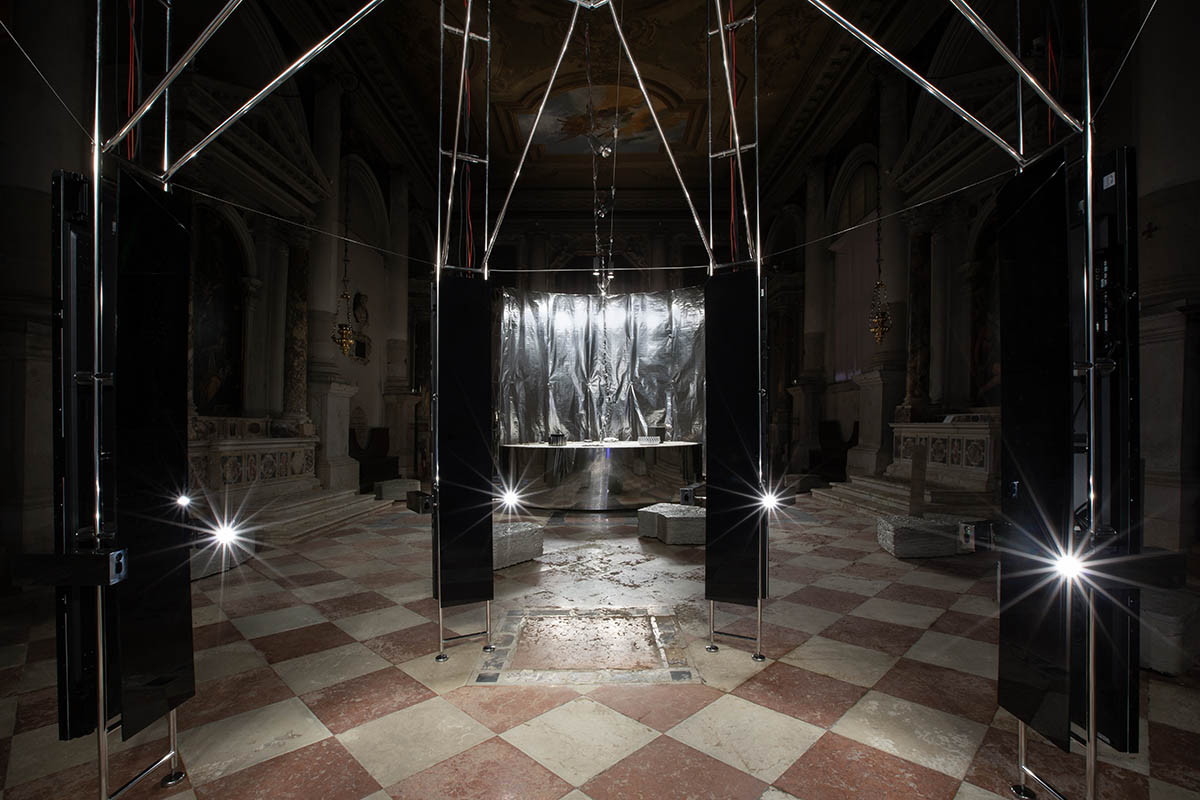 The LSA, founded by Julijonas Urbonas, is an organisation that researches space architecture and gravitational aesthetics. The agency is an astro-disciplinary initiative that aims to create a truly extraterrestrial imagination.

A think-tank-cum-space-logistics-company, the LSA is researching and developing the poetic logistics of establishing alternative ways of being and imagining together both on and beyond Earth. Acknowledging the cosmos as the site of radical other-worldliness, the agency focuses on how we can get closer to the unearthly while also shifting perspectives on humanity to those of an alien. 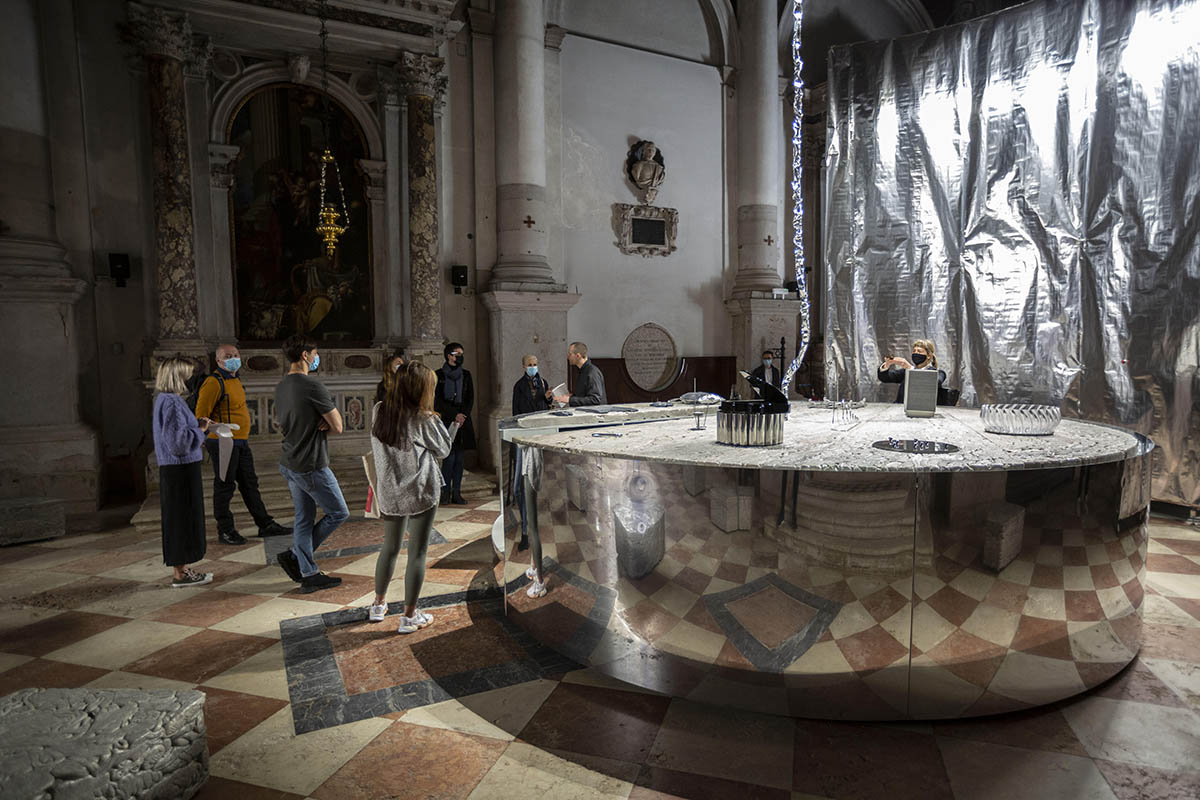 The LSA asks that "When humans are liberated from the constraints of Earth and simply become the building blocks of this new extra-terrestrial structure, what is the role of our earthly cultural and ethical notions?."

Through this 3D scanner, as more and more people participate over the course of the trial run in Venice, the scanned bodies will begin to form a new planet.

"Take a large population of humans, strip them of all social, racial, cultural, sexual, political and economic constructs and bring them together so that they stay in close proximity for a substantial amount of time. That would be the ultimate revision of human architecture," said Julijonas Urbonas, the founder of the Lithuanian Space Agency. "Increasingly, we become aware of the fragility of Earth and the human species. More and more, we realise that we might not have an appropriate survival plan when the doomsday comes. What are the alternatives? There are two options: a planetary-scale funeral or a monument for the history of Earth and its inhabitants," stated the curatorial team.

"It is time to consider both’, says Urbonas. ‘Imagination is inseparable from reality and vice versa. They neither contradict each other, nor do they exclude one another. The same goes for architecture. It is as imaginative as it is realistic."

"Scientific and architectural speculations are informed by social and technological constructs as much as they themselves inform those constructs. So, on this level, Planet of People is as real as the Eiffel Tower. The only difference between them is that one is yet to be built," added the curatorial team. 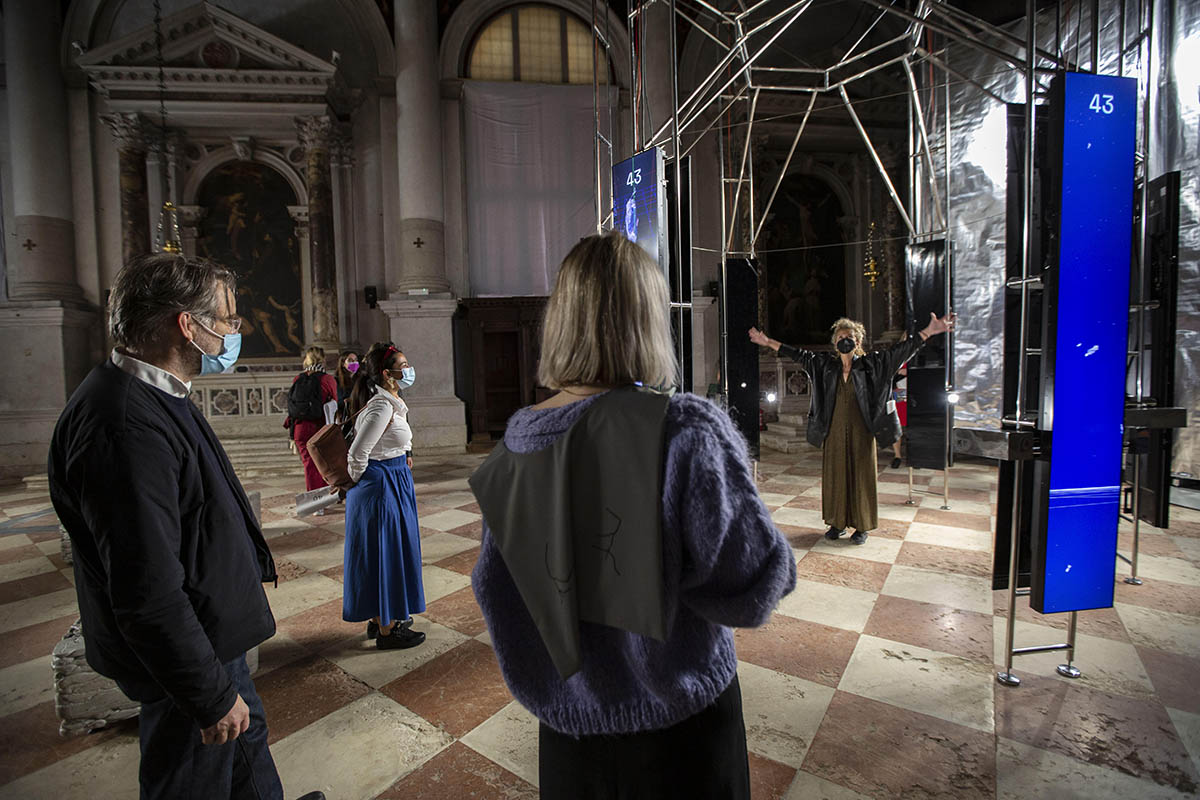 These so-called prototypes are based on Urbonas’ research into gravitational aesthetics, a name he has given to a genre of architecture, design and art. 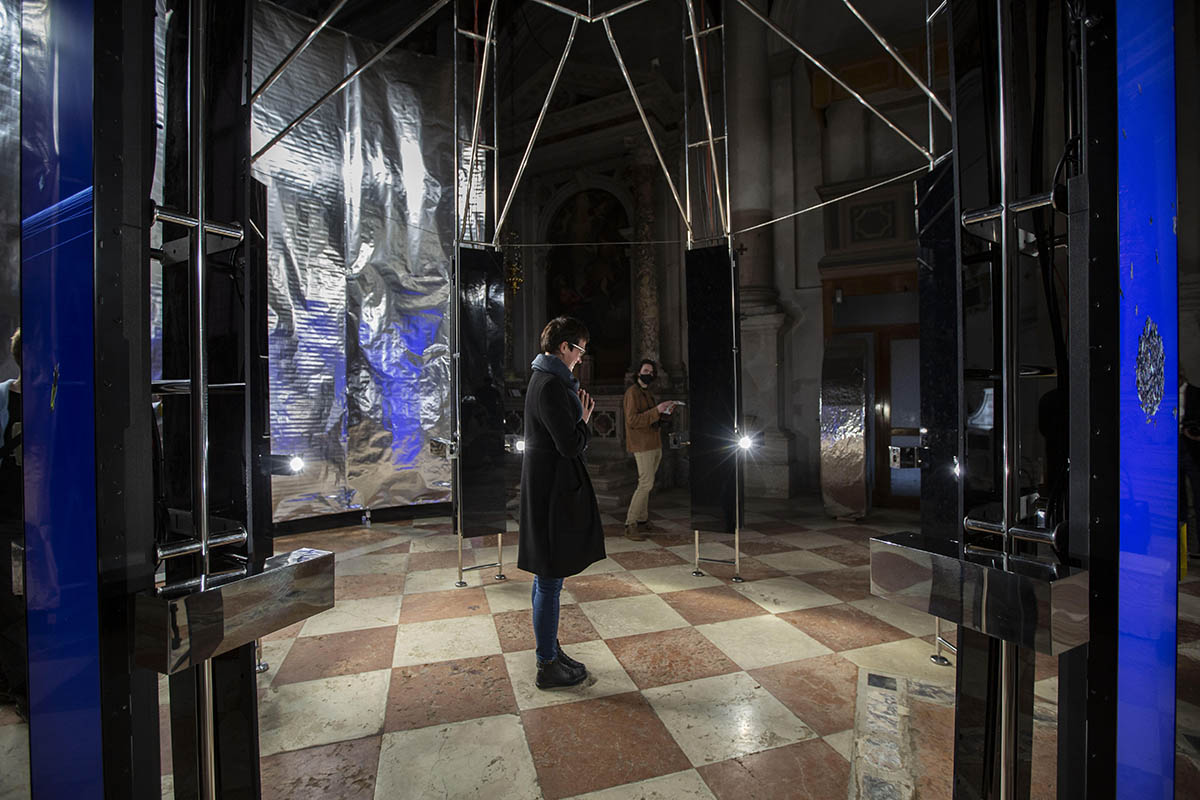 Gravitational aesthetics is concerned with the choreographing and locomotive power of things, both real and imaginary, and the effects these choreographies have on the sensual, psychological and social domains.

Consider, for example, Cumspin, which uses artificial gravity to enhance human sexual pleasure, or Euthanasia Coaster, a roller coaster that ends in euphoric death. These works and research have formed the basis of the main installation, Planet of People. 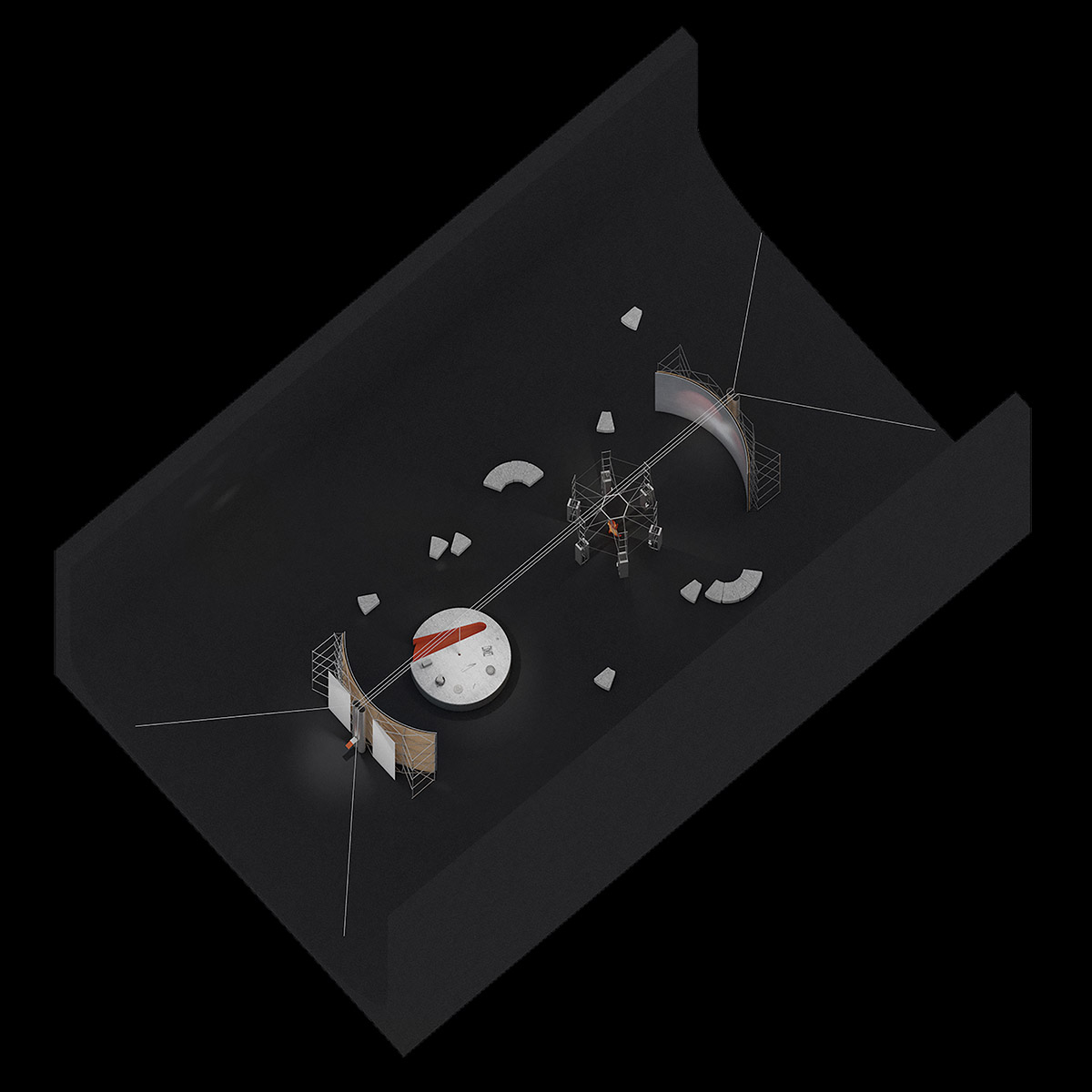 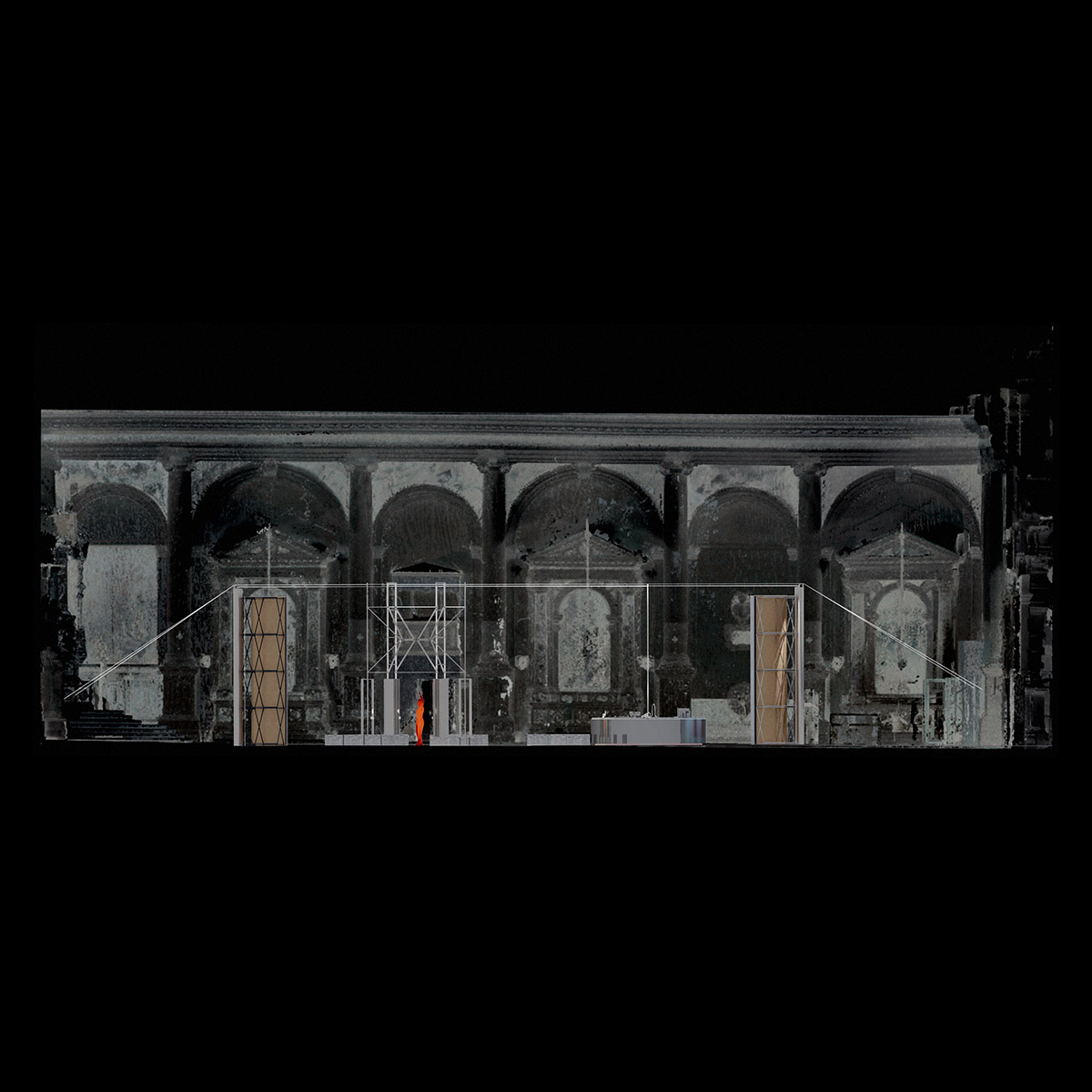 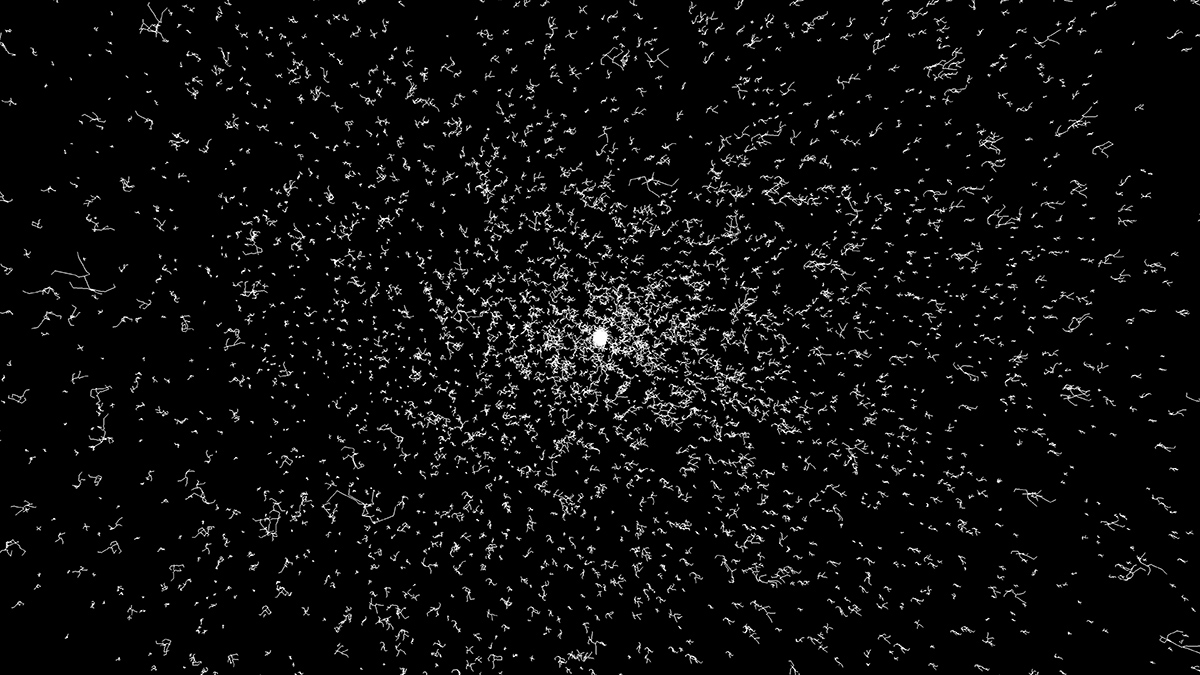 The LSA has also announced the release of their first annual report, which will be available for purchase at the exhibition and on the agency’s website.

The report includes several texts on gravitational aesthetics by Urbonas and contributions from other members of the LSA. The major part of the report is dedicated to an in-depth presentation of Planet of People with feasibility studies conducted by a number of researchers from different fields of planetary science, such as space architecture, design, art and engineering, astroanthropology, astronomy and astrophysics.

All images © Aistė Valiūtė and Daumantas Plechavičius, courtesy of the Lithuanian Space Agency unless otherwise stated.